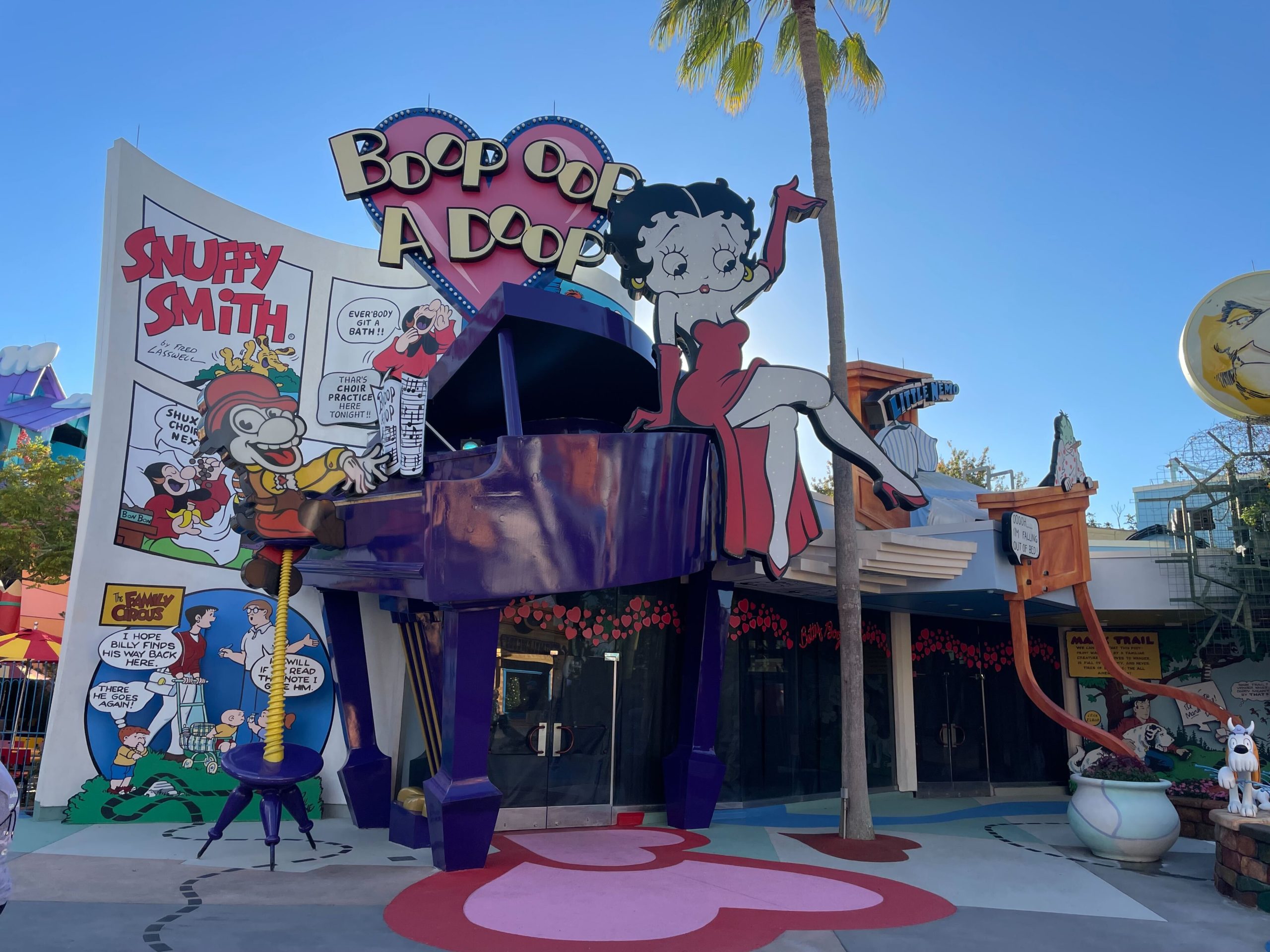 As we reported earlier this year, the Betty Boop Store in Toon Lagoon at Universal’s Islands of Adventure will become a new Universal Orlando Annual Passholder lounge. The current lounge at Universal Studios Florida will close on December 31.

Currently, Passholders can purchase exclusive merchandise and pick up their complimentary UOAP magnets from Toon Extra in Toon Lagoon, but there’s no actual lounge area in Islands of Adventure.

Universal posted a “teaser” for the move that drops the new location in via wordplay. It’s slated to open in early 2023, but an official opening date has not been announced.

The store is currently open, and a closing date for the transformation has not been announced. The façade will likely be left alone for the most part to maintain theming.

The current UOAP lounge in Universal Studios Florida provides a place for Passholders to step in out of the heat, relax, and purchase exclusive AP merchandise. It’s also a place to pick up any current complimentary passholder gifts.

Stay tuned (or TOONed) to UPNT for further updates.

What do you think about the lounge moving to Islands of Adventure? Let us know in the comments.