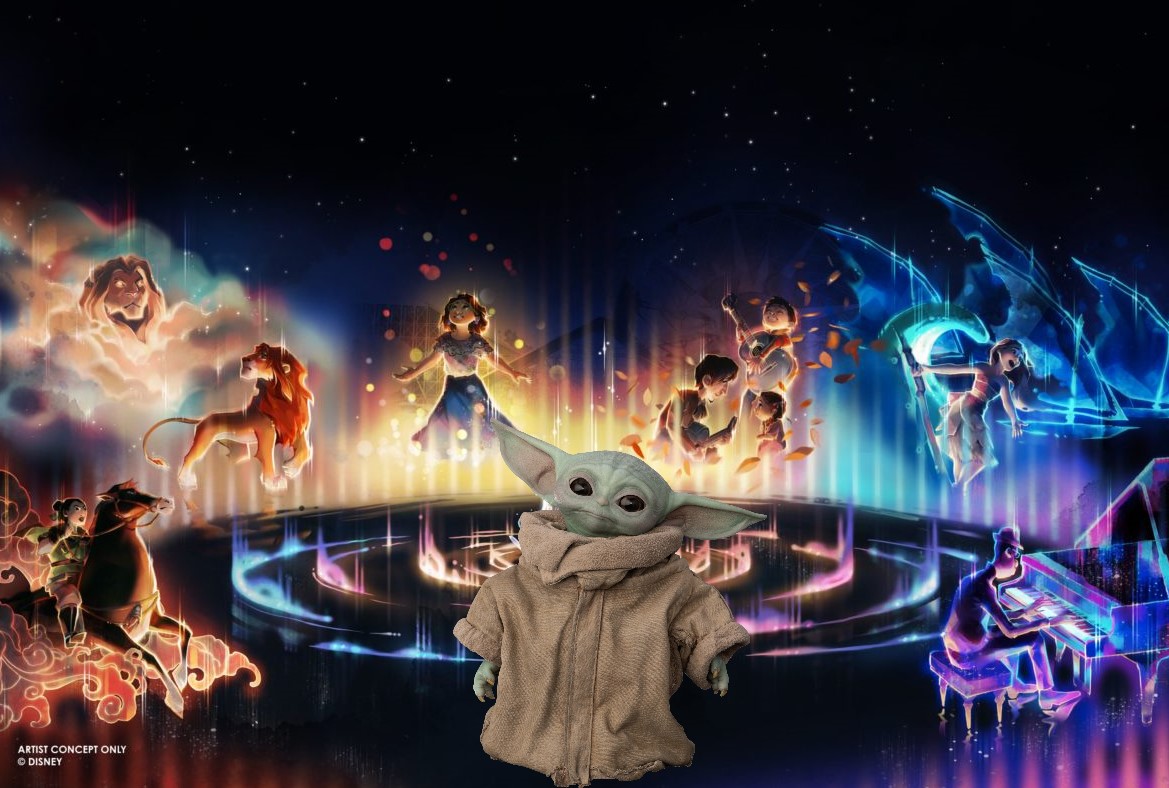 The new World of Color — One nighttime spectacular is coming to Disney California Adventure on January 27, and it will reportedly feature a “Star Wars” segment.

The “Star Wars” segment is reported to feature moments from the Skywalker Saga (yes, including the sequel trilogy) and “The Mandalorian.” Sources indicate there is an appearance from fan-favorite baby Grogu.

The World of Color shows feature clips from Disney movies played on water screens on Paradise Bay and utilize lighting, music, lasers, and other effects. The new World of Color — One is part of the Disney 100 Years of Wonder celebration in honor of the studio’s 100th anniversary. “Star Wars” may not have been part of Disney’s legacy for long, but it is certainly a prominent part now.

“World of Color — One” will perform twice nightly on January 27 and 28, at 9:00 p.m. and 10:15 p.m. It will “celebrate the storytelling legacy started by Walt Disney a century ago and tell a new story of how a single action, like a drop of water, creates a ripple that can grow into a wave of change. It brings some of the most courageous, loving, and inspiring characters to life in new ways.” The show will also feature a new original song, “Start a Wave.”

If that’s not enough Grogu or “The Mandalorian” content at Disneyland Resort, guests can also meet Din Djarin and his former bounty in Star Wars: Galaxy’s Edge at Disneyland park.

For more 100 Years of Wonder celebrations at Disneyland Resort, check out the following:

Disney's Boardwalk Inn Recreation Cast Members Dance Along to 'We Don't Talk About Bruno'February 26, 2022
Get 'Fired Up' With a New 'Inside Out' Bottle From Disneyland ResortApril 15, 2022
First Voyage Aboard Star Wars: Galactic Starcruiser, Video of Loading Station for Guardians of the G...March 1, 2022

Edie Falco Filmed ‘Avatar 2’ So Long Ago, She Thought it Had Been Released and Bombed

1 thought on “RUMOR: World of Color – One Will Have ‘Star Wars’ Segment Featuring ‘The Mandalorian’ & Grogu”