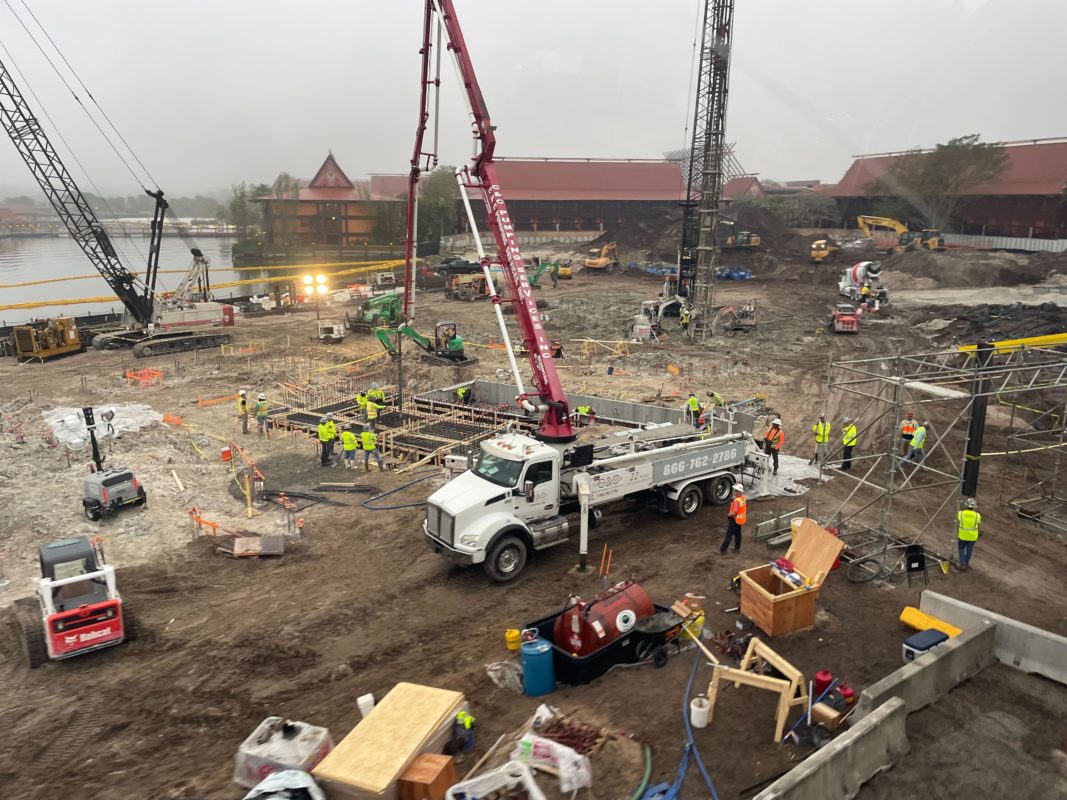 Piling continues and concrete pumping has begun at the construction site of the new Disney Vacation Club wing at Disney’s Polynesian Village Resort, which replaces the demolished Spirit of Aloha building.

There are still plenty of digger vehicles at the construction site for moving dirt around, plus two concrete mixer trucks.

These archways are where vehicles enter and exit the construction site.

There has been a lot of progress since our last construction update. There is now a large rectangle of concrete in the ground, where several crew members were working.

There are small pieces of rebar in the ground a few yards from the concrete section.

Immediately adjacent to the concrete are wood planks outlining another section of the foundation.

This vehicle is pumping concrete into the area for more of the foundation.

Closer to the Seven Seas Lagoon is a larger outline of wood planks and plywood sheets. This section of the beach is of course closed during construction.

The hotel received a new Monorail station and port-cochére. The entrance to the resort was redone as well to match the new structures. Kona Café recently reopened after an extensive refurbishment, with all new seating, decór, and more.

The Kiki Tikis Splash Play Area was also repainted and refreshed. Currently, the Lava Pool slide is closed for refurbishment.