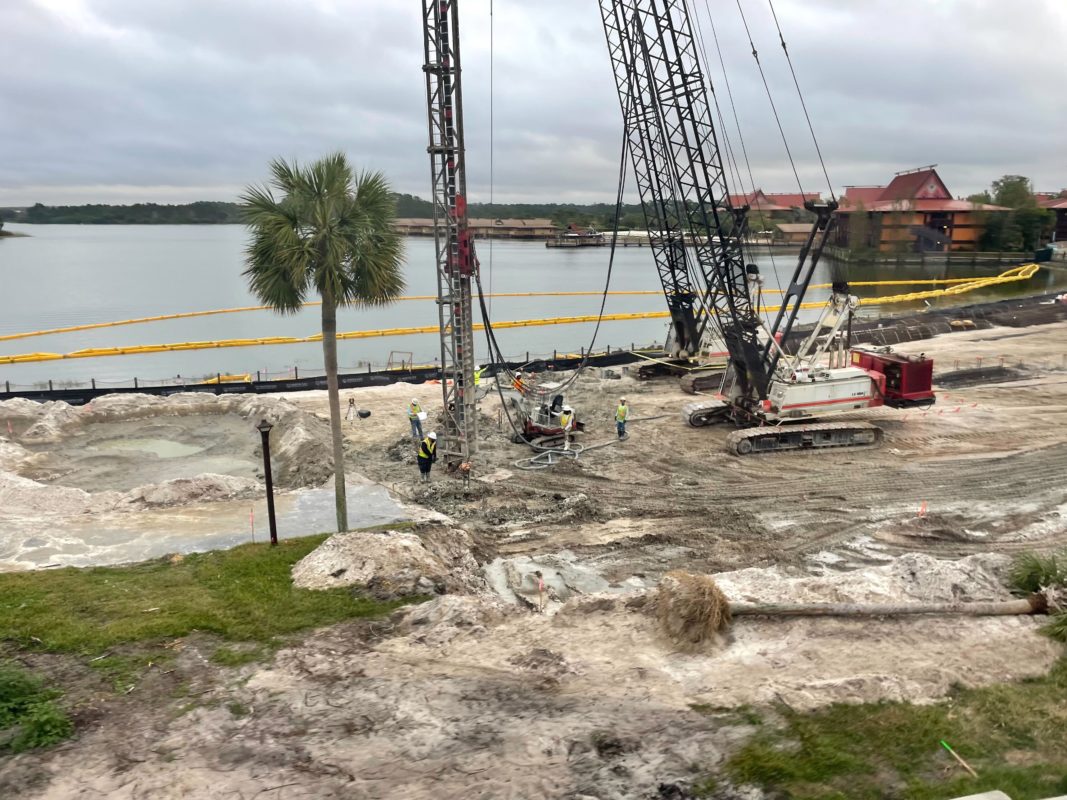 Following the demolition of the Spirit of Aloha building, Disney is constructing a new Disney Vacation Club wing at Disney’s Polynesian Village Resort. Piling is underway at the construction site as crews continue working on the new building’s foundation.

We’ve been watching dirt piles move around the site for several weeks.

The land has been mostly flattened.

Multiple construction vehicles, trucks, and a concrete mixer are parked at the site.

This archway is where vehicles enter.

There are three dumpsters full of rubble.

We saw crew members using this excavator to clear dirt.

These tall construction vehicles are pile drivers, used for foundational piling. This is where we saw most crew members working during our most recent Monorail trip. Pilings are often used for foundations, especially in areas where the water table is high. Florida’s water table is particularly high, so this is a common practice in construction here.

The hotel received a new Monorail station and port-cochére. The entrance to the resort was redone as well to match the new structures. Kona Café recently reopened after an extensive refurbishment, with all new seating, decór, and more.

The Kiki Tikis Splash Play Area was also repainted and refreshed. Currently, the Lava Pool slide is closed for refurbishment.