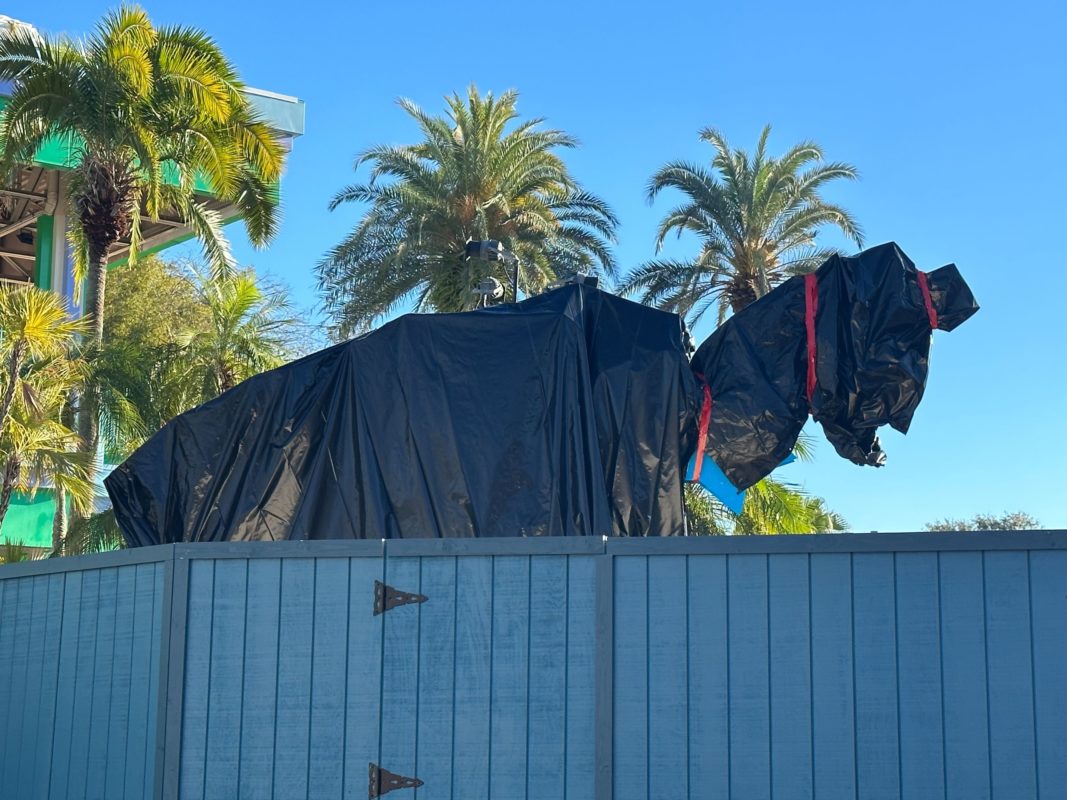 It’s the end of an era at Universal Studios Florida, as overnight, construction walls are now up around most of Woody Woodpecker’s KidZone.

The sign welcoming guests to the land has also been covered. It’s unclear whether this signals the end of the land itself, though as of the writing of this article, the surviving locations still have Woody Woodpecker’s KidZone listed as their home land on the Universal Orlando Resort website.

Studio Directories are installed on the wall, directing guests to the E.T. Adventure, Animal Actors – On Location!, SpongeBob StorePants, and nearby restrooms. KidZone Pizza Company is also expected to survive, however, the restaurant is temporarily closed.

Animal Actors – On Location! can still be accessed from the bridge leading to Springfield. U.S.A.

The walls span most of the land, leaving a narrower walkway reaching all the way back to the E.T. Adventure.

It’s a slightly awkward path, as trees are still in the way, but when crowds are light, it’s not as hard to reach the park’s last surviving opening day ride.

The E.T. Adventure was running while we visited, with the slides of Fievel’s Playland still visible from the entrance.

The walls extend slightly into the ride’s queue area.

As the attractions have just closed, they can still be seen from behind the walls for now, though demolition isn’t far behind.

A big planter partially blocks the way leading back to SpongeBob StorePants.

No replacement for the attractions has been announced yet.

Which part of Woody Woodpecker’s KidZone will you miss the most? Share your thoughts in the comments!

2 thoughts on “Construction Walls Up, Sign Covered as Most of Woody Woodpecker’s KidZone Now Permanently Closed at Universal Studios Florida”