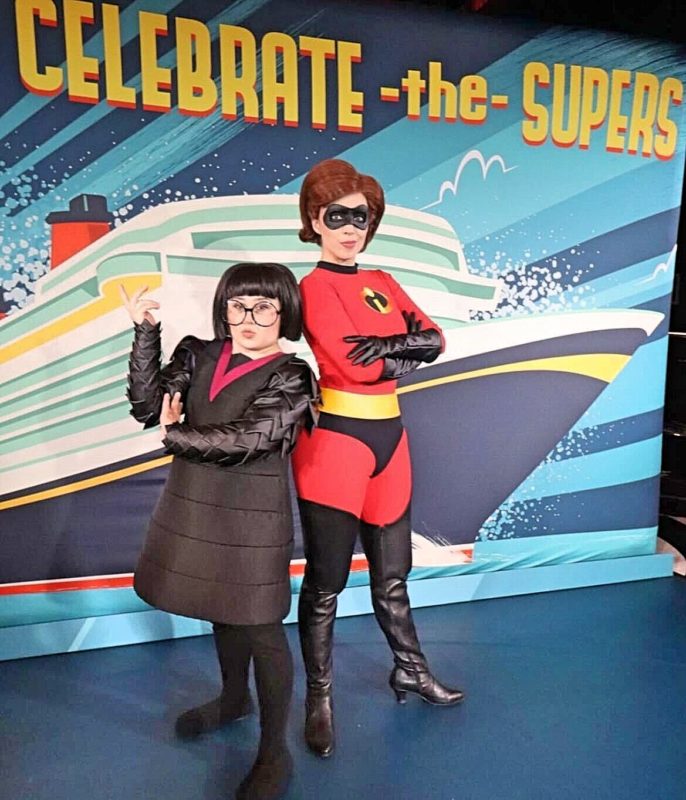 In the past, whenever characters from “The Incredibles” made an appearance, they were always costumed characters with large masks. However, at this meet-in-greet posted from Disneylists.com, it now appears at least Edna and Mrs. Incredible will be portrayed by face characters similar to many characters found in the parks, including Snow White, Cinderella, Peter Pan, and many more.

In January of last year, Disney announced that guests on special sailings of the Disney Fantasy cruise line would have the opportunity to experience Pixar Day at Sea, an immersive event featuring the beloved characters and stories of Pixar’s films. This event is designed to provide a unique and memorable vacation experience for guests.

During these specialty-themed cruises, guests will have the opportunity to meet a number of their favorite Pixar characters from “Toy Story,” “Monsters, Inc.,” “The Incredibles” and “Inside Out,” along with Miguel (“Coco”), Remy (“Ratatouille”) and Dug and Russell from “Up.”

Additional activities during Pixar Day at Sea include the Pixar Pals Celebration, Crush’s Totally Awesome Pool Party, and a special celebration featuring The Incredibles as guests of honor at the end of the event. These activities are designed to add even more excitement and entertainment for guests during their vacations.

Are you on the Pixar Day at Sea cruise? Have you met the new Edna and Mrs. Incredible yet? Let us know in the comments.

Up to 30% Off and $150 Resort Credit Offers Announced for Aulani, A Disney Resort & Spa