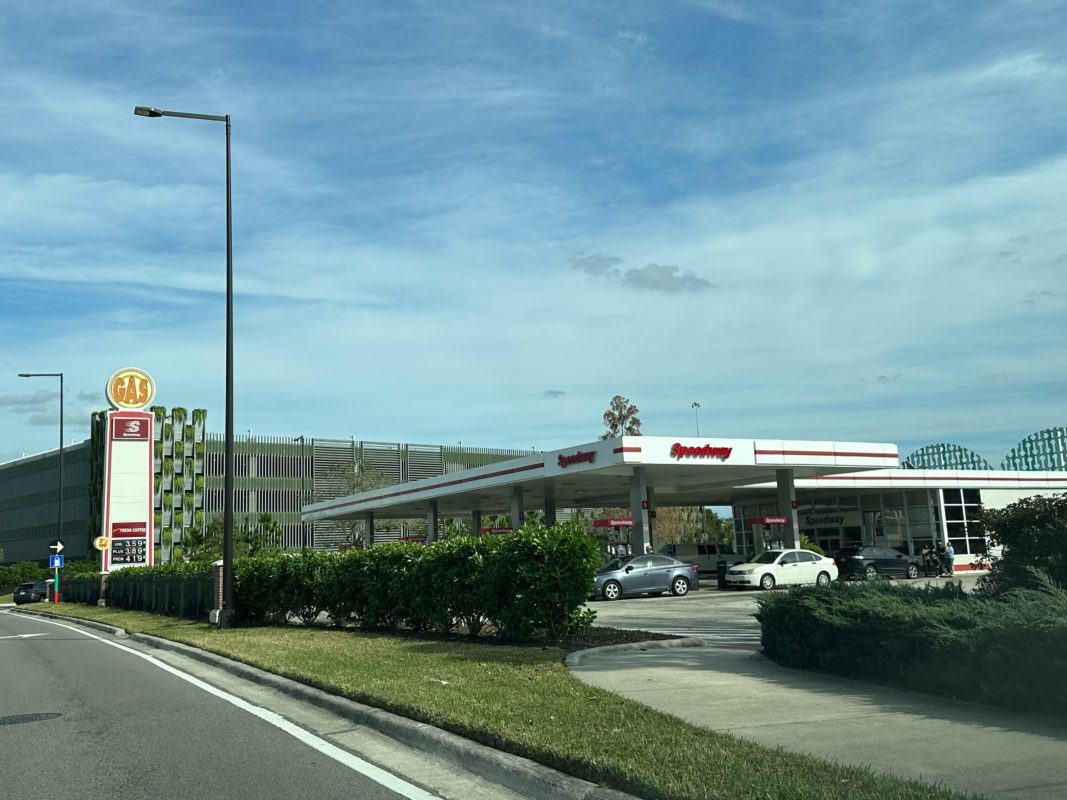 The Disney Springs Speedway had more than $2,000 stolen when an overnight employee was apparently tricked by a fraudster posing as a company leader into putting money from the store’s safe into a digital currency ATM, where the money was stolen, according to a new sheriff’s report describing the bizarre grand theft case.

On October 30, a store employee named Erick was working the overnight shift when he got a call at 3:00 a.m. from somebody claiming to be his boss’ boss, according to an Orange County Sheriff’s incident report that was released this month.

The person on the phone sounded urgent. There was a FedEx rush delivery and an upcoming Fire Marshall inspection, the voice said, and Erick, 30, wrote down invoice numbers and tracking numbers on a note that law enforcement found later.

The voice also instructed Erick “to send a picture of the fire extinguisher to make sure it was still valid. … then asked for (pictures) of the safe and all the money in the safe. Erick sent the pictures,” the sheriff’s report said.

Then the voice on the phone wanted money. Again, this was an emergency for the Speedway company, the voice insisted.

“Erick first attempted to use his own Partners Federal Union credit card to pay towards the Mexican bank account. Erick’s transactions were unable to be processed because his bank canceled his request. The suspect then tells Erick that he needs to leave the store and go towards the nearest Bitstop,” the sheriff’s report said. “Erick takes the money from the safe and leaves the Speedway unattended. The suspect said he would have local law enforcement monitor the store while he was away. Coincidentally, as Erick leaves, an Orange County Deputy Sheriff walks into the unattended store. According to the Deputy’s call log, he remained on a check at the store from 3:58 A.M. to 5:30 A.M.”

Abandoning the store, Erick drove to a Mobil gas station on South Apopka Vineland Road, which had a Bitcoin ATM, and Erick deposited more than $2,000 of the store’s money.

It was too late to get the money back when Erick realized the caller on the phone wasn’t a Speedway supervisor, and law enforcement had been notified.

Tirbhawan Premchand, the Speedway store manager, was alerted something was wrong when an employee called him at 5:30 a.m. and said the “store had been left unattended overnight and the doors were unsecured,” the report said.

Premchand told WDWNT the store still hasn’t gotten the money back, and he hasn’t been updated on the investigation since the incident was reported.

Premchand said there are fraudsters who research online a company’s district managers and corporate leadership and then call potentially vulnerable employees working the overnight shift to try and scheme them out of money. His store has guidelines and training in place to prevent his employees from falling for these ploys,  Premchand said, but the caller apparently gave Erick false reassurance that he was really Speedway leader.

“I don’t know what happened that night… It was not believable at all… The caller explained to him how to get into the safe and how to do all these things,” Premchand said, adding he was disappointed Erick didn’t alert him immediately about what was going on.

Erick, who had been working at the gas station for less than three weeks, is no longer employed there, the store manager said. Erick had worked at a previous store before coming to the Disney Springs location.

“There’s consequences to not following the procedure,” Premchand said. “He could have taken better steps, but unfortunately, he didn’t… There were so many resources that he could have handled it differently.”

The Speedway is located at 1475 E. Buena Vista Drive.

The sheriff’s report said the incident has been forwarded to Economic Crimes and Sector 6 Investigation.