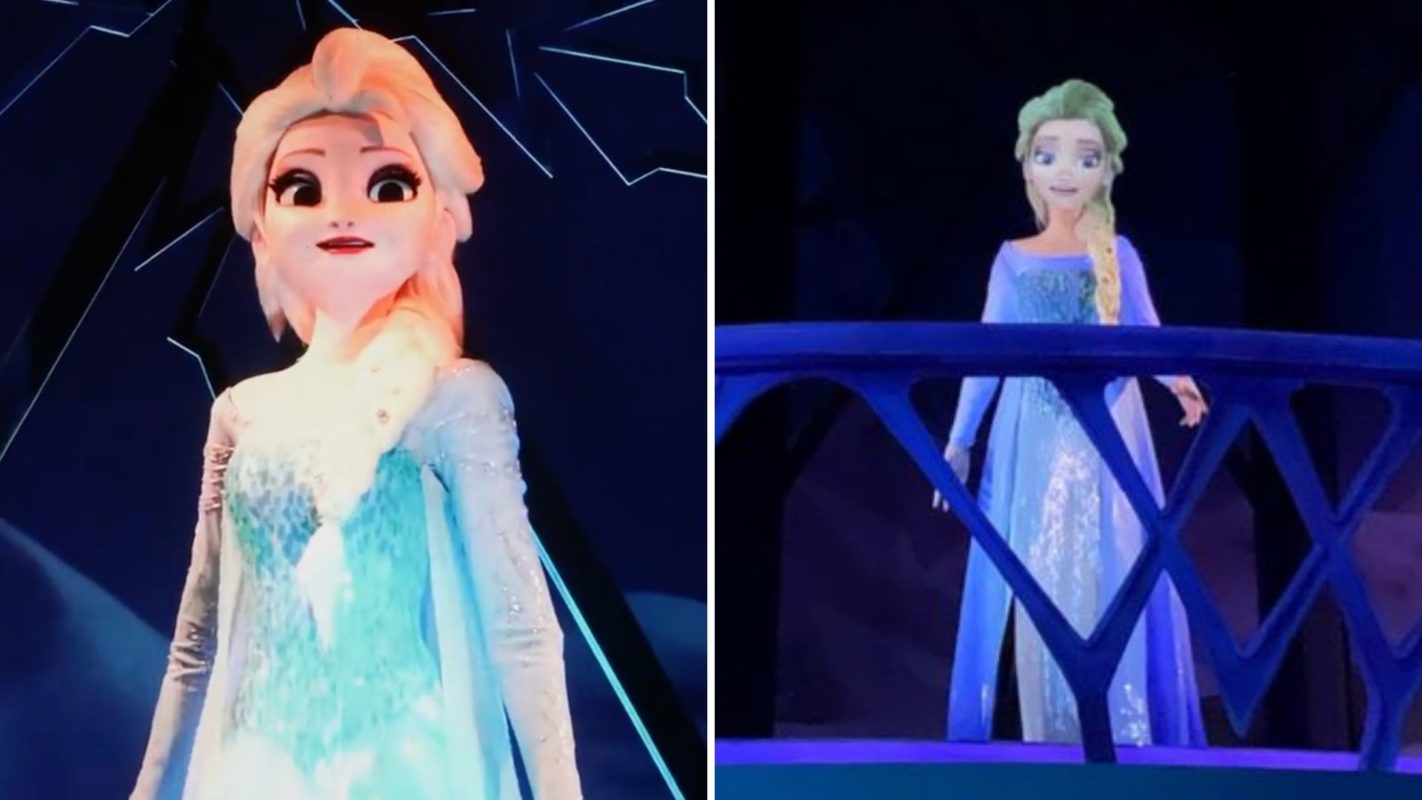 The new version of Frozen Ever After at Hong Kong Disneyland will have an updated Elsa audio-animatronic (and possibly the ride’s other animatronics) that does not have a projected face.

Arendelle: World of “Frozen” is currently under construction at Hong Kong Disneyland. In addition to Wandering Oaken’s Sliding Sleighs, a new roller coaster, it will also have a copy of Frozen Ever After, which replaced Maelstrom at EPCOT in 2016.

HKDL Fantasy shared a video of the new Elsa audio-animatronic on the Hong Kong version of the ride. Watch it in the tweet embedded above or by clicking here.

The animatronic moves just like the one at EPCOT but notably does not have a projected face. Instead, all of Elsa’s features are built-in.

Her mouth opens and her eyes blink. Because her face is built-in, her skin also looks more natural and matches her neck.

For comparison, above is how Elsa looks on Frozen Ever After in EPCOT.

For now, we only know that the main Elsa animatronic has a built-in face, but it seems likely that all of the ride’s animatronics will be the same. The projected faces are one of the biggest criticisms of the EPCOT version of the ride. They have more range of expression than animatronics, but also look unnatural, and if they aren’t working, characters can look creepy.

Above is a technical glitch we caught on Anna’s face back in 2020.

If the new animatronics at Frozen Ever After in Hong Kong Disneyland go over well, it’s possible we could see the versions in EPCOT updated.

Mickey & Minnie’s Runaway Railway at Disney’s Hollywood Studios (and soon at Disneyland Park) relies on the same technology for some of its animatronics, resulting in similar errors.

What do you think of the updated Elsa animatronic at Hong Kong Disneyland? Let us know in the comments.

2 thoughts on “VIDEO: Elsa Animatronic with Non-Projection Face Revealed for ‘Frozen Ever After’ in Hong Kong Disneyland, Will It Come to EPCOT?”