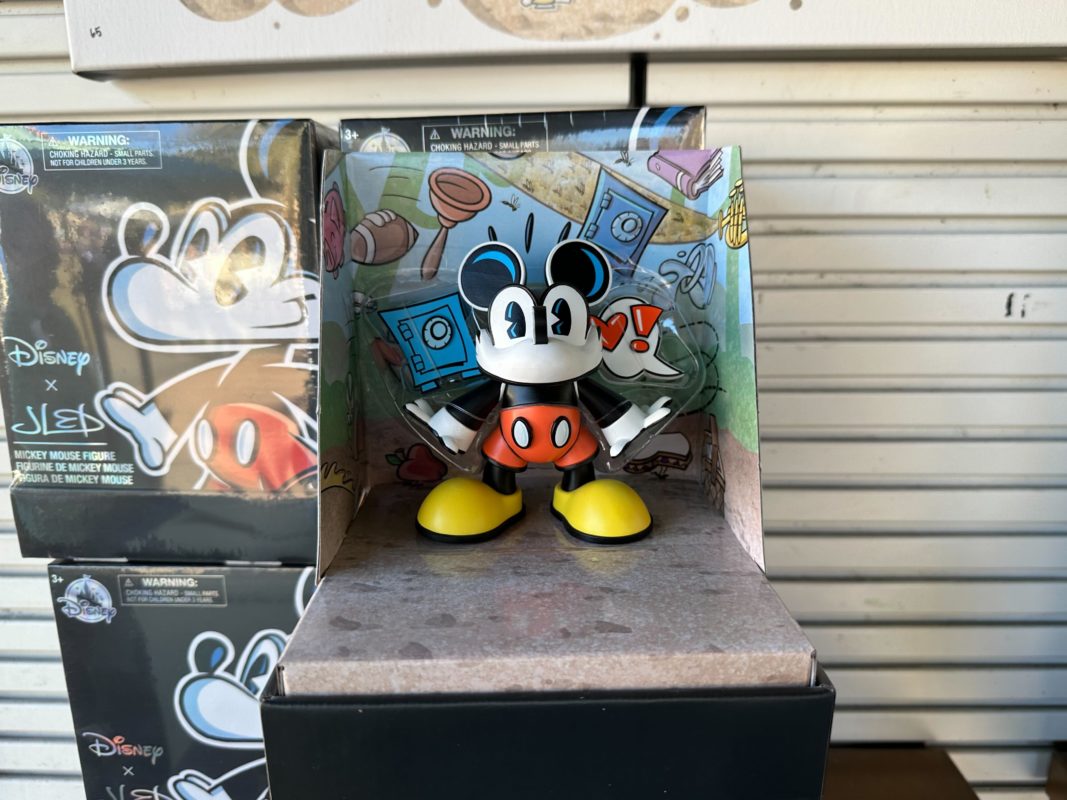 One of the artists making their EPCOT International Festival of the Arts debut in 2023 is Joe Ledbetter, who brings his uniquely-styled vinyl figures to the Canada Pavilion.

January marks the release of Ledbetter’s color vinyl series, which shows Mickey Mouse, Minnie, Donald Duck, Daisy, Pluto, and Goofy in a variety of poses. They’re colored in a style reminiscent of the Disney Channel shorts and Mickey & Minnie’s Runaway Railway, though Minnie wears a blue polka-dotted dress instead of a red one.

Ledbetter was signing this morning. An art print in the same style is also available.

In the announcement of Ledbetter’s debut, Disney said, “Joe Ledbetter is known for his distinctive style in painting and vinyl toy design. He has created a spectacular cast of creatures used to anthropomorphize the human condition. ”

There are color versions of the figures as well as black and white versions. They all have a limited edition size of 1,000.

The insides of their boxes also act as backgrounds, as shown with these displays at the booth.

The booth is open daily from festival opening through festival closing from January 13-21.

Which figure is your favorite? Let us know in the comments, and keep reading WDWNT for more coverage of the 2023 EPCOT International Festival of the Arts!

HAF2Paint Returns for the 2023 EPCOT International Festival of the Arts