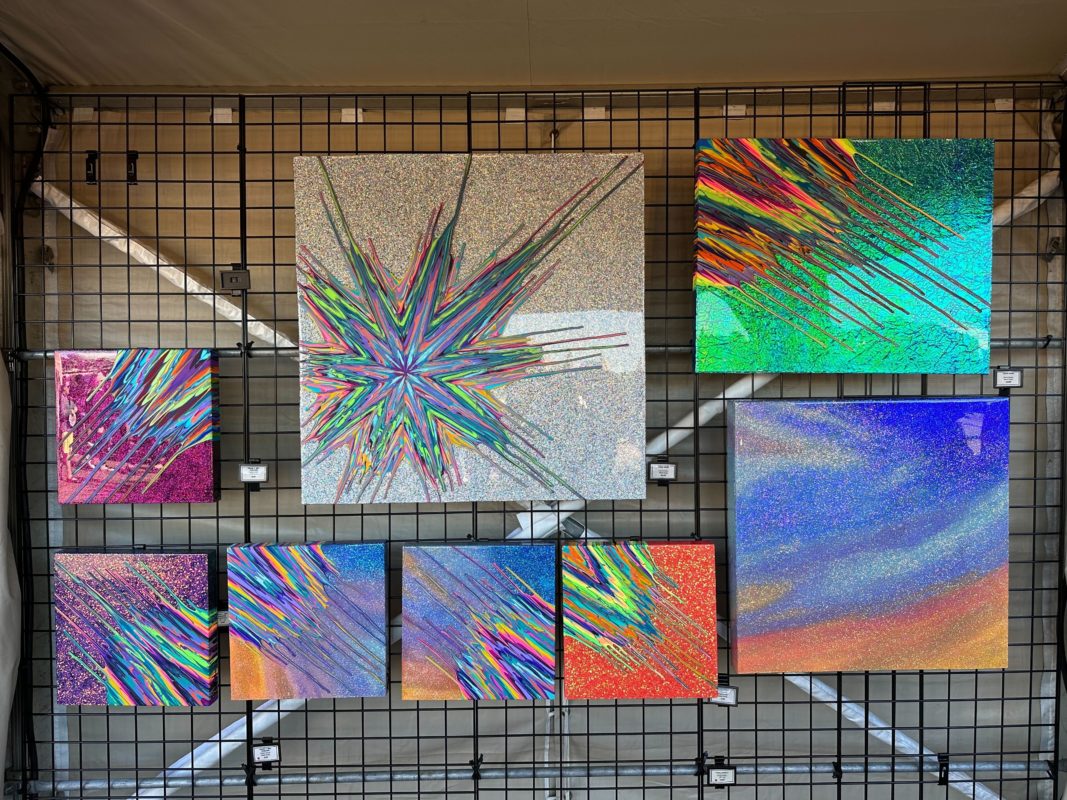 The 2023 EPCOT International Festival of the Arts finds a new location for Paola Gracey’s booth, as it’s been relocated to the Italy Pavilion.

Last year, her kiosk was located near the Mexico Pavilion. Her name isn’t on the booth, just a “festival market” sign, but you’ll be able to spot her work.

In an Instagram post, Gracey revealed that she would be debuting several new pieces during this year’s festival. 2023 marks her fifth appearance.

If you want a piece of Paola Gracey art, be sure to get to EPCOT soon, as her kiosk will only be open through Sunday, January 22. Until then, it will be open during regular festival hours.

Artwork for sale is only one component of the parkwide festival. Guests can also sample creative cuisine at Food Studios and take in displays of fine and performing arts, including the Disney on Broadway Concert Series in the America Gardens Theatre. Keep reading WDWNT for further coverage of the 2023 EPCOT International Festival of the Arts!