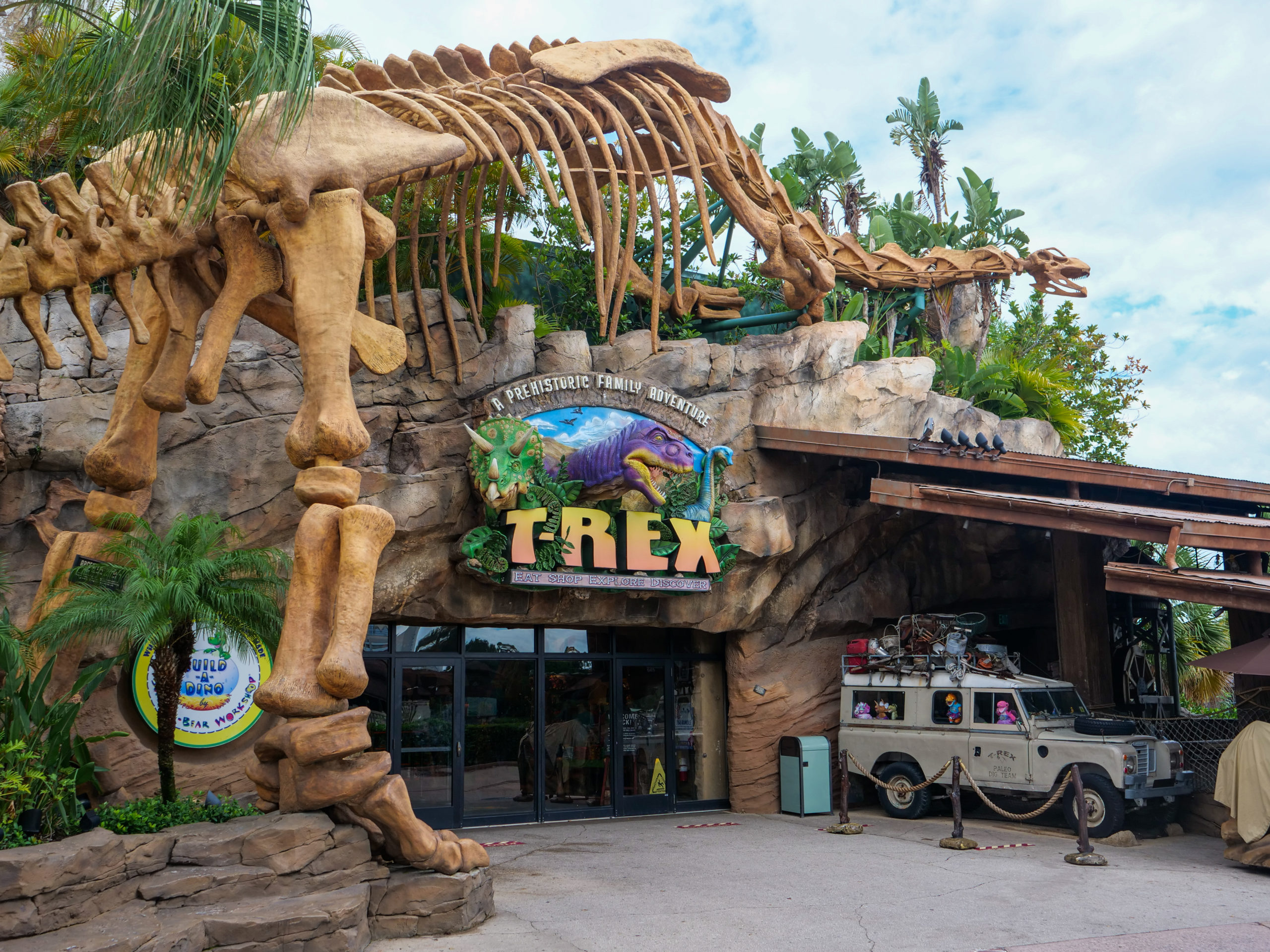 A man’s evening out at Disney Springs led to his wild arrest.

By the time the night was over, the man had fought a restaurant manager, was responsible for knocking over a child and tried to bite the sheriff’s deputy who was going to arrest him, the Orange County Sheriff’s arrest report said. All of it was a public spectacle as the scene happened in front of Disney guests enjoying their evening at the popular shopping and restaurant complex.

The Nov. 26 incident started after Arnett Gregory Jr., 50, of Kent, Ohio, was cut off from the bar at T-Rex Cafe because he was intoxicated. After he fell asleep at the bar, Gregory was asked to leave. He didn’t take it well. He lunged toward the manager and began acting aggressive, the arrest report said.

After saying a few words, Gregory left. But he was not done. He returned to the restaurant 15 minutes later and went into the restaurant’s kitchen, looking for the manager.

The manager told authorities, “Arnett was aggressive and threatening him and wanting to fight. As he was walking Arnett out of the restaurant, Arnett stopped in the dining area (and) lunged at him again, this time pushing him in the chest while yelling and swearing loudly causing a disturbance while other families were eating,” the report said. “(The manager) advised one of the times Arnett pushed him, he fell back into a small child. Once outside the restaurant, Arnett pushed him again and then walked away.”

Out in Disney Springs, Arnett Gregory was soon intercepted by an Orange County Sheriff’s deputy near the Under Armor store.

The deputy asked Gregory to go with him to the front office, to keep him away from the public.

Gregory F-bombed the deputy and refused to go, the report said.

“Myself and other OCSO deputies went to place Arnett in handcuffs, I grabbed his left wrist and began to place it  behind his back, at which time Arnett began to tense, brace and pull his arms to the front of his body attempting to impede us from placing him in handcuffs. While was moving his body resisting us, he lowered his head towards my left arm as if he was going to bite me, I gave a loud clear verbal command, ‘Do not bite me,’” the deputy wrote in the arrest report.

It happened in front of the crowd at Disney Springs.

“Due to Arnett resisting it caused a disturbance in which families stopped what was happening and began to watch,” the arrest report said. “Once Arnett was secured in handcuffs we began to escort him to the office walking him through the crowd of shoppers. Arnett began to yell loudly and cursed, causing several people to stop what they were doing and stare at us.”

He was taken into custody.

“During my interaction with Arnett, I detected a strong odor of alcohol impurities coming from him, bloodshot watery eyes and he had a hard time walking and needed assistance,” the deputy wrote.

Arnett Gregory was arrested and charged with a third-degree felony count of battery on a law enforcement officer and two misdemeanors for battery and resisting an officer without violence. He has pleaded not guilty. His arraignment hearing is scheduled for Jan. 26, Orange Circuit Court records show.

His attorney did not respond to a request for comment.

Alcohol-induced problems at Walt Disney World do happen on a somewhat regular basis. A particularly memorable series of events took place at EPCOT in September, while T-Rex Cafe had another situation on their hands when an intoxicated mother abandoned their child at the restaurant.

4 thoughts on “Man Gets Drunk at T-Rex Cafe, Then Unleashes Dinosaur-Like Rampage at Disney Springs Fighting Manager, Knocking Over Child, and Attempting to Bite Sheriff’s Deputy”