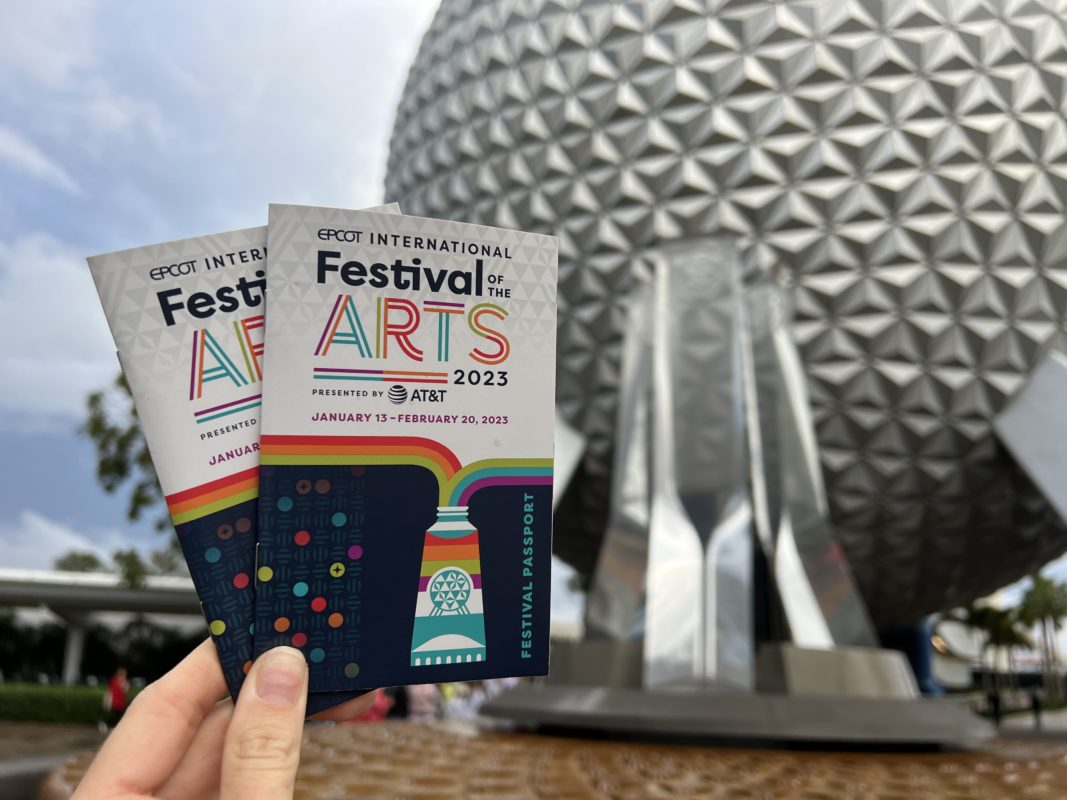 It’s the first EPCOT festival of the year! Let’s take a look inside the passport for the 2023 EPCOT International Festival of the Arts.

The front of the passport features a tube of rainbow paint branded with Spaceship Earth.

On the first two pages, you’ll find a list of sponsors and a table of contents. Also, pay attention to the bottom right corner — the passport acts as a flipbook showing Figment painting.

Next is a detailed list of activities for “kids of all ages,” including the Expression Section, chalk art, Chalk Full of Character, Figment’s Brush with the Masters Scavenger Hunt, photo ops, and the festival’s special Beacon of Magic on Spaceship Earth.

Page four lists where you can find special festival merchandise, and page five has a preview of some of the exclusive artwork available at the festival by Jason Ratner, Ann Shen, Larissa Marantz, and Sam Kirk.

Next is the Disney on Broadway Concert Series schedule. Patti Murin, who originated the role of Anna in “Frozen” on Broadway, is joining the concert series for the first time this year.

More entertainment is listed on the next page, along with information about the festival’s special Disney gift card and then the cuisine key.

Most of the passport is taken up with the various food studio menus.

Each item has a circle next to it so you can check off everything you try.

There are also pictures of some of the items.

Prices are not listed in the passport but are posted at each food studio.

Figment’s Inspiration Station at the Odyssey is new this year. Stay tuned for our reviews of all the food studios!

The Amazing Animation section of the passport has quick activities using images from various Walt Disney Animation Studios films, like spotting the differences between two versions of a “Sleeping Beauty” scene.

The Amazing Animation answer key is on page 37. This is also where the Figment flipbook ends.

The last few pages of the passport are for the Wonderful Walk of Colorful Cuisine, a food scavenger hunt.

Guests can get their stamps on the very last page. After collecting any five of the eligible menu items (and getting stamps for each), they can collect a special completer treat.

Keep checking WDWNT.com for more coverage of the 2023 EPCOT International Festival of the Arts.