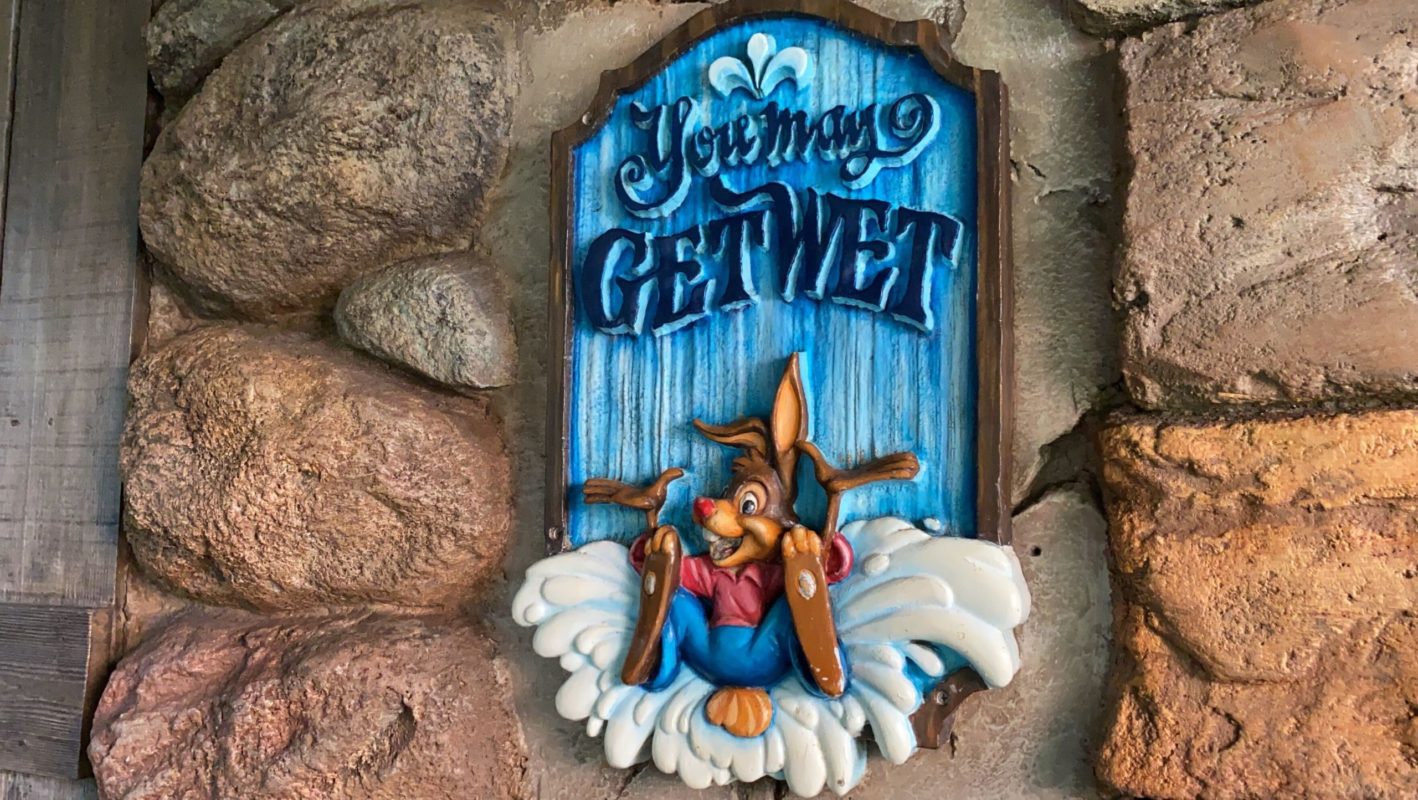 Splash Mountain at the Magic Kingdom is set to end its 30-year-run at the Magic Kingdom on January 22, 2023, but the entire ride may not make it until then. As anticipation begins for the end of one of the most iconic rides in the history of Disney theme parks, one of its most recognizable props has gone missing.

Generations of park-goers have walked past this sign, warning them that they may get wet aboard this wild log flume in Frontierland. Sadly, it seems no one may get to see it again.

The sign is completely gone from the wall in the queue where it has sat since 1992. There’s no official word on what happened to it, but it was reportedly in the queue when the ride opened yesterday morning and then vanished. Rumor has it that a guest may have pried it off the wall and tried to take it home as a memento of the soon-to-close attraction.

A large stain marks where the sign once was.

Some social media reports state the sign was recovered and is now backstage, but again, there is no official word on what happened.

5 thoughts on “PHOTOS: Iconic “You May Get Wet” Br’er Rabbit Sign Vanishes from Splash Mountain Days Before Closure, Did a Guest Try to Steal It?”