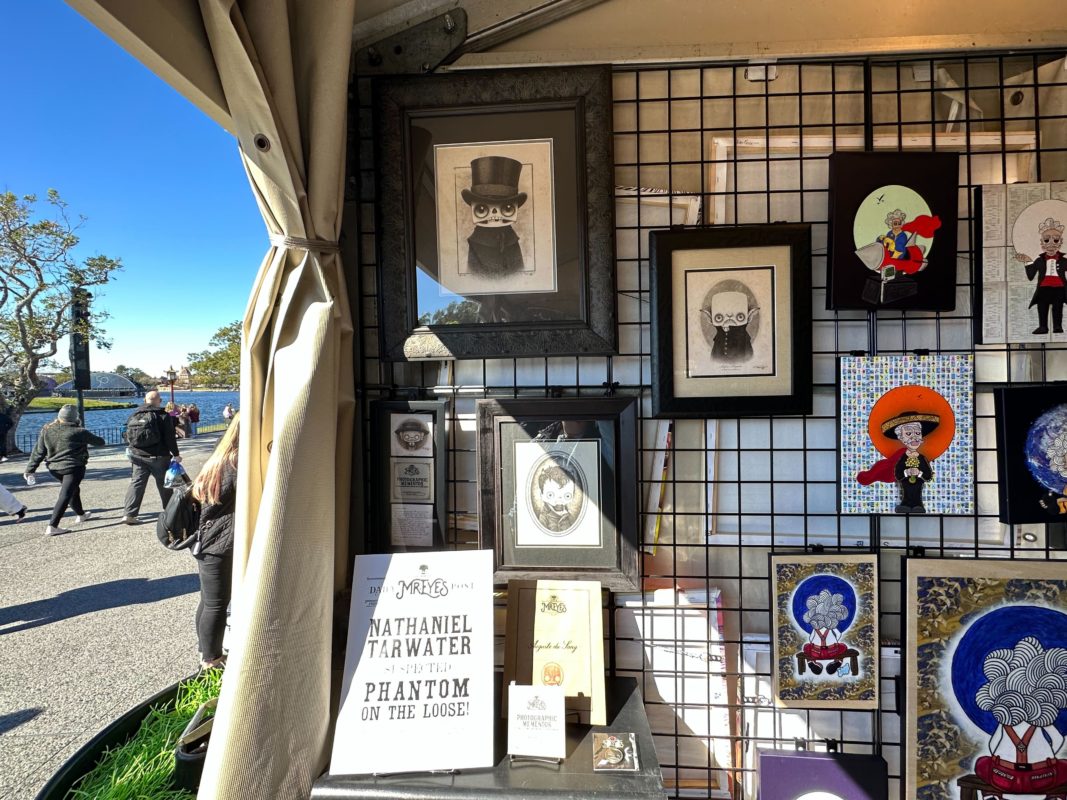 The 2023 EPCOT International Festival of the Arts has begun, bringing colorful art throughout the park. For something with a pop twist, check out the Pop Gallery at the China Pavilion!

The works featured at Pop Gallery are more original than Disney-themed.

These stylized portraits feature some Disney characters, such as Alice. This art is by Jasmine Beckett-Griffith.

There’s also a selection of robot sculptures that appear to be made of recycled parts.

A variety of animal portraits on small canvases are available from Alan Foxx.

Foxx will appear at the gallery with the following schedule:

Terribly Odd is run by Mr. Eyes (also known as Michael Reyes), and known for their art shown at Gideon’s Bakehouse. They will have art featuring two characters exclusive to the festival: Dr. Nathaniel Tarwater and Narfino Necropolus, better known as cousin Narfi.

The Nathaniel 11″x14″ prints are in a limited edition of 250 pieces, while Narfi prints are open edition. There are also a number of Miserable Amulet pins for sale.

Terribly Odd will be available for signings on the following schedule:

Many of Bloodworth’s pieces are still lifes.

Bloodworth will sign at the studio on the following schedule:

Beyond artist kiosks around World Discovery and World Showcase, the park is home to many beautiful methods of expression during the EPCOT International Festival of the Arts, including fine and performing arts displays, as well as savory and sweet culinary options at Food Studios.

1 thought on “Pop Gallery Features Gideon’s Bakehouse Artist, Robots, and More During the 2023 EPCOT International Festival of the Arts”