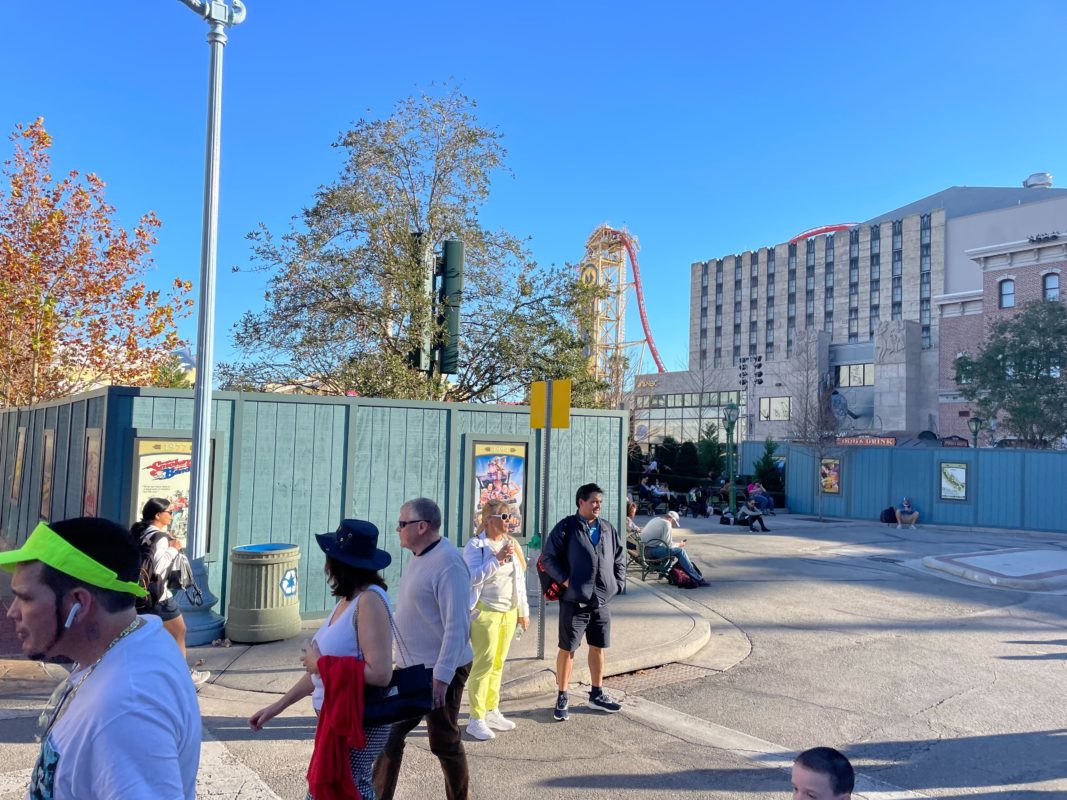 Yesterday we showed you that the Gramercy Park food booths in Universal Studios Florida are now behind construction walls. As you can see from the photos we snapped today, one of the booths has already been removed, so its demolition is a little more than a “rumor”.

These two food stands have long stood on both sides of Gramercy Park near The Revenge of the Mummy in the New York area of Universal Studios Florida. One stand serves pizza, while the other serves popcorn.

Rumor has it that upon return, the pizza stand will serve three different types of calzones made by the same company who makes the pepperoni pizza skulls made famous at Halloween Horror Nights 31. The pizza skulls also made it to the menu at The Mess Tent at Universal’s Islands of Adventure last month.

Gramercy Park is also home to what is now the park’s only smoking area.