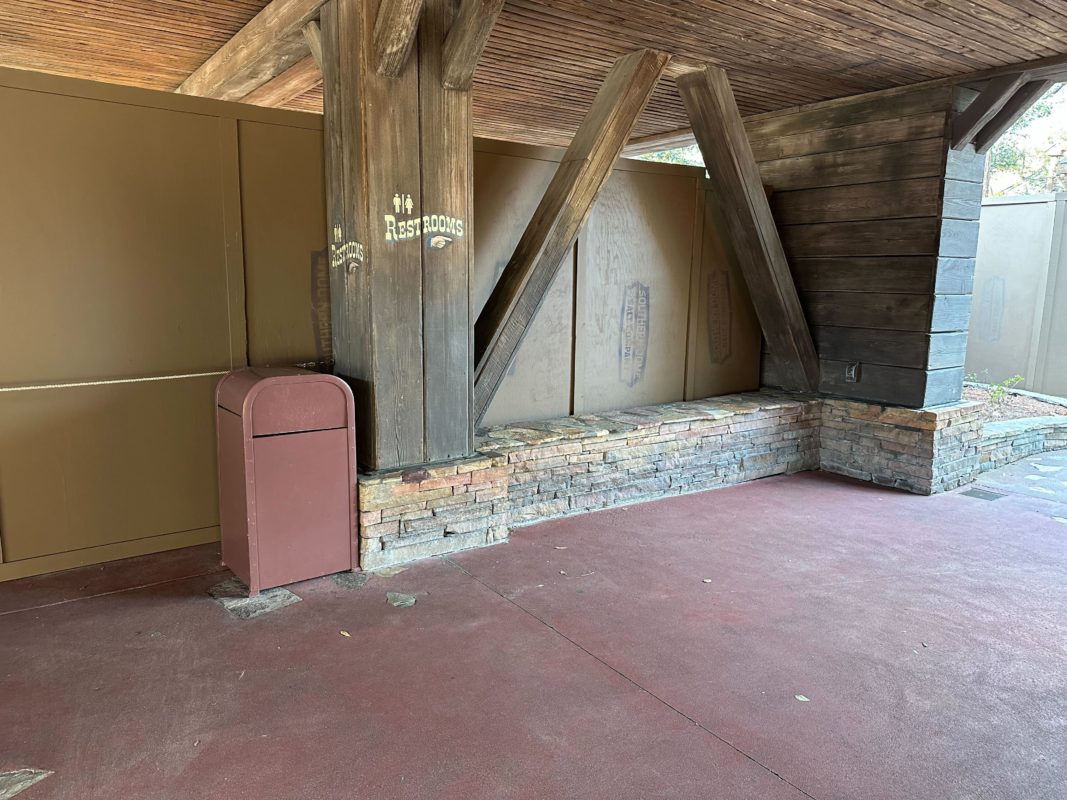 Walls are up beneath the Walt Disney World Railroad train station where a pressed penny machine had designs for both Splash Mountain and Big Thunder Mountain Railroad.

This pressed penny machine was actually only installed in September 2020, months after it was first announced the attraction would be rethemed.

A day before Splash Mountain closed, we saw guests lining up for the other pressed penny machine in Splashdown Photos.

Cast Members confirmed that the penny machines have been removed.

The nearby Laughin’ Place play area is still open.

Here is the penny machine as it appeared when it was first installed.

It had designs featuring the Big Thunder Mountain Railroad train, a vulture, Br’er Rabbit, and Mickey and Minnie.

Read our complete history of Splash Mountain and join us for one last ride.

Construction walls around Splash Mountain reference Tiana’s Bayou Adventure, which has also been added to the Magic Kingdom virtual map.

Disney says that in the upcoming attraction, guests will “join Princess Tiana and jazz-loving alligator Louis during Mardi Gras season as they prepare to host a one-of-a-kind celebration for the people of New Orleans.” It’s scheduled to open in late 2024.