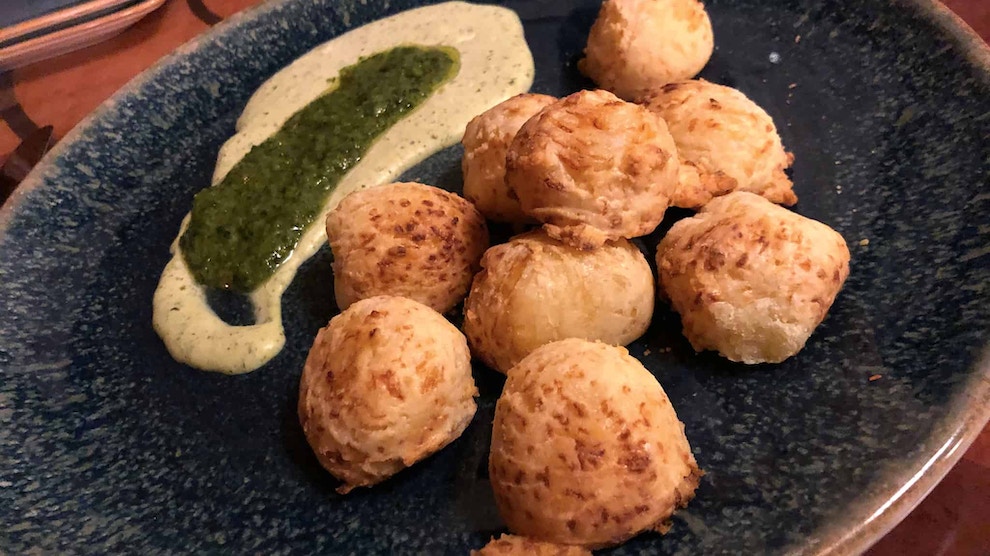 On a recent trip to Skipper Canteen at the Magic Kingdom, we’d originally gone to have some of our favorite go-to’s, namely the Shiriki Noodle Salad and the Perkins Thai Noodles. All seemed normal until our server whipped out a “Not So Secret Menu” featuring some new and old favorites. That’s right, in the spirit of self-awareness, Skipper Canteen has come up with a secret menu that’s… not so secret.

And now that the secret’s out, we just had to spill the tea. 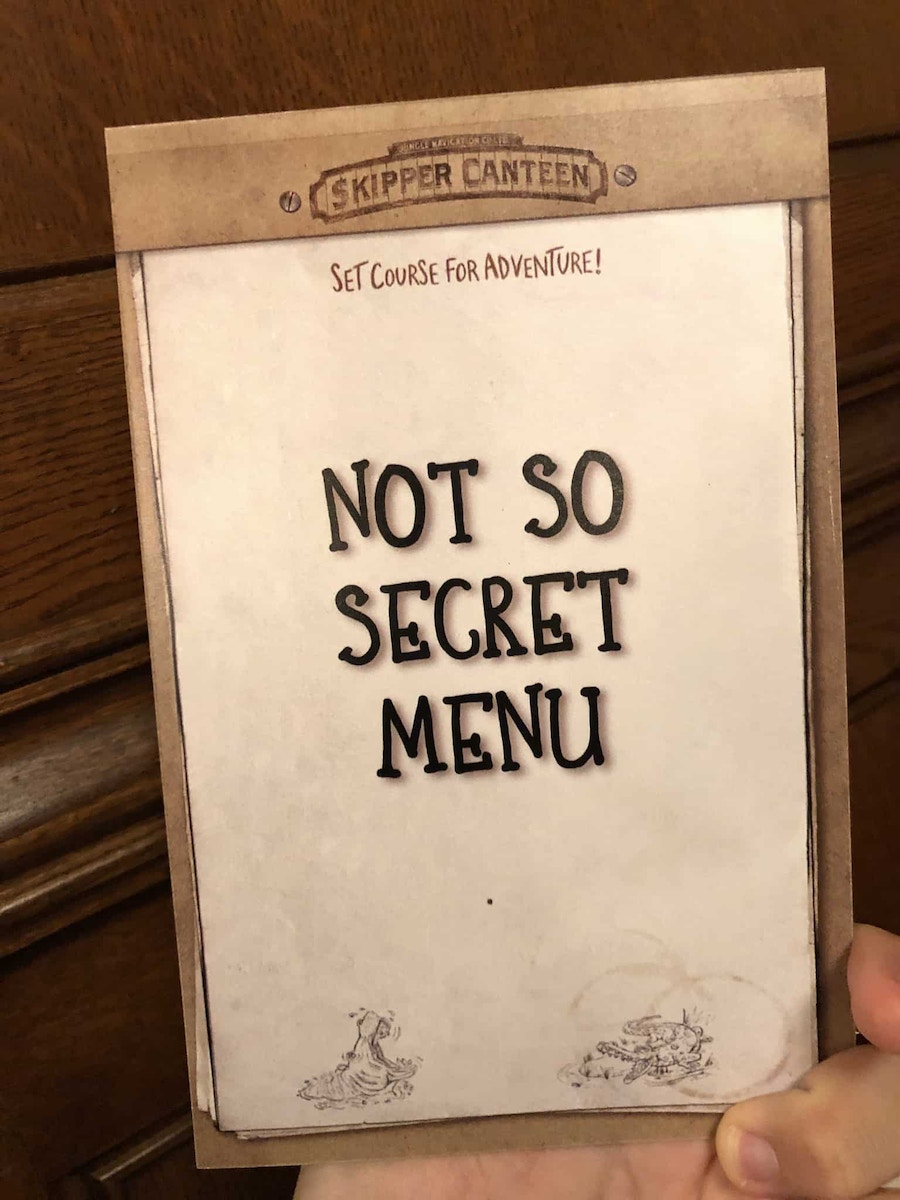 The menu is presented as a small, postcard-sized paper. 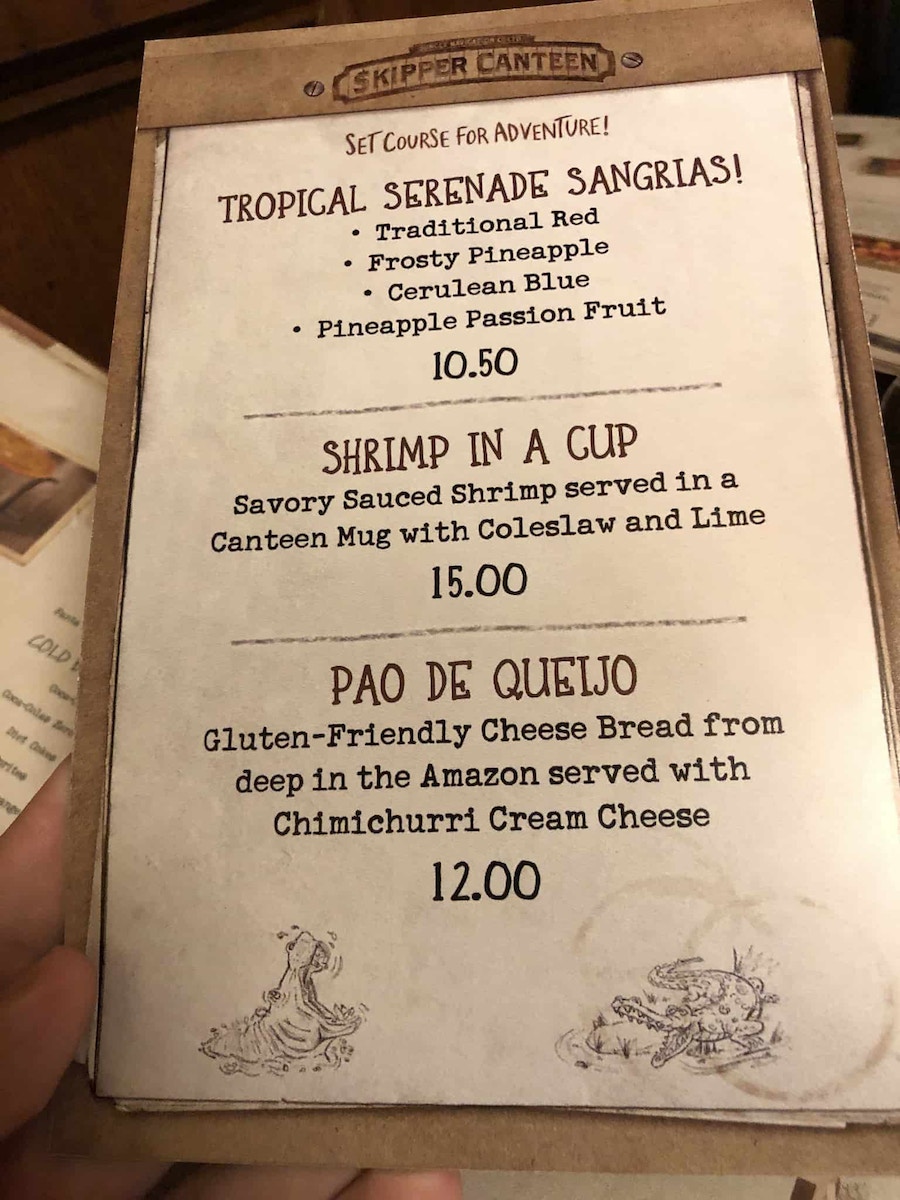 The current Not So Secret Menu features Tropical Serenade Sangrias, Shrimp in a Cup (served in a souvenir Canteen mug), and Pao de Queijo. We decided to embrace the spirit of adventure and go straight for the Amazon with the cheese bread. 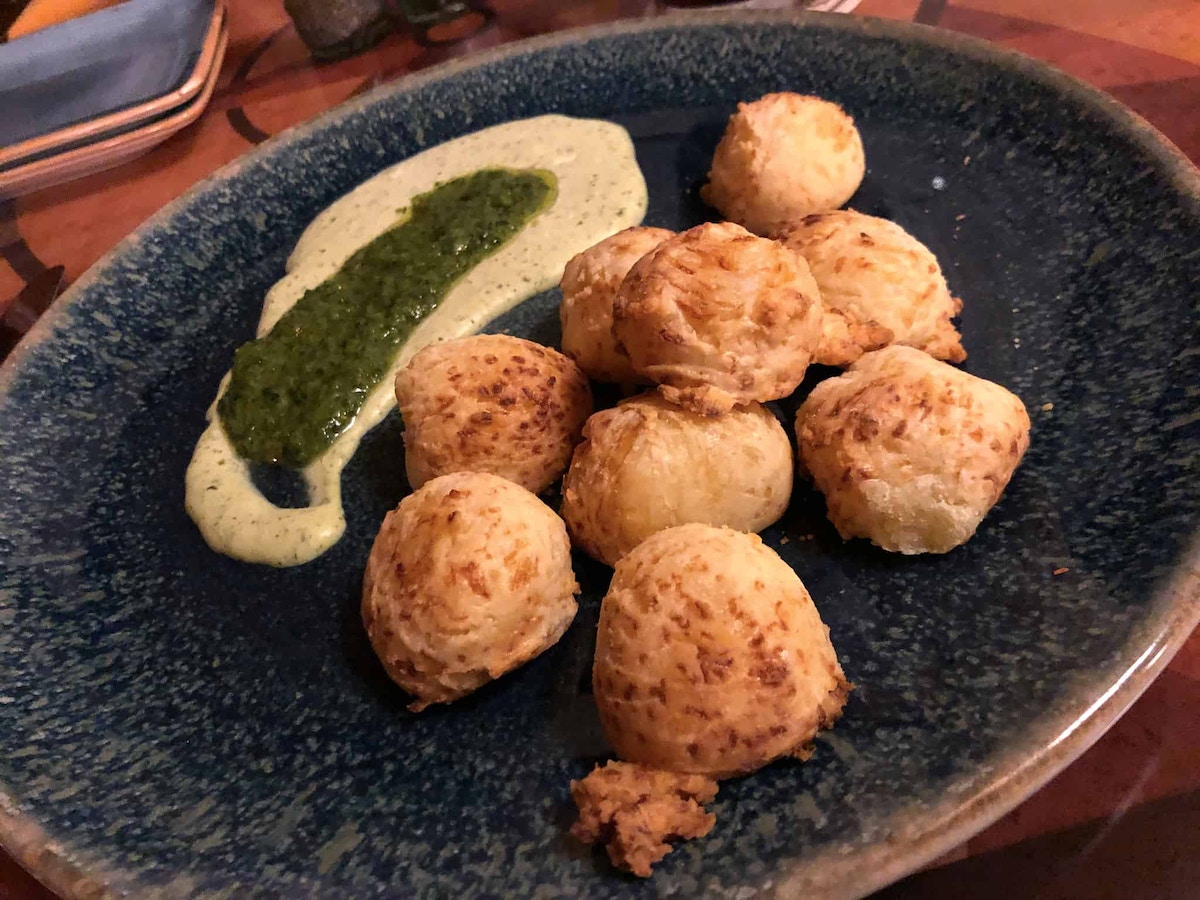 Besides them being gluten-free and containing cheese, we weren’t really sure what to expect here, since no one at the table had ever had pao de queijo. (Arepas, yes. Cachapas, yes. Pupusas, yes. This was new territory even for me.)

Turns out these are gooey, fluffy morsels of bread with the cheese worked into them as opposed to it being a pocket of cheese (like in a mozzarella stick, for example.) They’re light thanks to being made with tapioca and cassava root flours, which is also what makes them gluten-friendly. 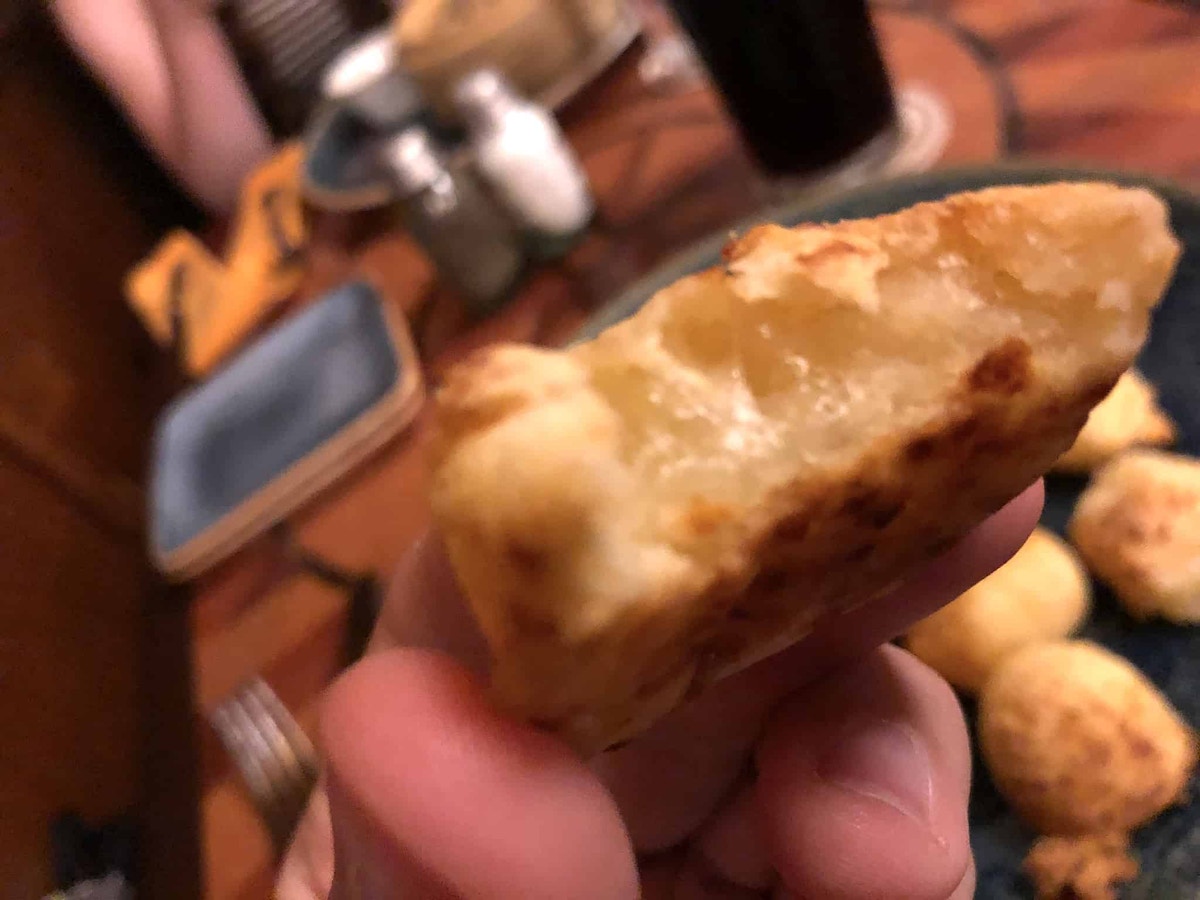 The tiny cheese breads are served with a hearty smearing of chimichurri surrounded by cream cheese chimichurri sauce. Some of us only liked them when dipped in the sauce, but I couldn’t stop popping these bites as-is. The creamy, tangy flavors of the sauce did pair excellently with the breads, too. The chimichurri tasted heavy on the parsley and garlic, giving it a strong kick.

We’d previously reviewed some of these new sangrias (as well as a slew of other new items) back when they were out in the wild and not on the official Not So Secret Menu. Check out our full review of these and more here.

Overall, it’s worth dropping in to Skipper Canteen just for these cheese breads, while they last. Not only are they shareable and gluten-free, but they’re unique street food you really can’t get anywhere else on property, outside of Epcot’s Food and Wine Festival… that is, until the rumored Brazil Pavilion opens. 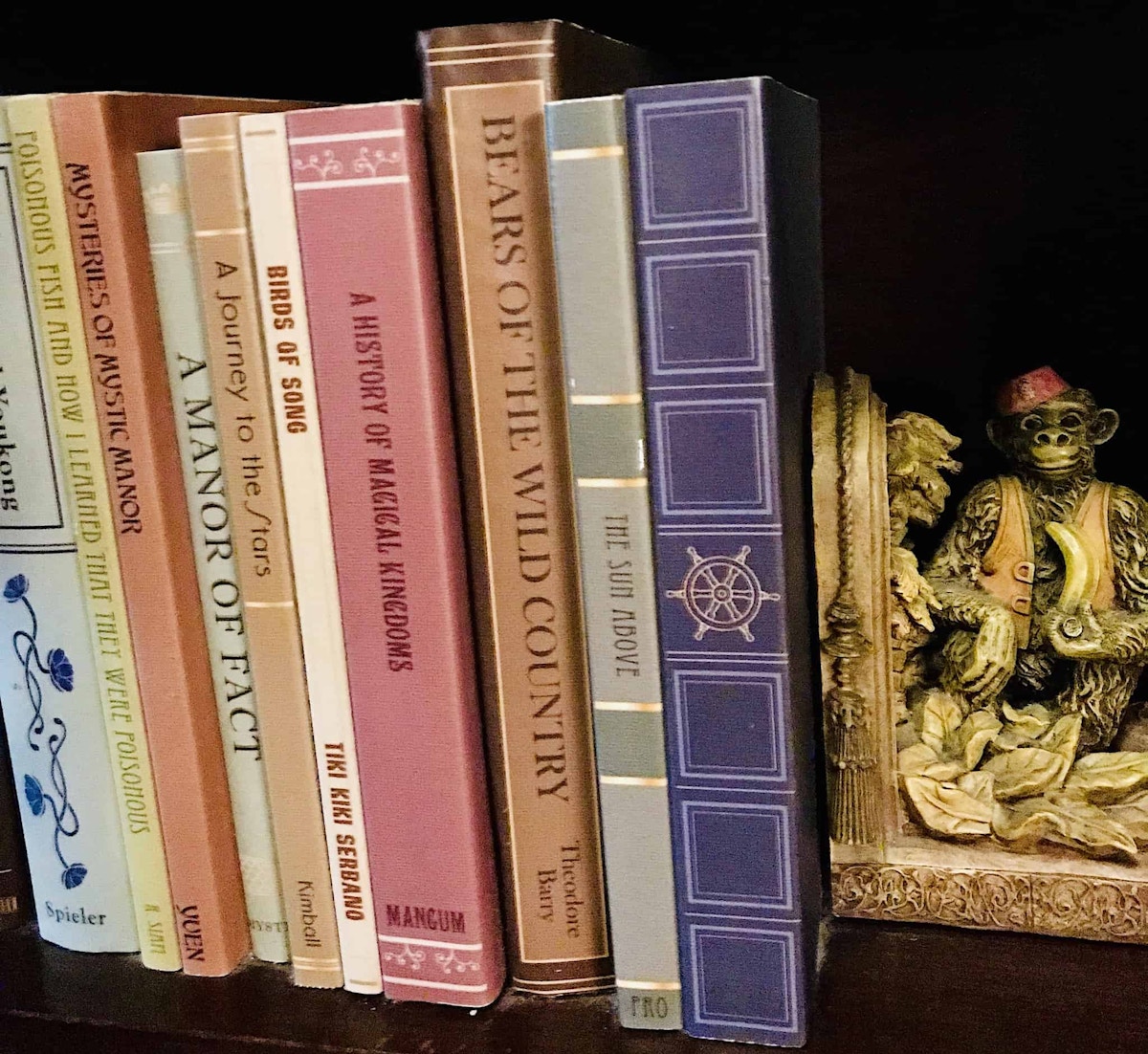 Oh, and by the way, if you’re ever dining at Skipper Canteen, take some time to scope out the library wall that leads into the not so secret SEA room. Some of these titles are worth reading! Our particular favorites have to be “Bears of the Wild Country” and “Birds of Song”, respectively.

If you’re looking to have the cheese bread at home, they’re called Brazi Bites and you can buy them at Costco and Target.

LOVE Pao De Queijo!!! It’s so addictive! A favorite of ours at the Food and Wine festival. Luckily they sell them frozen at my local Whole Foods!

Cheese breads are pretty simple to make if you have muffin pans. If you buy Bob’s Red Mill Tapioca Flour, the recipe is right on the back of the bag. You can try using different cheeses for variety, and the ingredients are simple (apart from the specialty flour). If you have a blender, you can use that to quickly make the batter.