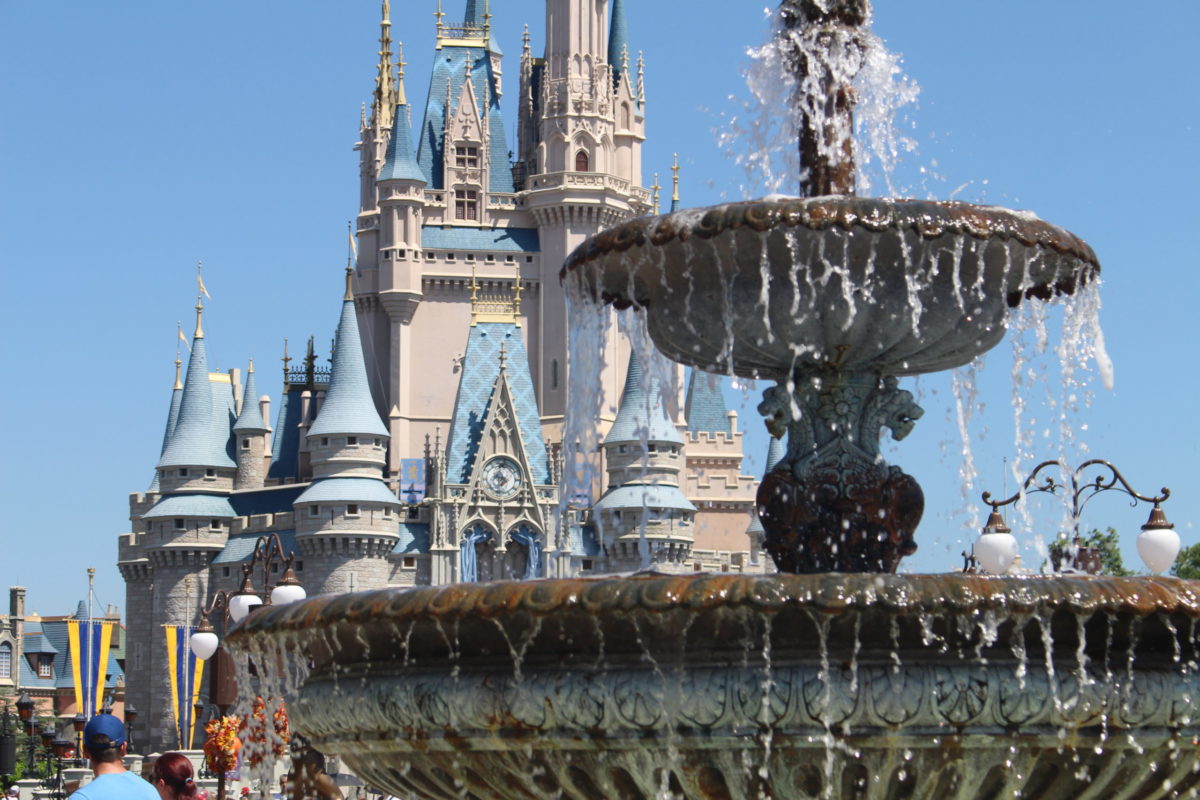 Bright Suns from Magic Kingdom! (I know, wrong park, but I left my heart over at Galaxy’s Edge, so bear with me until I make it back.) Regardless of whether it’s the proper themed greeting for this park or not though, the sun was nevertheless still very bright, so let’s get this photo report started! 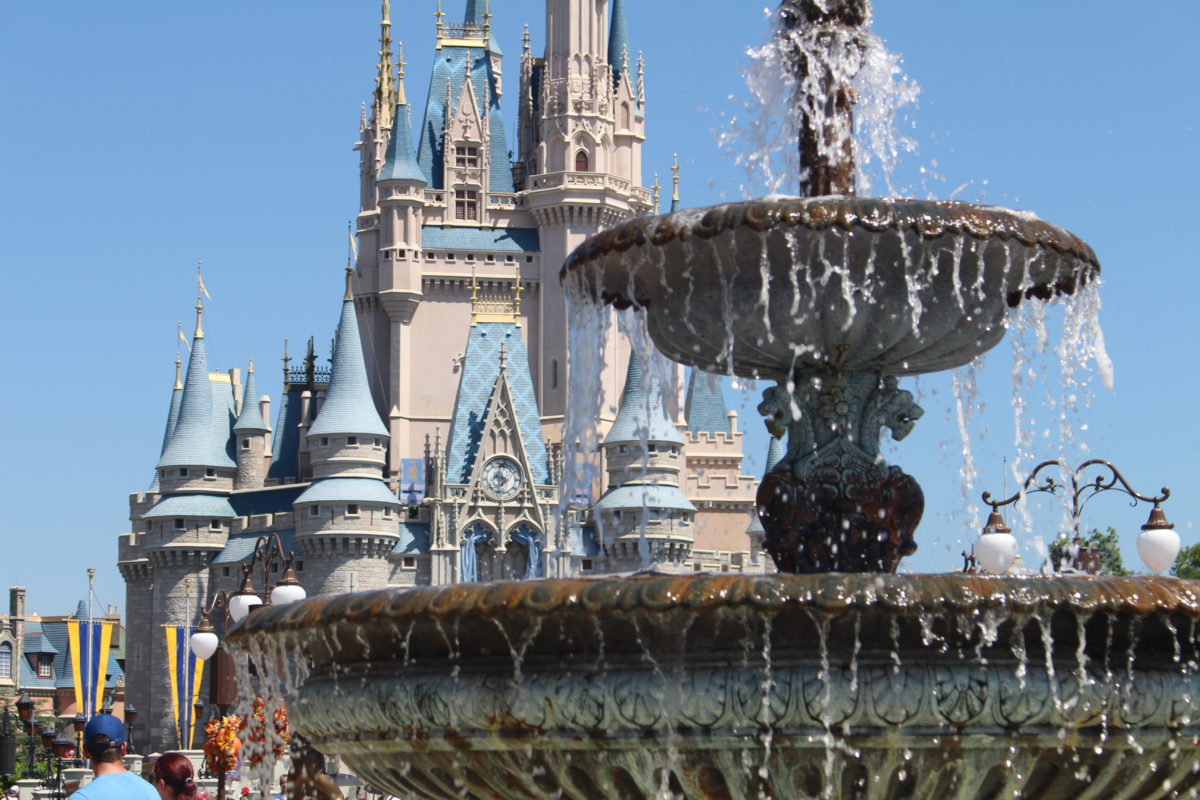 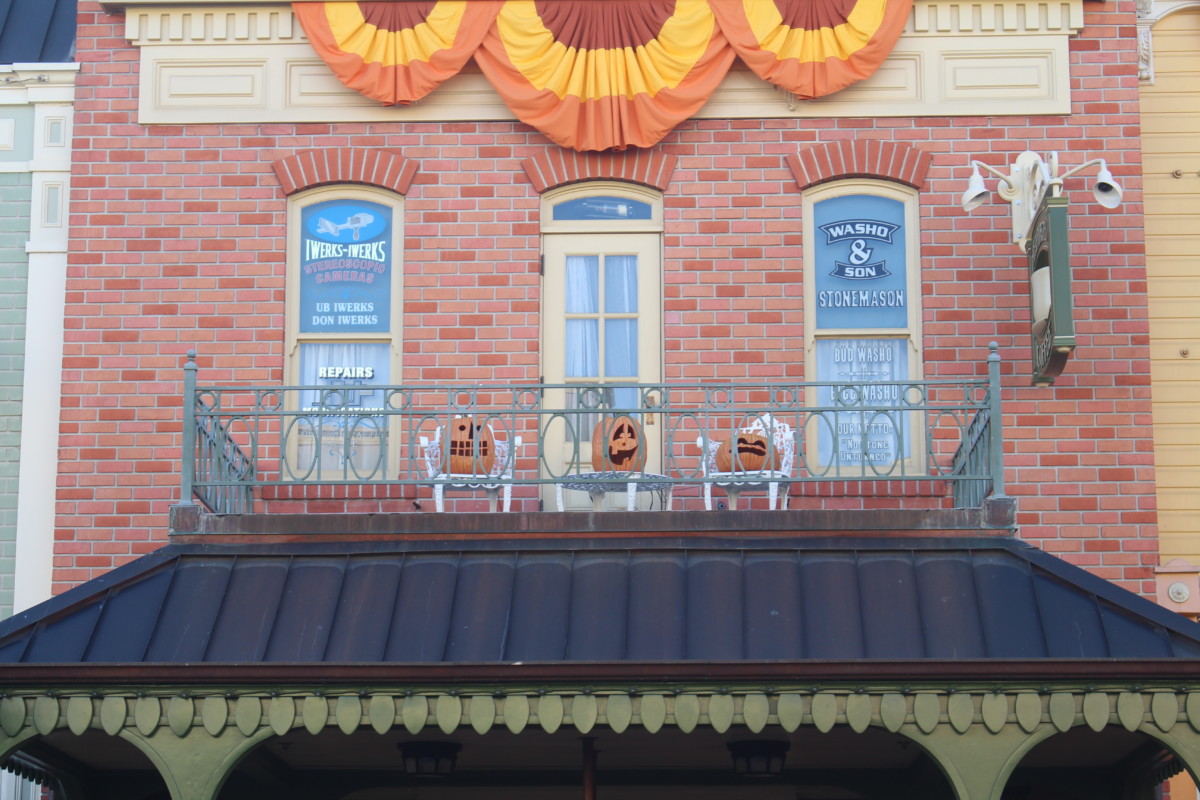 On every visit I’ve had to Magic Kingdom lately, I’ve started noticing a different part of the Halloween decorations on Main Street that I feel like I’ve never seen before. Last it was the French Fry pumpkin above Casey’s Corner, and today I noticed this little family of pumpkins having breakfast sitting at a table and chairs above the Starbucks in the Main Street Bakery. 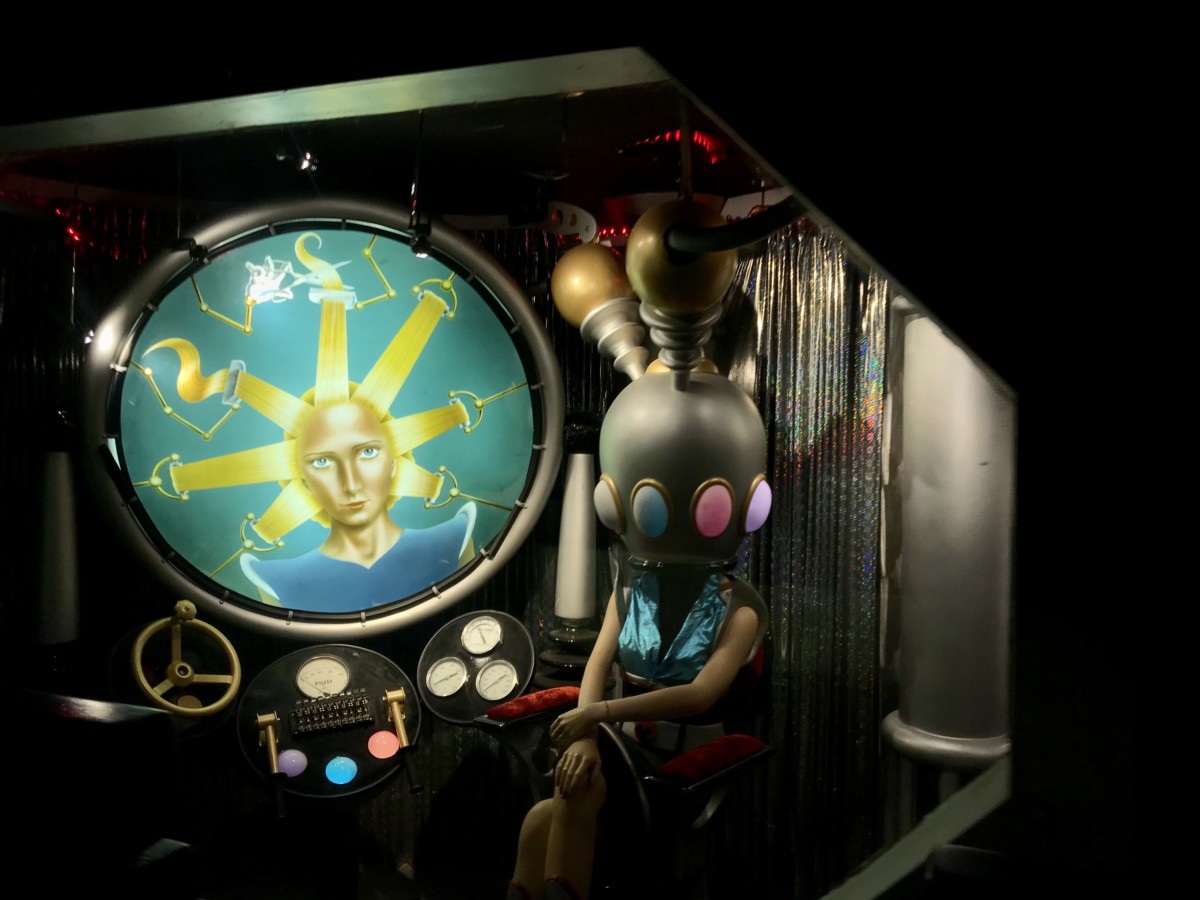 On my lap around Tomorrowland on the PeopleMover this morning, the lights were again working at this futuristic hair salon (but come on, am I the only one who’s glad that this isn’t how getting a haircut has evolved in the future? At least, not yet anyway. It looks claustrophobic in there.) 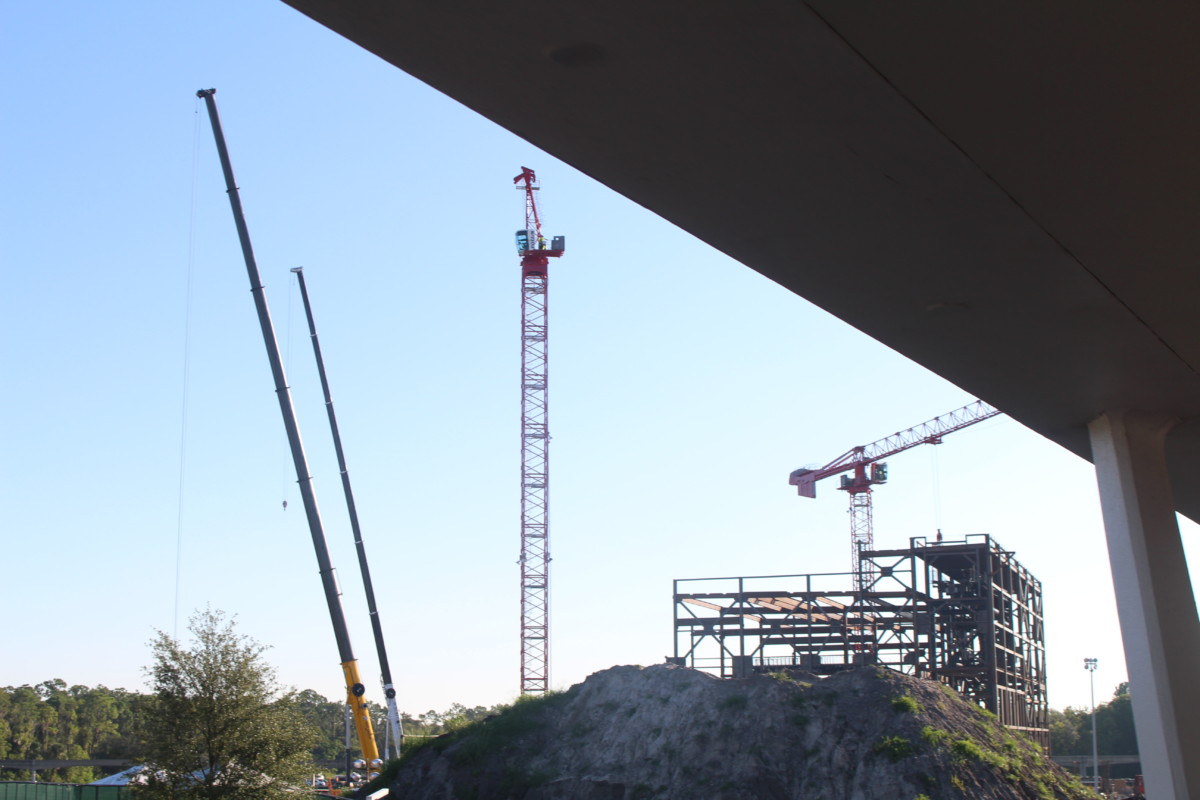 Work is still coming along over on the TRON Lightcycle Run construction site with the addition of those two new very tall cranes. 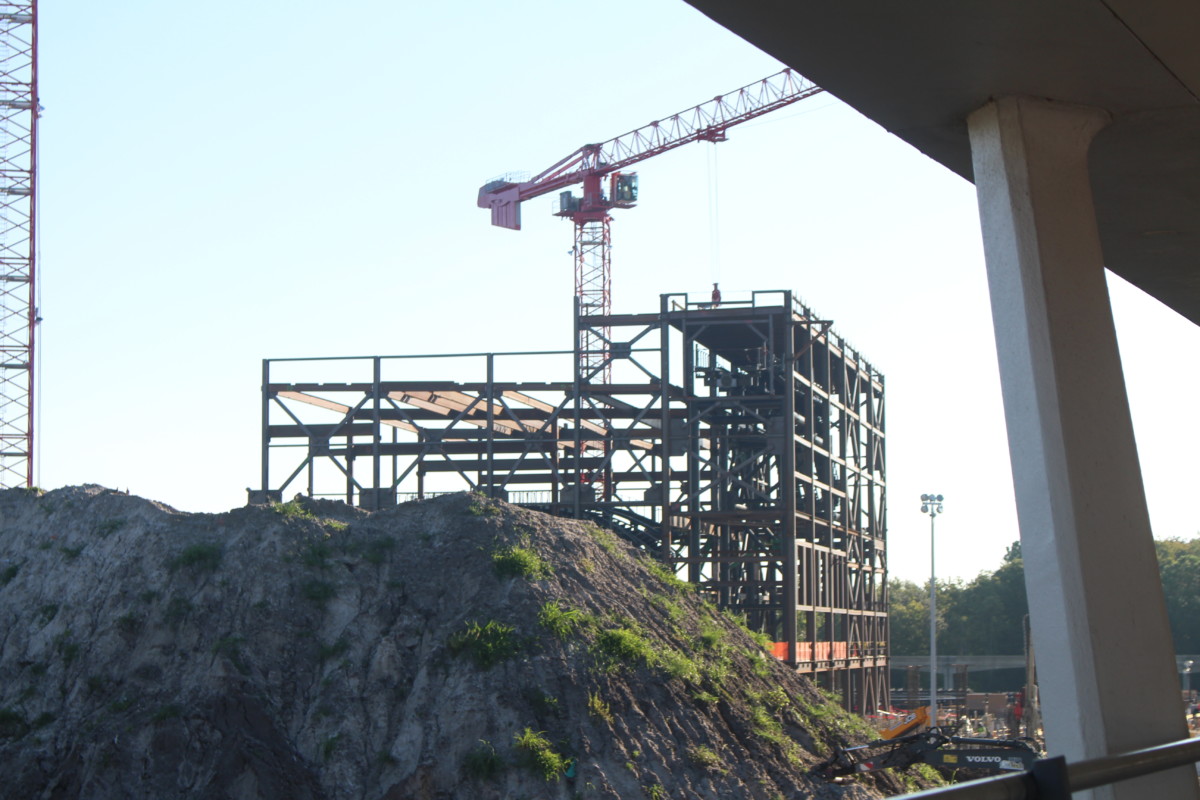 The giant pile of dirt is currently on its way to becoming a lovely grassy hill, which definitely makes it a bit less of an eyesore, even though I’m pretty sure that’s unintentional. 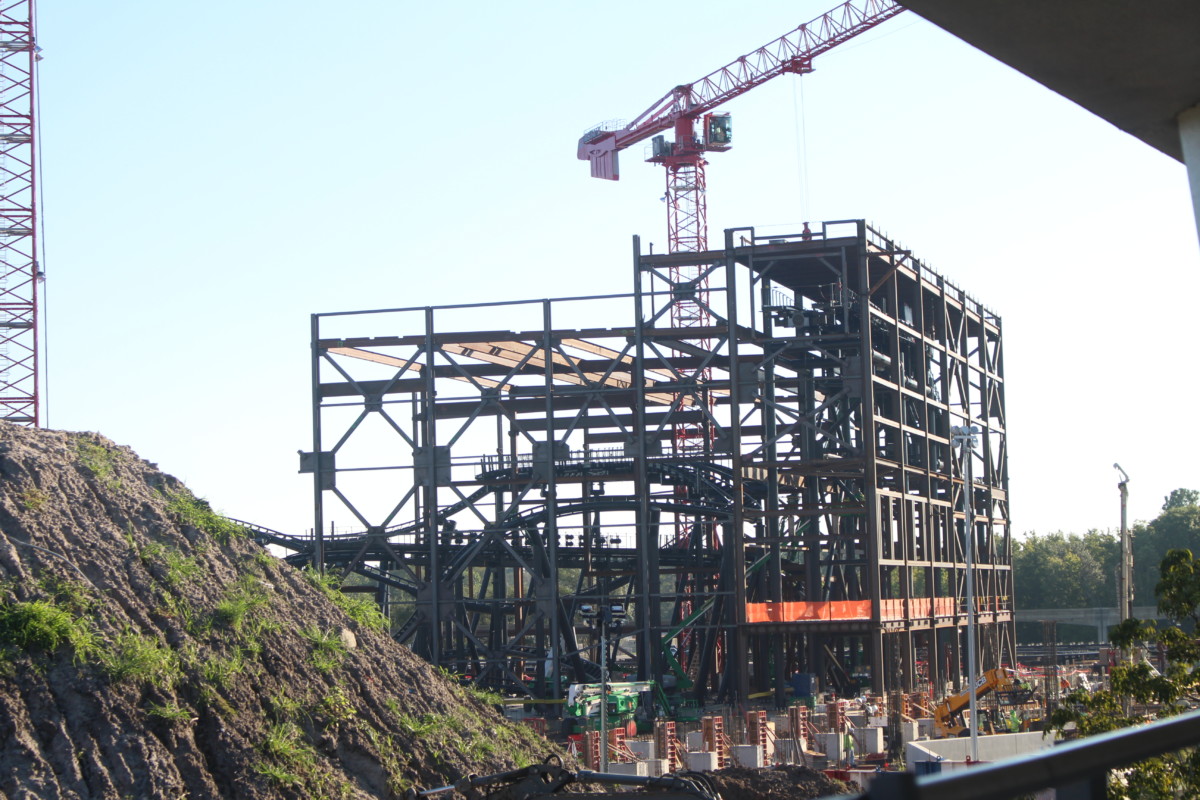 There’s definitely a of the structural frame work for the show building in place at this point. It was really cool getting to see all of this track uncovered while it lasted, but our days with this view are definitely getting numbered. 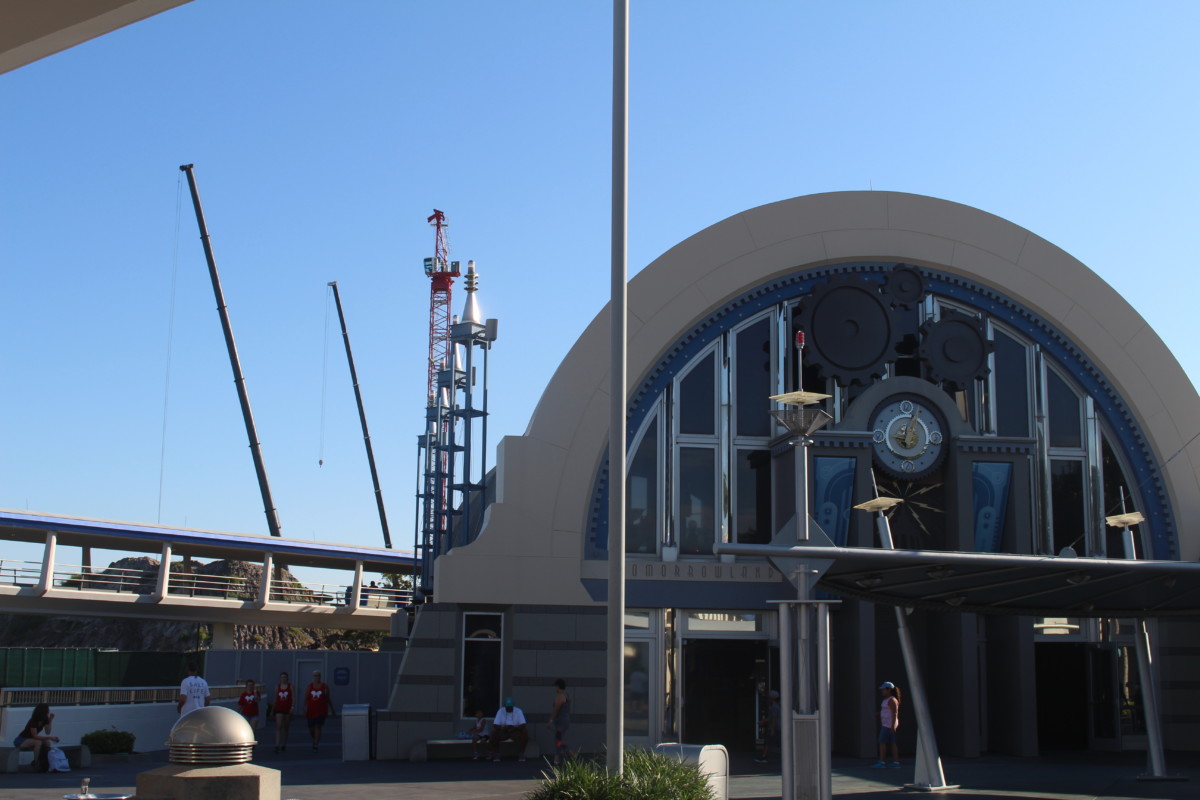 Those cranes are so tall, you can see them all around Tomorrowland. 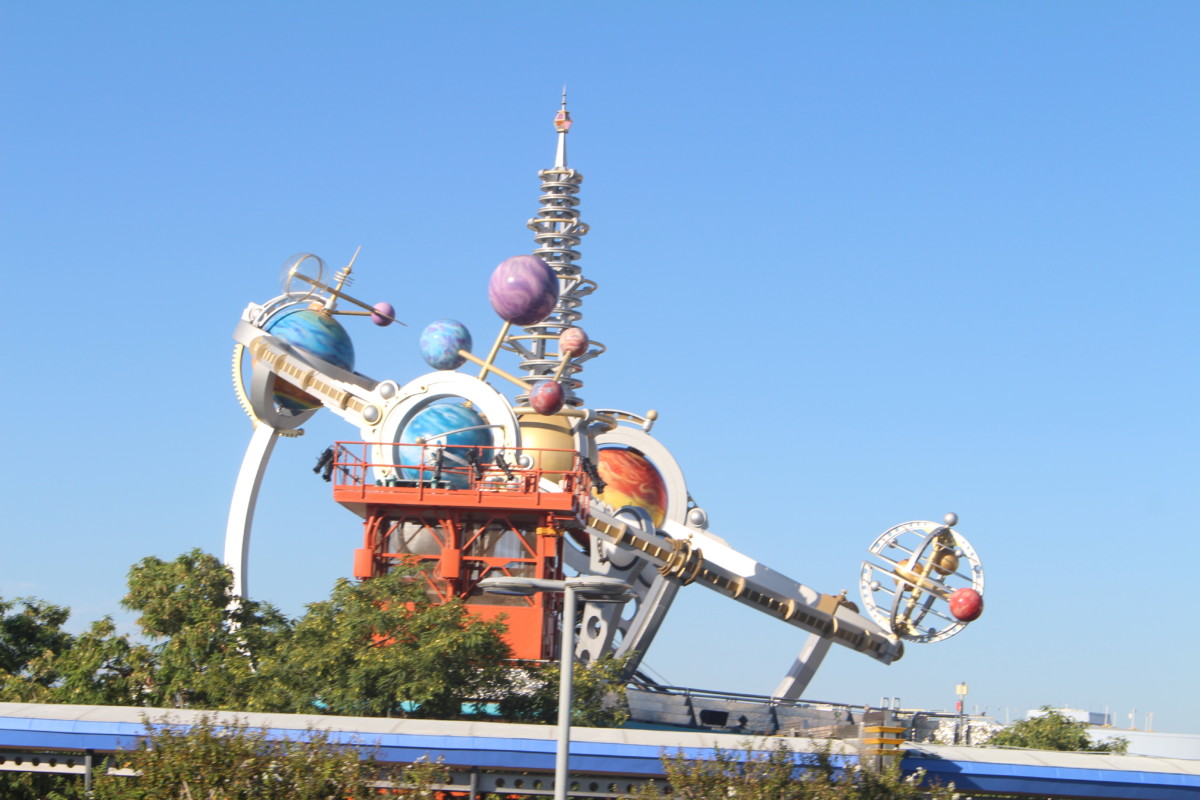 The poor Astro Orbiter is still down for its previously-unannounced and unscheduled maintenance. 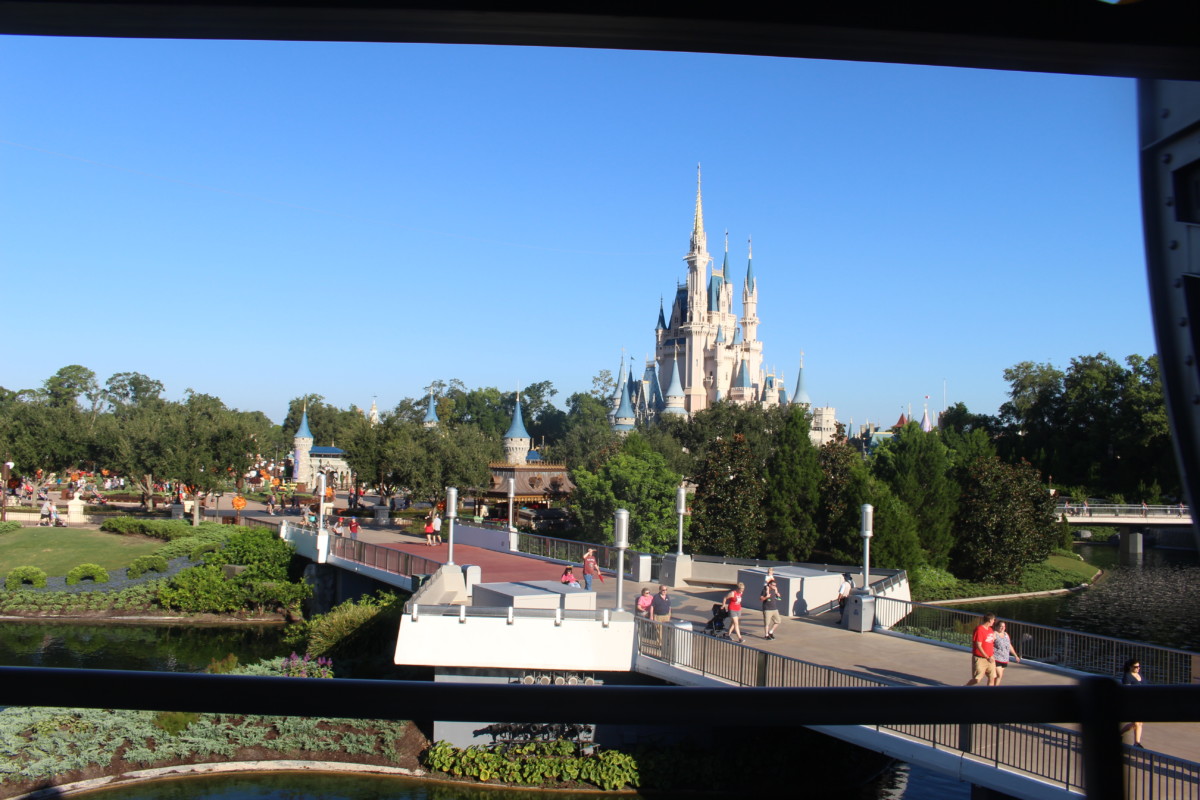 Am I the only one getting used to this view of the Tomorrowland bridge with no entrance marquee on it? 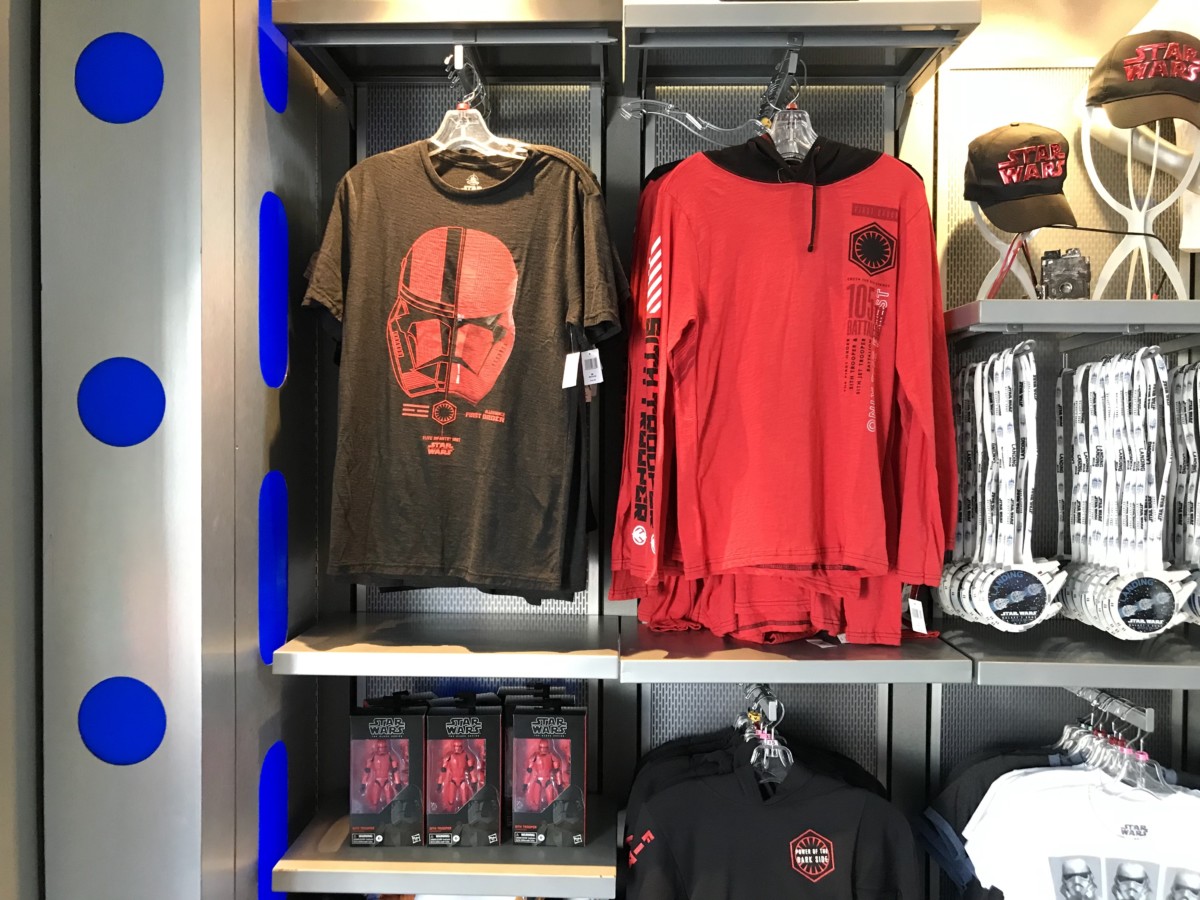 We’ve been seeing this Sith Trooper merchandise popping up all over the Disney Parks lately. We still don’t know much about the Sith Troopers that will be featured in the next and final installment of the Star Wars Skywalker Saga, but they’re definitely intriguing and getting me even more excited to see The Rise of Skywalker this December. 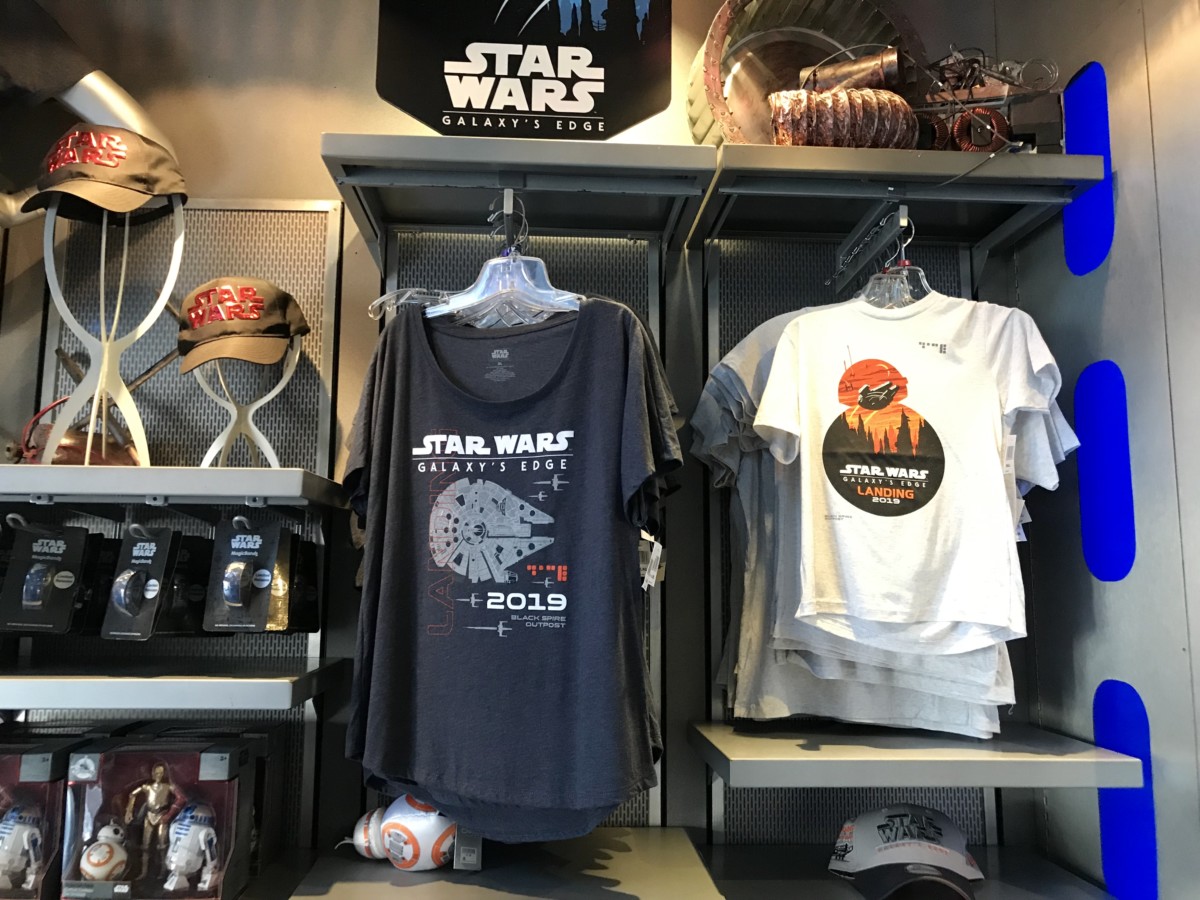 Ahhhh, Galaxy’s Edge. I might not be at Hollywood Studios visiting my new favorite planet, but Disney is making sure I don’t forget about my bae for too long (as if I ever could) with this Galaxy’s Edge merchandise in Tomorrowland Light & Power Co. (Who knew I’d be able to talk about Star Wars this much in a photo report with no actual Star Wars experiences to speak of?) 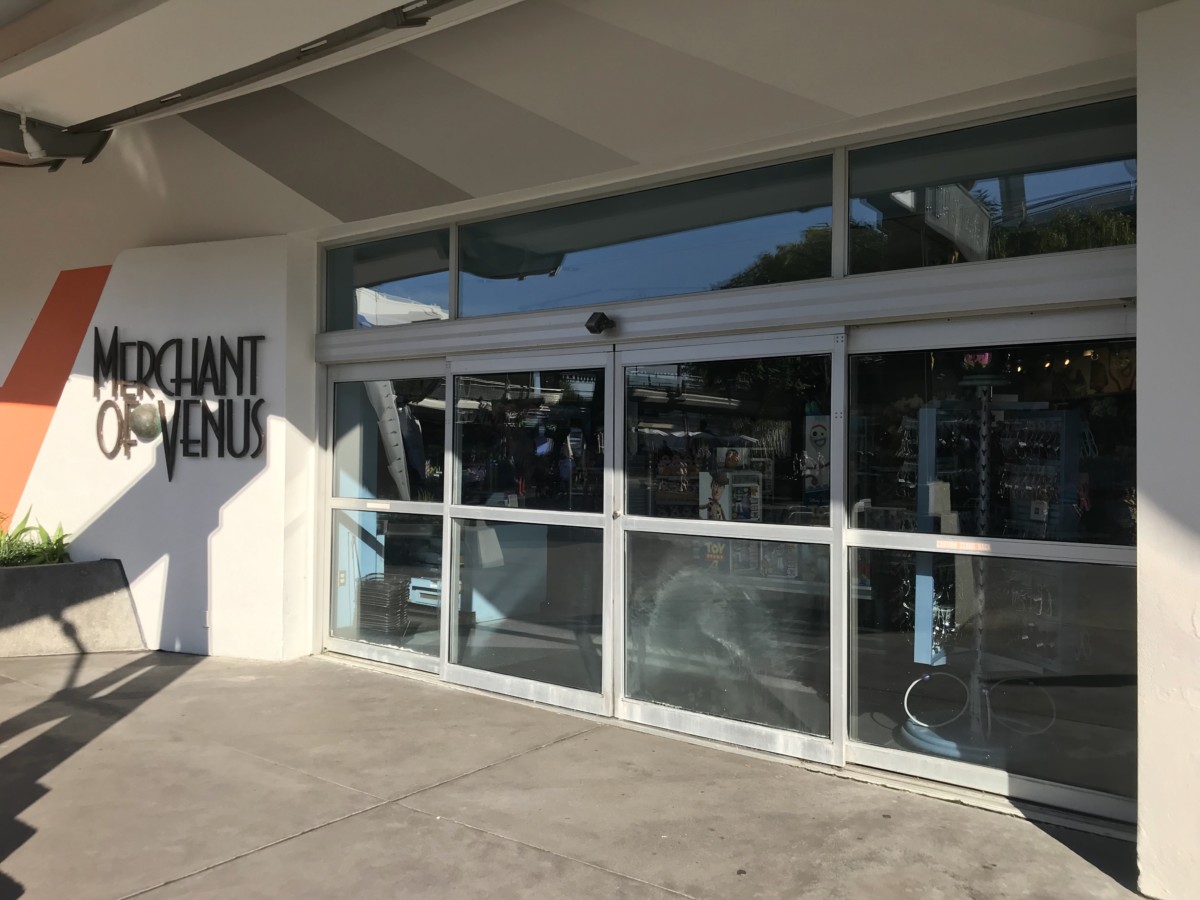 Merchant of Venus is still sticking with their new opening time of 11 a.m. to match the opening of Auntie Gravity’s right next door. 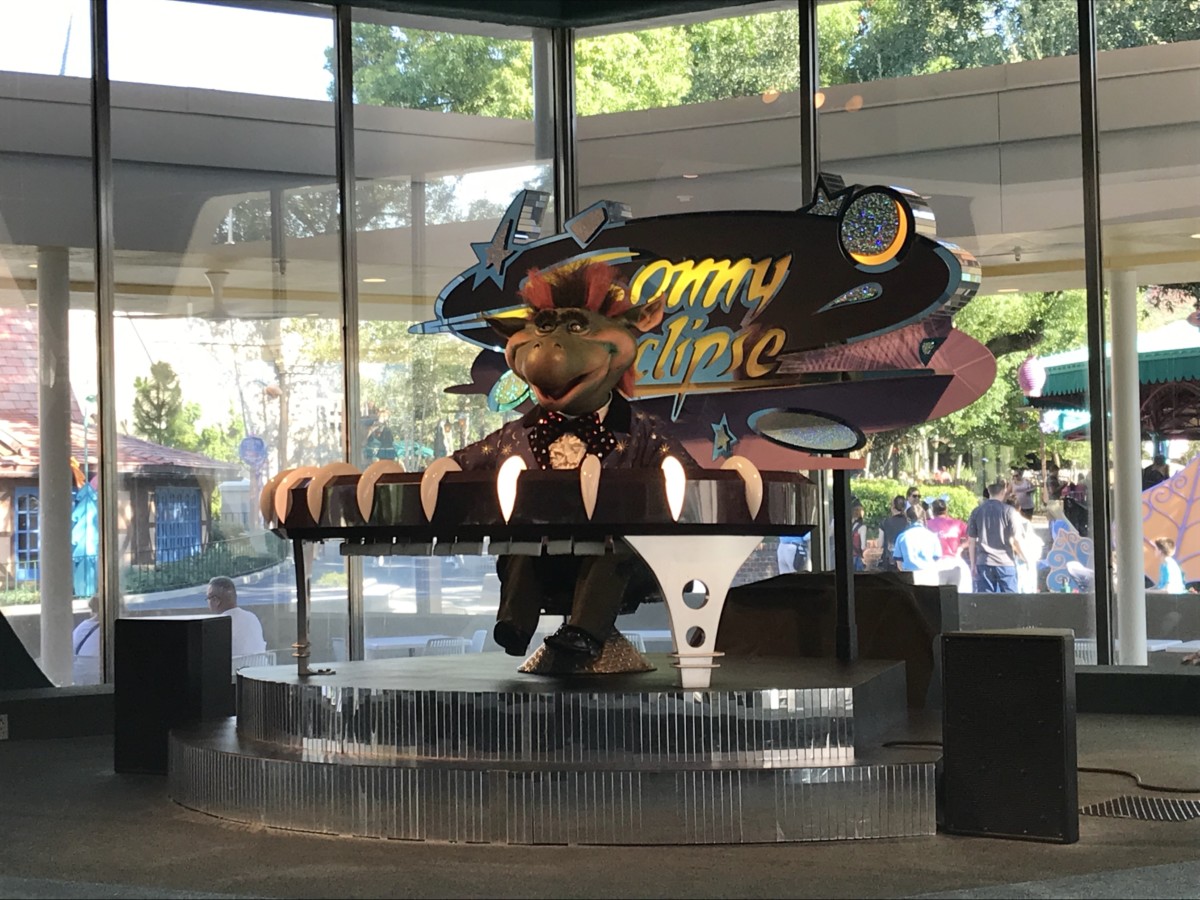 Sonny Eclipse was back in tip-top shape, putting on a Grammy-worthy performance once again today in Cosmic Ray’s, after taking a bit of a snooze the day before, but hey, we all need a break sometime. 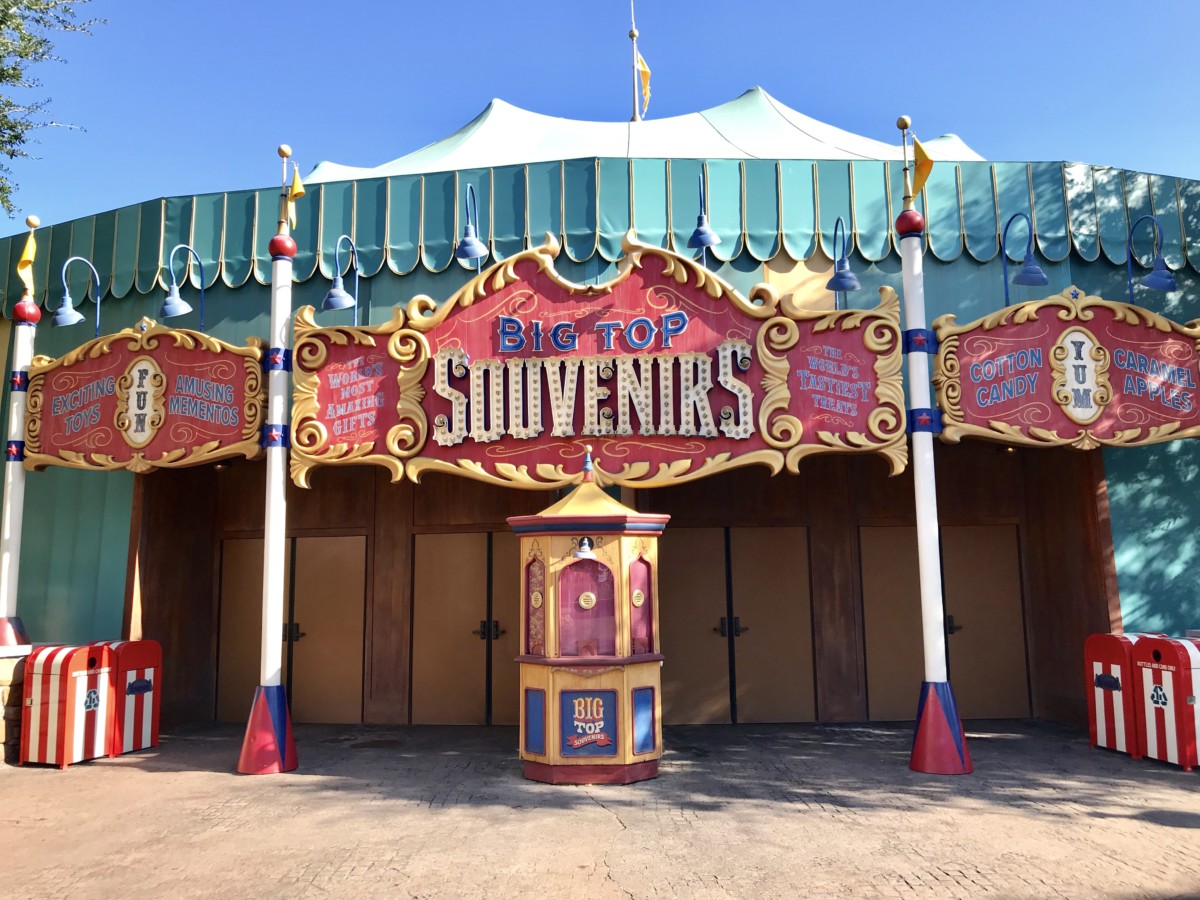 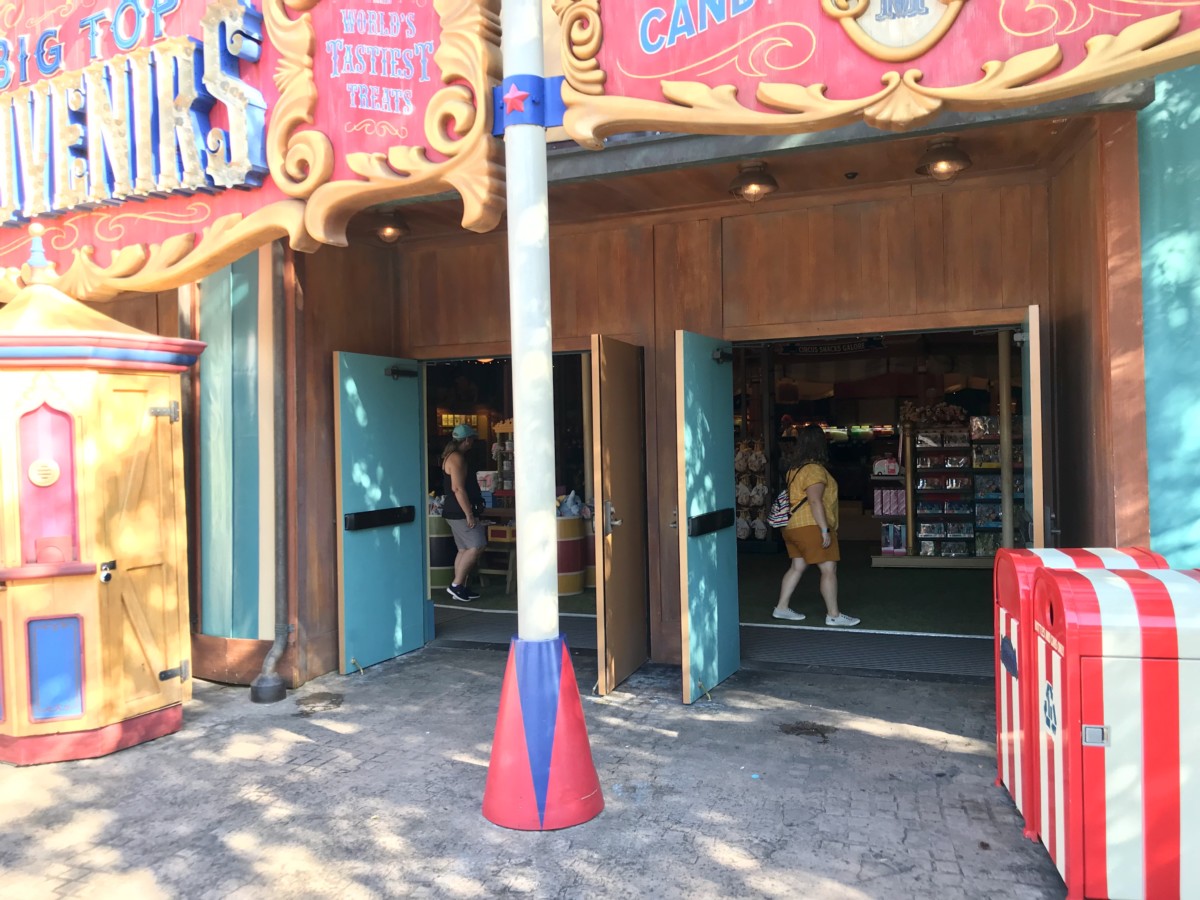 When I first walked past Big Top Souvenirs this morning, I was surprised to find the doors still closed and the store not open yet. But after wandering around Storybook Circus for a couple minutes, they opened their doors around 9:30 a.m. (this was an 8 a.m. park open day) and I went in to check out what’s new, and oh boy am I glad I did (keep scrolling!) 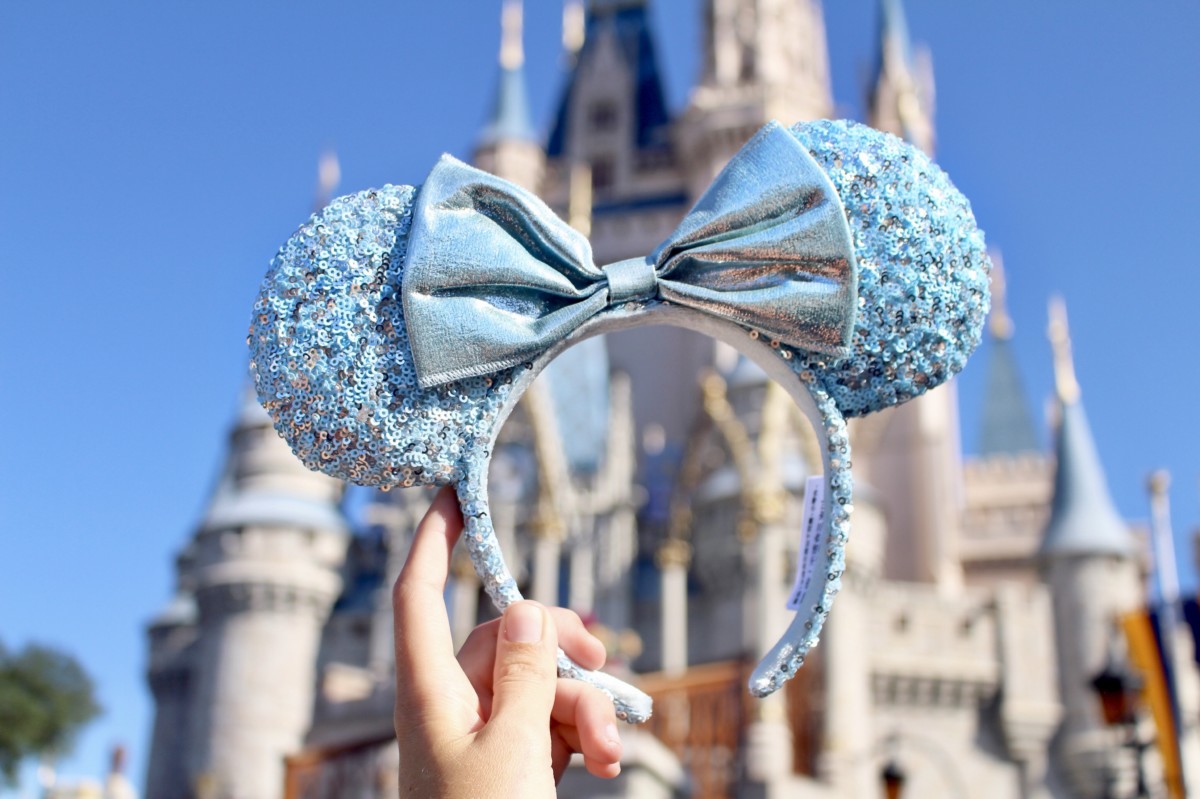 I stumbled across the new Arendelle Aqua ears! They’re even prettier in person than they are in photos, Elsa definitely knew what she was doing trading in her old dress for these sequins. They’re priced at the standard ear price of $27.99, BUT me stumbling across these ears appears to have just been a stroke of luck, as they don’t officially release until September 13th, and it appears that these were accidentally put out a little early. 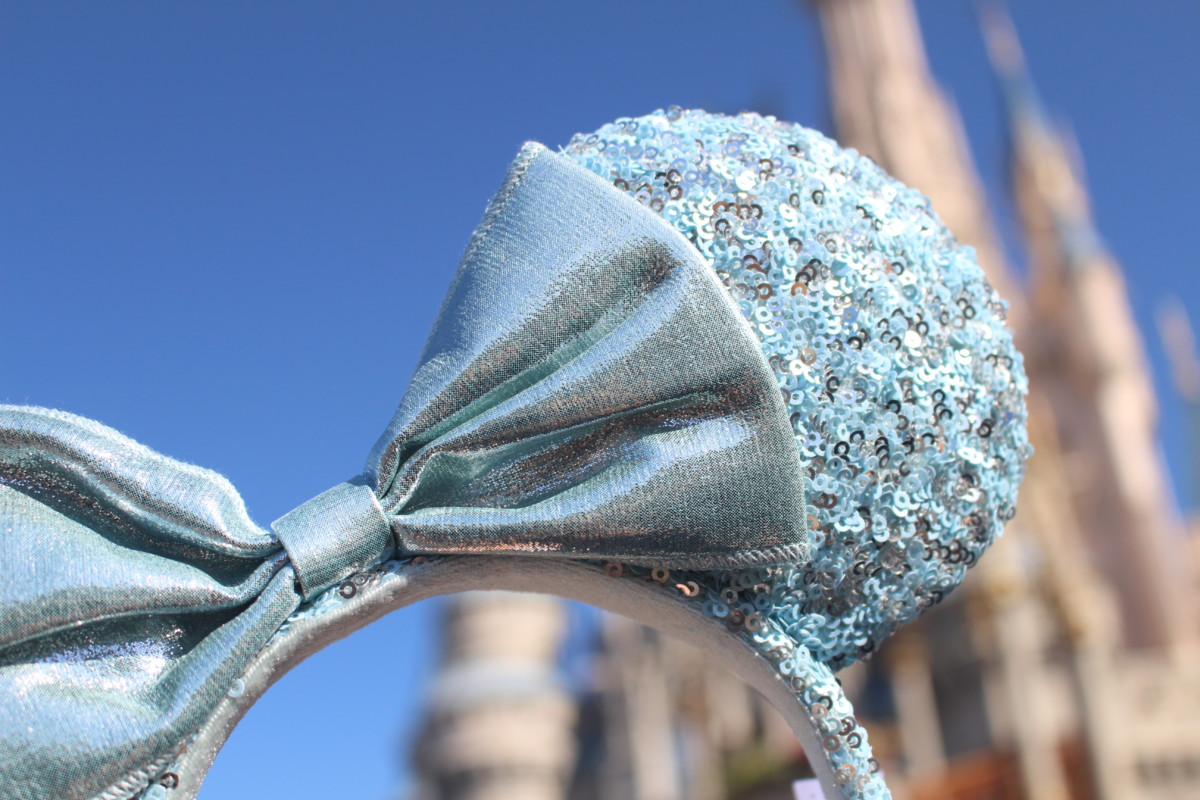 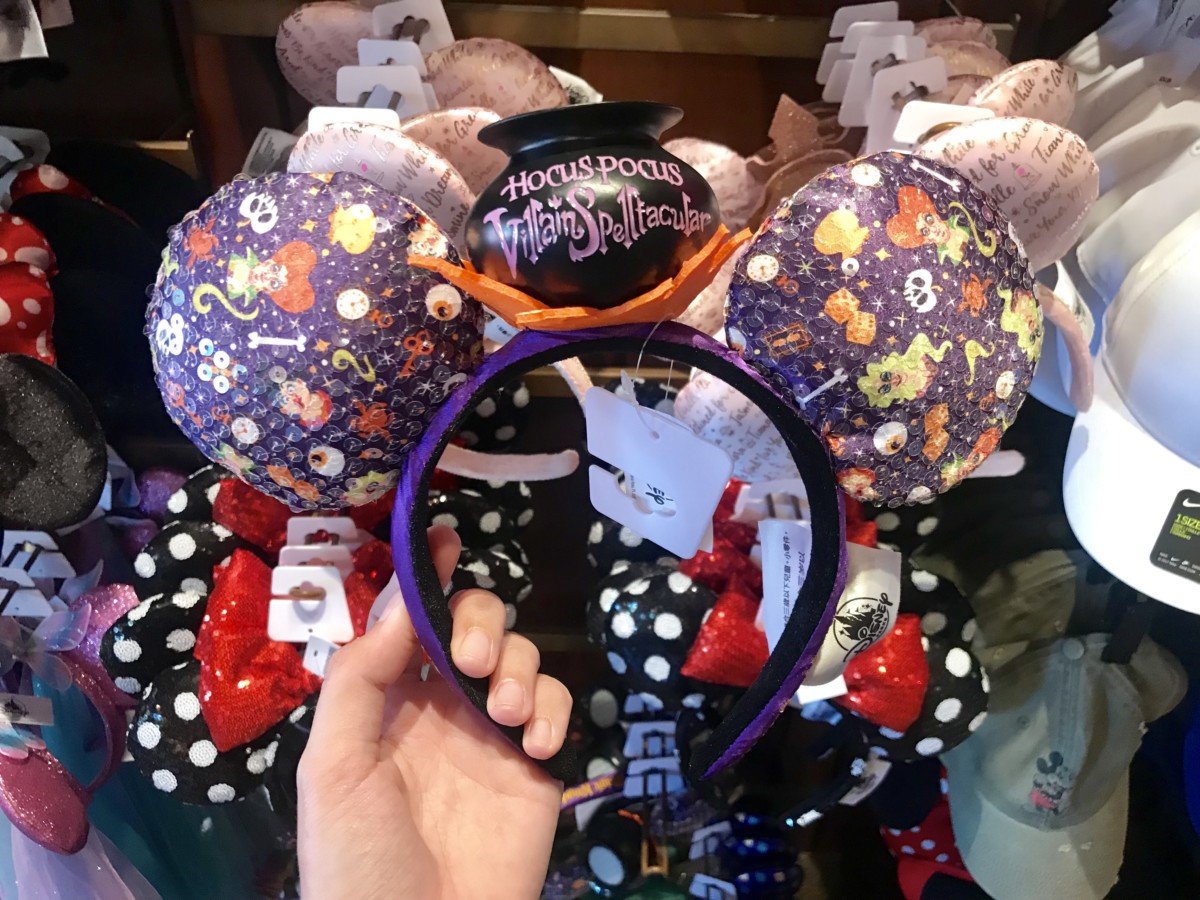 It was definitely an interesting day for Minnie Ear finds, as I also found these Hocus Pocus Villain Spelltacular ears out for purchase in Frontier Trading Co., even though they’re supposed to be Halloween Party exclusives. 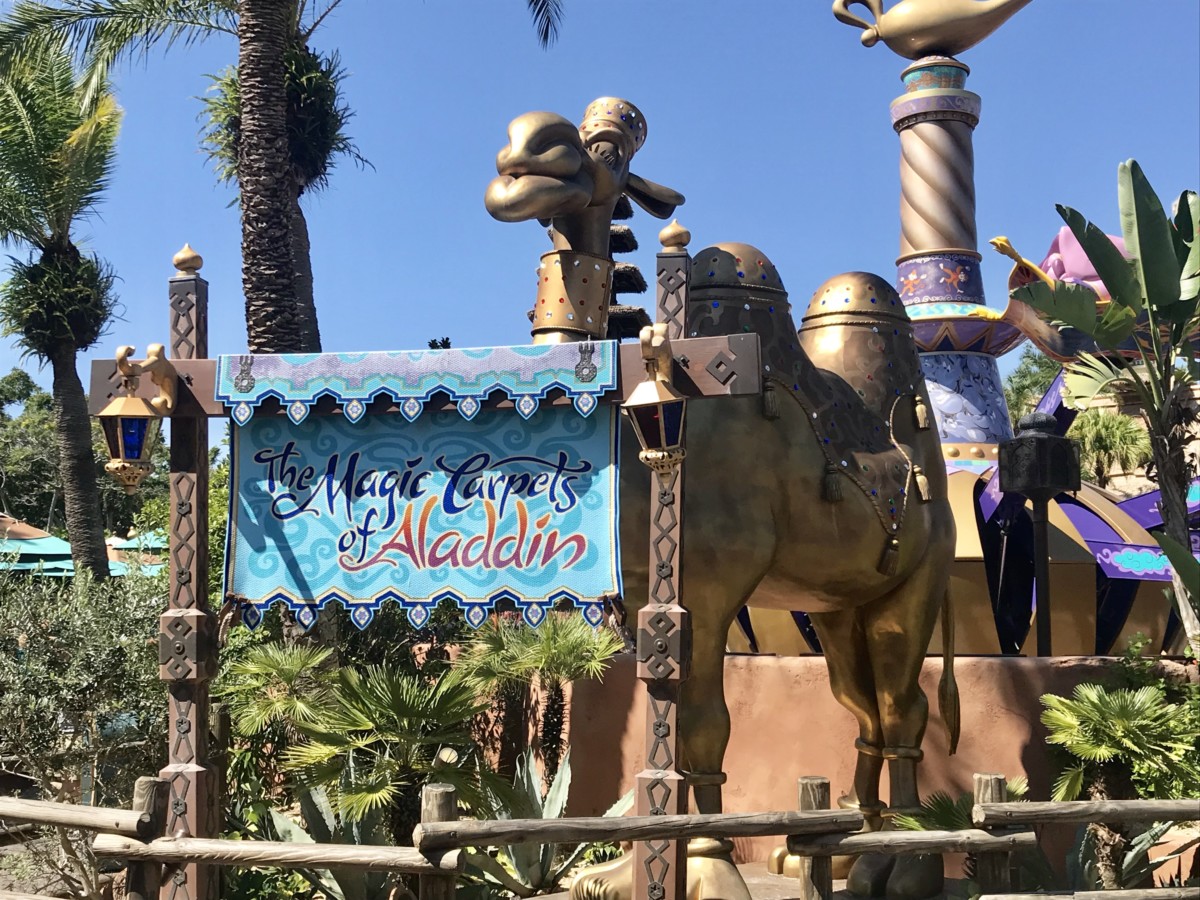 The camel in front of The Magic Carpets of Aladdin was turning his head again today, but it appears to be at the cost of his water pressure when he spits, as it was only going a few feet out today and barely clearing the sign in front of him. 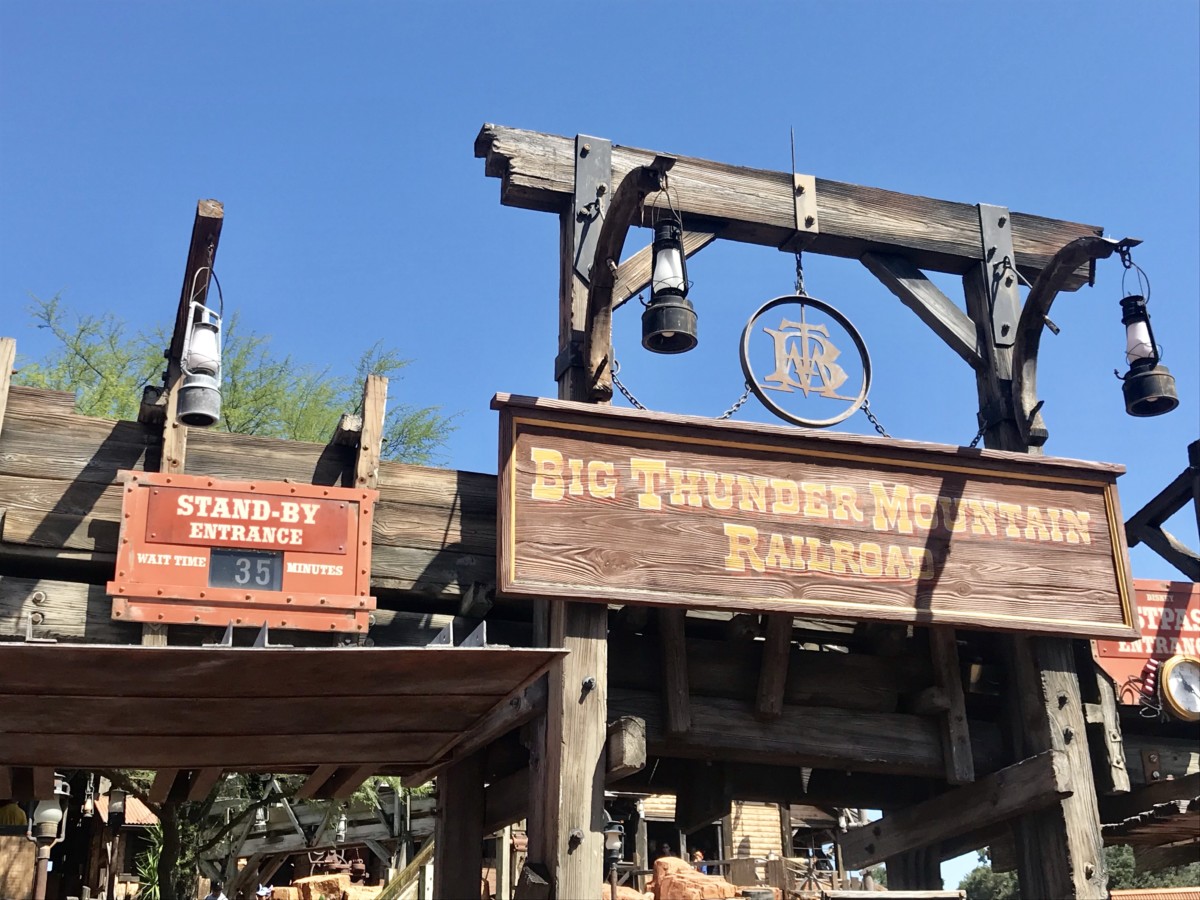 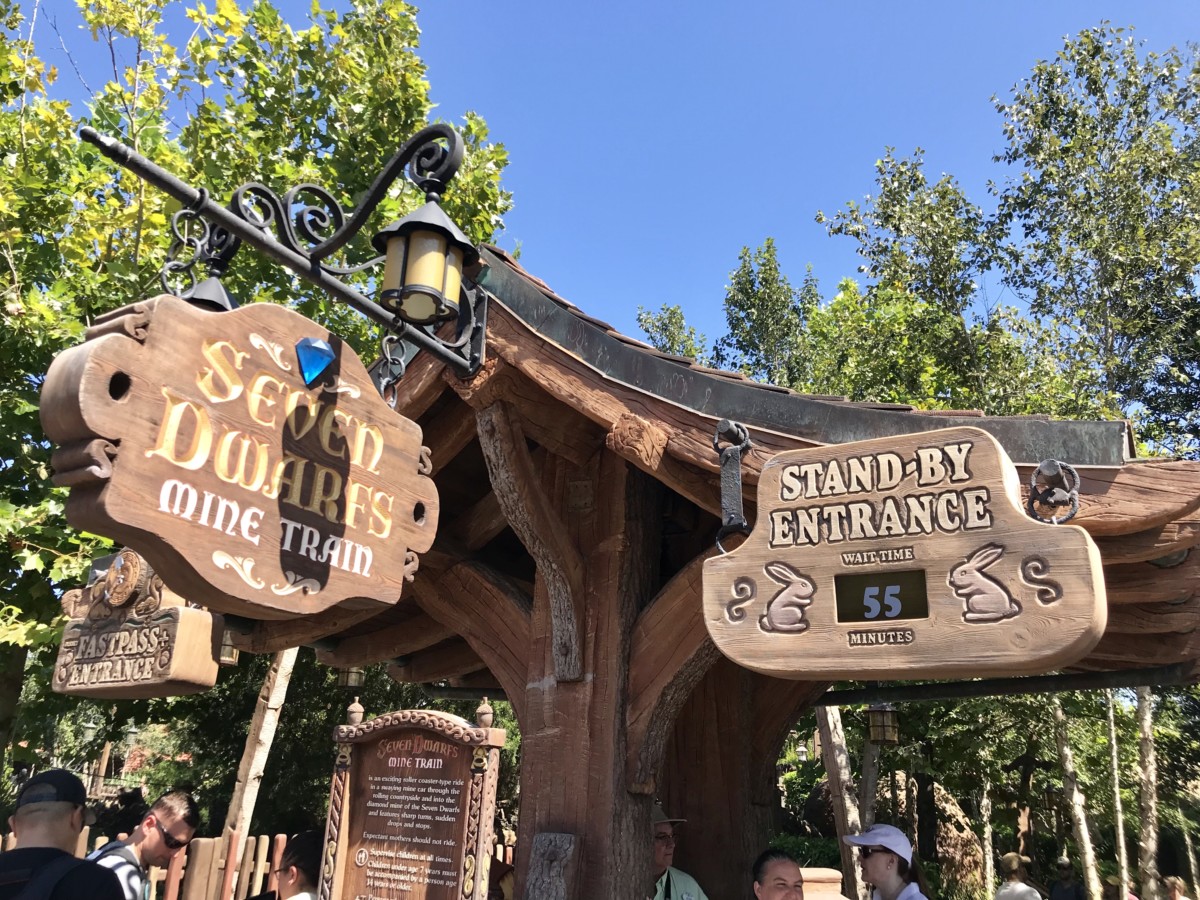 Wait times have definitely started creeping back up from the absolutely blissful period we had for a few days where nothing was over 20 minutes in the park. I hope you got a chance to experience it while it lasted. 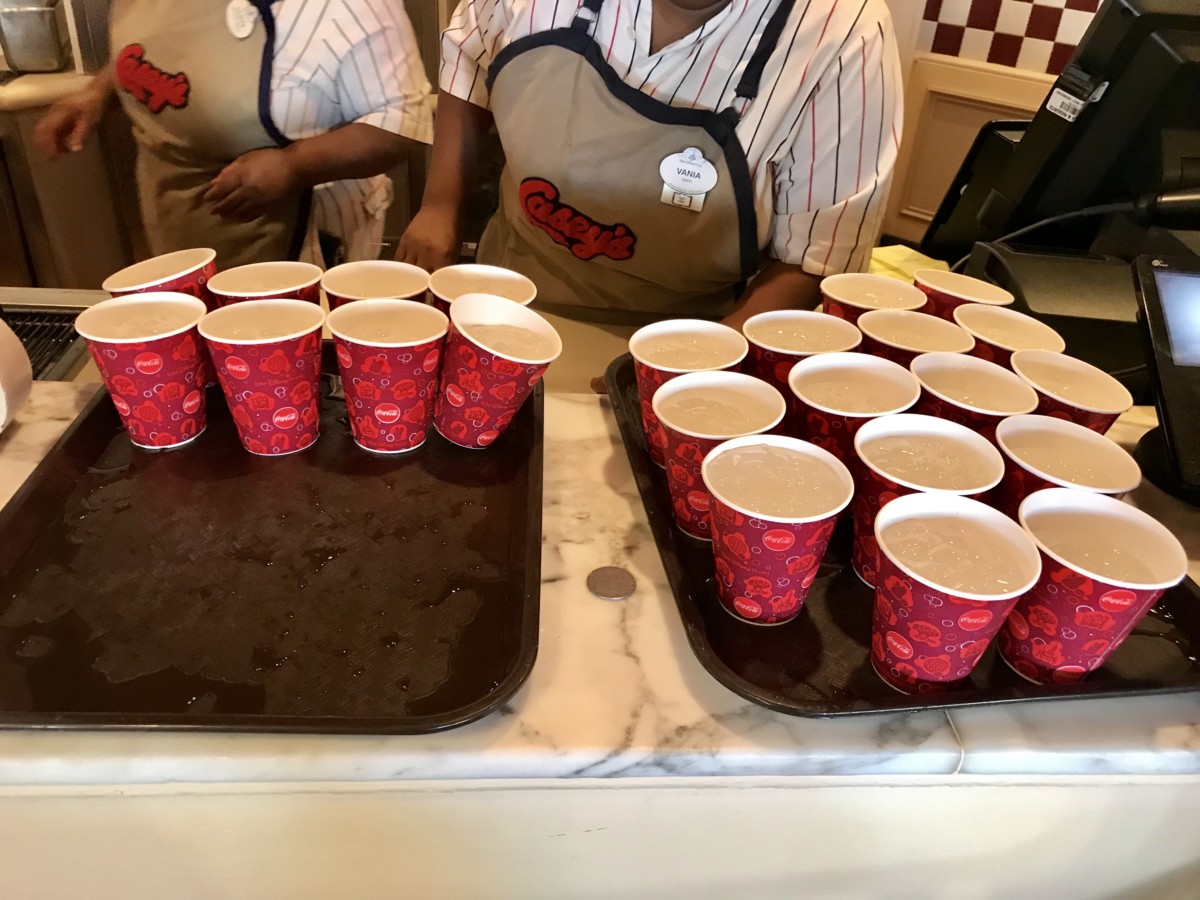 Last but not least today, shout out to Casey’s Corner for usually always having a good stock of cups of water out on the counter ready to grab so you don’t have to wait in line for them. This has come in very helpful this summer. But that’s all for my day around Magic Kingdom today!

Keep checking WDWNT for all the latest updates, and I’ll see you next time!

Out of the Wild Turned Into Seating Area at Disney's Animal KingdomFebruary 25, 2022
A Beastly-Priced Brunch From Be Our Guest Restaurant, Walt Disney World Earmarks Land for Affordable...April 6, 2022
Interactive Features Installed on Fab 50 Character Statues at EPCOTFebruary 20, 2022