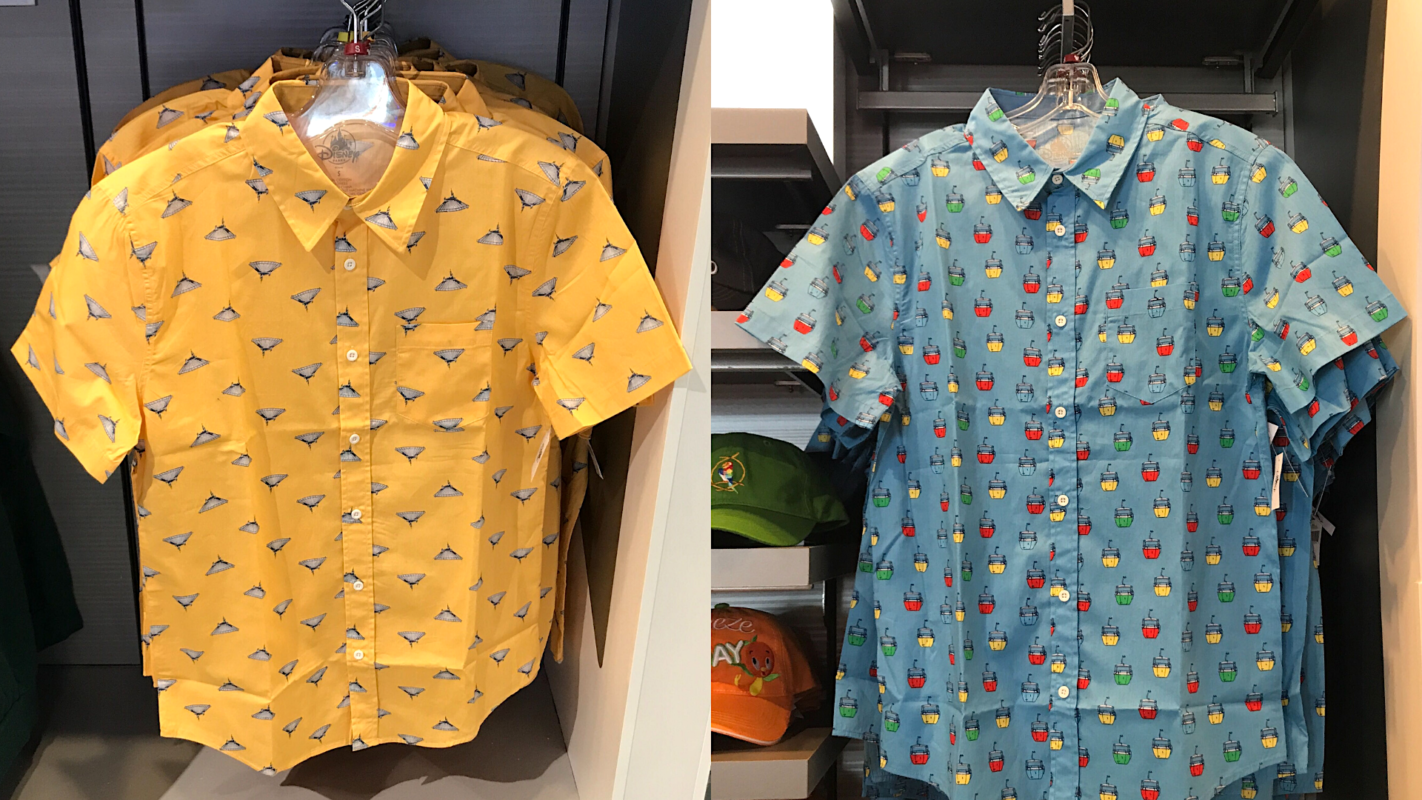 Before there was a Disney Skyliner, there was the Skyway. Linking Fantasyland to Tomorrowland, this gondola lift attraction transported guests in Disneyland from 1956 to 1994 and here at Walt Disney World from 1971 to 1999. (You may recall that the former Fantasyland station used to reside where the current Tangled-themed bathrooms are now.) And then there’s the iconic Space Mountain, which opened on January 5, 1975 after Imagineers decided to build Magic Kingdom’s very first thrill ride. (Thanks, Imagineering Story.) Now you can pay homage to both classic attraction and extinct attraction alike with two new button-down shirts at Walt Disney World. 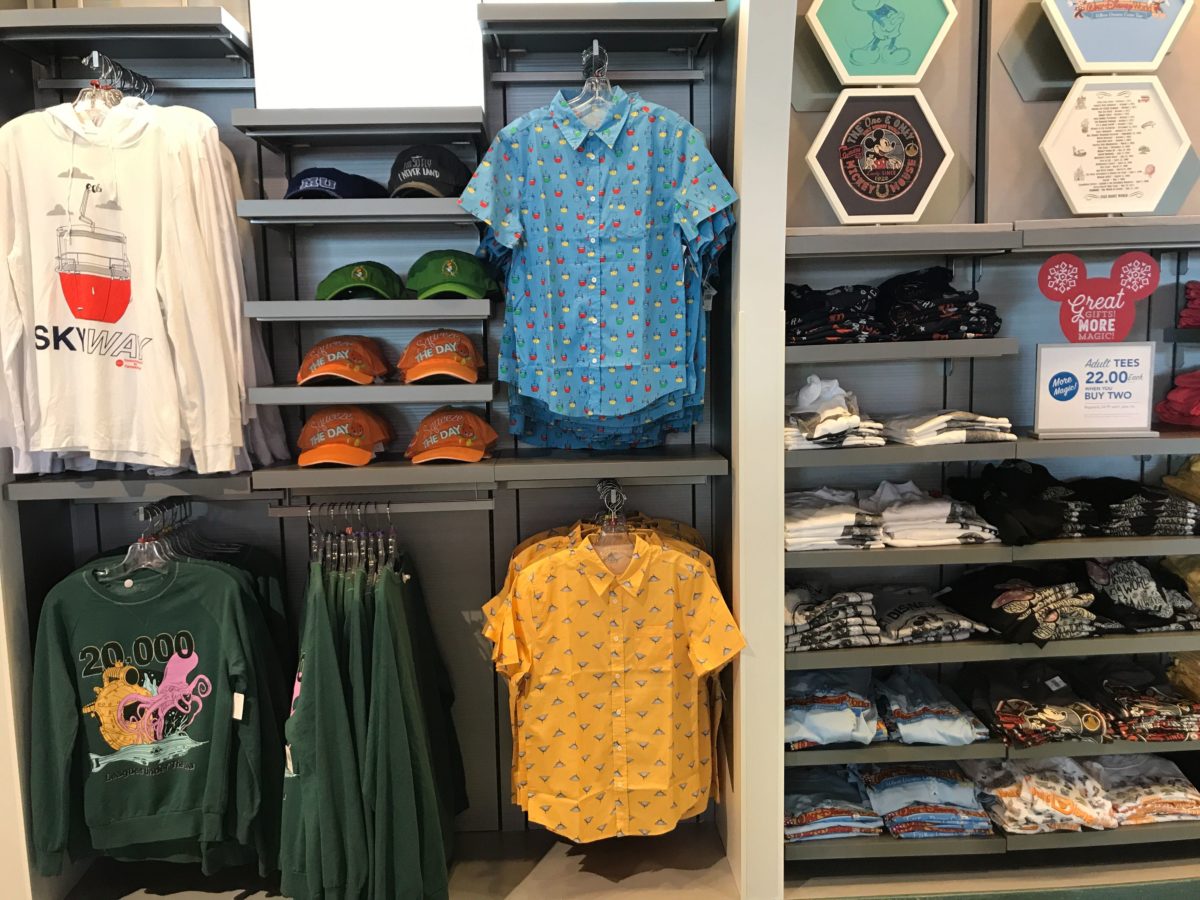 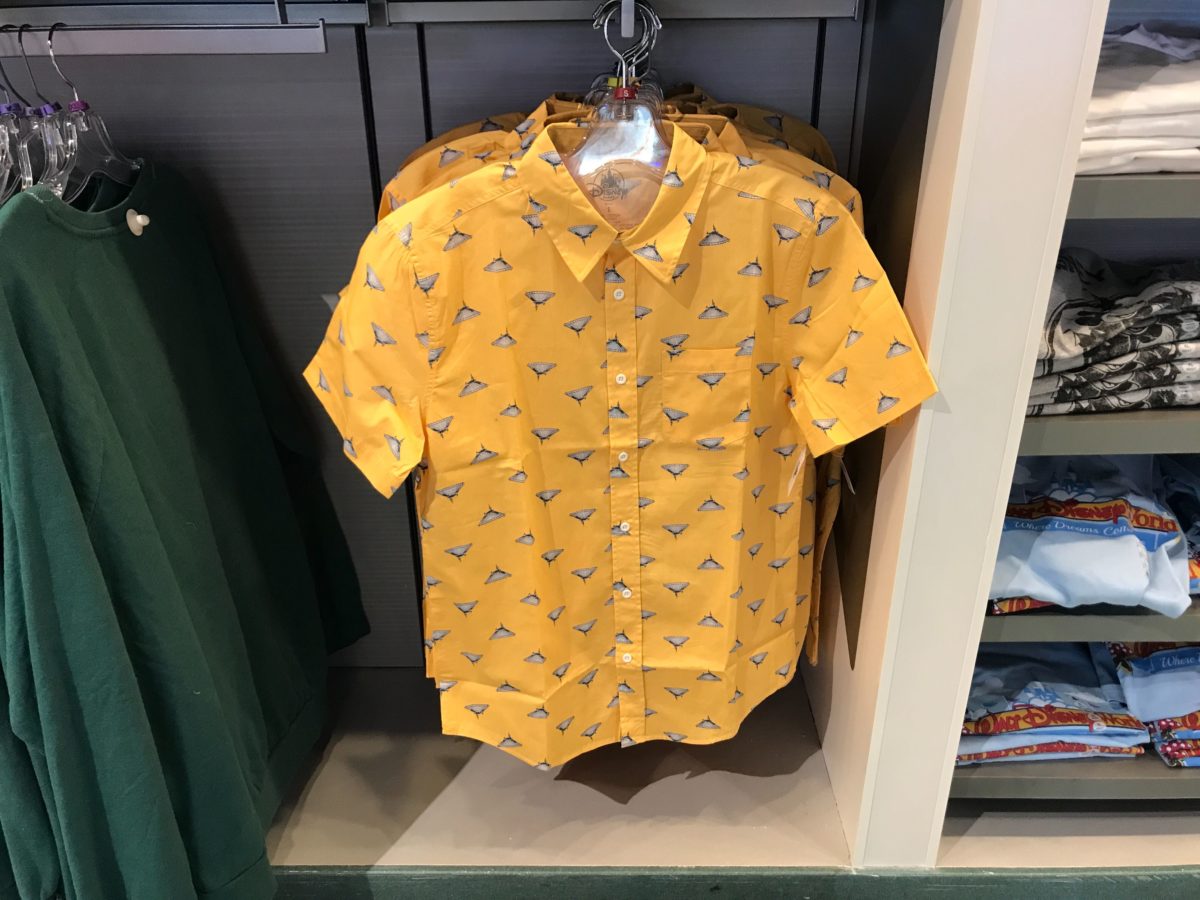 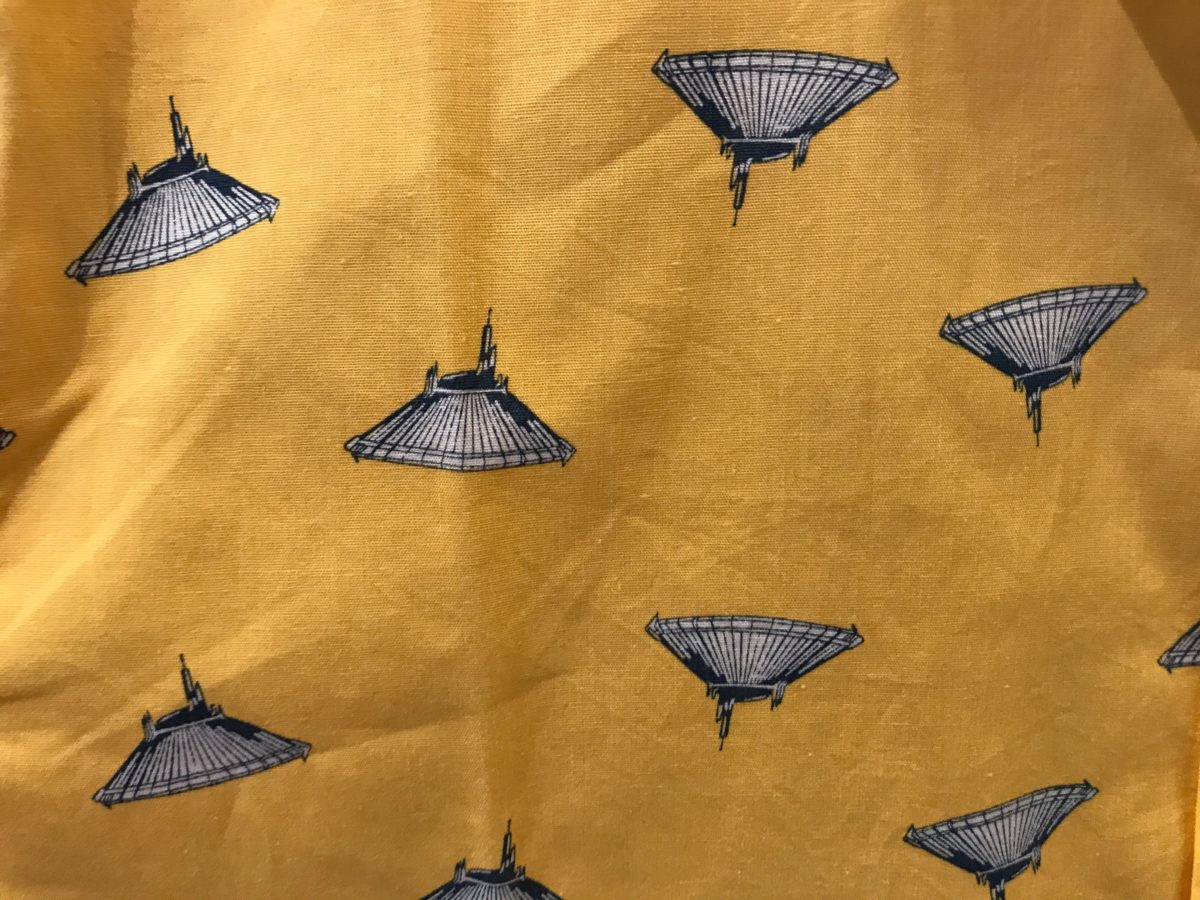 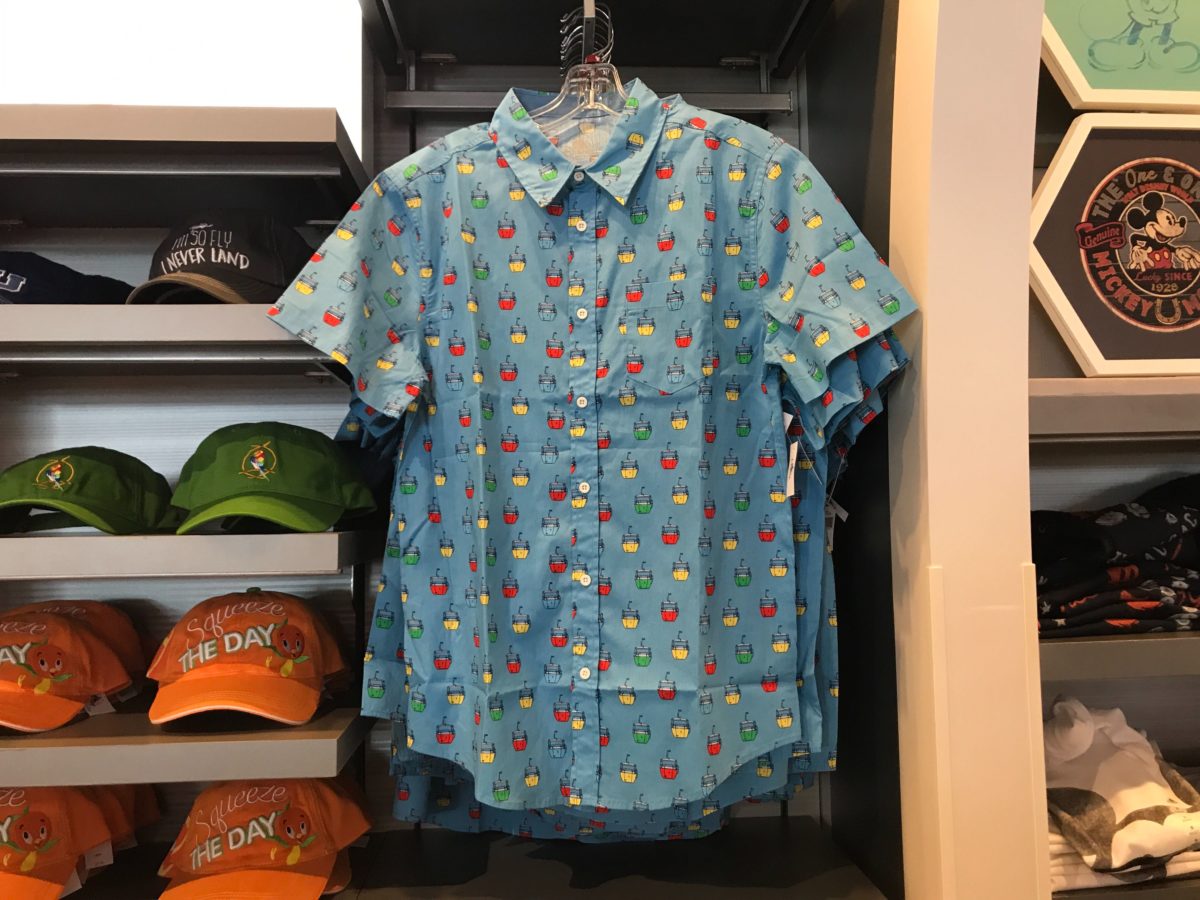 The Skyway shirt is a short-sleeved button-down in all sky blue, with tiny Skyway gondolas in red, yellow, and green dotting the pattern. 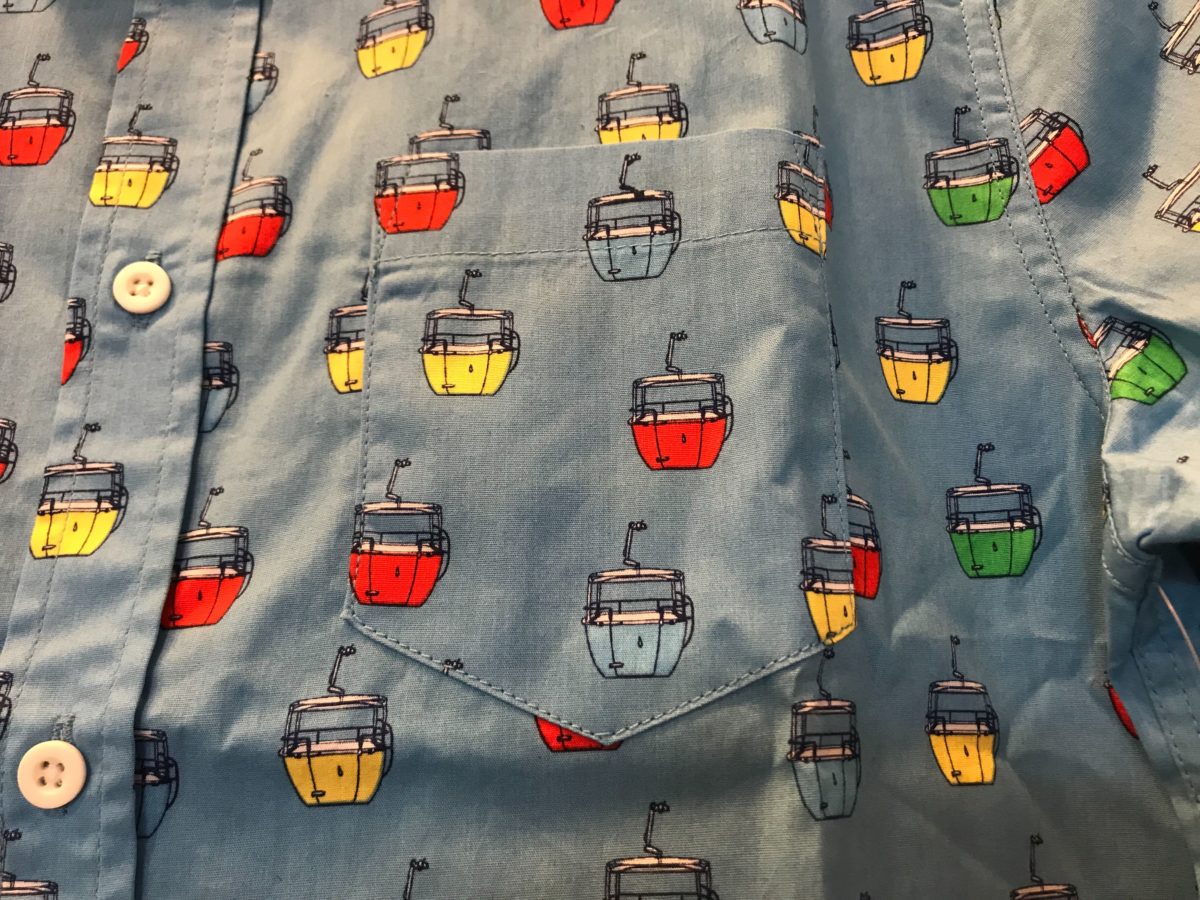 Both shirts include a pocket.

With temperatures dropping, you may be more inclined to purchase the new 20,000 Leagues Under The Sea or Skyway sweaters that were also recently released, but we’d definitely layer these for a fun, retro look.

We found these shirts at the newly refurbished Star Traders store in Tomorrowland at the Magic Kingdom.