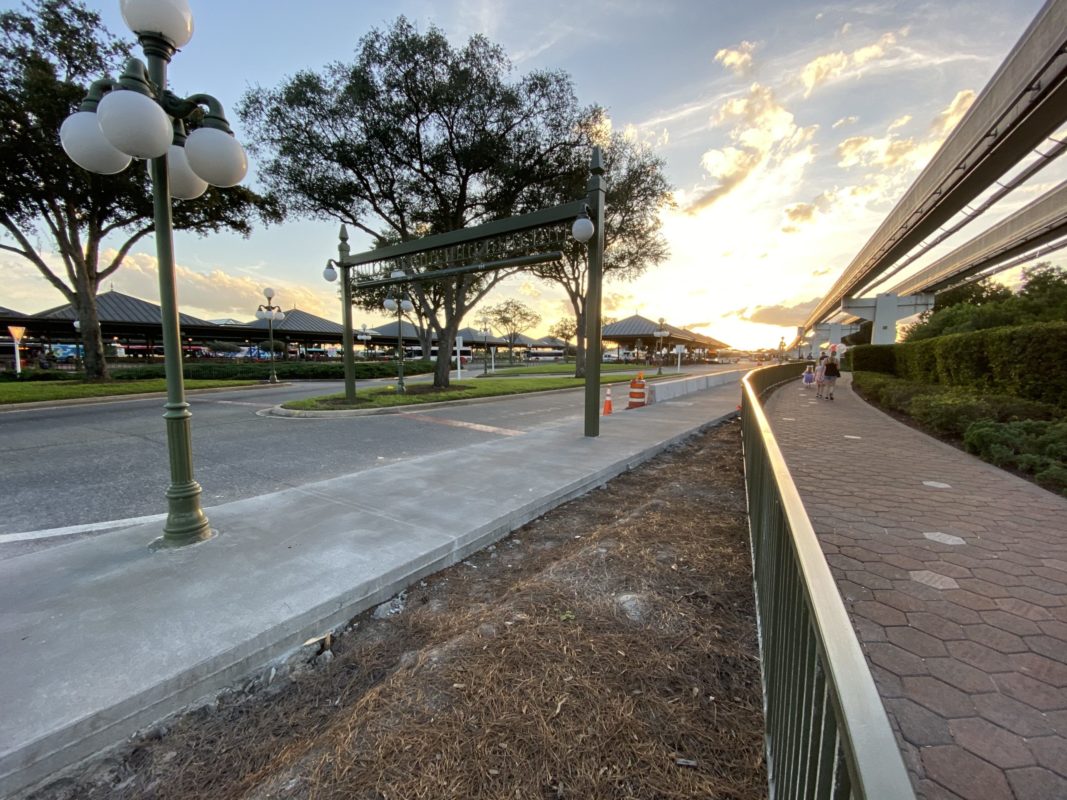 Guests looking to use the walkway leading from Disney’s Contemporary Resort to the Magic Kingdom will notice that work is currently underway in the area to bring a new sidewalk for guests to use. This new walkway comes as part of an extension of the current arrival experience enhancements taking place at the entrance to the park, and may be a temporary solution while the new permanent security checkpoint is being built. Let’s take a walk down the path and chart the current state of progress on the project. 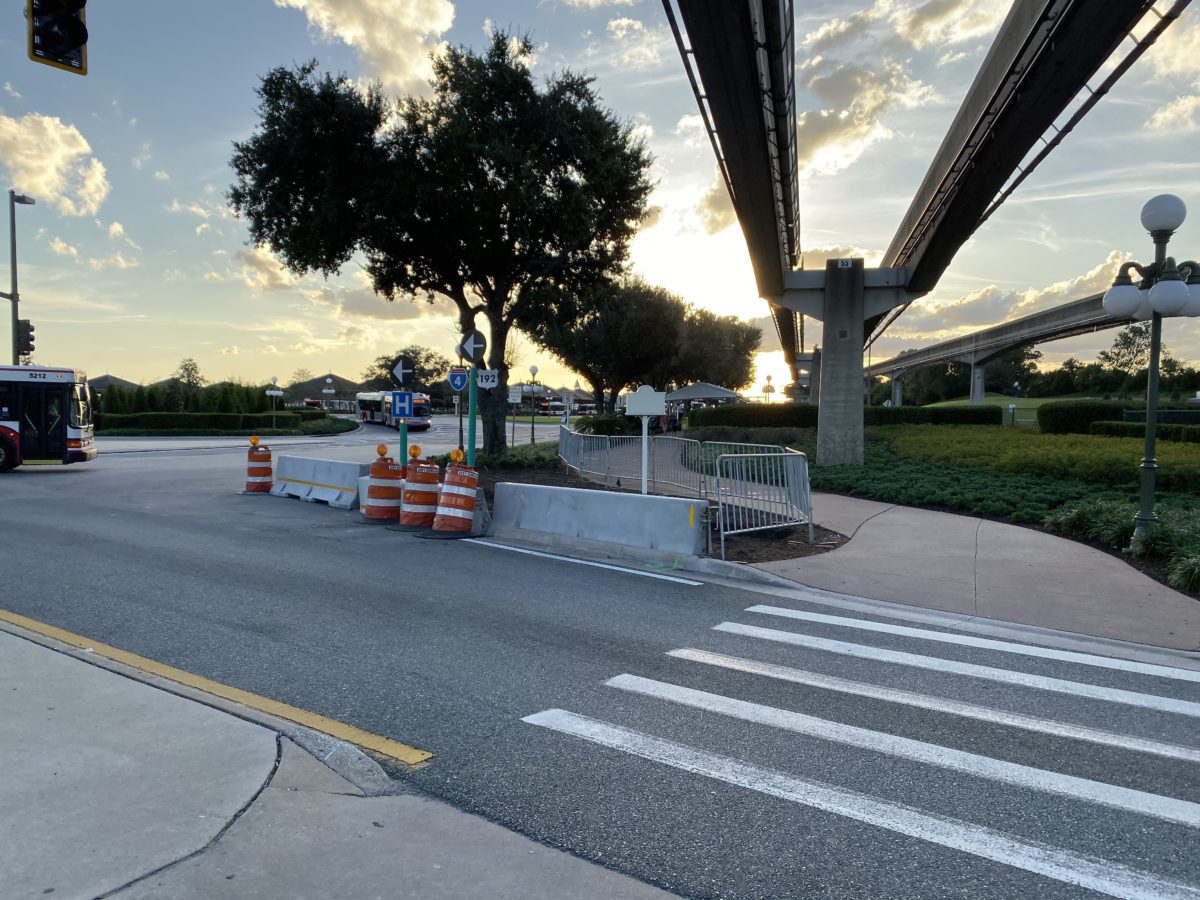 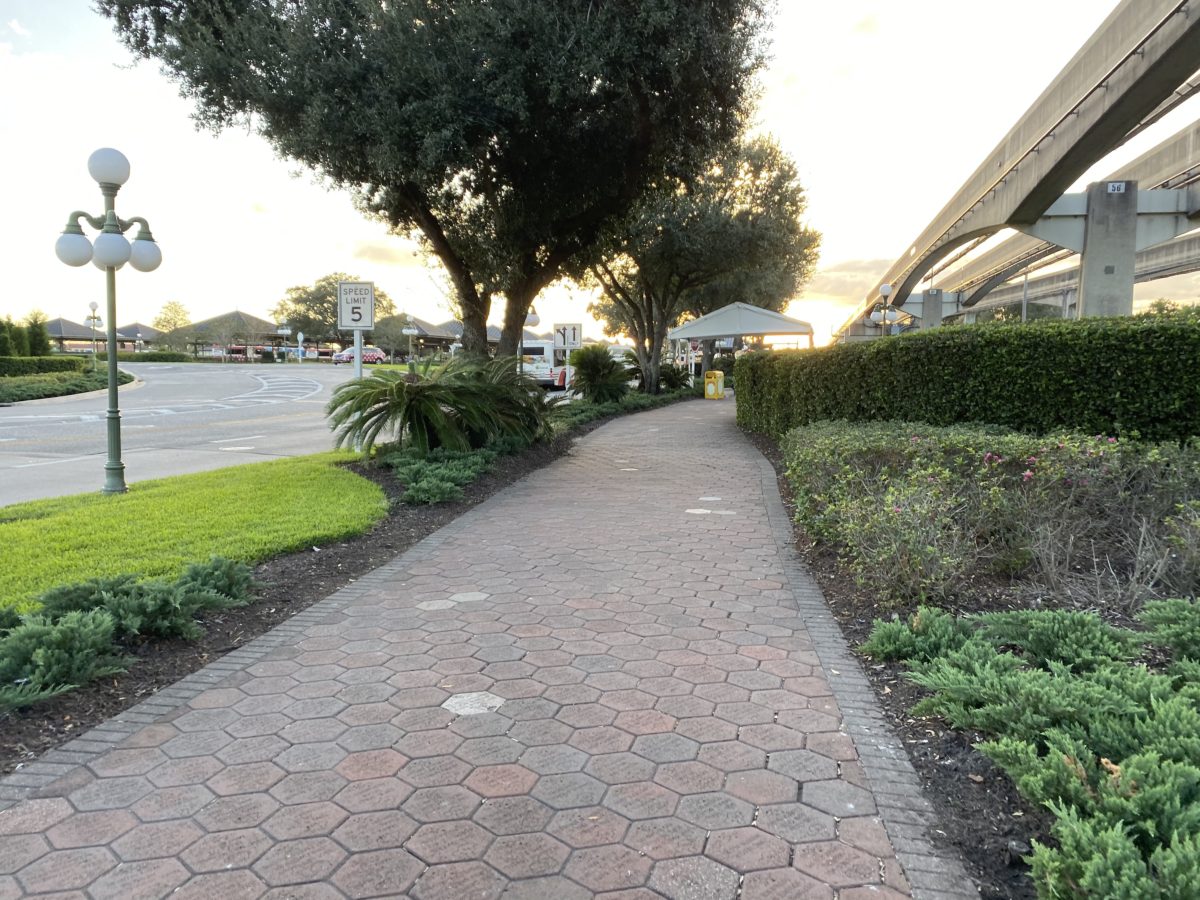 The current walkway leads over to the Walk Around The World commemorative bricks, which are currently being removed over at the front of the park. 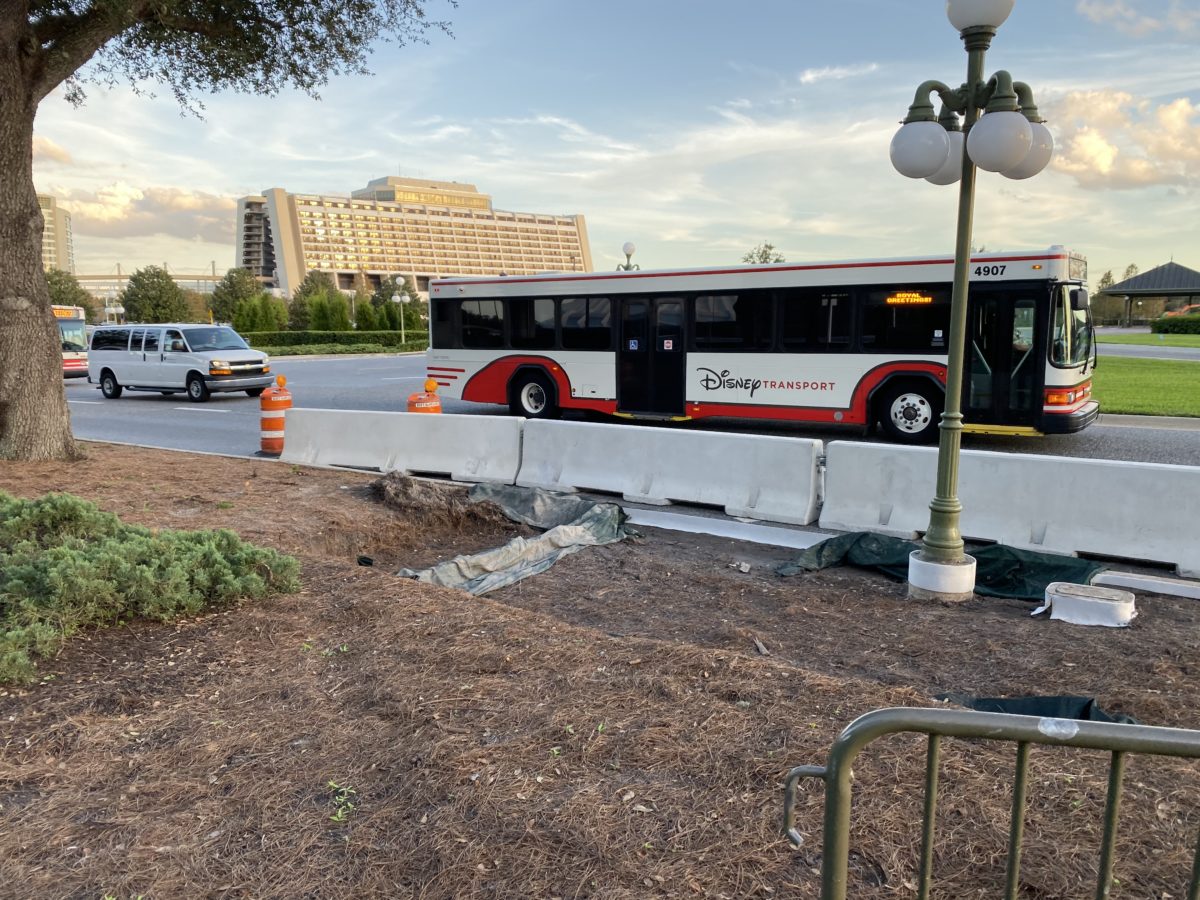 If you look off to the side, you can see that some mulch has been cleared off and leveled, plus more concrete barricades. 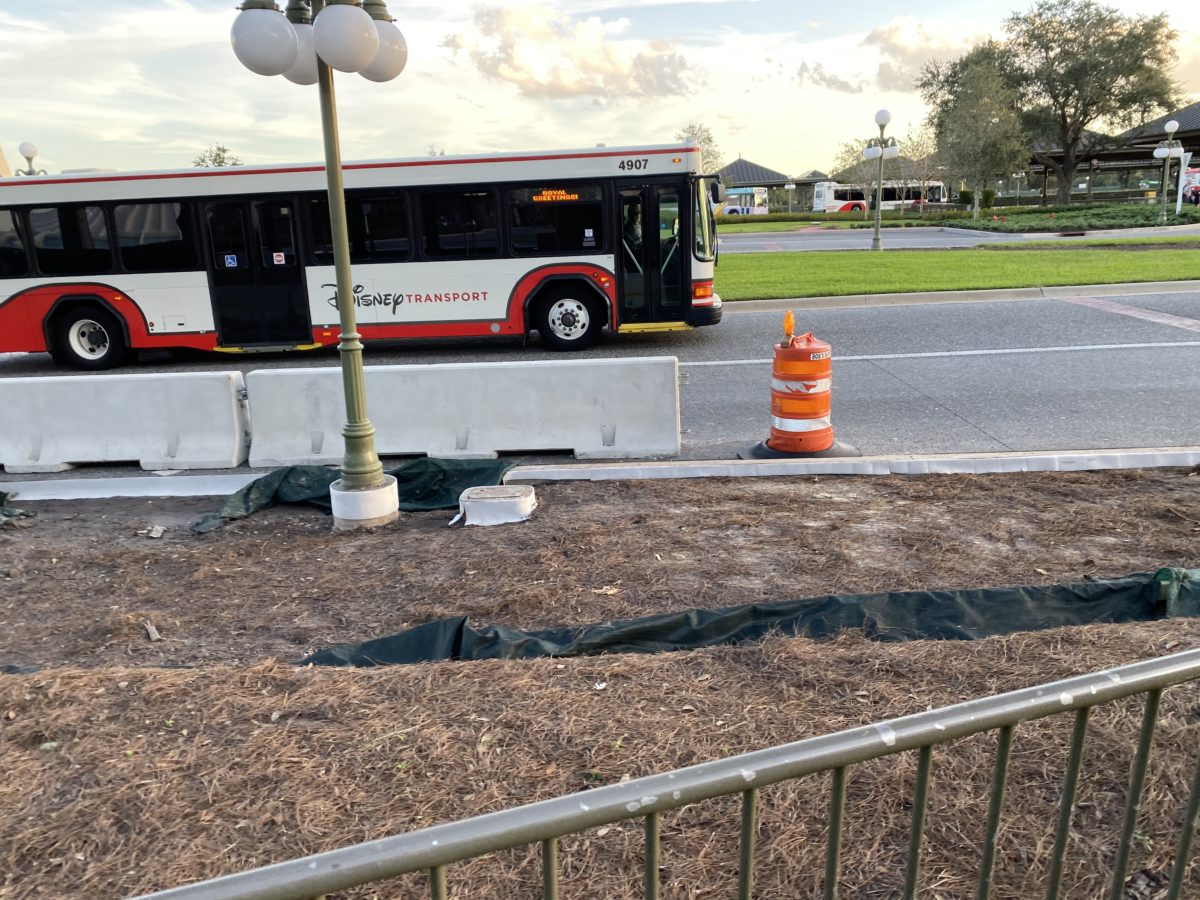 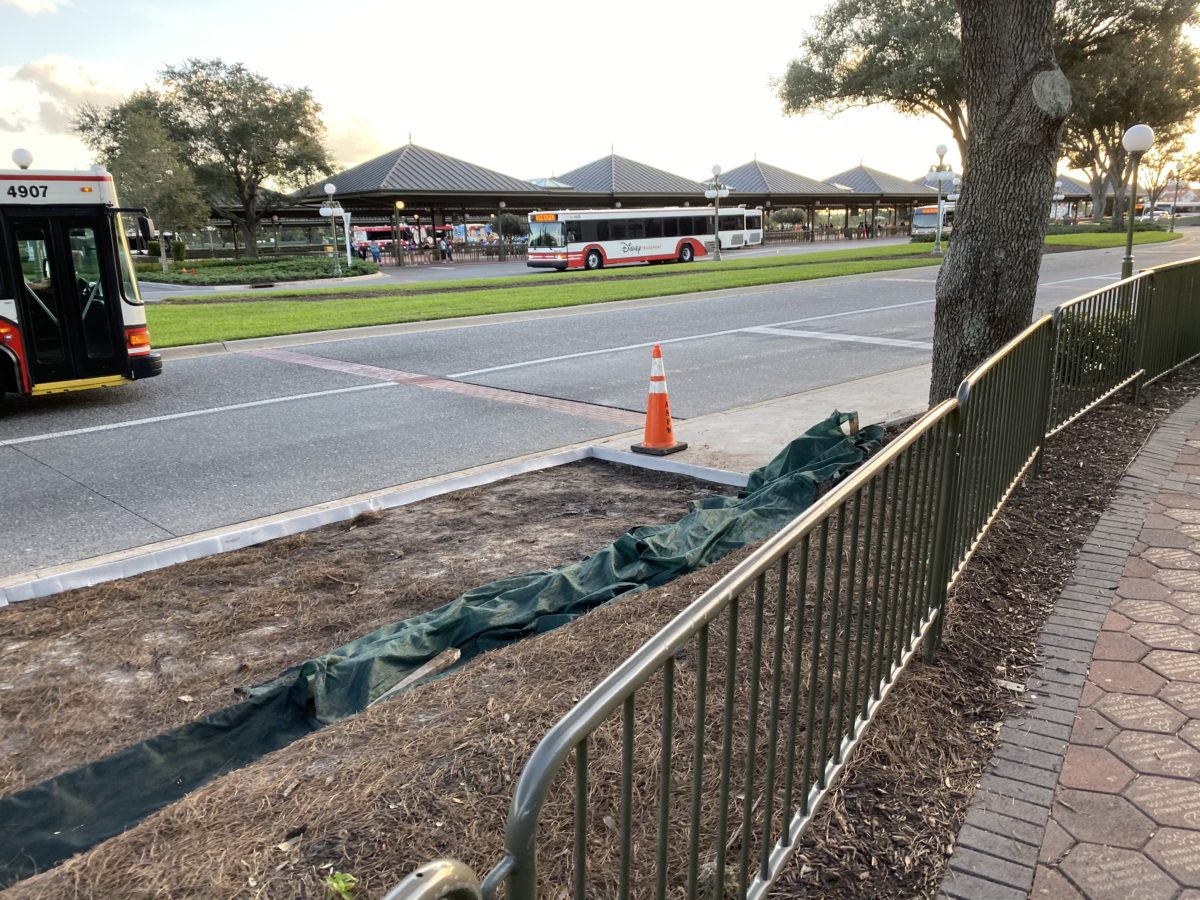 The beginnings of the new sidewalk have already been started, with fresh slabs of concrete over by where the pathway tapers. 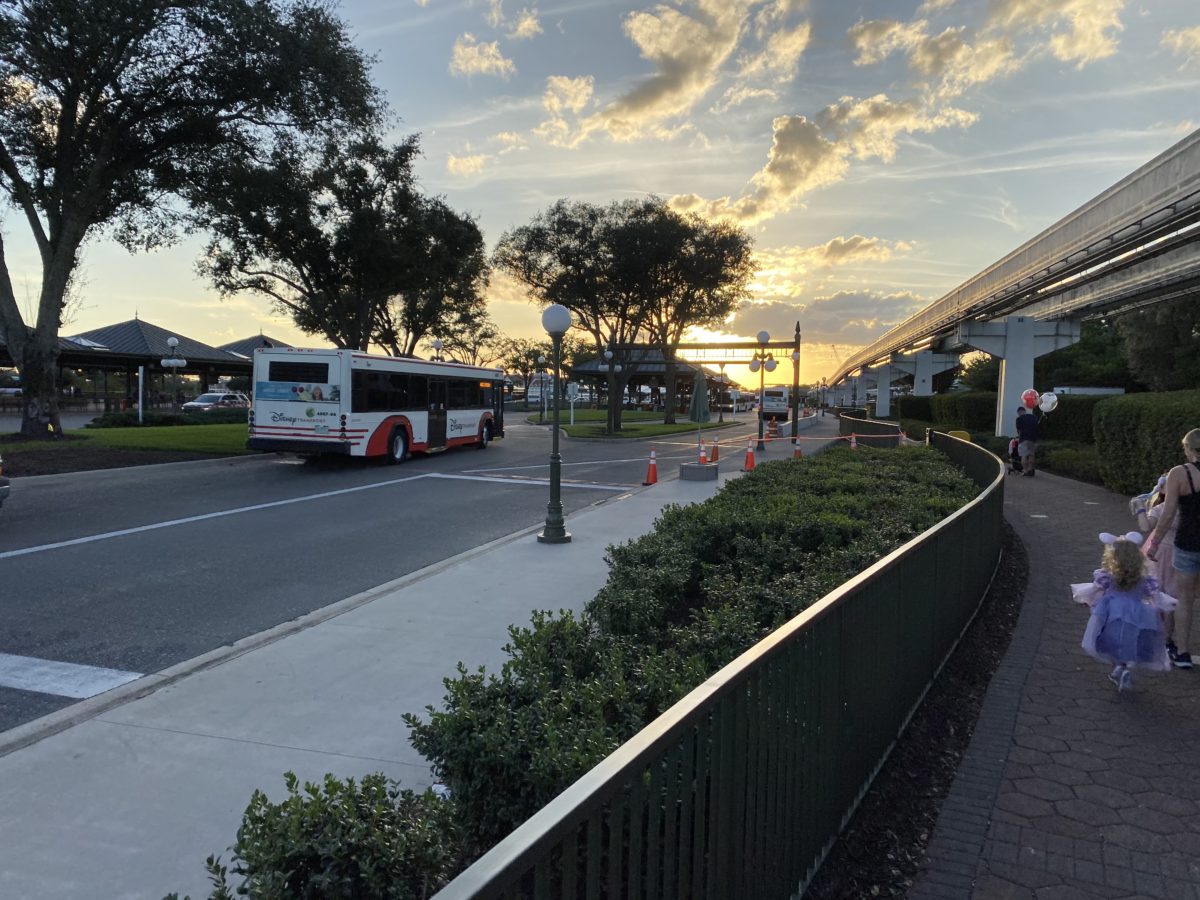 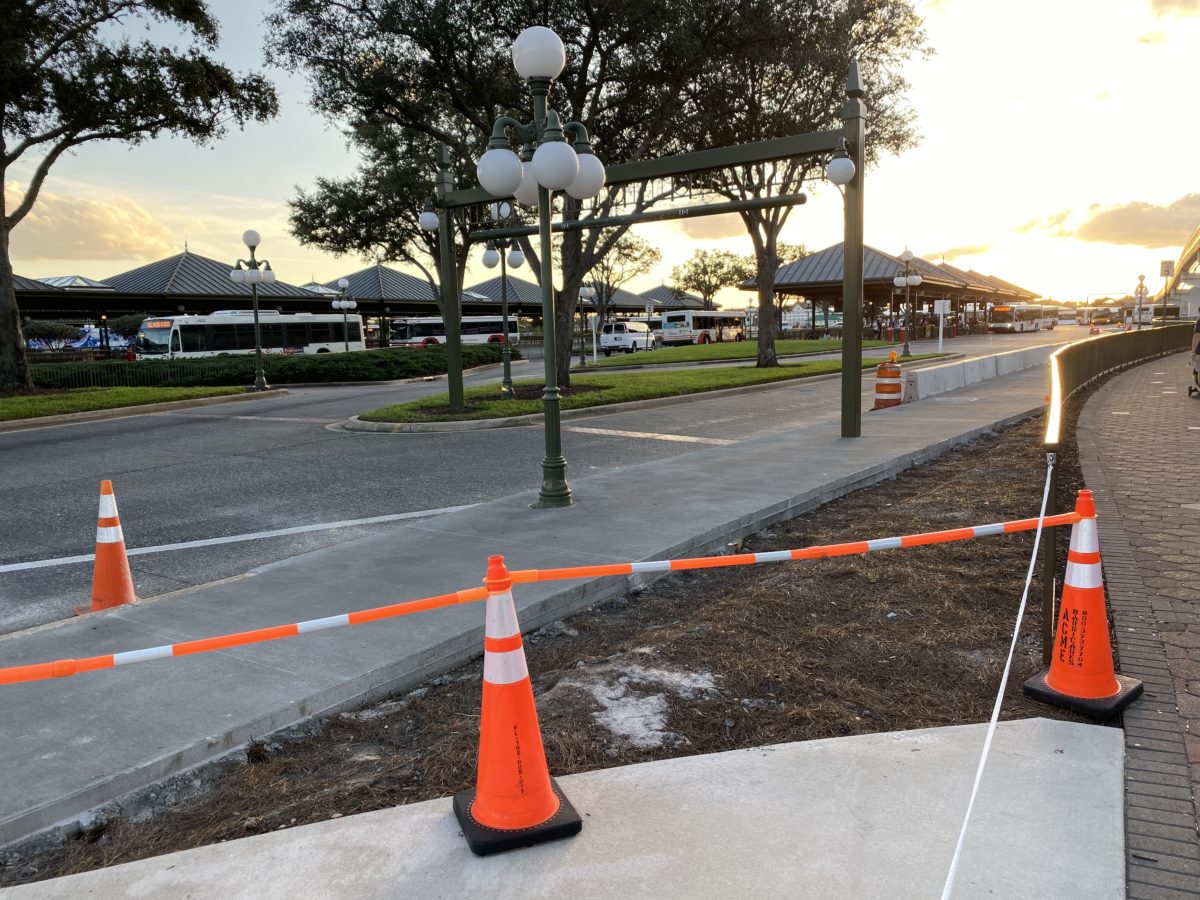 In the photo above, you can see the new sidewalk on the left and the old Walk Around The World walkway on the right. 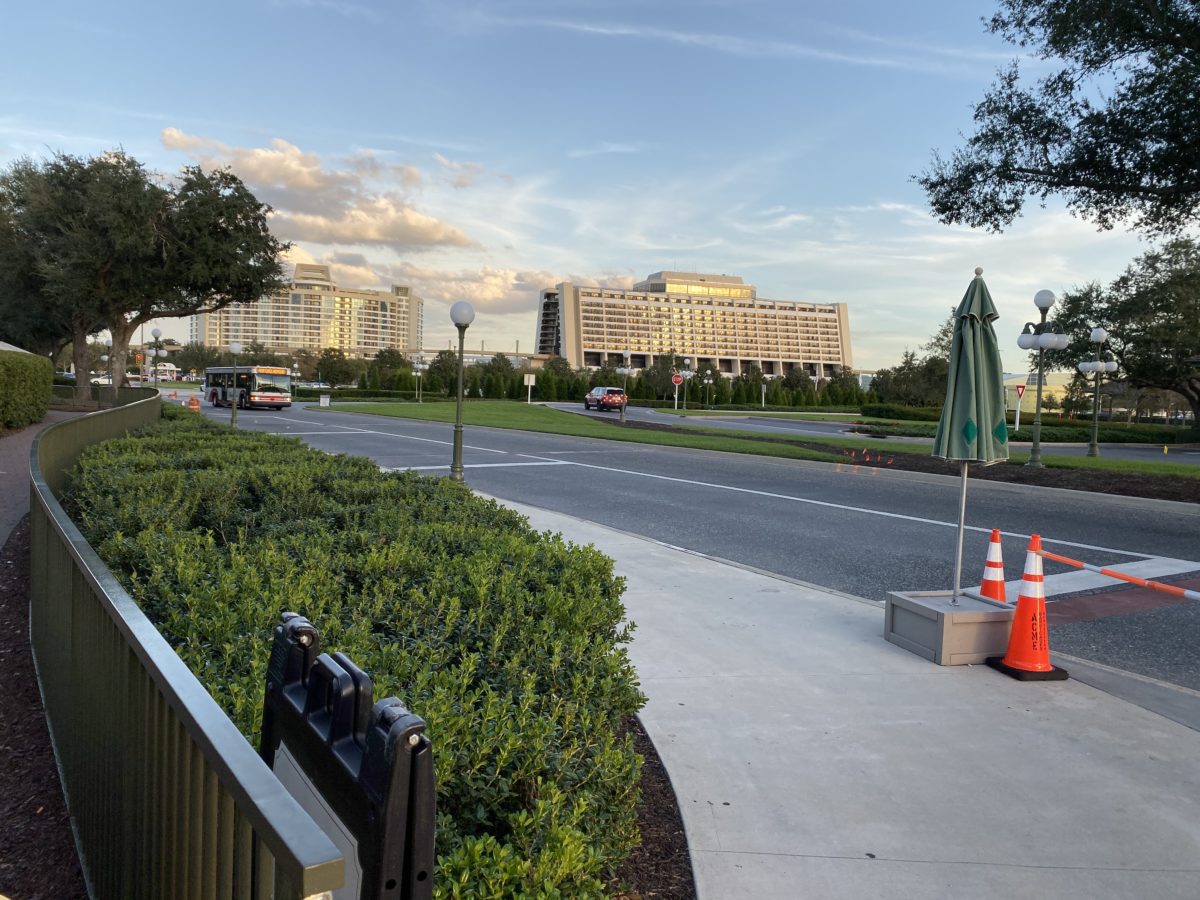 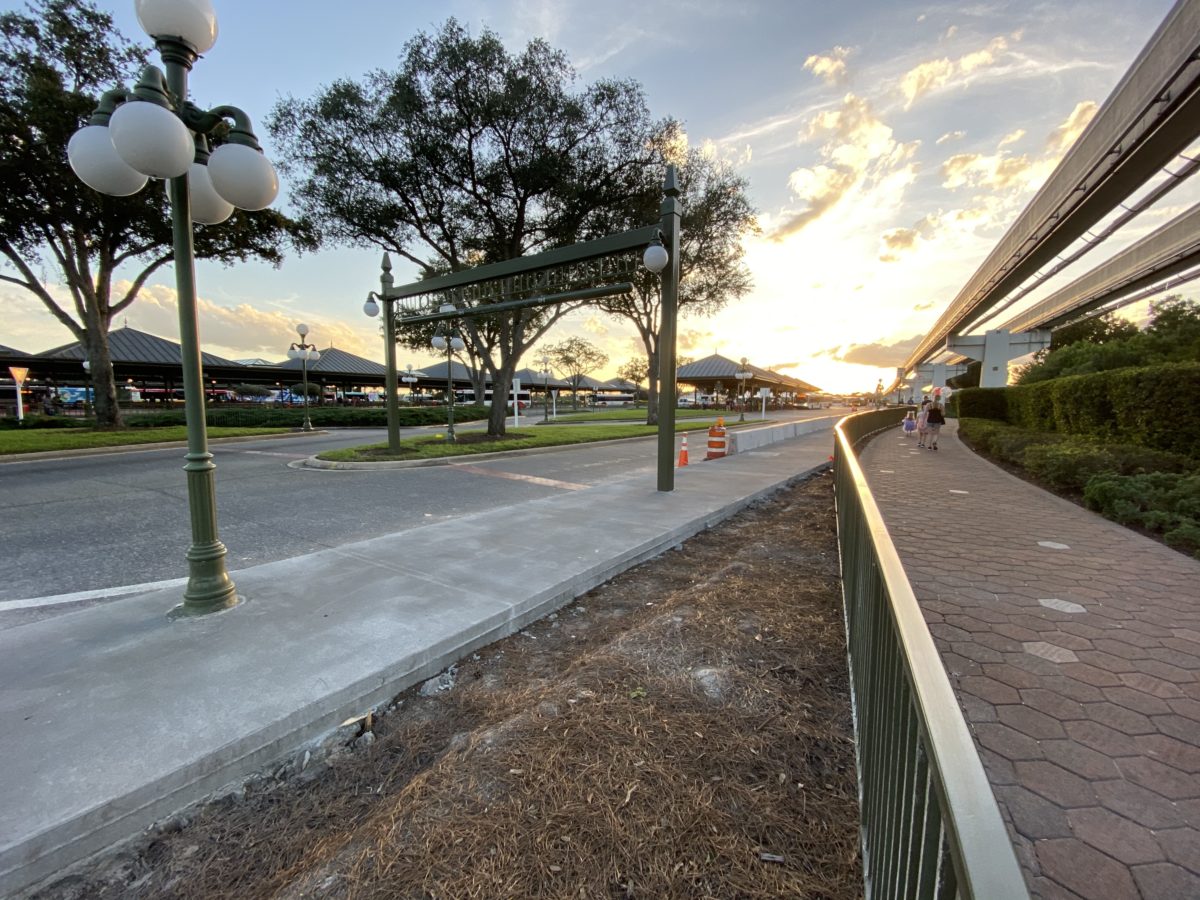 Soon, pedestrian traffic will be veered over to that side, potentially temporarily, as work on removing the bricks begins. 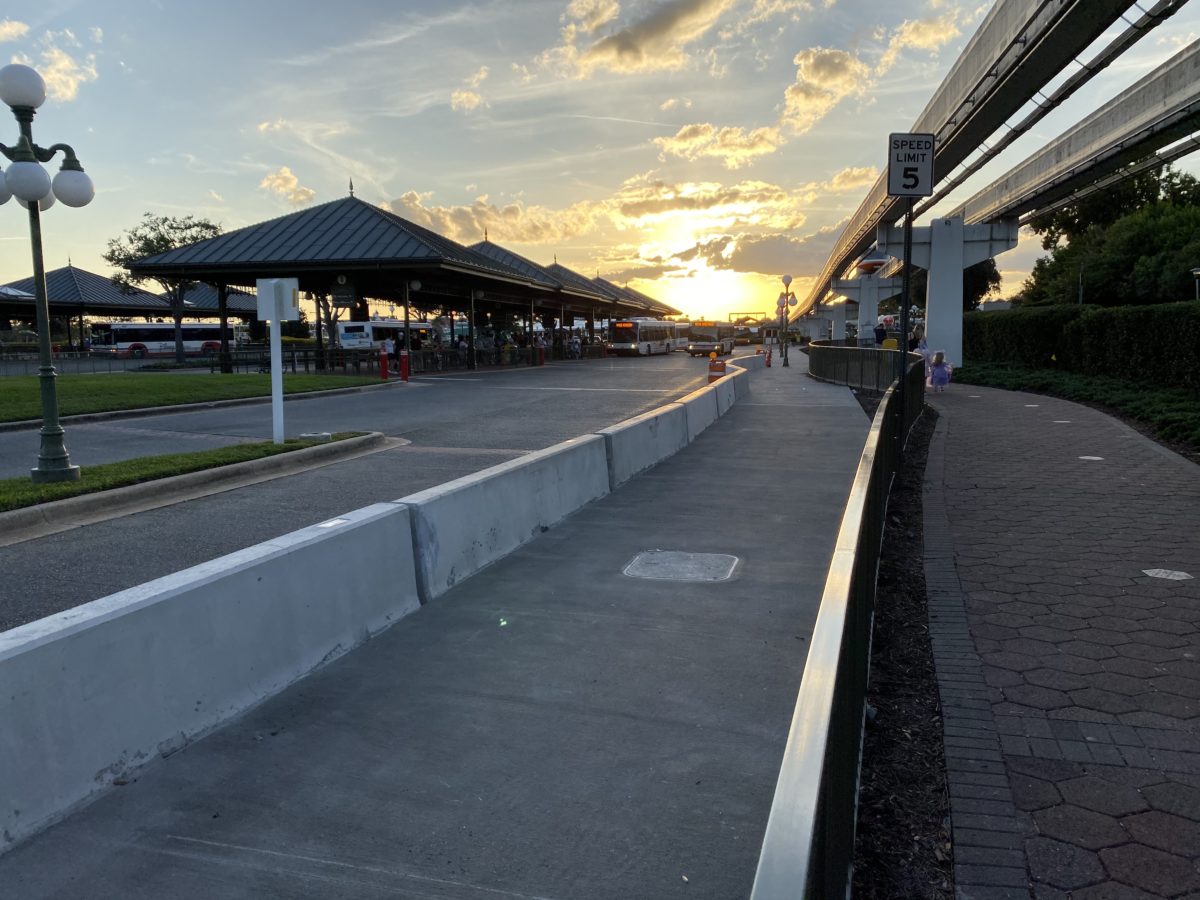 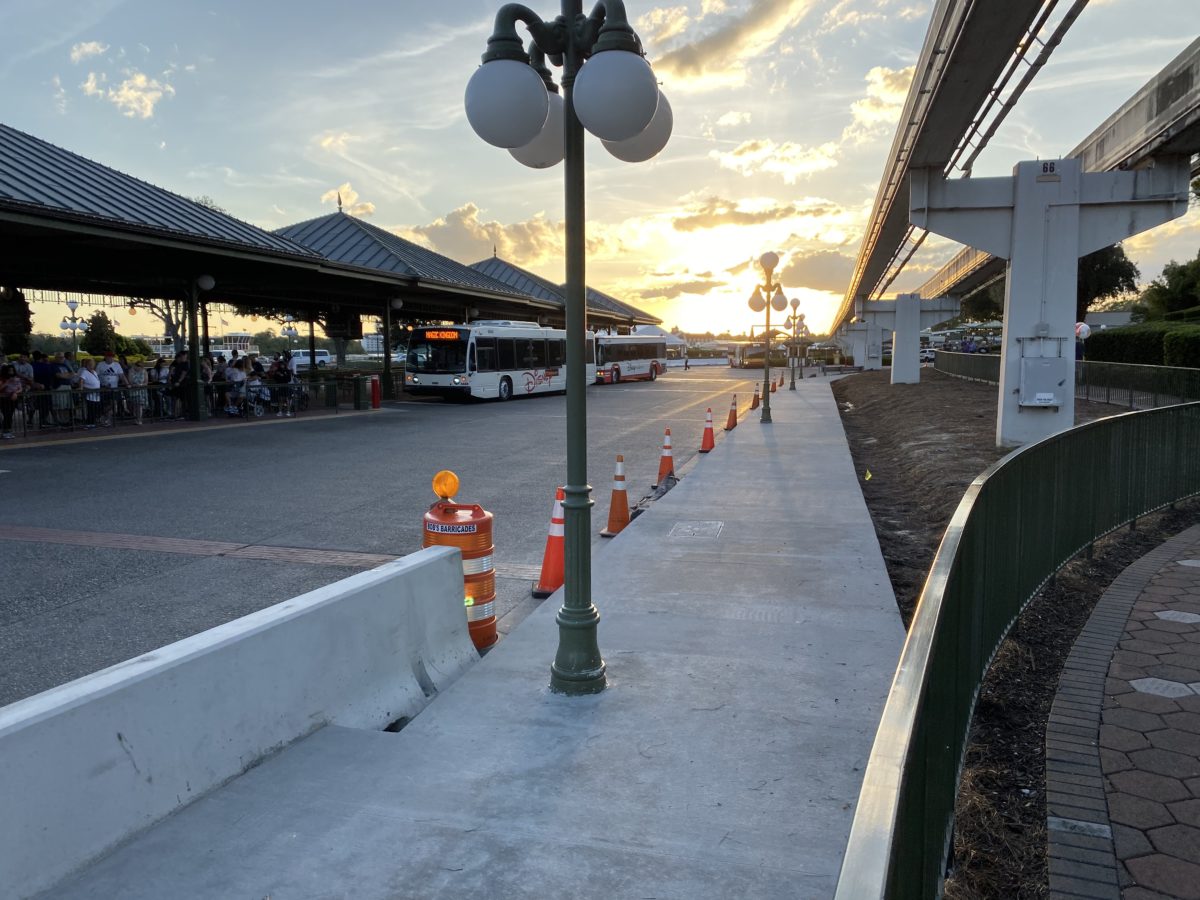 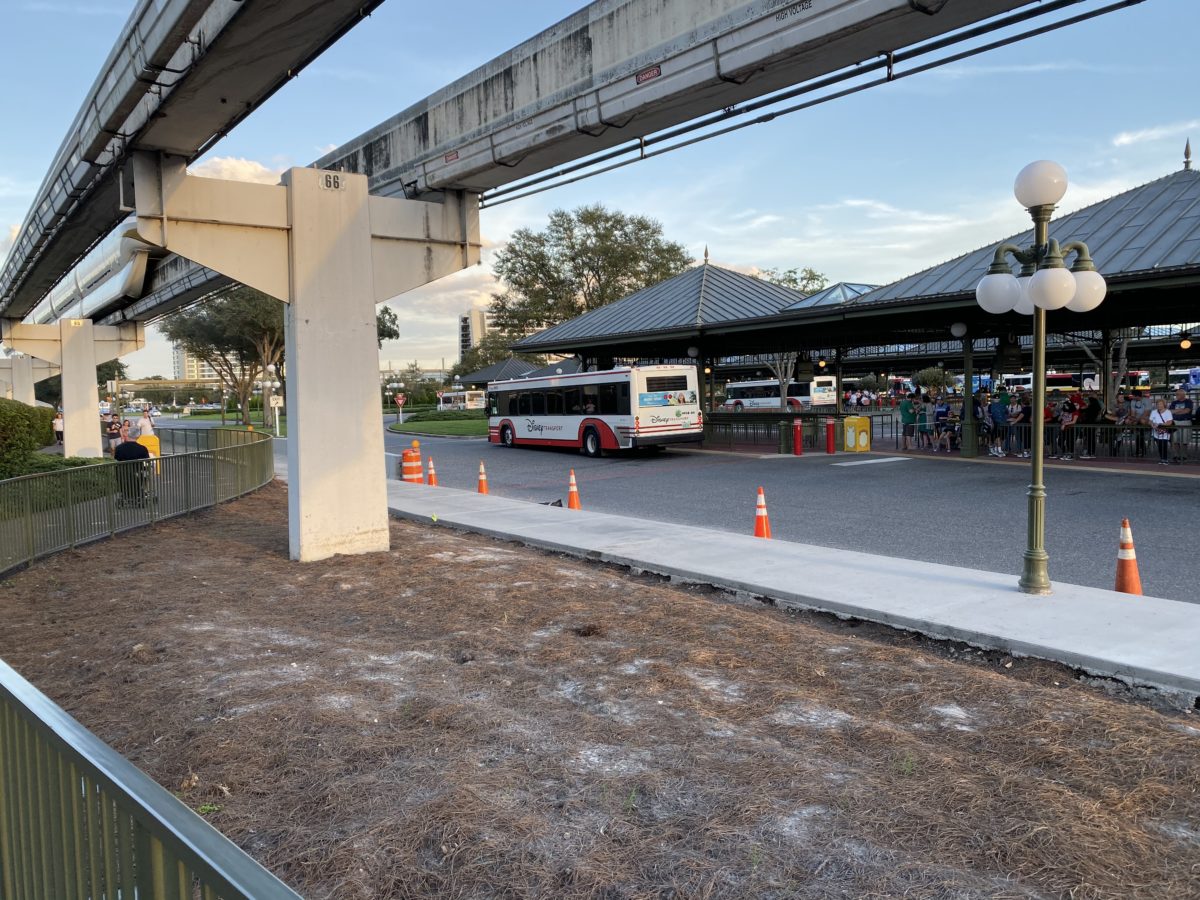 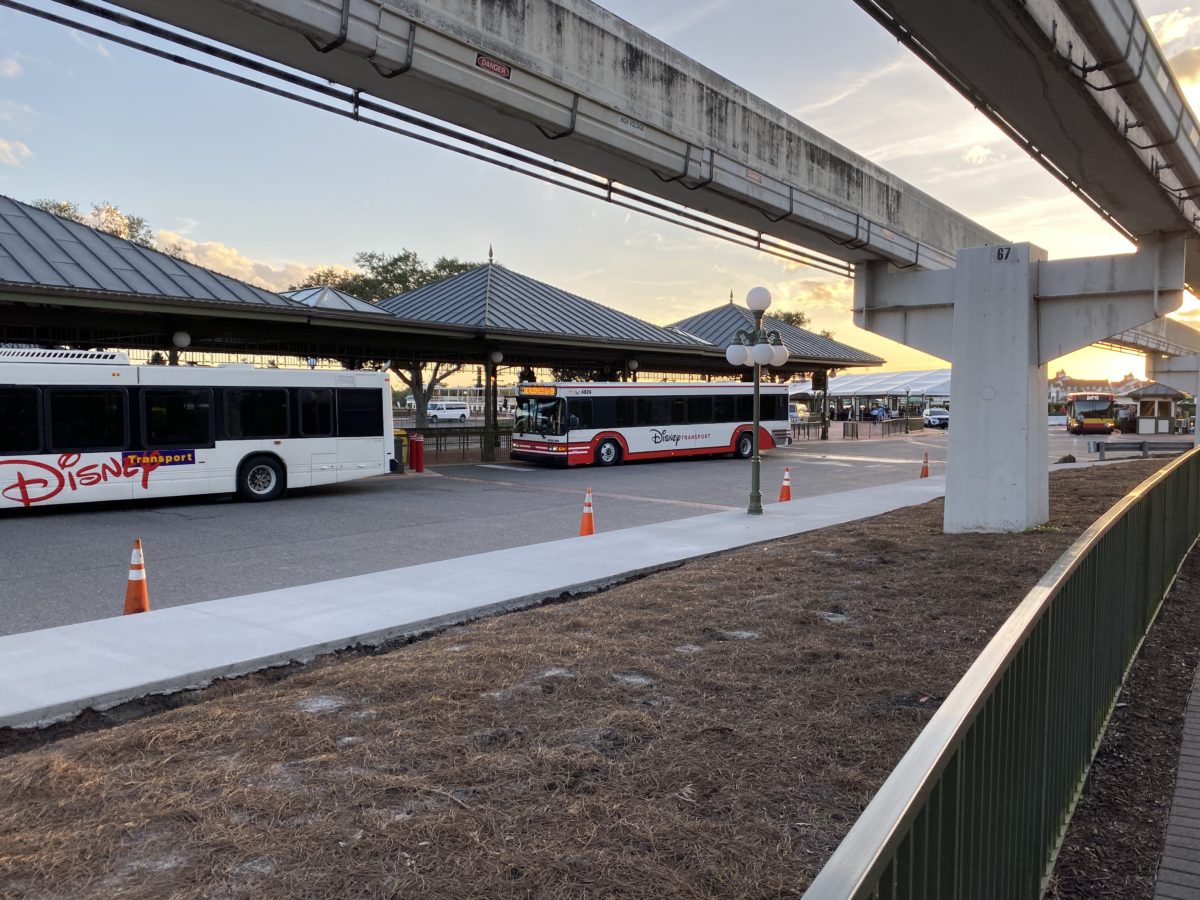 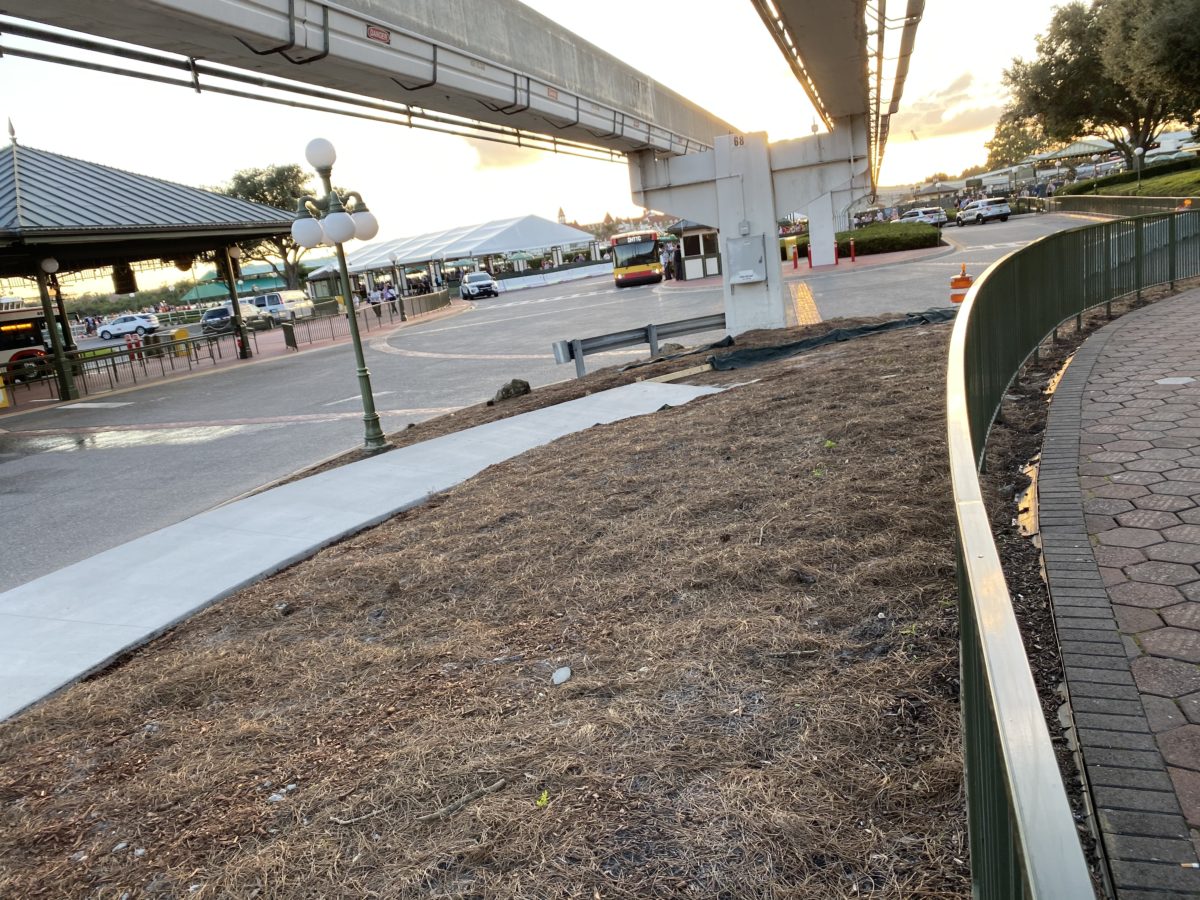 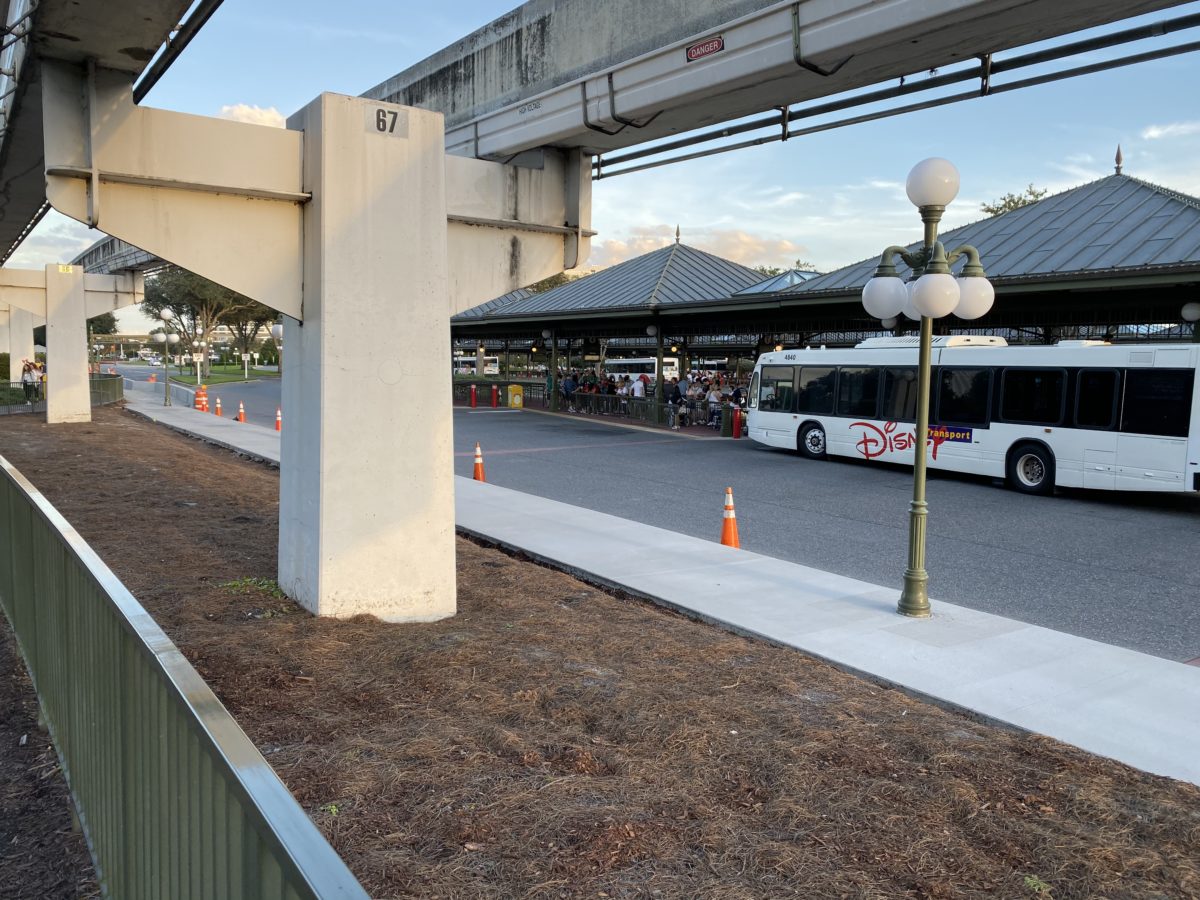 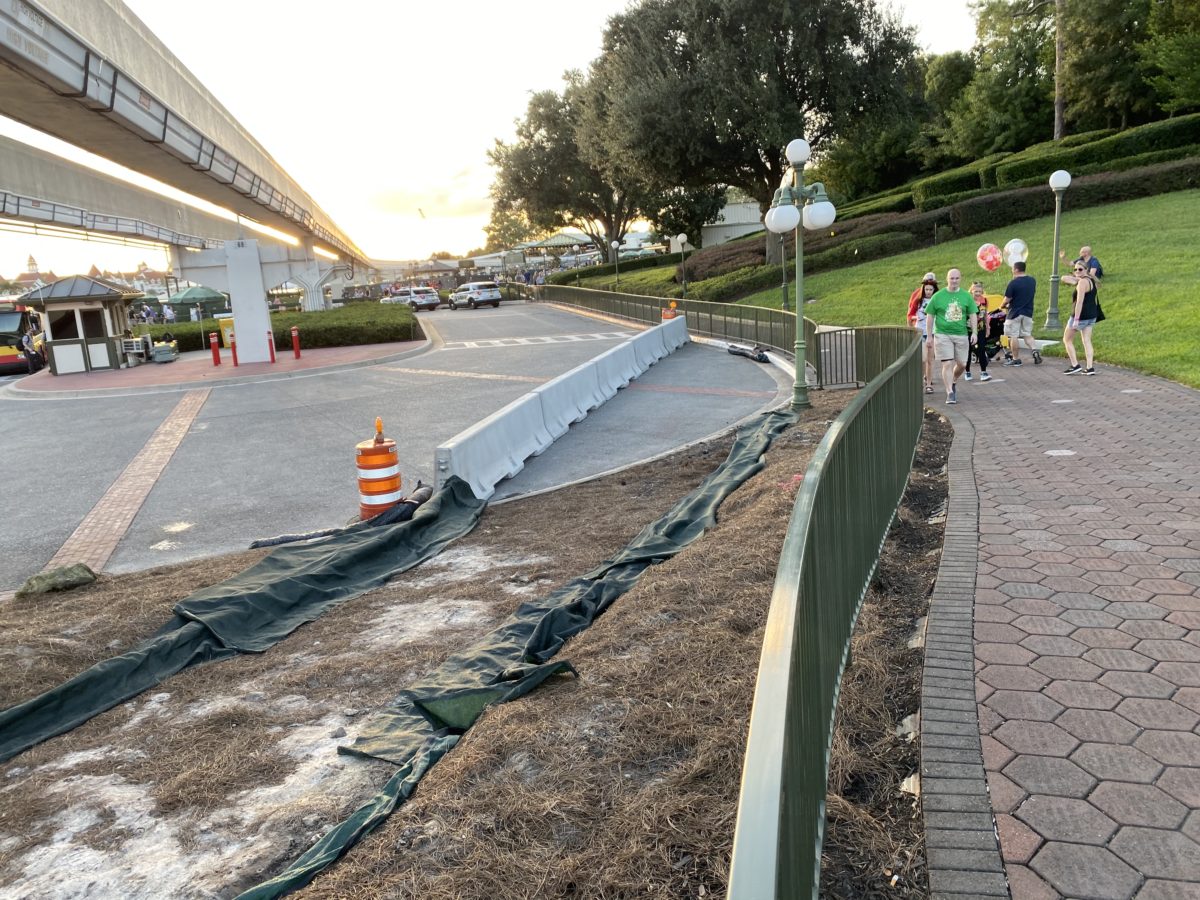 You can see the outline of where the next section of sidewalk will be paved, taking a chunk of the curve that is typically used for bus and vehicle turnaround.

We’ll be checking in on the progress of this project and more as the entrance to the Magic Kingdom is transformed for decades of future guest use.