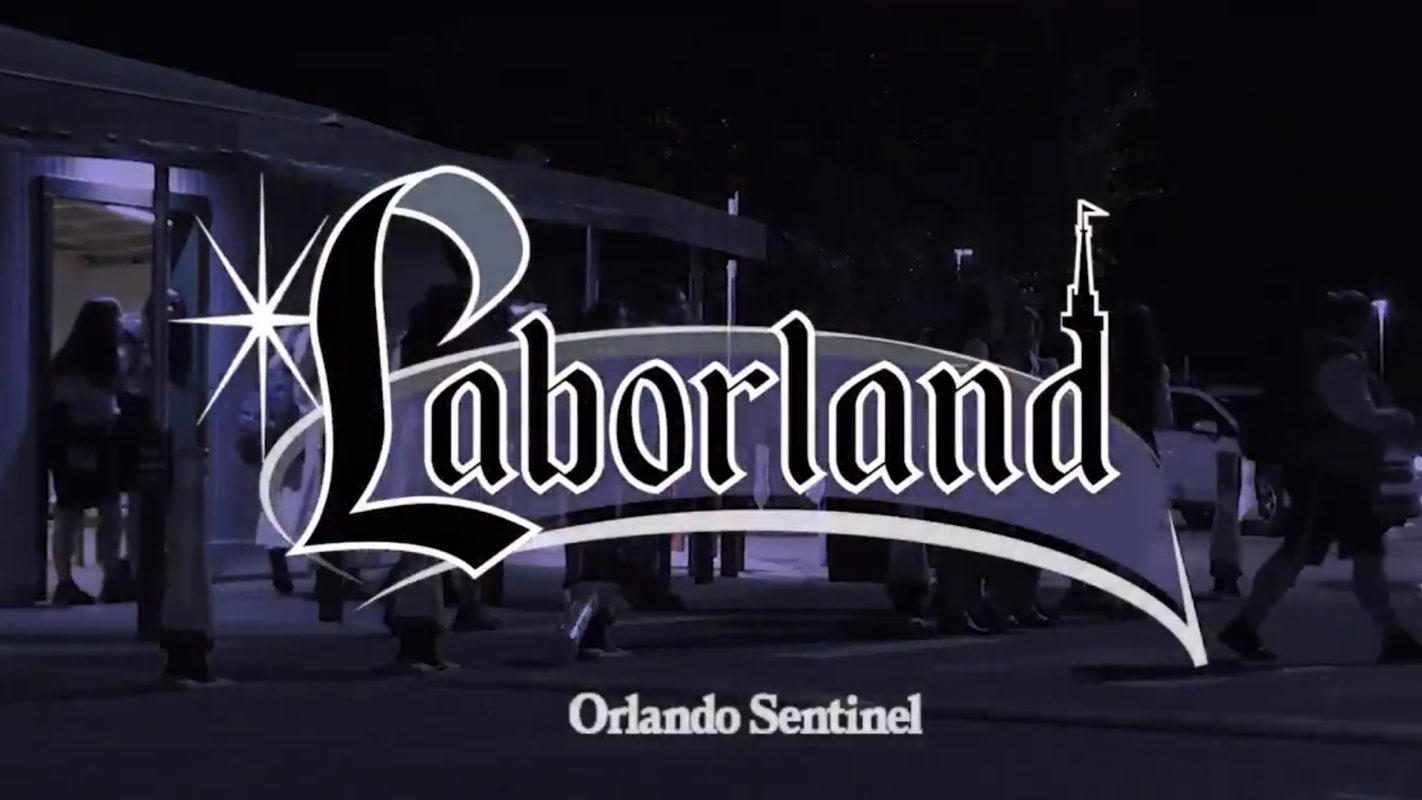 While tourists come from around the world to experience the magic of Walt Disney World, Universal Orlando, SeaWorld and other Orlando-area attractions, the way their employees live is far less magical. With Orlando being the one of top tourist areas in the nation, but ranking last in median incomes in the top 50 metropolitan areas in the United States, the Orlando Sentinel wants the world to know.

Today, the newspaper announced “Laborland,” a four-part series premiering this week that will expose the challenges many in Orlando’s tourism community face. The Sentinel released a video trailer for the series on Monday, showing off some of the stories they’ll cover.

One cast member, seen wearing what looks like a Walt Disney World name tag, explains that she has had to sleep in her car on occasion because she couldn’t afford for the gas that would allow her to drive home and back to work again. The area also faces an affordable housing shortage, described by the Sentinel as “one of the worst in the country,” as well as a public transit system that’s described as “severely underfunded.”

Really excited to *finally* be sharing what we've been working on all year.
These are the people who help make Orlando the #1 tourism town in the U.S. Their lives are stressed by low wages, little affordable housing & limited transit.
And they've lived in the shadows for too long https://t.co/cCzXTVp4Hy

The Sentinel describes their project as follows:

But they fade into a community that doesn’t have enough affordable housing, public transit or opportunities in higher-paying jobs.

This week, the Orlando Sentinel will begin publishing Laborland, a four-part series on the challenges facing workers 50 years after the opening of Walt Disney World.

If you’re a cast member at Walt Disney World or any Orlando-area tourist destination and you’d like to share your story with the Sentinel, you can fill out their form here or contact reporters Chabeli Herrera at [email protected] or reporter Gabrielle Russon at [email protected]