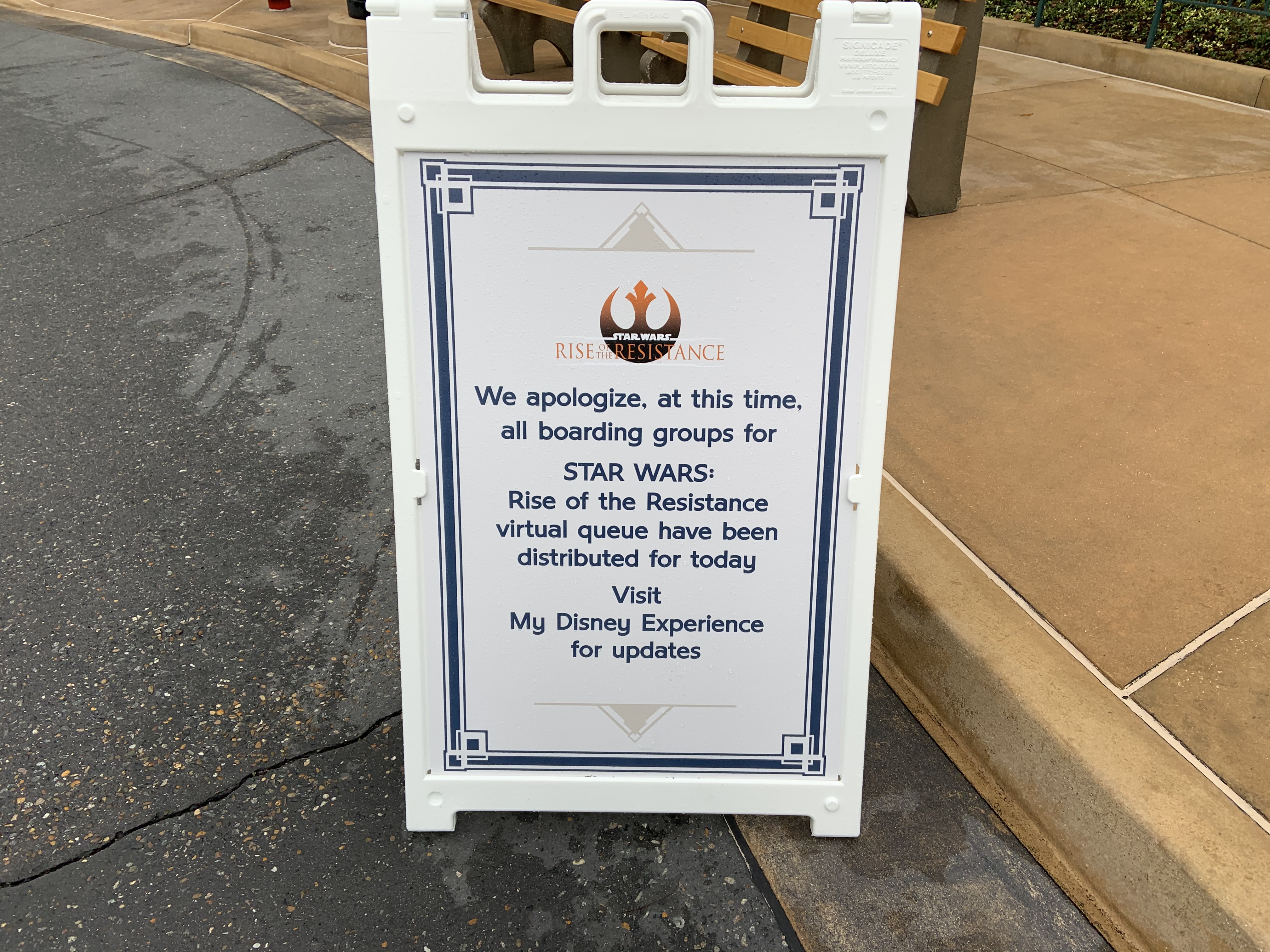 UPDATE: Disney has confirmed that Boarding Group distribution will be taking place at official park open daily until further changes are implemented.

Since Star Wars: Rise of the Resistance opened, the attraction has utilized a boarding group system that required guests to enter the park and then obtain said group in the My Disney Experience app in order to ride. On top of this, the park has been unofficially opening anywhere from 30-120 minutes ahead of the scheduled opening time, allowing guests to grab that boarding group way before the park’s official opening time. Today, things have gone a little differently…

While the park did allow guests in before the official 7:00 am opening time (at 6:30 am guests were admitted), cast members have informed guests that they will not be able to join a boarding group until 7:00 am. On top of this, the attractions in the park did not open prior to 7:00 am, either.

It is unknown if this is a one-day policy change or if it will be the way the process works from now on, but we will certainly keep you posted on this and further operational changes for Star Wars: Rise of the Resistance at Disney’s Hollywood Studios.

Previous
PHOTOS: More Progress on The Enchanted Tale of Beauty and the Beast; New Fantasyland at Tokyo Disneyland (12/18/19)