Welcome to another beautiful day here at Disney’s Hollywood Studios. All the Christmas decorations are still up around the park, but we’re ready for all the new year has to offer. We decided to start our morning checking in on Mickey & Minnie’s Runaway Railway. 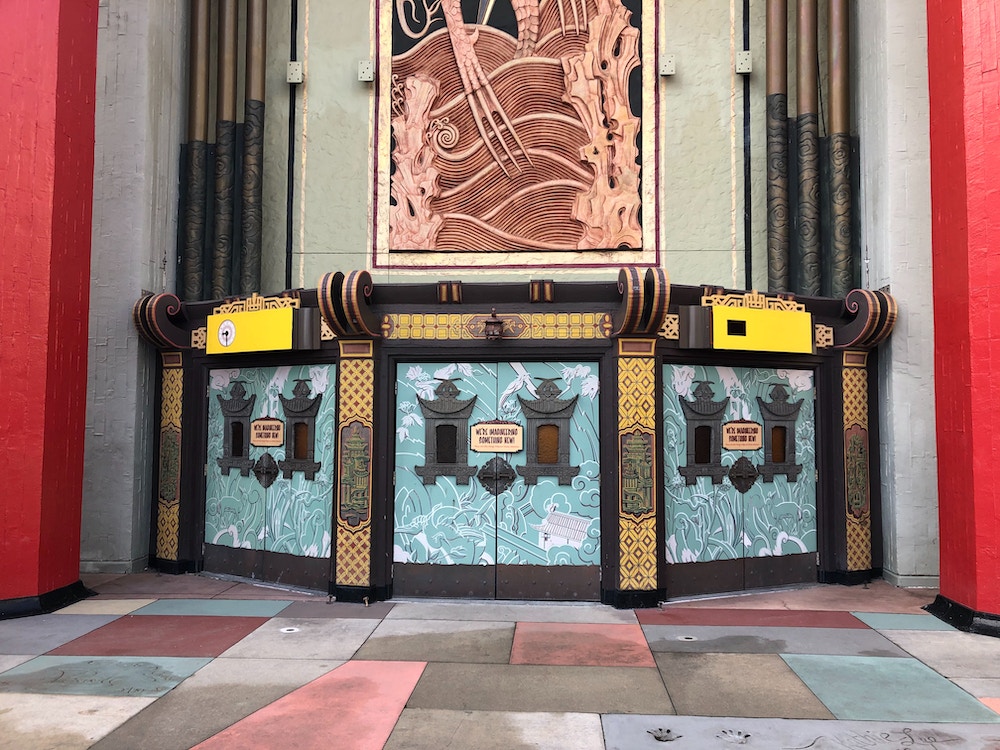 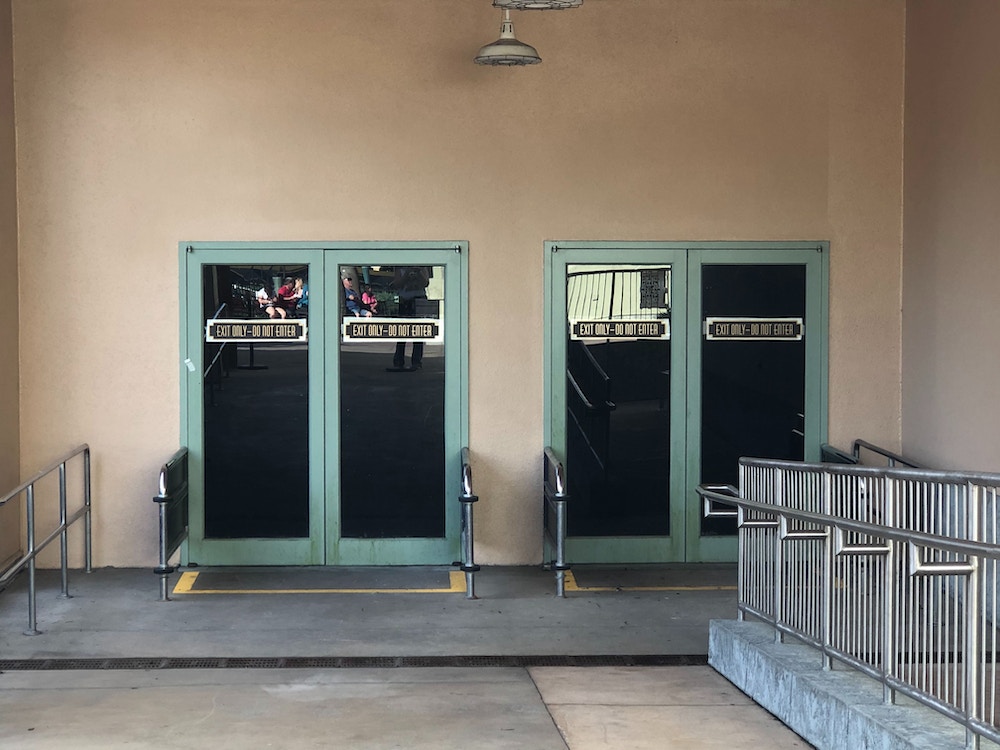 New signage has gone up around the entrance and exit of the attraction. This, and the first official piece of merchandise, have us excited and anxious for March 4! 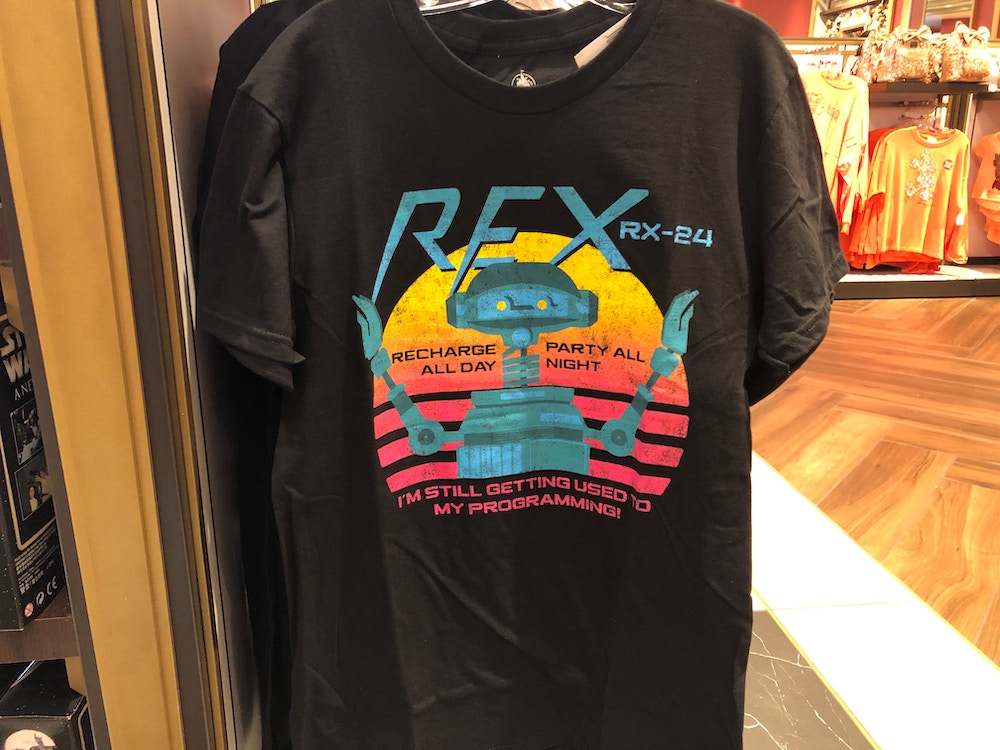 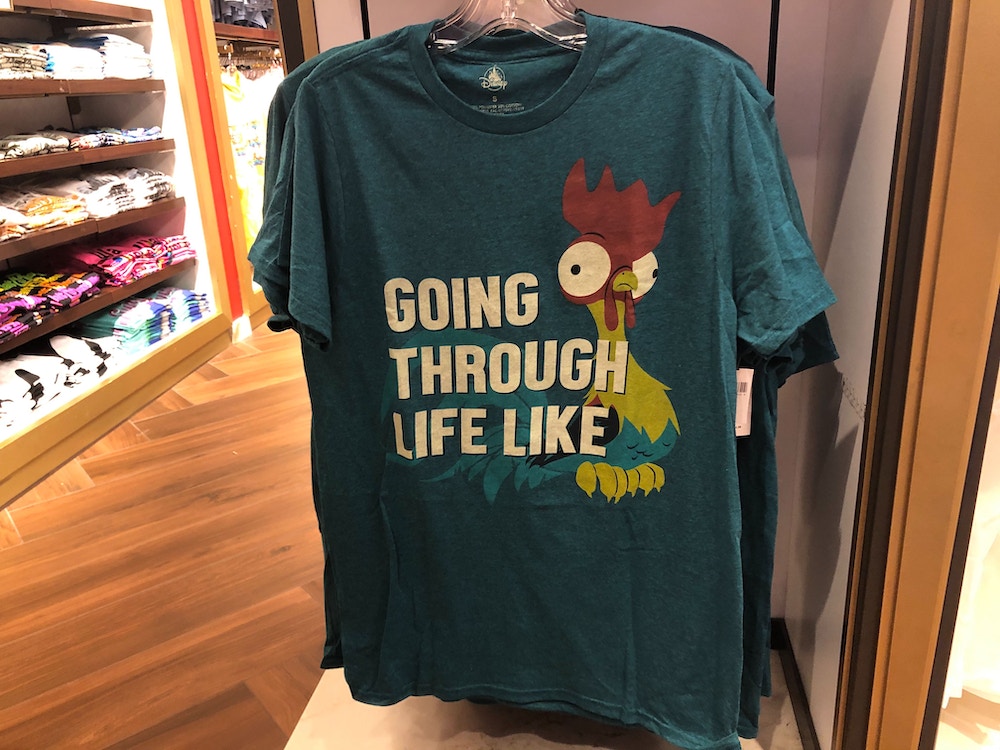 Inside Mickey’s of Hollywood, we found two new shirts. They’re $24.99 each and feature two of my favorite characters- DJ Rex and Hei Hei. These are going home with me. 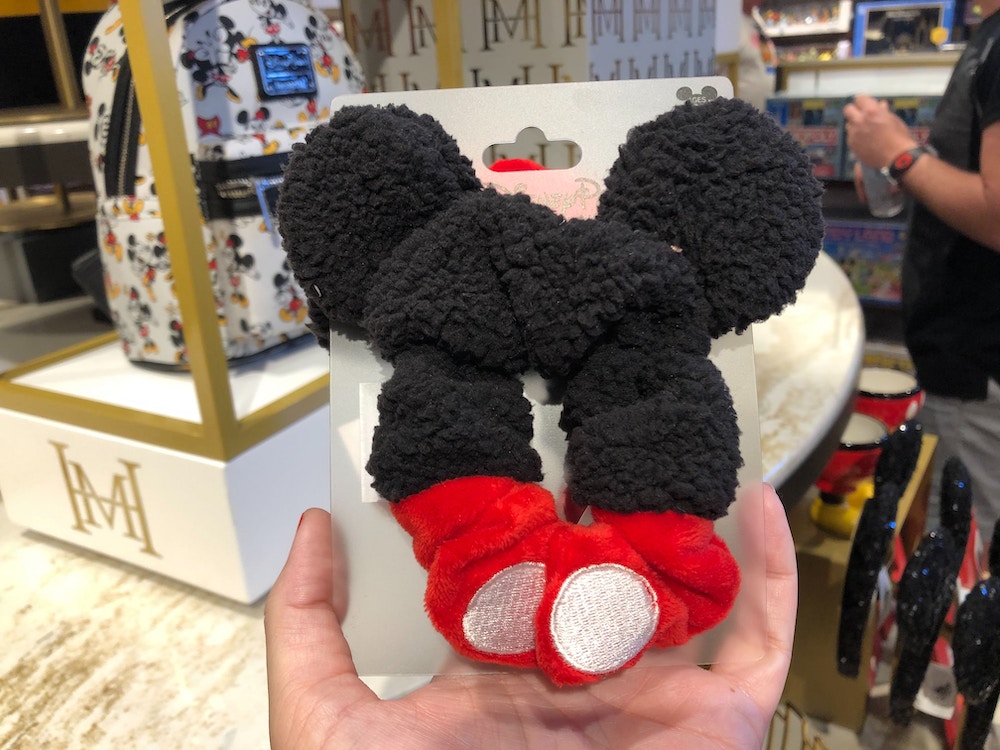 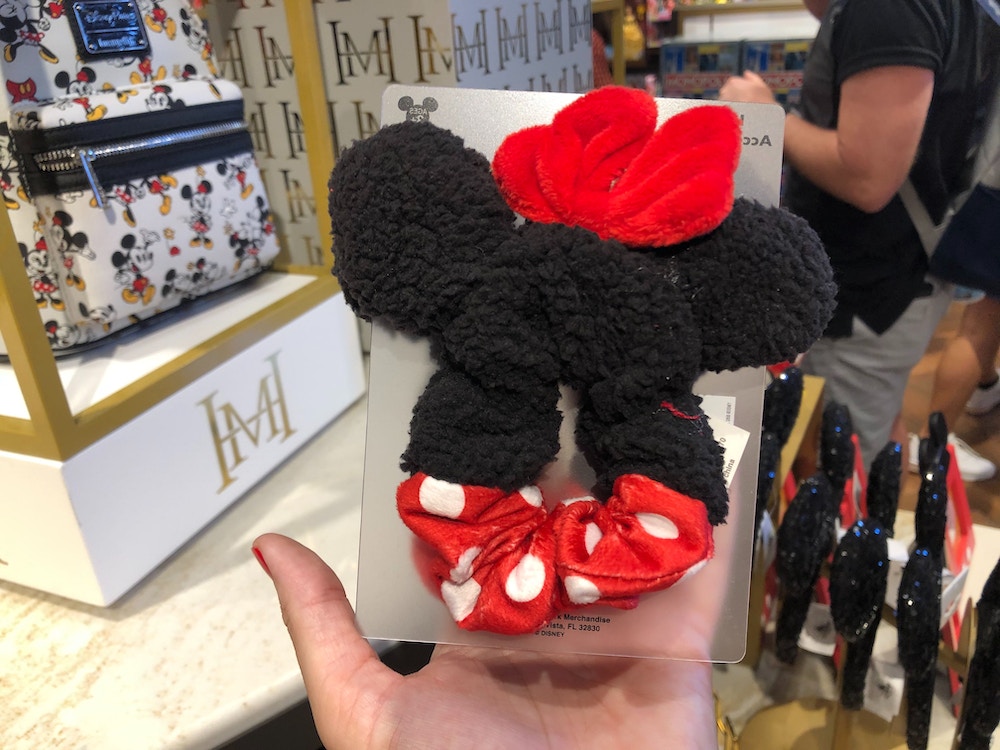 Mickey and Minnie scrunchies are now available at Mickey’s of Hollywood. They are sold as a pair for $14.99. 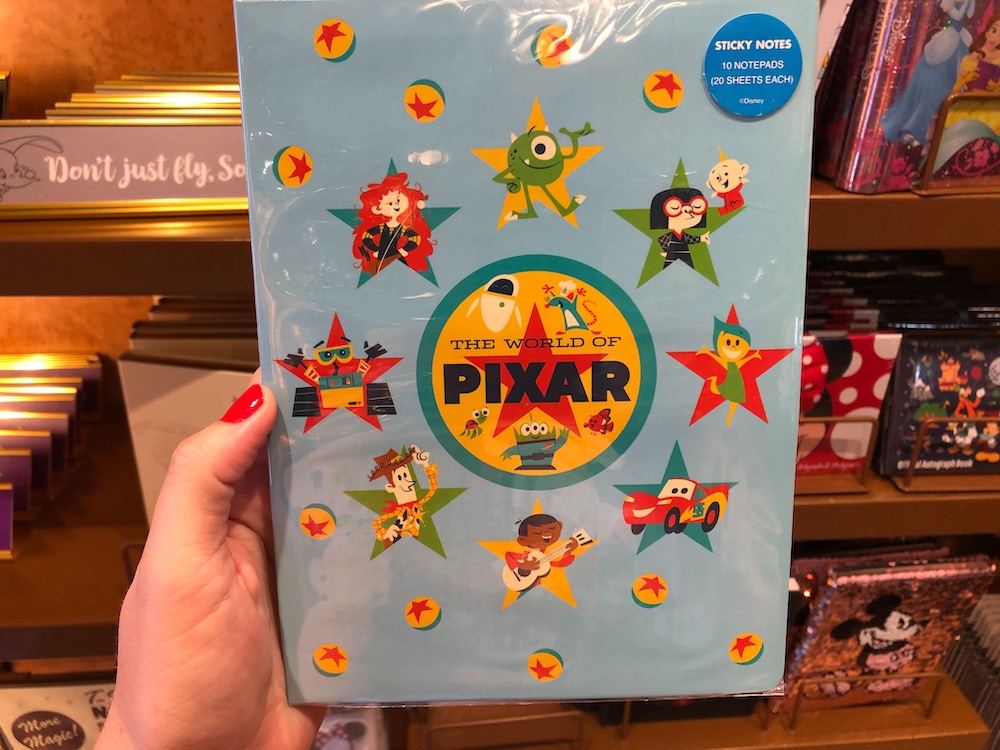 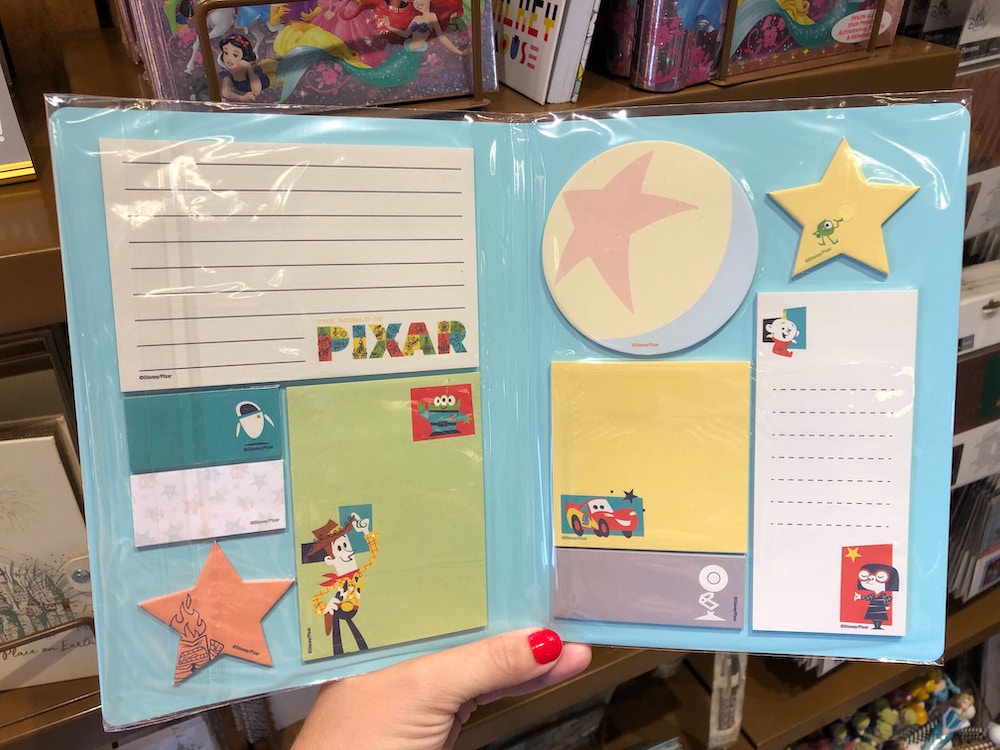 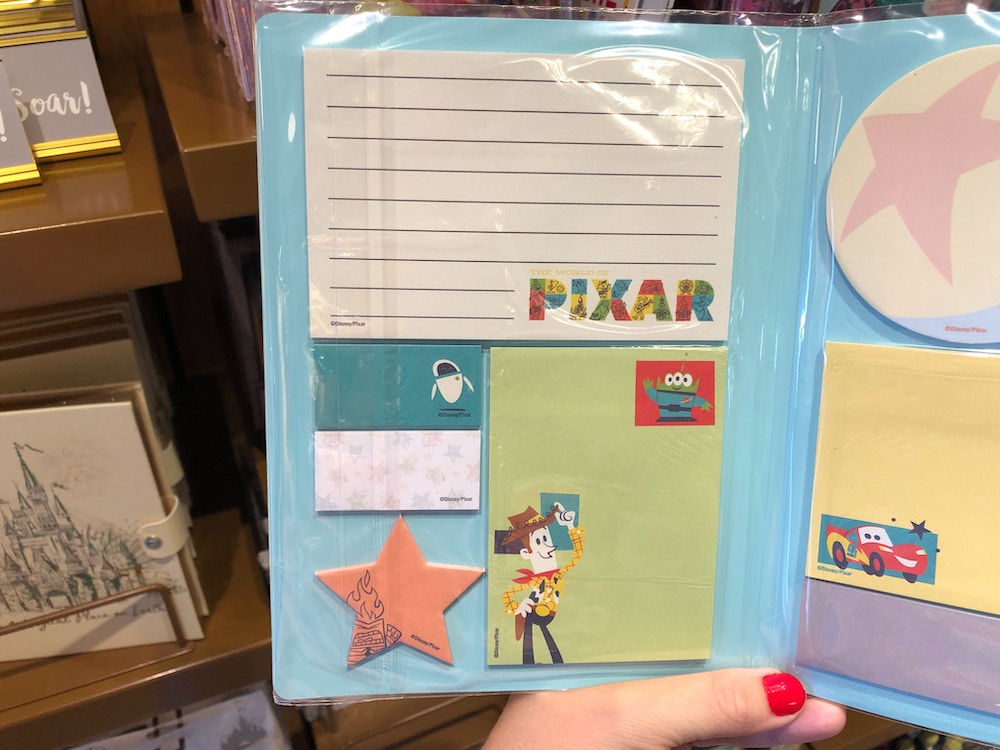 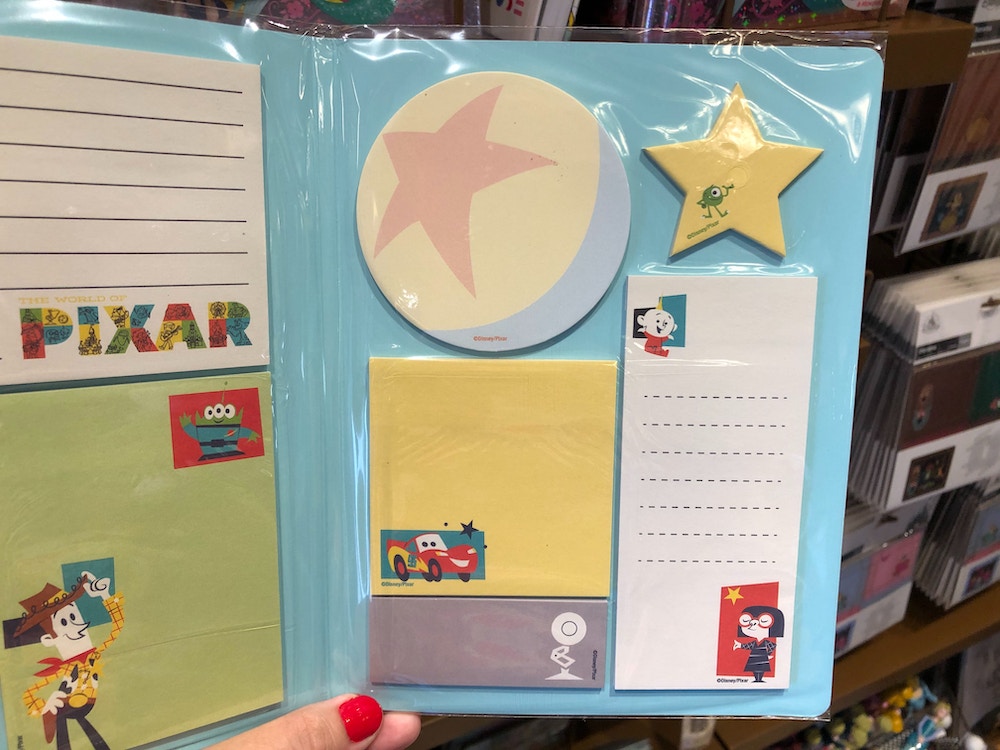 The Dark Room has more “World of PIXAR” merchandise. This set of notepads is perfect and comes with a variety of shapes, sizes, and characters. This set is $16.99. 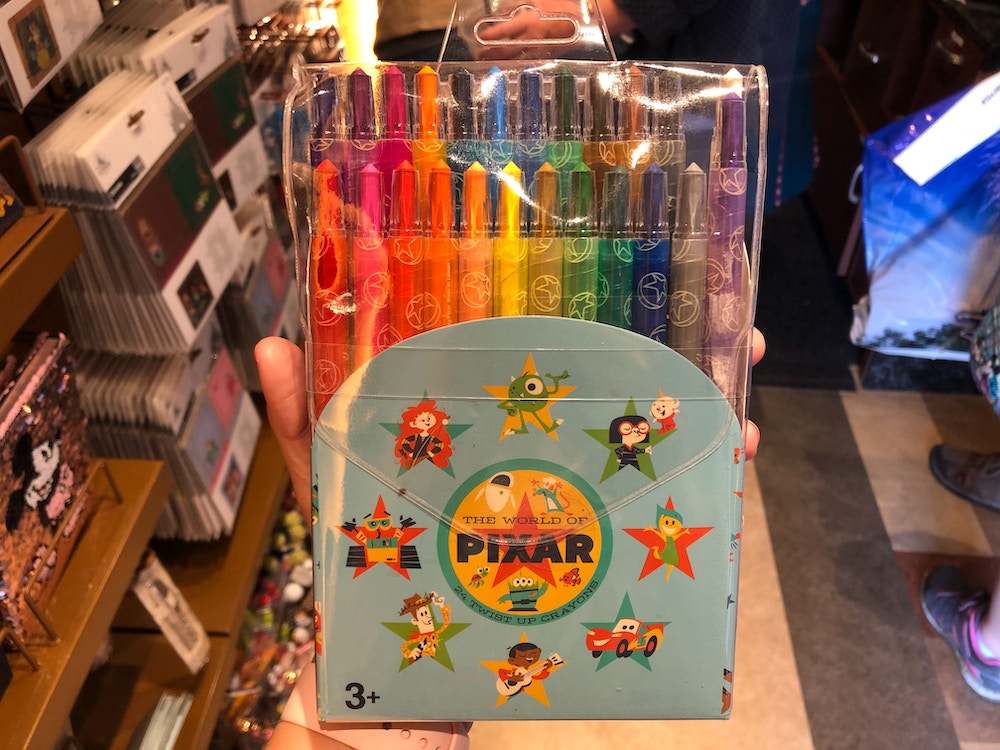 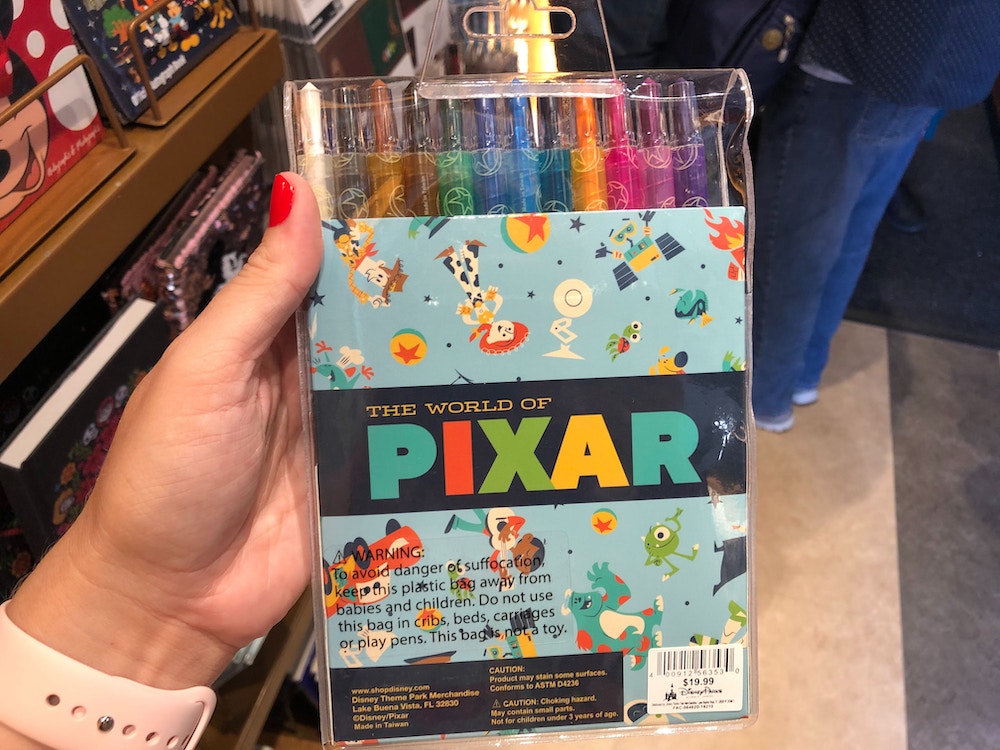 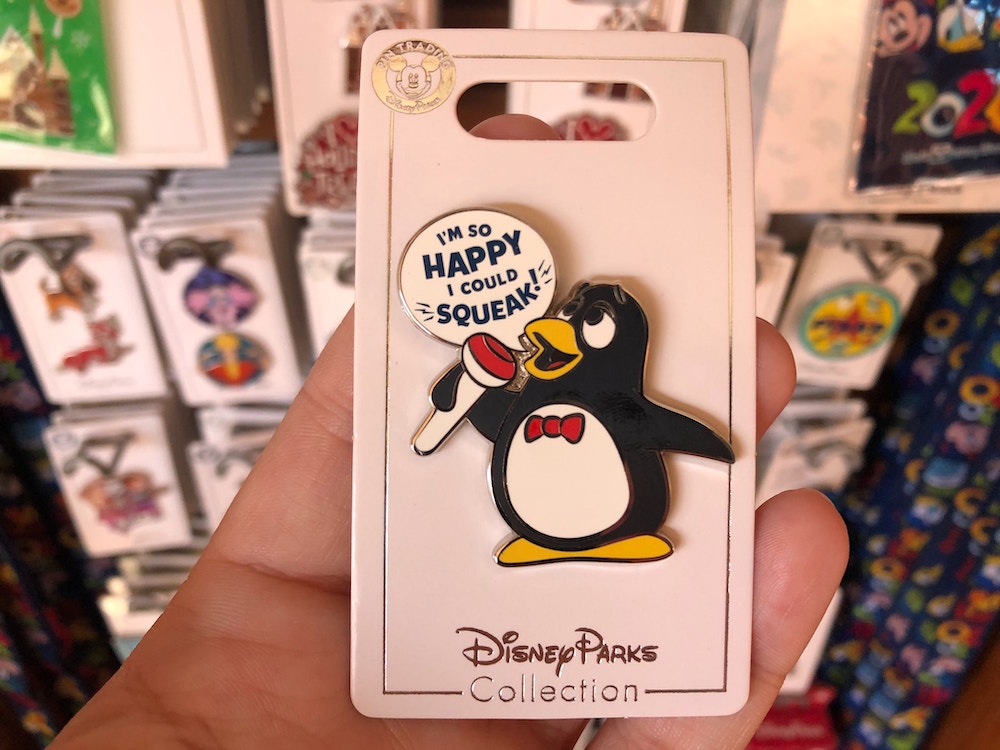 This new Wheezy pin can be found at Sunset Ranch Pins and Souvenirs for $12.99. 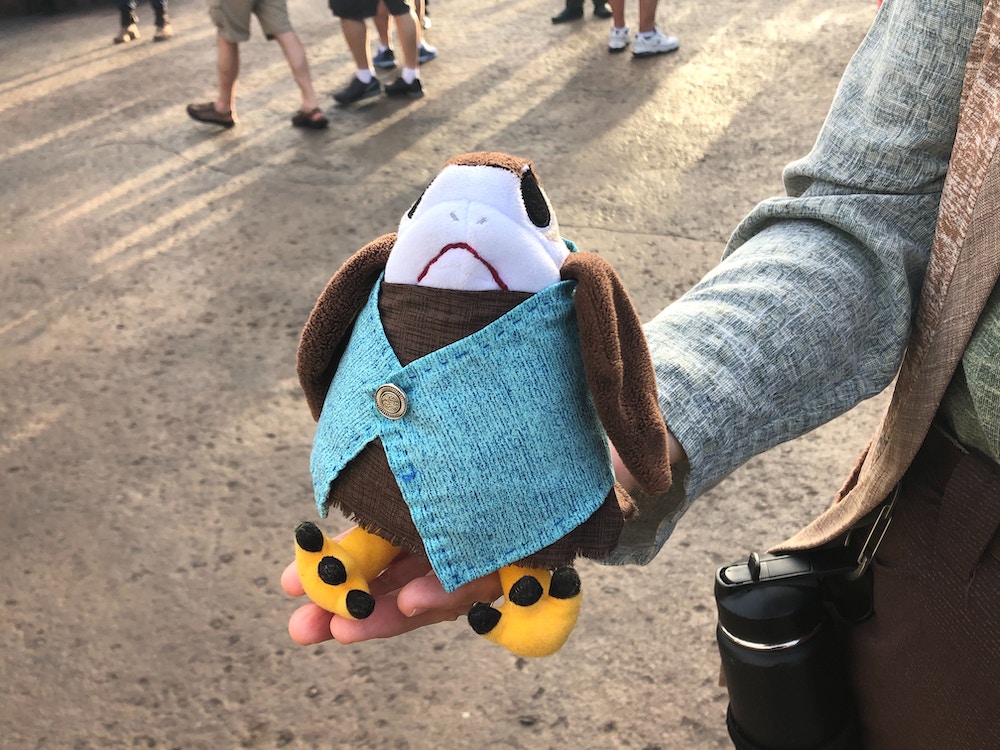 Over on Batuu, we met the most adorable little friend. Her name is Porg Chop. She’s a bit of a ham, so she might just photo bomb you. Look at her tiny little outfit! If you find this Cast Member, she’s even got maps in English and PORGuguese. 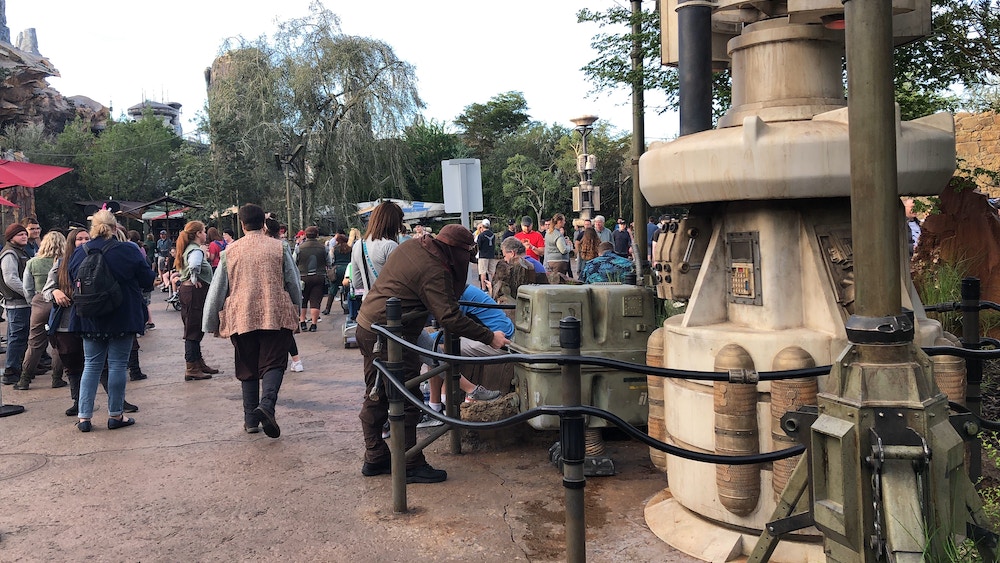 The music and sounds all cut out randomly near the entrance to Rise of the Resistance at one point. This Cast Member was at least playing into it and pretending to work on fixing things. We appreciate the theming! 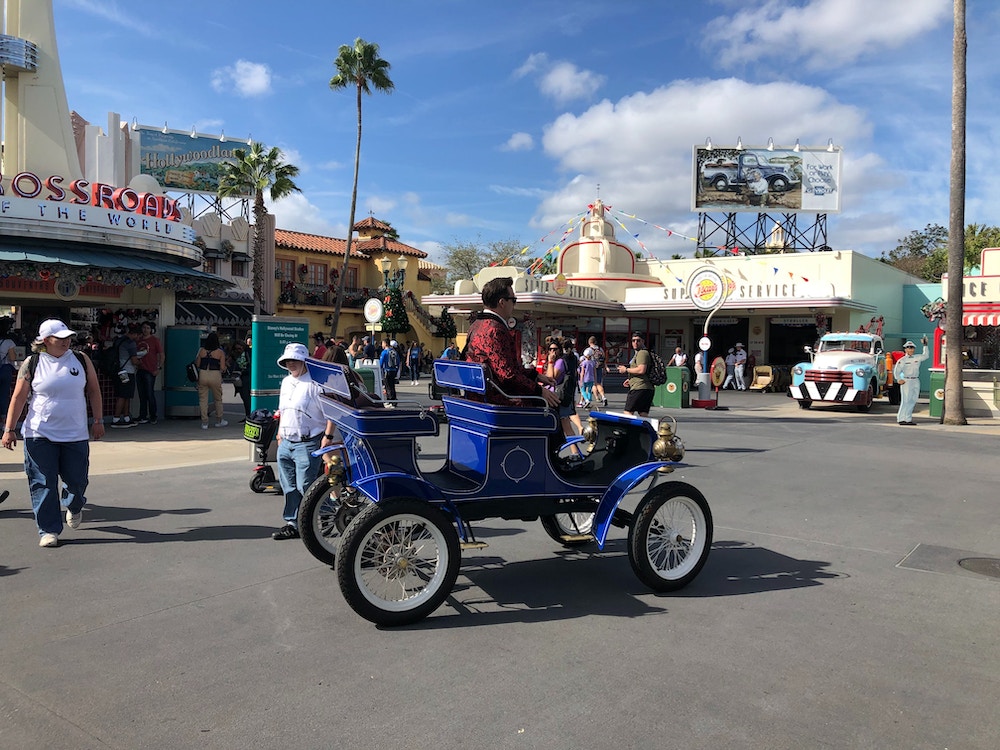 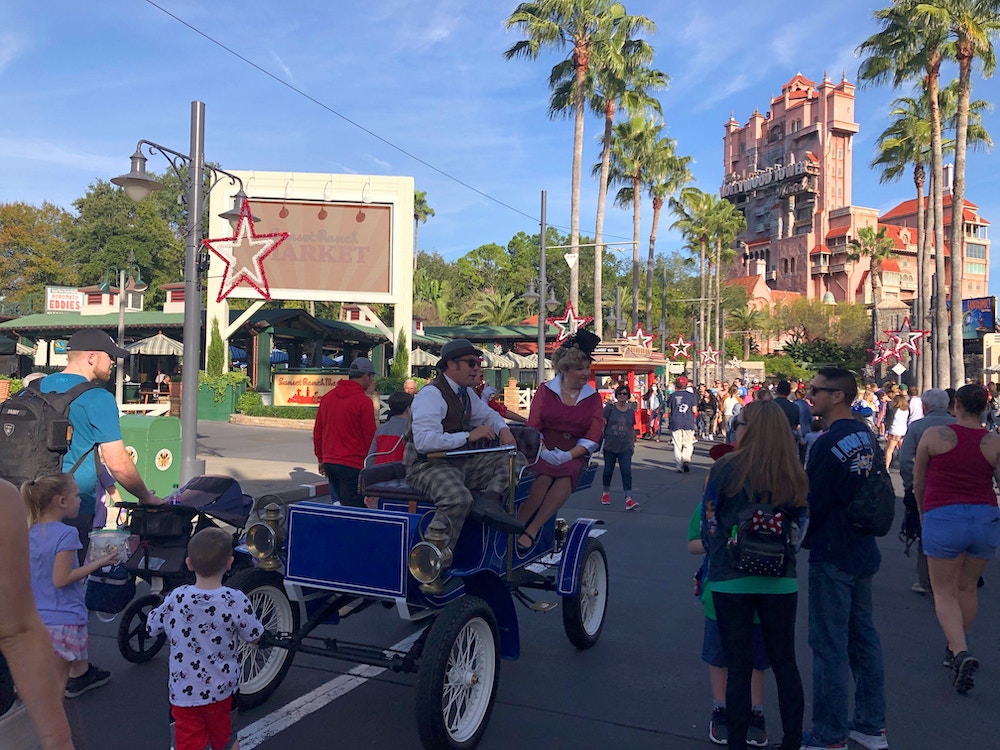 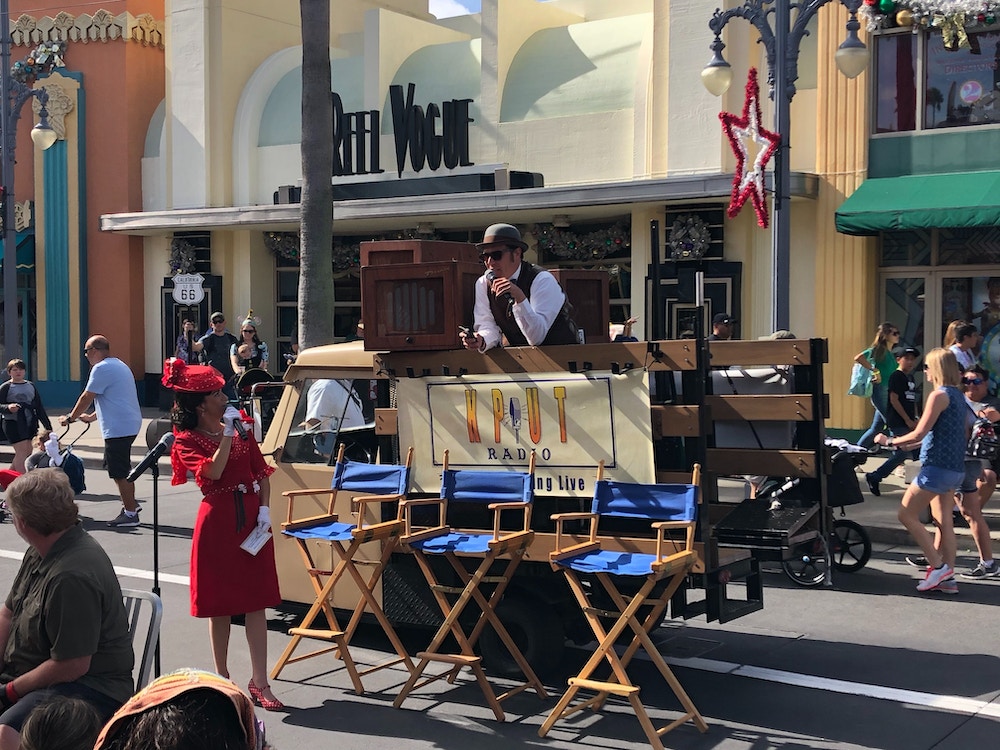 Let’s take a moment to appreciate the Citizens of Hollywood for how well they keep up the theming around Sunset Boulevard and Hollywood Boulevard. We absolutely love them all! 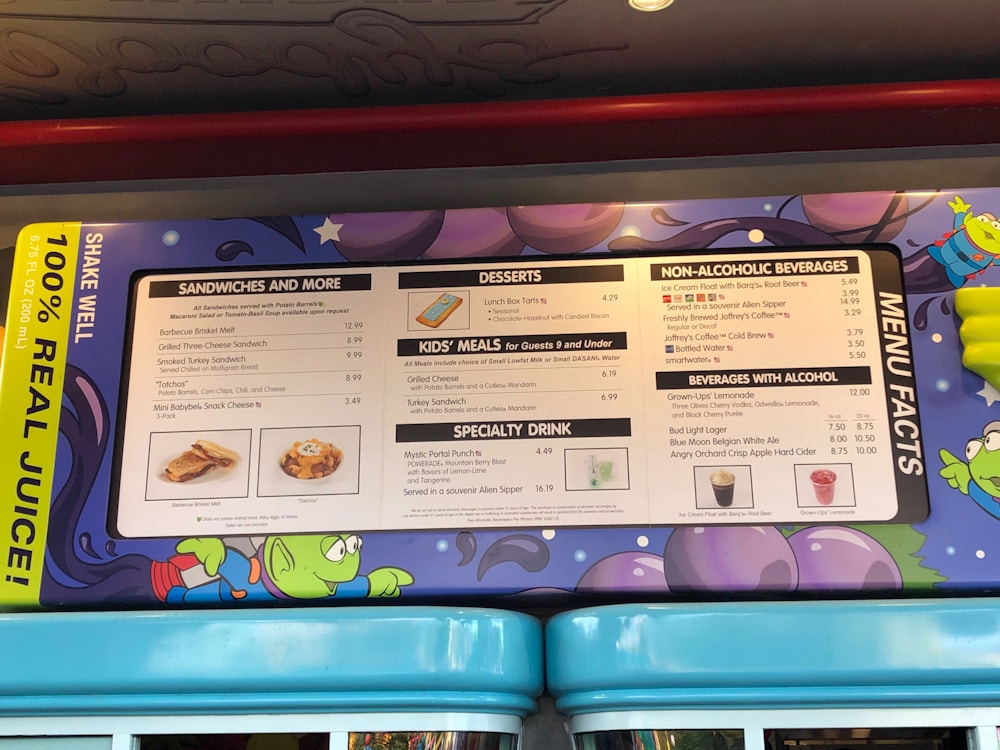 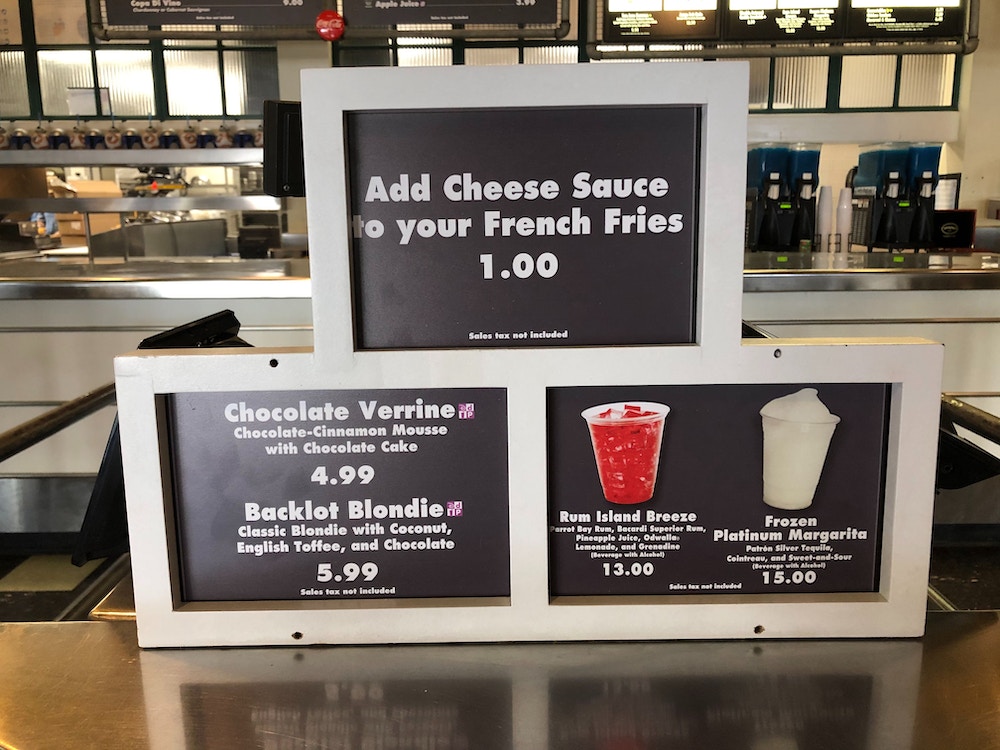 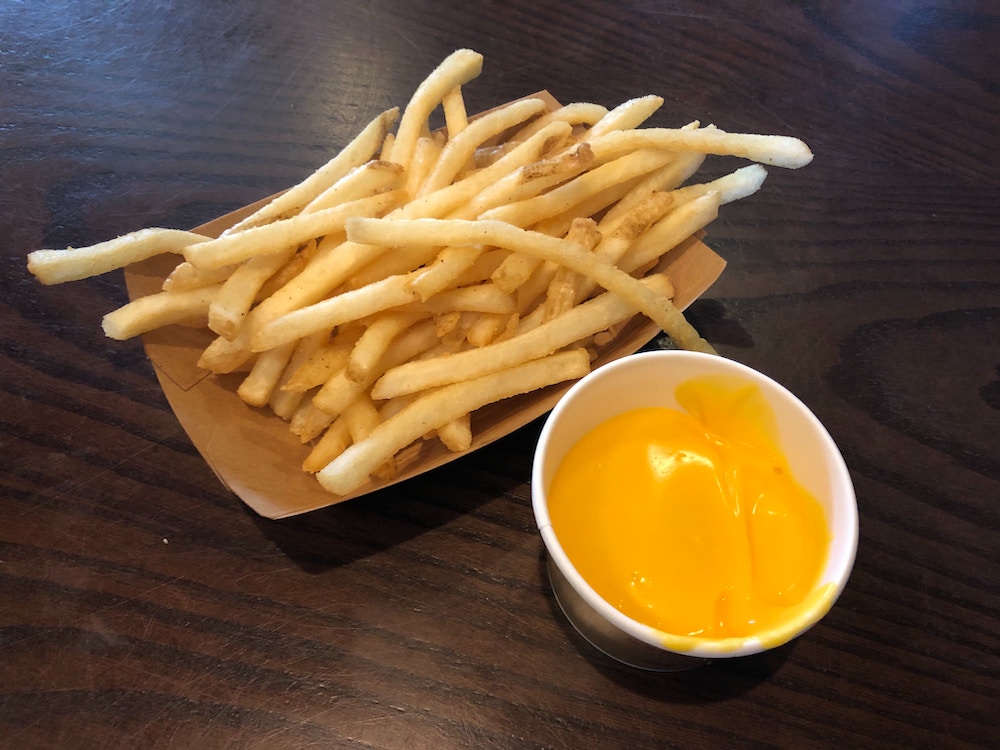 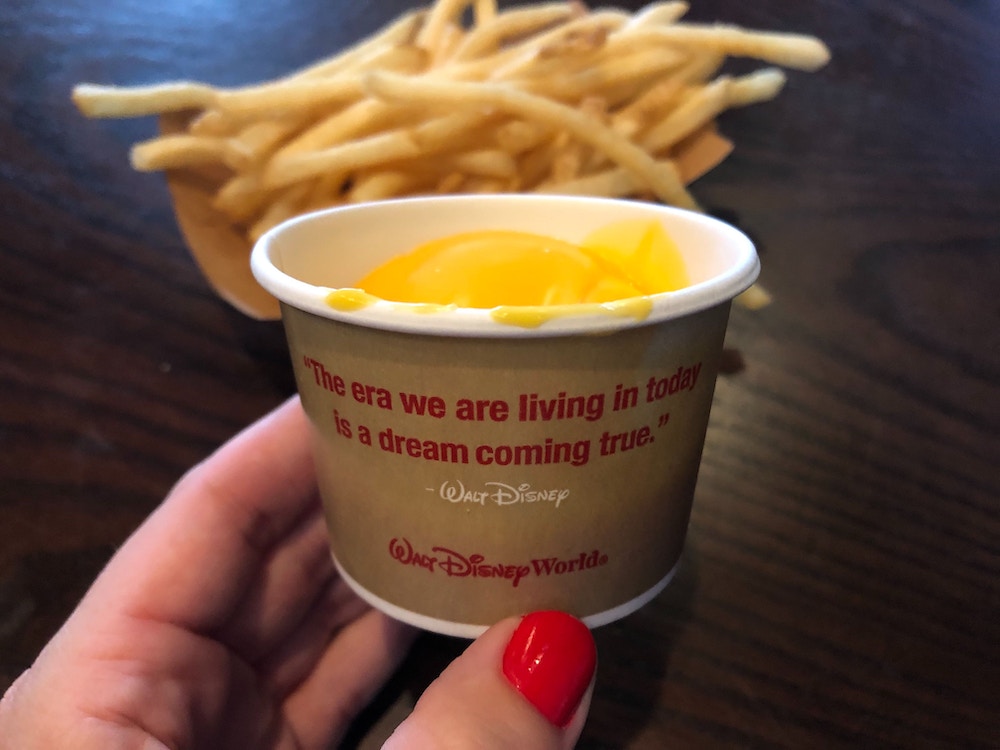 Backlot Express now has cheese sauce for $1. “The era we are living in today is a dream coming true.” Walt Disney and I feel the same way about cheese sauce. 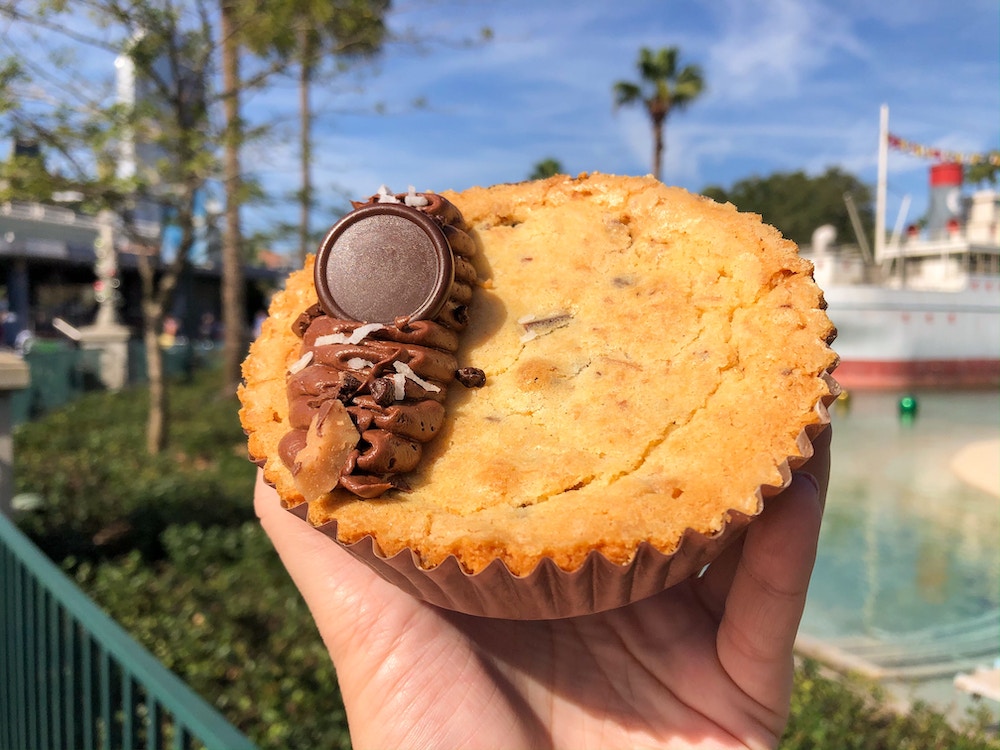 There’s also a new Backlot Blondie that we had to have. It’s delicious. 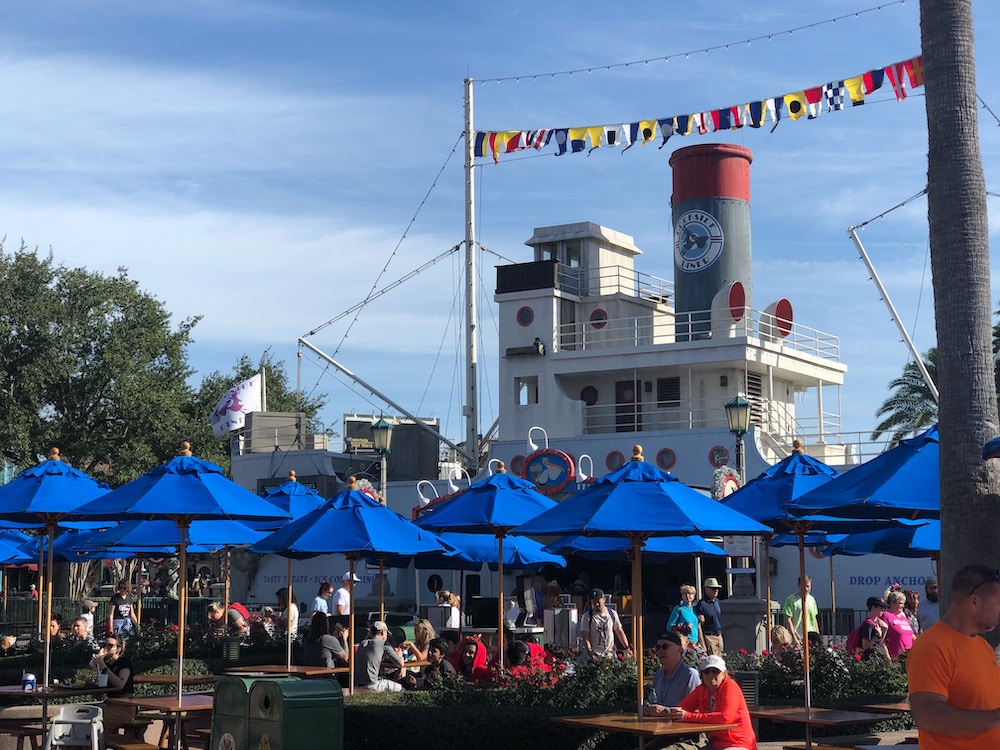 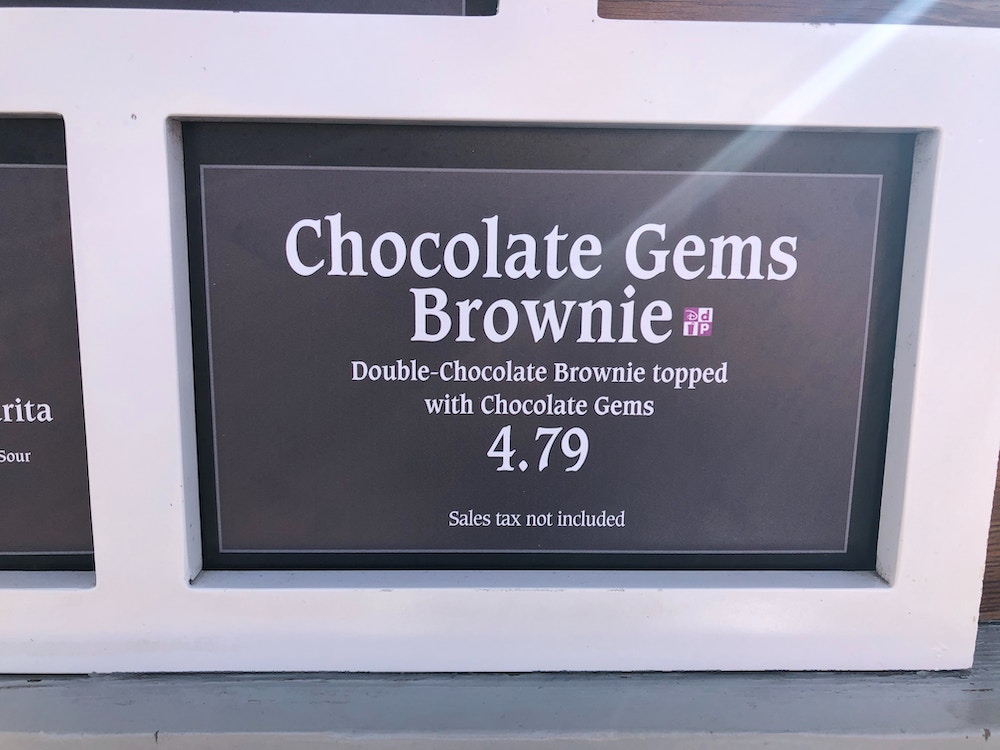 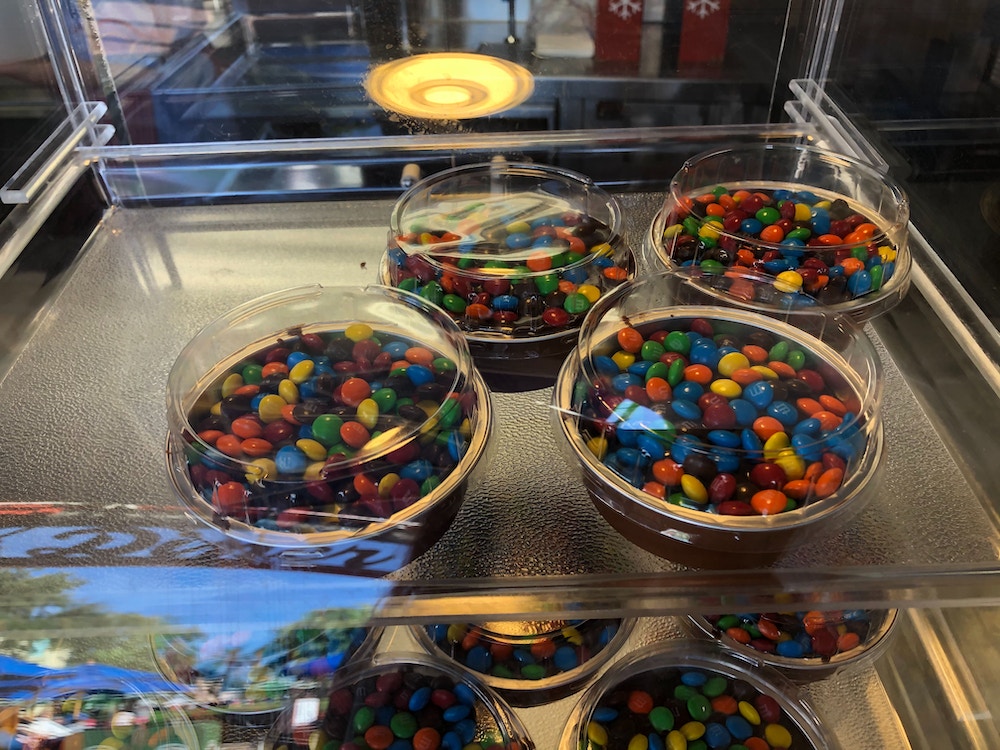 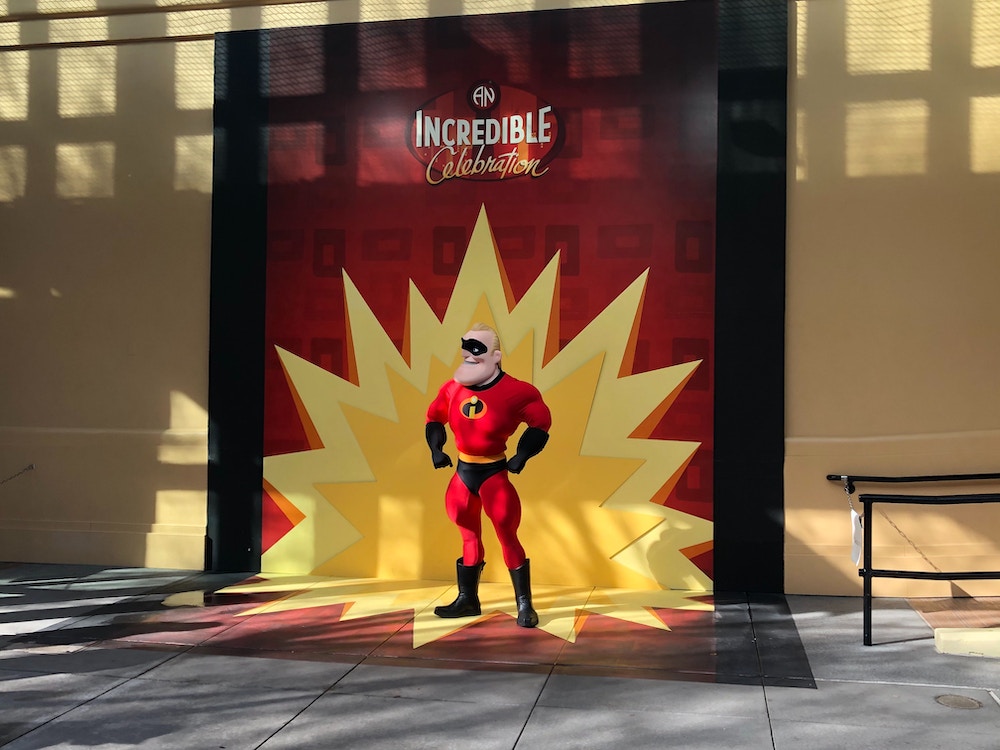 It’s been an incredible day here at Disney’s Hollywood Studios. 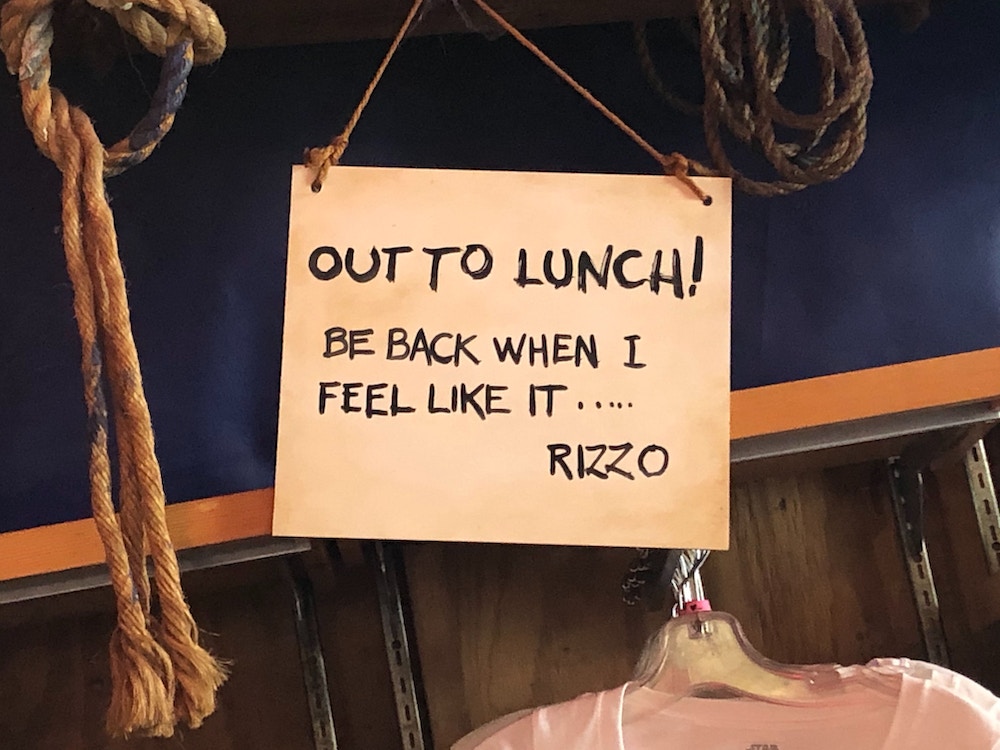 That’s all for now. It’s time to head to PizzeRizzo and grab some lunch. Thanks for following us today and be sure to stay tuned for more updates.