Ah, Tokyo Disneyland. The kingdom of dreams and magic, as they say. We’re pretty fond of Tokyo Disneyland here at WDWNT (although that’s true of most Disney theme parks), and we figured it’s time to check in once again! A few things have changed since the last time we took a spin, so let’s get going without further ado! Be sure to grab some honey popcorn and apple tea soda, you might need refreshment! 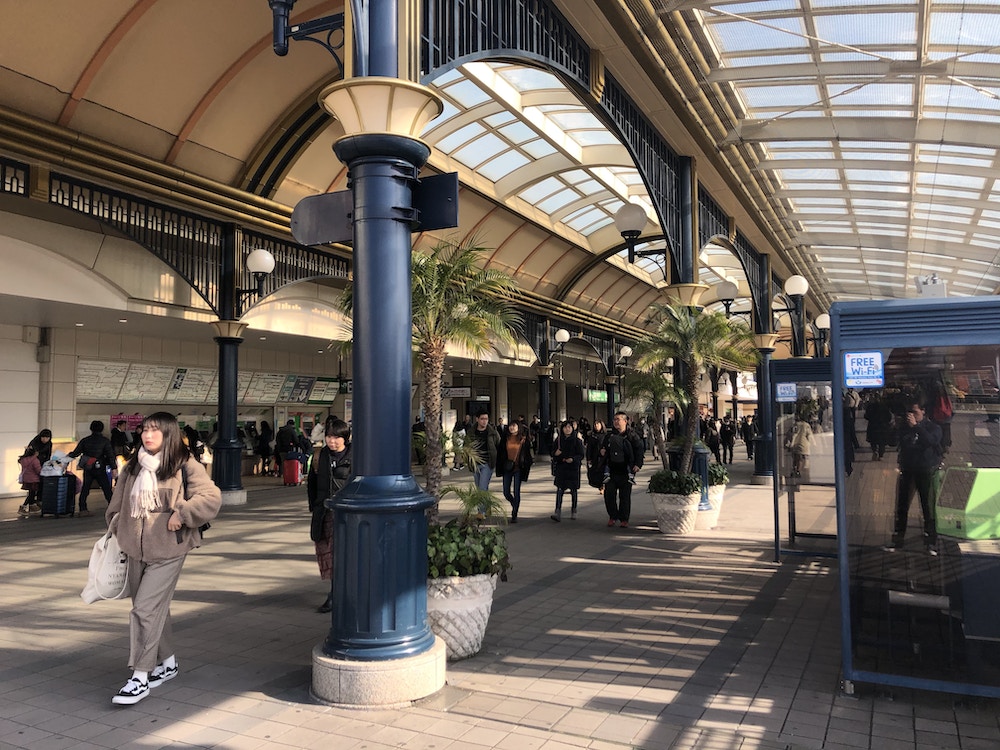 Welcome to the south exit of JR Maihama Station. A solid majority of Guests and almost all Cast Members use this station and exit to get to Tokyo Disney Resort. In the direction of the background, you’ll find Tokyo DisneySea and Ikspiari. Over to our back, you’re facing Tokyo Disneyland. 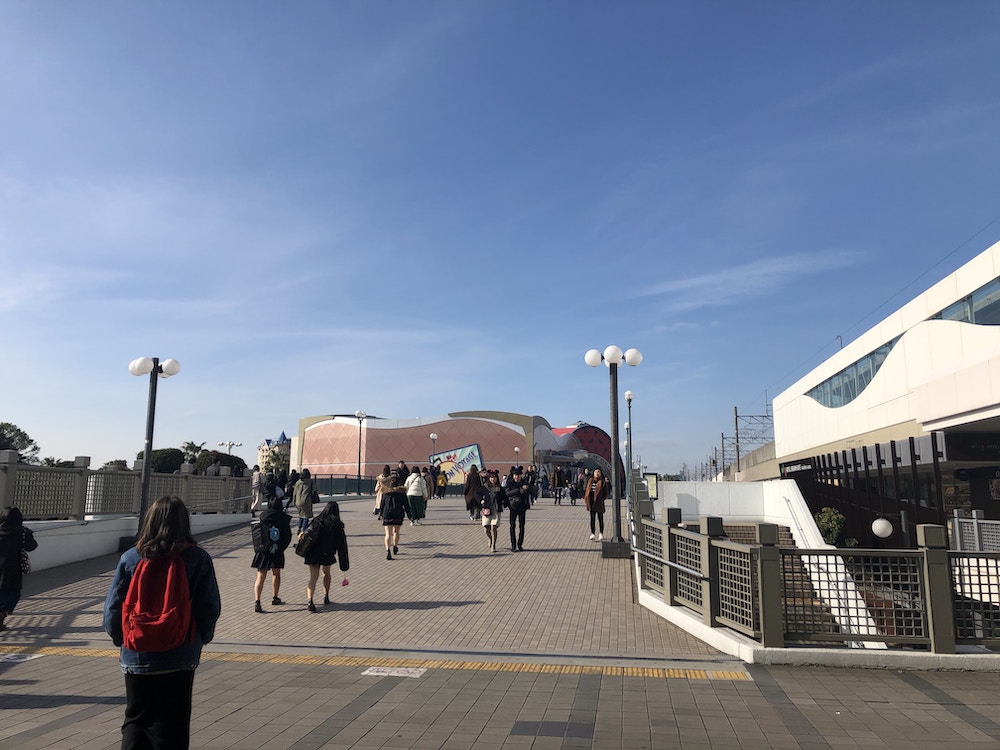 You can tell from the distinct lack of people that it’s a pretty quiet day around the parks. This was at around 10:30am, it was a beautiful (if a bit chilly) day, but it was still dead. 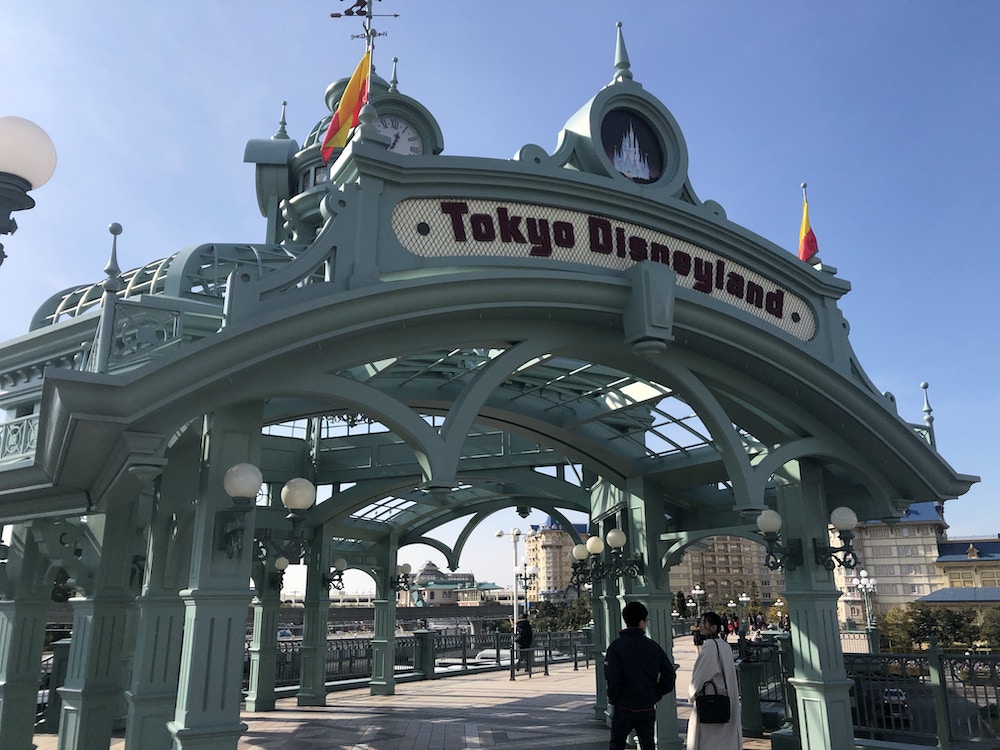 Along the walkway to Tokyo Disneyland is this gate. It establishes the architectural style around the main entrance area and World Bazaar. 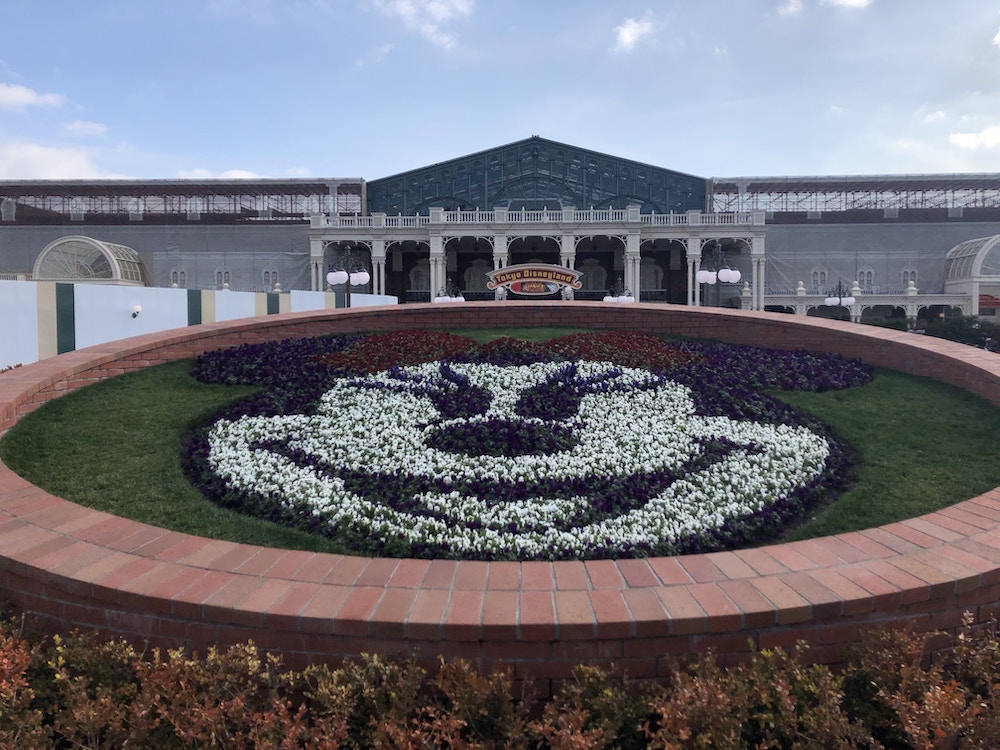 In celebration of Very Very Minnie here at Tokyo Disneyland, the front entrance planter has been transformed to Minnie Mouse. There’s even her trademark bow! 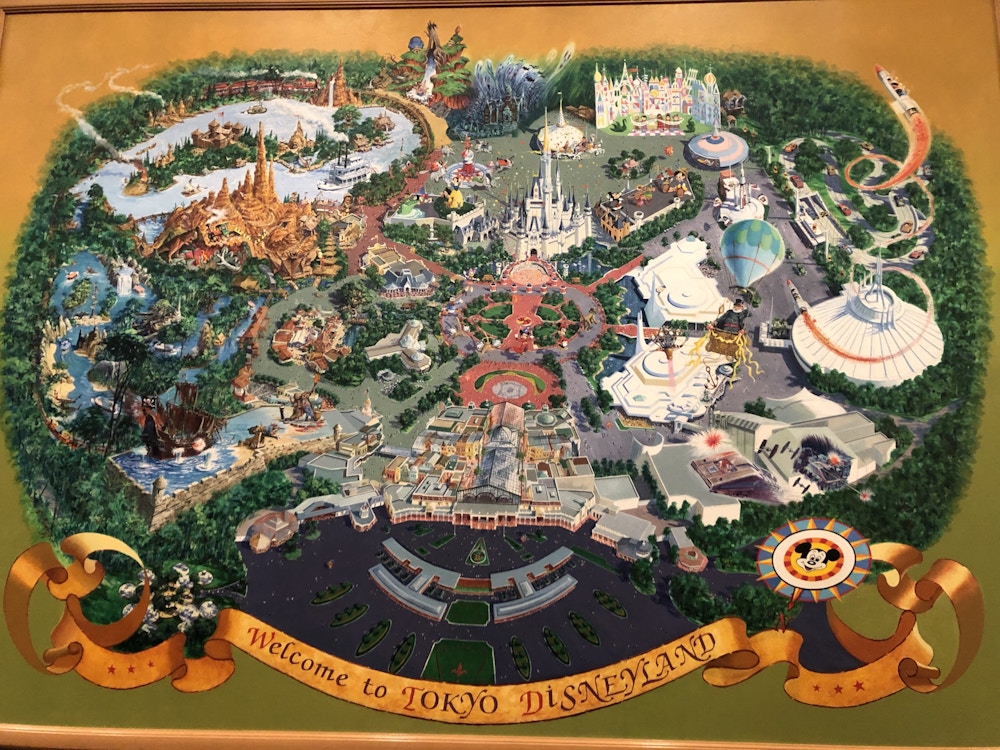 If you visit Guest Relations at Tokyo Disneyland, there’s quite a few little treasures on display. This map, for example, was created in the early 90s. Several things here are no longer around, including Meet the World, Visionarium (known to us as The Timekeeper), Grand Circuit Raceway, Skyway, Star Jets, and the former home of Alice’s Tea Cups. Yes, things used to be very different at Tokyo Disneyland! 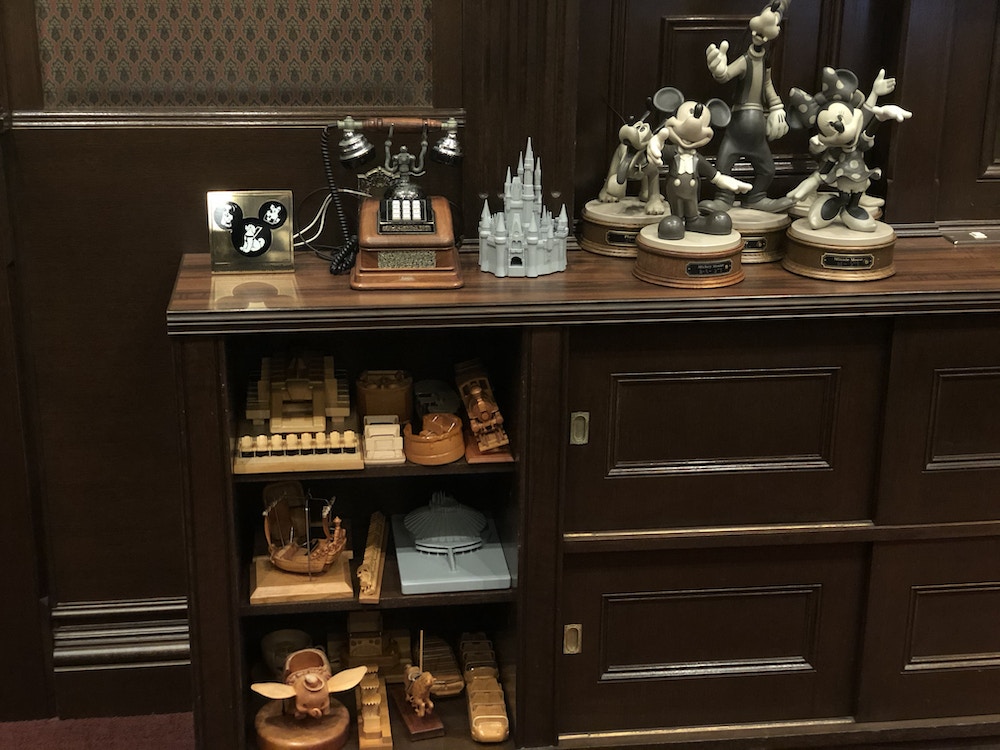 Like at Tokyo DisneySea, little wooden models of ride vehicles are available for vision-impaired Guests. I really wish these were for sale! 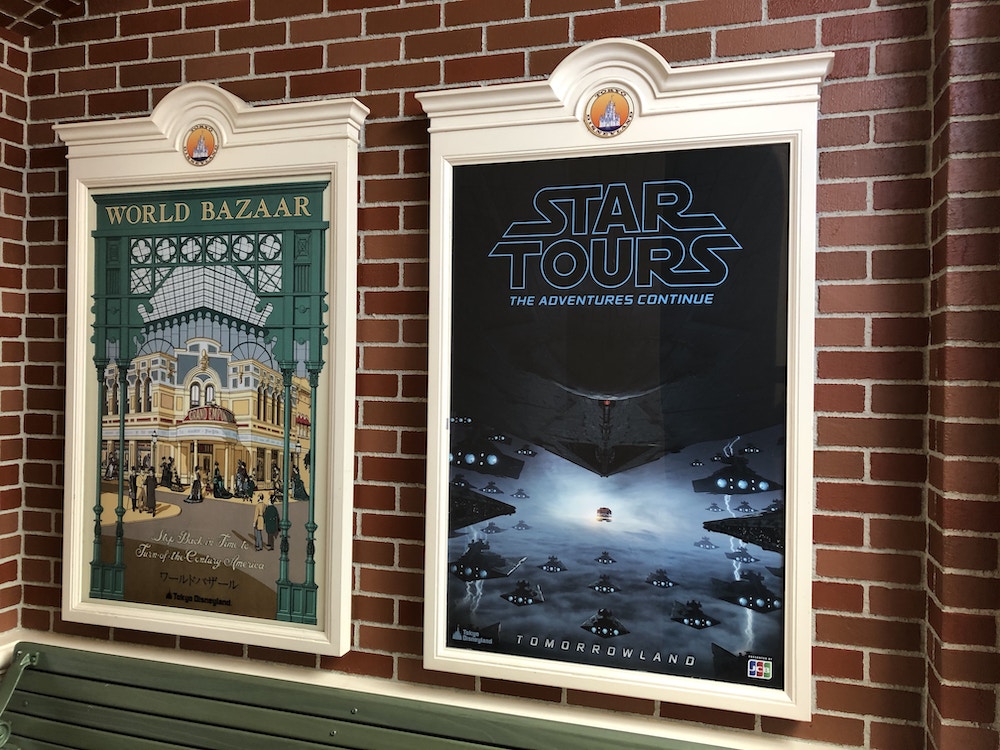 It’s rather strange seeing the new Star Tours poster featuring Star Wars: The Rise of Skywalker. I don’t recall special posters issued for the other additions to Star Tours, but I may be forgetting. 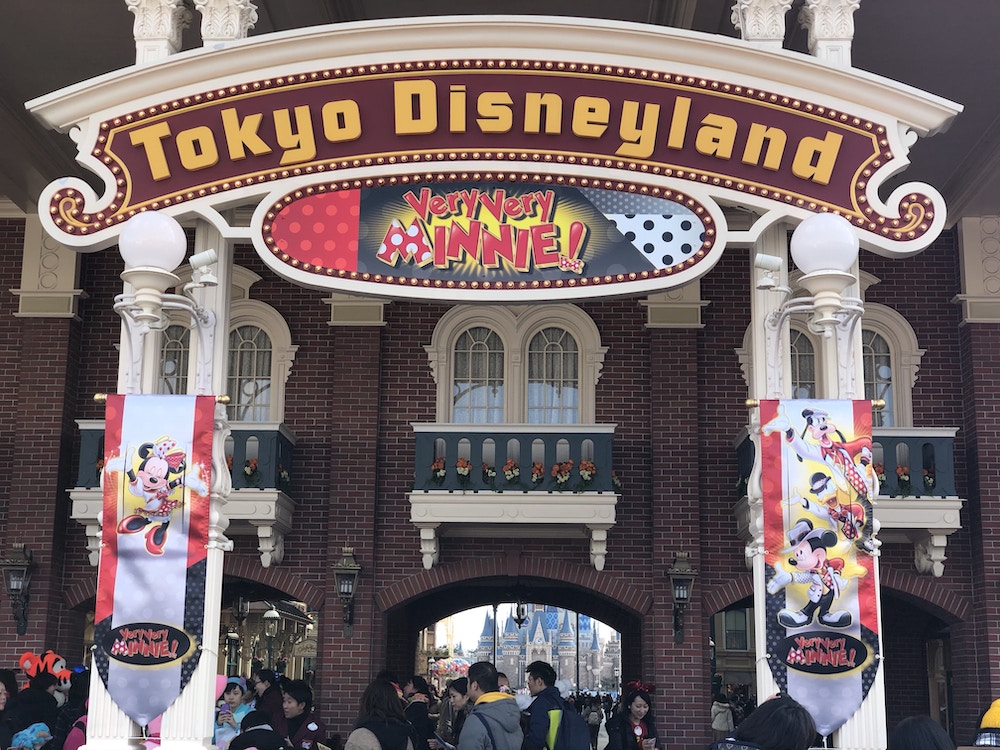 Very Very Minnie is on, of course! Decor featuring polka dots and other Minnie motifs are all around Tokyo Disneyland. 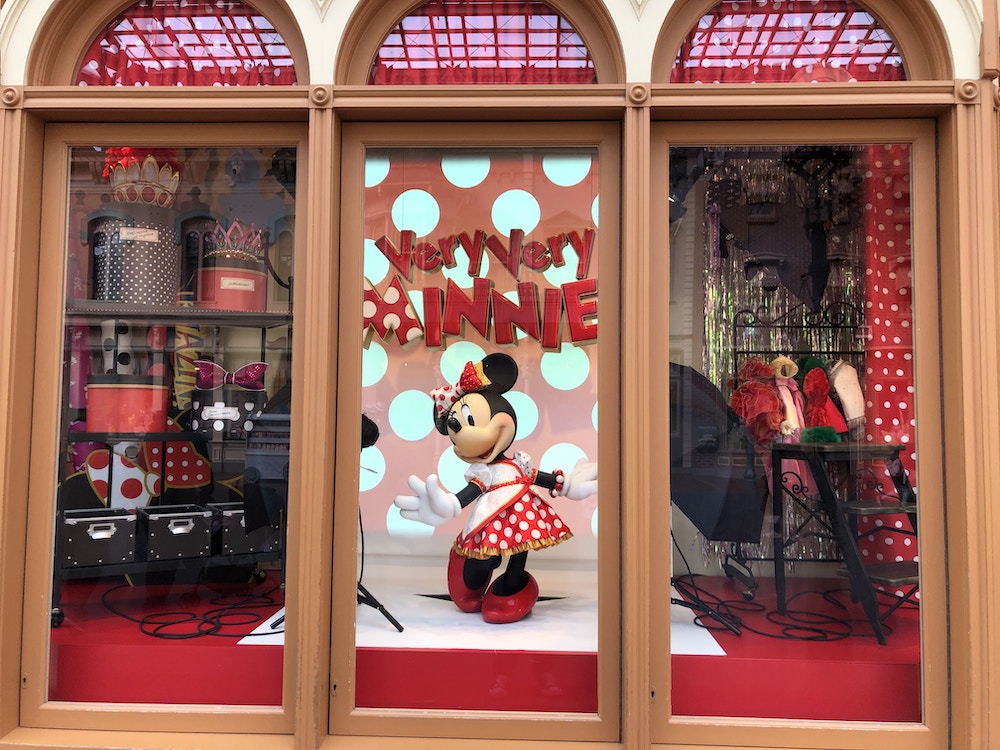 On World Bazaar, this special display/photo op spot has taken over one of the Grand Emporium’s display windows. The background actually changes every few seconds, so every shot could be different. 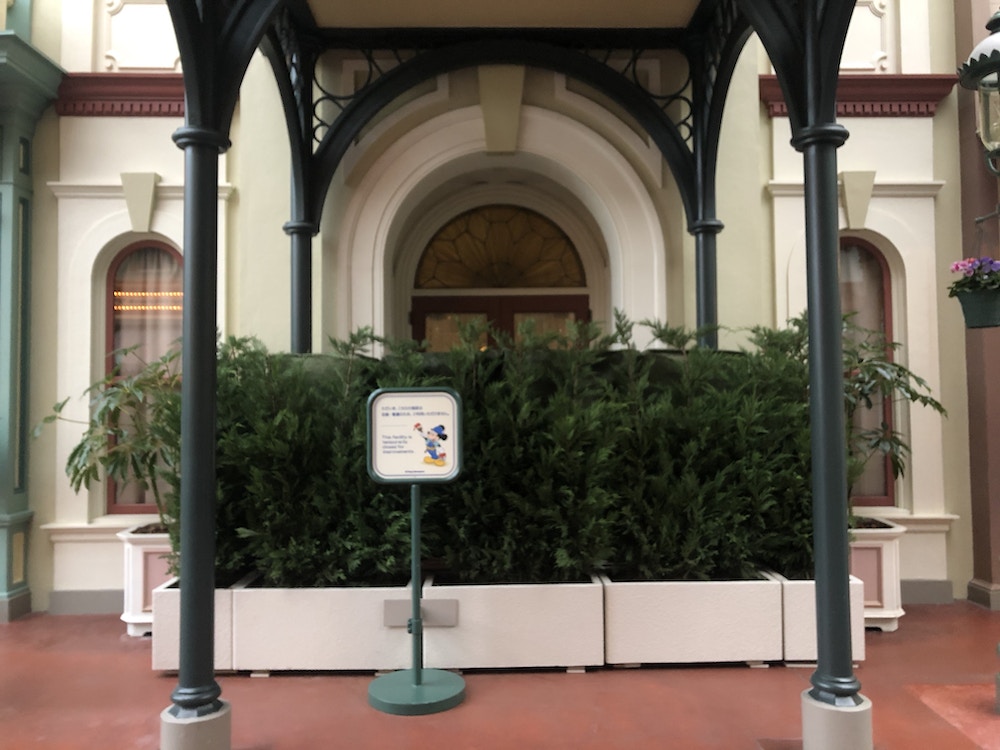 Not many people know, but Tokyo Disneyland has a Club 33 as well! It’s pretty easy to pass, as if it’s another prop door. Memberships here aren’t mutual within Disneyland or Walt Disney World. Unfortunately, it’s currently under refurbishment. 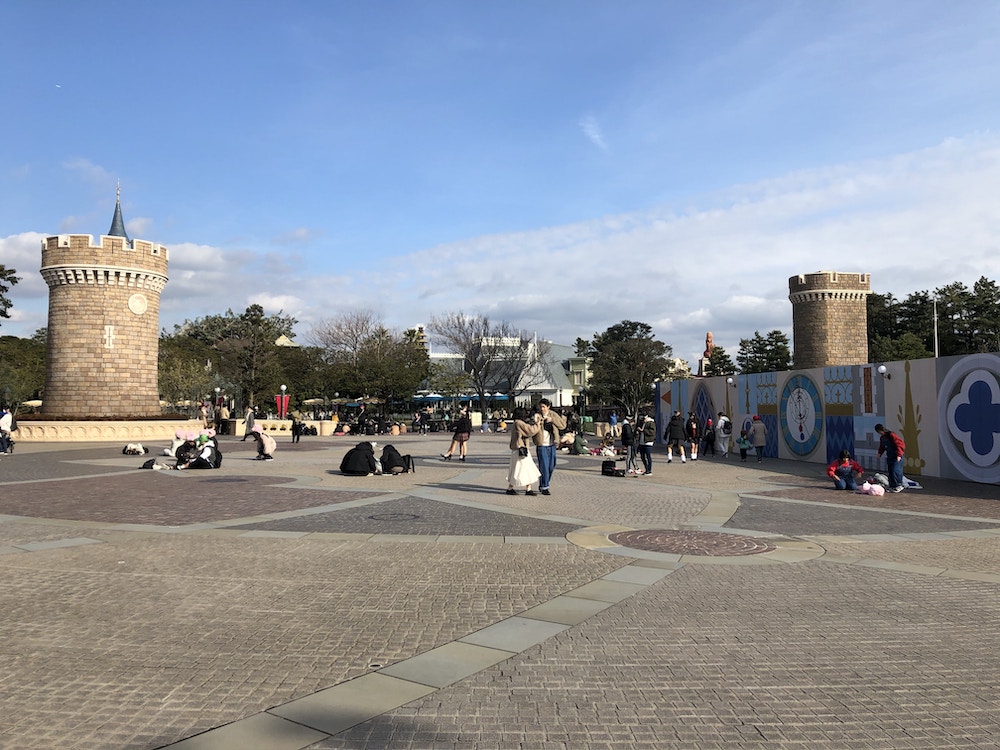 Once we get closer to the castle, you can really get a sense of how empty the park is today. There’s so few people hanging out and taking pictures in front of Cinderella Castle. Again, not unusual for January. 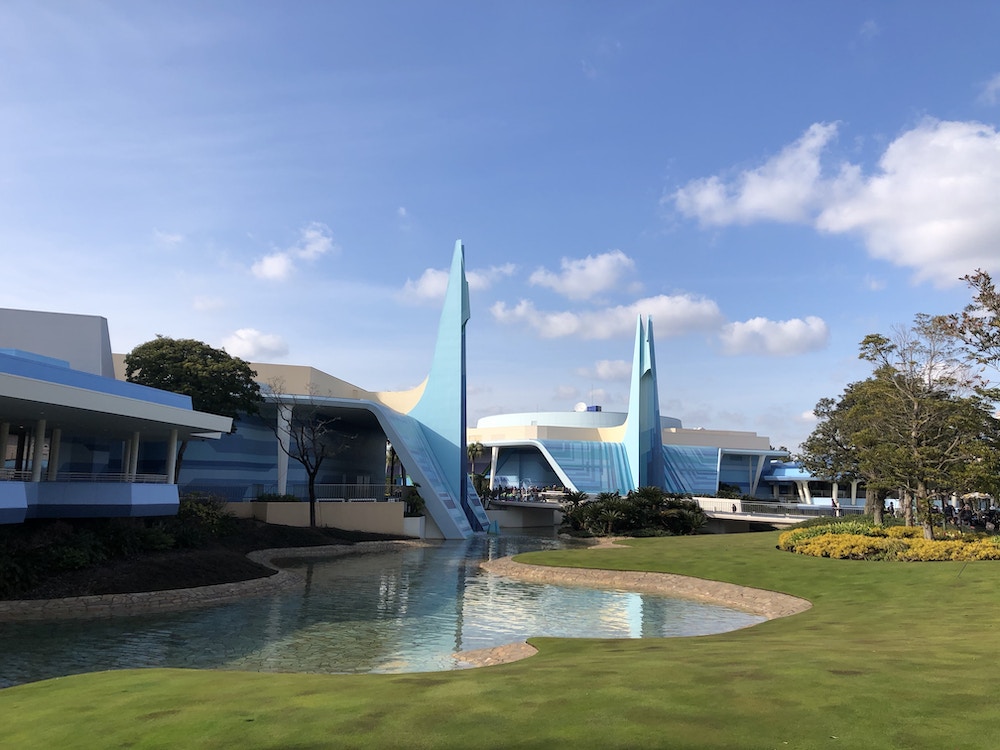 The spires of Tomorrowland really stand out today in the blue sky! 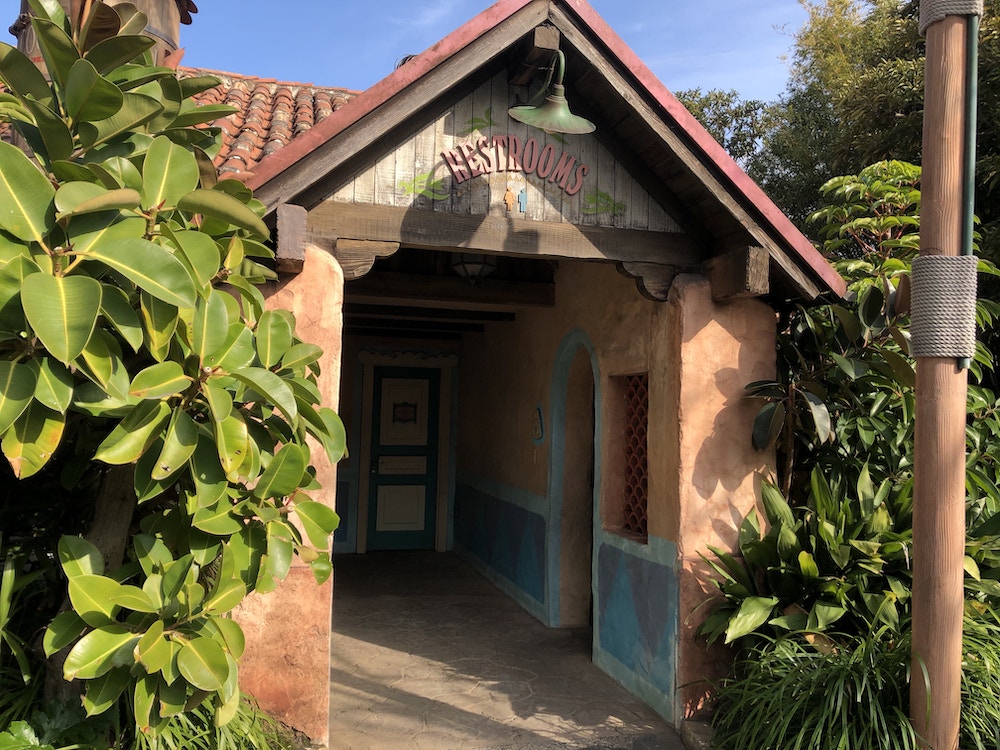 Back in December, these restrooms across from China Voyager were closed for refurbishment. Fortunately, they’ve returned this week. 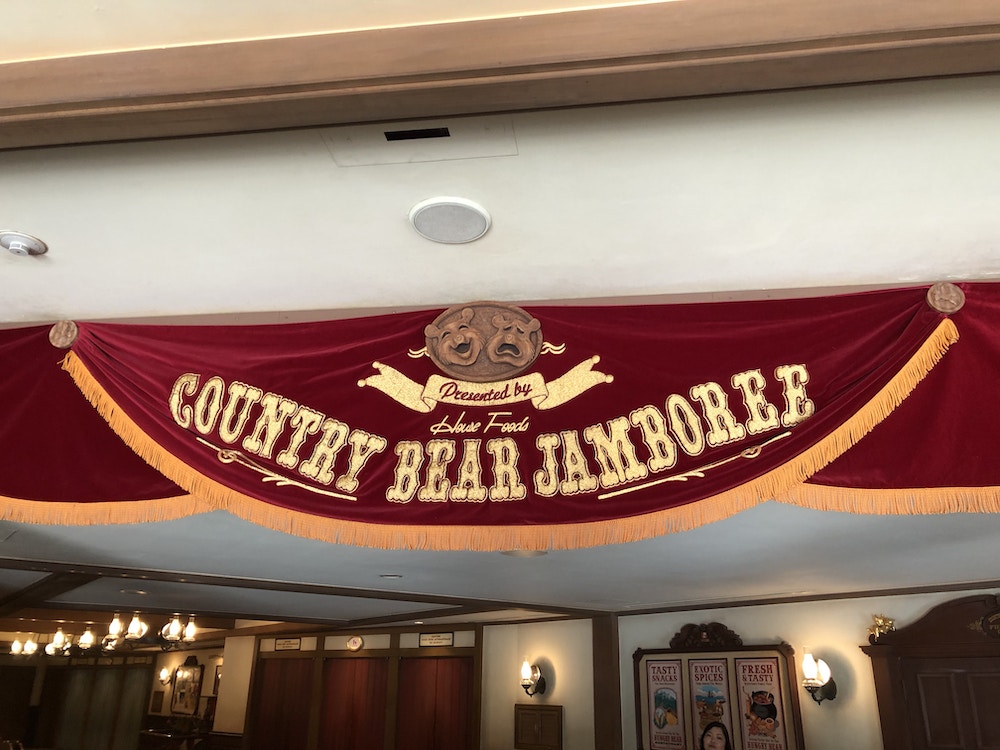 Since the holidays are over, our beloved Country Bears are back on their original show. From “Bear Band Serenade” to “Blood on the Saddle”, you can experience the full show through early June! And yes, we still perform the full show rather than the cut-down version at the Magic Kingdom. 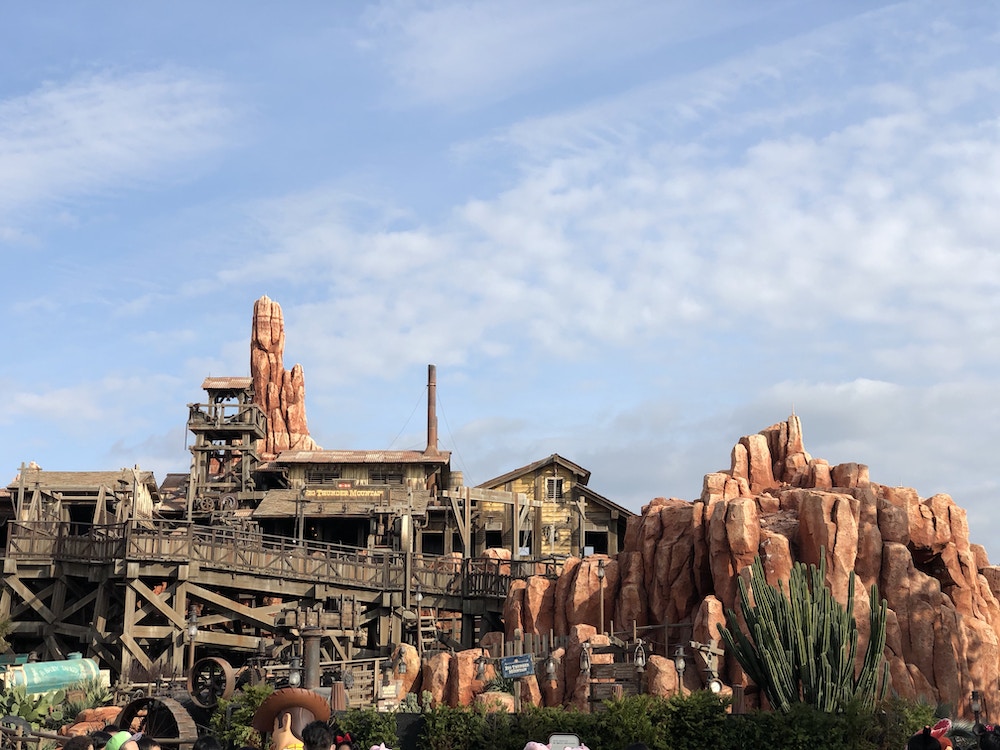 Big Thunder Mountain is on a bit of a break right now. The popular attraction is currently under refurbishment through February 11th. Fortunately, crowd patterns haven’t changed too much. The area in front is currently in use as a character greeting spot. 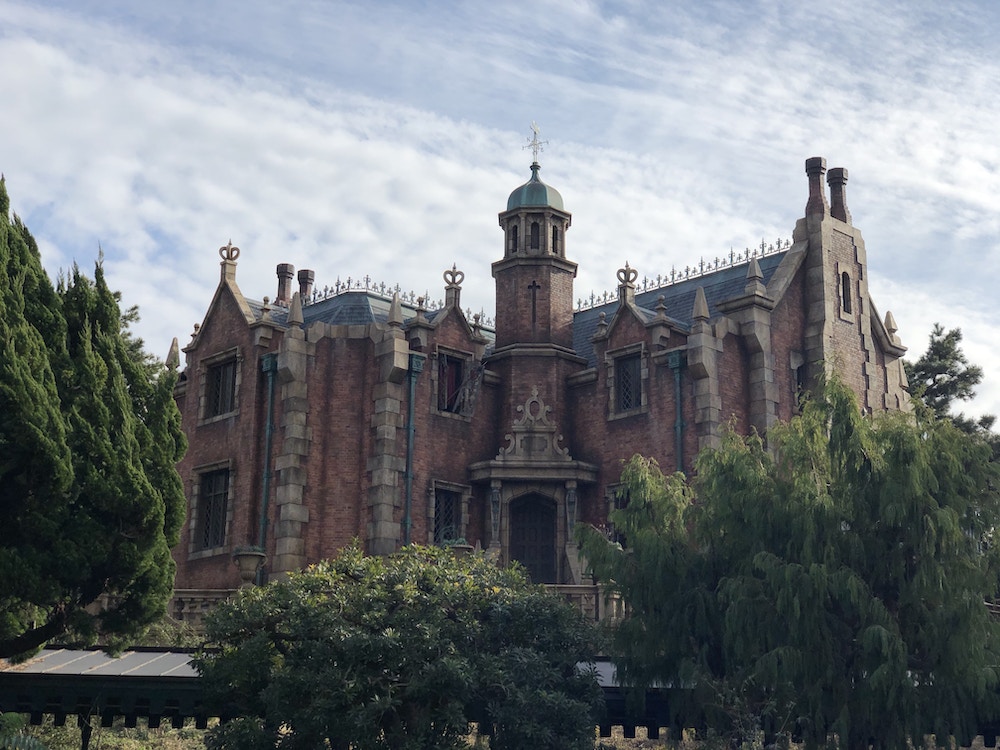 Well we could always visit the Haunted Mansion! I’m sure the 999 happy haunts could use some company. 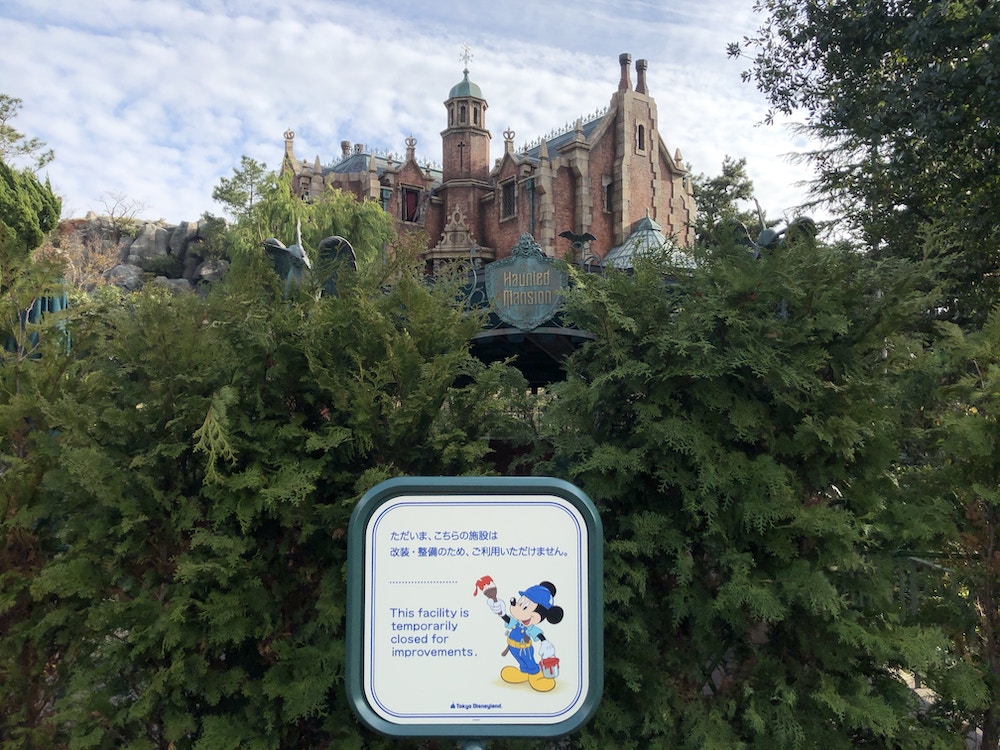 Oh right, our Mansion is currently undergoing refurbishment to take down the Holiday Nightmare overlay as well as its annual refurbishment. 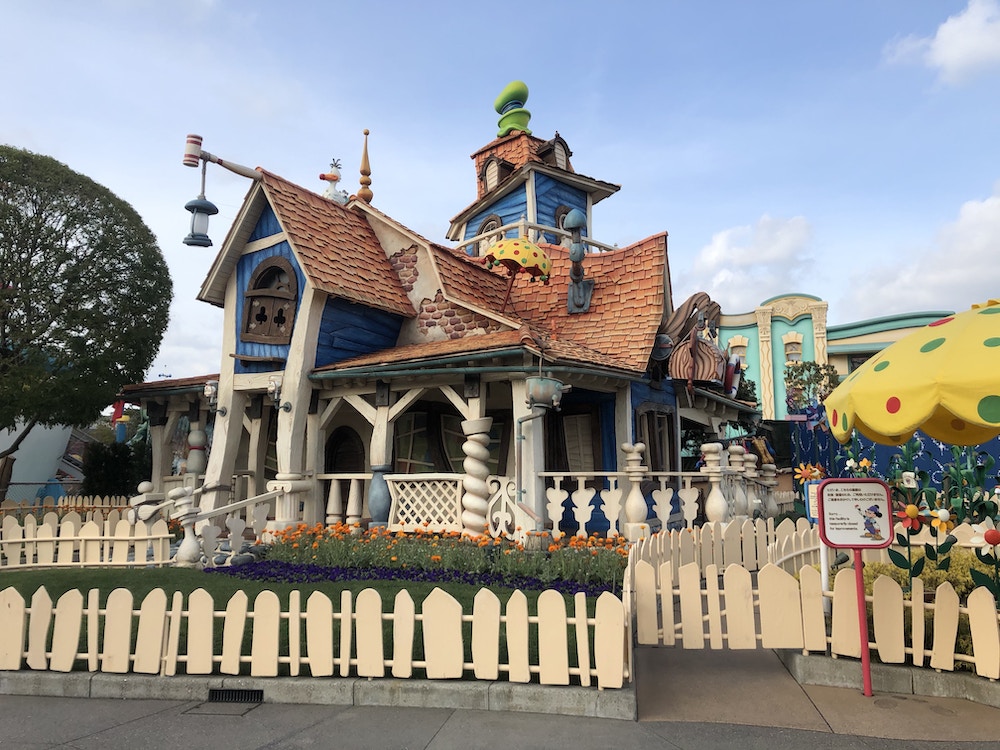 Out in Toontown, there’s quite a bit happening. Goofy’s Paint ‘n’ Play House is currently under refurbishment for a few days. This isn’t a huge deal, just the annual touch-ups and such. 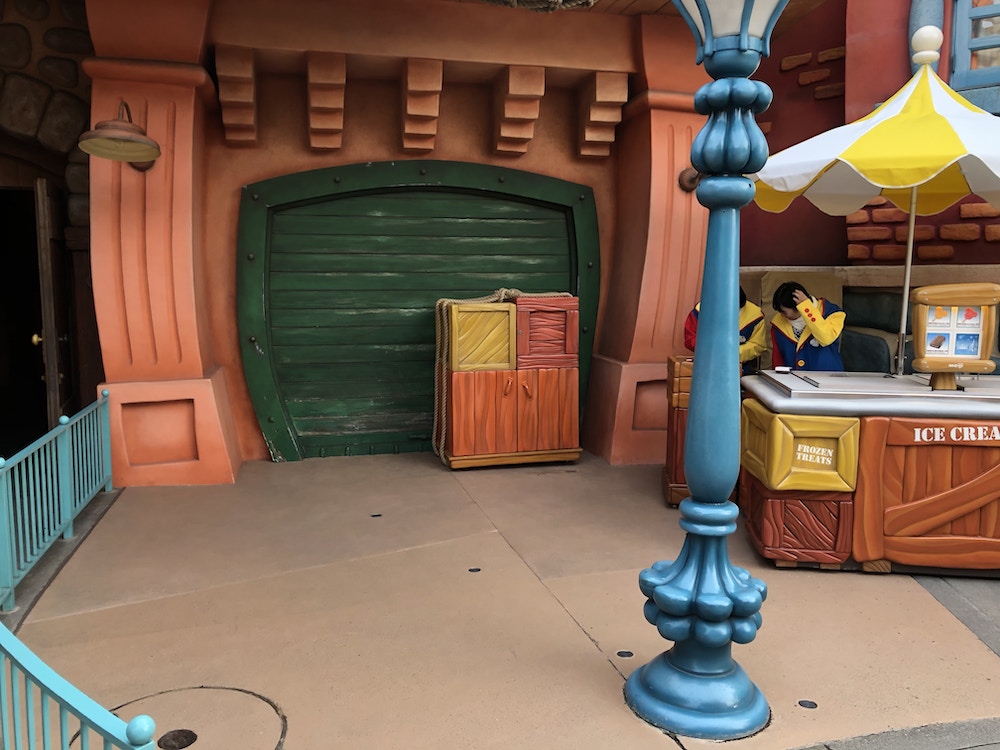 Remember when those silly boxes in Toontown were walled off due to abuse by Guests? That was in December 2018, and the planters were up for about a year. Now, the area has reopened with those boxes removed. An ice cream cart themed to Toontown lives there now. 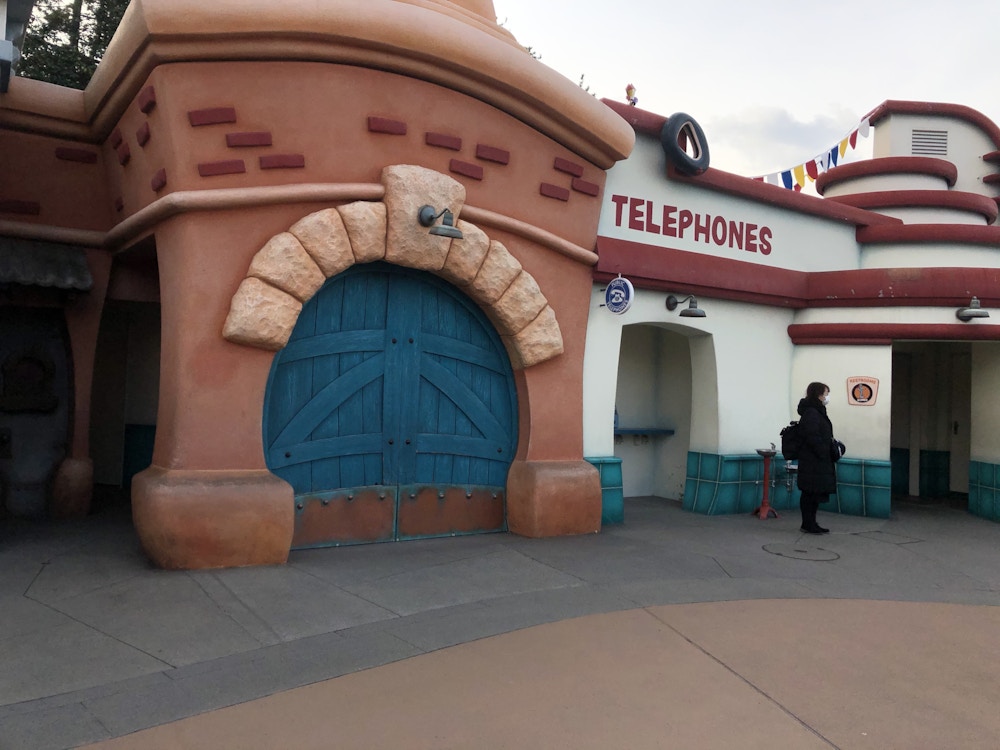 Along with the Adventureland restrooms, the Toontown restrooms are also open for business once again. 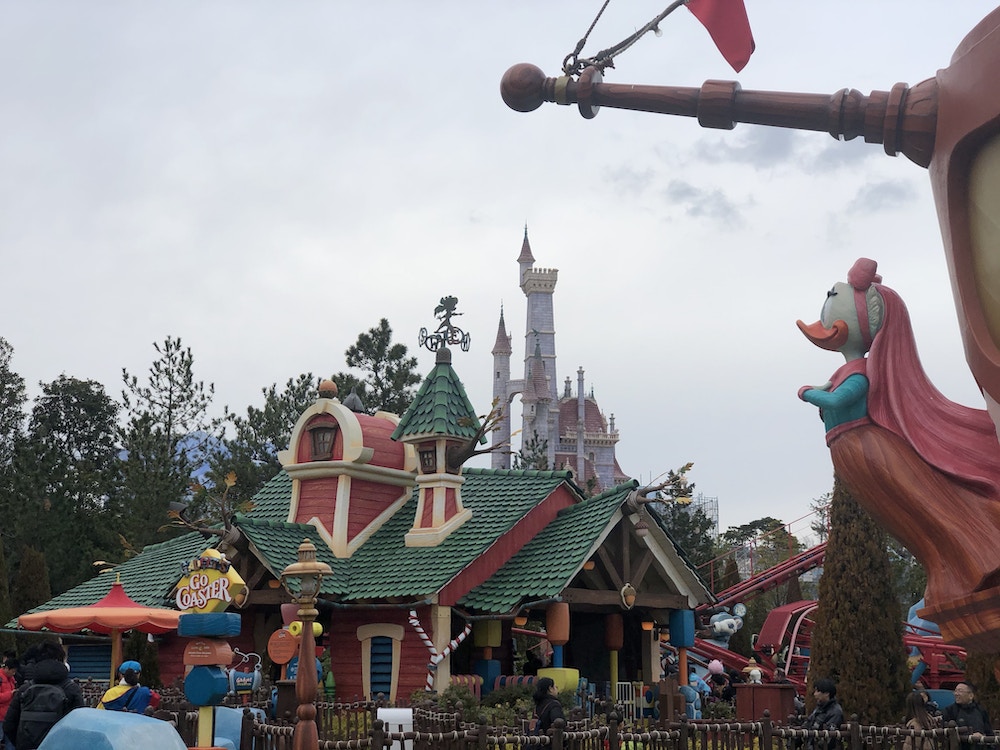 And of course, off in the distance, you can spot Beast’s Castle from the upcoming New Fantasyland expansion. You can read our latest construction update from this week here. 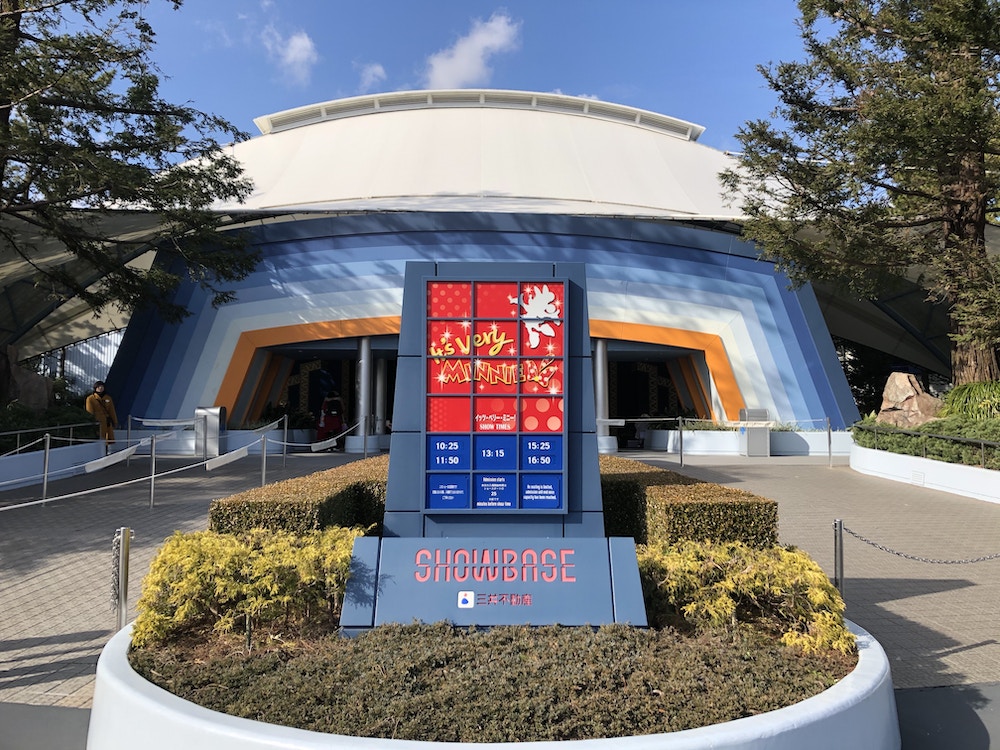 Over at Showbase, One Man’s Dream II: The Magic Lives On took its final bow back in December. Now, It’s Very Minnie! is in its place. And frankly, the show is a massive improvement. A review and highlight reel is on its way, so stay tuned! 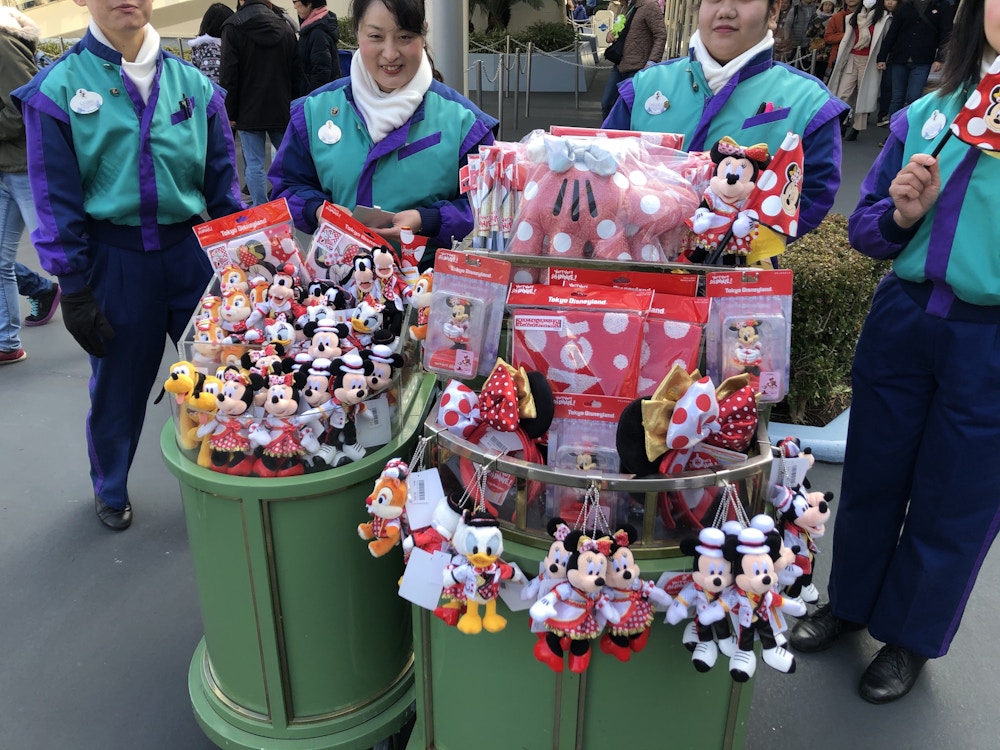 Stationed right outside Showbase is this merchandise cart.  If you’re feeling the Very Very Minnie spirit after the show, you can pick up some special items here. 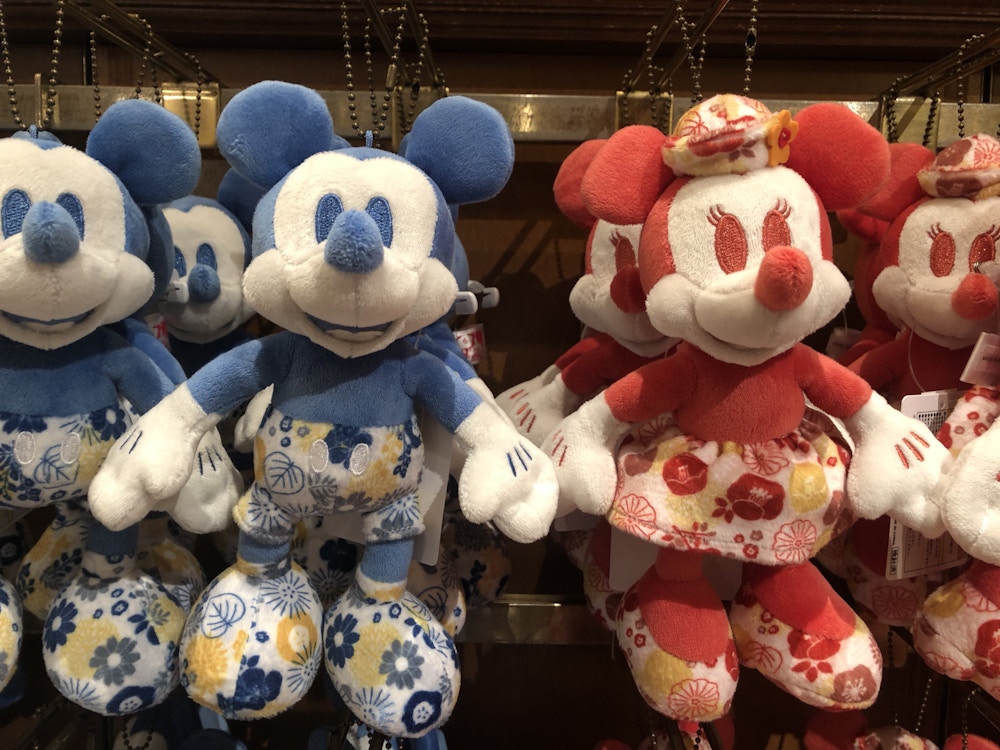 And speaking of merchandise, there’s a few items that caught our eyes this week. These new artsy stuffed badges are available around the resort for ¥1900, or $17.34. 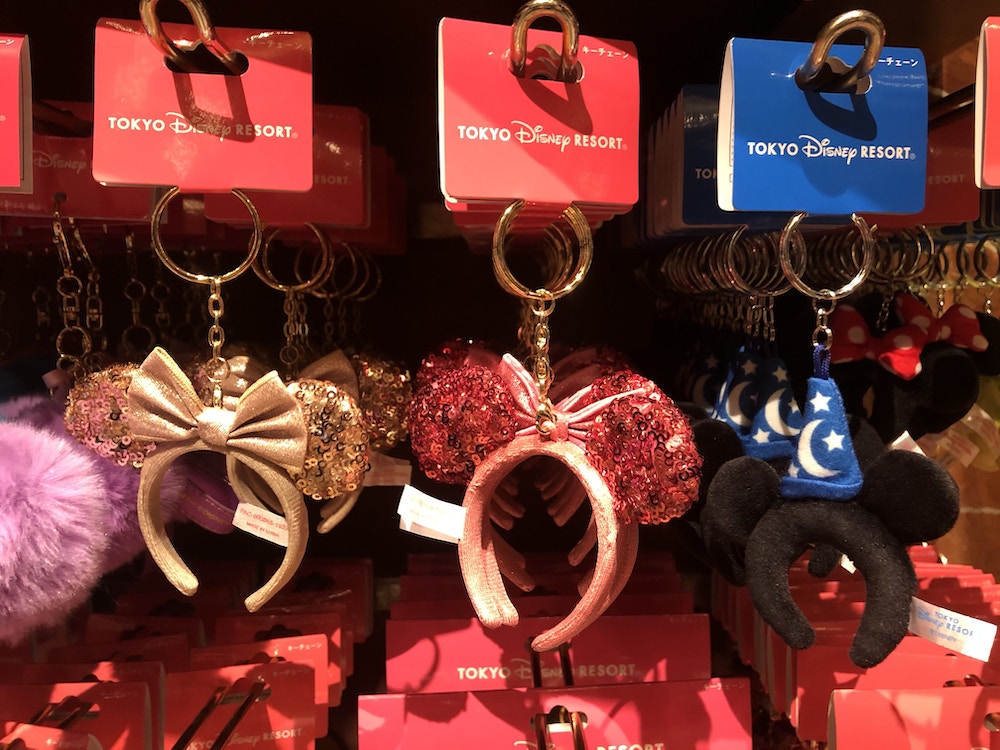 If you’re more interested in keychains, these headband keychains match some of your favorite headbands at the parks. The Sorcerer Mickey is available for ¥700 ($6.34), and the sparkly ones are ¥900 ($8.22). 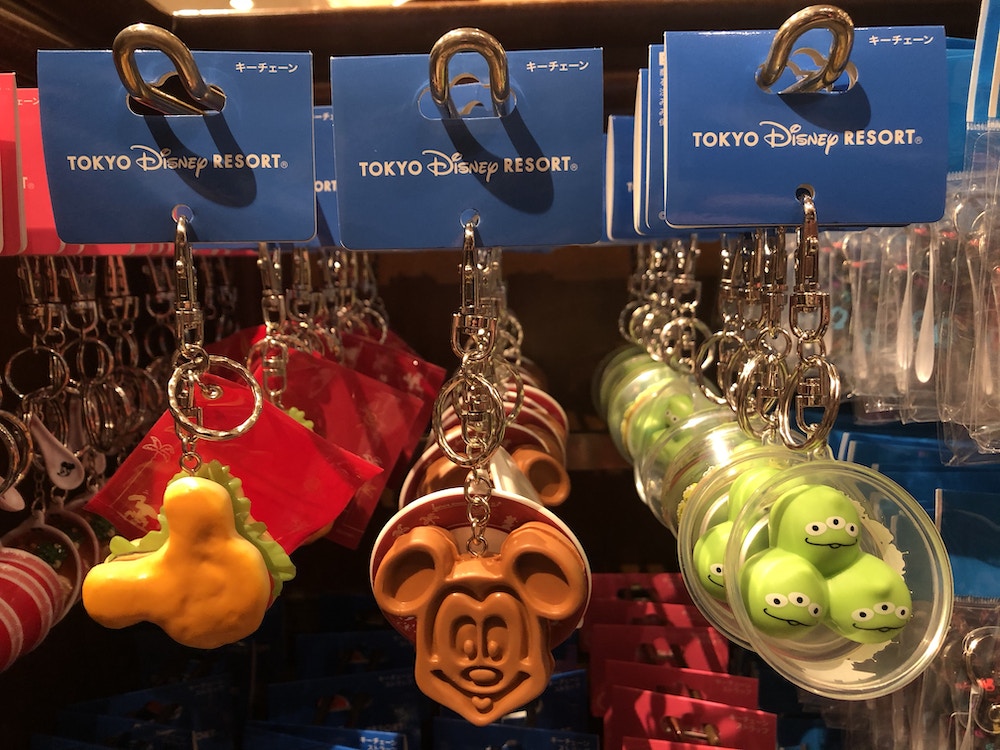 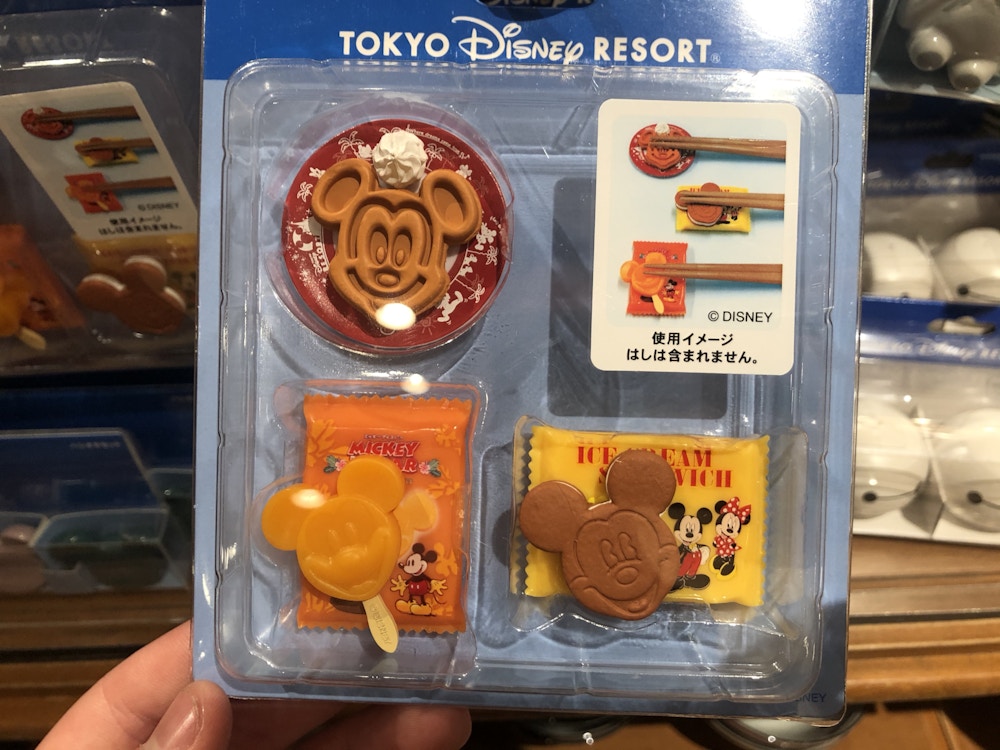 Or perhaps you suffer from the age-old problem of where to rest your chopsticks. Fear not! These sweet treat-themed chopstick rests are available as a set for ¥1600 ($14.60) 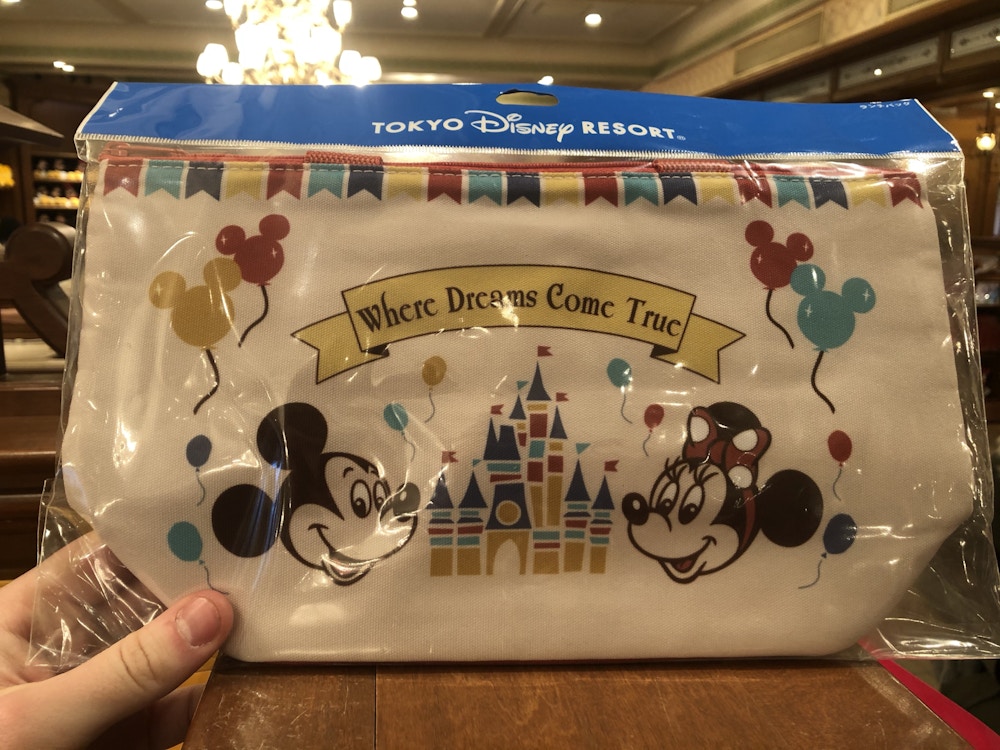 We often talk about lunch cases included with seasonal special sets at Tokyo Disneyland. If you’re not keen on picking up a seasonal case or set, you can have this generic lunch case on its own for ¥1600 ($14.60).

And that’s the latest from Tokyo Disneyland this week! It’s nice to check back in after a little while. We’ll be back to consistency in no time. What did you enjoy most this week? Let us know below or on Twitter!

Next
“Obi-Wan Kenobi” Series For Disney+ Is Put On Hold