PHOTOS: Another Round of “The World of PIXAR” Merchandise Comes to Disney Springs

If there’s one thing Pixar knows well, it’s sequels (and more sequels. And even more sequels). So it’s ultimately fitting that we have yet another round of merchandise from “The World of PIXAR” collection at Disney Springs! 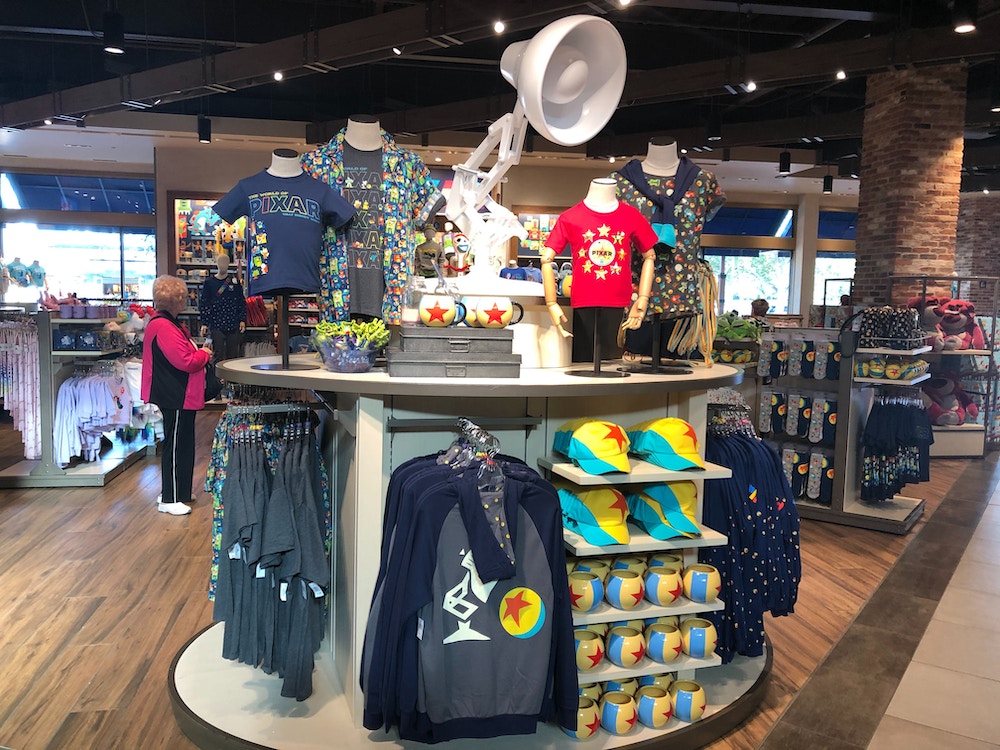 From hats to hoodies to bags, t-shirts and socks, there’s even more for Pixar fans to enjoy this go-around! 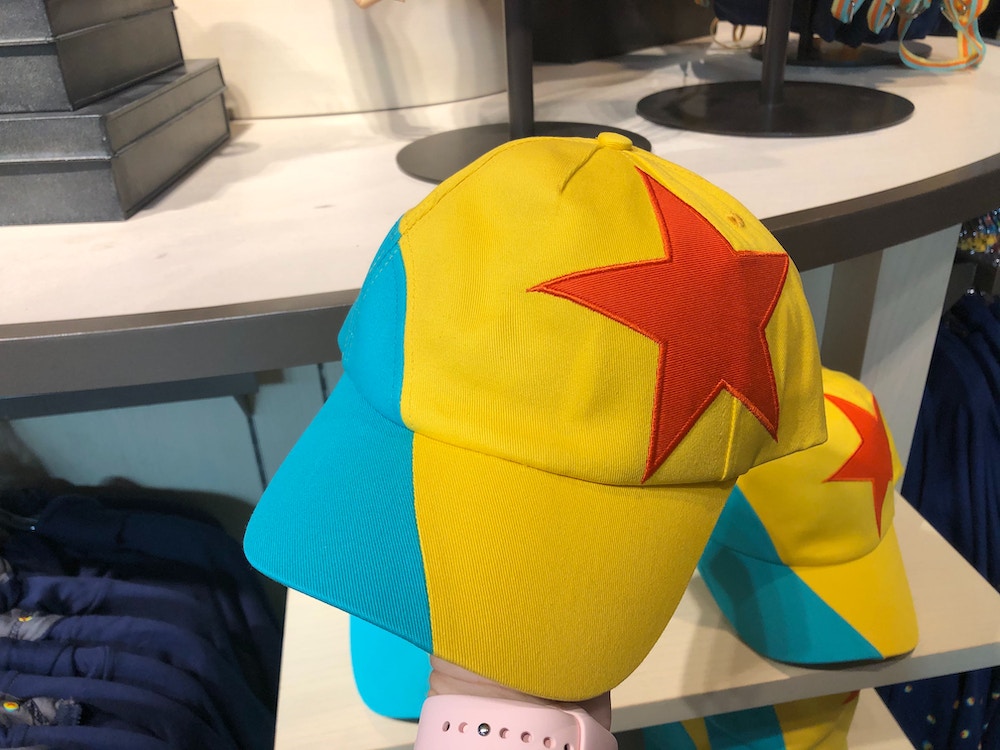 That round icon of Pixar — the Luxo Ball — is featured on this baseball cap. Of course, the iconography is a bit deconstructed, making for a fashionable hat! 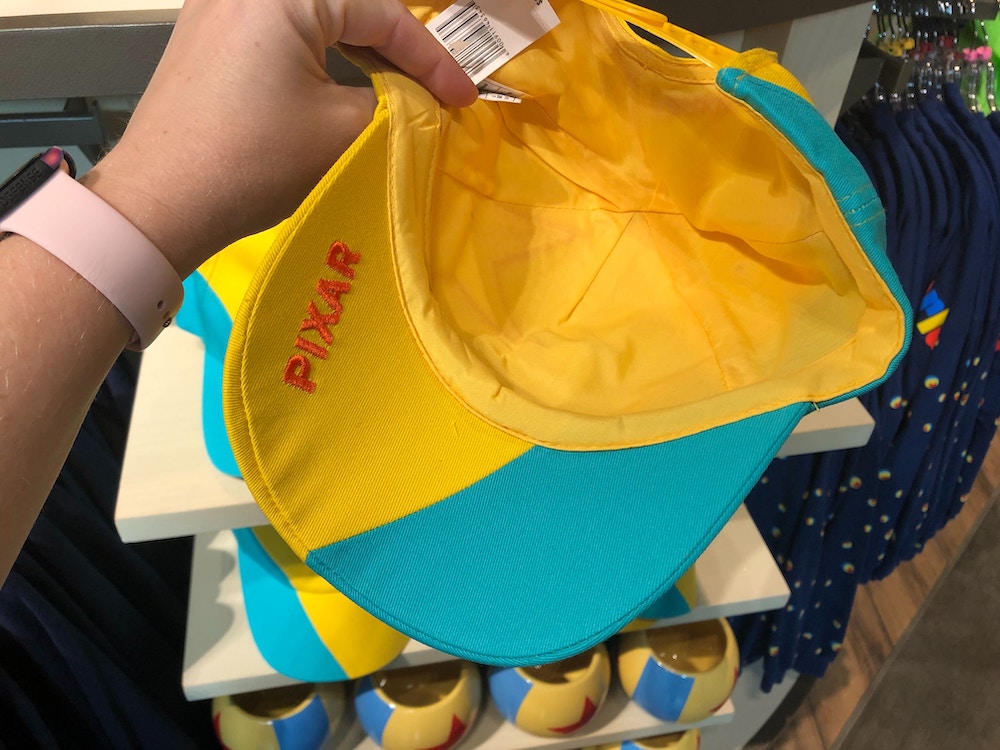 Underneath the brim, you can find the word “PIXAR.” You know, just in case you forget which studio this represents. 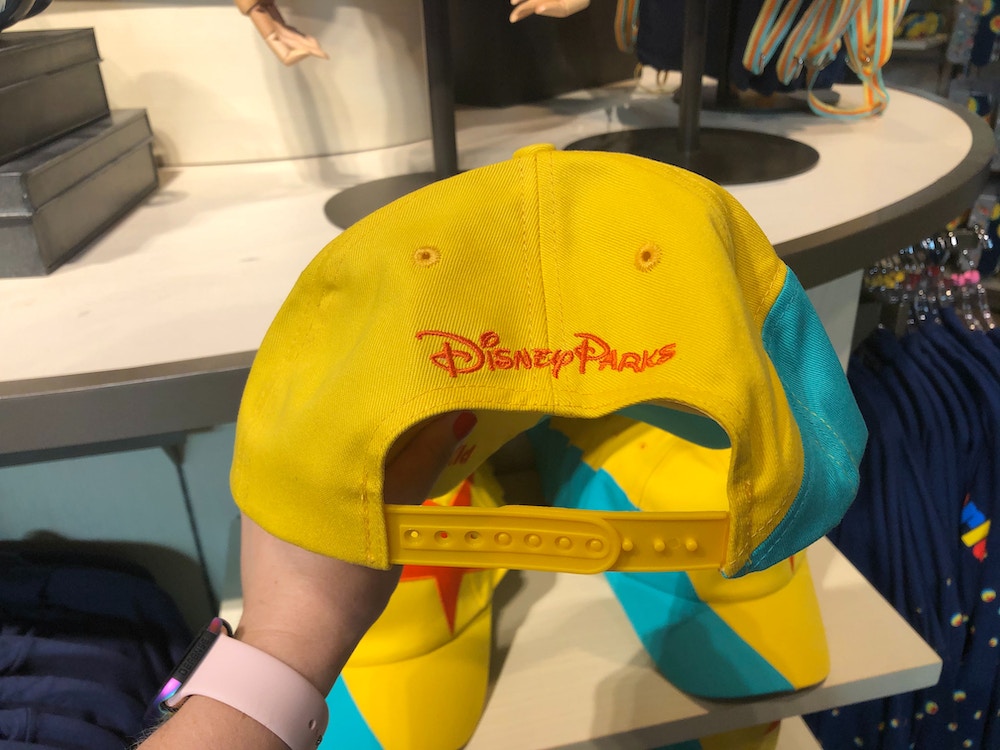 Less subtly placed is the “Disney Parks” logo, scrawled in red on the back of the hat.

The World of PIXAR Luxo Lamp and Ball Drawstring Backpack – $24.99 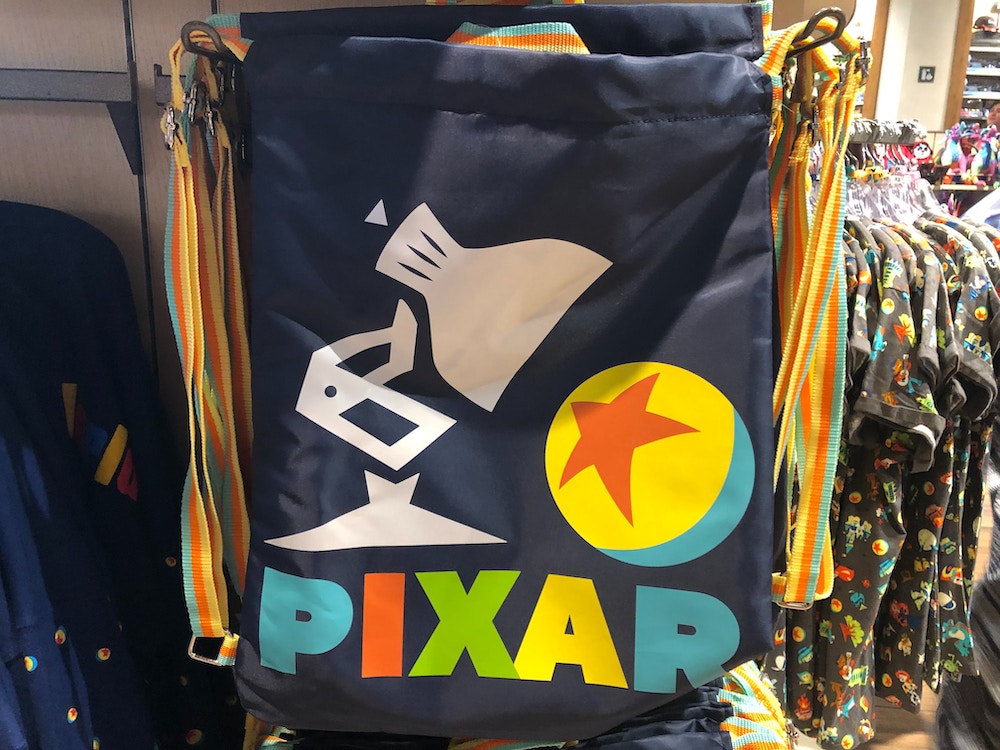 Keep your back fashionable and carry your stuff around in this drawstring backpack featuring the Luxo Lamp and Ball. 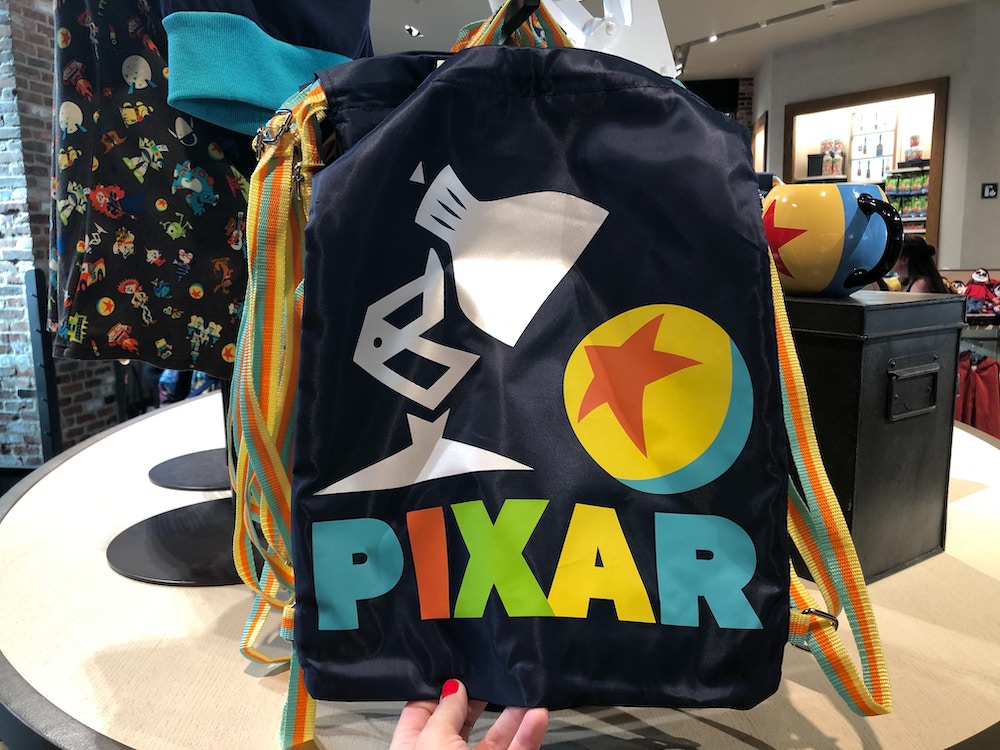 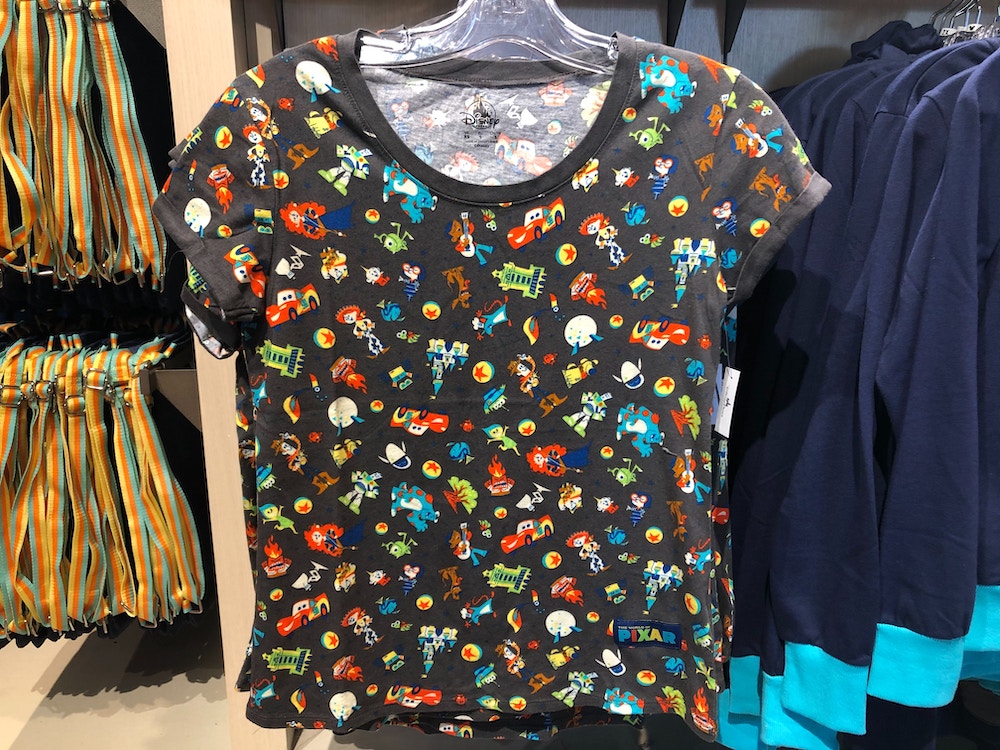 Some of the most beloved Pixar characters mingle with icons of the Walt Disney World Resort on this new women’s t-shirt. 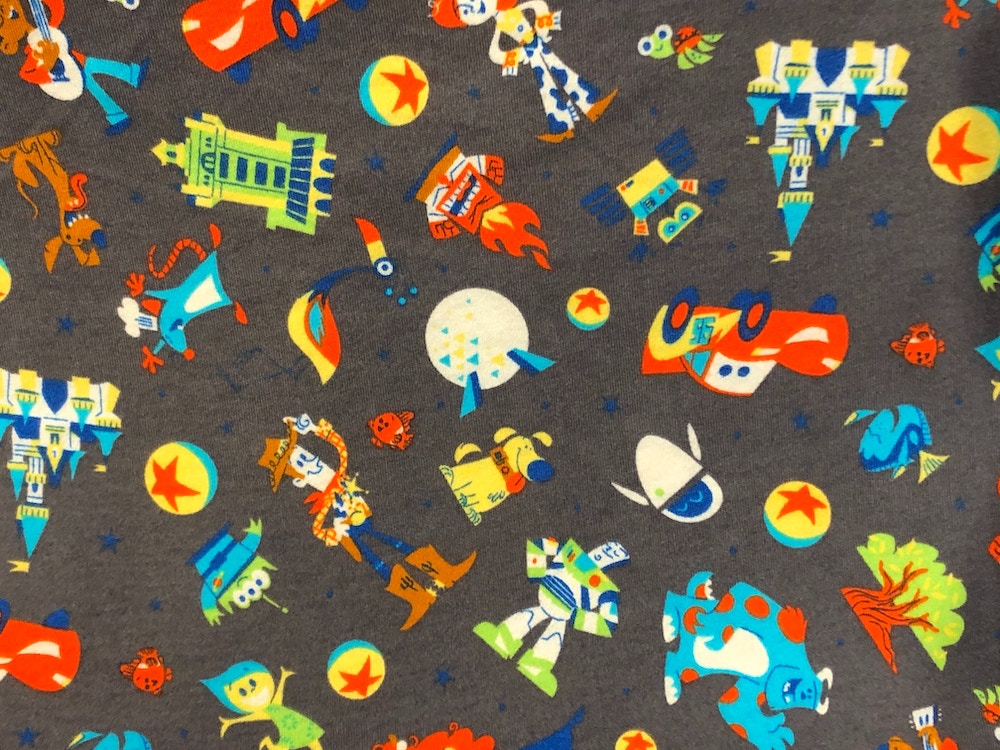 On this close-up of the fabric, you can see characters like Woody, Buzz Lightyear, Jessie, one of the Little Green Men, Dug, Kevin, Sulley, Nemo, Dory, Squirt, Wall-E, EVE, Lightning McQueen, Joy, Anger, Remy, Miguel, and Dante with Cinderella Castle, Spaceship Earth, The Twilight Zone Tower of Terror, and the Tree of Life! 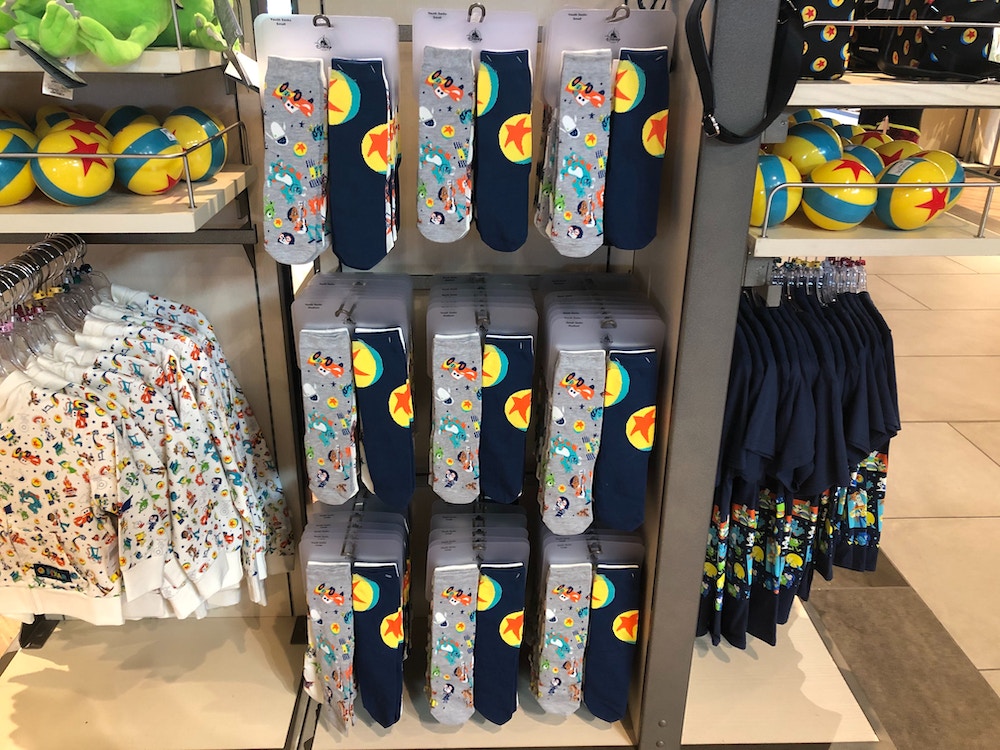 Having trouble deciding your look? Try this pack of three pairs of Pixar-themed socks! 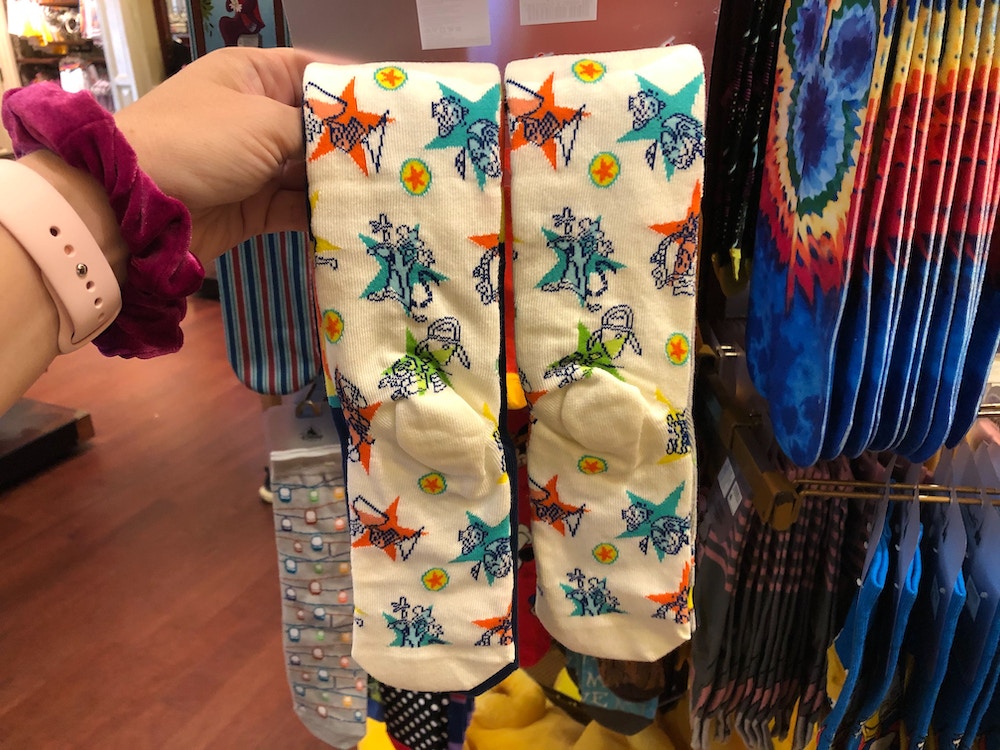 The pair of white socks features characters from films including “Finding Nemo,” “WALL-E” and “Ratatouille.” 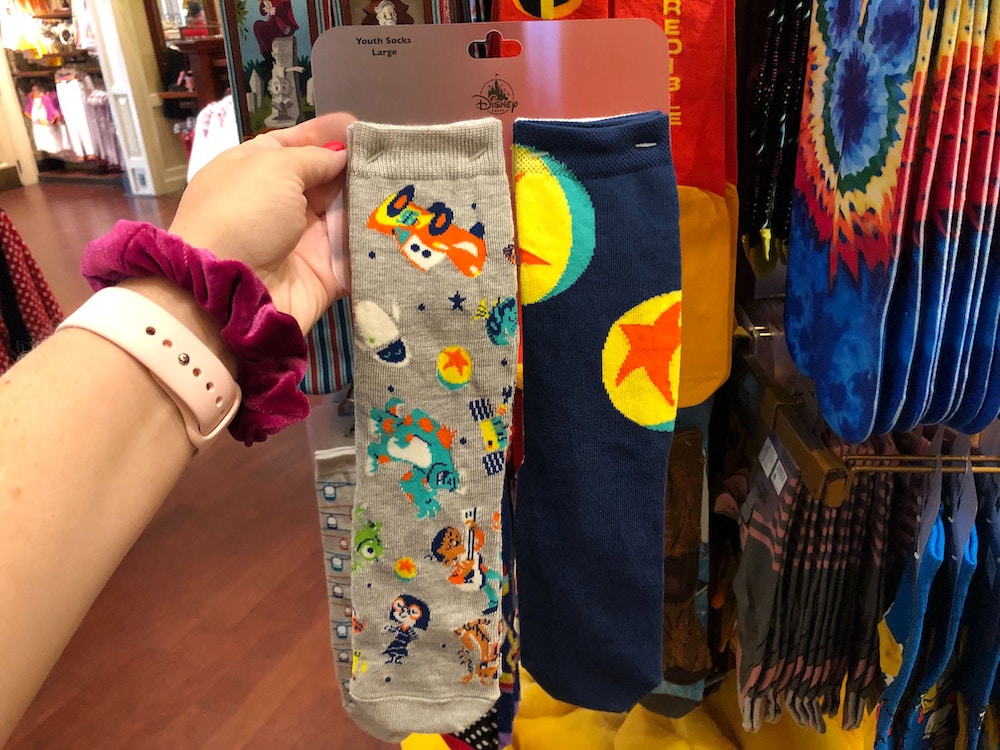 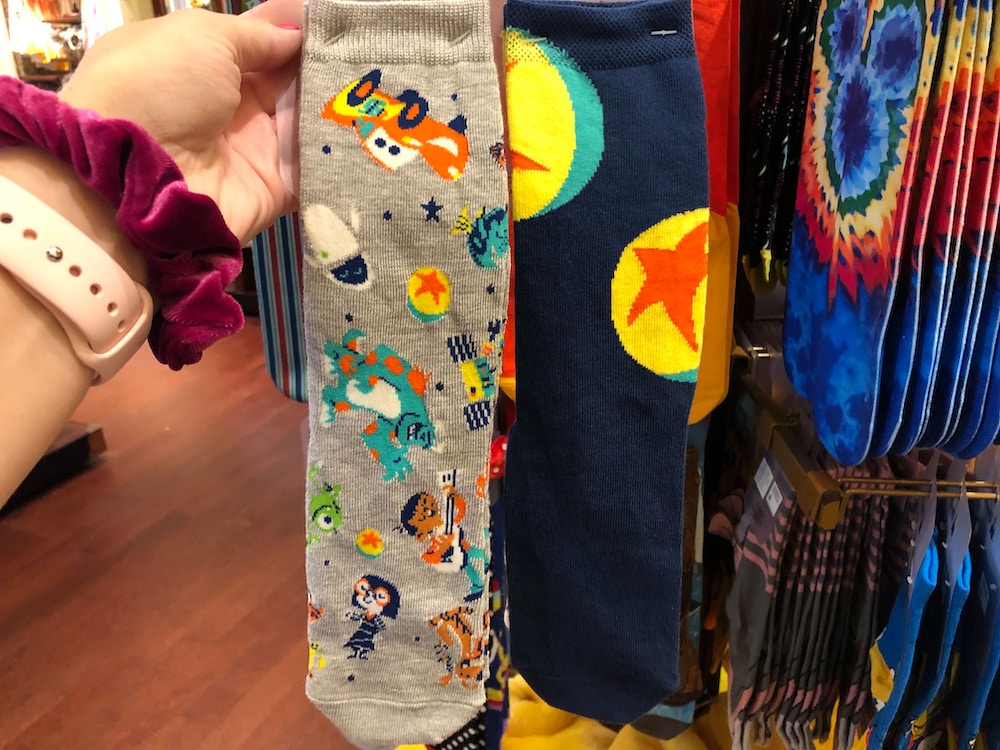 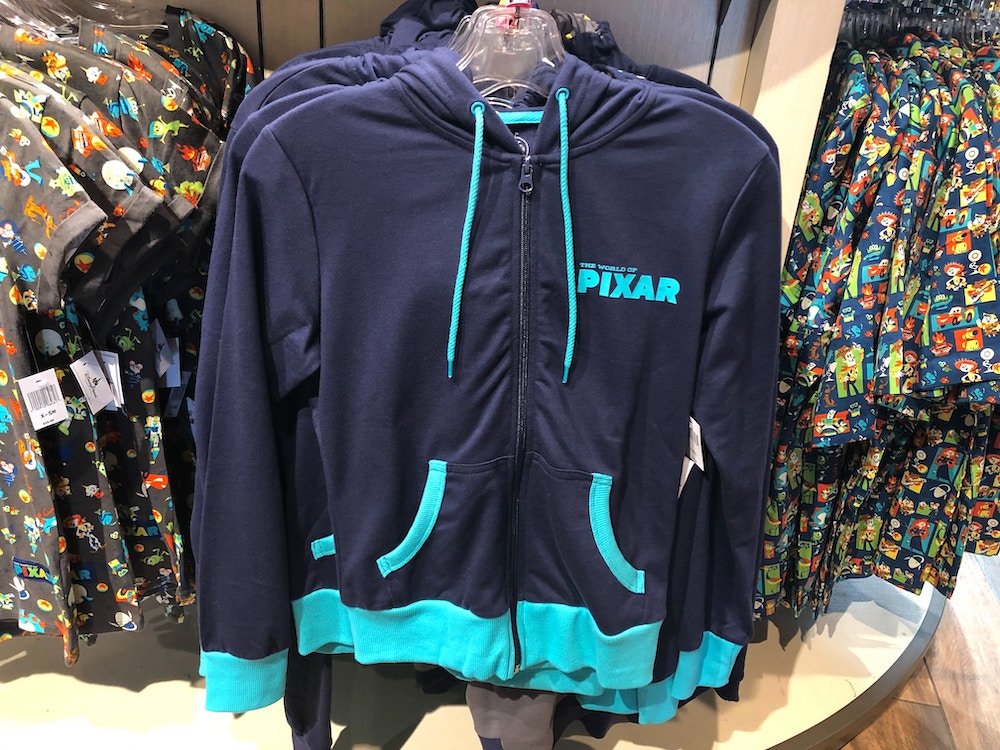 This blue hoodie, which we previously found at the Disneyland Resort, has made its way east to Disney Springs! 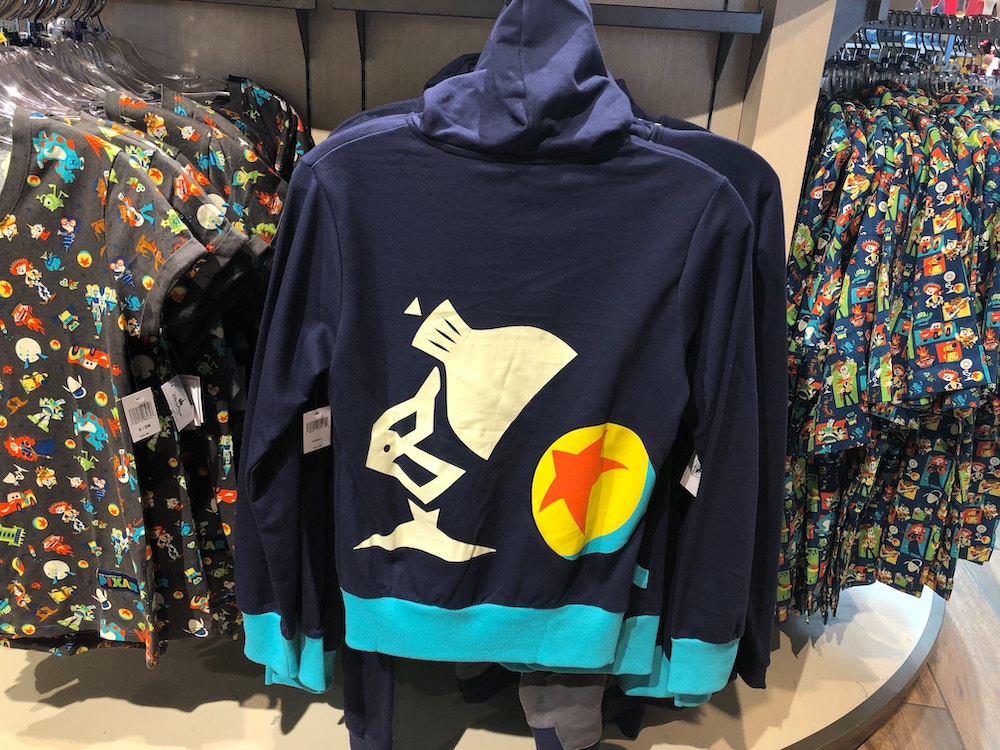 The front features the collection’s logo, while the back boasts the Luxo Lamp and ball. It’s a great way to show off your love of Pixar!

We found all of these items at World of Disney, but keep an eye out for them throughout Walt Disney World!

Will they ever include characters from” A Bug’s Life” and “The Good Dinosaur”? Which item grabs your attention? Let us know in the comments below!