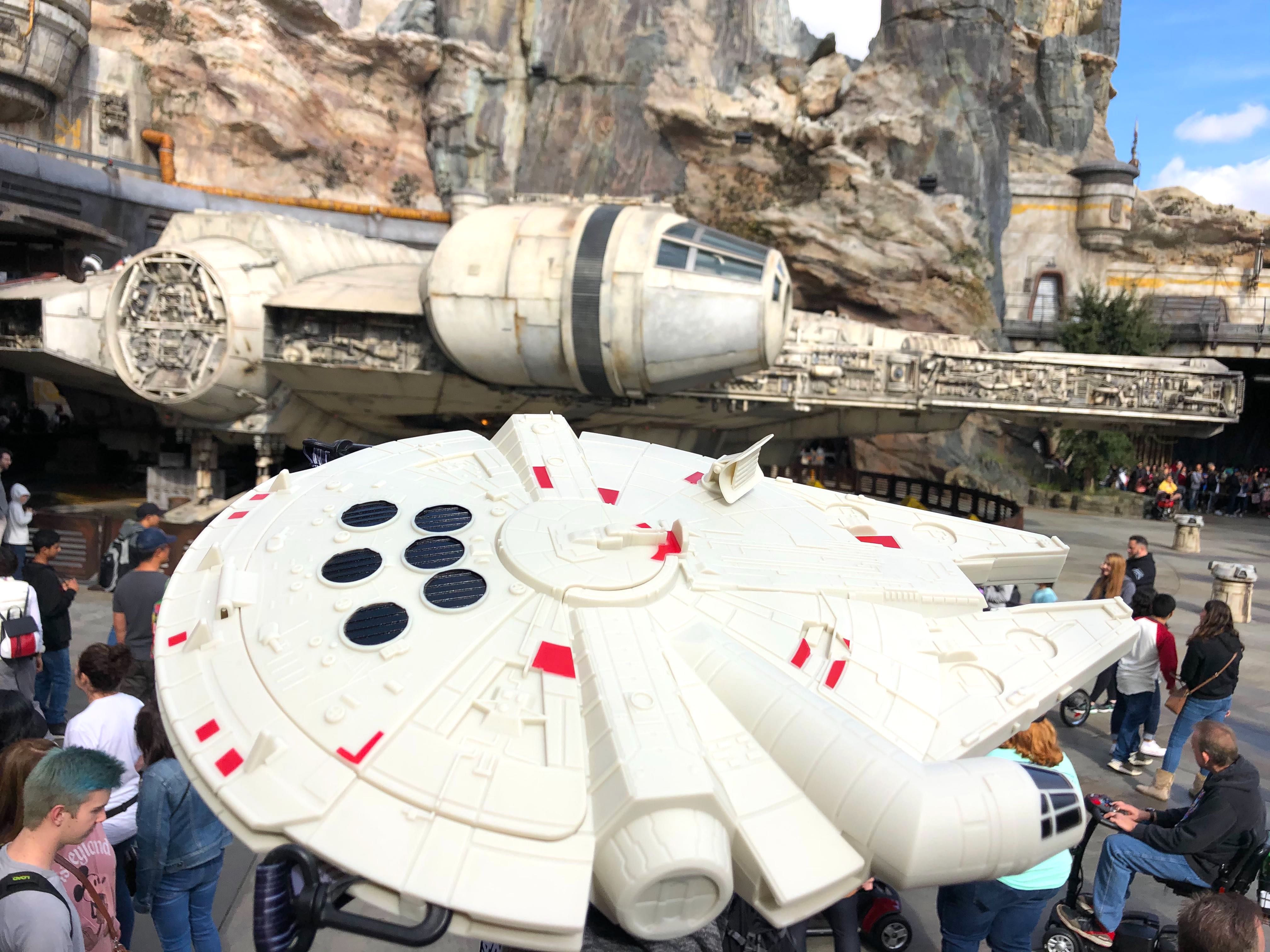 In this line of work, you get used to hearing slightly outlandish things, but when our Disneyland reporter Ali told me, “I can’t lie this popcorn bucket down flat, it has a gun on the bottom!” I realized I was in for one heck of a popcorn bucket report. Just in at Disneyland is this new, giant popcorn––or French fry––bucket modeled after the Millennium Falcon from the Star Wars saga. This rusty old popcorn bucket may not look like much, but she’s got it where it counts, kid.

The unwieldy bucket comes filled with fries at Galactic Grill for $24.99. You can even mobile order and skip the line if you need to fuel up quickly before the Kessel Run. If you decide to get it at any of the popcorn stands in Tomorrowland, it’ll run you $27 and come filled with popcorn. 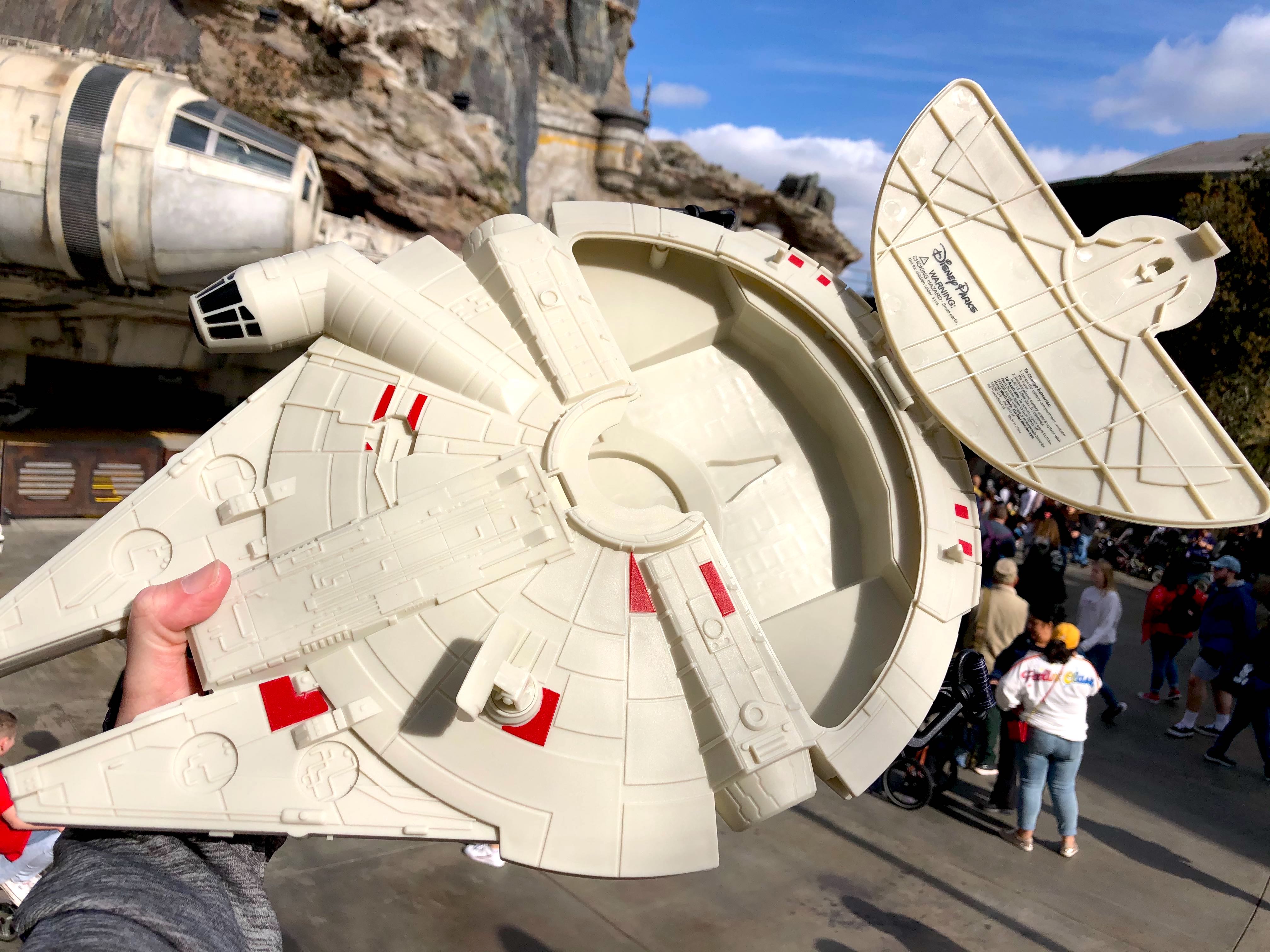 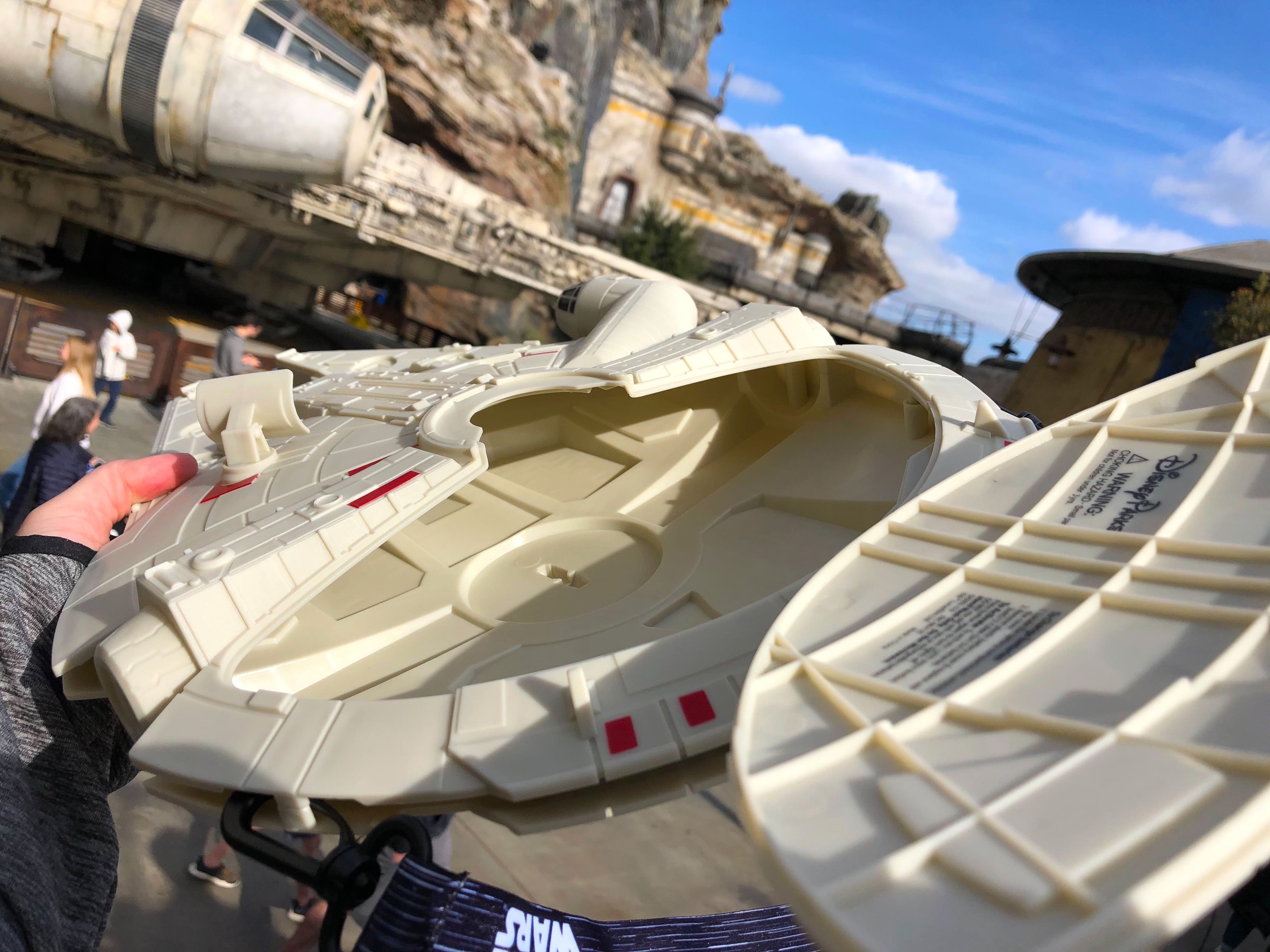 The top half of the Millennium Falcon opens up for snacking or hiding things from the Empire. 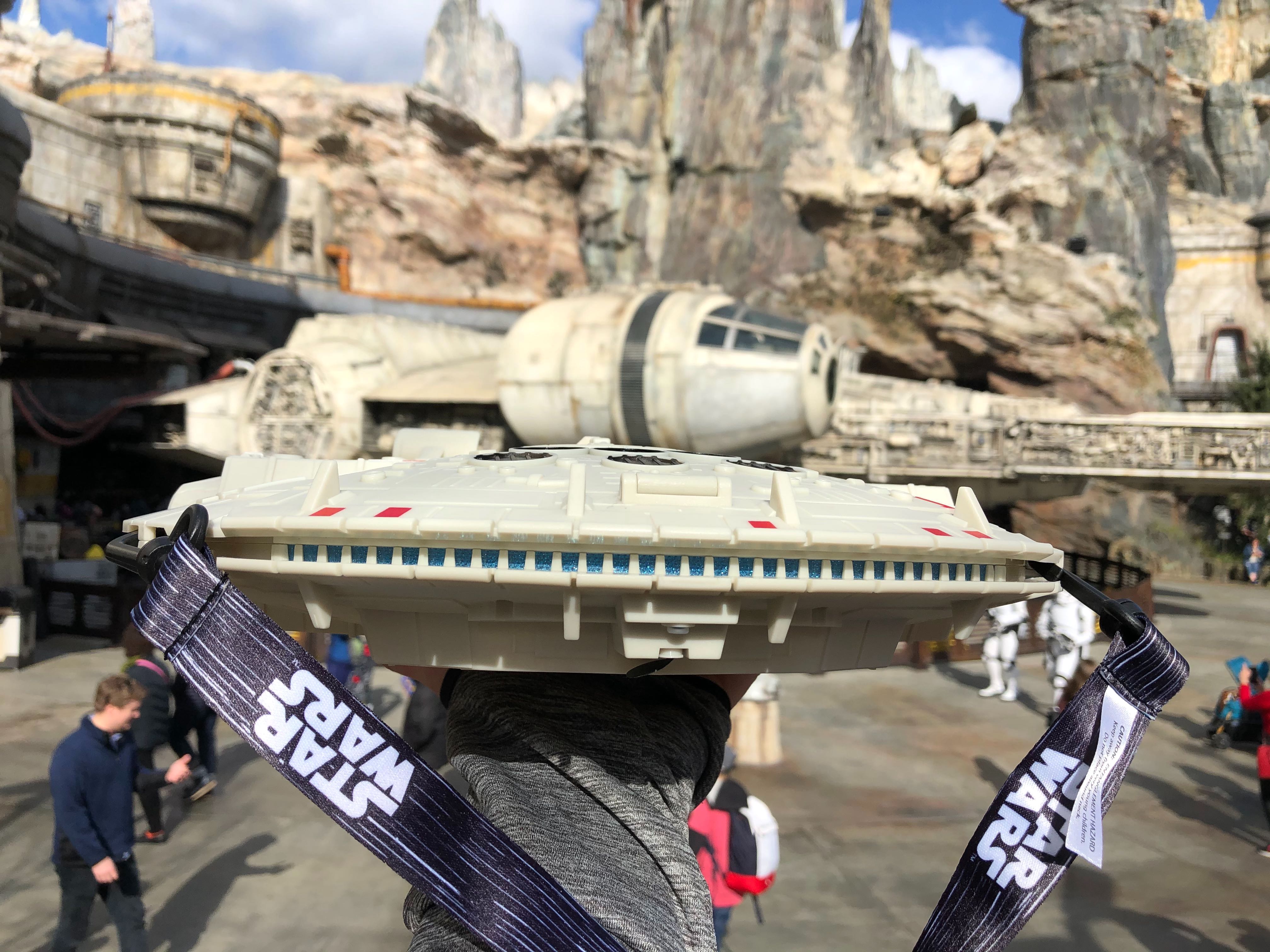 The bucket is incredibly well-made and detailed, with the back thrusters glowing in blue. It actually lights up, too! 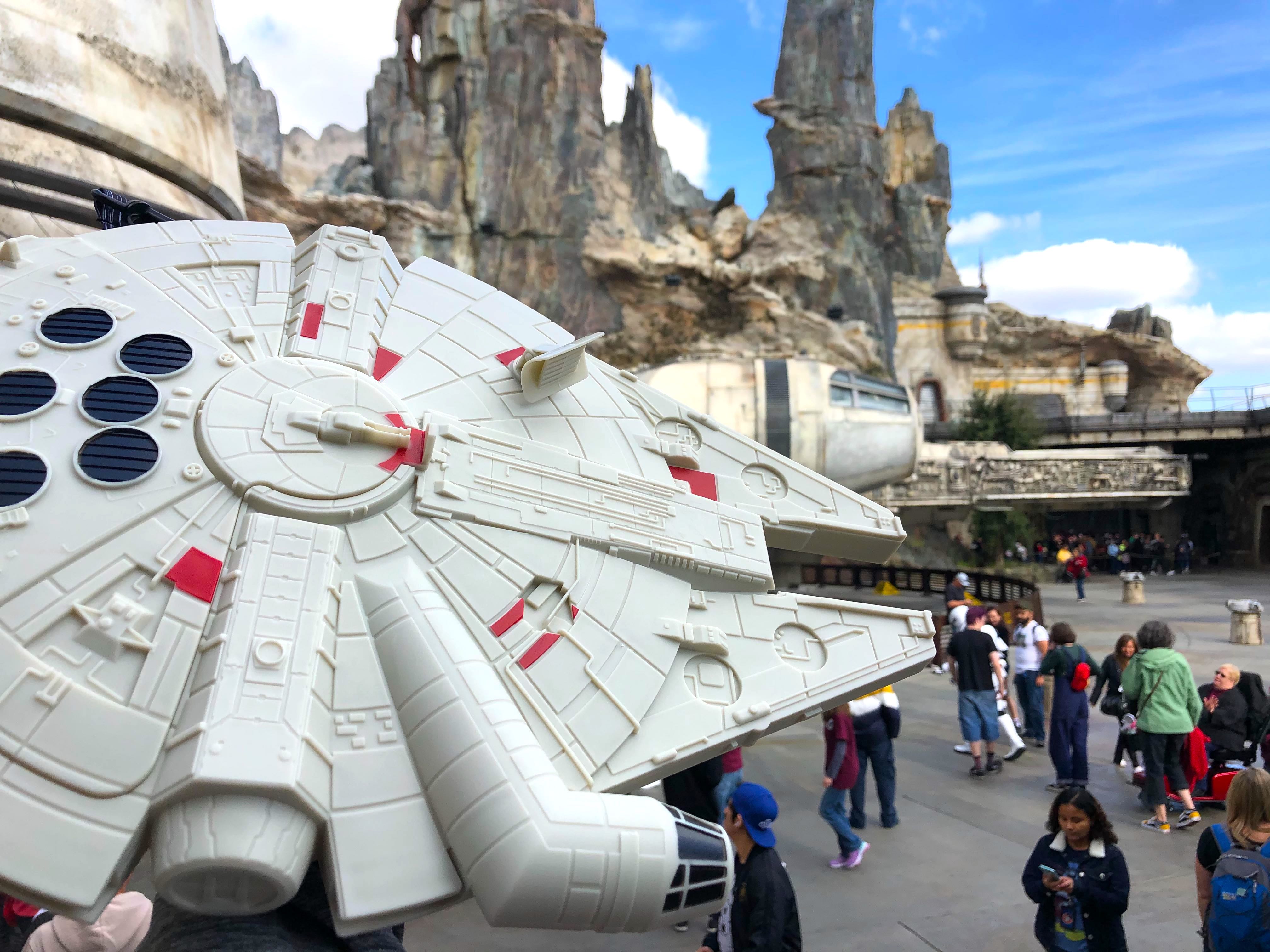 If you go flying this YT-1300 Corellian light freighter around the park, we wouldn’t blame you. 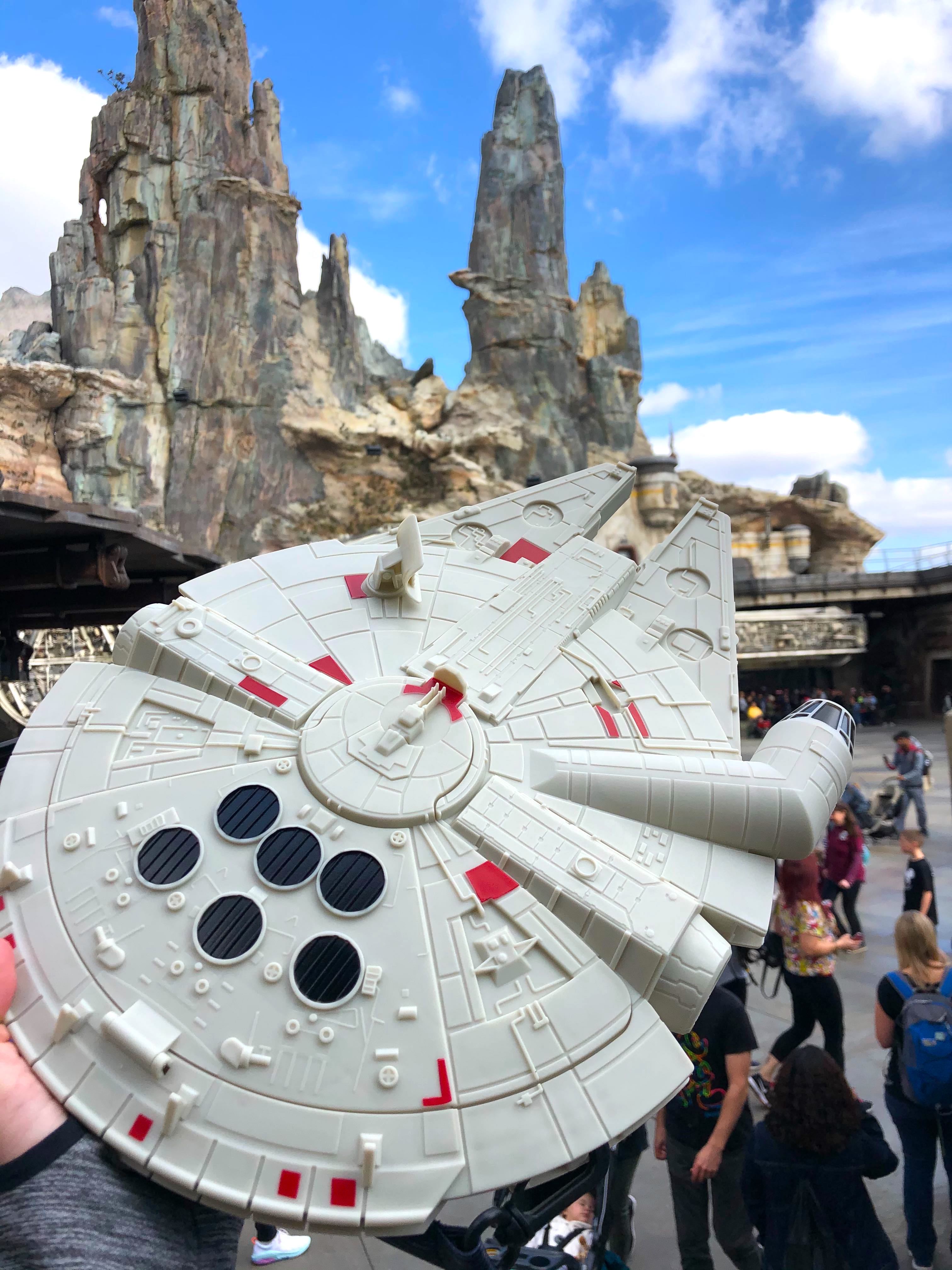 See that satellite at the top? You can spin it for optimal signal. 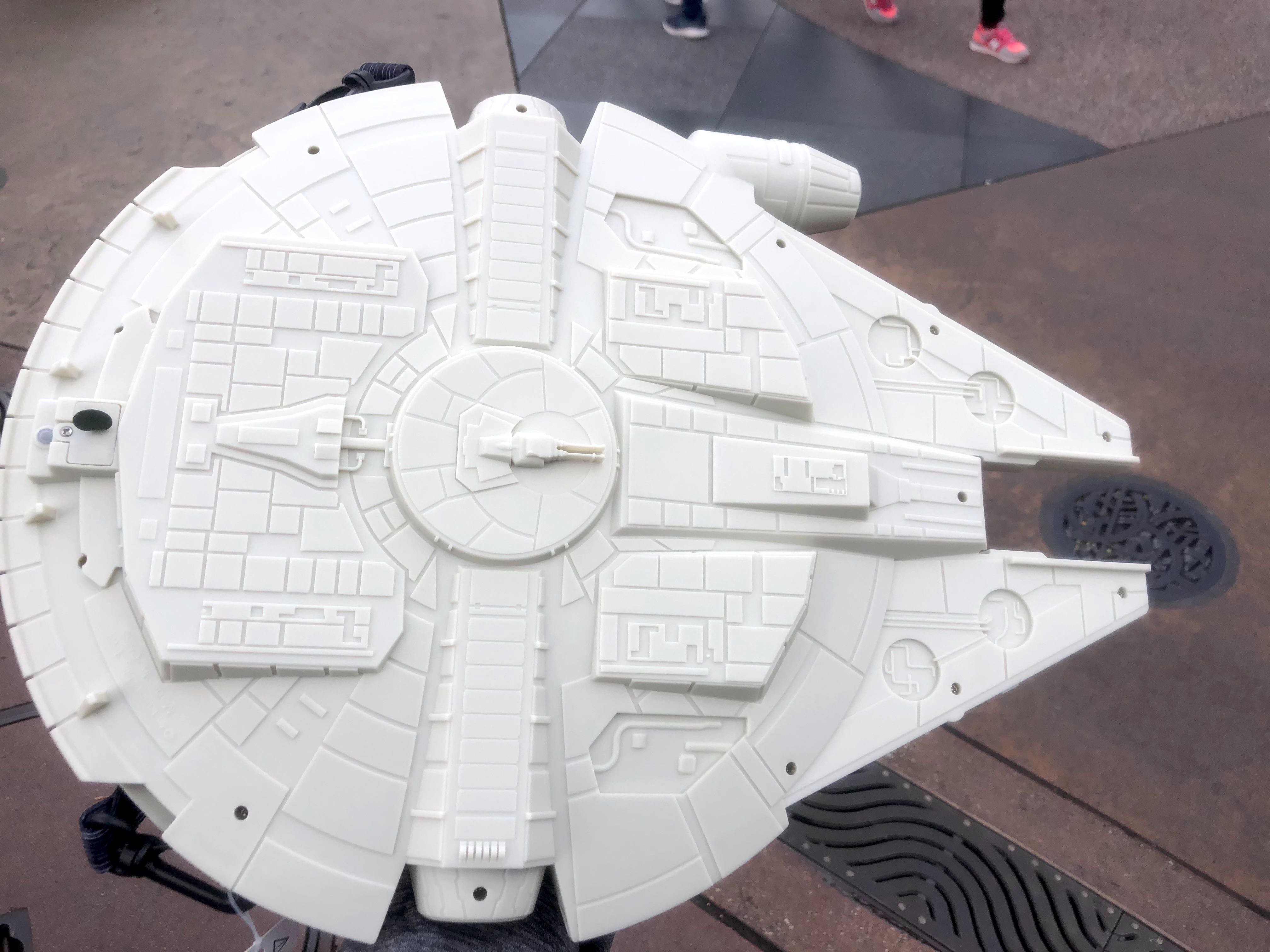 On the bottom you have the infamous gun, as well as a tiny battery pack in the back for the light-up functions. Here are some more shots of the giant bucket: 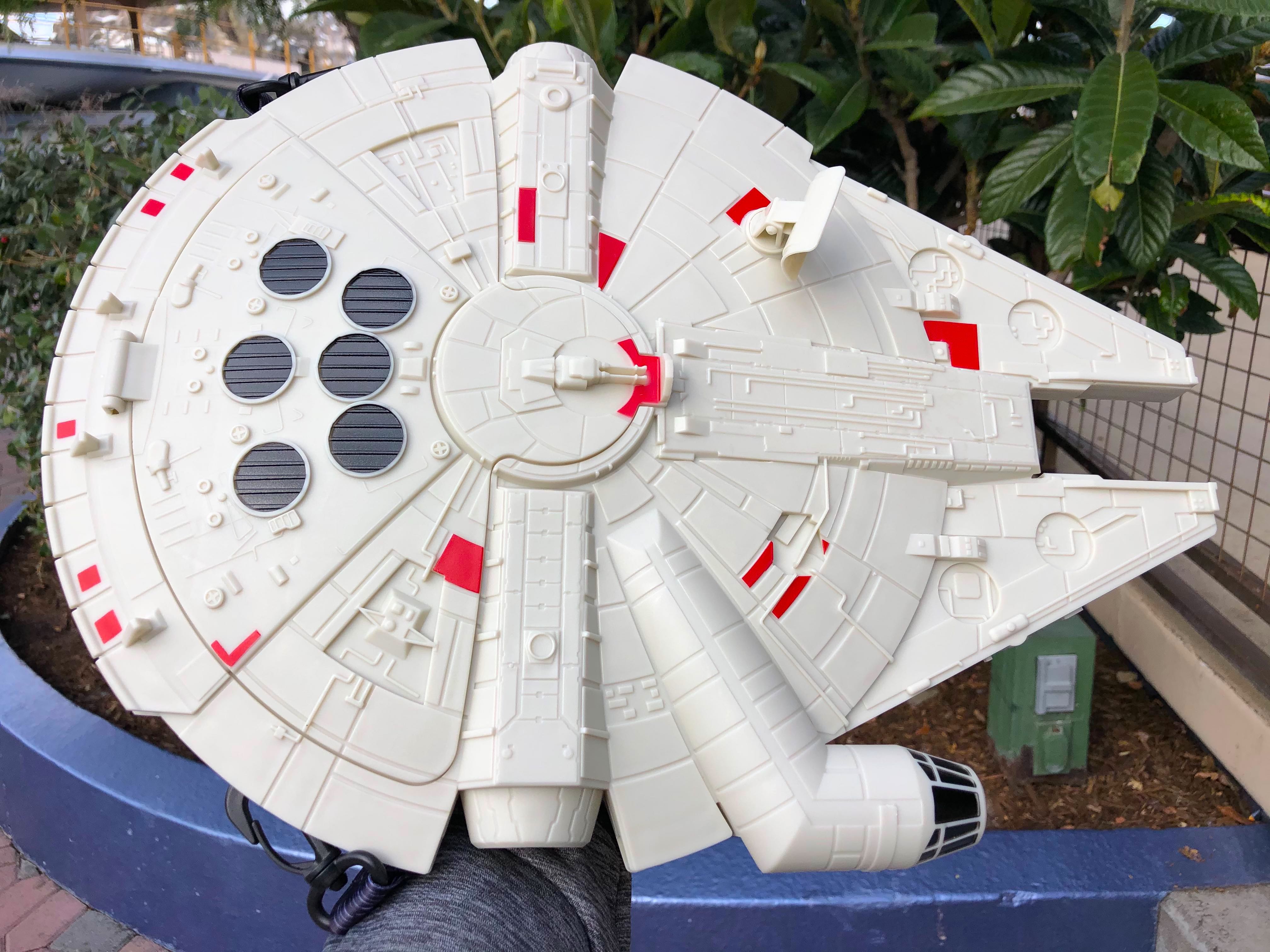 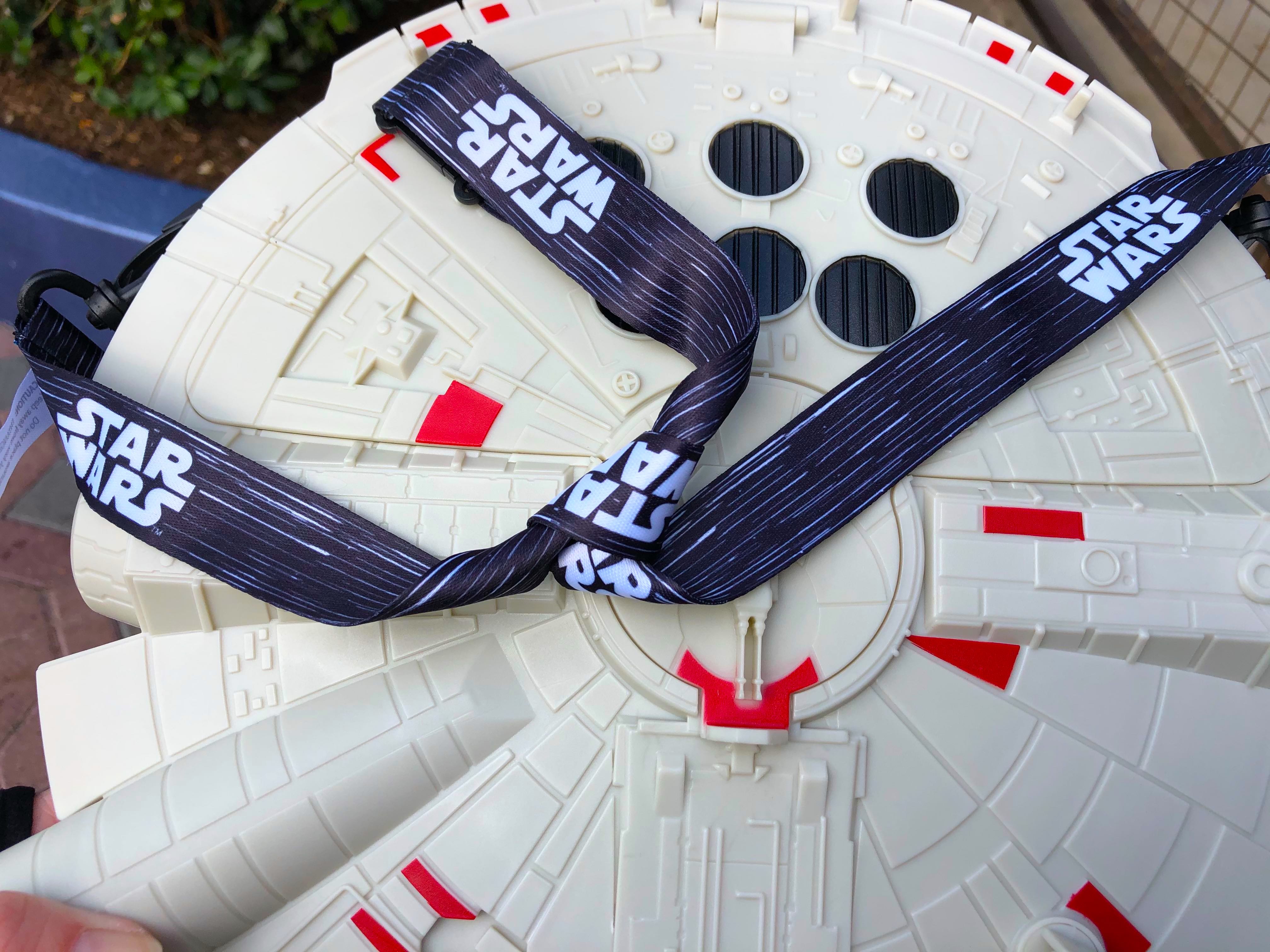 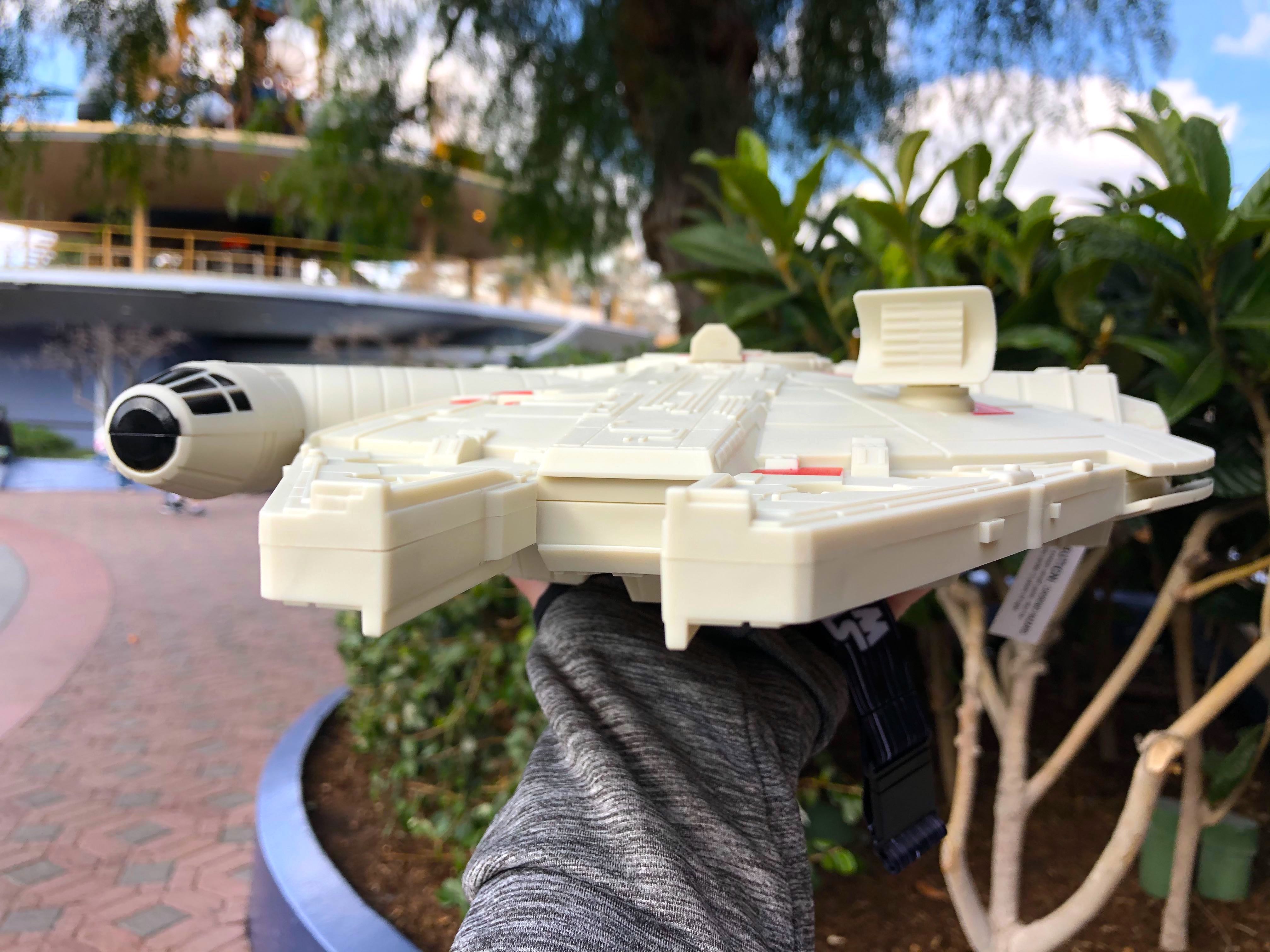 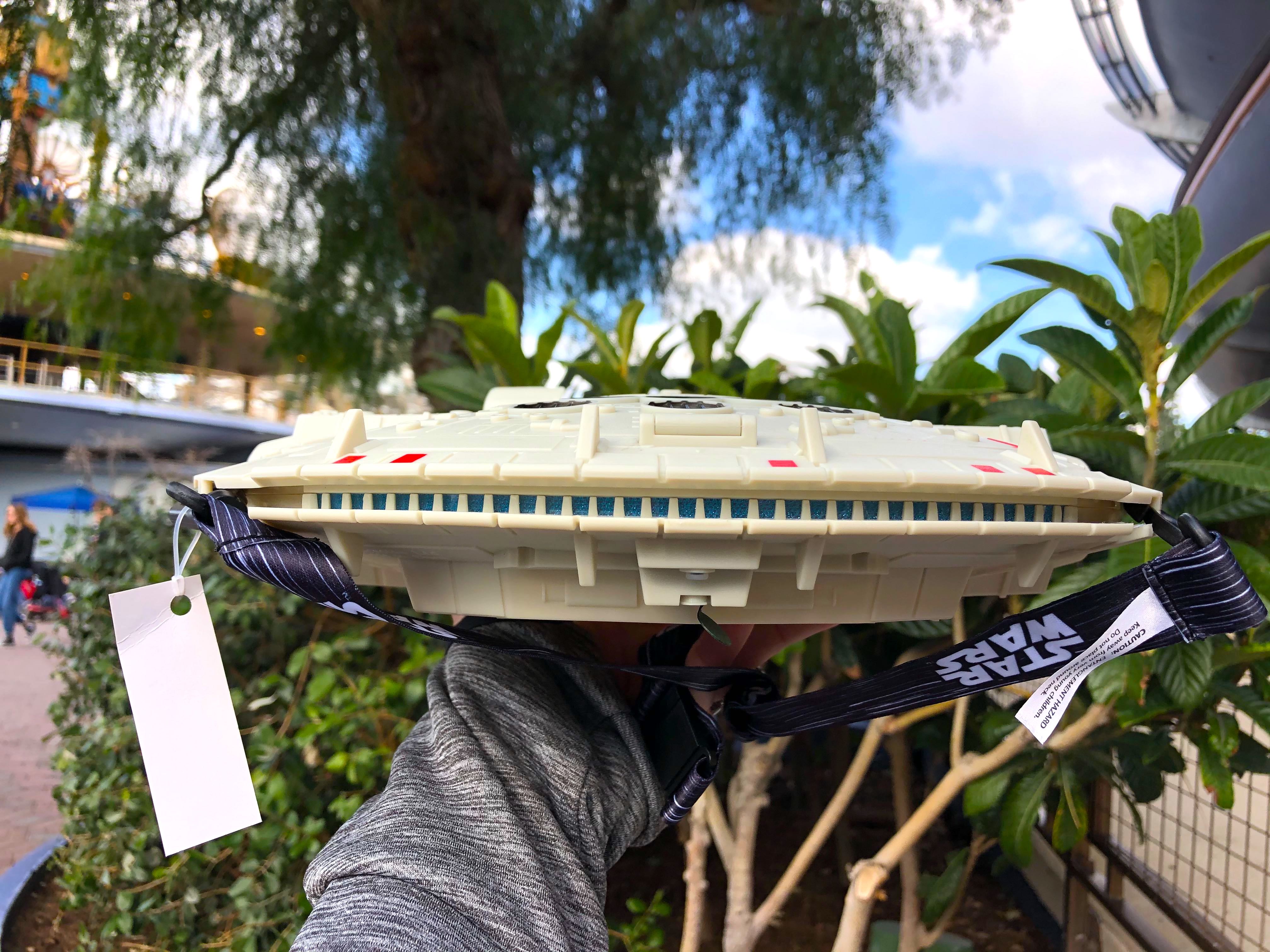 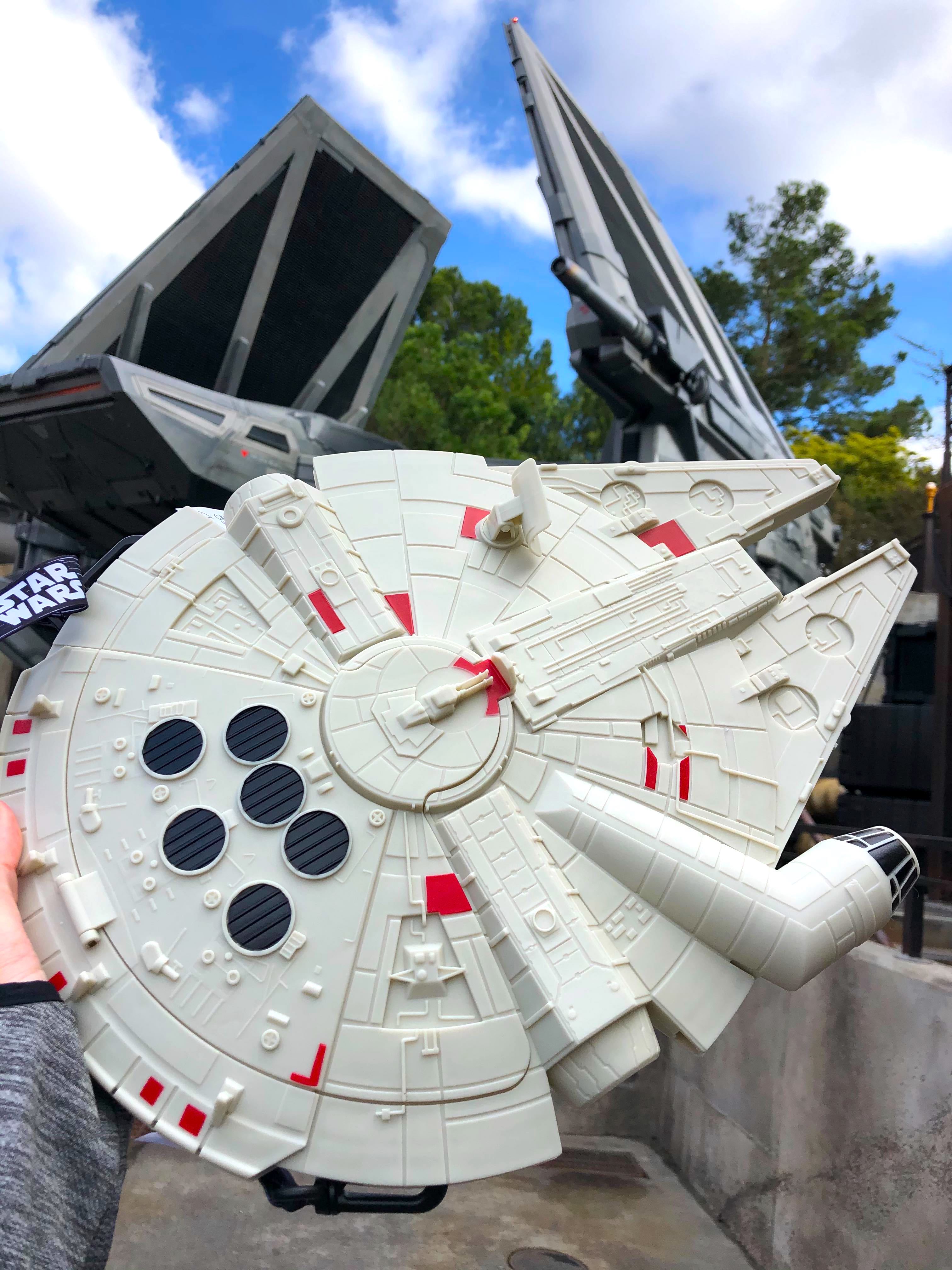 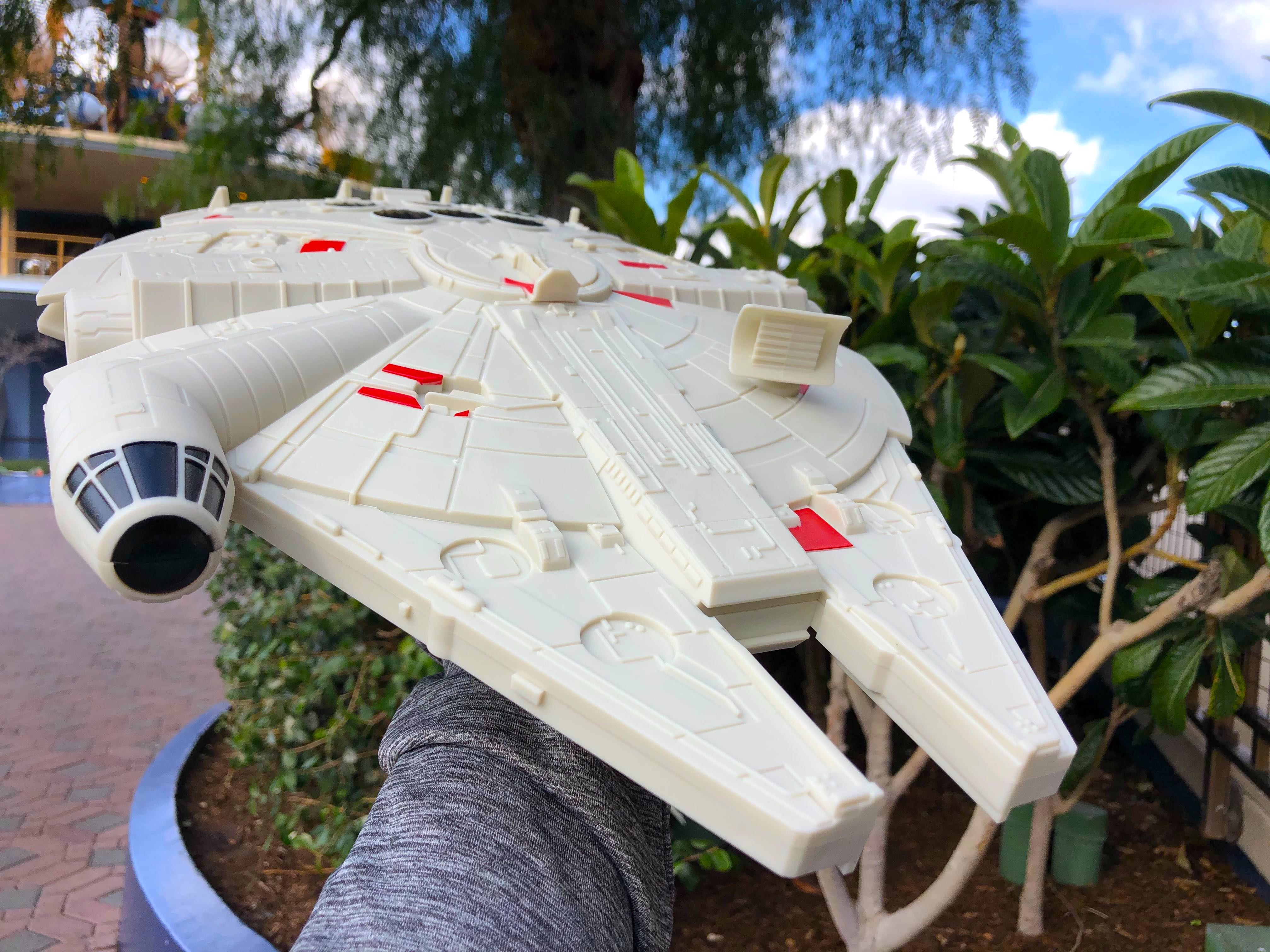 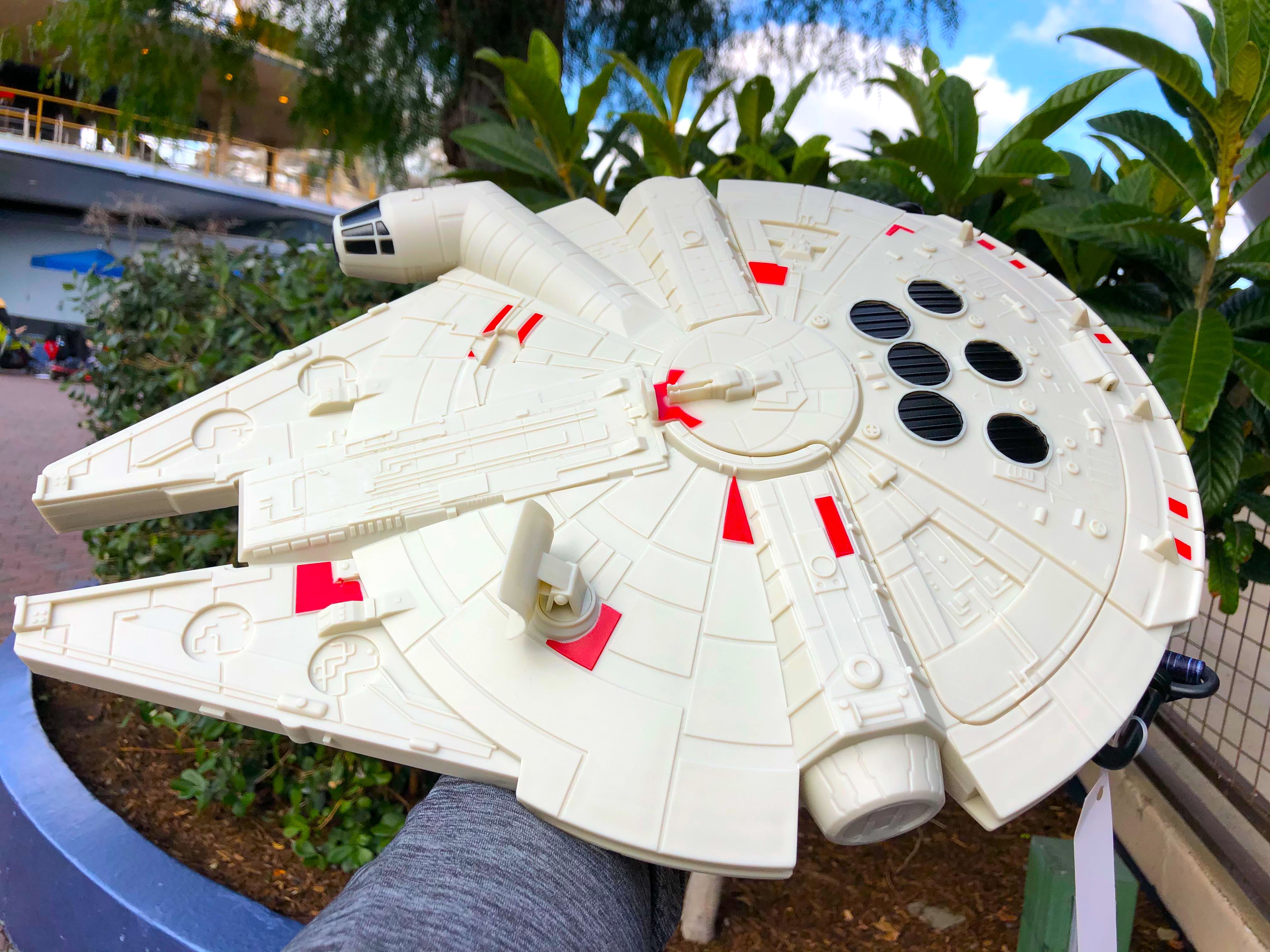 Make sure you punch it over to Disneyland for one of these buckets before they’re gone like Alderaan.