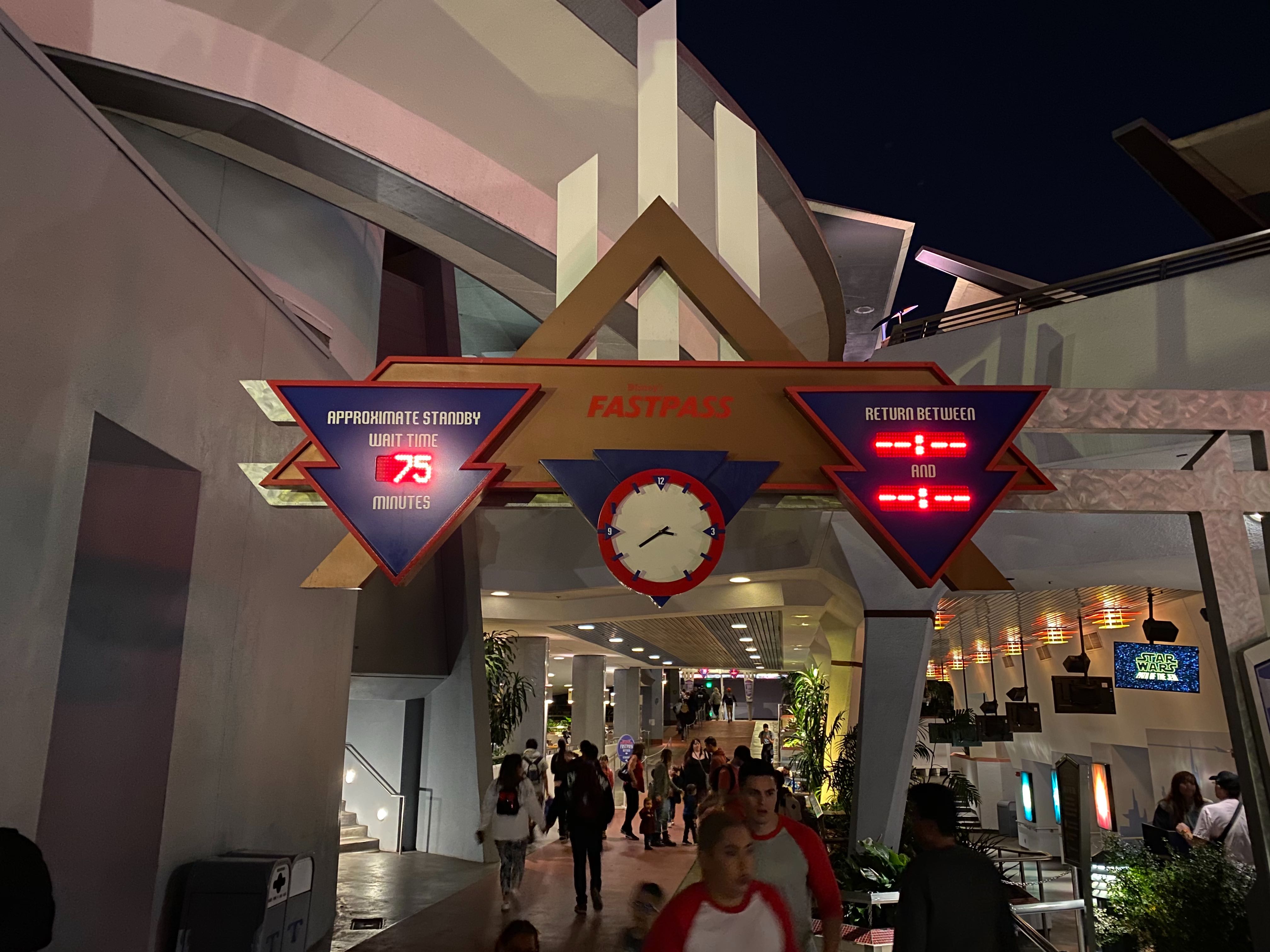 On the same day it was scheduled to close for refurbishment, it’s all systems go at Disneyland’s Space Mountain, as the Hyperspace Mountain overlay has returned to a galaxy far, far away.

In our initial report back in December, Disneyland officials said the attraction would only be down for “a few days” to move the attraction back to its classic format. It seems the refurbishment took even less time than they anticipated! 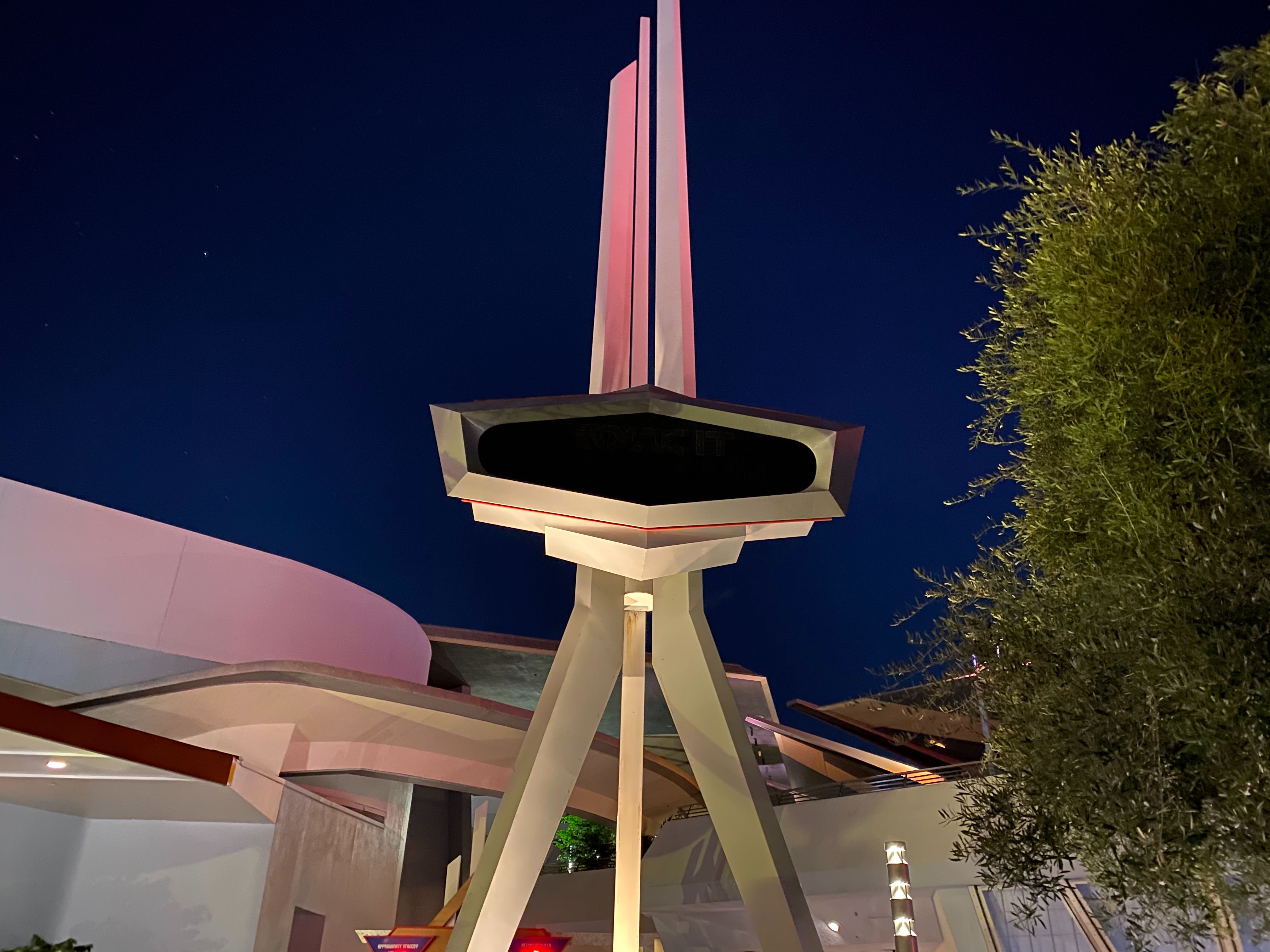 The attraction sign isn’t fully operational just yet, but guests are still blasting off in Tomorrowland. 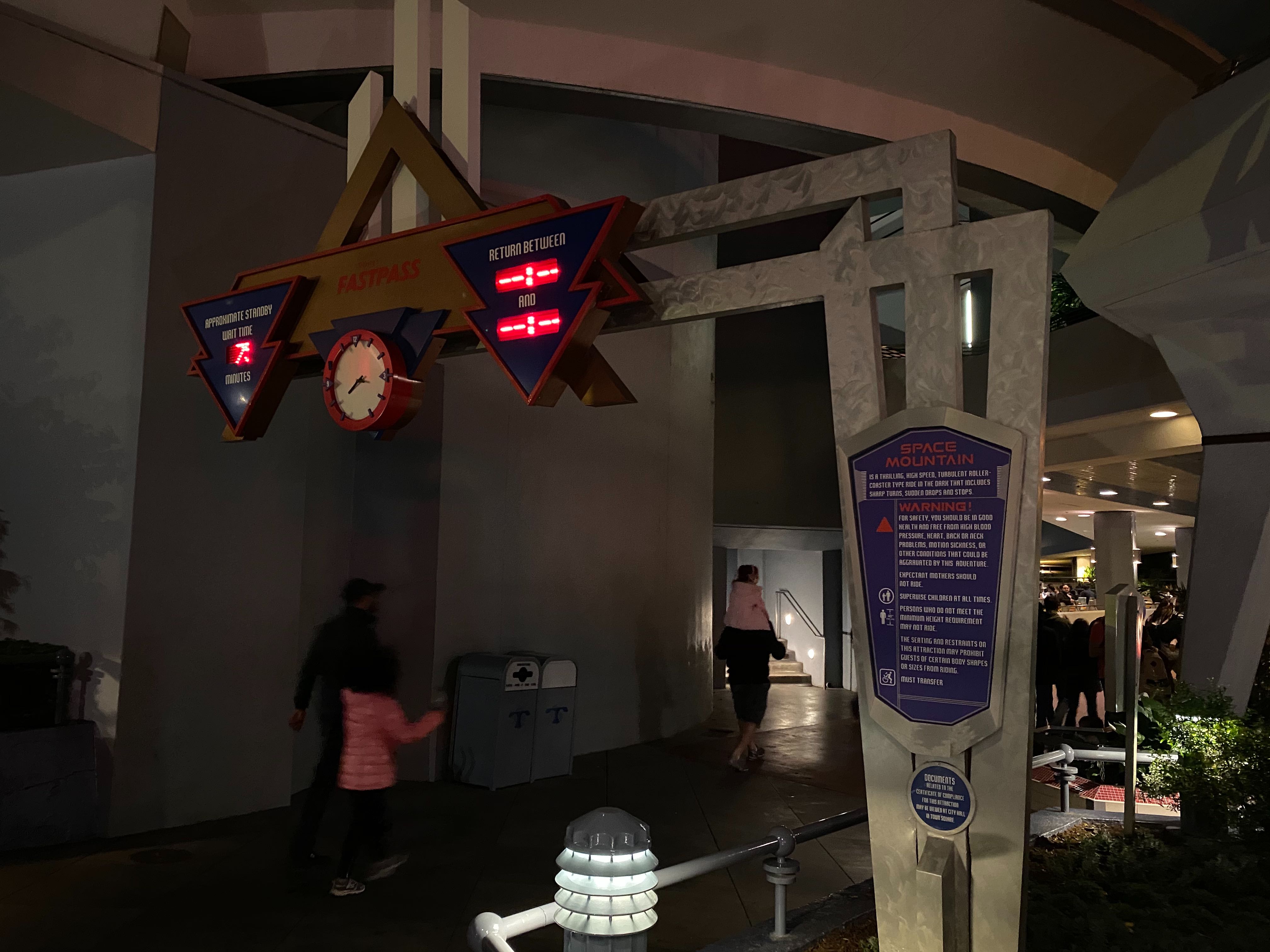 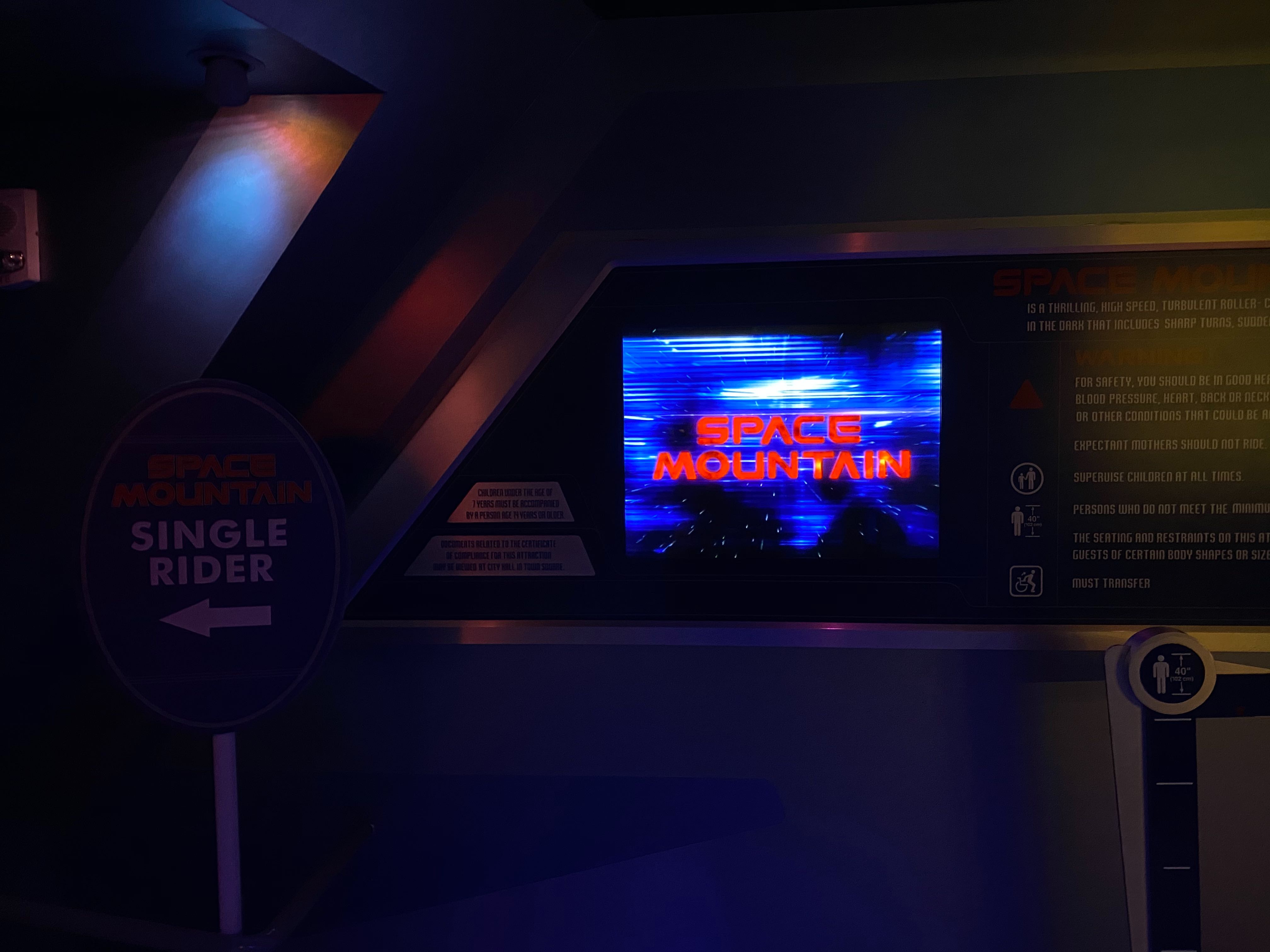 The video monitors feature the Space Mountain name so there’s no real confusion as to which version of the ride is operating. 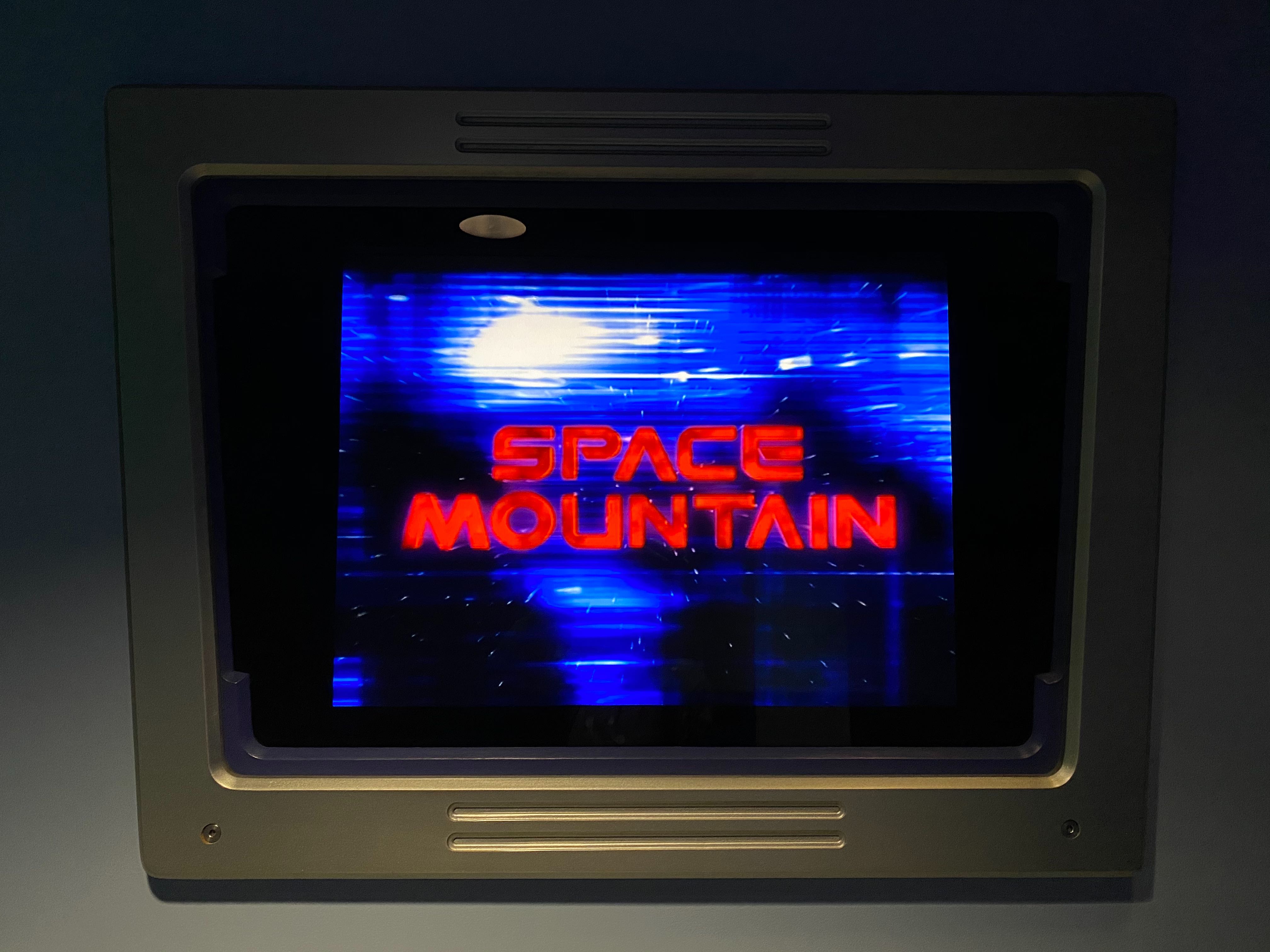 Our reporter noted that it wasn’t that crowded, but it was a Tuesday night, which may be a factor. 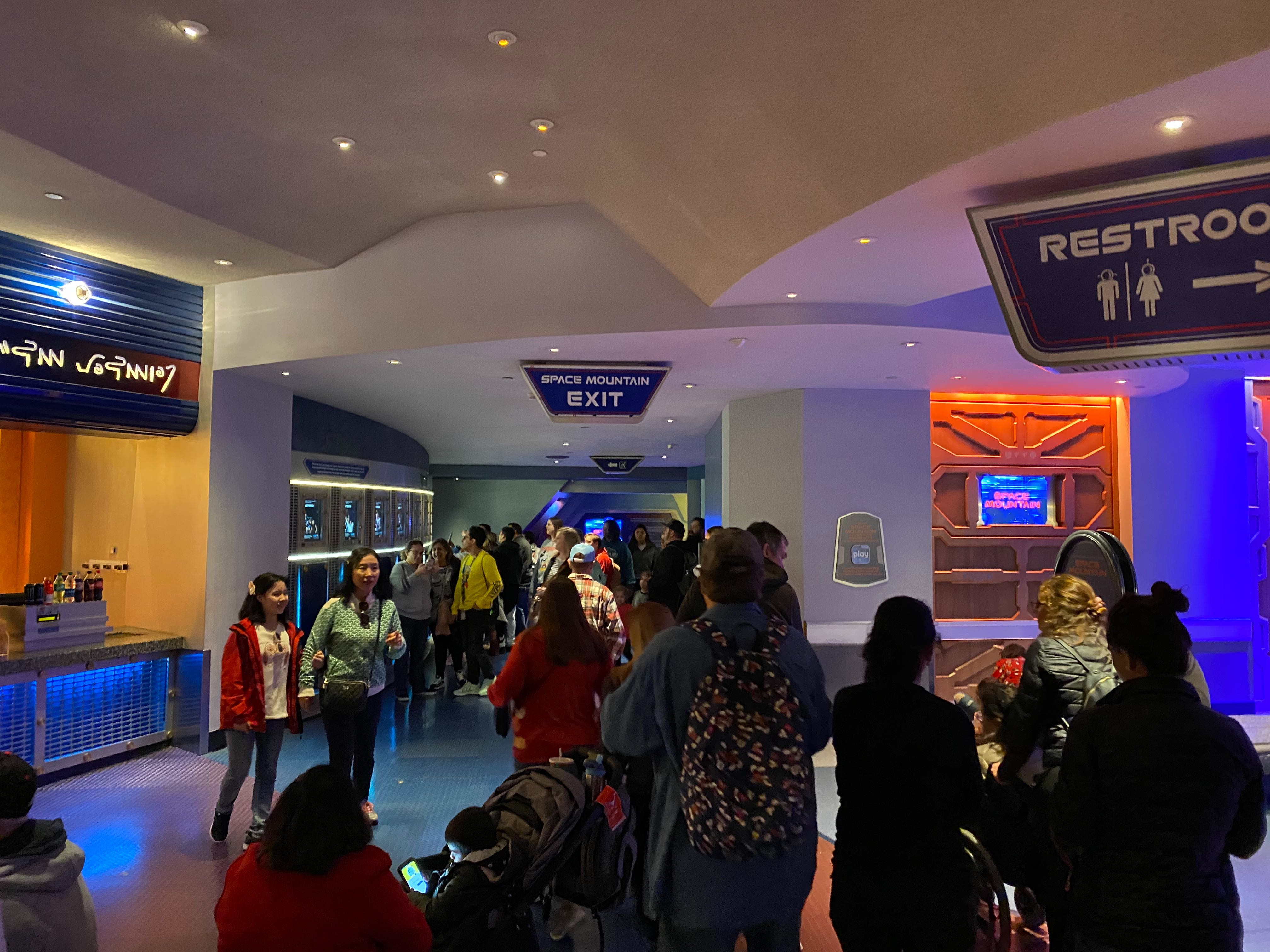 Guests are returning from their trip around the cosmos (set to Michael Giacchino’s score) to view their photos. 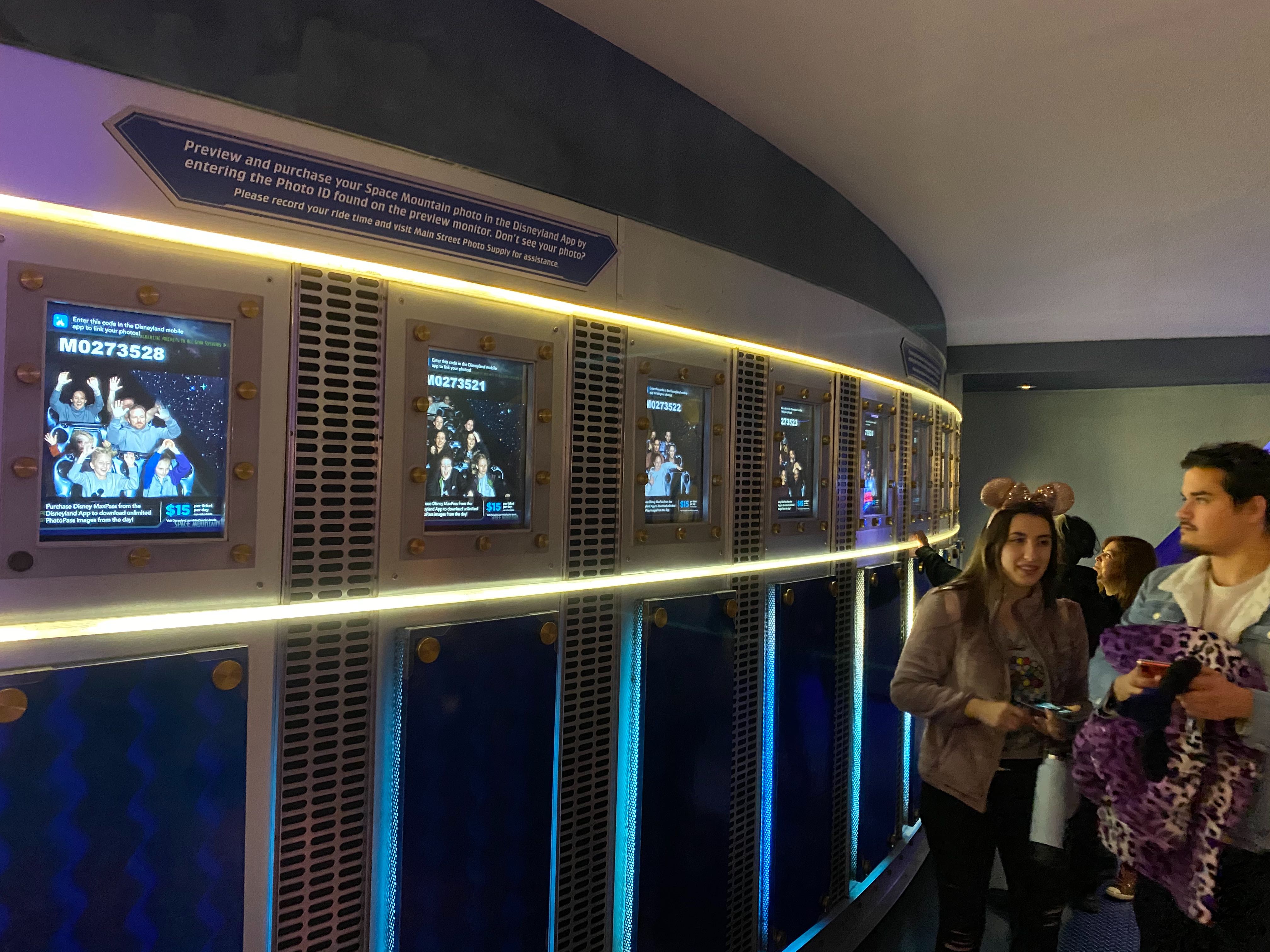 Hyperspace Mountain opened for a limited run back on May 4th, but its run was extended several times as excitement for the opening of Star Wars: Galaxy’s Edge kept building. Now, the classic version of the attraction is back, and guests are “go for launch” once more. 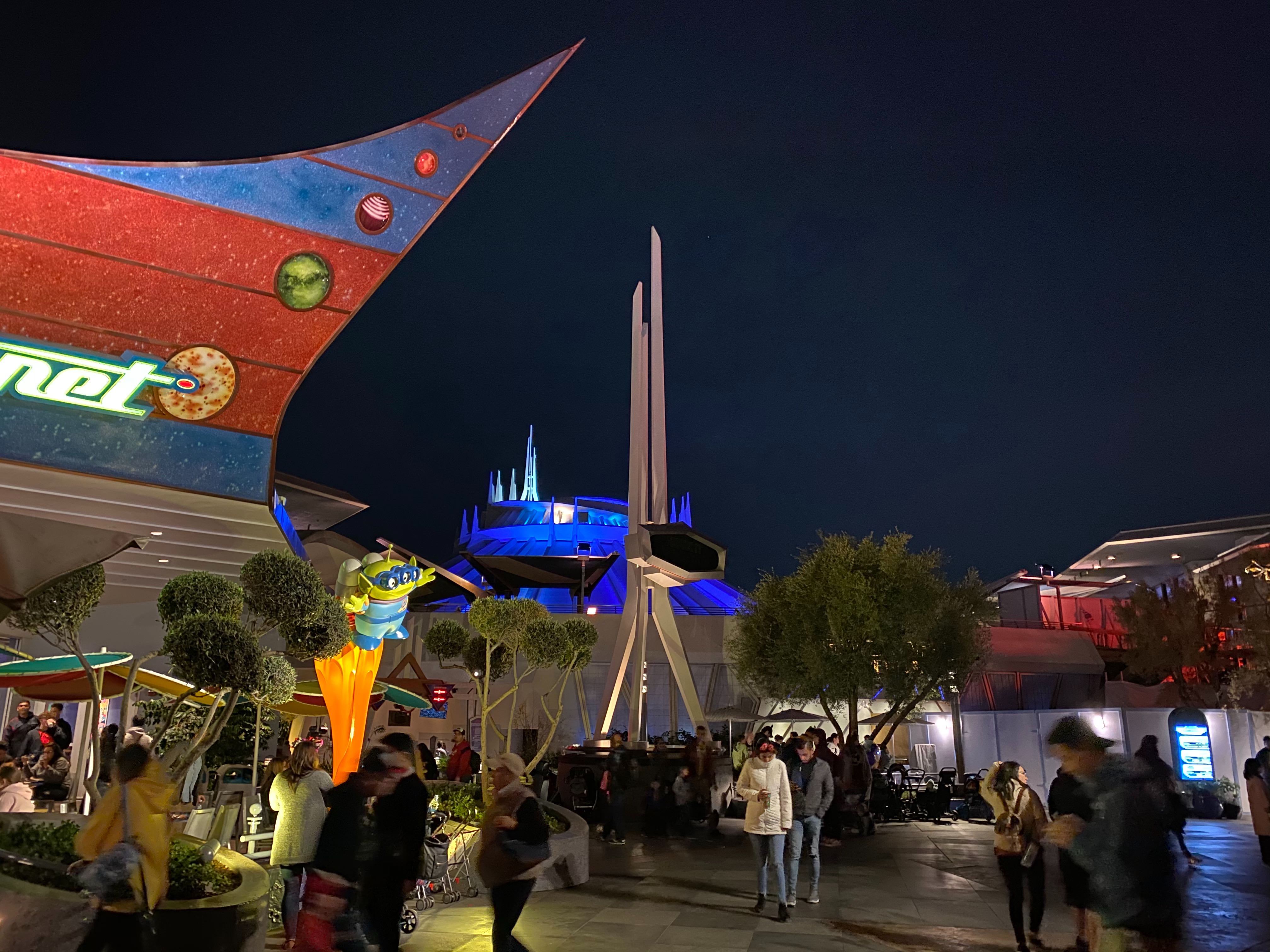 Keep reading WDWNT for updates on everything happening at the Disneyland Resort!

Hyperspace Mountain Returns to Disneyland for May the 4th Celebrations