With just a few weeks left until the grand opening of Mickey and Minnie’s Runaway Railway at Disney’s Hollywood Studios, Walt Disney World President Josh D’Amaro has taken to social media to show us the latest progress on the attraction. In a new post on his Instagram, we get a rare glimpse inside the new loading area, which is staged inside a train barn. 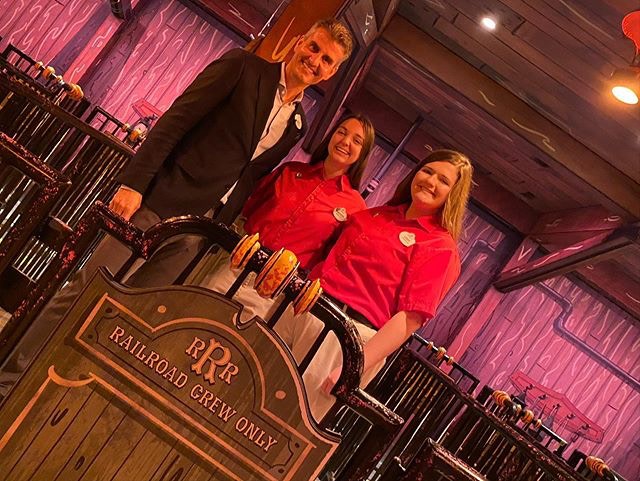 In the photo, we see all of the weathered railings in place for loading guests to enter Goofy’s train. Much like the Great Movie Ride that preceded it, there are a number of pre-show experiences before guests load the trains. After wandering through the initial exterior and interior queue, things start to change where the large pre-show theater showing classic movie trailers once stood, just before guests would board their “journey into the movies”. This large room has been broken down into two identical pre-show movie theaters where guests will be going to see this new Mickey Mouse cartoon about the trio (including Minnie and Pluto) heading to the park for a picnic, with the screen ultimately opening up and guests walking through it to this load area of the attraction.

This is technically our second look at the platform, since we saw some of it back during the special sneak peek that aired on the Disney Channel in early December. The entire train barn space is covered in cartoony printed wood, with beams and pipes jutting out from the ceiling. 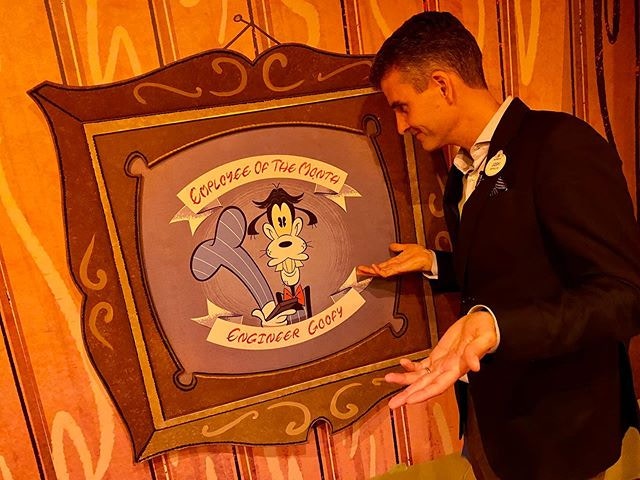 Artwork on the walls displays a zany-looking Engineer Goofy, who’s no less than the Employee of the Month at the Runnamuck Railroad. 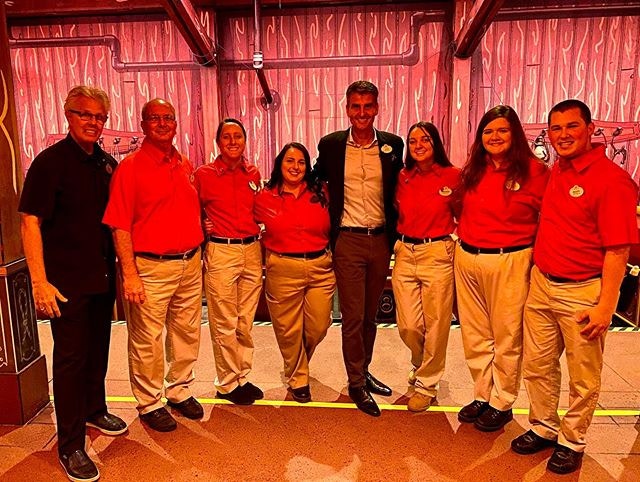 Here we see some of the train engineers in training as they stand by the unload area, where guests disembark and go back through a movie screen in a new post-show theater, to eventually exit out the same exit doors as The Great Movie Ride. It’s likely that these are not their finalized Cast Member costumes, but we’ll surely get a sneak peek of those soon enough.

Mickey and Minnie’s Runaway Railway opens March 4th, 2020 at Disney’s Hollywood Studios and in 2022 at Disneyland Park. If you can’t wait for either of these attractions, you can check out our full scene-by-scene walkthrough to get a better idea of what they’ll be like. Merchandise, like a toy Runnamuck Railroad ride vehicle, has been spotted in select stores throughout the parks, and new Stand-By and FastPass+ signage was also recently installed, so we’re inching closer and closer to Walt Disney World’s second-ever, state-of-the-art trackless ride.