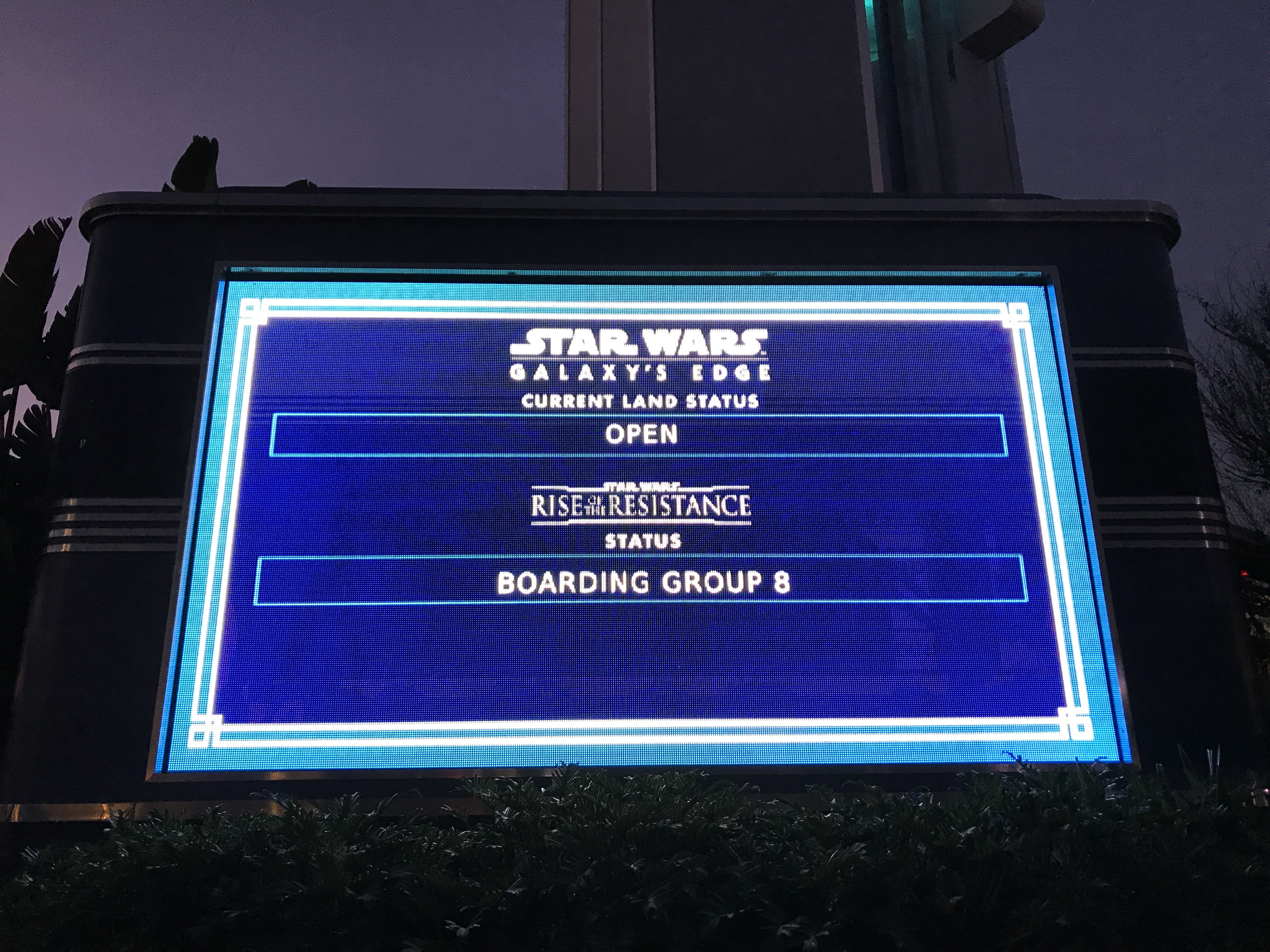 Since the opening of Star Wars: Rise of the Resistance at Disney’s Hollywood Studios, once guests secured a Boarding Group and their group was subsequently called, they had a two-hour window to return to the attraction. Now, it seems recent changes have taken place to alter the return time for Boarding Groups.

In recent dates, instances of one-hour return windows for Boarding Groups have been seen, especially after extended downtimes or delays. Guests will need to read their notification closely to know whether they’ve been assigned a one- or two-hour return window.

While many of this morning’s Boarding Groups still had a two-hour return window, it is no longer the standard, so make sure you keep a close eye on your notification so you do not miss out on your opportunity to board the attraction.

Next
PHOTOS: New Directional Signage Installed Inside The Seas with Nemo & Friends at EPCOT