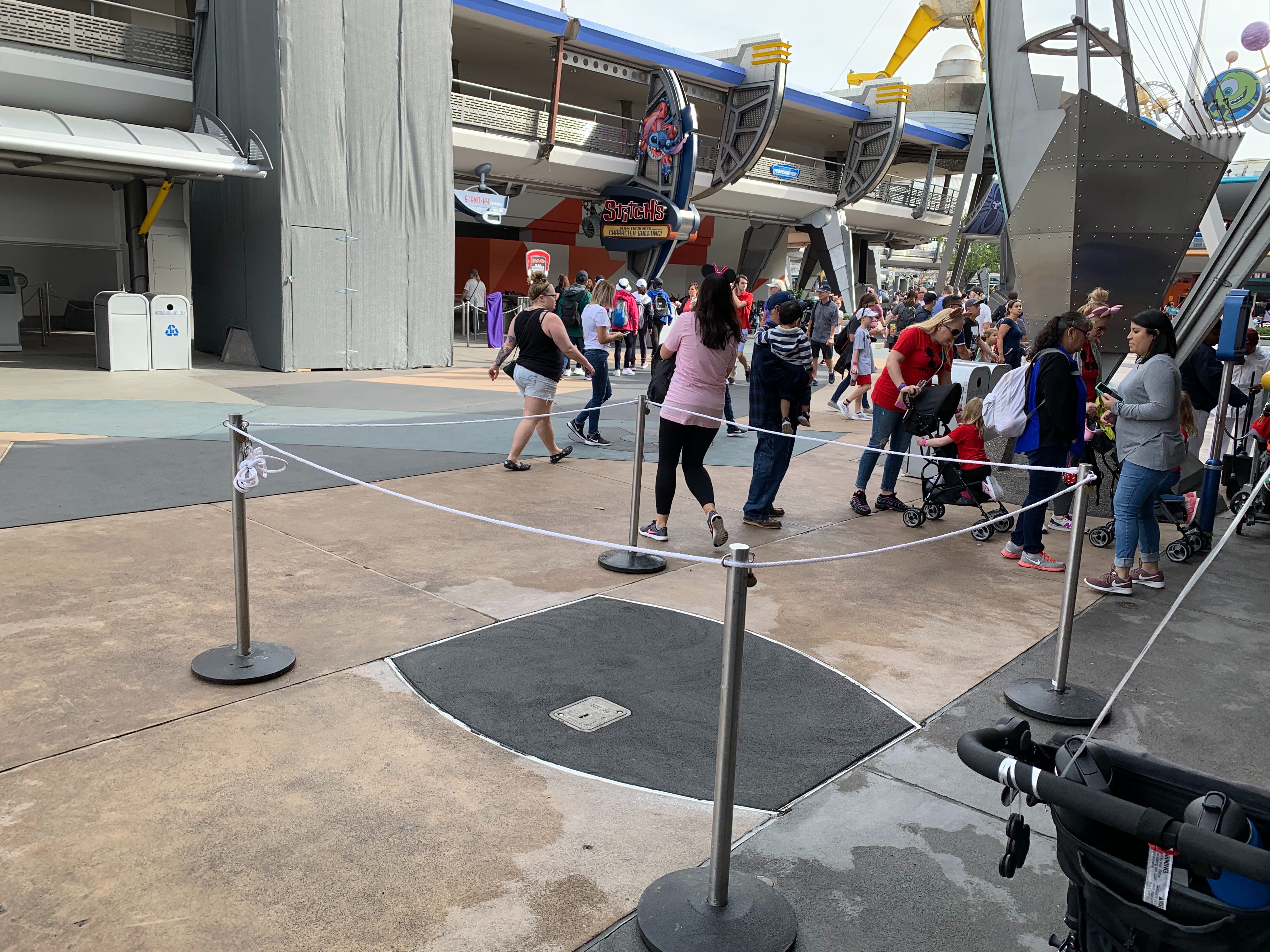 Two of the decorative light poles from the Tomorrowland refurbishment of 1994 have been removed and paved over. This change follows the trend of Disney removing the 1994 decorative accents in the land ahead of the opening of Tron Lightcycle Run. 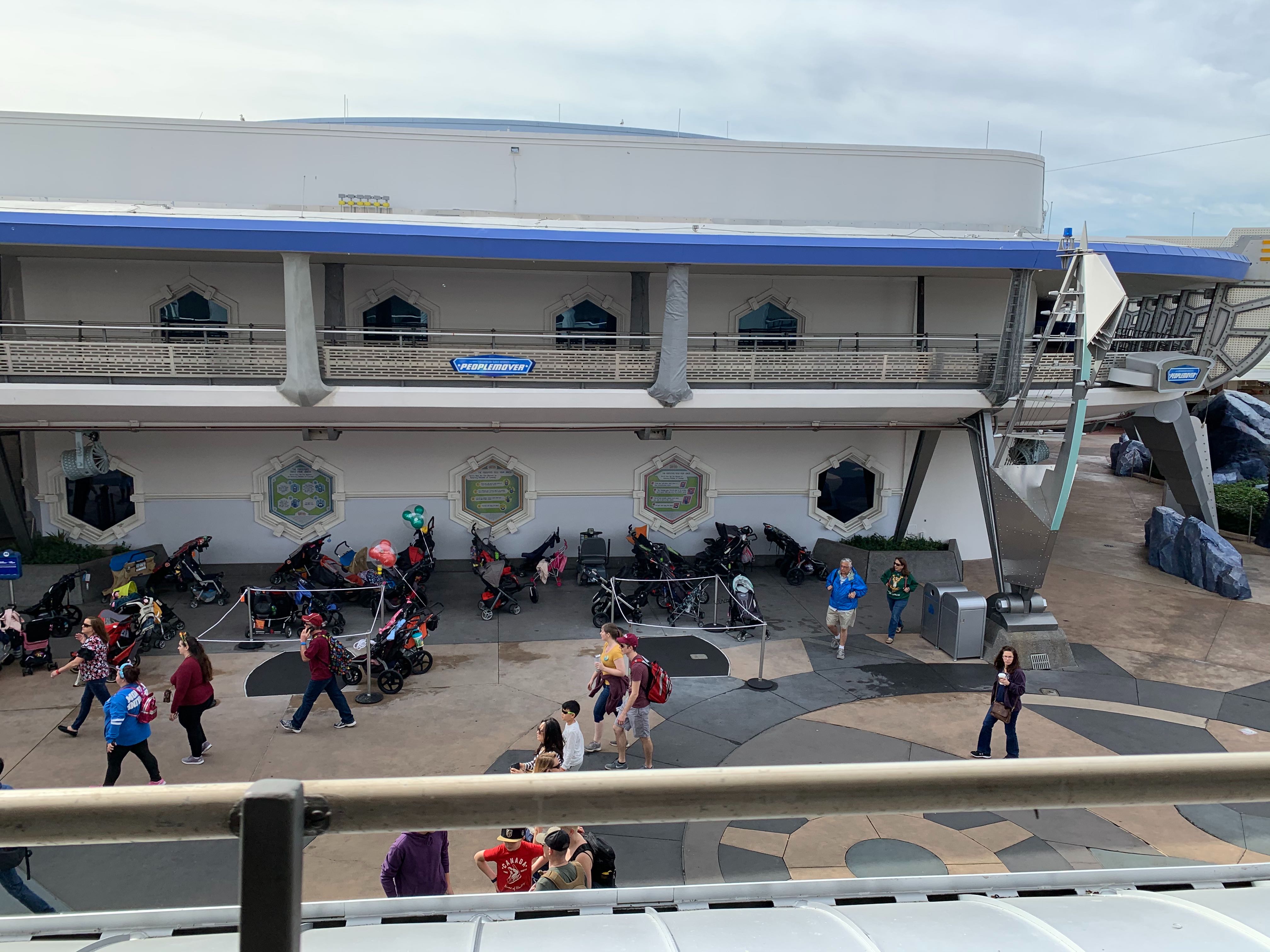 A look at the missing light poles from the Tomorrowland Transit Authority PeopleMover. 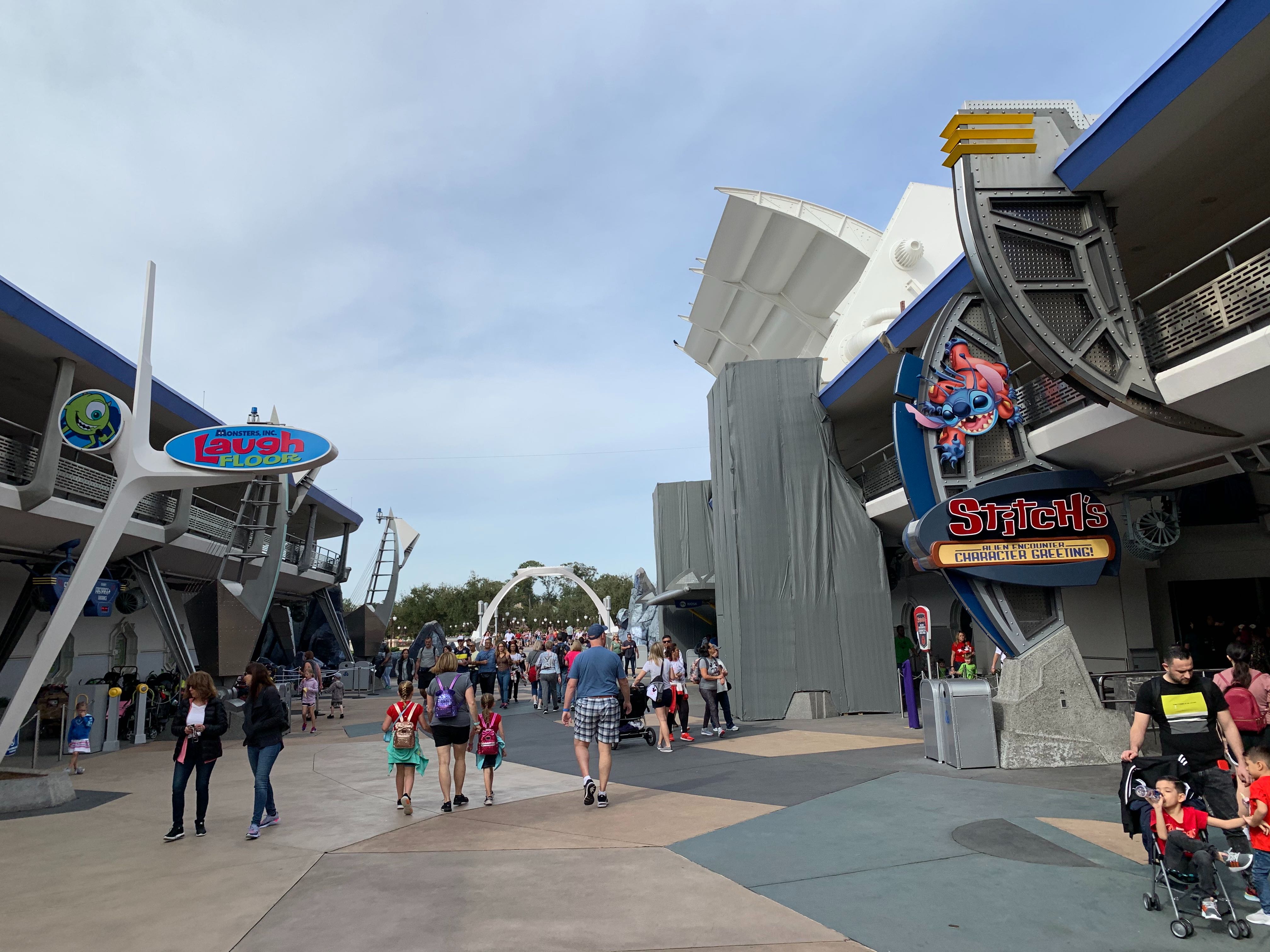 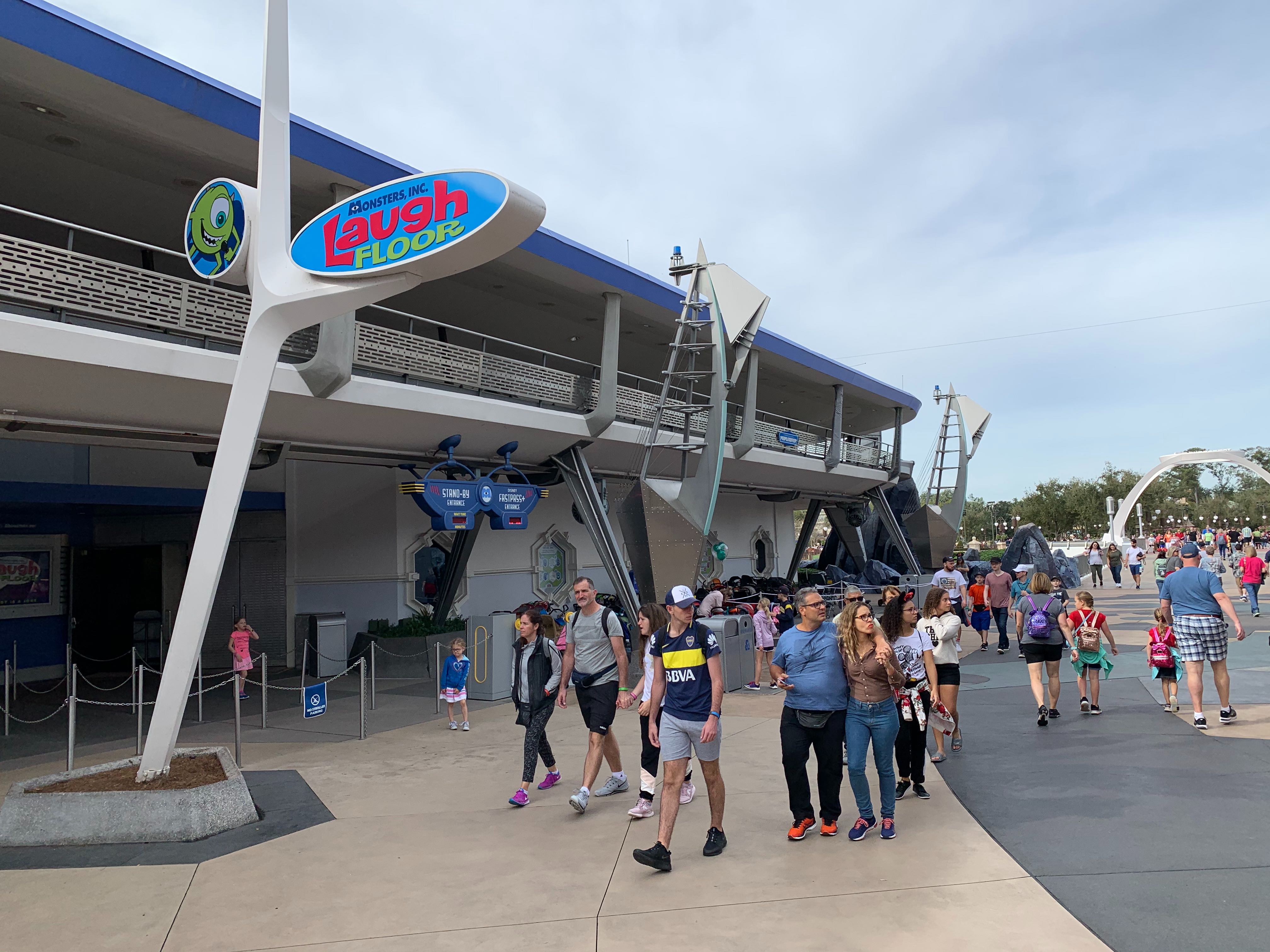 Something appears to be missing by Monsters Inc. Laugh Floor! You can see two of the four are still standing, but the middle two are gone. 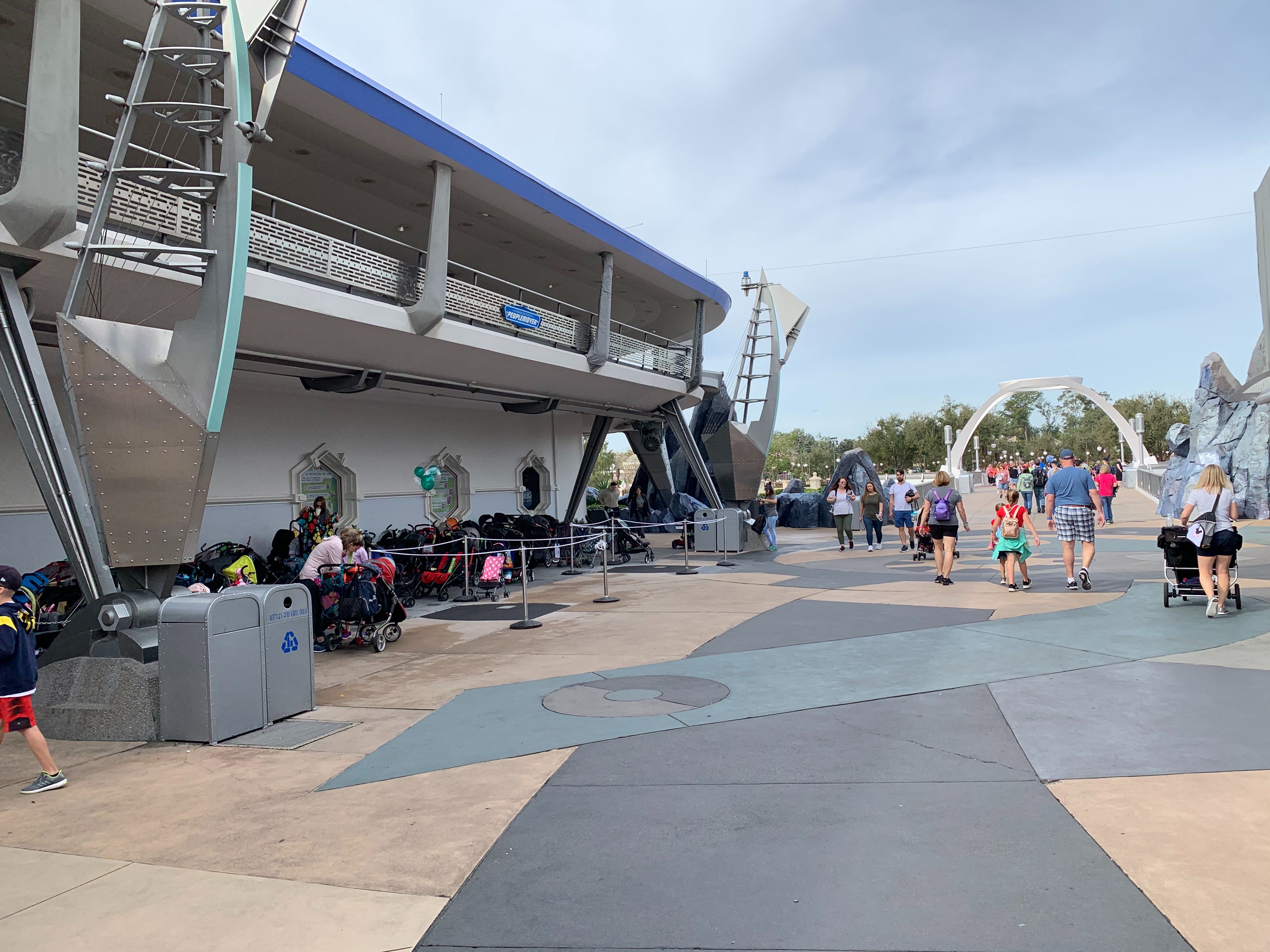 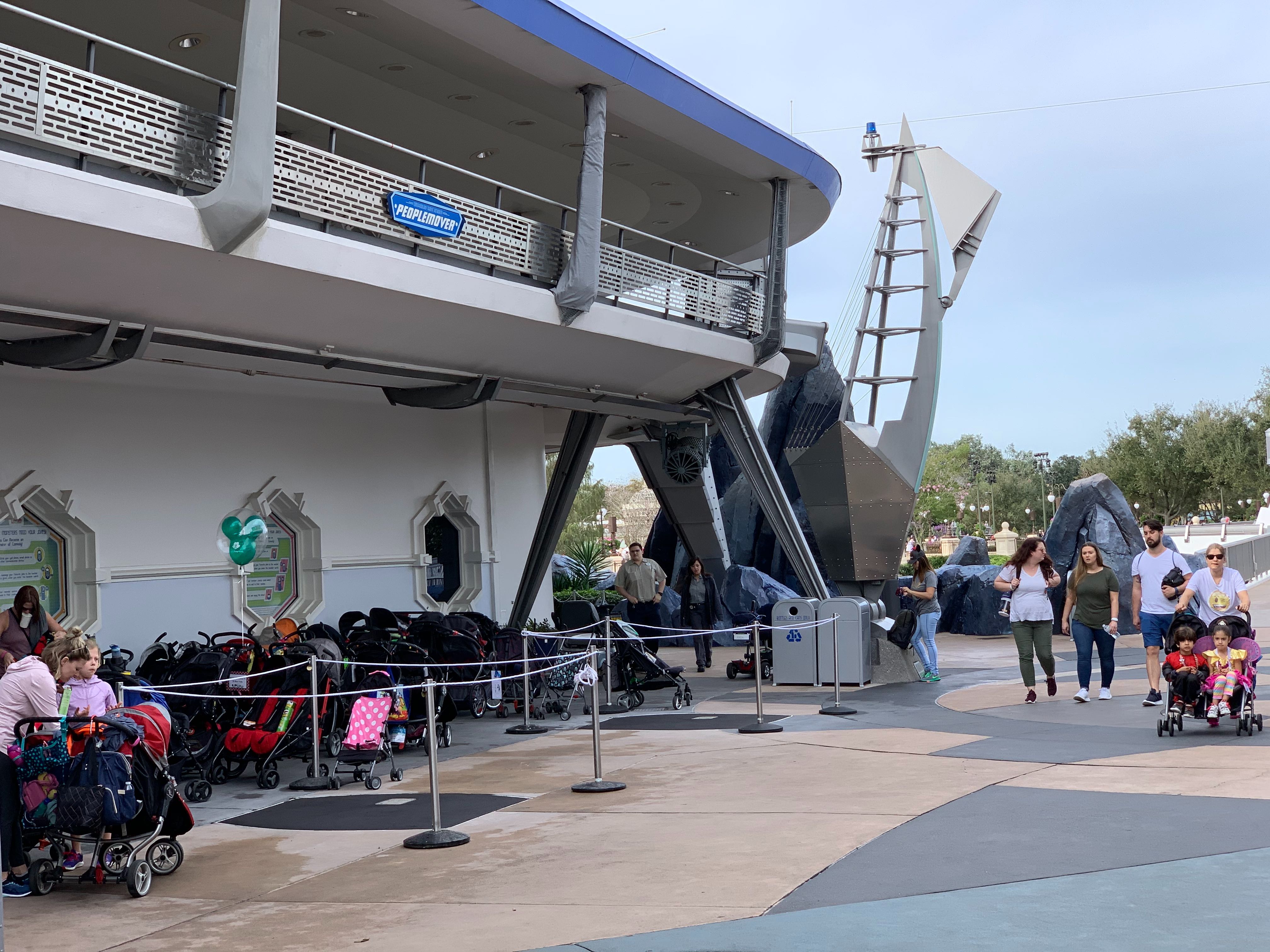 Two sections of pavements are roped off where the two large decorative light poles used to stand. You can see what the poles used to look like on the right, attached to the support pole for the PeopleMover track. 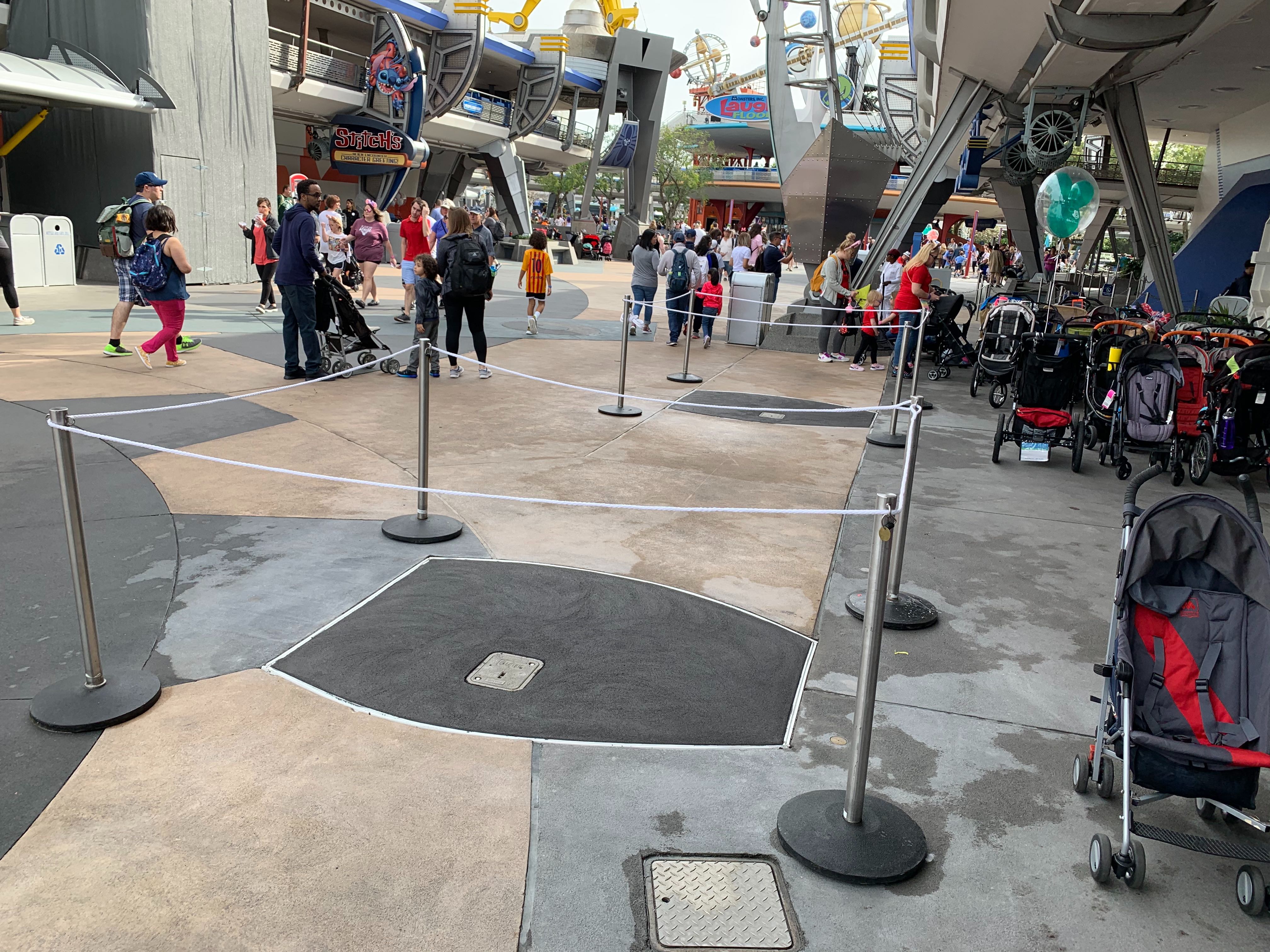 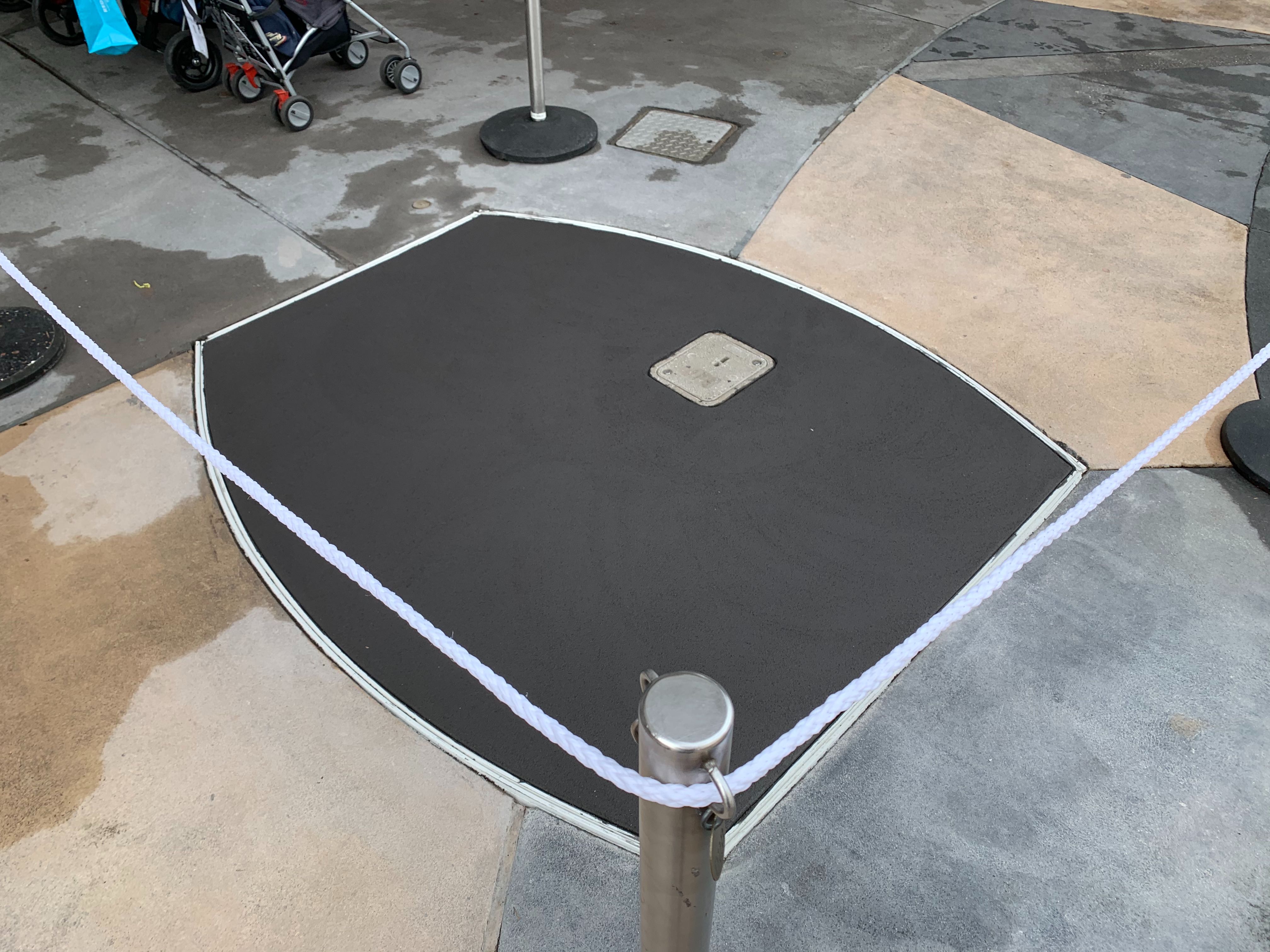 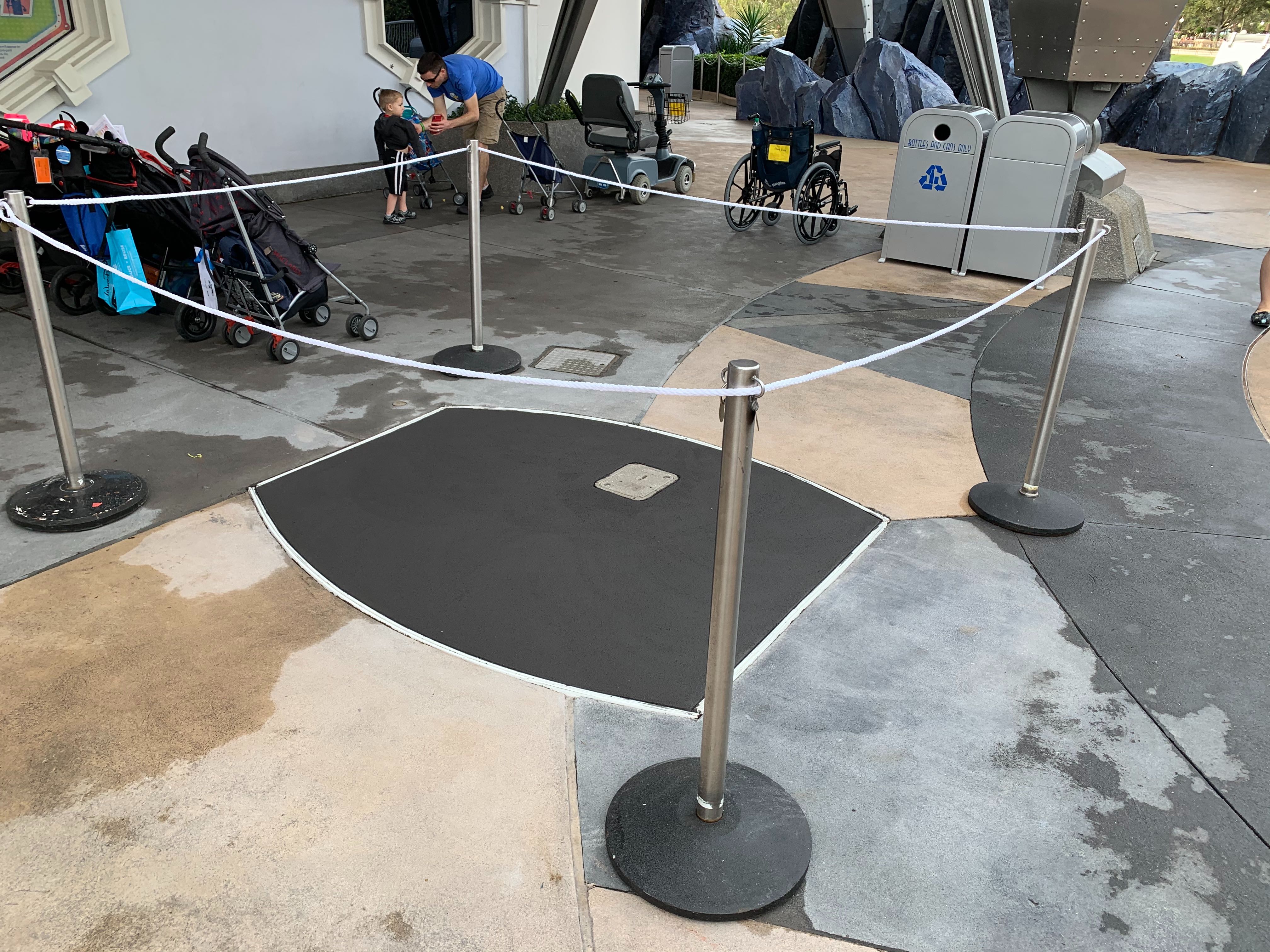 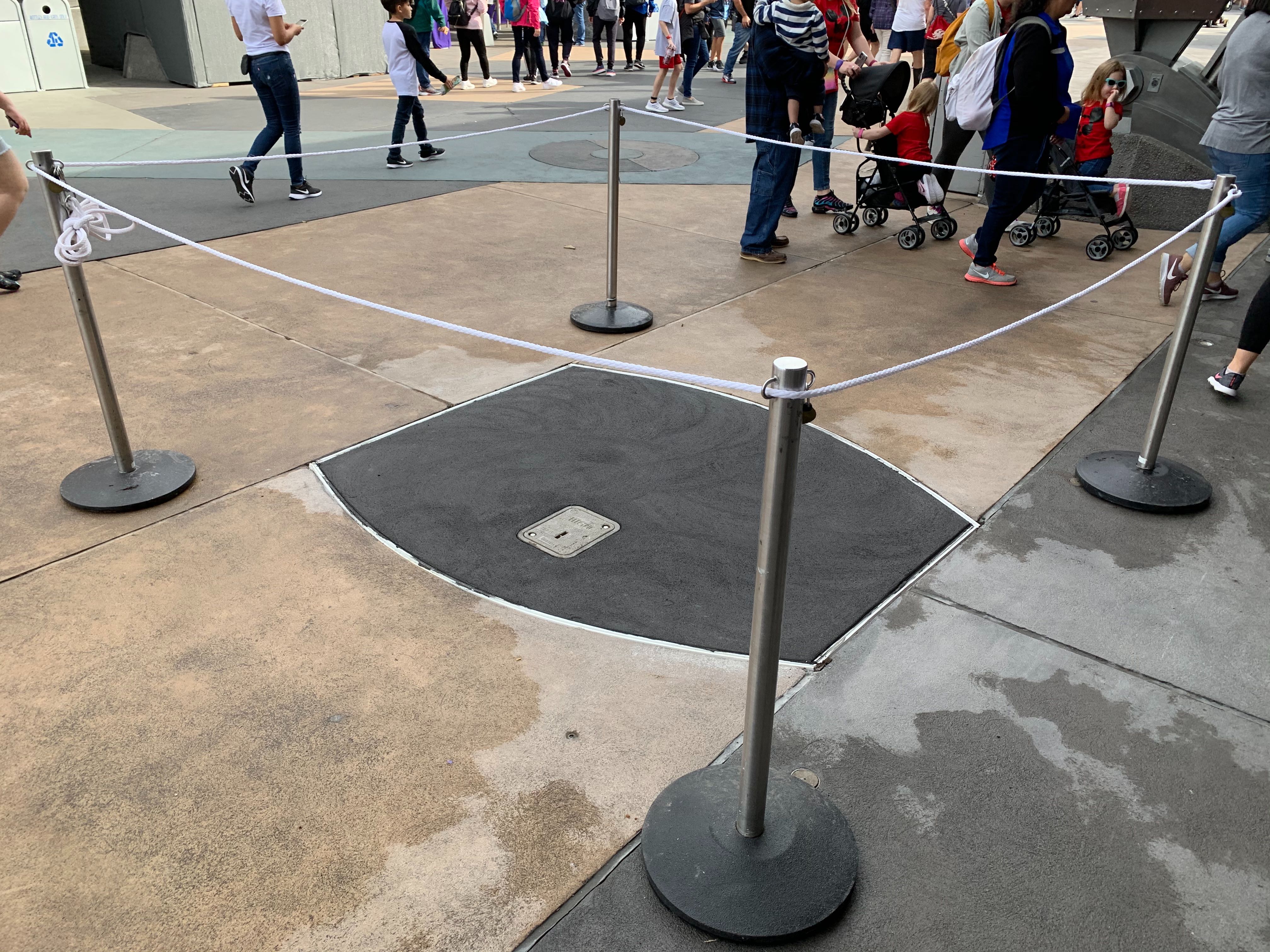 These blockades seem to be very temporary and that they are simply waiting for the pavement to dry before opening the area to guests.