When Mickey & Minnie’s Runaway Railway opens on March 4th, you’ll be passing through one of these doors (depending on whether you have a FastPass or not), and despite being billed as an attraction there “mouse rules apply”, some protocol must be adhered to, especially when it comes to using the restroom. Thankfully, Disney is implementing one of its tried-and-true methods of making sure families stay together while keeping their place in line in case they need to make a trip from Potatoland to Toiletland. 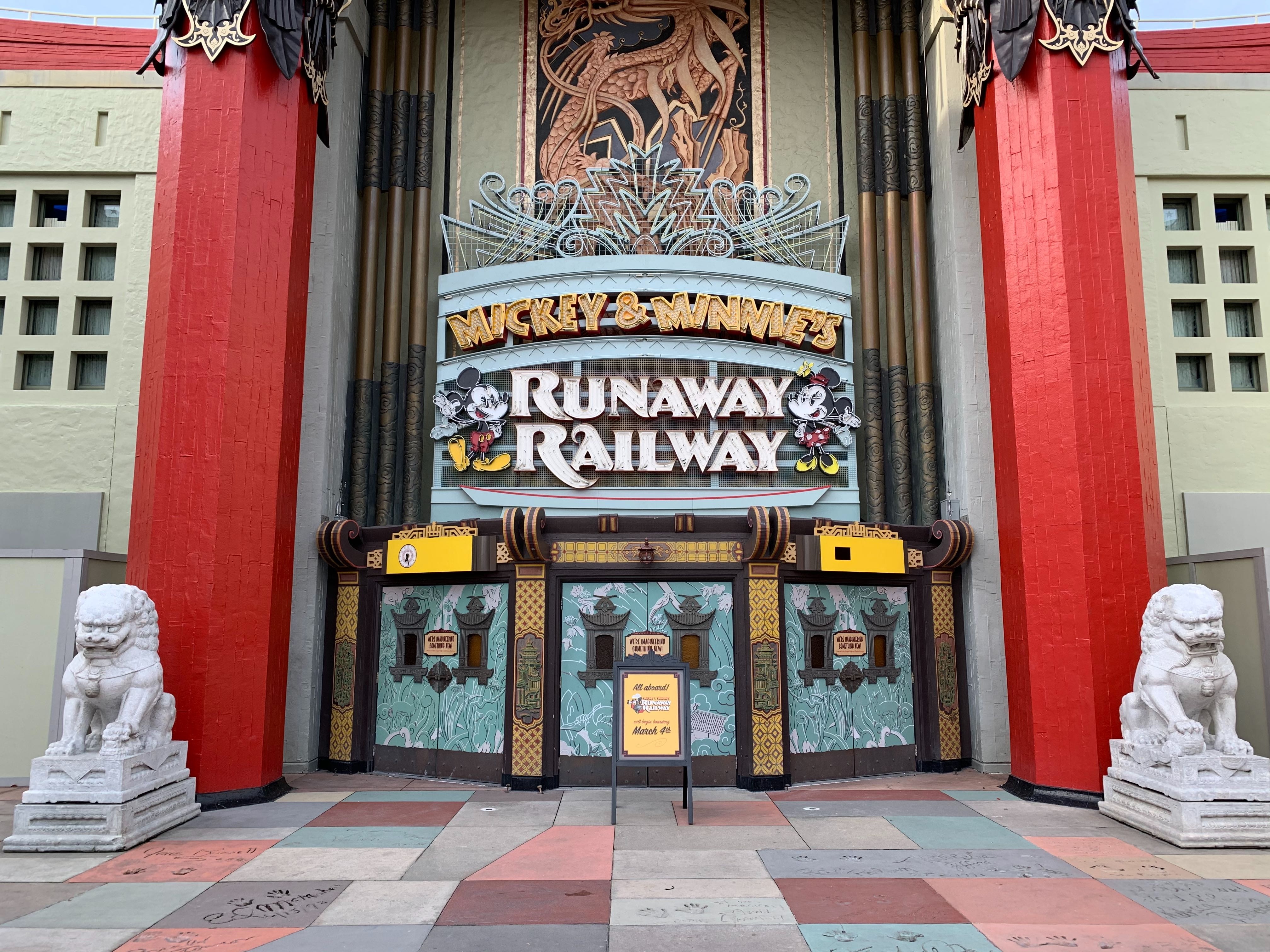 Once open to guests, Mickey & Minnie’s Runway Railway will offer a “Queue Reentry Pass” for guests that need to leave the line and head to the nearby restrooms, located at the Hyperion Theater (where the “Frozen” Sing-Along takes place.)

If this sounds familiar, it’s because a similar pass has been used for years inside Avatar Flight of Passage in Disney’s Animal Kingdom, due to exceedingly long wait times. As the park’s first-ever Mickey ride and Walt Disney World’s second-ever modern trackless ride, wait times for the Runaway Railway are sure to skyrocket into multi-hour territory, so pack your patience and make sure to seek out a Cast Member in case a member of your party needs to use the restroom. (You’ll be glad you did once the waterfall scene in the ride comes up.)

Will you be rope-dropping Disney’s Hollywood Studios on March 4 for the grand opening of Mickey & Minnie’s Runaway Railway? We’ll see you there!