PHOTO: Animatronic’s Hand Falls Off Mid-Show at Carousel of Progress in the Magic Kingdom

According to user ColtsMcgee on Reddit, John’s hand fell off today during a performance of Walt Disney’s Carousel of Progress. Based on the image, it appears his right hand fell off during the first scene, or the 1900’s section of the show. 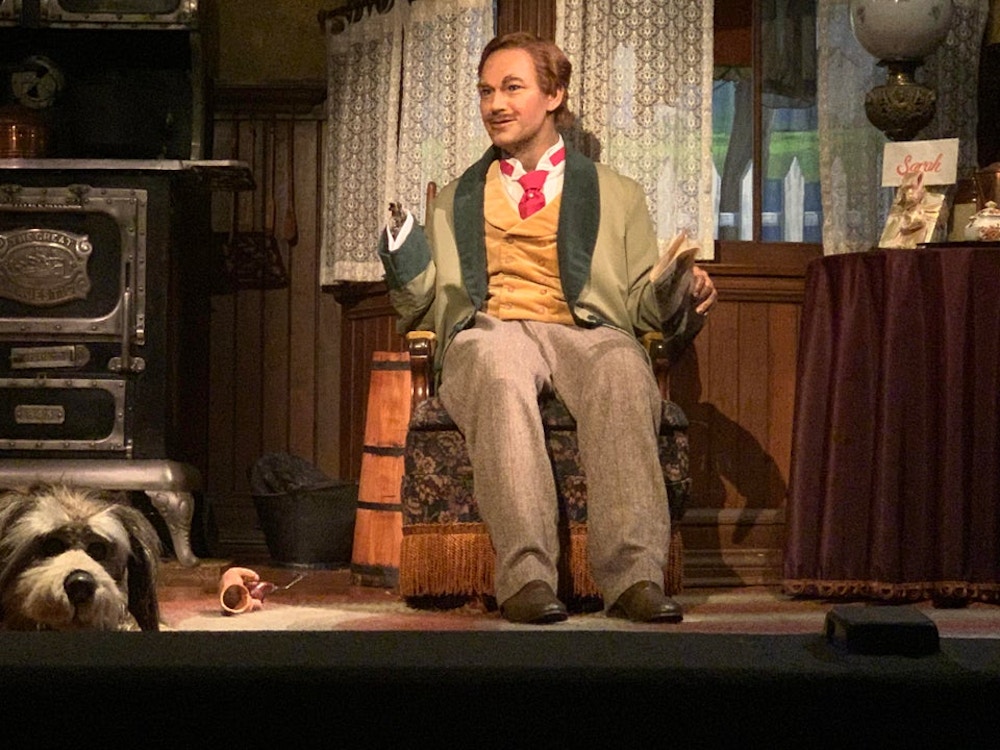 This isn’t the first incident for the Carousel of Progress in recent memory, because, in December, a guest climbed onto the stage during the same scene and touched some of the props. While all damages from that incident were repaired, many readers have messaged us since then to report on numerous issues with the attraction. For example, scenes have been running without background music, leading the audio-animatronics to sing eerily acapella.

Walt Disney’s Carousel of Progress has been long slated for a refurbishment, and we reported back in August that the attraction will have a large scale refurbishment after Walt Disney World’s 50th anniversary.