Good morning from an overcast but busy Disney’s Hollywood Studios! With temperatures predicted to top out around 85, it’s going to be a perfect park day. 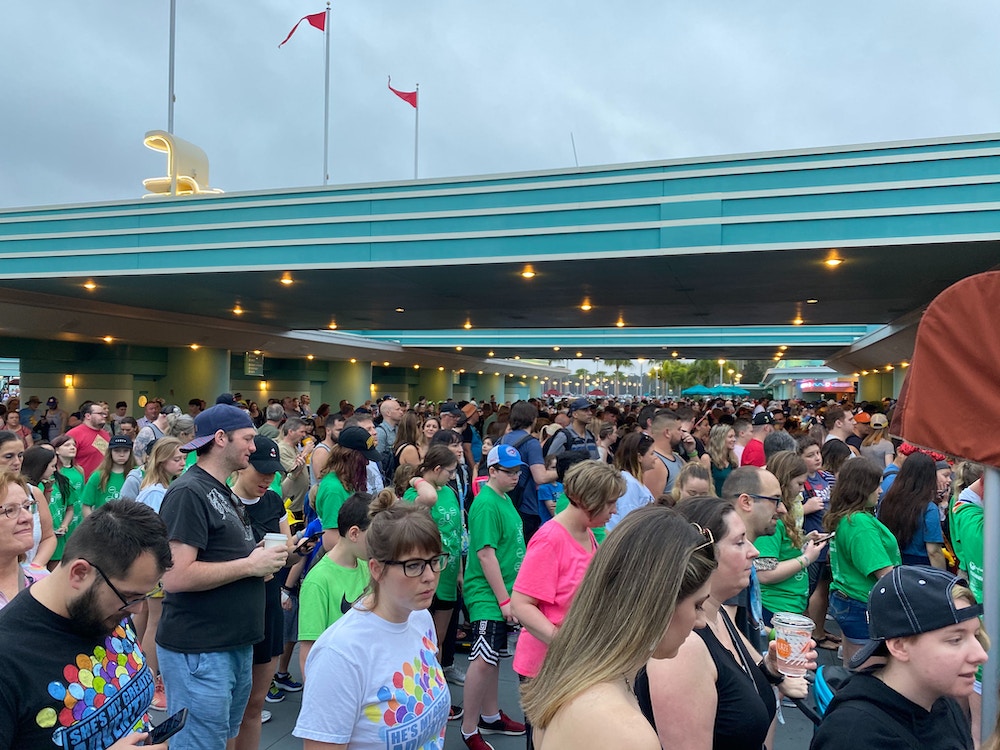 Vacation doesn’t always mean sleeping in! Everyone here is excited to experience all this out-of-this-world park has to offer. 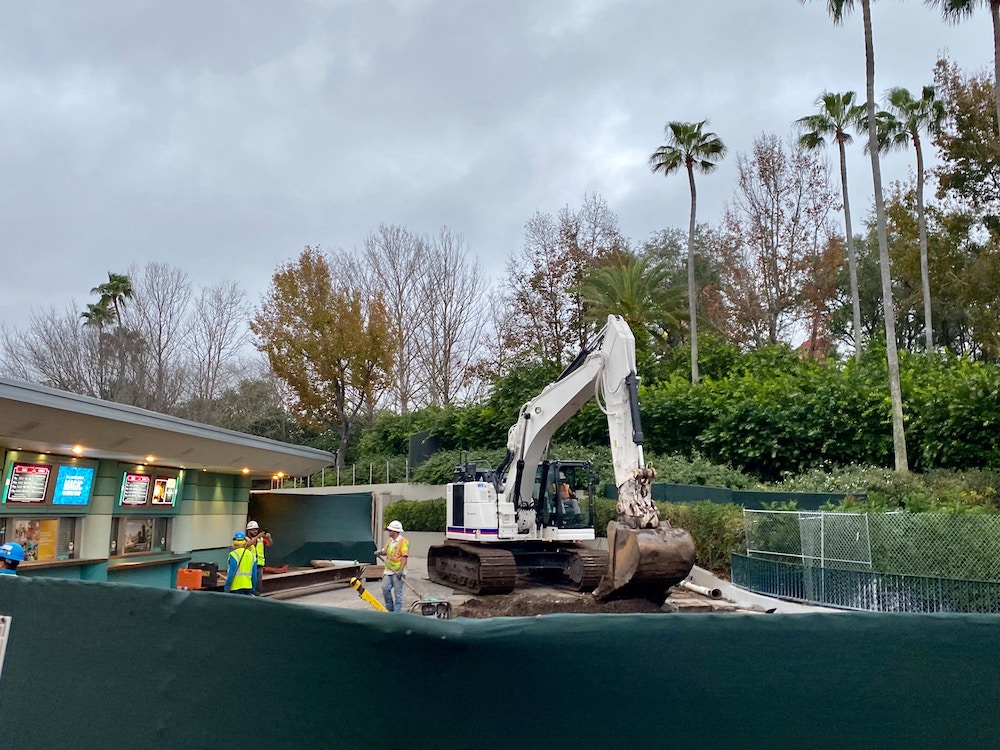 On our way into the park, we could see construction on the utilities lines actively progressing to the right of the entrance. 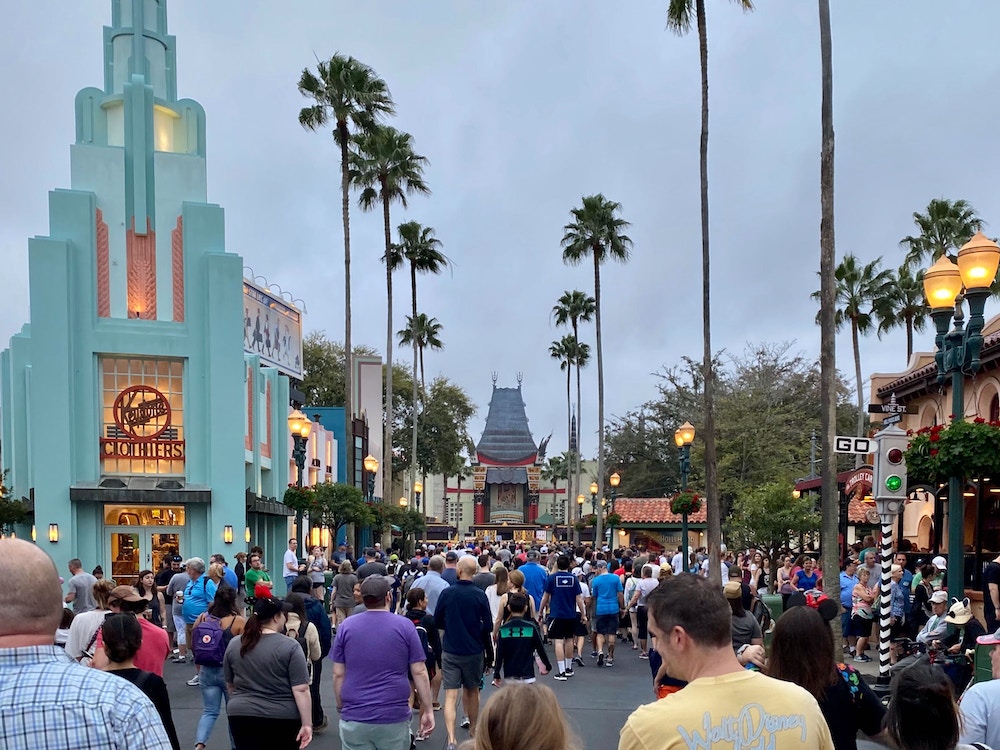 A brisk stroll towards the Chinese Theatre still shows the screens for “Star Wars: A Galaxy Far, Far Away” show in place. This show is scheduled to close on February 22, 2020. Are you sad to see it go, or are you ready for an unobstructed view of this classic park icon? Let us know in the comments! 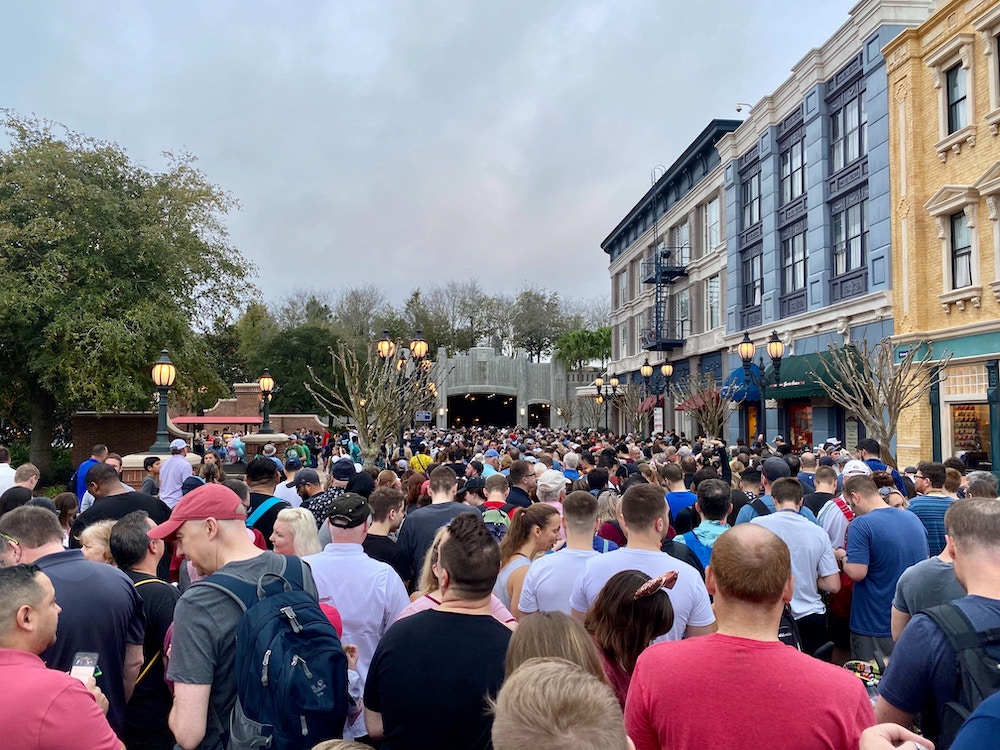 Those hoping to get an early boarding group for Rise of the Resistance or ride Millennium Falcon: Smugglers Run queue up early outside of Galaxy’s Edge. FastPasses are scheduled to be available for Smugglers Run starting on February 19, but guests have reported glitches occurring with My Disney Experience, causing their coveted headliner attraction reservations to be swapped for second tier experiences. 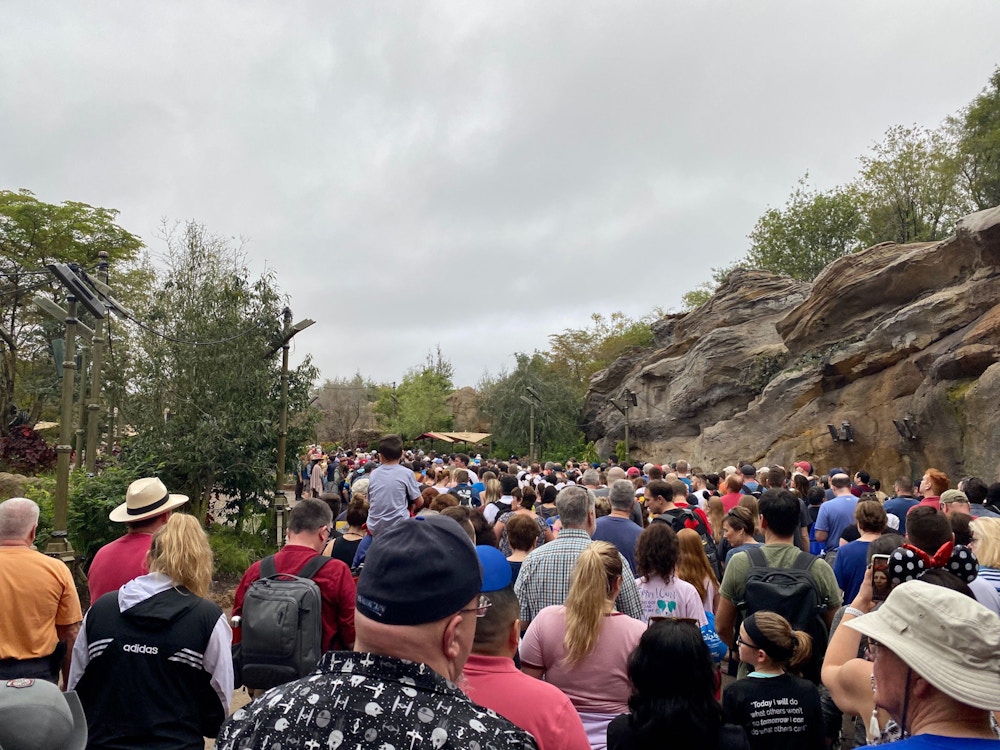 With Boarding Groups available at 8:00am and fully distributed by 8:01am, we are off to explore Black Spire Outpost! The ride did have a delayed opening, and continued to have issues throughout the day, unfortunately. We had our fingers crossed that we’d find some galactic sporks on our trip, but no luck there. 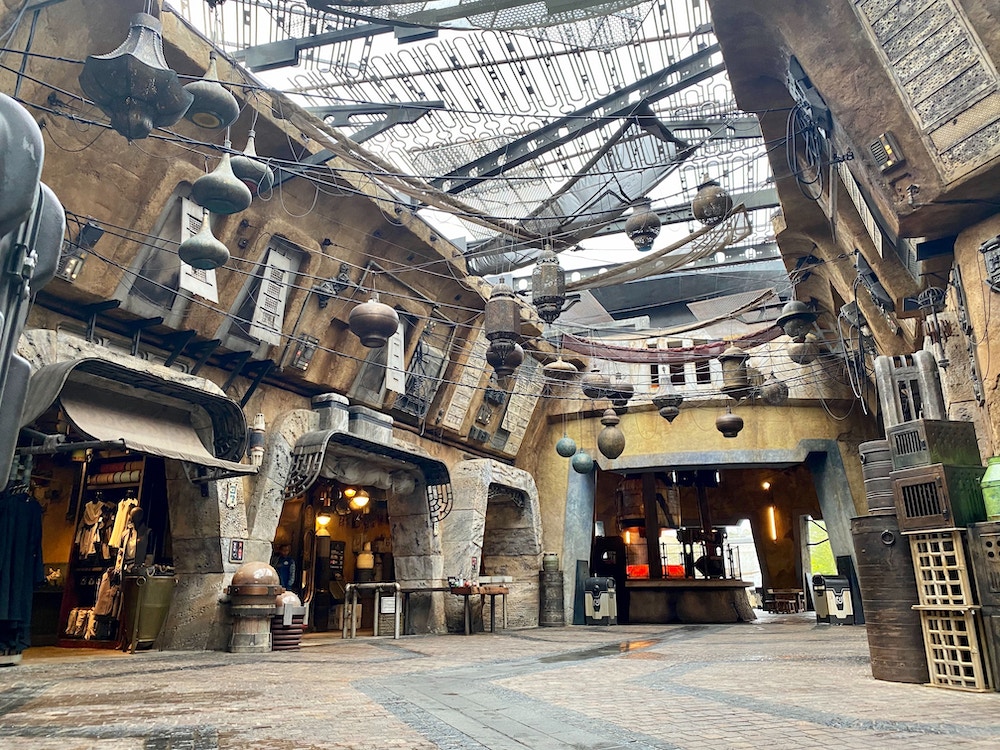 We did get to explore the empty market as the crowd rushed to ride Millennium Falcon: Smugglers Run. This space always surprises us with something new to see every time. 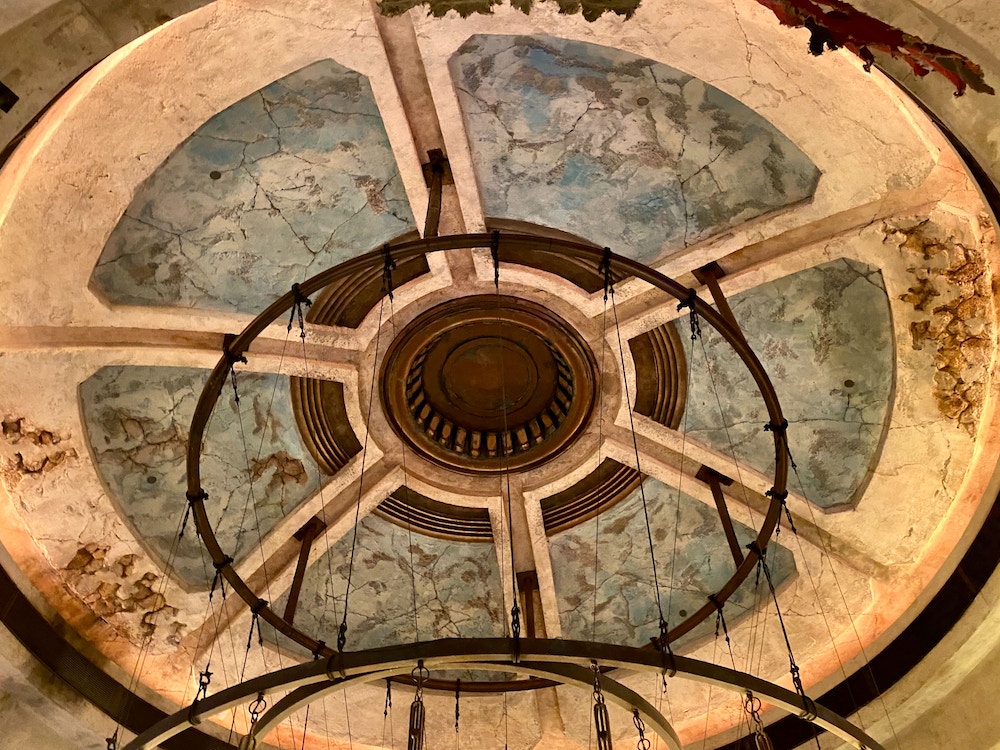 We love looking up in the parks, and taking a moment to appreciate the amazing art and detail that goes in to every inch of each space. Do you recognize this ceiling? Let us know in the comments! 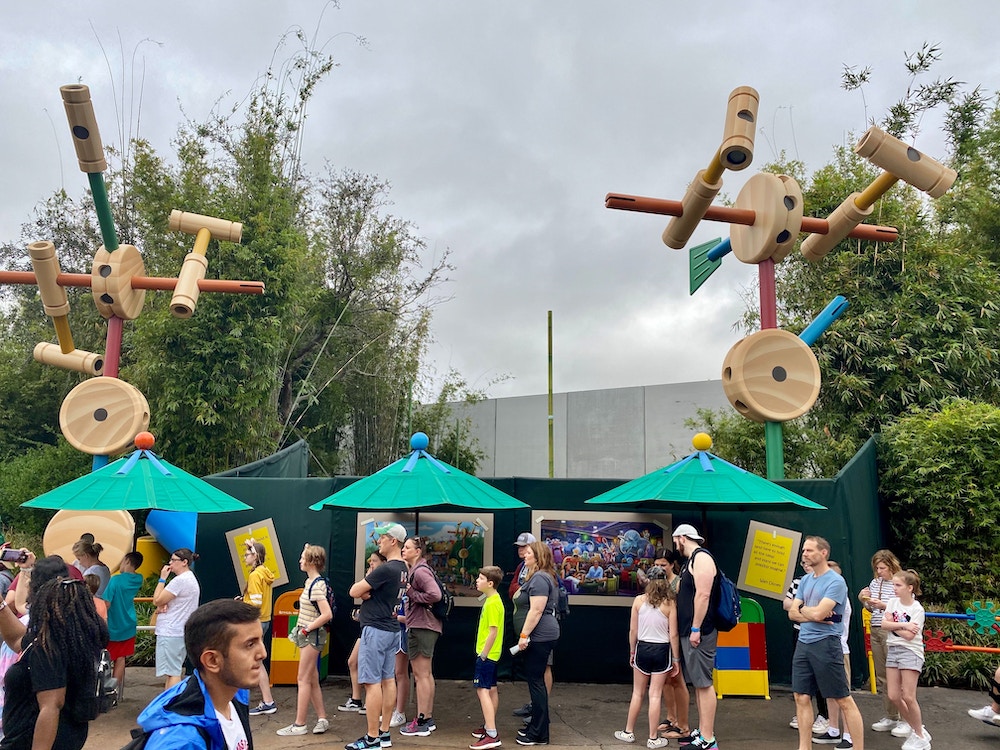 After leaving Galaxy’s Edge, we walked through Toy Story Land hoping to see some new work on the entrance to Roundup Rodeo BBQ, but we were disappointed again. With Regal Eagle Smokehouse: Crafts Drafts & Barbecue seemingly days away from opening, we are super excited to have not one, but two delicious in-park BBQ restaurants. 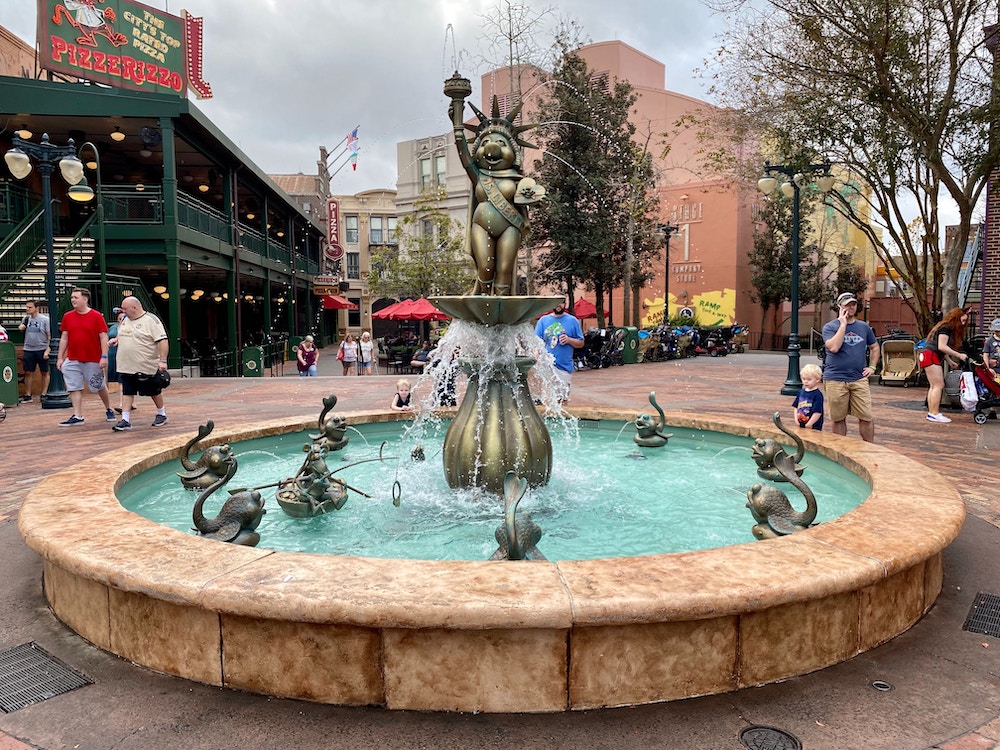 It was a big day for the Muppets at Disney’s Hollywood Studios today. First the fishing rats have returned to the fountain featuring Miss Piggy outside of MuppetVision 3D. 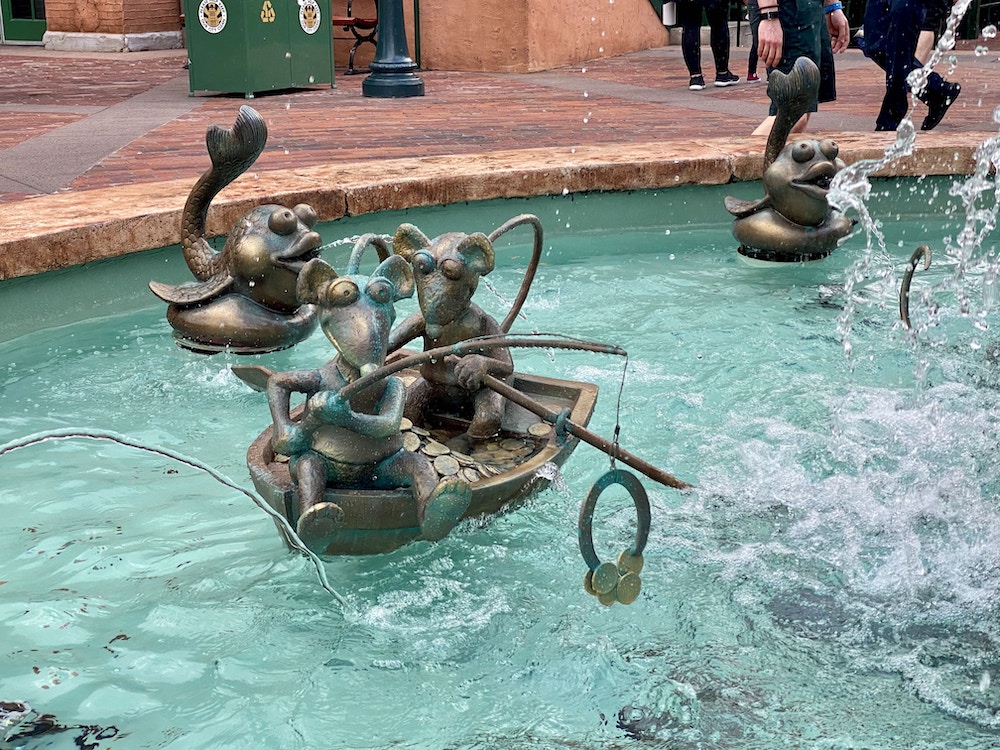 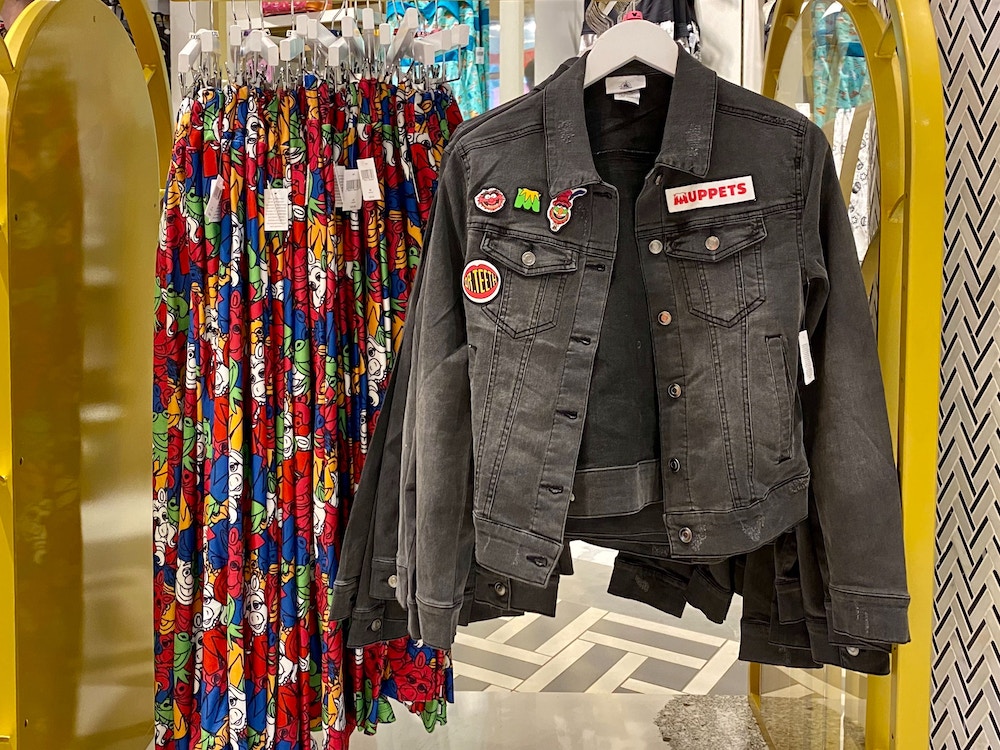 Next, there was some new apparel featuring the Muppets crew. 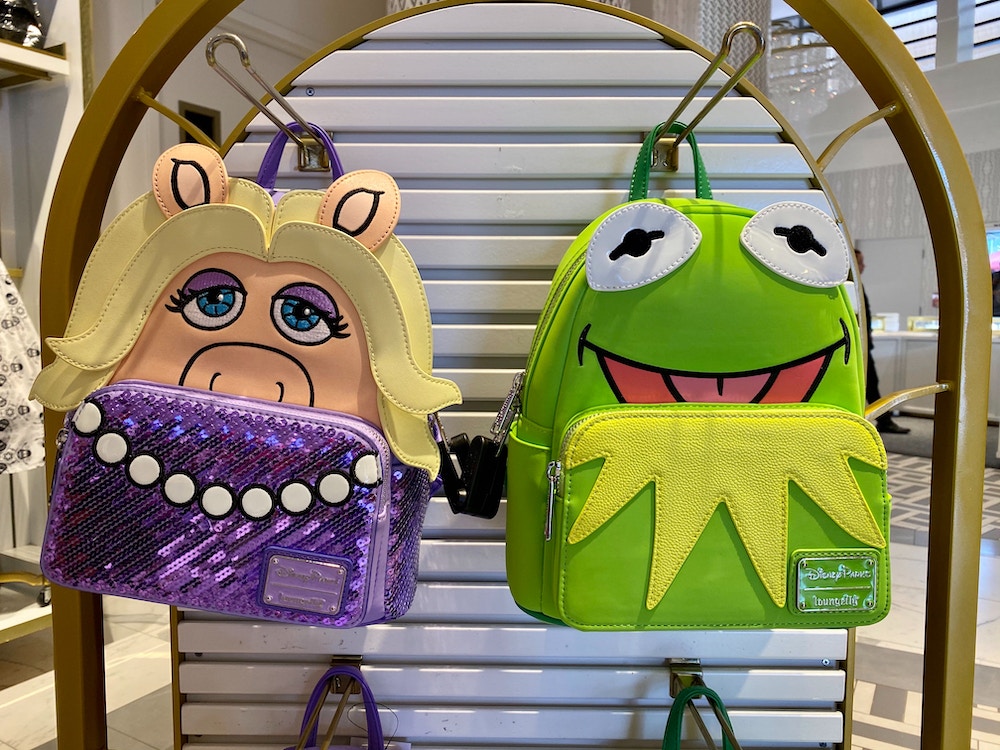 And finally, the cherry on top were these new mini backpacks from Loungefly featuring the power couple themselves, Kermit and Miss Piggy.

We had such a great day at Disney’s Hollywood Studios. What’s your favorite thing to do in this park?