Bright Suns, travelers! It was a chilly day today at Disney’s Hollywood Studios. Let’s take a look around! 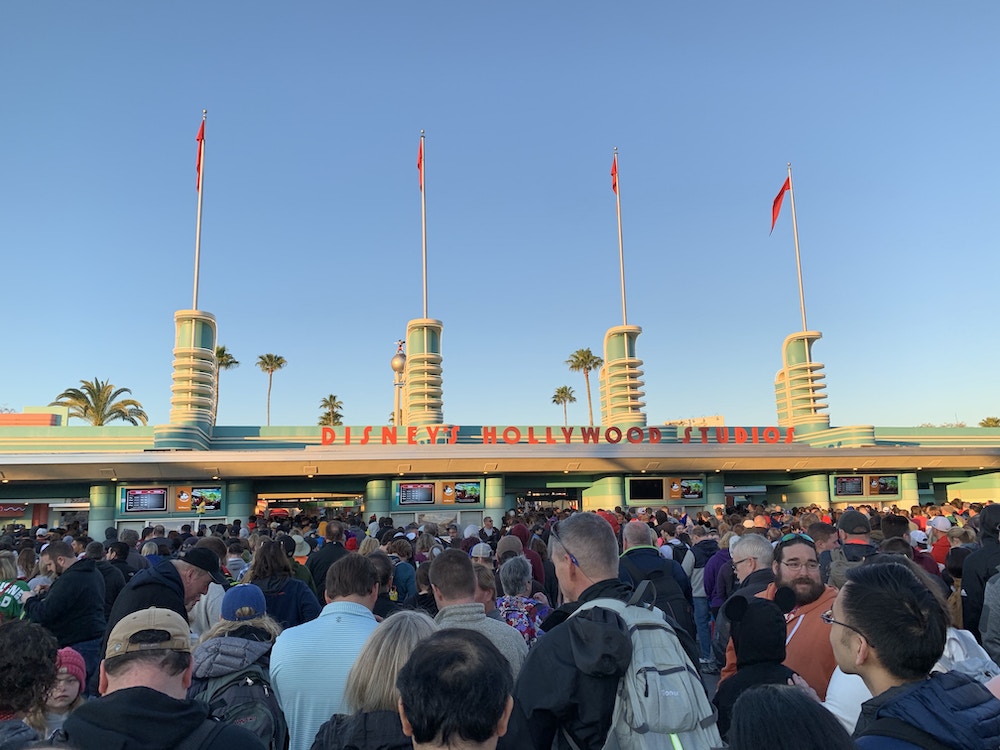 The cold sure didn’t stop any guests today from trying their luck at Boarding Group roulette. 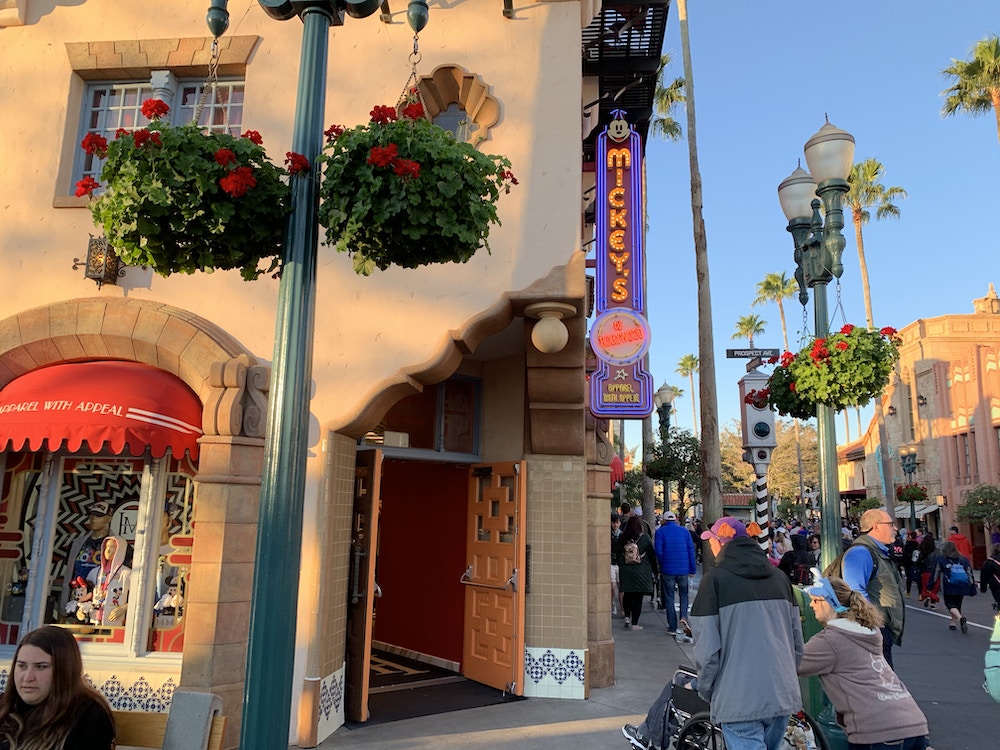 Luckily, Mickey’s of Hollywood was open this morning to grant us some reprieve from the cold. 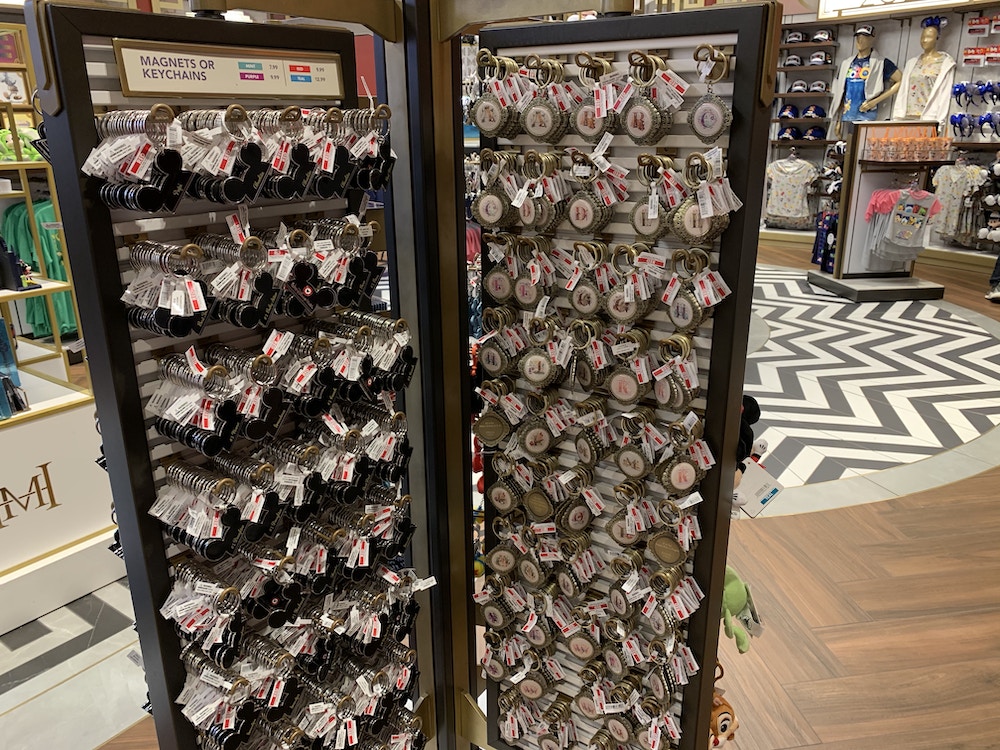 The new “ABCDisney Letters” keychains have arrived here too, but the letter “I” is still mysteriously absent from the keychain collection. It is, however, available in mug form. 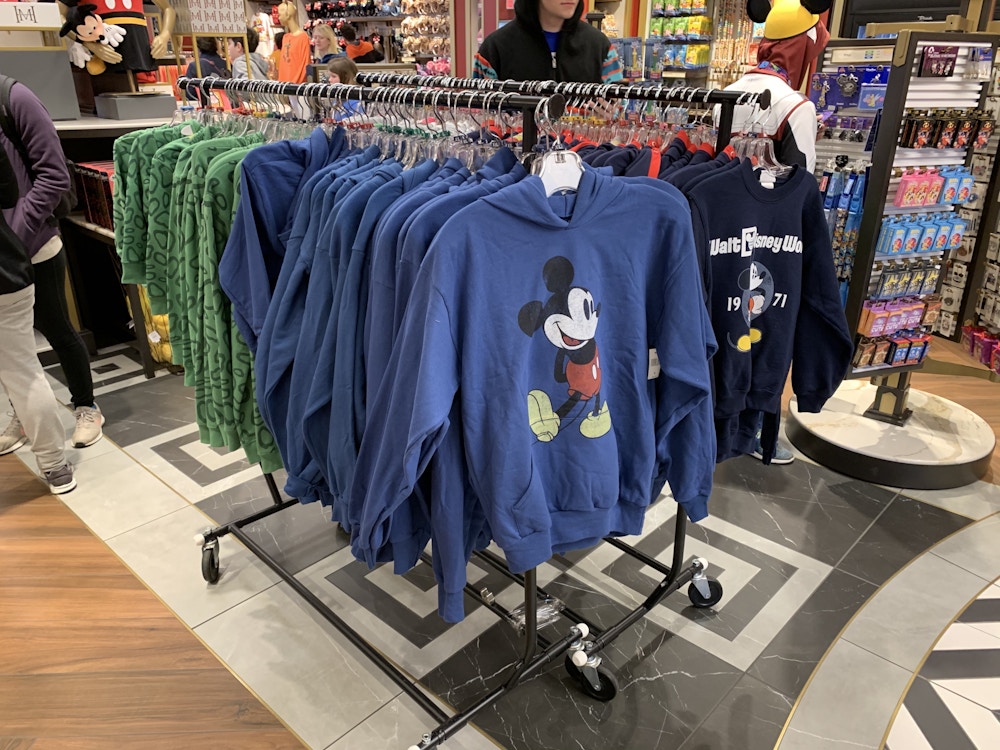 One things you’re sure to find at any Disney park on a cold day: lots of merchandise to help warm you up. These racks of sweaters appeared in almost every store throughout the park today. 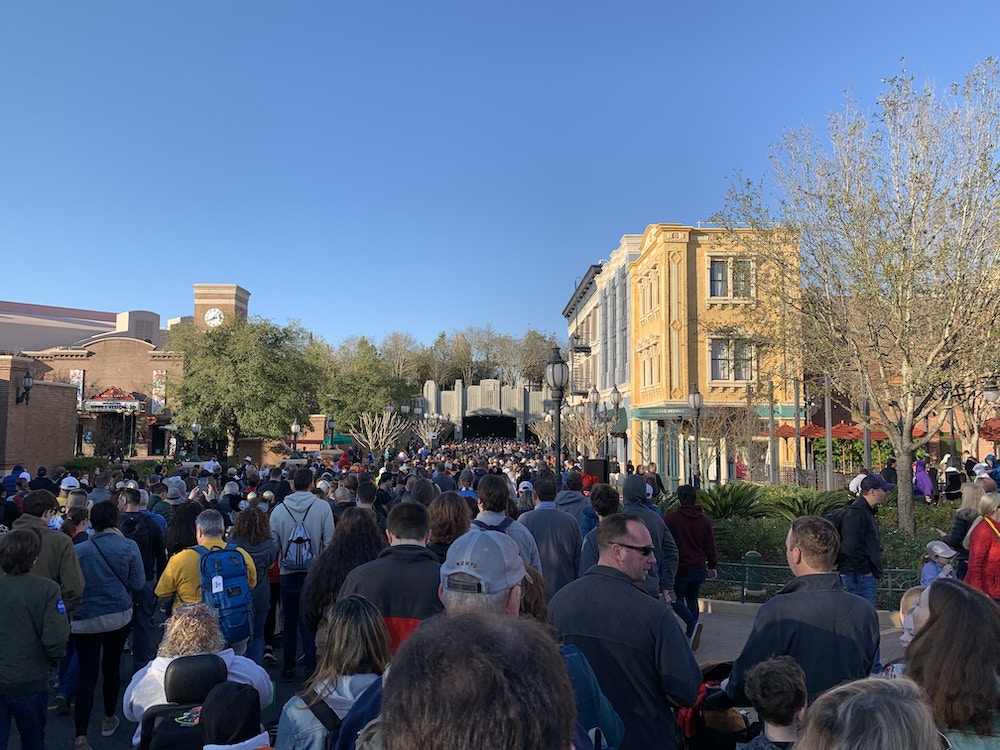 The crowd outside of Batuu was filled with guests anxiously waiting for their chance to get a boarding group. The energy really starts to build as it gets closer and closer to the release time. 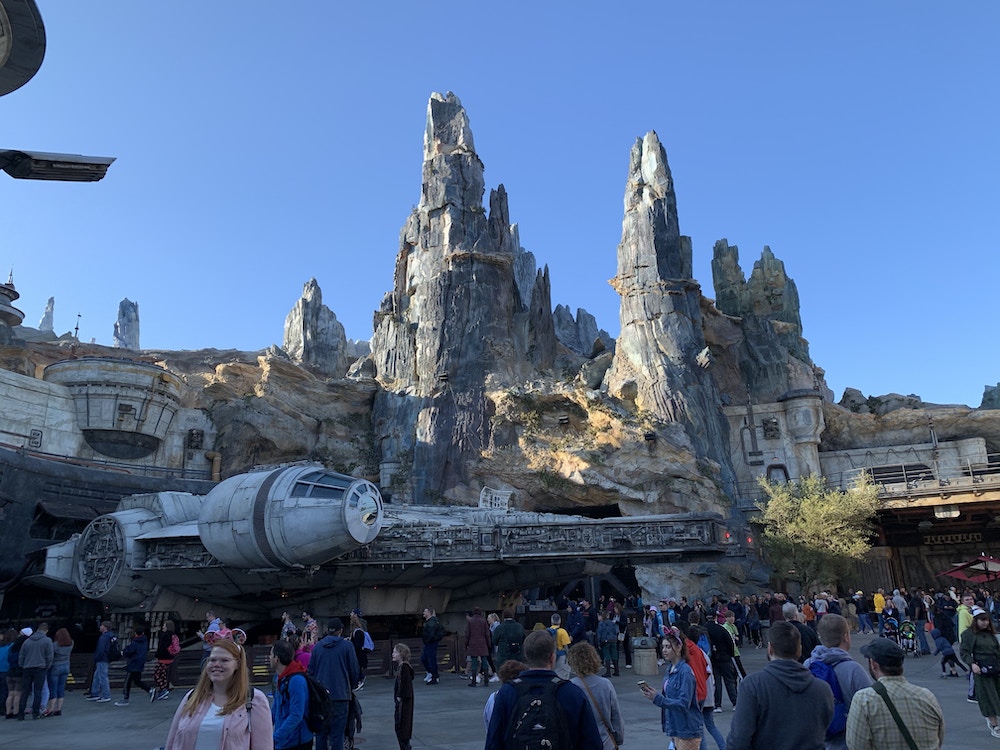 Can you really walk through Batuu without stopping to take a picture of the Millennium Falcon? Doubtful. 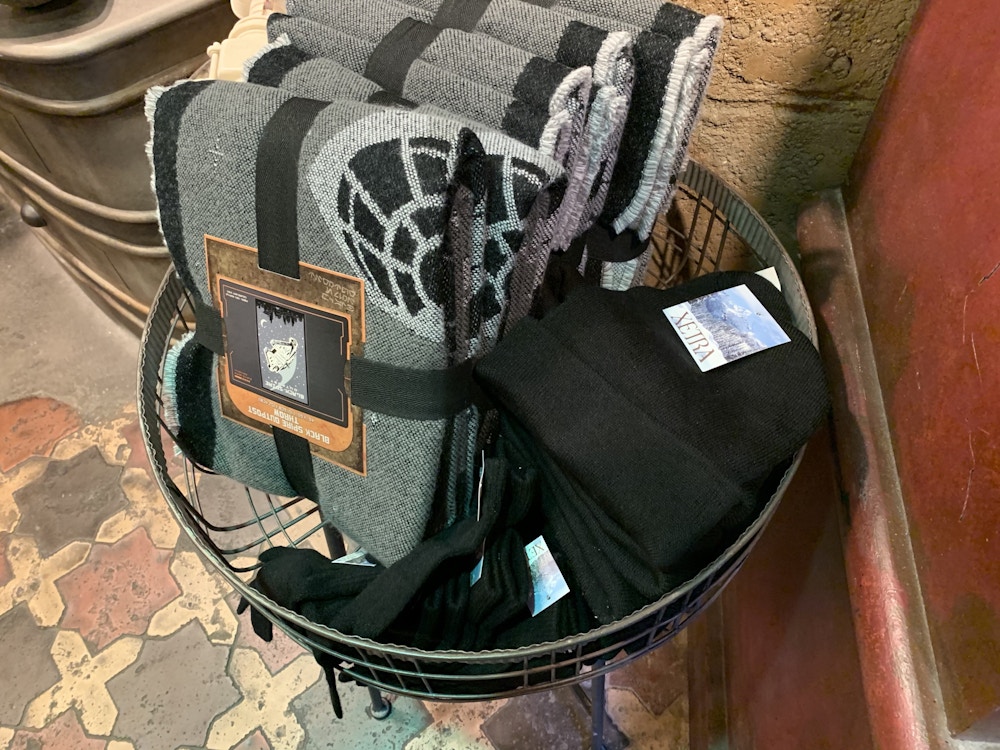 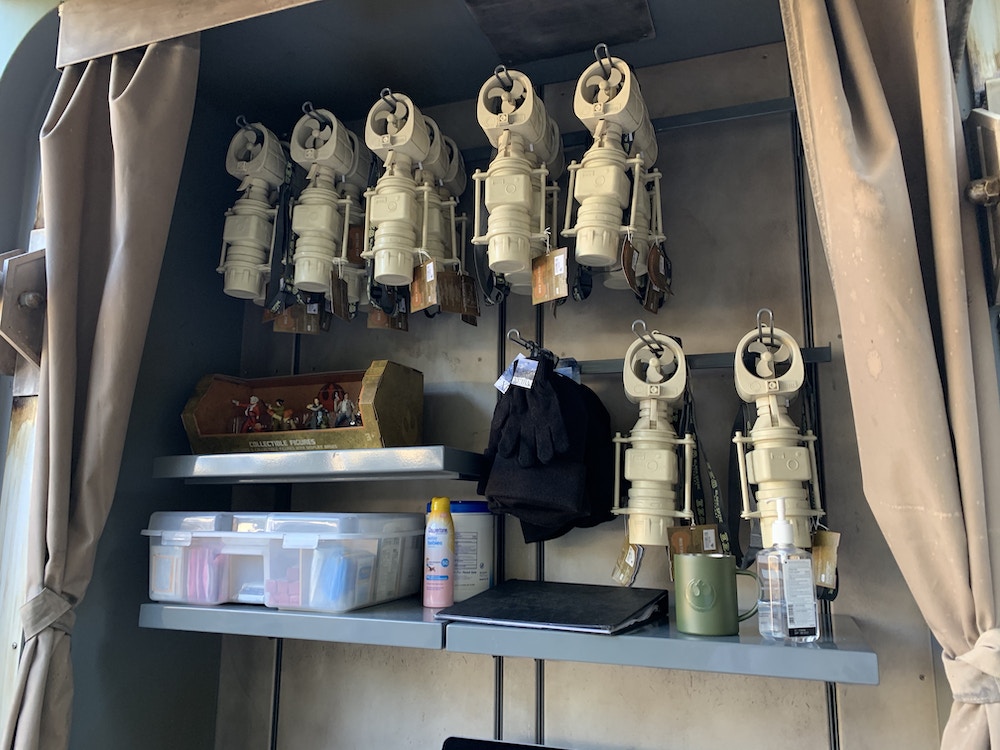 The cold weather also brought with it the return of this mysterious off-brand merchandise. These Xetra hats and gloves were available at multiple locations throughout the otherwise-immersive Star Wars: Galaxy’s Edge. 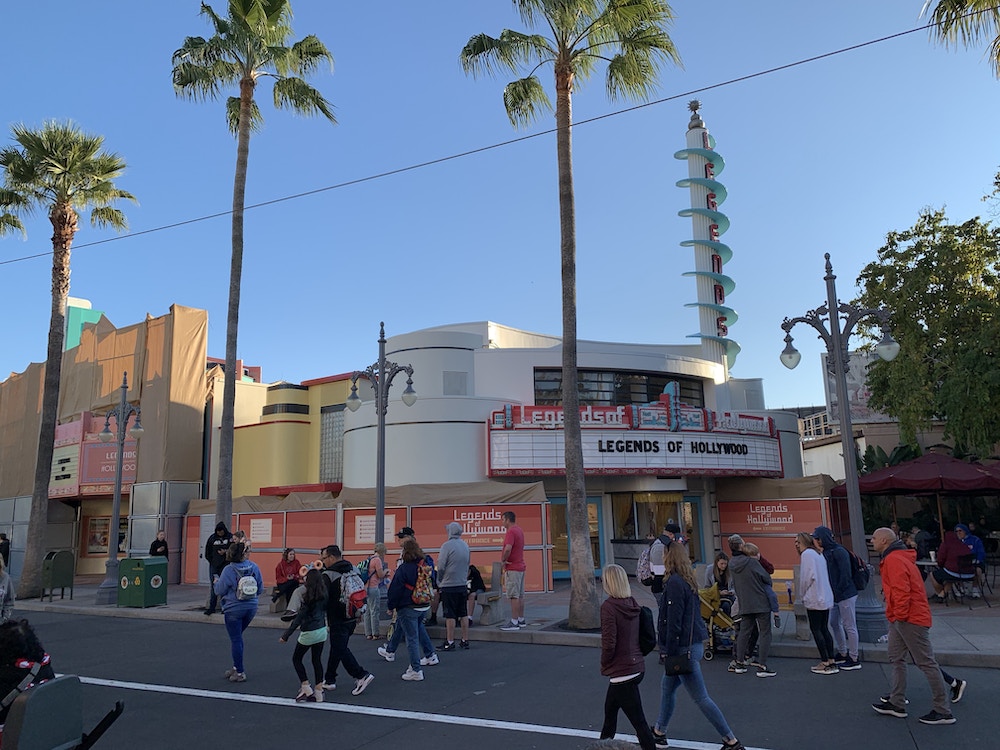 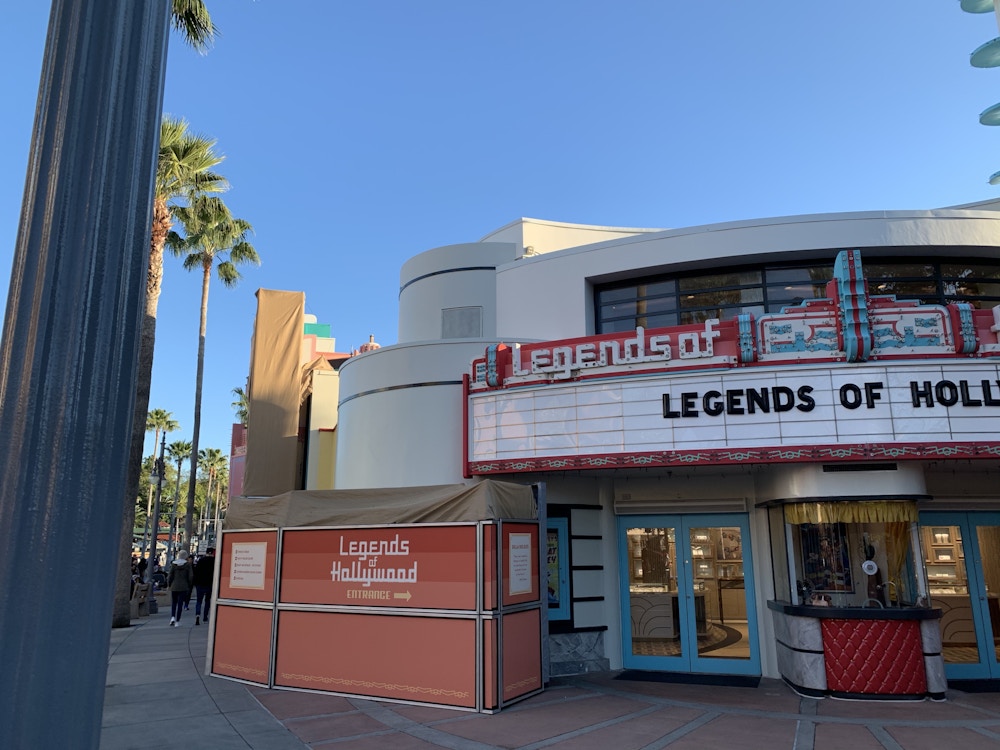 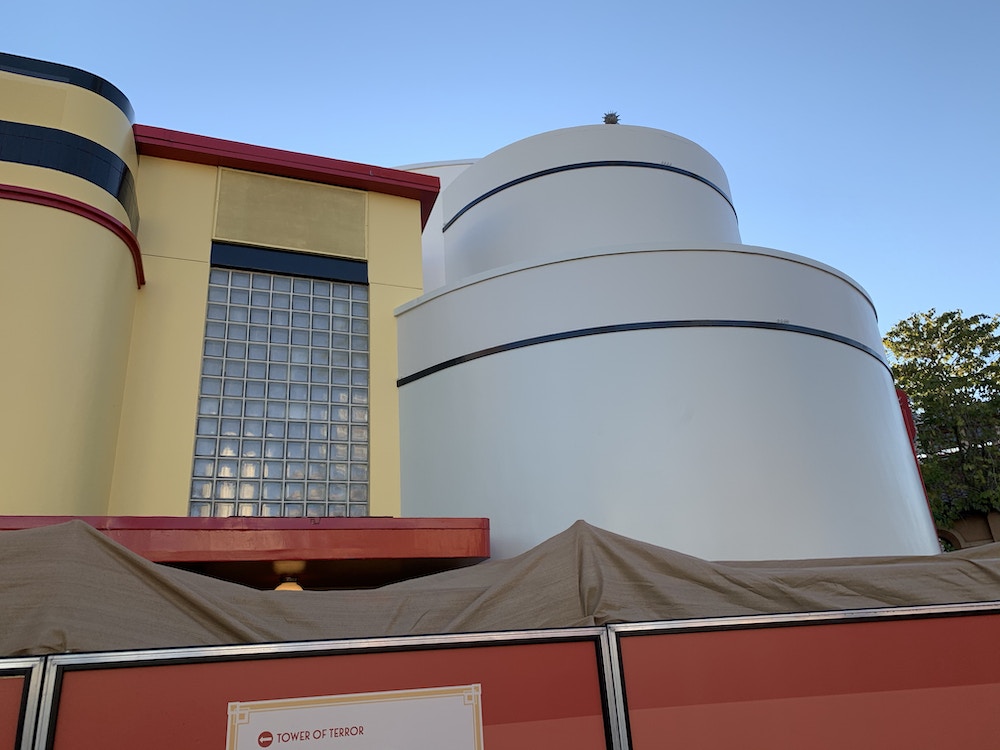 Legends of Hollywood has been undergoing some exterior refurbishment for a while now, but today, we finally got a chance to see behind the scrim. The portions that were unveiled were looking freshly painted! 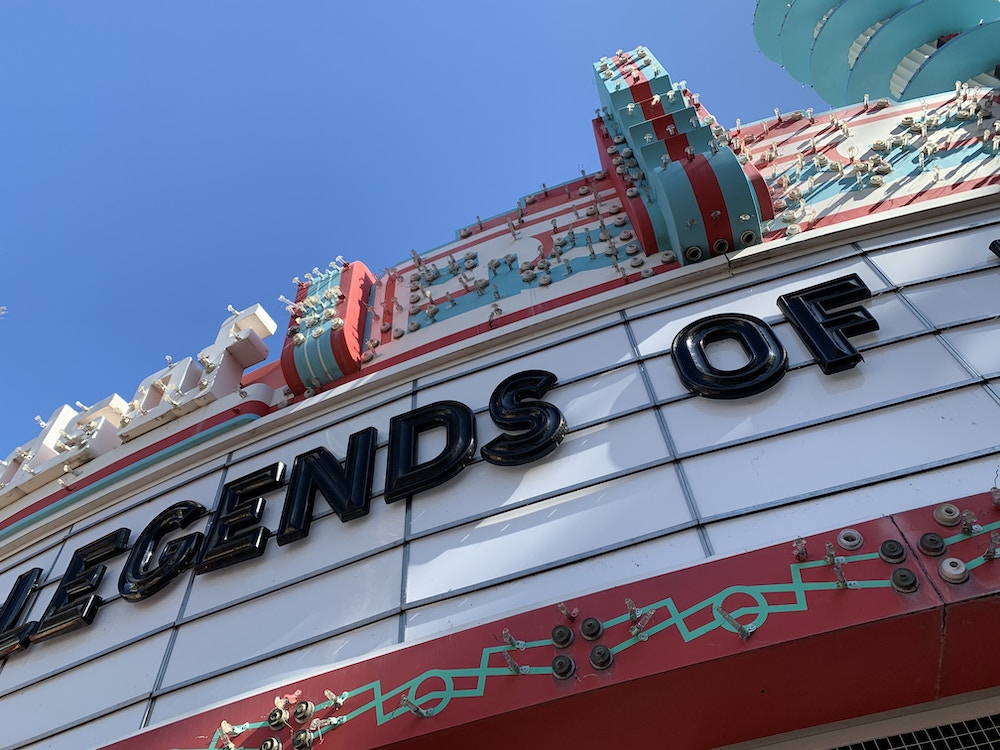 Sadly, the neon is still missing from the signs. We’re hoping that makes a comeback soon. 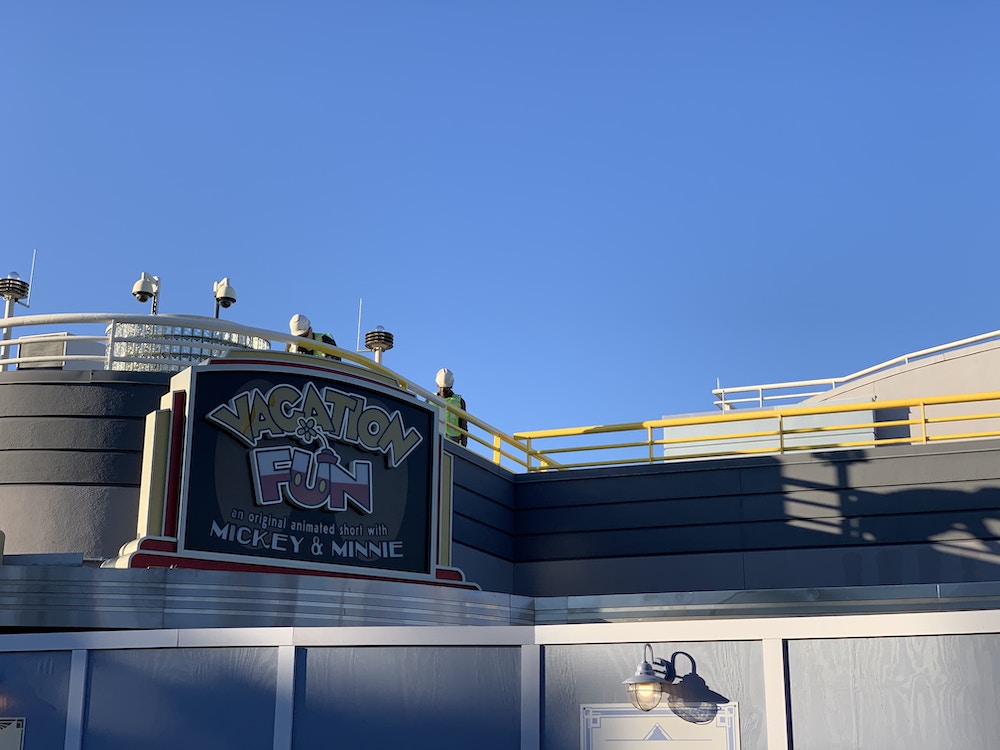 The railing on top of the Mickey Shorts Theater received a bright coat of yellow paint today while we were there. The grand opening is right around the corner! 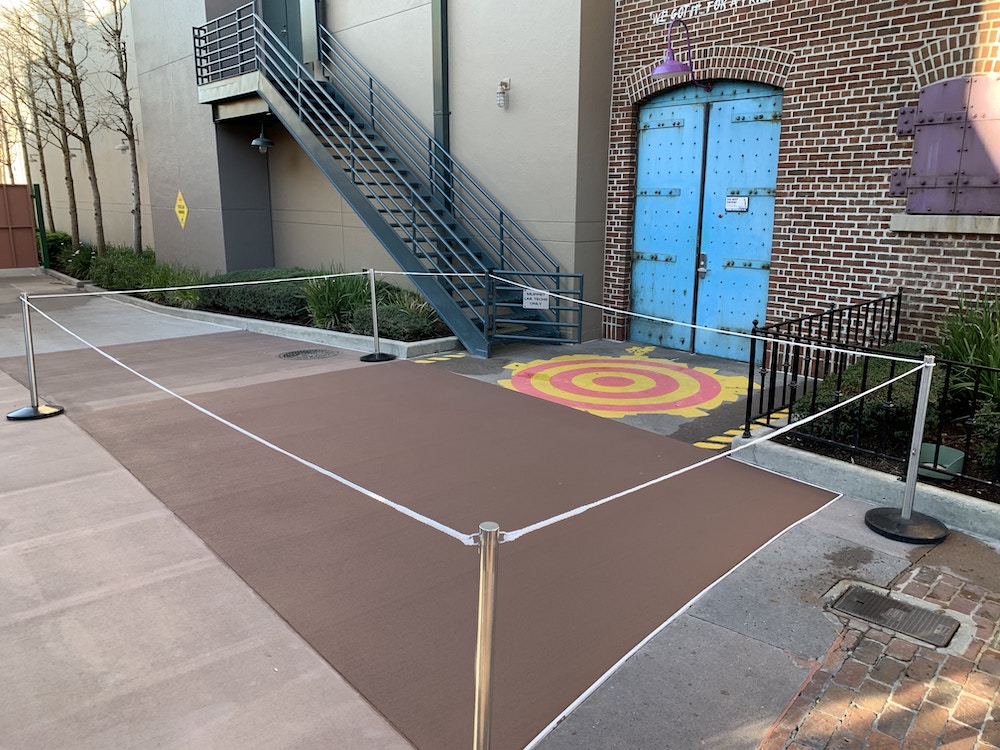 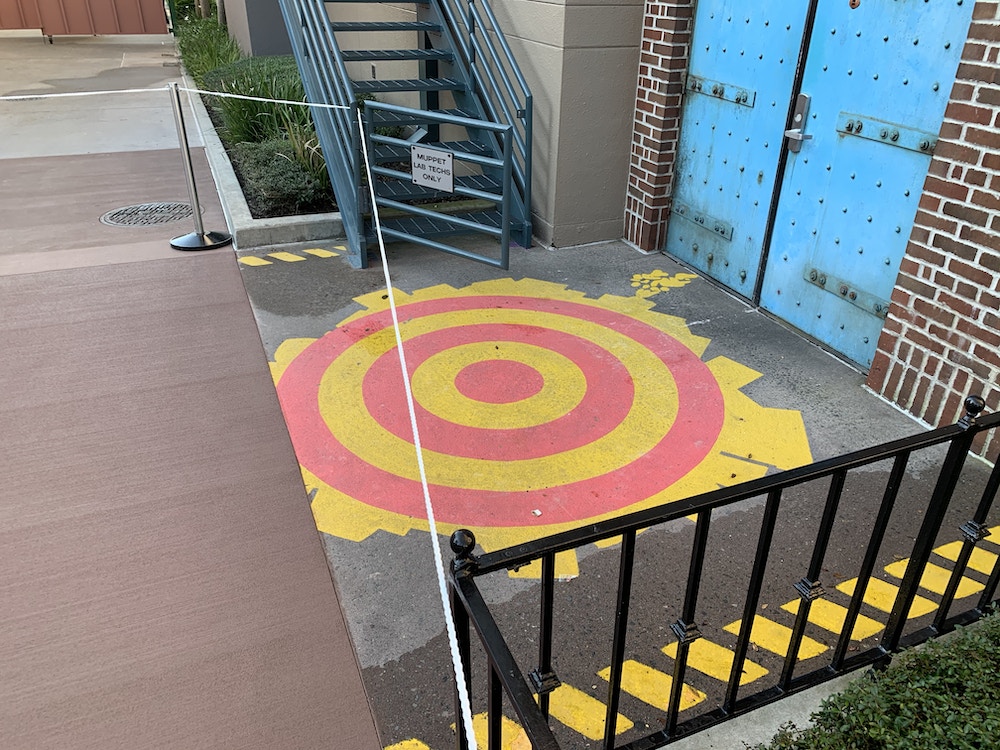 With pavement work continuing behind Muppet*Vision 3D, the bullseye appears to be imminent danger now. A small sliver has already been paved over. 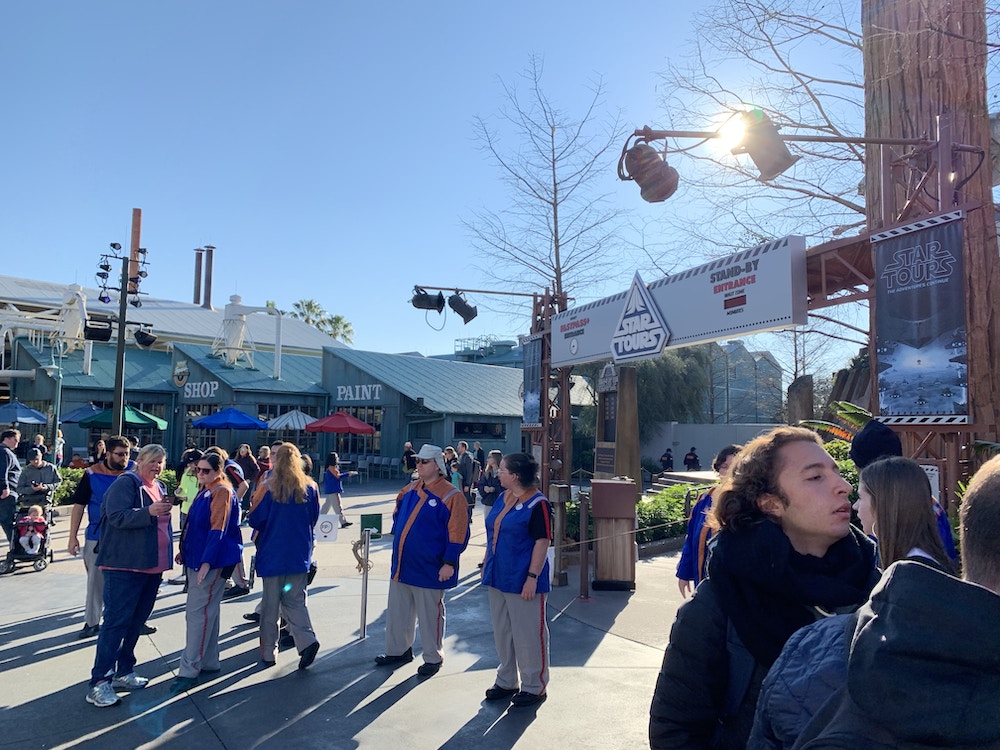 Star Tours – The Adventure Continues experienced a delayed opening today. Luckily, it did reopen a little later in the day for guests to enjoy. 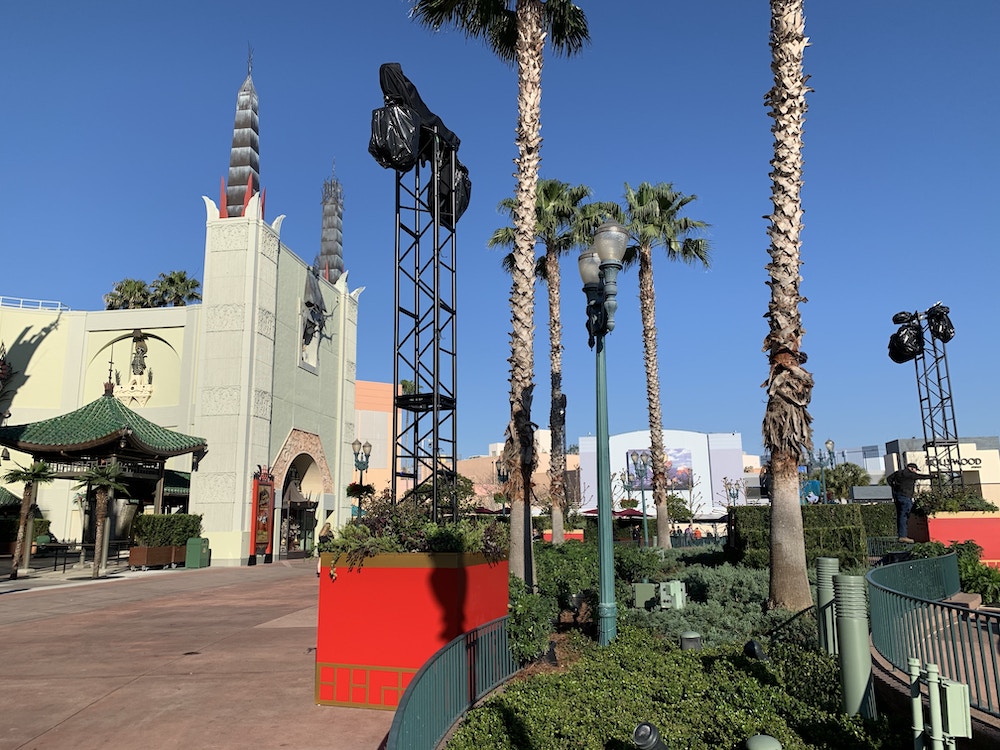 Some temporary (and themed!!) lights have been brought out for the media preview/grand opening of Mickey and Minnie’s Runaway Railway. 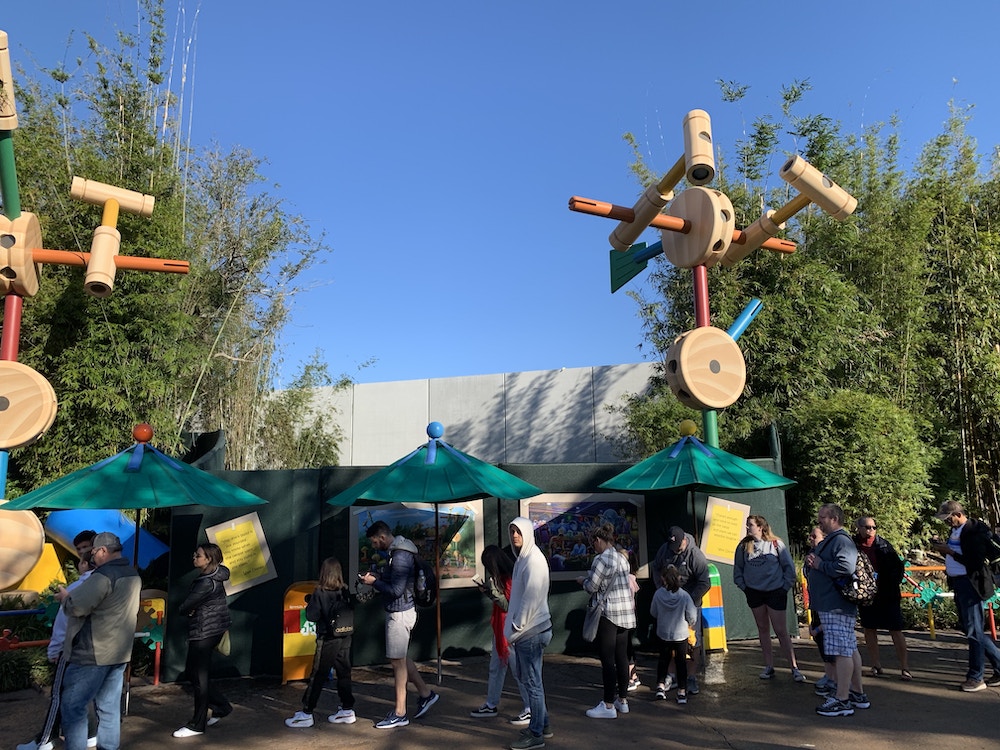 There has been little visible progress on Roundup Rodeo BBQ lately, but we are hoping some color gets added to these walls soon. 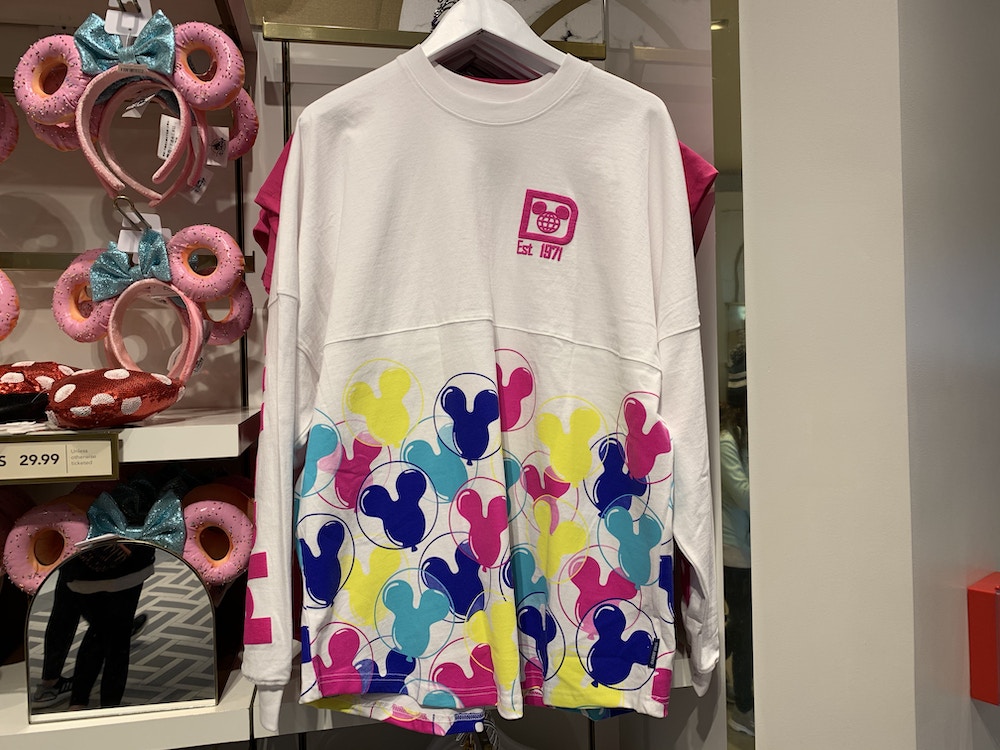 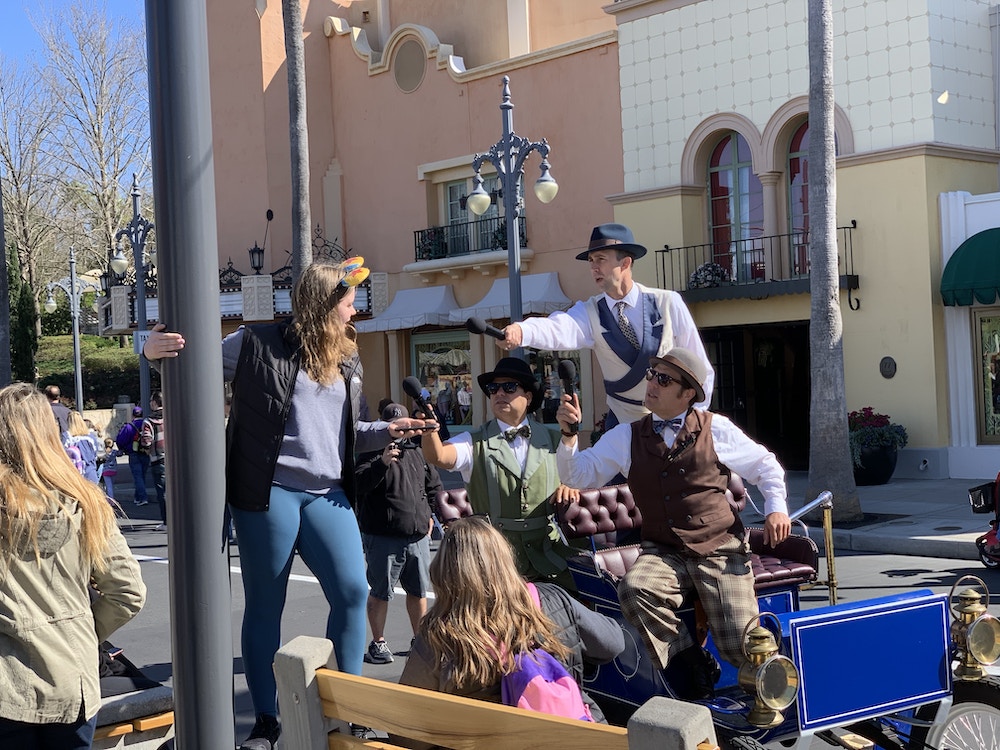 The Citizens of Hollywood were interviewing this guest that was standing on a light post today. 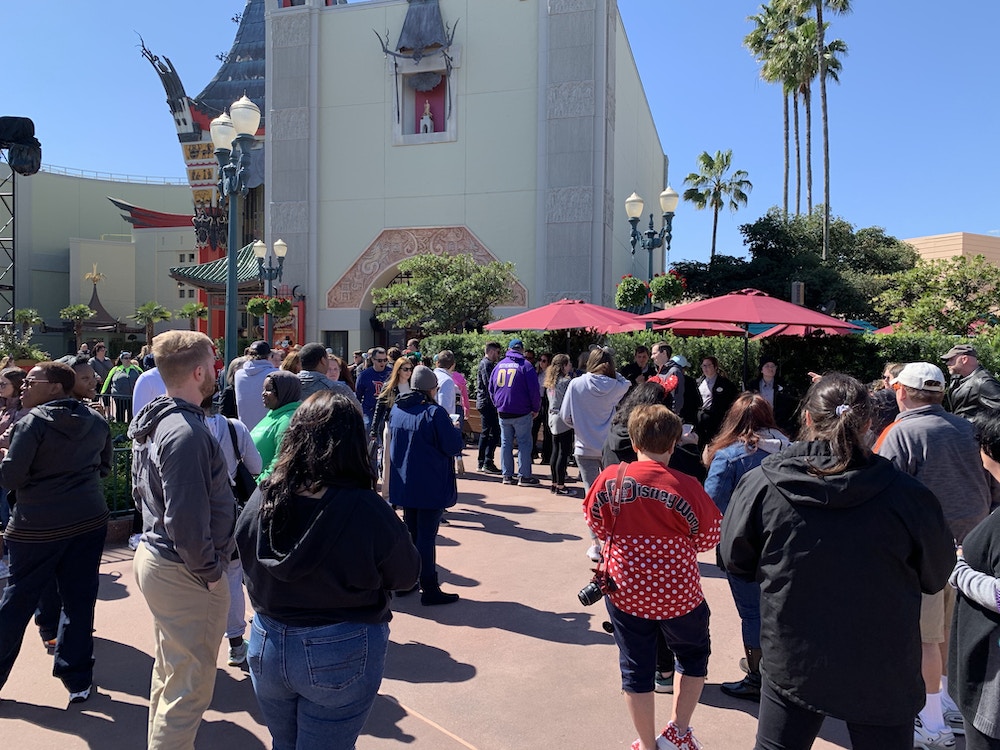 Cast Member previews for Mickey and Minnie’s Runaway Railway were brought to a halt today due to some unexpected delays. 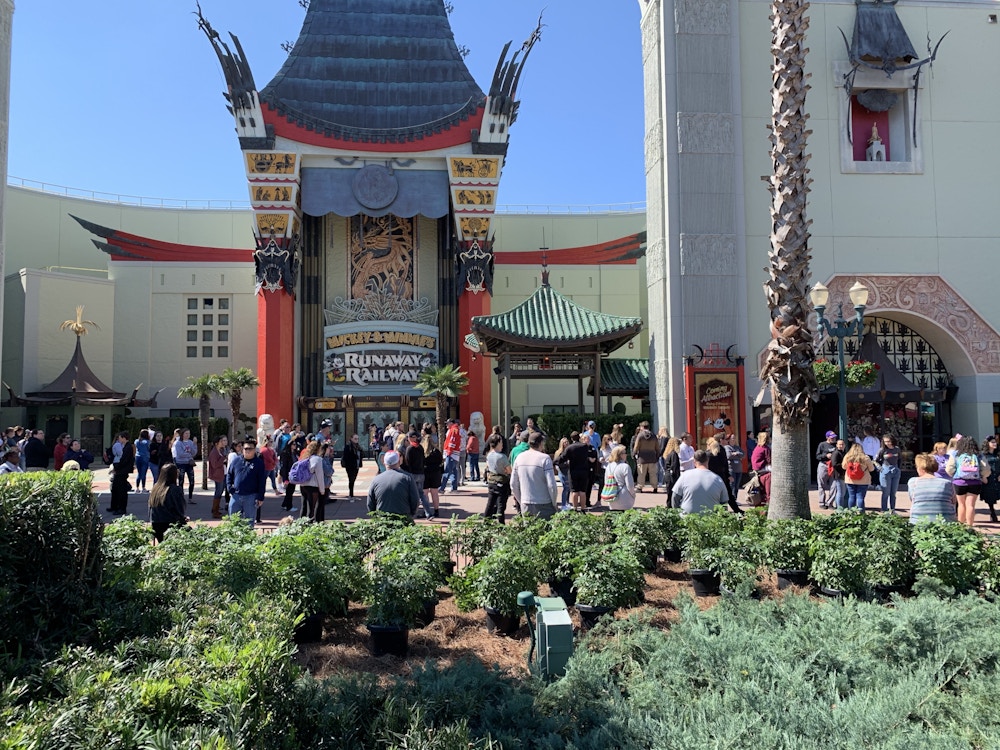 Cast Members waiting for their chance to be ride were directed to either wait in front of the Chinese Theatre or go explore the park. 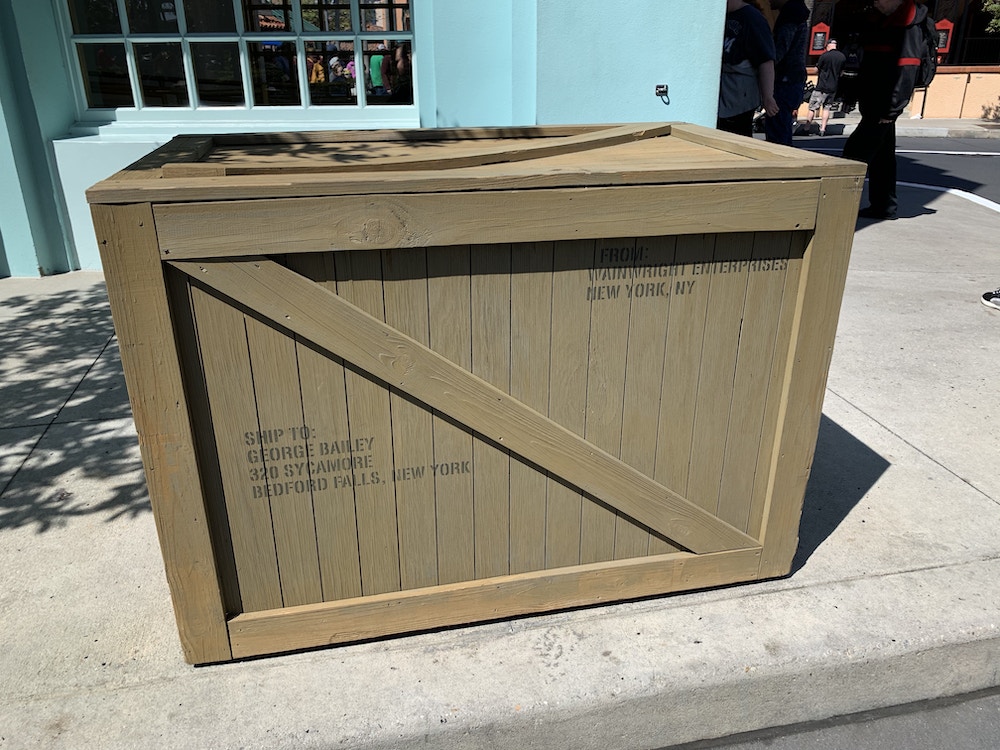 This amazing prop is from my personal favorite movie of all time! Do you know what movie it is? Let me know in the comments. 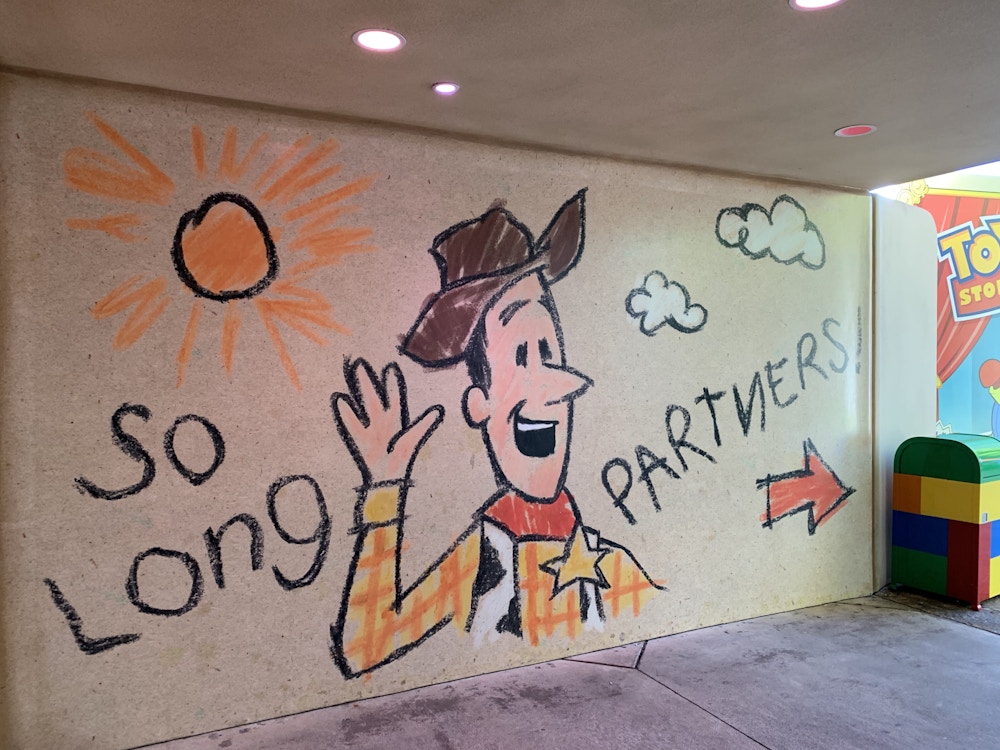 That wraps up our day at Disney’s Hollywood Studios! Thanks for joining us!