Magic Kingdom’s signature park icon is about to get a big aesthetic upgrade. As part of these enhancements, work on draining the moat surrounding Cinderella’s Castle began today inside the park. 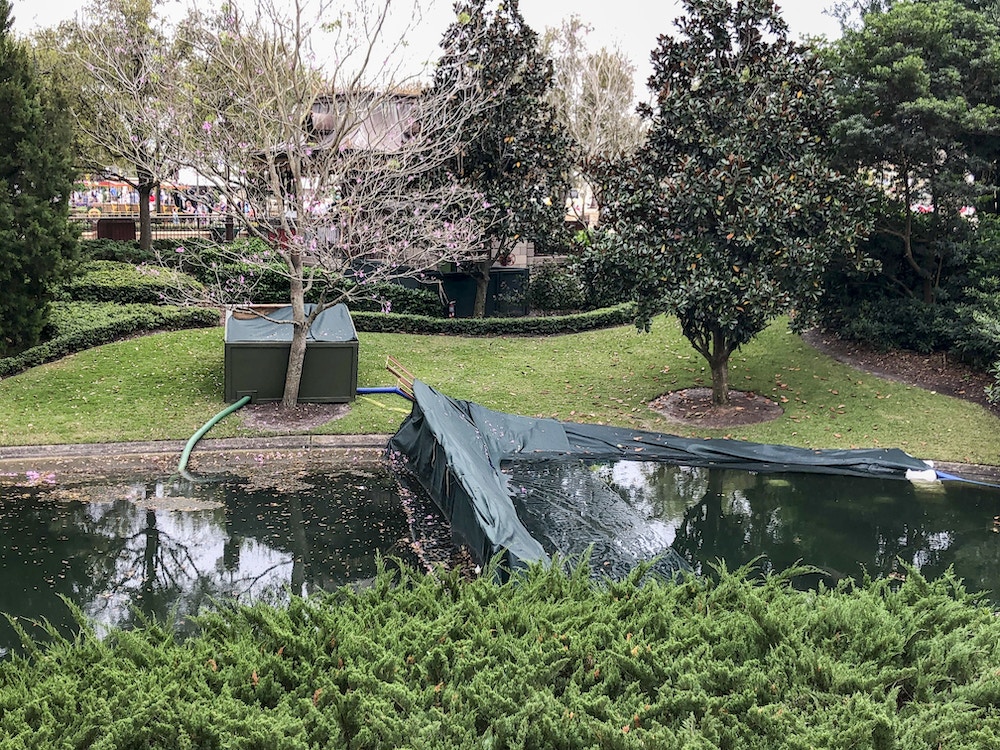 When we first arrived at the park this morning, dams were in place near the bridge to Liberty Square. A water pump inside the green box seen here was running at full steam. 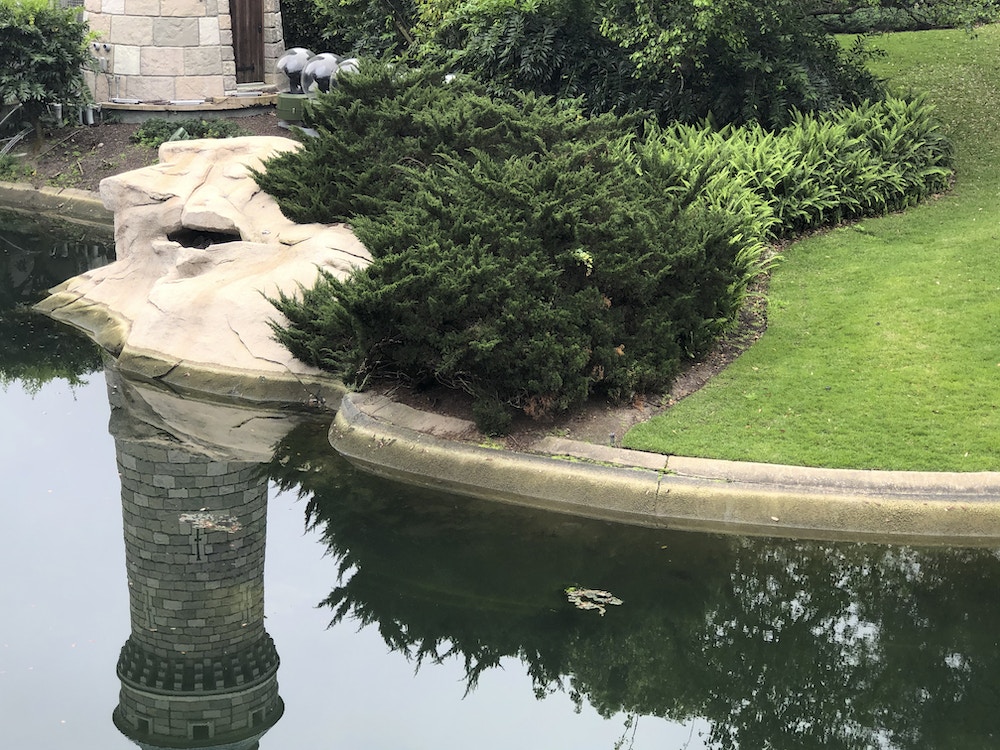 Later on in the day, the tell-tale sign of the water level going down was on full display. 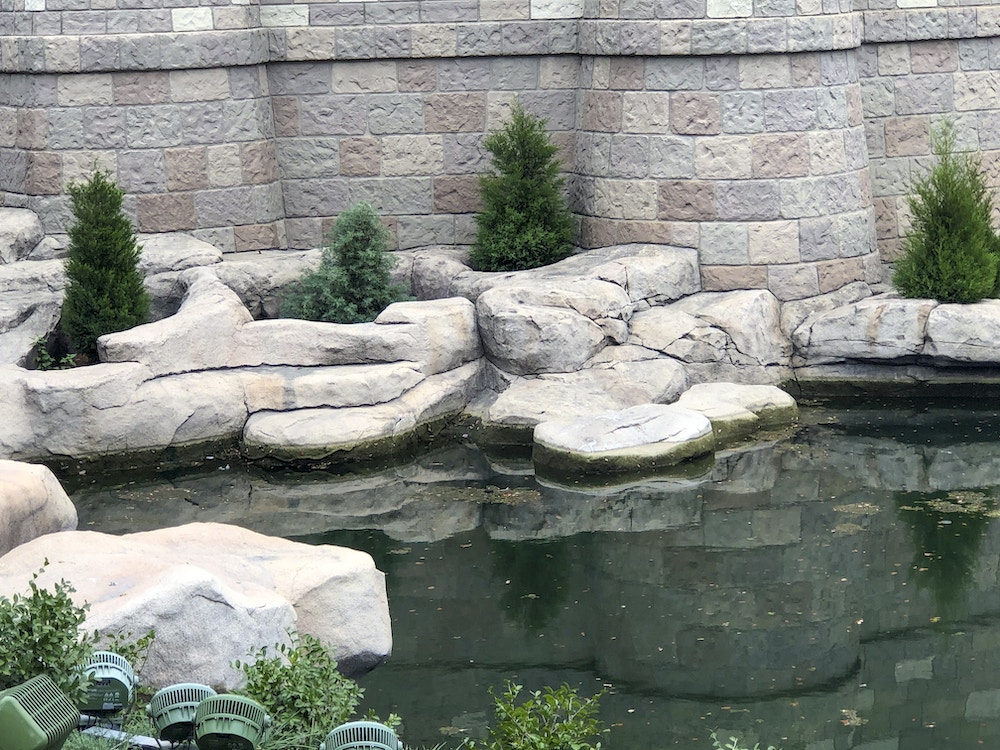 Bright green algae covering the formerly-submerged sections of rock work around the castle could be seen as the day went on. 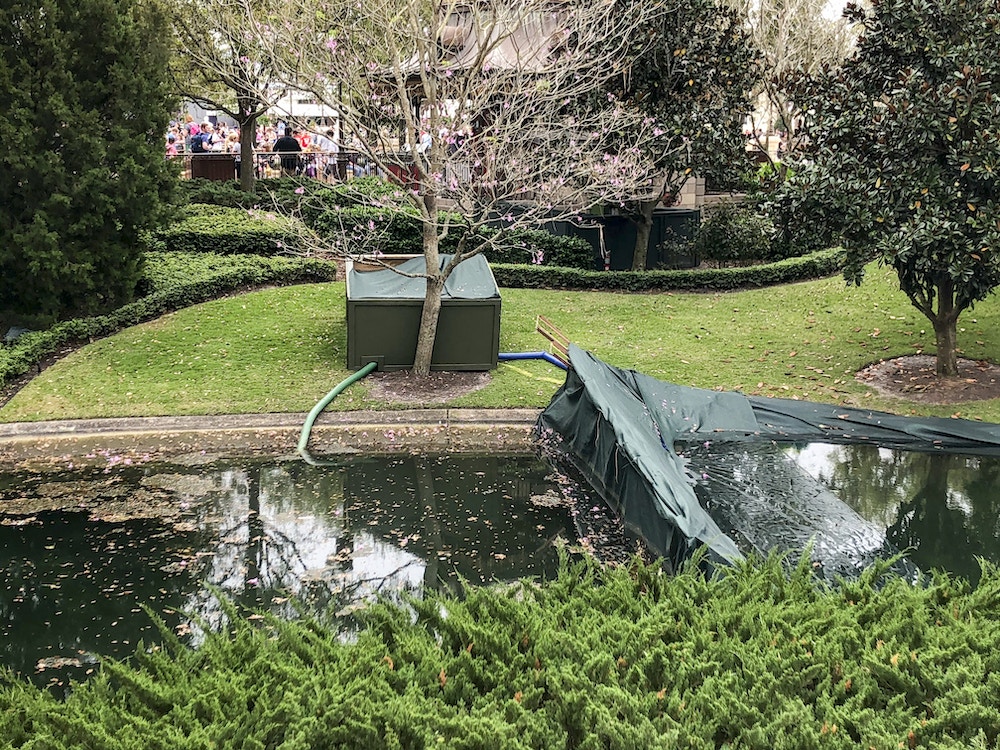 Back at the site of the dam, the water level had also visibly gone down, as seen in the dirt levels on the scrim material around the dam. Along the newly expanded walkway, you can also see that the water level is much lower now. Are you excited for the new Cinderella Castle look? Let us know in the comments below.