Today, we felt a breath of fresh air as we looked toward Tomorrowland from the hub of the Magic Kingdom. The metal accents added to the Tomorrowland Transit Authority (TTA) PeopleMover and the rest of Tomorrowland in 1994 have been removed on the northwest side of the attraction. 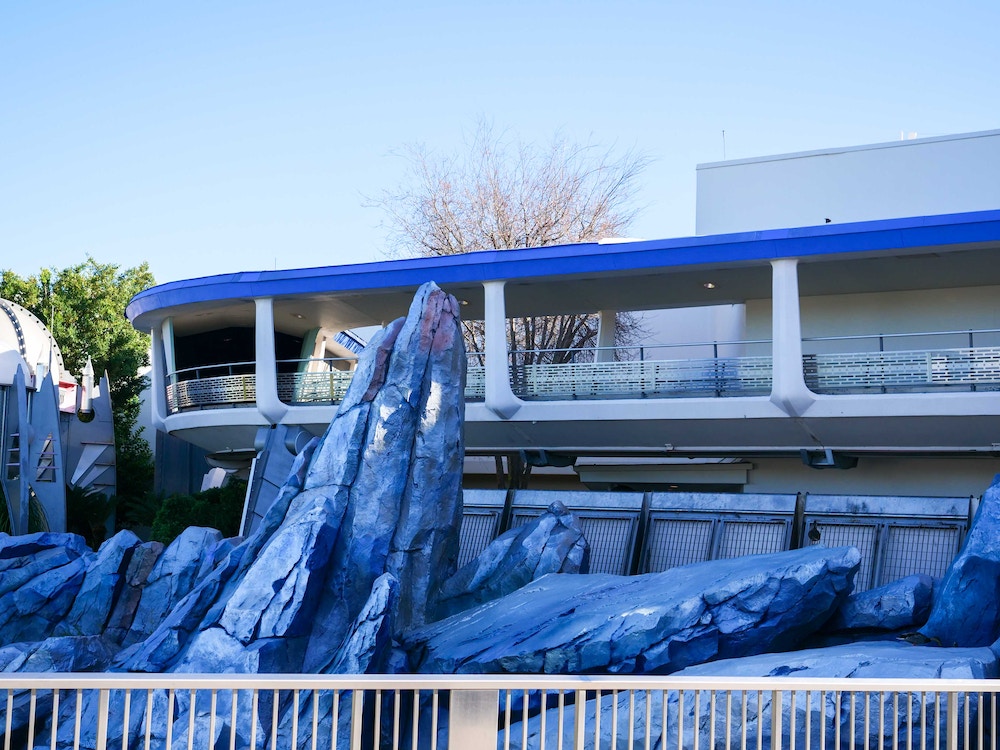 The construction scrim is gone — and so are the decorative fin-style accents. The area feels a lot more open now. 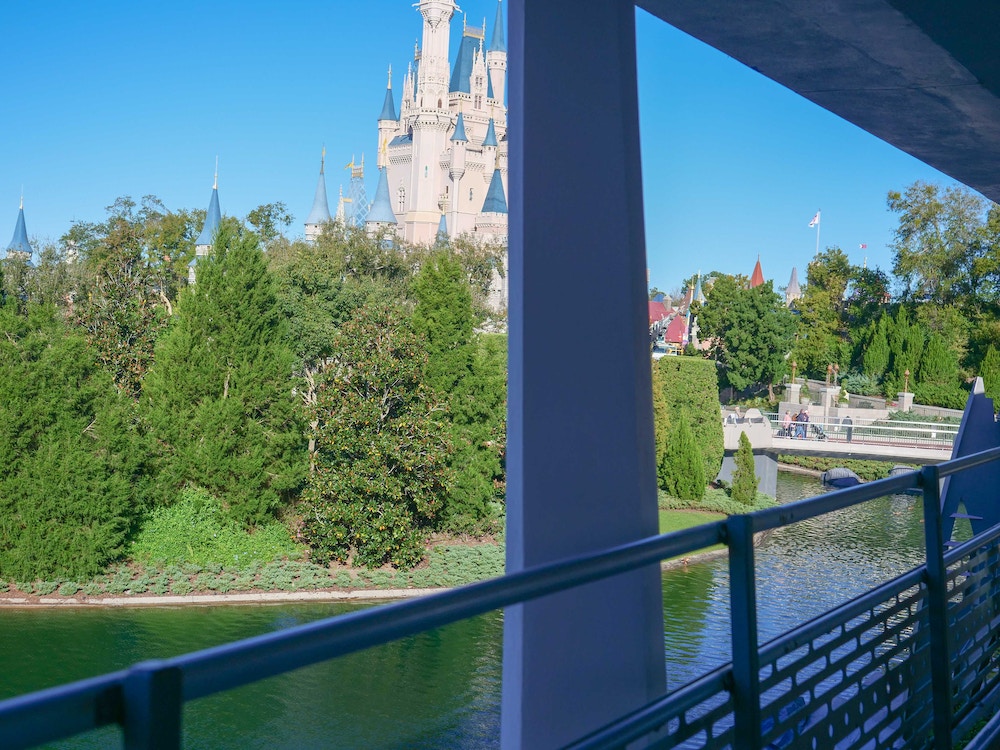 While riding on the TTA PeopleMover, you now have an even better view of Cinderella Castle. 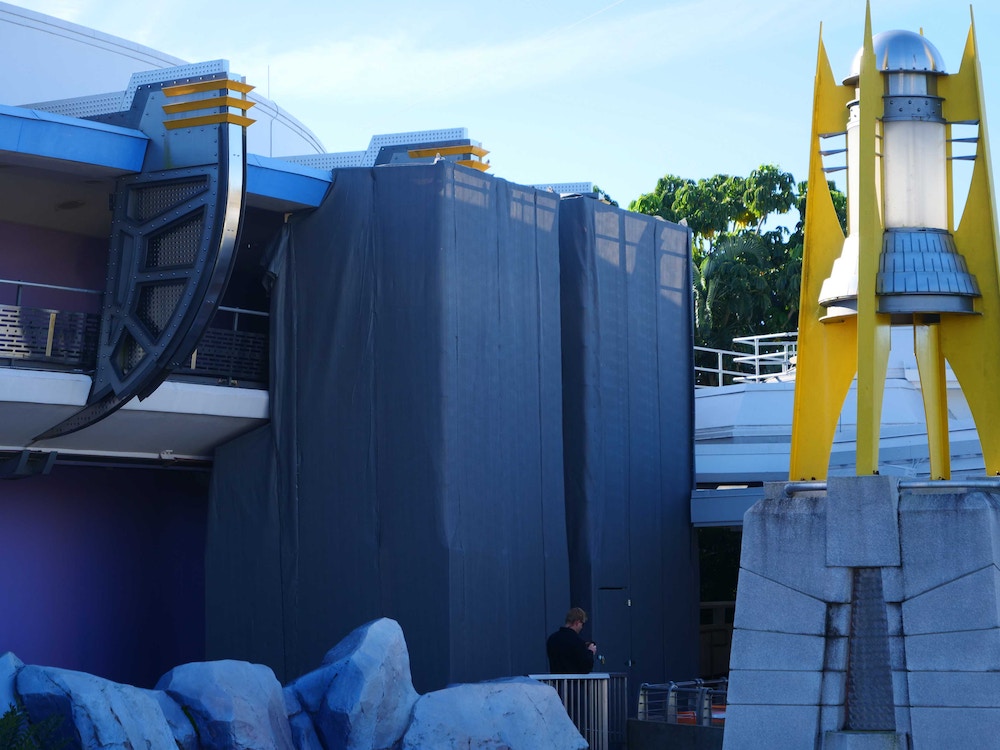 The rest of Tomorrowland is also having the accents removed, and some supports look ready for paint. Earlier this week, various light poles were removed and paved over. 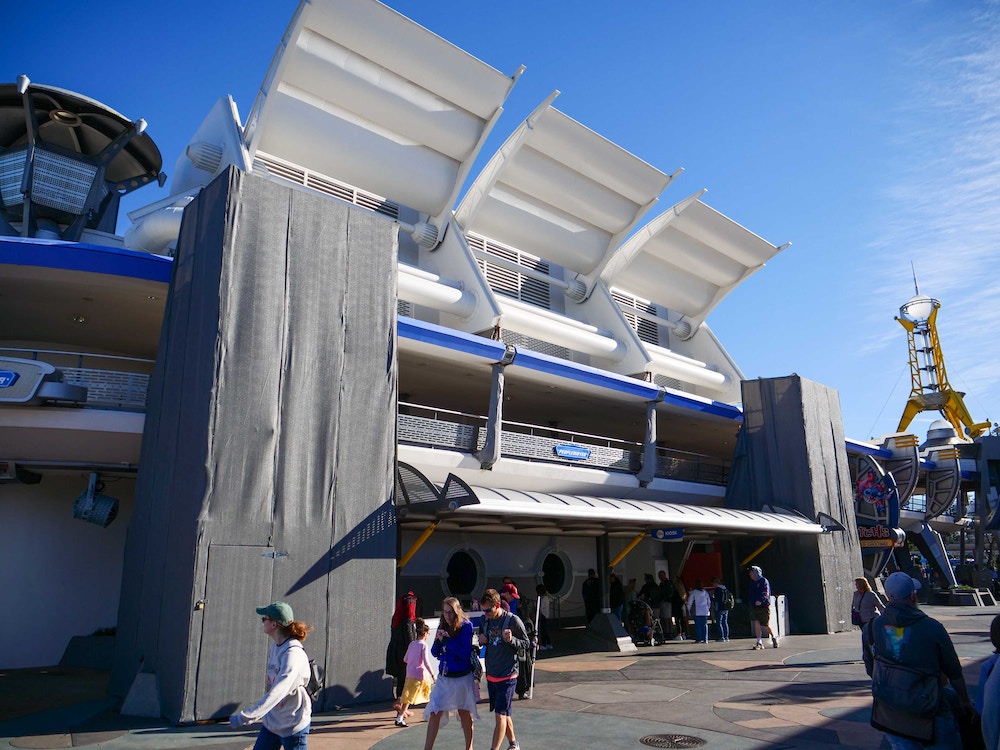 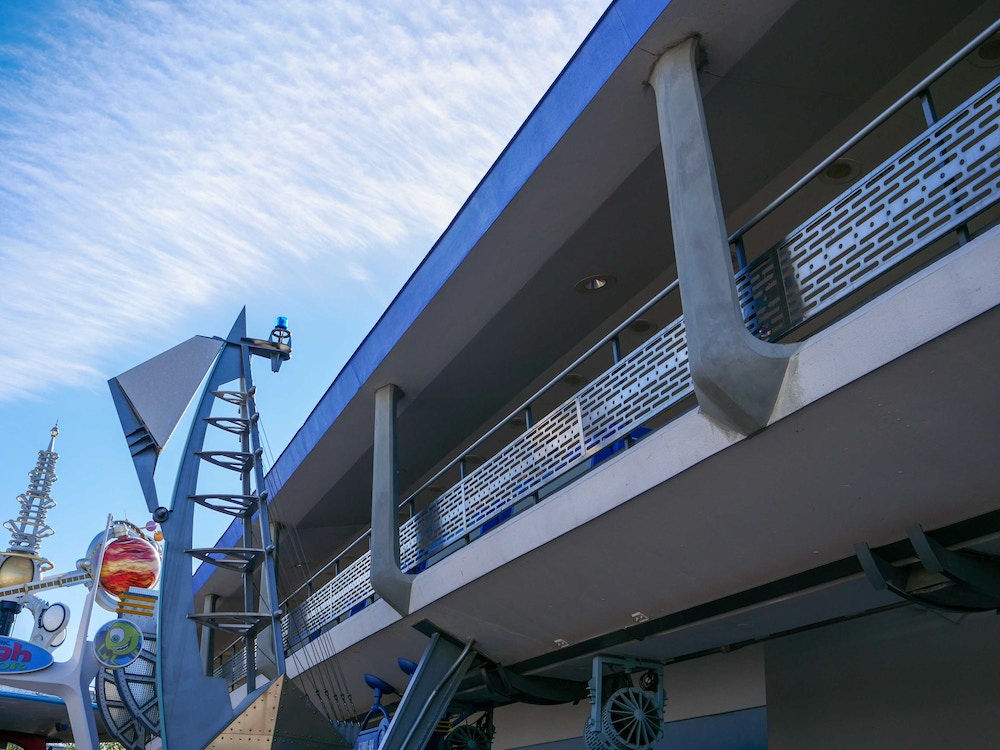 While the 1994 accents have their fans, I personally am very excited about the return to the original style of the land.

But what do you think? Do you prefer the 60s/70s view of the future, or do you more appreciate what the 80s/90s Imagineers had in mind?