Welcome one and all to another wonderful day at Disney’s Hollywood Studios! We have several attraction, refurbishment, and merchandise updates to share with you, so let’s take a look at what the park has to offer. 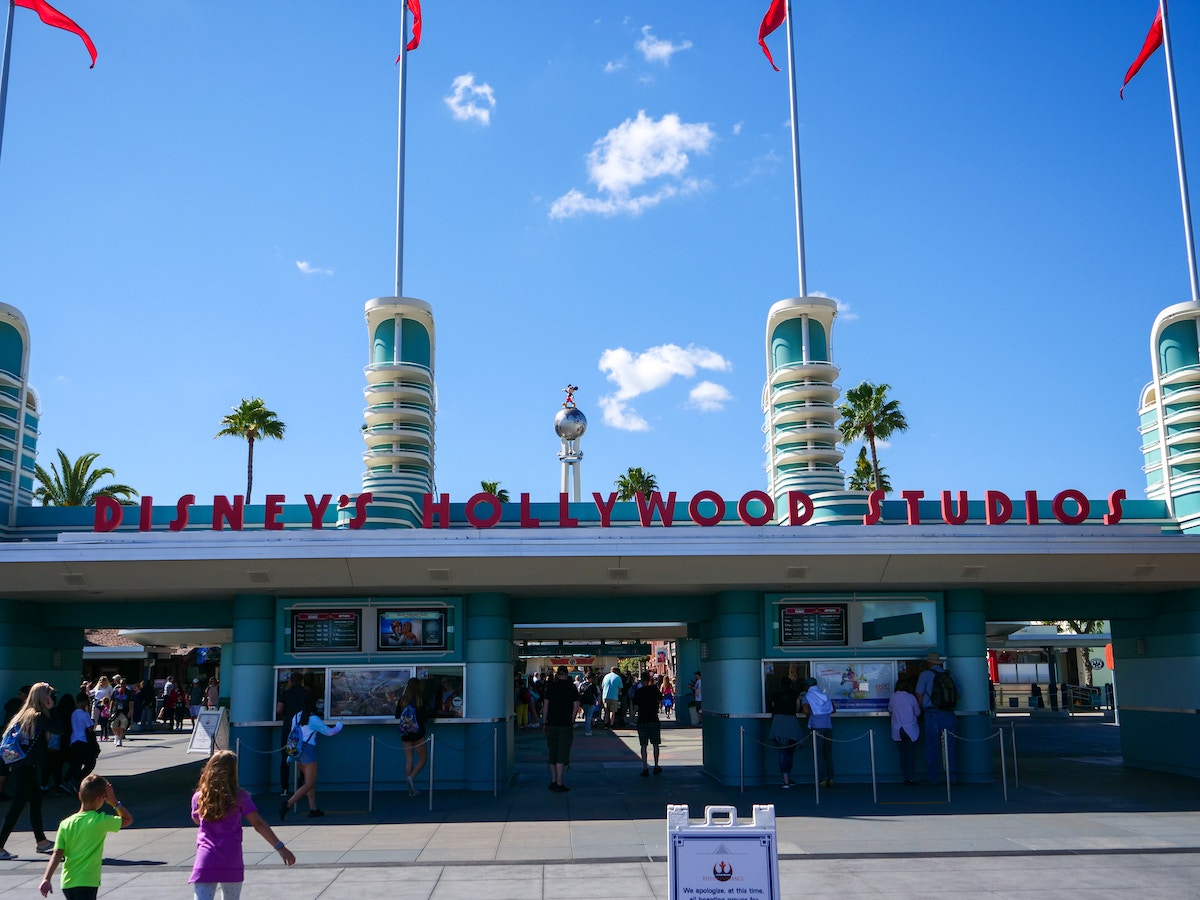 The sun is out and in full force today. Don’t forget your hats, sunglasses, and sunscreen! 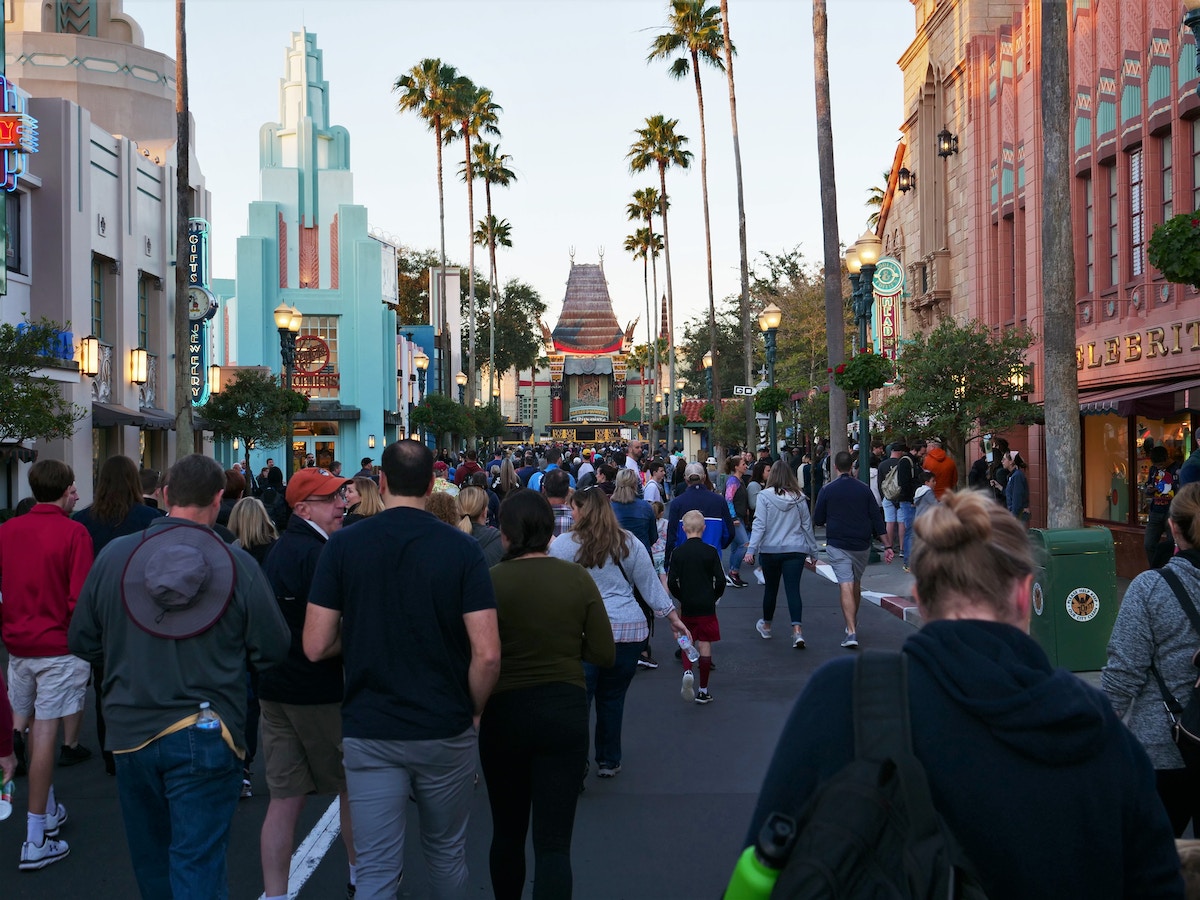 Despite the park now opening an hour later than it was since Rise of the Resistance’s opening (8:00am instead of 7:00am), crowds are pretty similar. 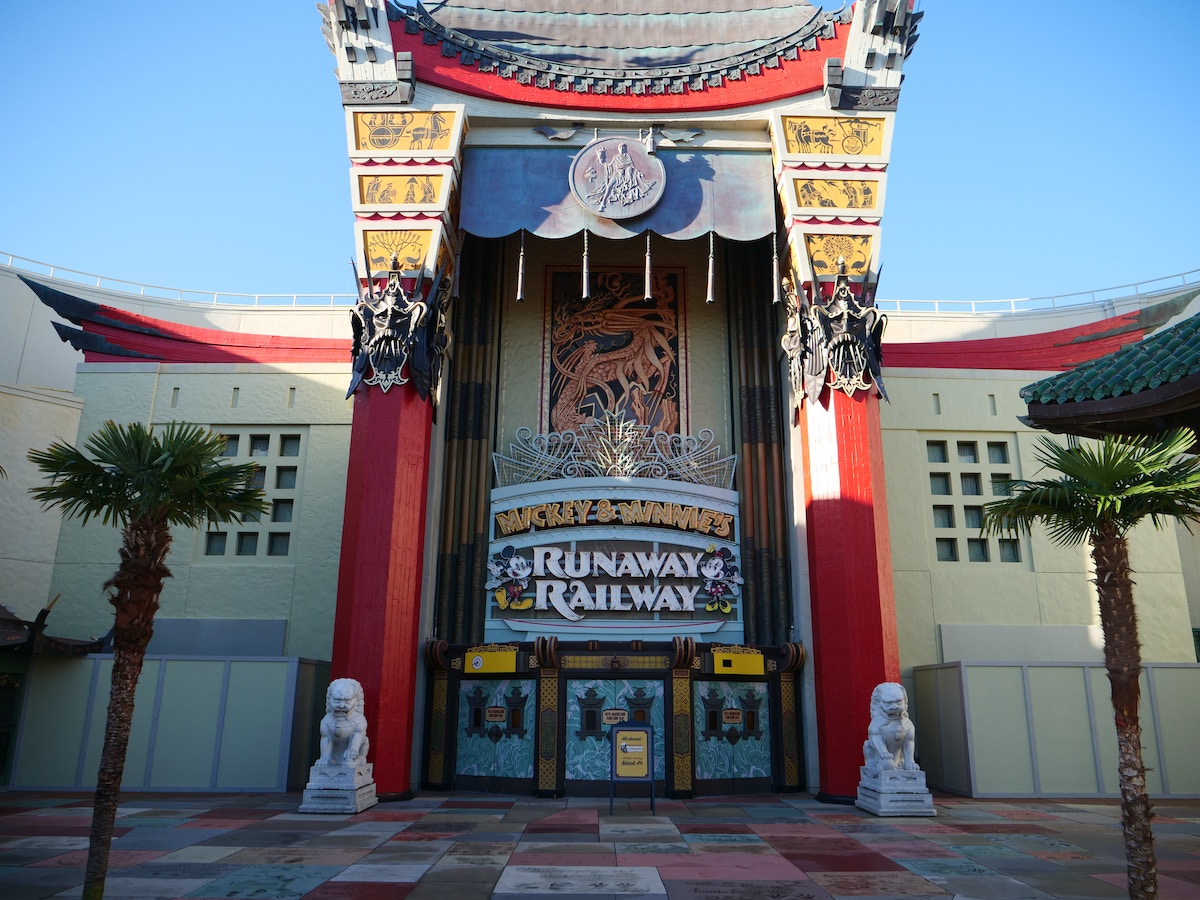 Mickey & Minnie’s Runaway Railway is less than a month from opening. We hope you read our story about FastPass+ now being available for the attraction and you were able to make reservations if your visit to Disney’s Hollywood Studios is coming up soon. 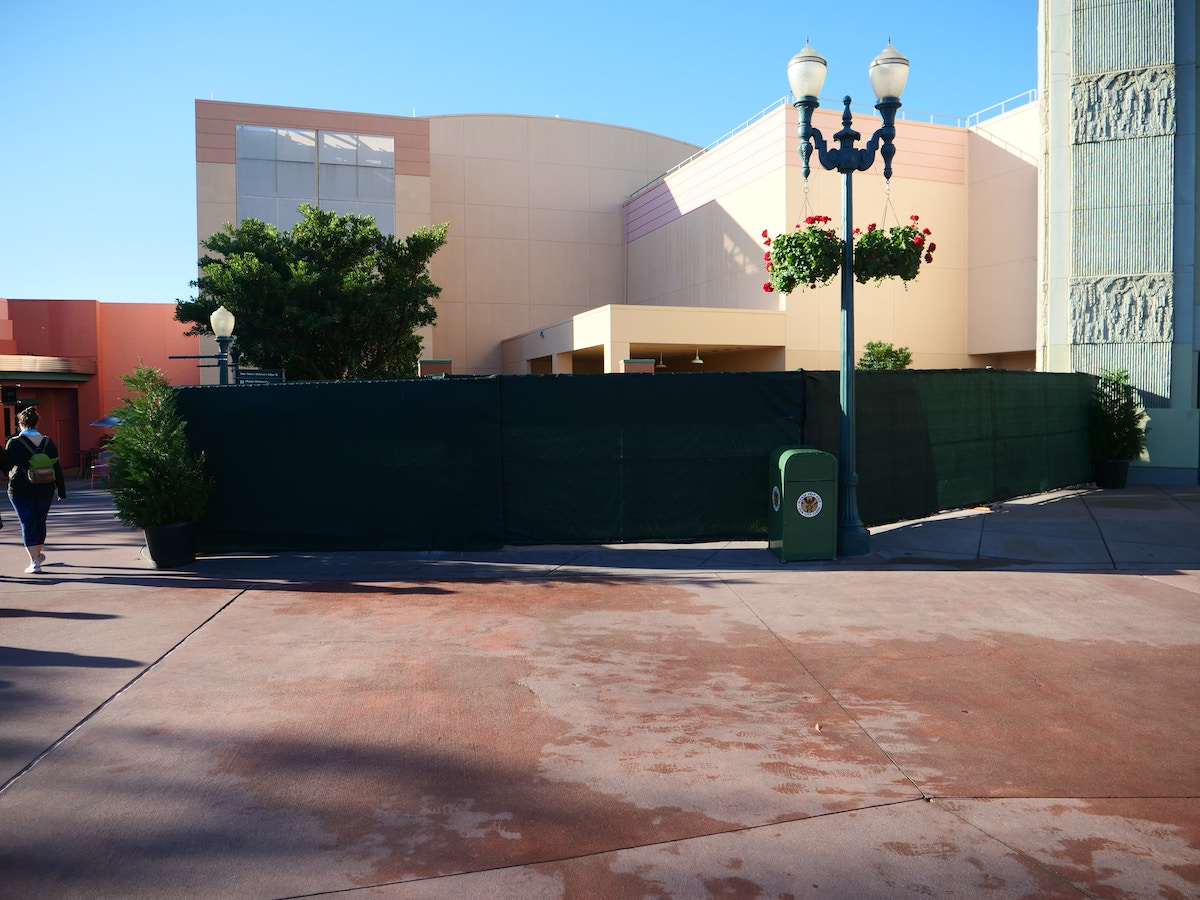 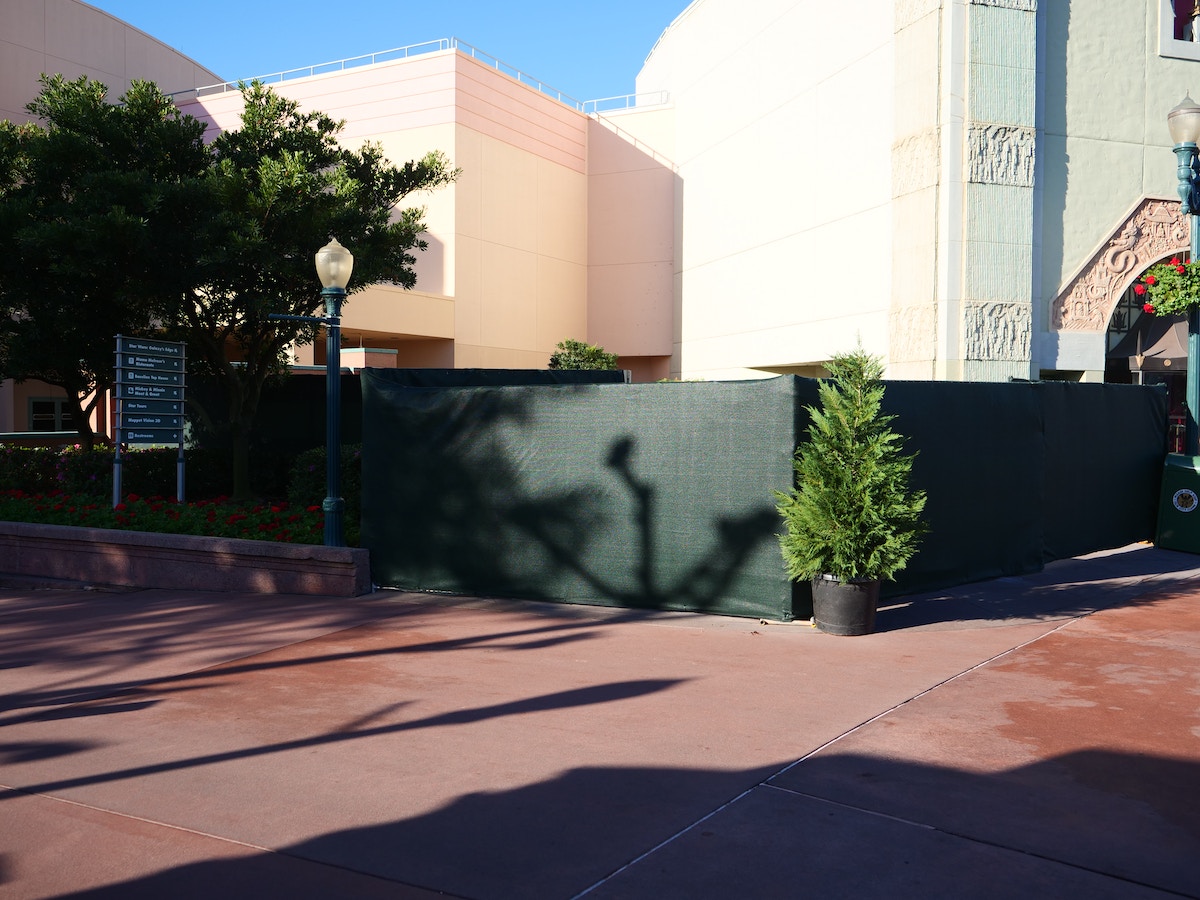 Just to the left of the Chinese Theater, when viewing it from Hollywood Boulevard, the area which previously housed the Runaway Railway photo op remains walled off. Now that the theater has the attraction’s large neon sign, that may become the de facto photo spot. 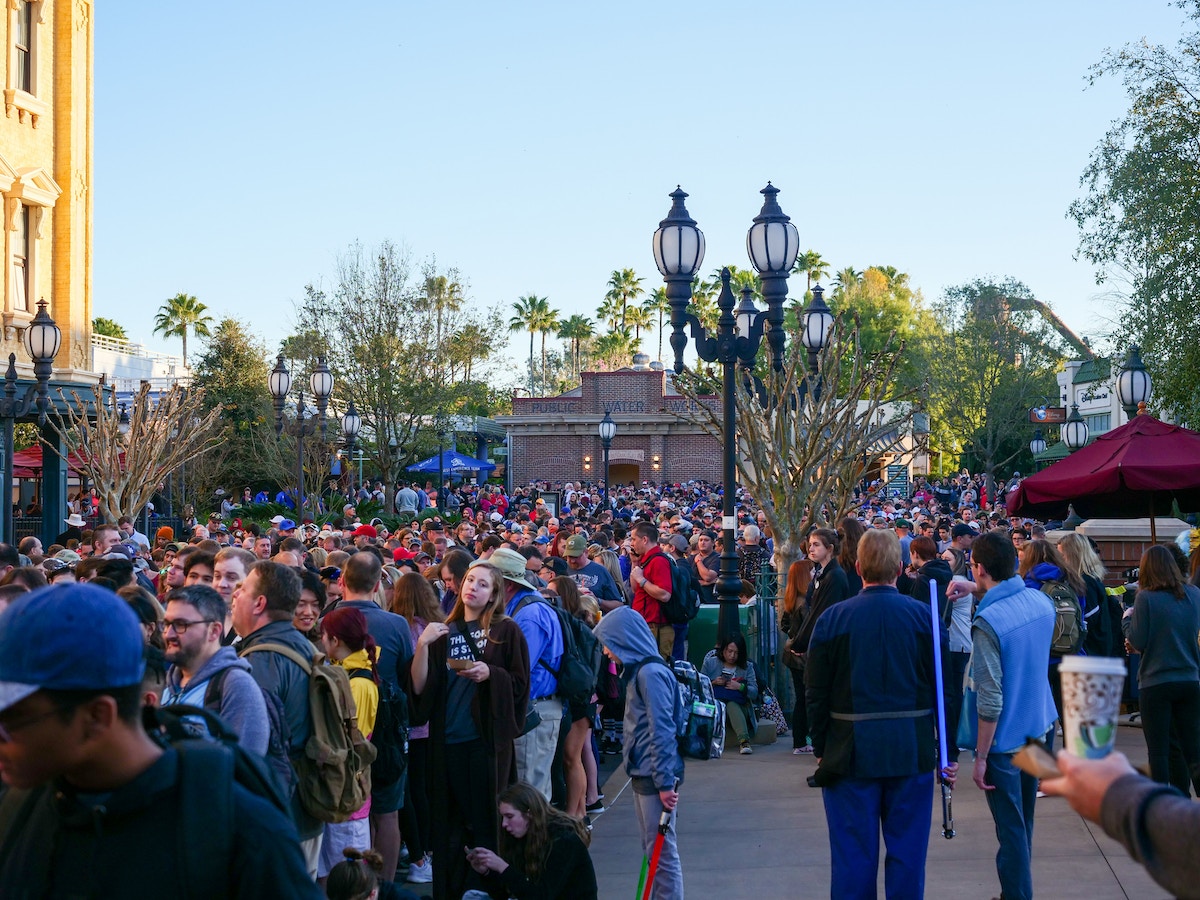 One benefit to the new 8:00am opening time is that guests are allowed further into the park before rope drop, whereas during the 7:00am openings guests wishing to head to Galaxy’s Edge weren’t allowed to progress much further than Echo Lake. Now, those waiting for entry into Batuu can visit Tatooine Traders and explore the Muppets Courtyard in advance of the park’s official opening. 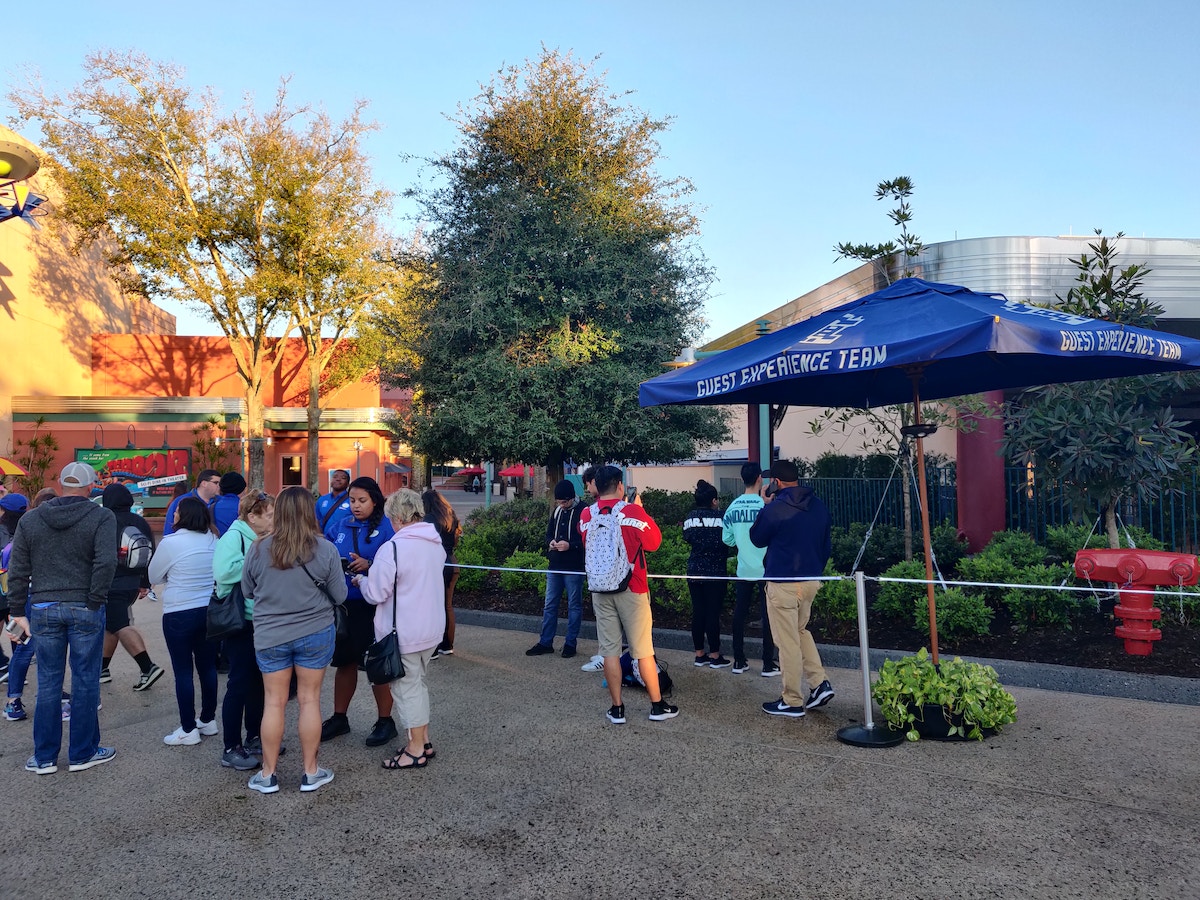 If you happen to be someone who either doesn’t own a smartphone, or the Rise of the Resistance boarding group reservation system consistently fails to recognize that you’re in the park, you’ll need to visit the Guest Experience Team in order to obtain a boarding group. The team pictured here is positioned near Star Tours, not far from where guests queue up for entry into Galaxy’s Edge, and the line was much, much shorter than the team positioned off of Hollywood Boulevard. 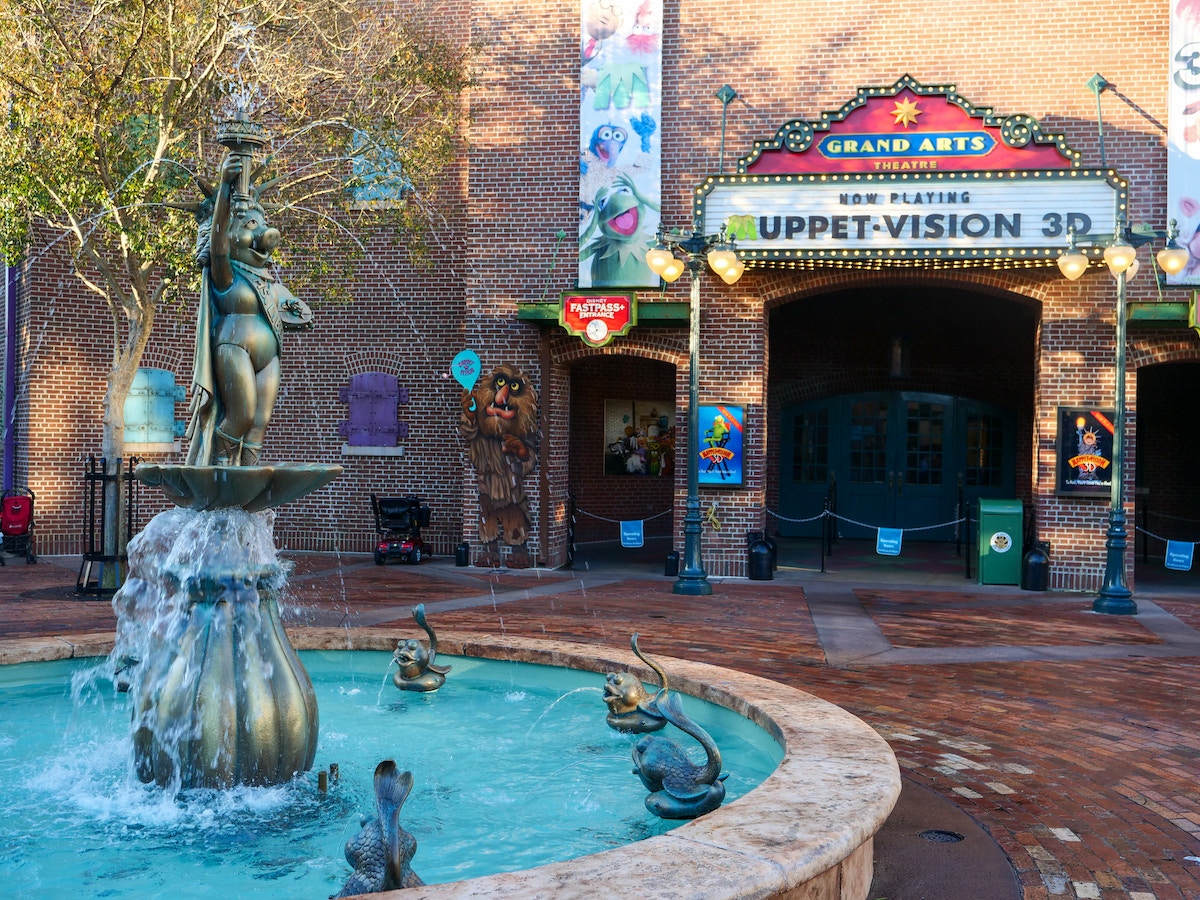 As we mentioned, guests can explore the Muppet Courtyard prior to Galaxy’s Edge (or the rest of the park) being officially opened. 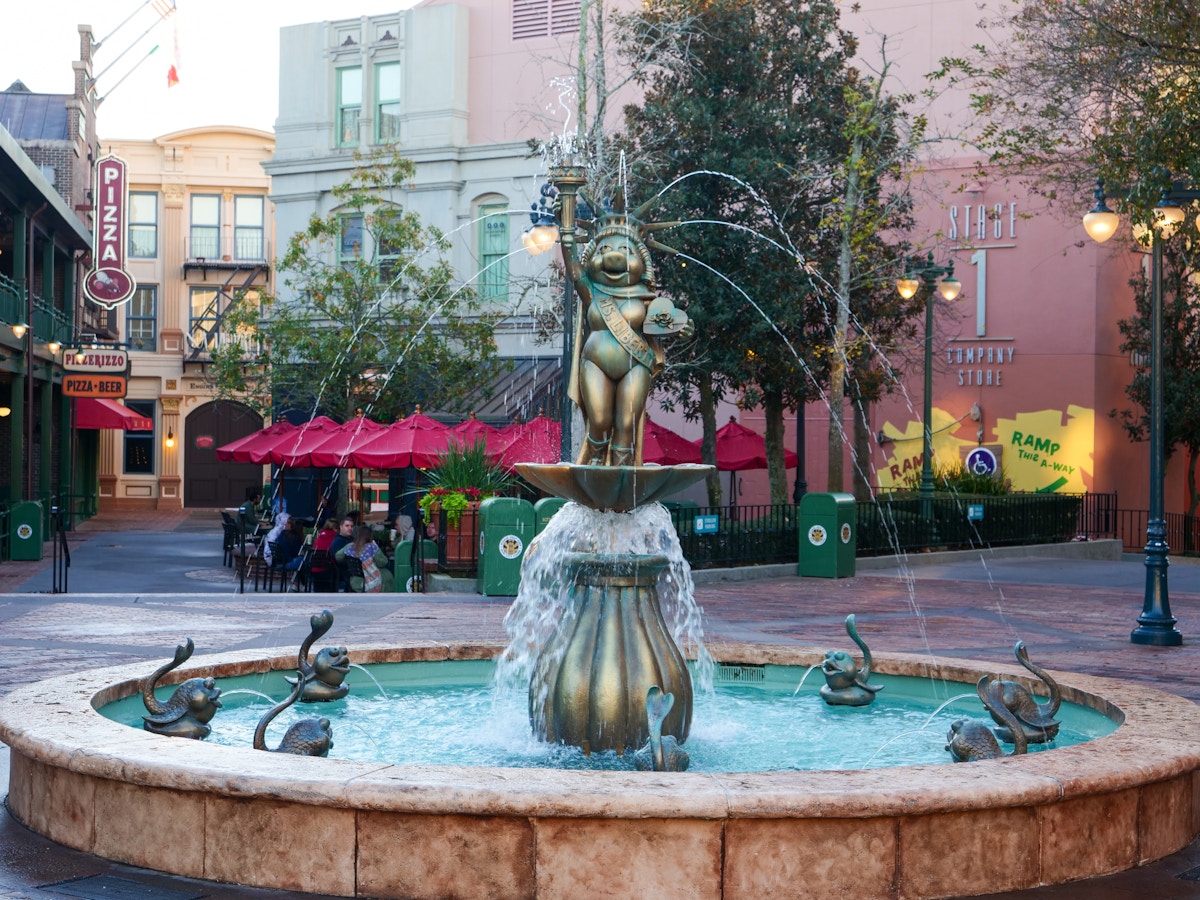 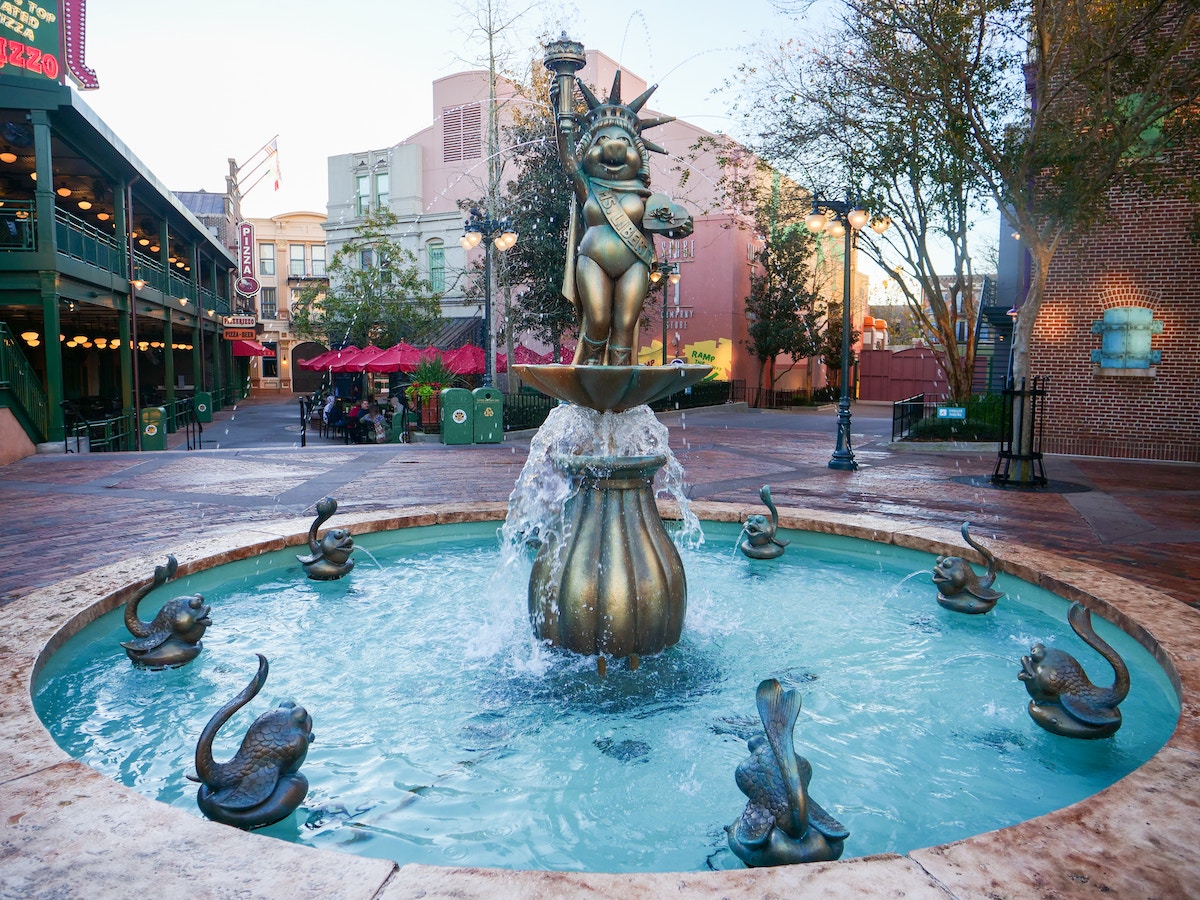 Water has returned to the fountain, bringing Miss Piggy back to her full former glory. 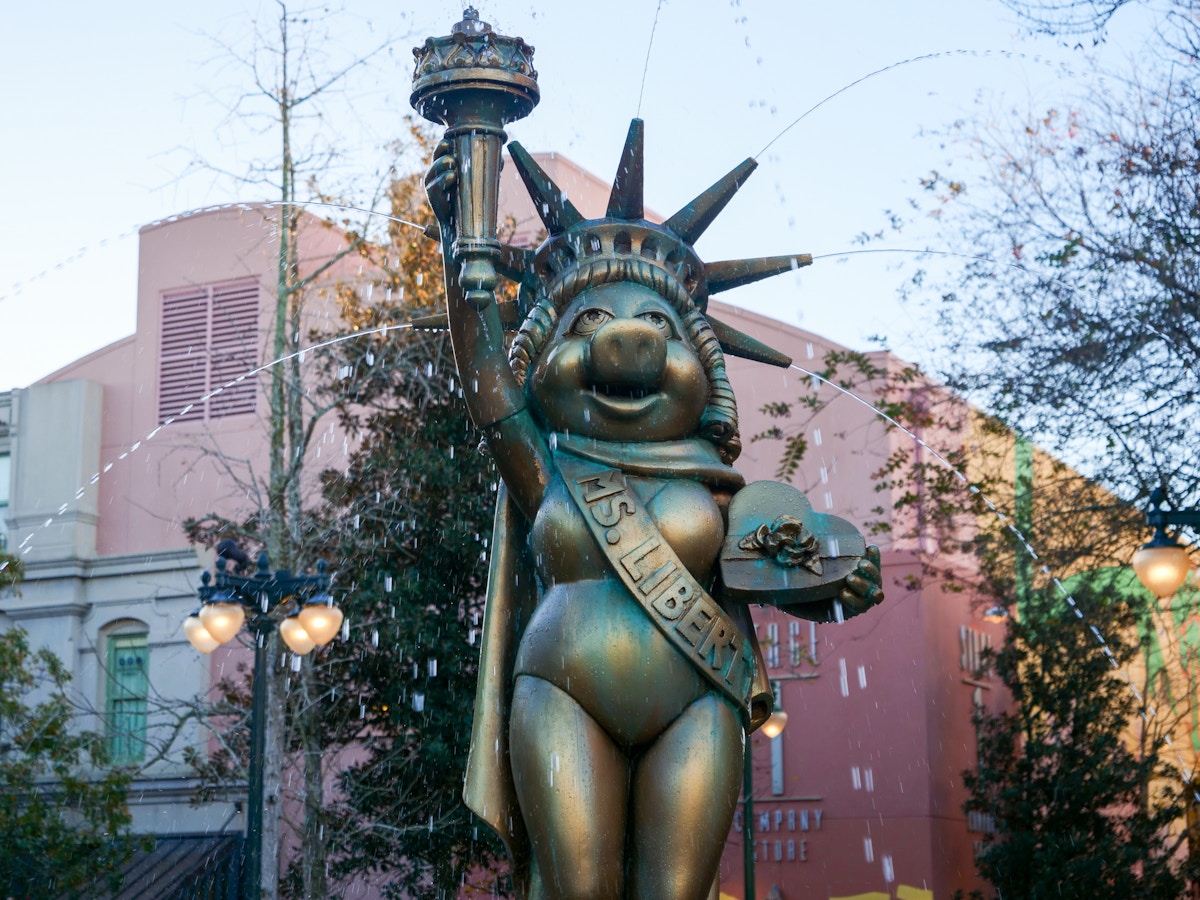 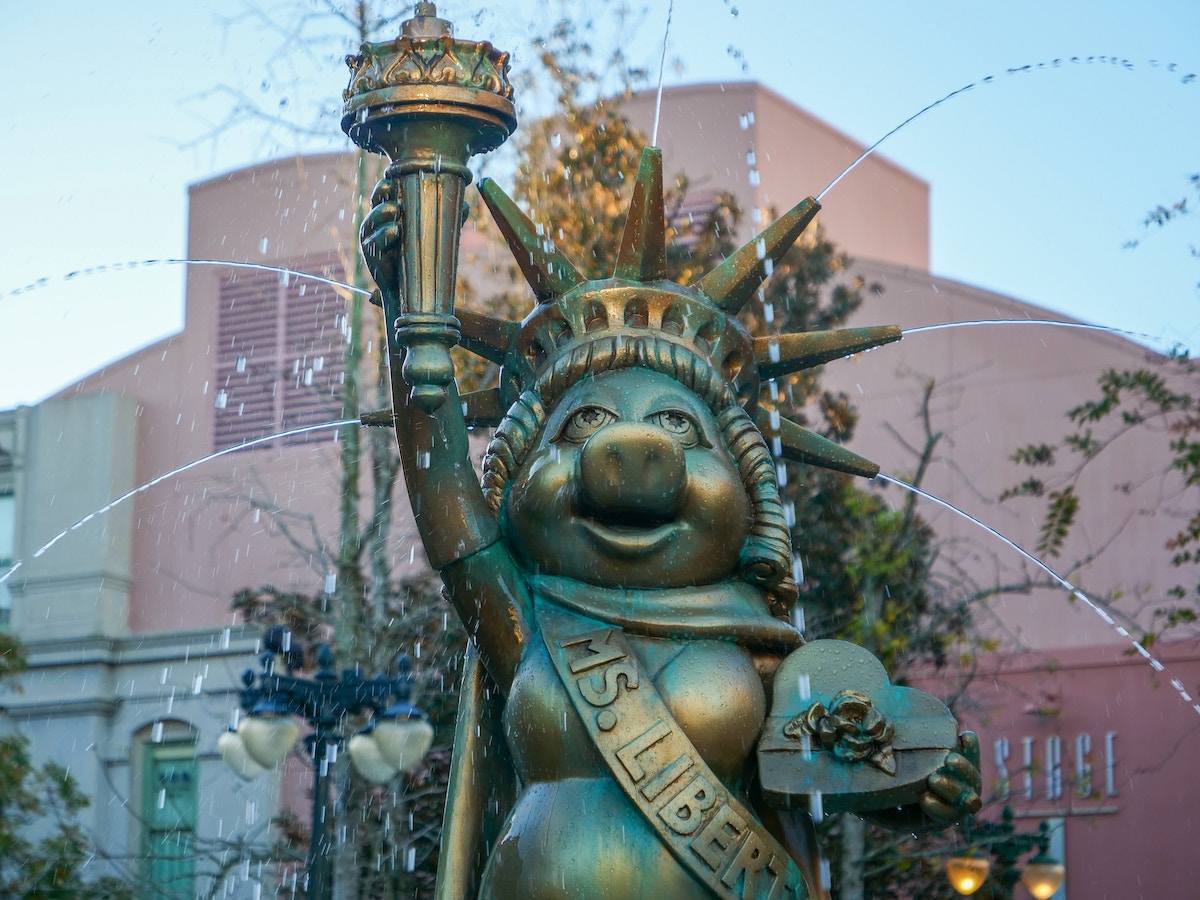 The fountain was surrounded by rolling shrubs during its refurbishment, and when it was finally revealed did not include any of the water features (or any water whatsoever). Now, the fountain has been hydrated, and we can see Miss Piggy in the liquid spotlight. Muppet Vision 3D, which was closed for refurbishment, has also reopened. Miss Piggy might argue that guests come to see her, and Muppet Vision 3D is just an added benefit, though. 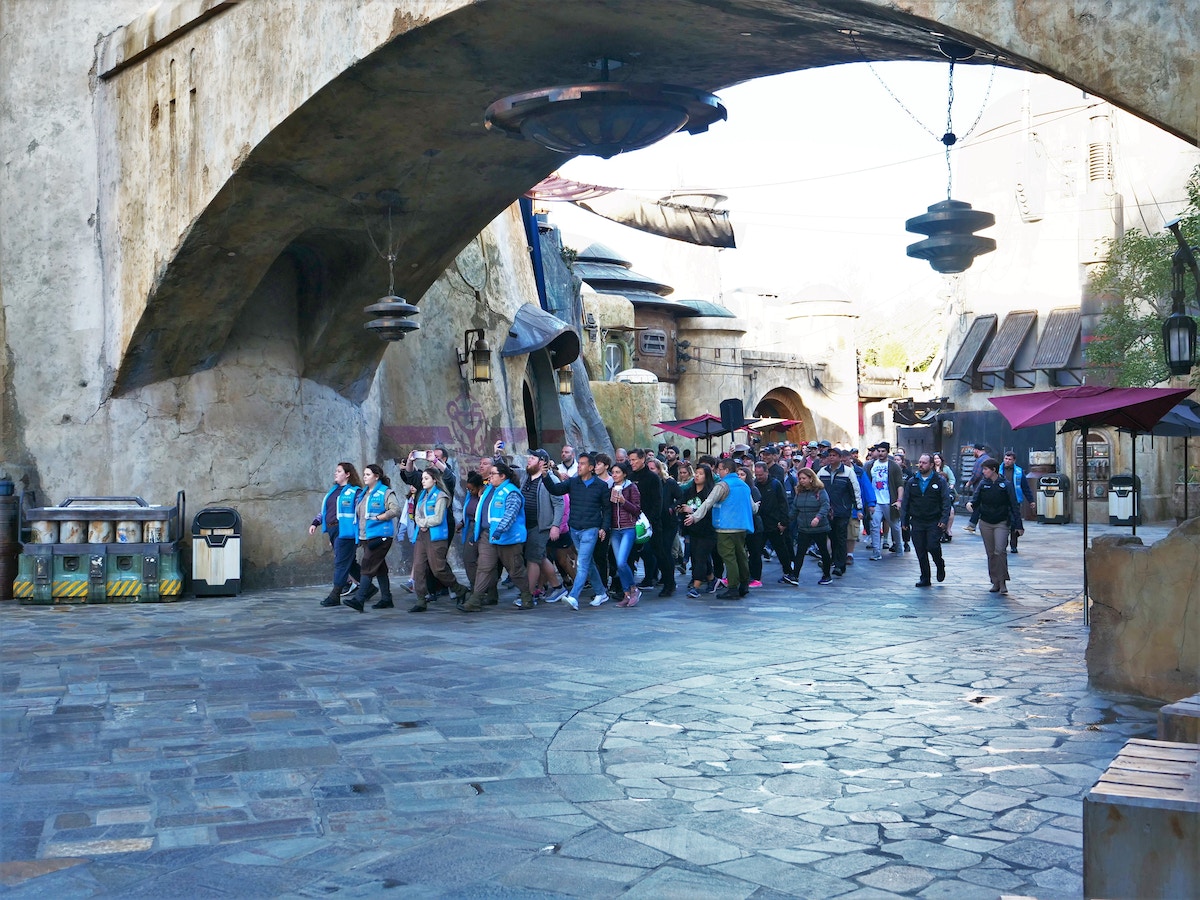 When entering Galaxy’s Edge, most guests want to ride Millennium Falcon: Smugglers Run. By virtue of entering the land at opening, you are in line for the attraction, and cast will guide you towards it. However, if you aren’t interested in riding it at that time, you’ll be able to break off from the pack and actually beat them to the Millennium Falcon. Seeing the first guests being ushered towards the attraction is quite a sight. 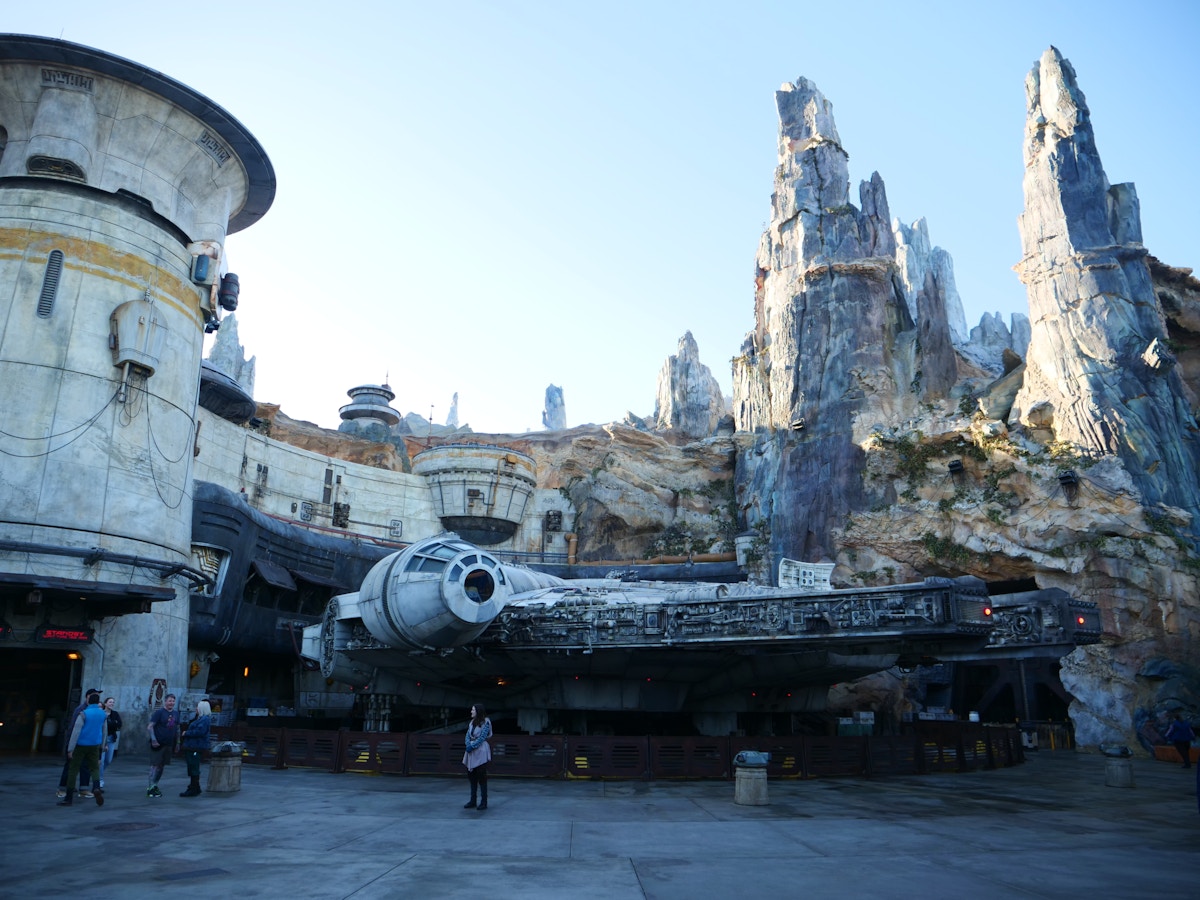 Another benefit to foregoing the ride at opening and getting ahead of that crowd is that you can take some fairly unobstructed photos. You’ll only have a matter of minutes, and you’ll need to be near the front of the line when waiting to enter the land, but you’ll be able to take home some rare shots of the land and its ships. 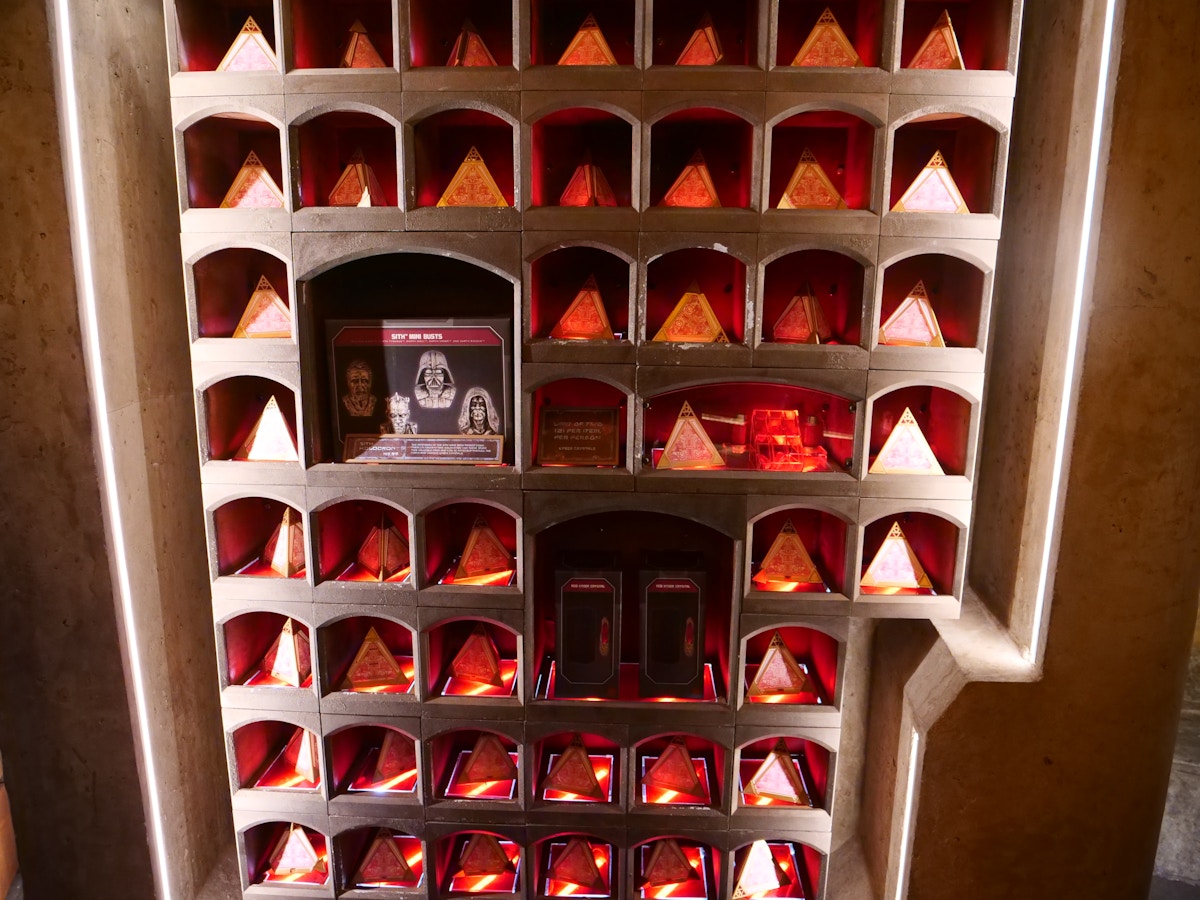 In other Batuuian news, the red Kyber crystal is again out of stock at Dok-Ondar’s Den of Antiquities, at least in packaged form. As was the case when the crystal was unavailable for nearly two weeks in January, loose crystals can be purchased by asking a cast member. 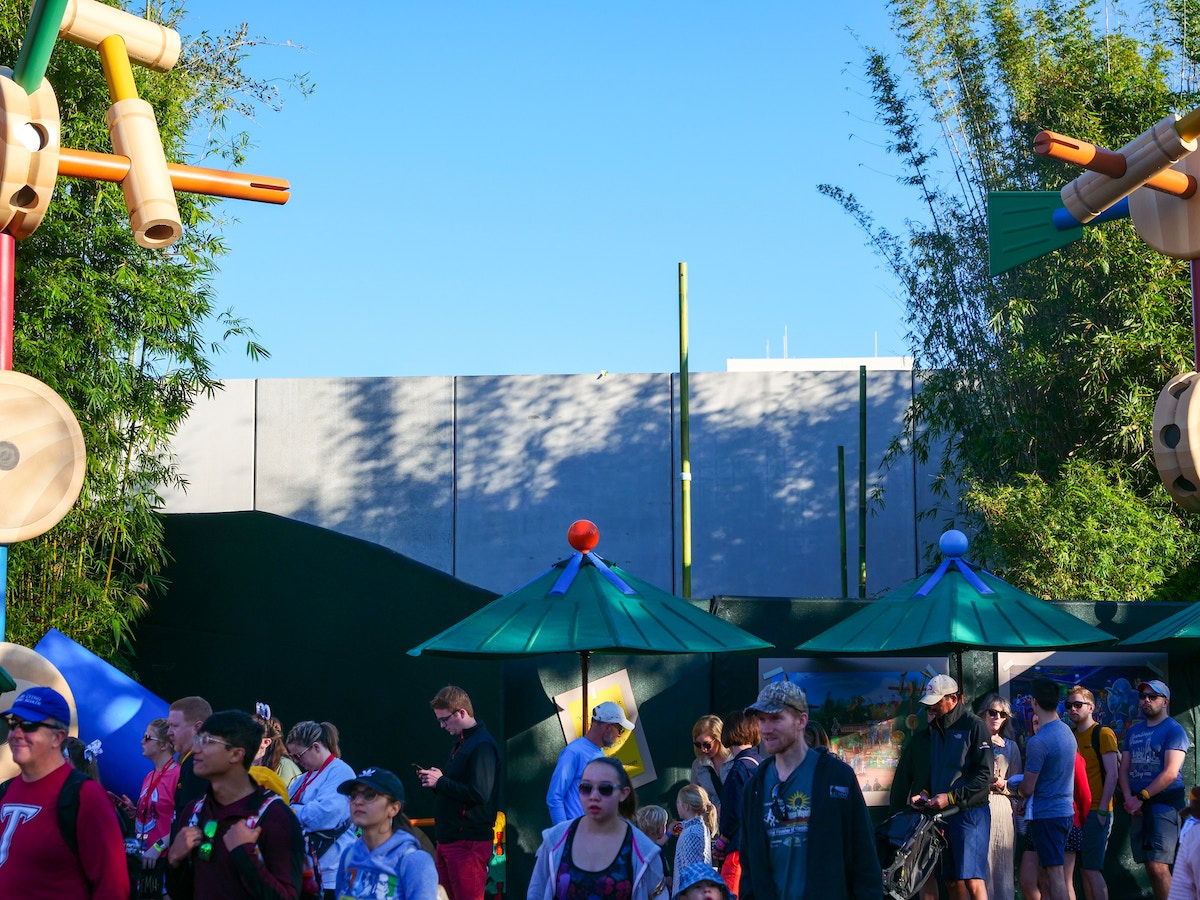 Circling over to Toy Story Land, we’re anxiously waiting for Roundup Rodeo BBQ, so we’re excited when we see progress on the building and entryway. 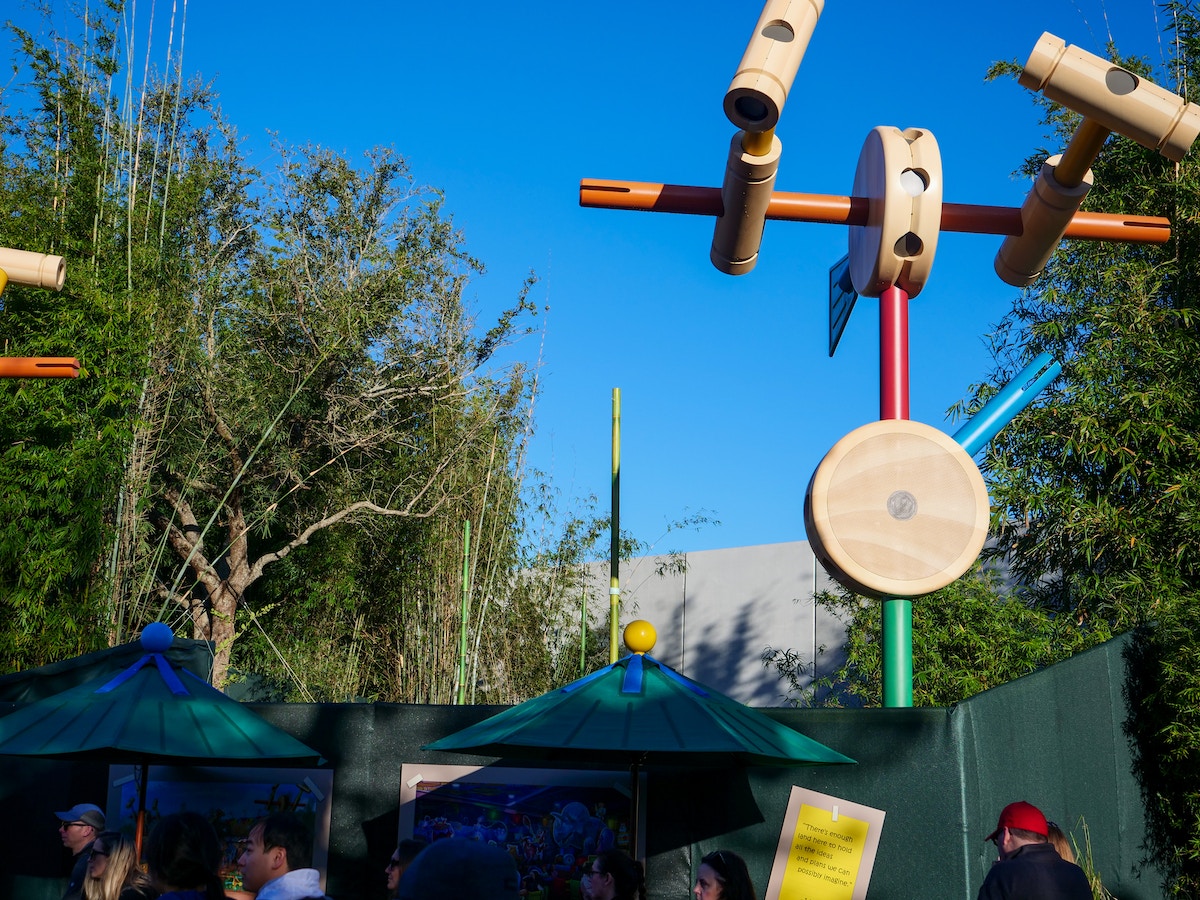 Unfortunately, there aren’t any visible changes to see today. If you want more details on this upcoming restaurant and much needed addition to Toy Story Land, head over to our detailed post with concept art and opening timeline. 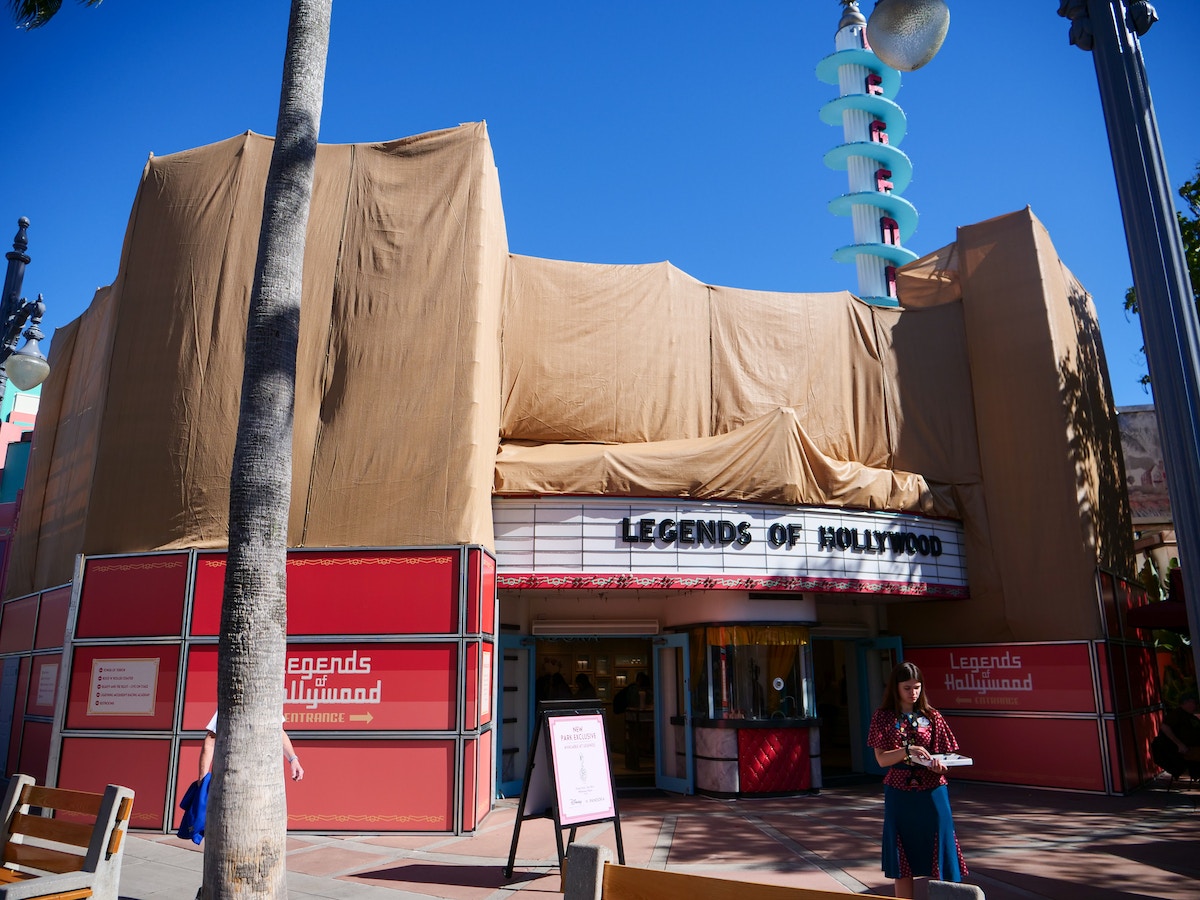 The exterior refurbishment of Legends of Hollywood was in a similar state as Roundup Rodeo BBQ, with no notable visible changes since our last visit. With the building now fully covered in walls and scrim, there won’t be too much to see until the neon is replaced or the structure is revealed again. 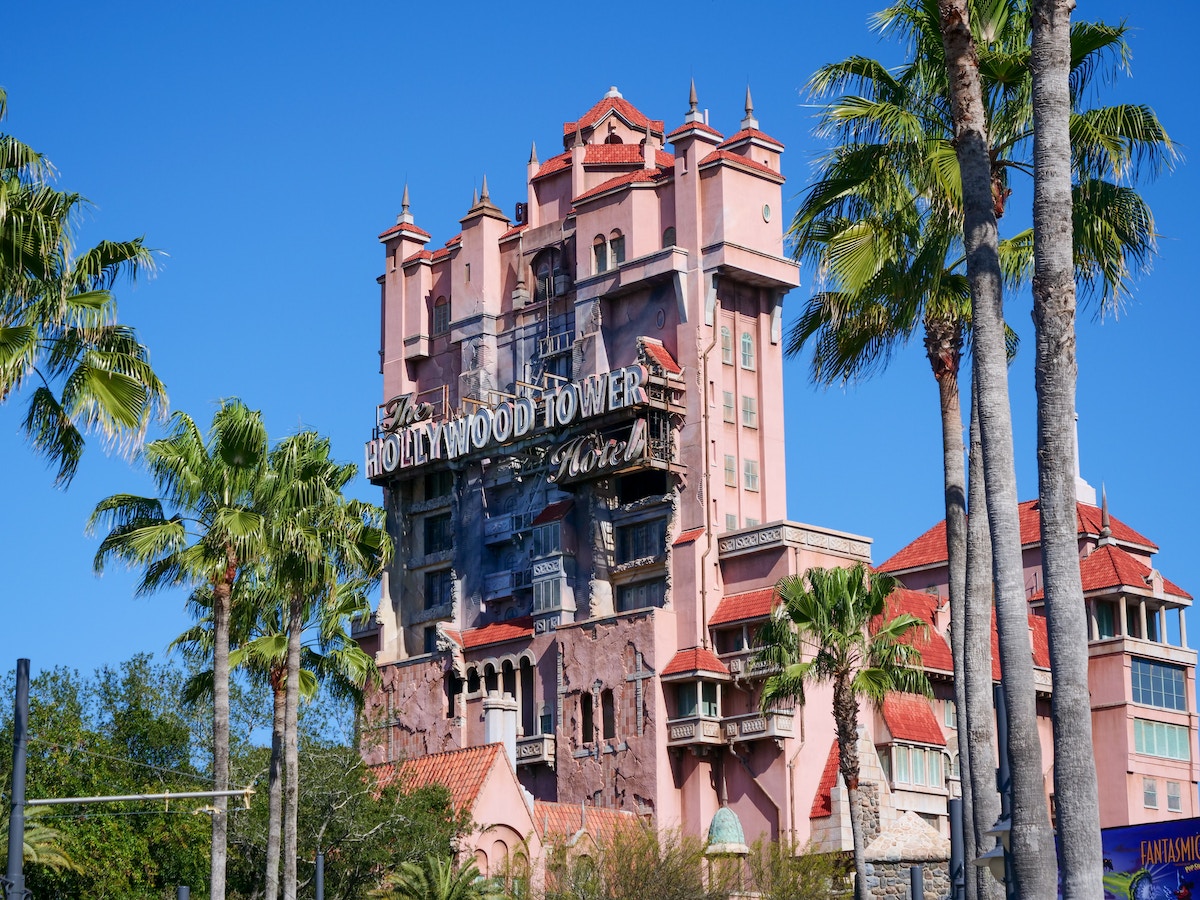 Further down Sunset Boulevard, The Twilight Zone Tower of Terror was operating at only half capacity for part of the morning, with the eastern drop shaft being out of service. The maintenance team was able to restore this portion of the attraction later in the morning, reducing wait times from 160 minutes to under 100. 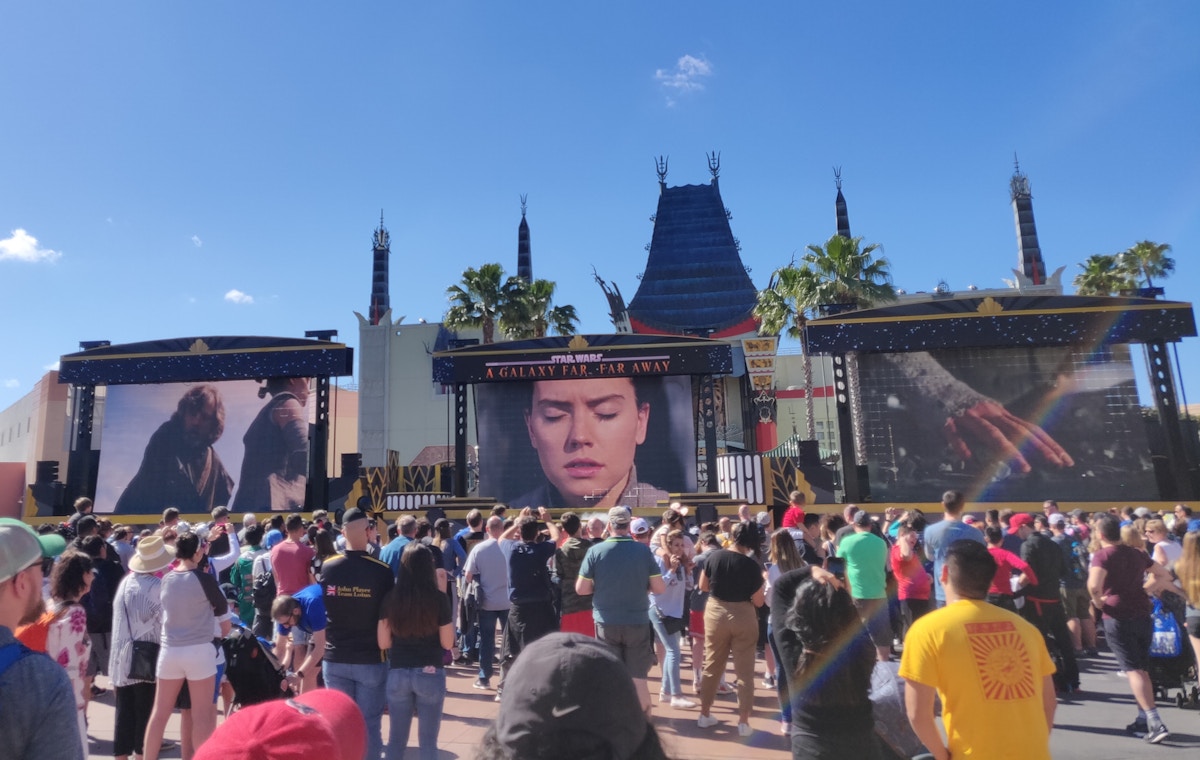 In the Center Stage area in front of the Chinese Theater, one of many daily performances of “Star Wars: A Galaxy Far, Far Away” is in progress. The show’s 4-year run, however, will soon be coming to an end. For more details, including the potential time frame for the show to end, read our full post on the story. 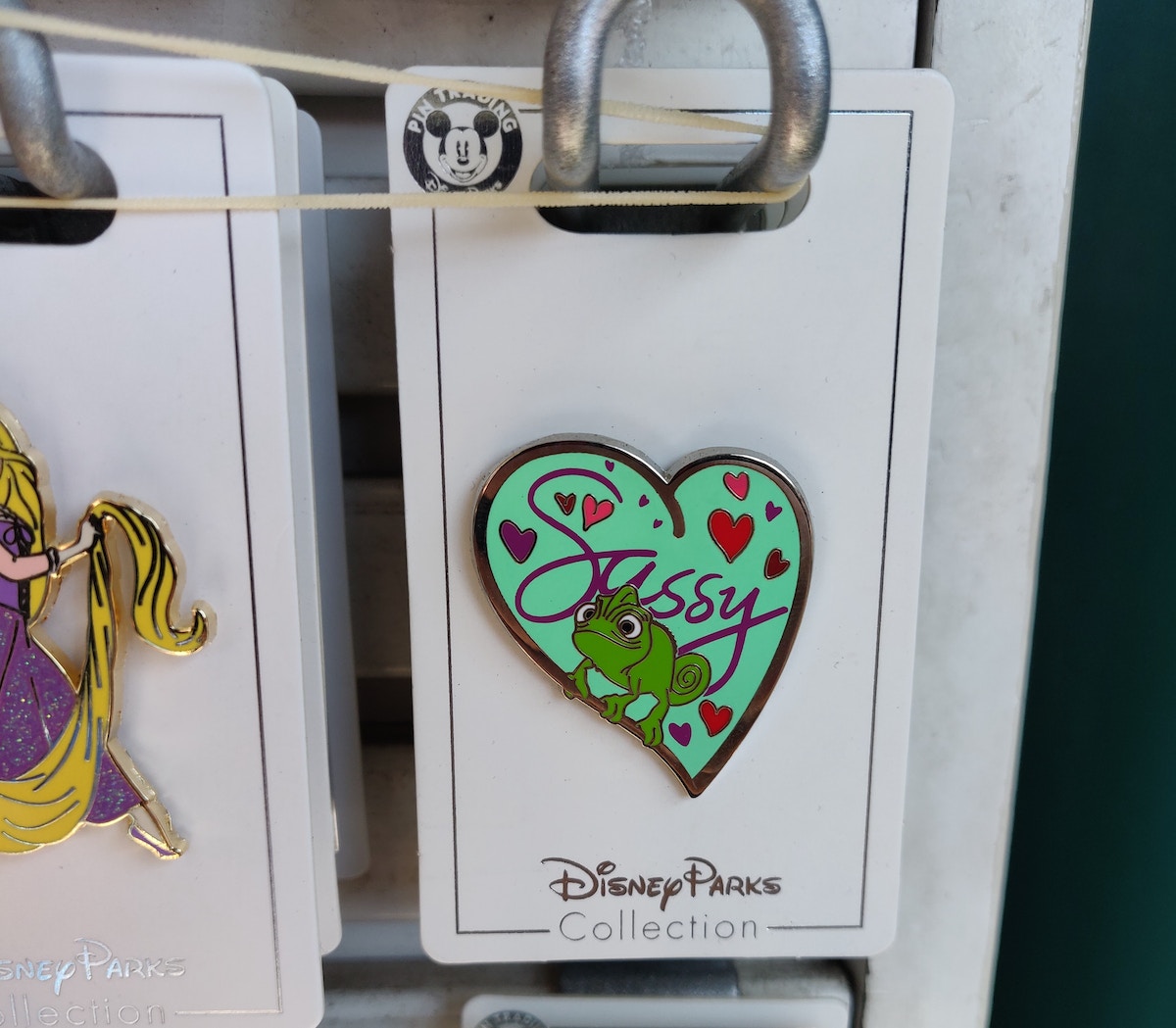 Don’t forget that Valentine’s Day is less than a week away! If your special someone happens to be a fan of Pascal, this pin would make a lovely gift. It’s available at Crossroads of the World, the shop that sits front and center when you enter the park. 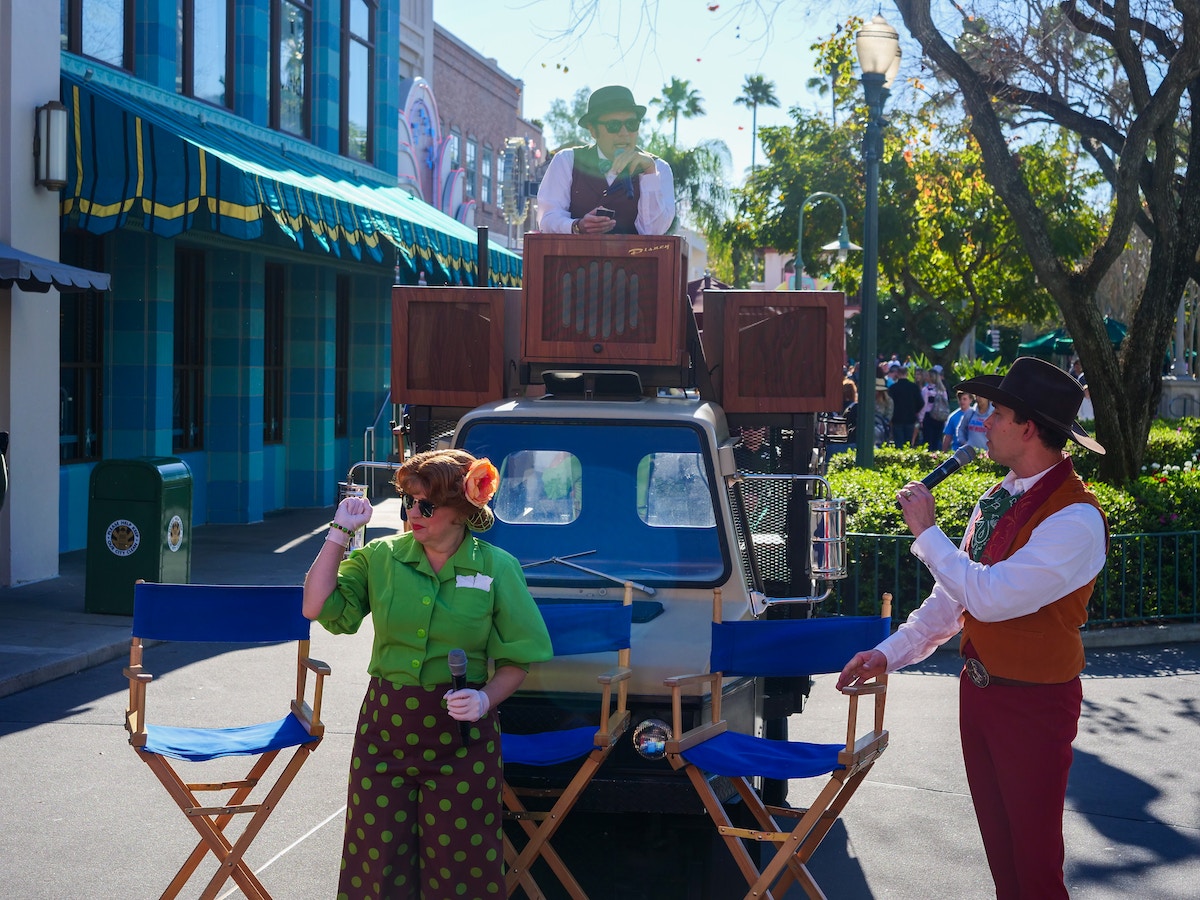 Finally, as we headed towards the exit, we were able to watch the Citizens of Hollywood and their KPUT Radio ‘broadcast’. In this interactive production, guests are challenged with trivia and “what’s in your bag” type games, and rewarded with prizes for their efforts.

We hope you enjoyed following along through Disney’s Hollywood Studios. Are there any changes that have or will be happening in the park that you’re most excited or disappointed by? Let us know in the comments!