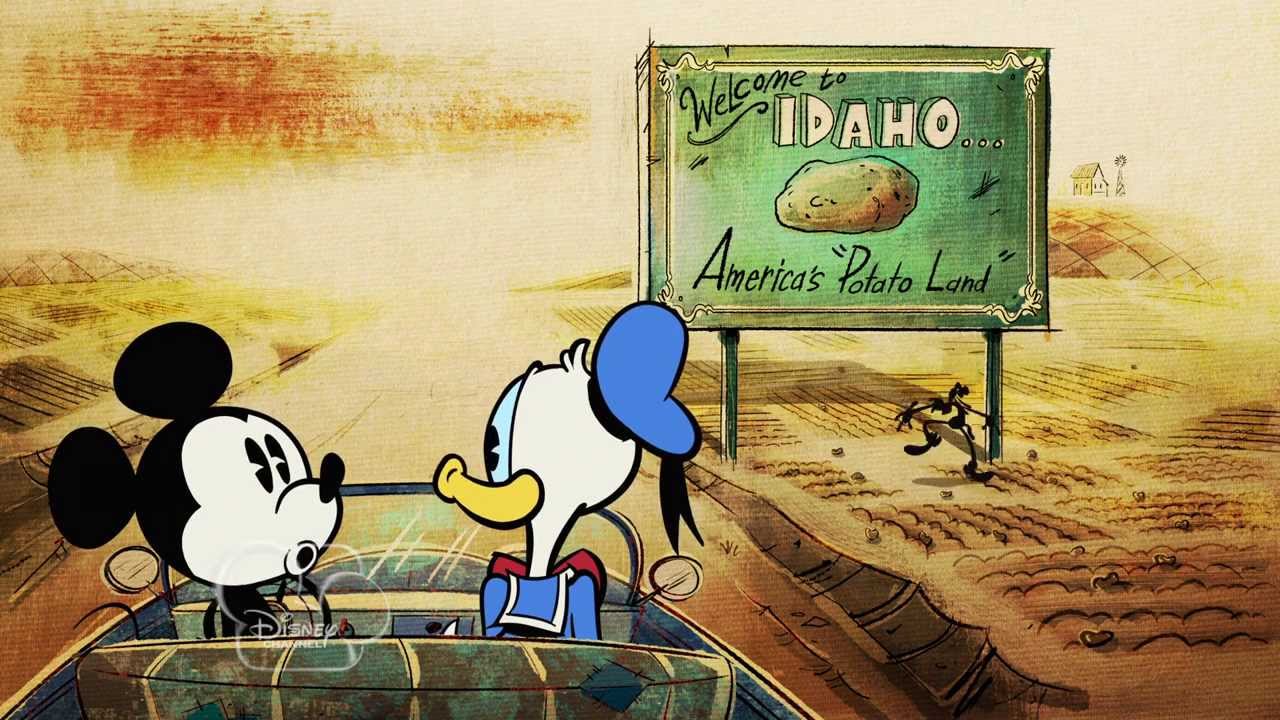 Mickey & Minnie’s Runaway Railway is opening in under a month (you can already get FastPasses for the attraction!) add it seems final details on the attraction are being revealed to further build hype for Walt Disney World’s second-ever trackless ride. Now, thanks to Mickey Mouse shorts composer Christopher Willis, we know that a beloved spud-based song will be featured inside the attraction’s queue.

“Potatoland” is the thirteenth episode of the newer, divisive Mickey Mouse shorts. It is notably a special “double-sized” episode at seven minutes in length, having aired on November 18, 2013 to celebrate Mickey’s 85th birthday. As part of the plot, Goofy longs to visit the fictional “Potatoland” theme park. Alongside Mickey and Donald, the three of them set out to visit the park, driving over four days without stopping… before realizing that the park was just a figment of Goofy’s imagination. 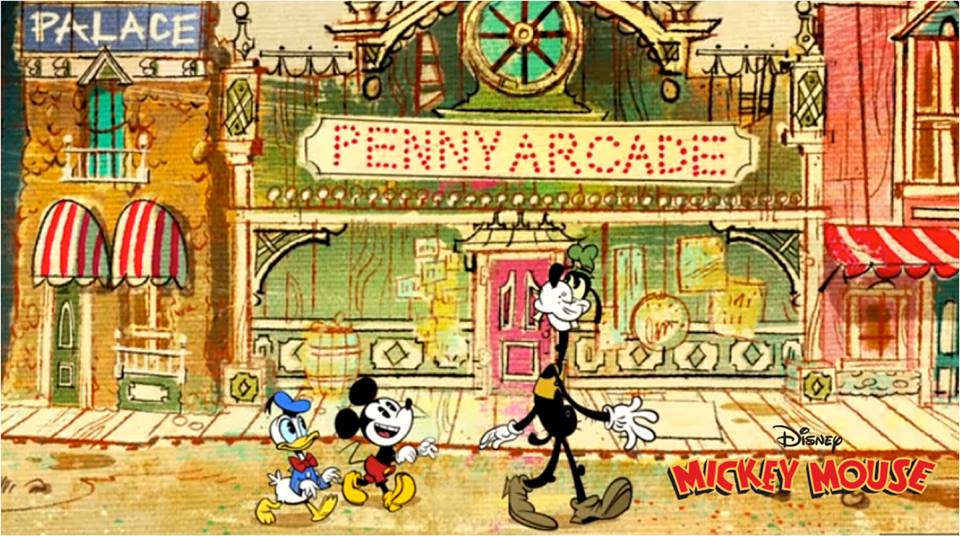 In an attempt to amuse Goofy, Mickey and Donald then create Potatoland from scratch, and the potato-themed park features a bunch of fun tongue-in-cheek versions of classic Disneyland attractions, like King Arthur’s Carrousel, The Haunted Mansion, and even “Great Moments with Mr. Potato”. There’s even a Main Street, complete with a Penny Arcade. Eventually, the entire hastily-built park melts in a chaotic flood of gravy. 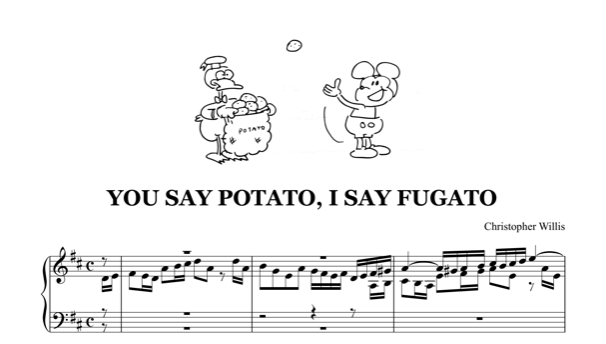 As part of the queue, Willis has created a Potatoland fugue titled, “You Say Potato, I Say Fugato” which will play throughout the queue, interweaving with other songs based off of the popular Mickey Mouse animated shorts series. Sheet music for the Potatoland song can be found here.

Needless to say, if you’re a fan of the new shorts, you’re going to love this new attraction. You can watch the famed Potatoland short here.

Are you excited for the opening of Mickey & Minnie’s Runaway Railway? We sure are. In the meantime, you can check out the new neon marquee that was just installed for the attraction here.

Previous
All of the New “Cinderella” 70th Anniversary Treats (with Reviews!) at Walt Disney World

Next
PHOTOS: Sneak Peek of New Villains’ Cursed Caravan Parade for Disney Villains After Hours 2020 at the Magic Kingdom