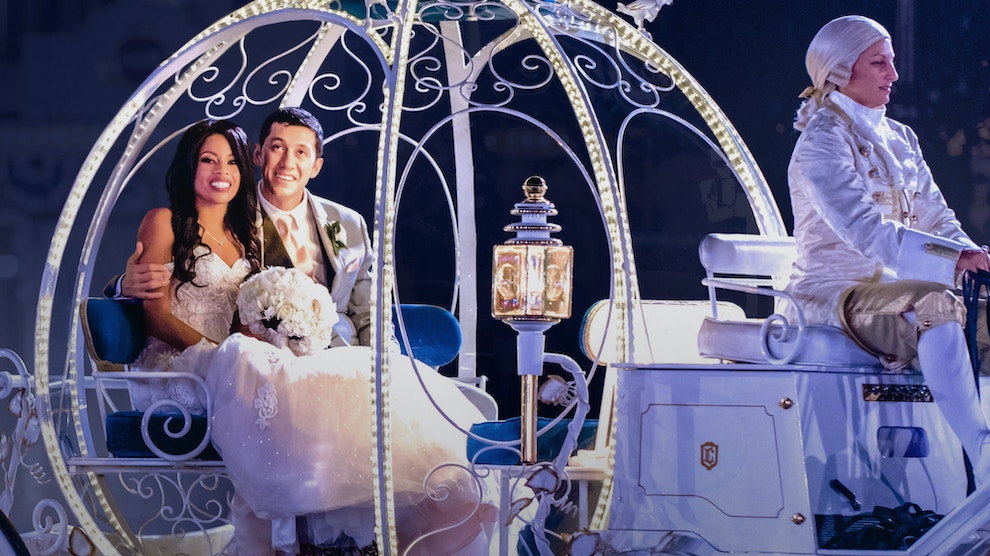 Ready to head down the aisle again? 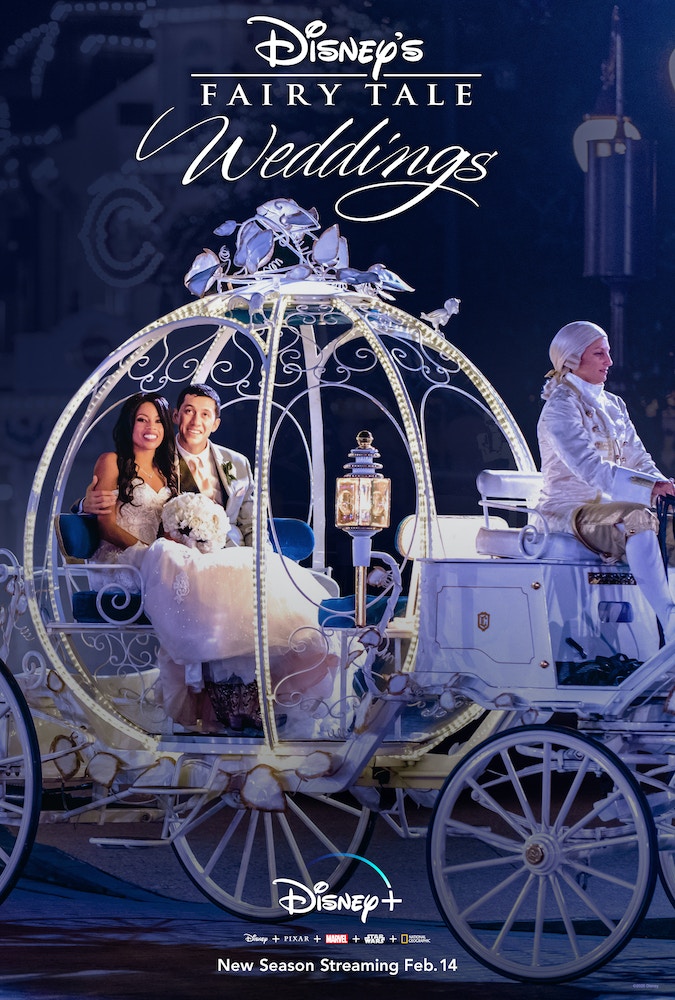 The second season of “Disney’s Fairy Tale Weddings” premieres on Disney+ appropriately enough on Valentine’s Day, Friday, February 14th. This is the first season of the show to premiere exclusively on the streaming service, having aired previously on Freeform in 2018.

“Disney’s Fairy Tale Weddings” returns for an all-new season only on Disney+, with new couples, surprise musical performances, unexpected appearances, captivating celebrations, and of course, lots of Disney magic. From epic hidden camera engagements to romantic fairy tale weddings, each episode will showcase enchanting stories and spectacular settings from Disney destinations around the globe. The first season is now streaming exclusively on Disney+.

Hosted by real-life couple Stephen “tWitch” Boss (“The Ellen Show”) and Allison Holker (“Dancing with the Stars”), the series goes inside the intimate plans of each couple as they celebrate their unique love stories with the help of Disney’s Fairy Tale Weddings & Honeymoons. From Freeform Studios, “Disney’s Fairy Tale Weddings” is produced by T Group Productions, Roberts Media, and Legacy Productions, with Ann Lewis Roberts and Simon Lythgoe serving as executive producers.

Check out what’s happening this season below!

Keep reading WDWNT for news on everything new coming to Disney+!

“The Mandalorian” Returns For Season Two This October on Disney+