When he’s not making guest appearances on Pawn Stars or designing revolutionary new scooter mobility systems, what does Bob Gurr do in his spare time? Well, right now, he’s sheltering in place just like the rest of us––except he’s living his best life in his own Imagineer-esque way.

The 88-year-old former Imagineer was awarded Disney Legend status in 2004 after a near 40-year-run with Walt Disney Imagineering. He is the living embodiment of his favorite moniker, “While alive, live!” Bob is credited with designing many, if not all, of the ride vehicles for Disneyland. Some of the notable credits include the Autopia car, Haunted Mansion Doombuggy, Disneyland Monorail, Matterhorn Bobsled, and the submarines for the Submarine Voyage attraction… so it’d only make sense that he’d spend his evenings at home sitting inside his very own ride vehicle from Mr. Toad’s Wild Ride. 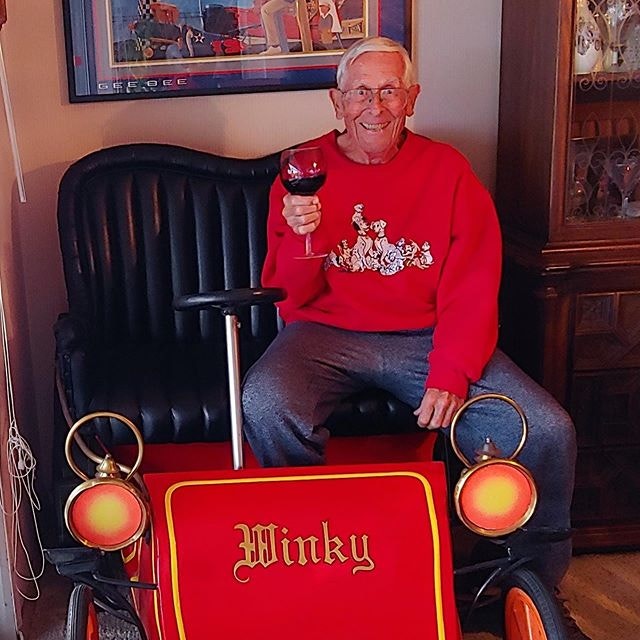 Gurr posted on his Instagram page (yes, he has an Instagram) outlining his days at his home resort: 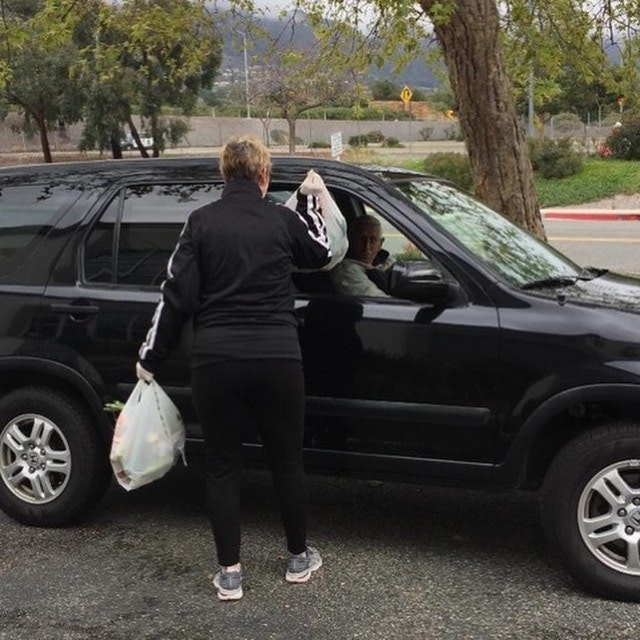 Gurr described how he got groceries for the day in lieu of heading to the store:

“I’m having a blast here at my Quail Ridge Resort in the beautiful Tujunga Mountains north of Los Angeles. I have food for many weeks. My local YMCA Gym has drive-thru free veggies for seniors. The ladies there took my photo as I received my free bag. I cook two or three hot meals every day. But before dinner, I celebrate each sunset with a wonderful libation in my very own 1955 Disneyland Mr. Toad Car, “Winky”.” 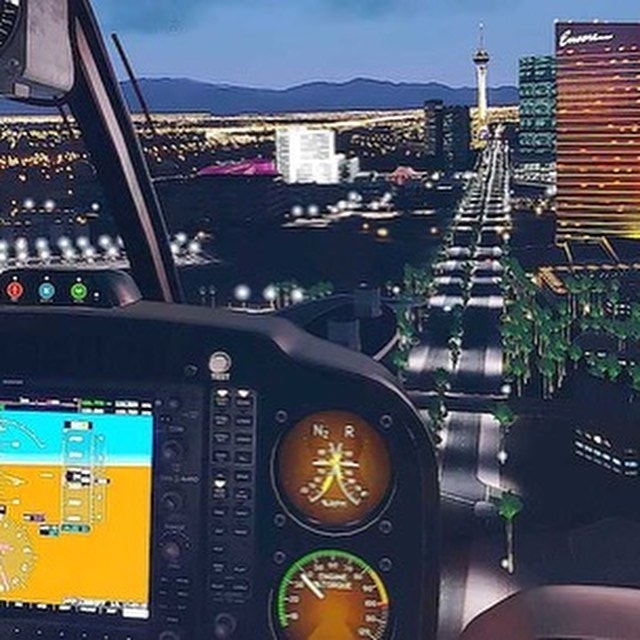 How does an Imagineer get over the feeling of being trapped at home? He just casually goes on his flight simulator:

“Every night I get to travel anywhere in the World I would like to visit. How? With my home Xplane flight simulator. Some nights I’m in Zermatt circling the real Matterhorn in my big helicopter and just the other night I buzzed through the Las Vegas Strip in my cute little chopper.” 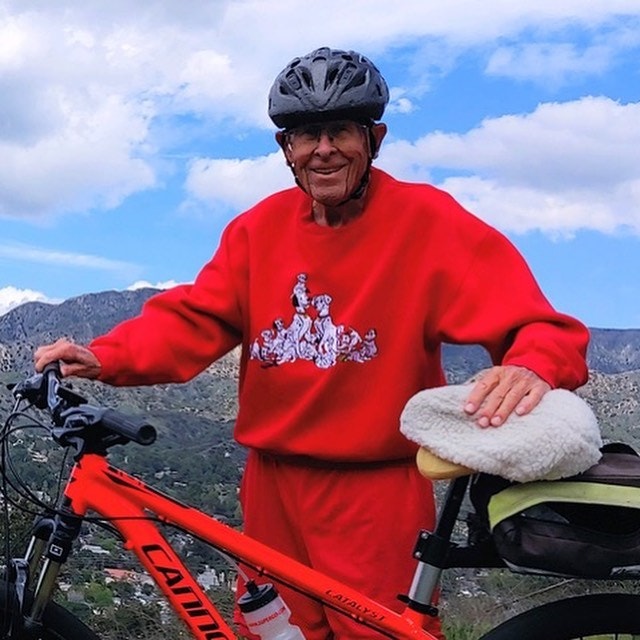 Many of us have taken to the great outdoors for social distancing and exercise. Bob heads out for 12-mile bike rides on his bright red bike… it matches his shoes! (I particularly appreciate the fuzzy sherpa bike seat cover.)

“I keep up with all the news, do project research, and learn new skills. Anytime the weather’s great, I head out for a 12-mile bike ride – yeah, RED bike, matches my red shoes.”

Bob Gurr isn’t the only Imagineer who’s taken to social media during the quarantine. Don’t miss out on Imagineer Joe Rohde’s Instagram Essays on Inspiration Behind the Tree of Life and The Adventurers Club at Walt Disney World