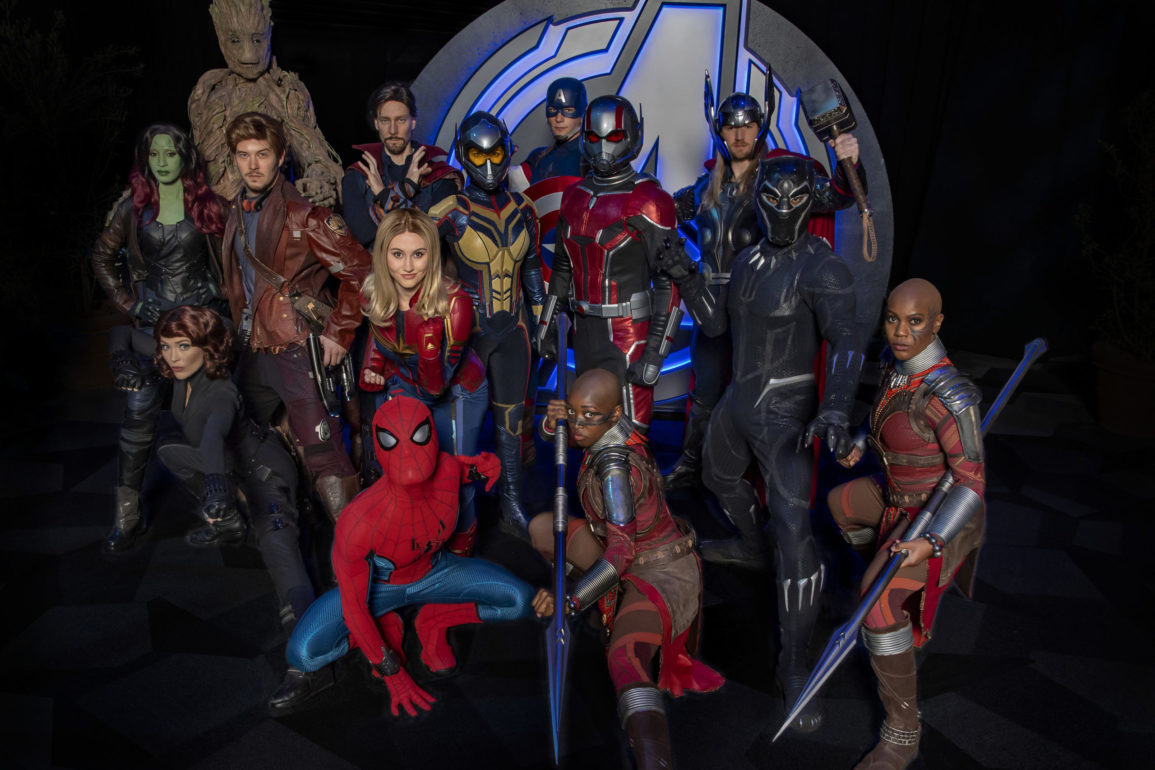 PHOTOS: Full List of Heroes (and Villains) Assembling for Meet and Greets at MARVEL Avengers Campus in Disney California Adventure

MARVEL Avengers Campus opens July 18th at Disney California Adventure, and your favorite heroes (and some bad guys) are assembling to see you!

Dan Fields, executive creative director for Disney Parks Live Entertainment, states unequivocally, “This is going to be the largest assembly of these heroes anyplace, anytime, anywhere. We really have a place for them to live and work and play and protect and train.” 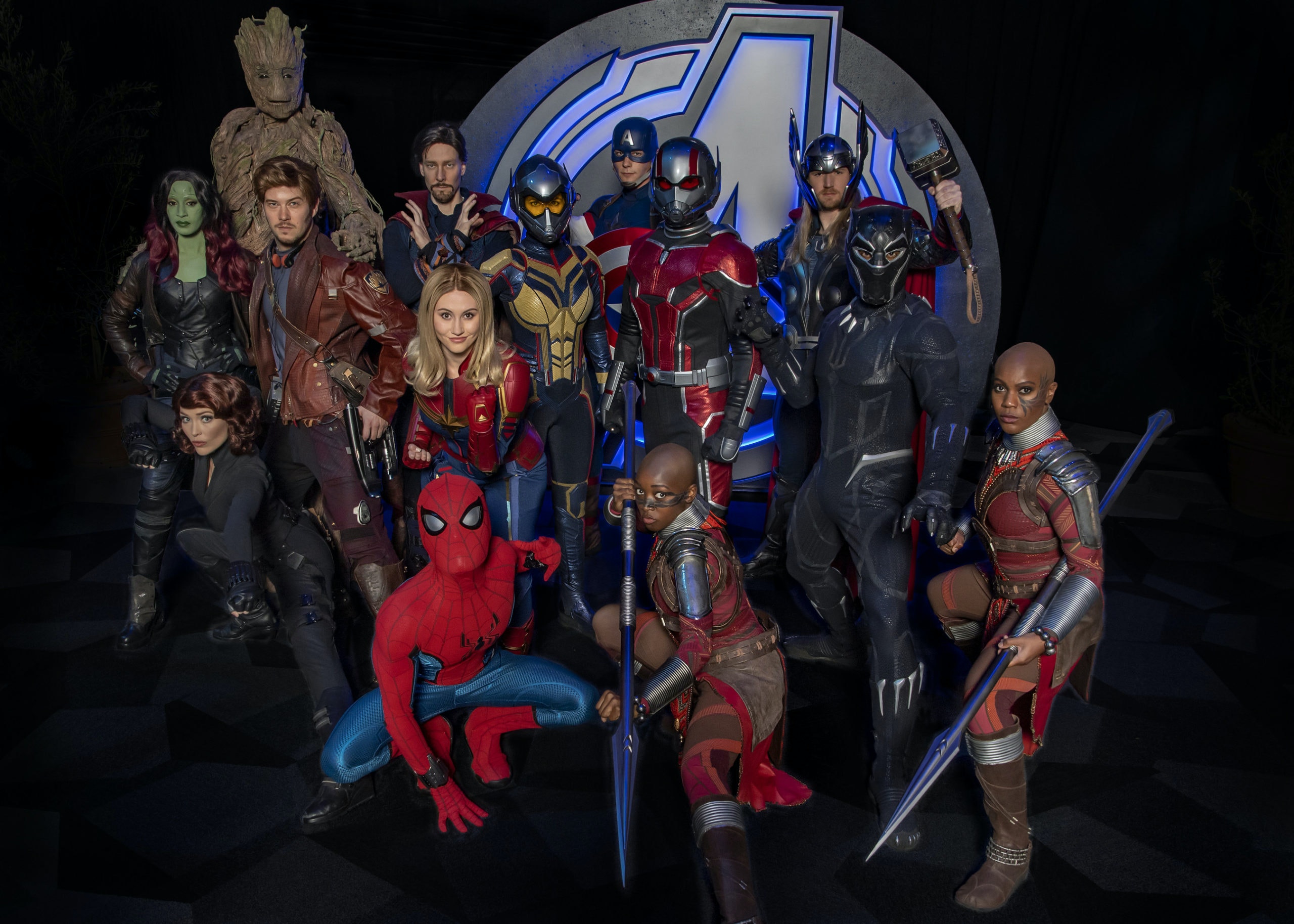 In addition to Spider-Man, who will be based at WEB; and Doctor Strange, who will most often be found in The Sanctum, guests may have heroic encounters with Black Widow; Ant-Man and The Wasp, making their Disneyland Resort debuts; Captain Marvel; Captain America; the Guardians of the Galaxy; Iron Man; Black Panther; and Thor. Plus, the beloved mischief-making anti-hero Loki will also be on hand to do what Loki does best, and Groot will continue to roam near Guardians of the Galaxy – Mission: BREAKOUT!

Here’s a look at what all of the Avengers will look like while roaming the campus: 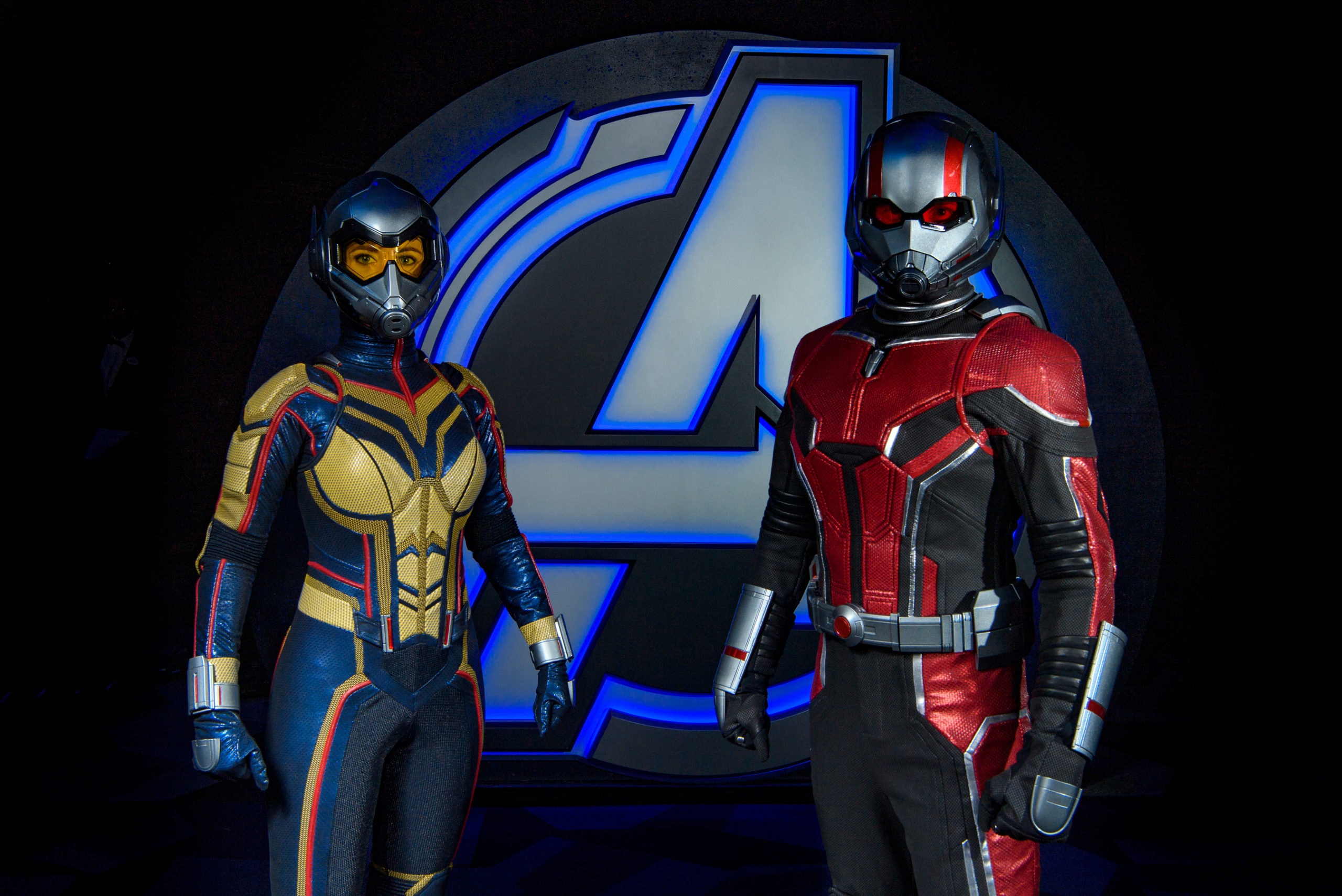 Ant-Man and The Wasp will be making their first appearances in the park, and Iron Man himself will be debuting his new armor in Avengers Campus: the Mark 80. 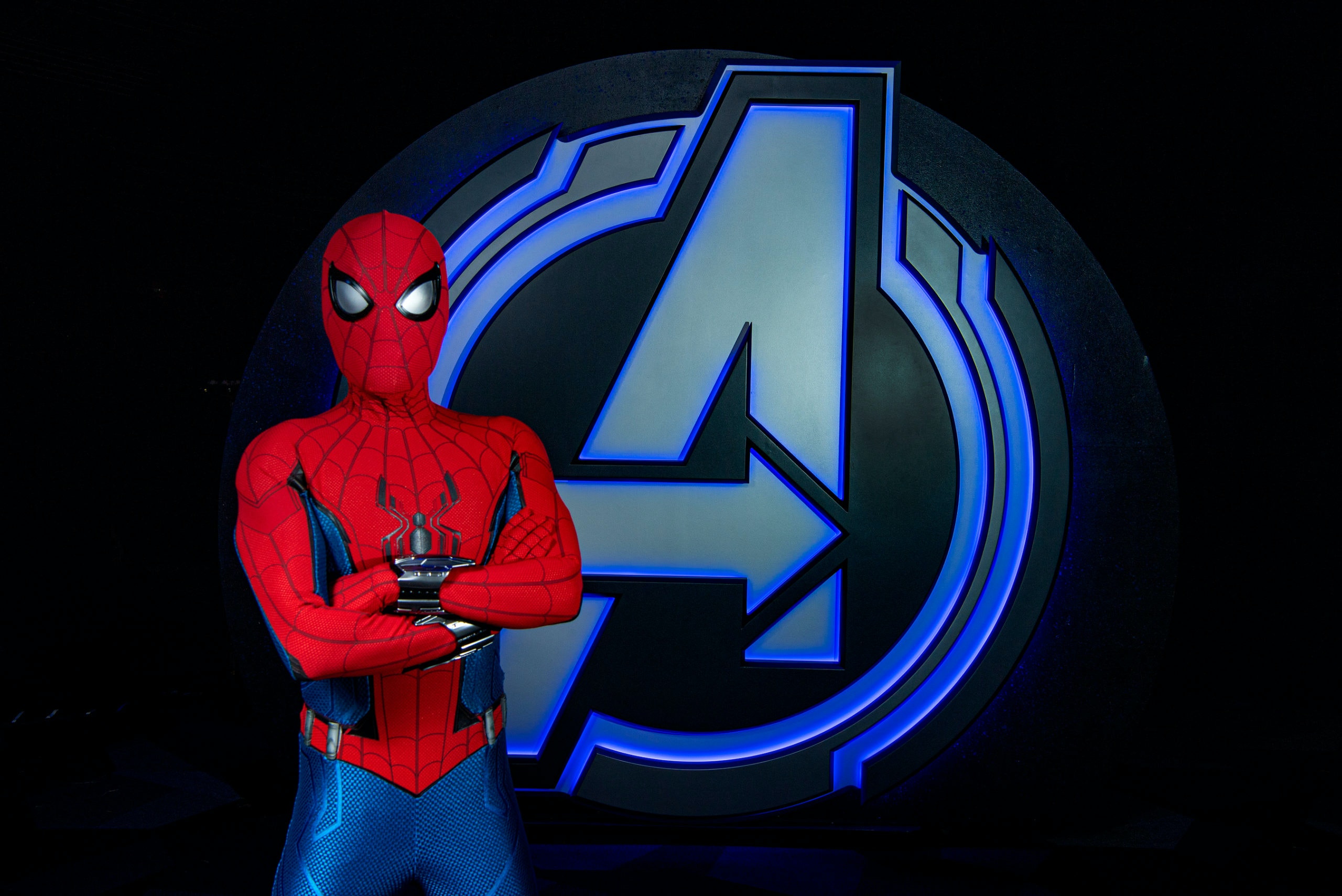 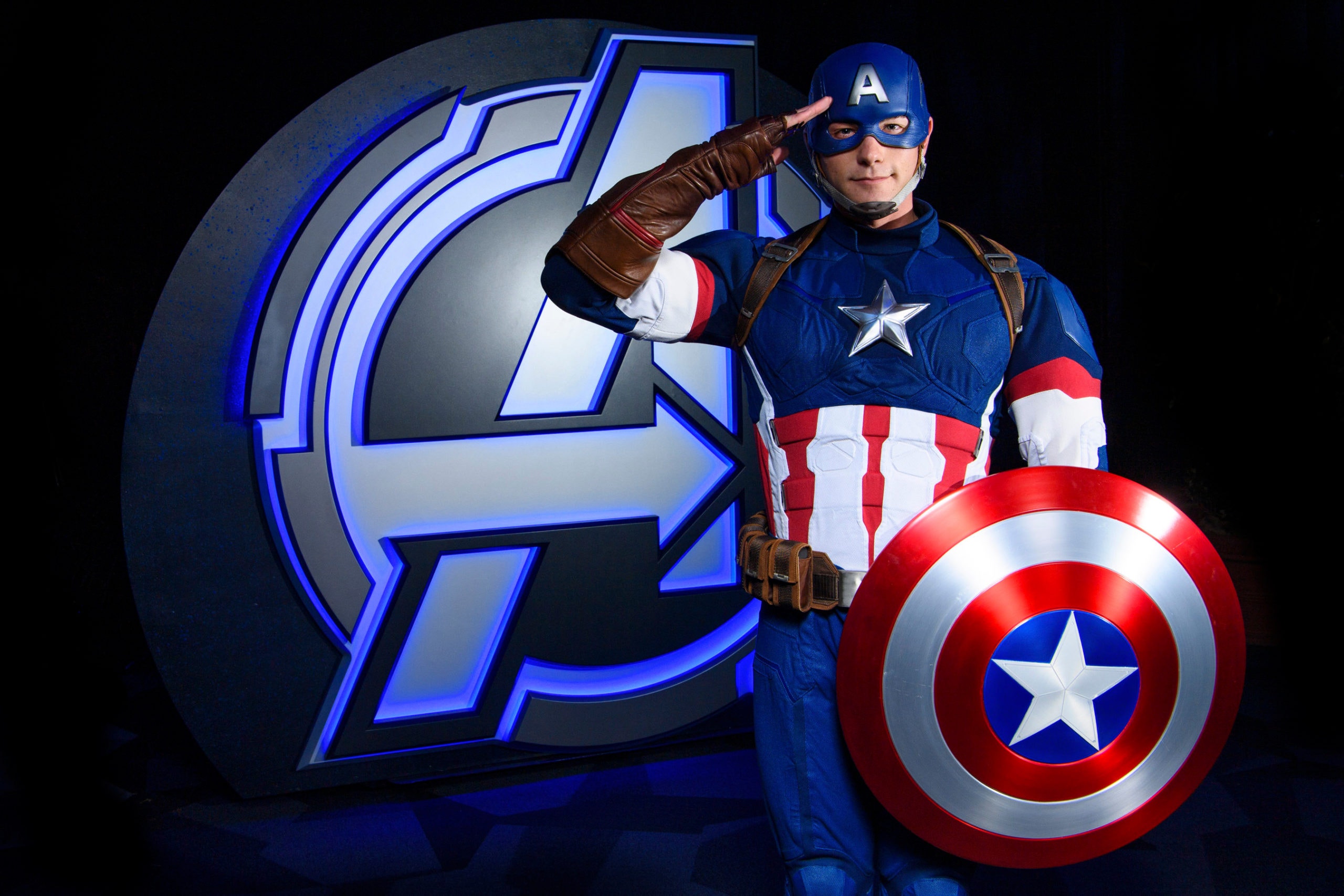 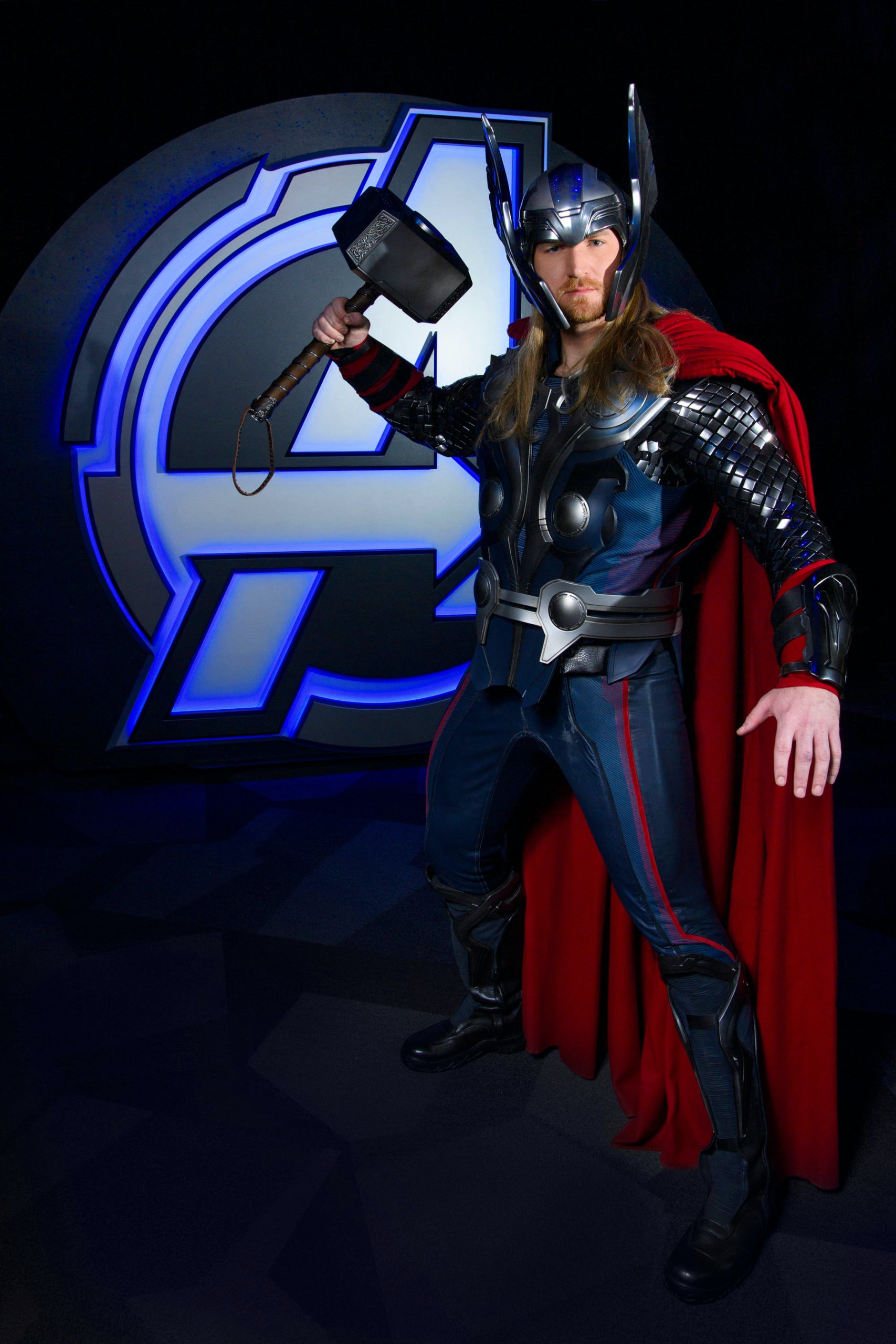 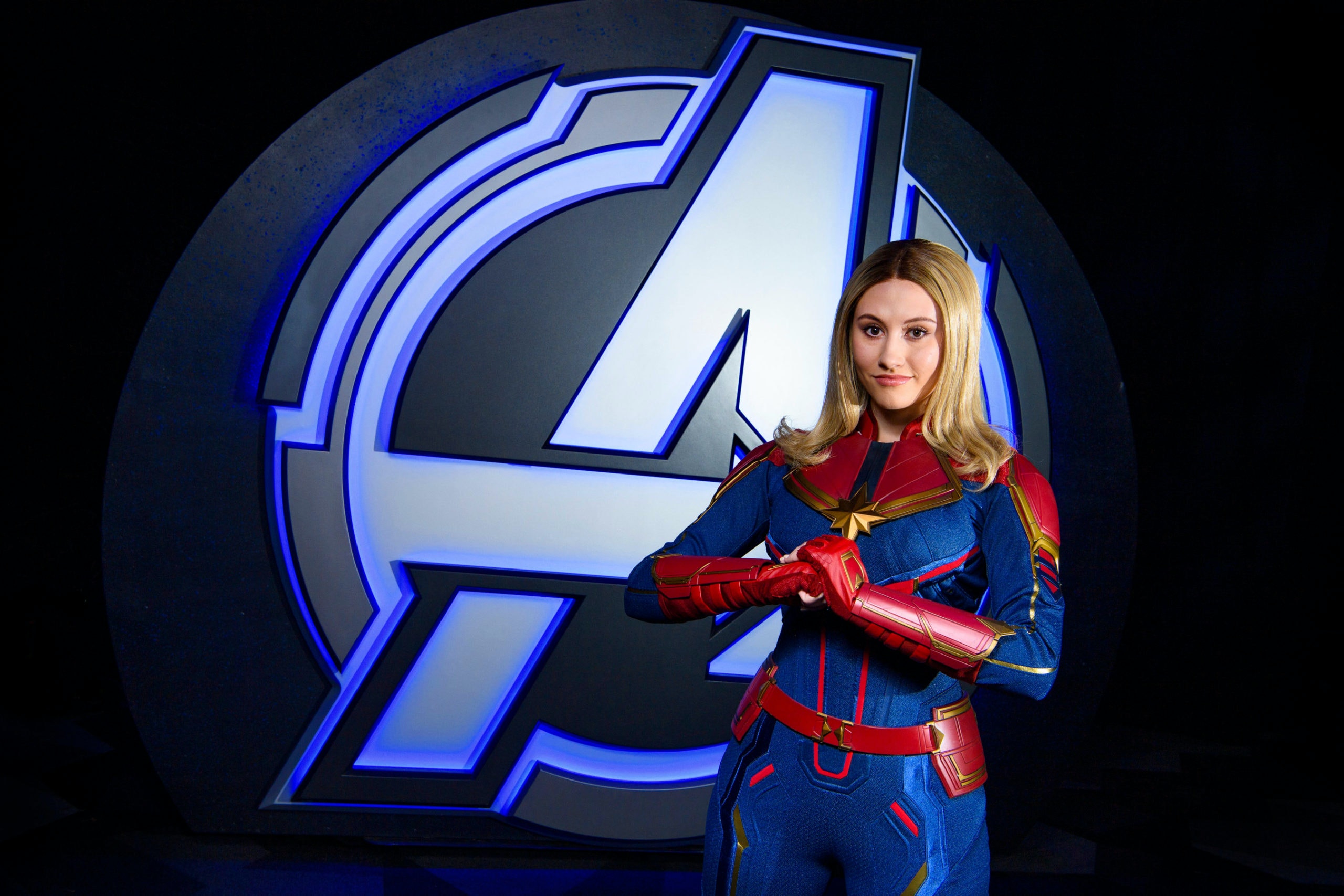 We recently got a sneak peek at some promotional material being filmed in Disney California Adventure featuring Captain Marvel, albeit in a slightly different look, with her signature mohawk. 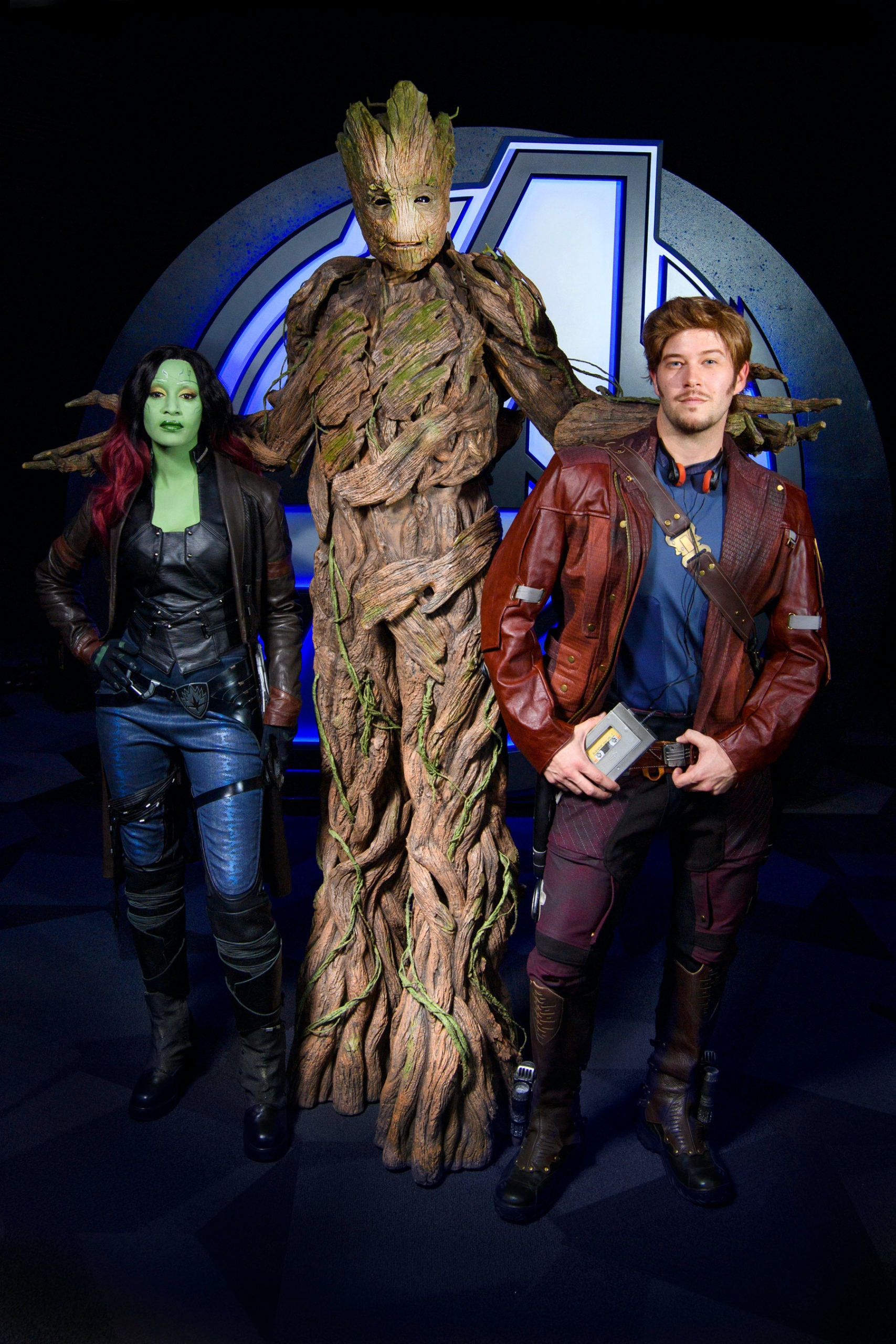 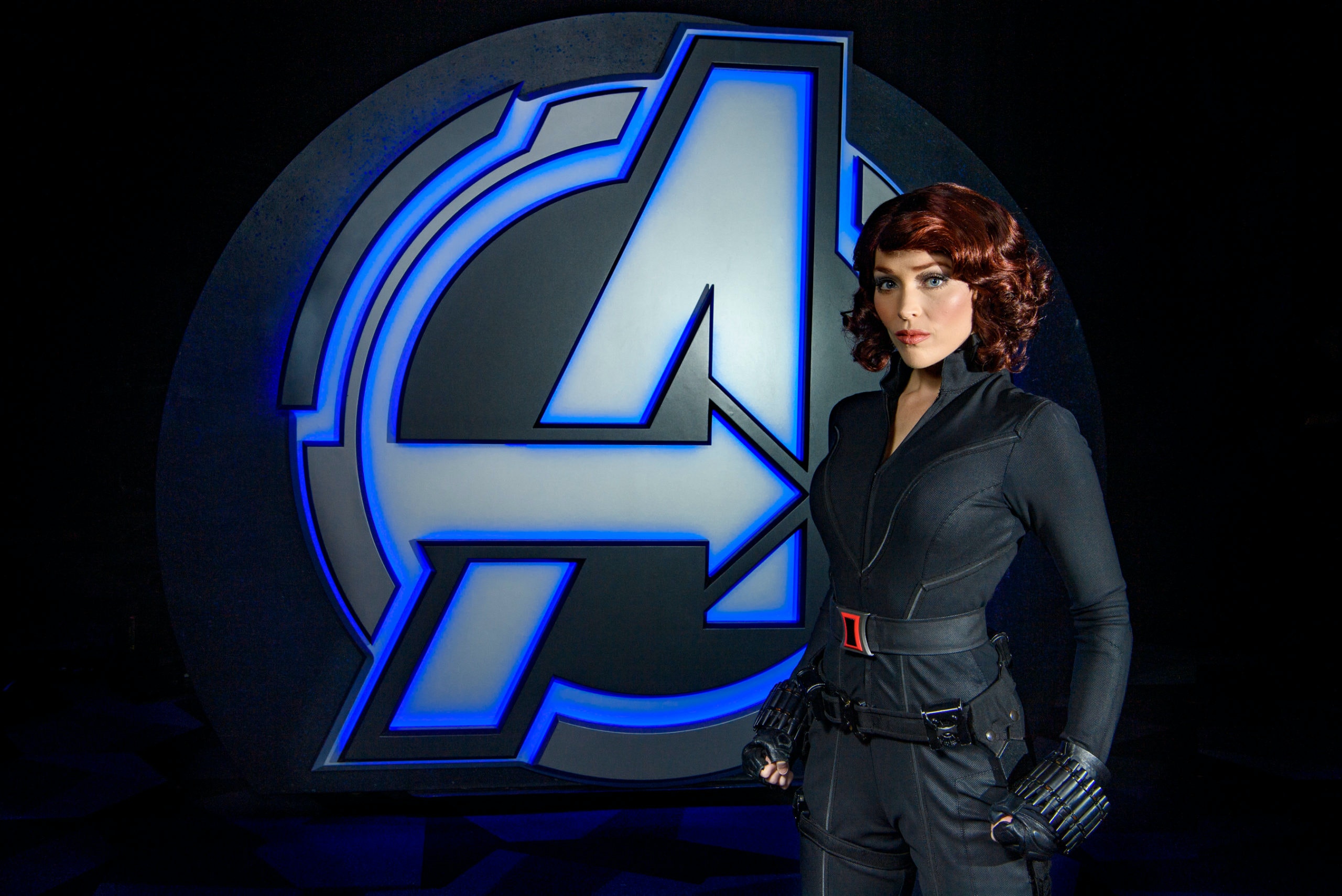 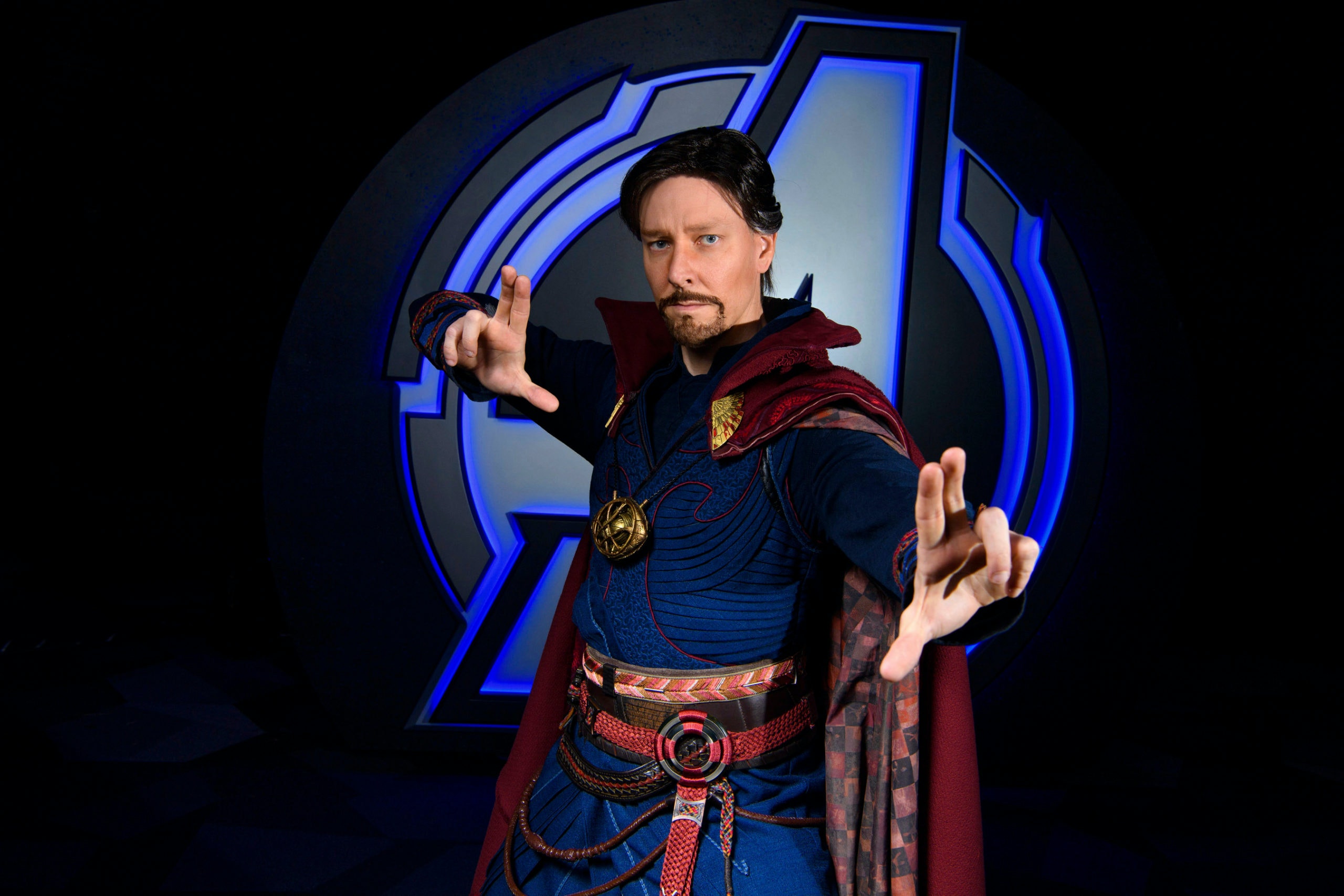 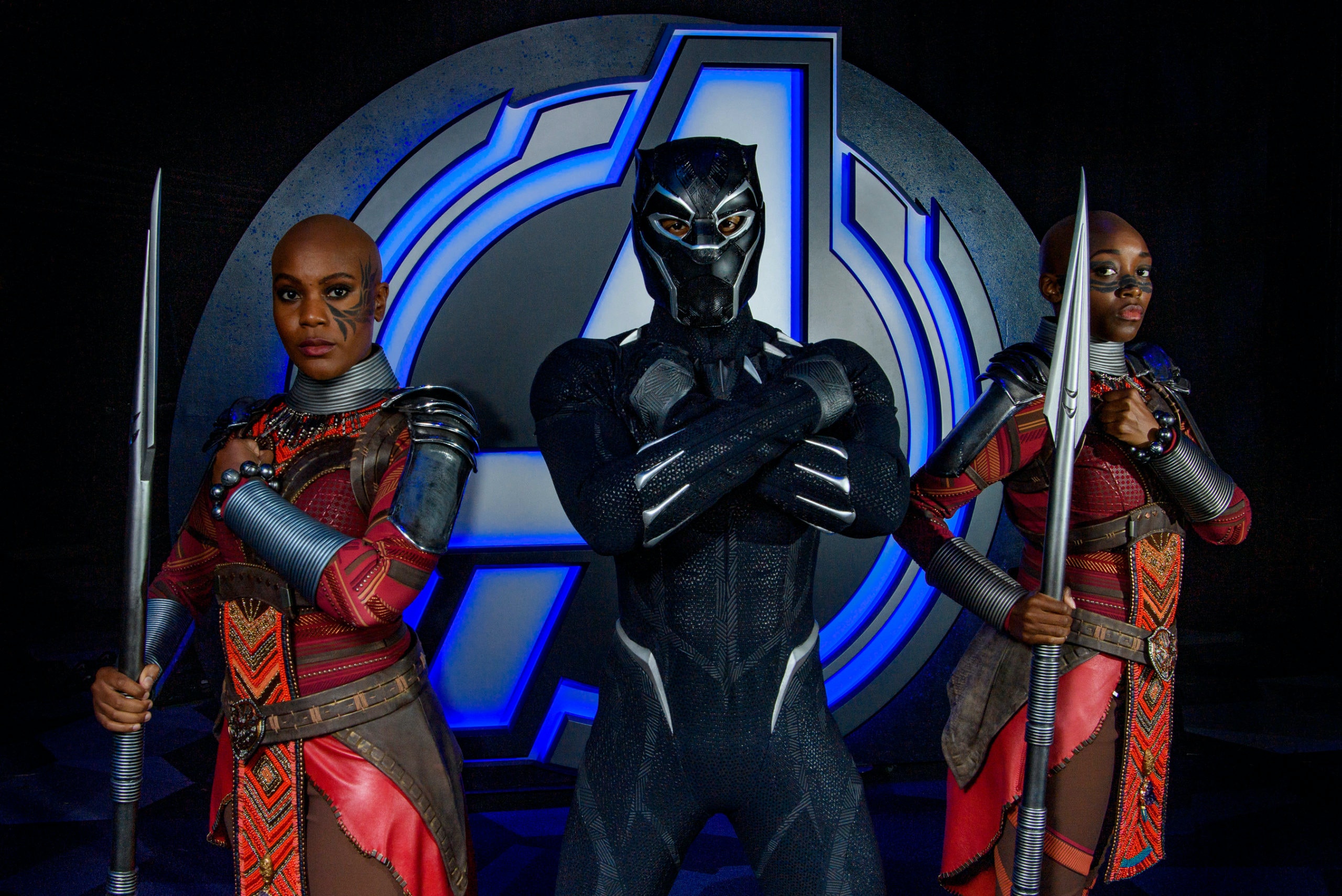 With Avengers Campus based in the real world and serving as a place for all Super Heroes to gather, the Dora Milaje are bringing wisdom from Wakanda to training encounters led by General Okoye—who makes her Disney Parks debut this summer. Recruits will train with Black Panther’s loyal bodyguards and find out what it’s like to be part of this elite royal guard.

At Avengers Headquarters, Captain America, Black Panther, and Black Widow will face off against foes throughout the day. And we’re excited to reveal the identity of one of the Avengers’ adversaries: Taskmaster!

The nefarious Taskmaster will have a role in the upcoming film Black Widow, and guests can see him in action this summer at Avengers Campus. In fact, the Black Widow stunt team worked closely with the Disney Parks Live Entertainment team to ensure that Taskmaster’s unique talent—his natural ability to memorize and replicate Super Hero moves—comes to life thrillingly and authentically.

Will you be heading over to Avengers Campus for some neat meet and greets? If you work up an appetite in between all of those action-packed adventures, don’t forget to check out the cool new food and beverage offerings at the Pym Taste Lab and Pym Test Kitchen!