Like many of the entrance plaza locations going through large construction projects around Walt Disney World, the Transportation and Ticket Center (TTC) outside the Magic Kingdom is receiving some overall improvements as well. In the last update we gave a couple of weeks ago, the work was centered around paving and the installation of the tram loading zone. Today, we saw further progress in those areas and more. 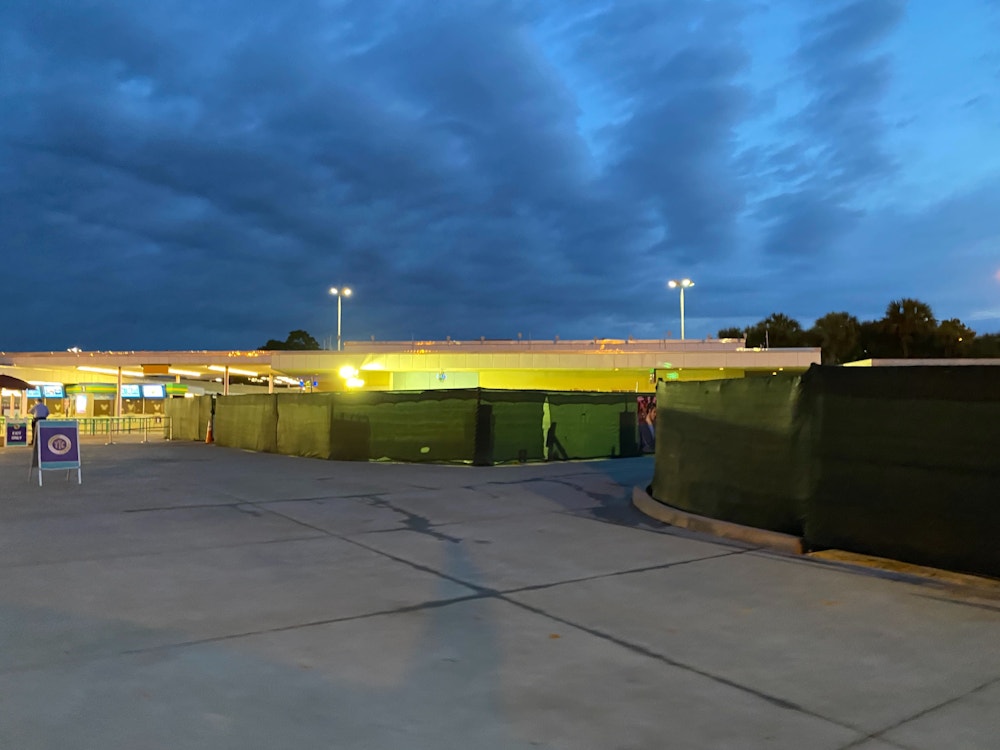 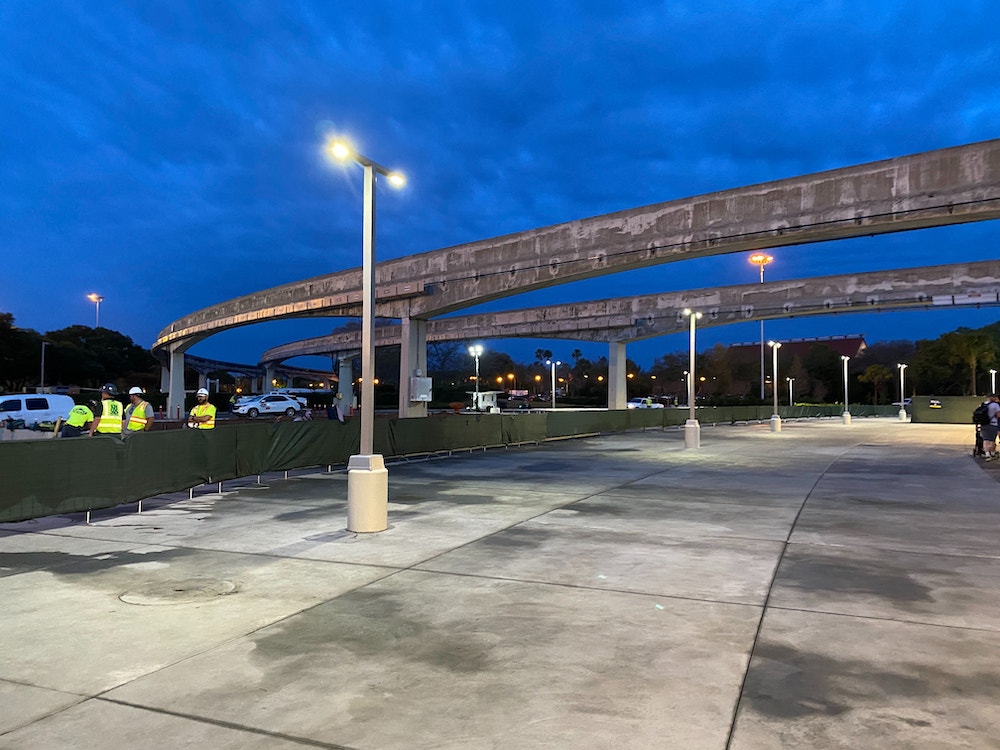 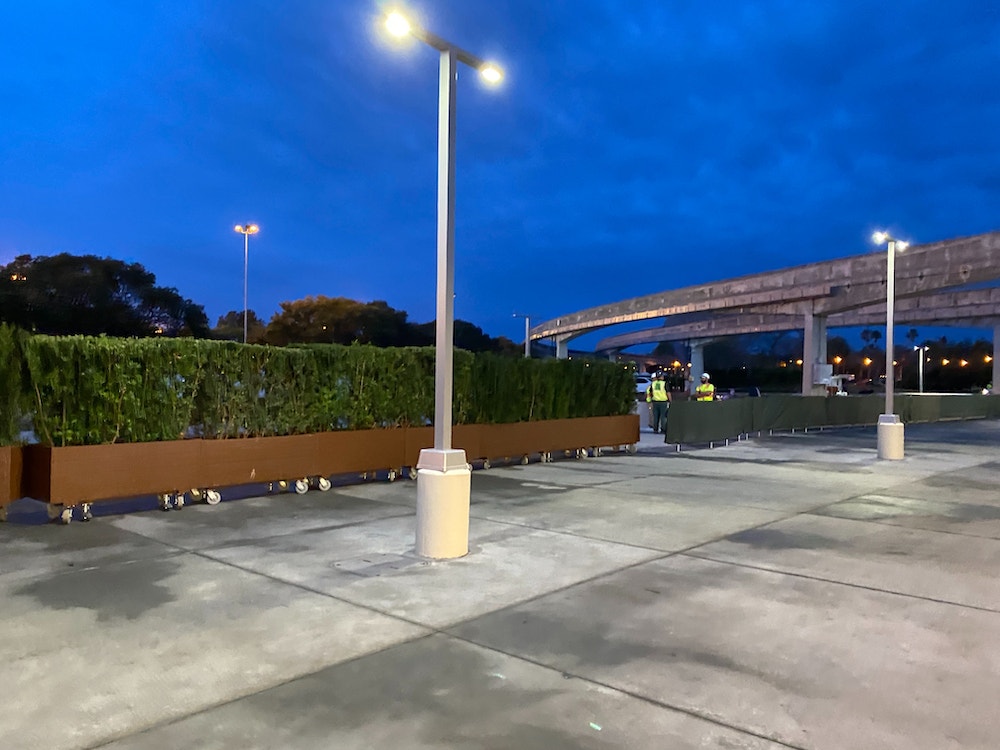 The hedge barriers running alongside the more permanent metal crowd barricades reveal more of the project. The large scale construction scrims, which had been in place for much of the project, limited what we could and couldn’t see. 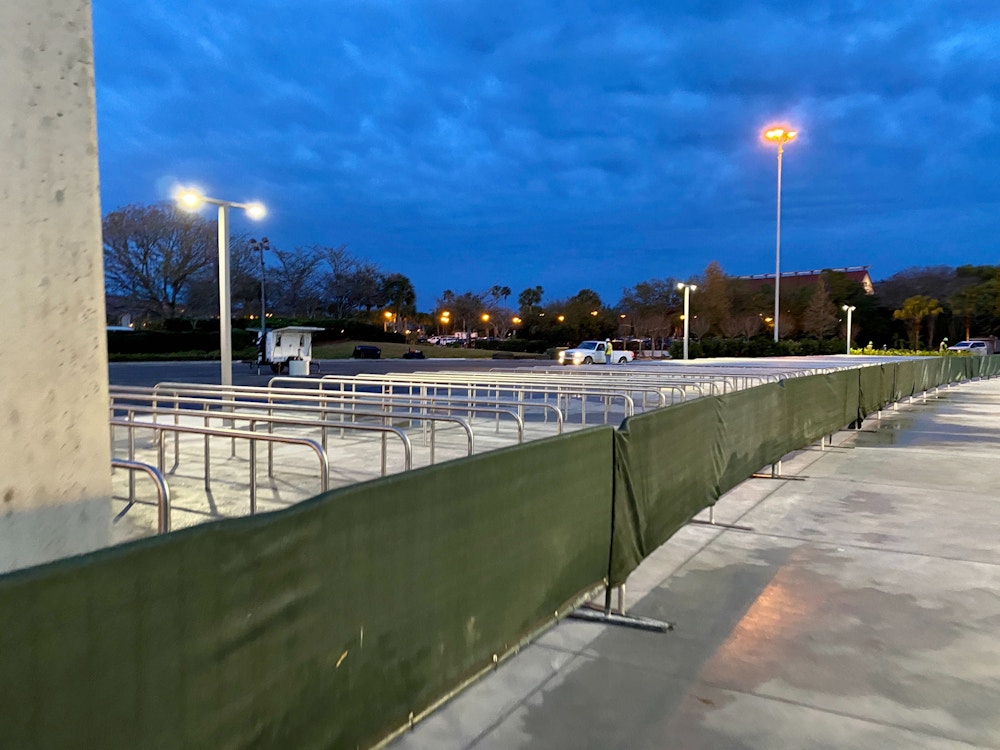 The tram loading zone is in place now, but not yet being utilized. What was once a construction site, with large piles of equipment in the background of the frame, has been mostly removed. 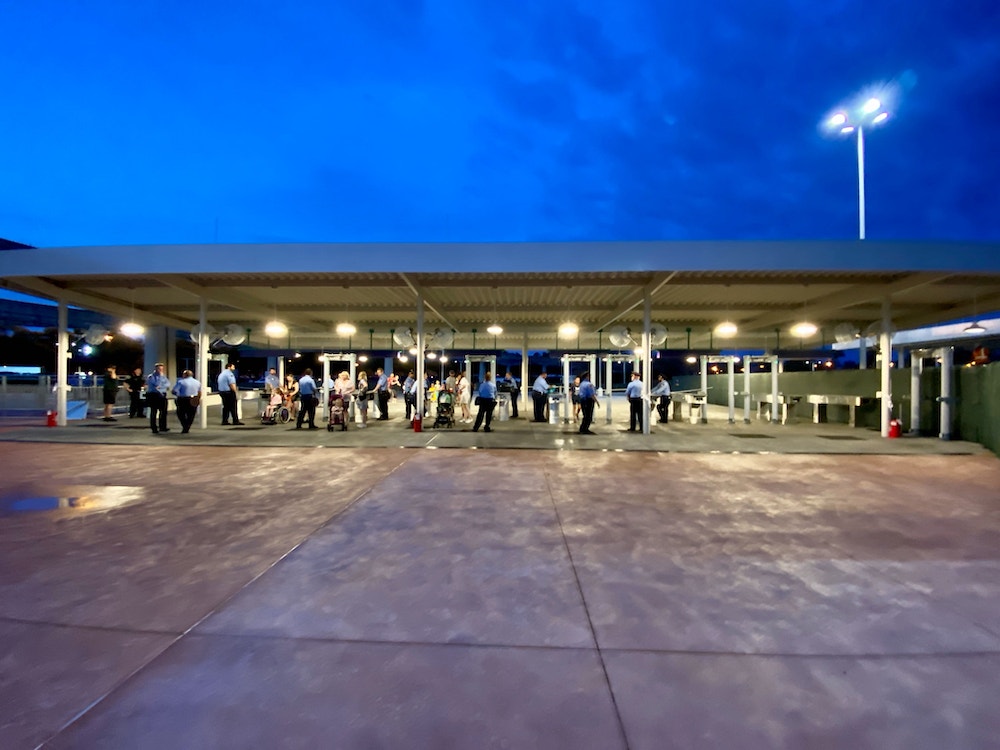 All of the security screening areas that were under construction are now up and being utilized. This will hopefully cut down on a little bit of your wait at the TTC. 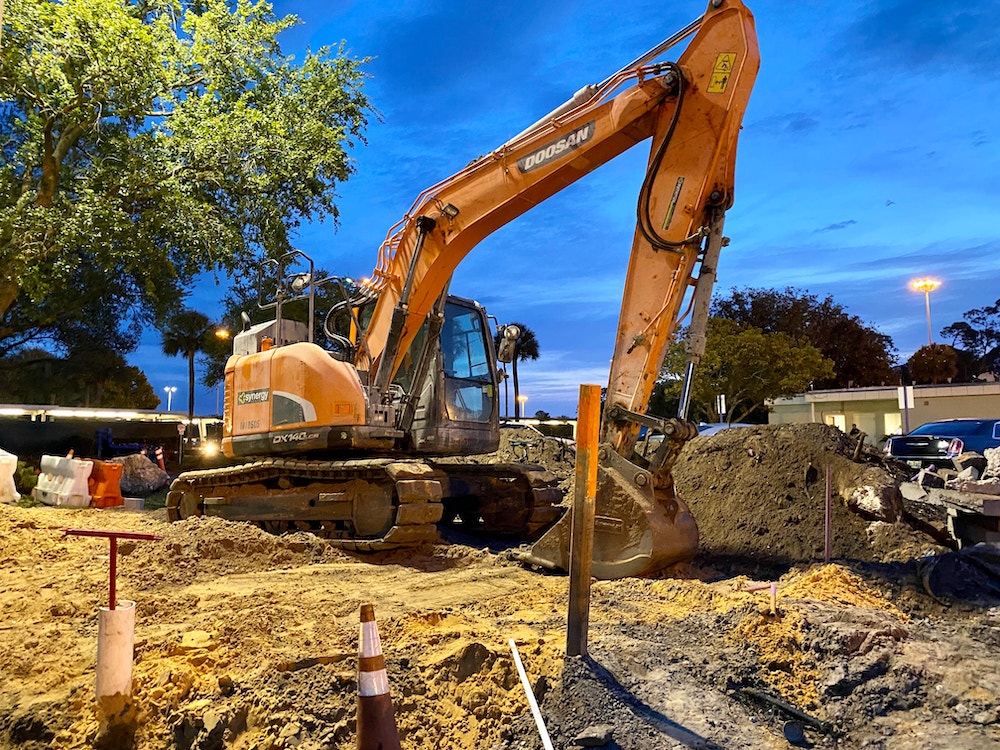 There is still work to be done, as there are still large pieces of equipment around the area. 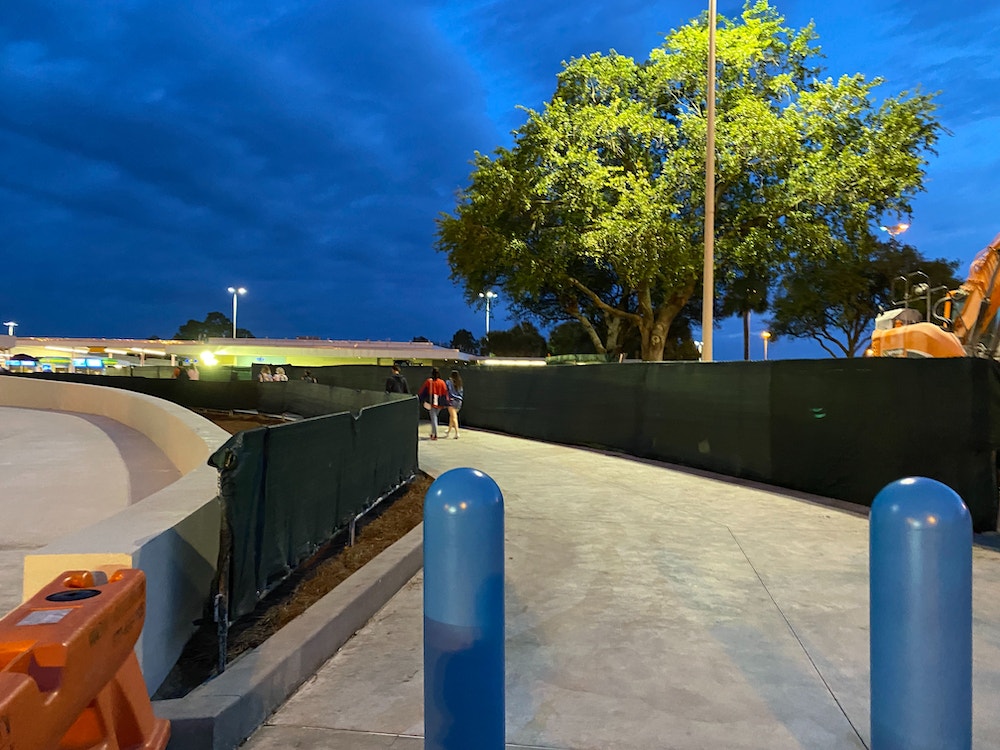 Guests were directed along the sidewalk instead of what, up to recently, was a temporary walkway under the overpass. 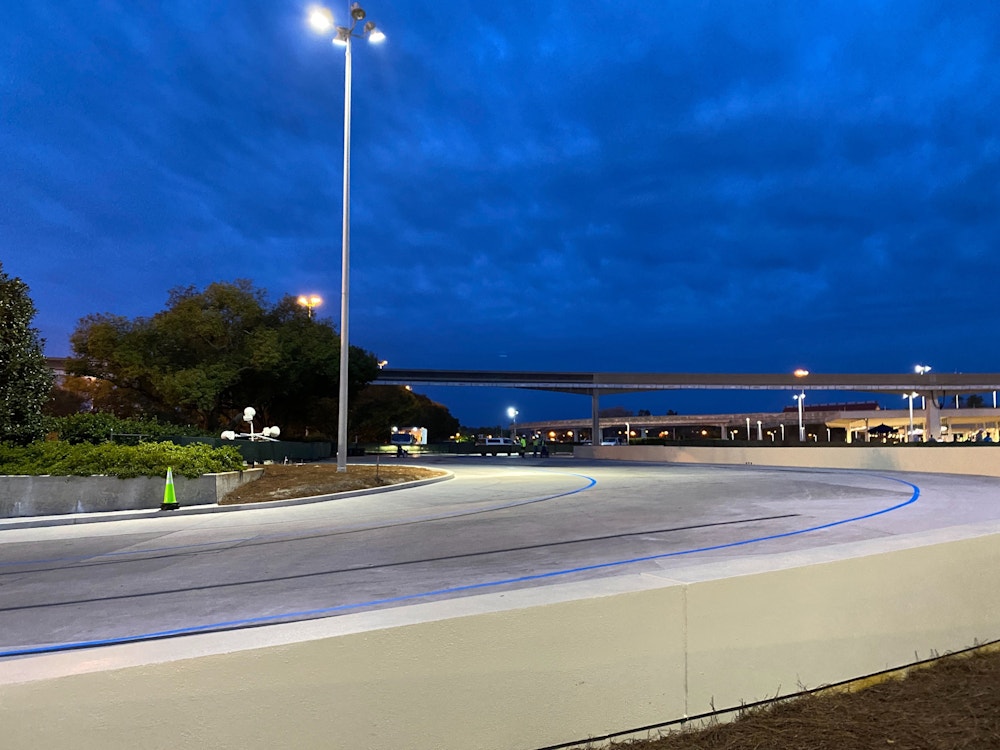 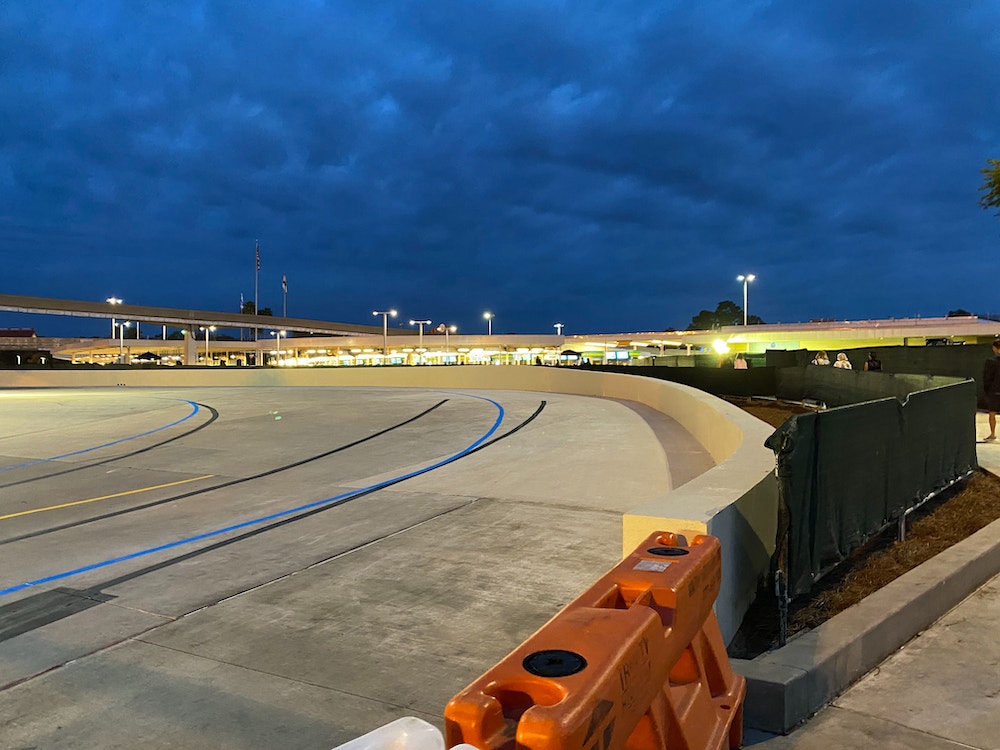 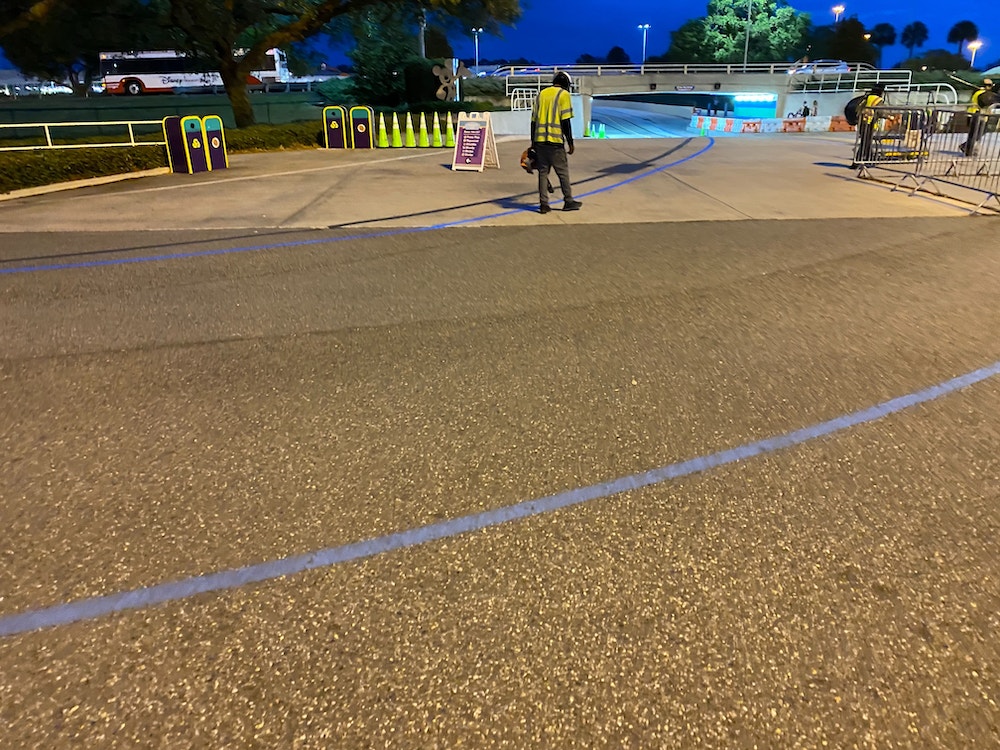 The effort to direct guests to sidewalks was in response to fresh paint. The paint lines, which direct the parking trams into and out of the TTC, had just been repainted. 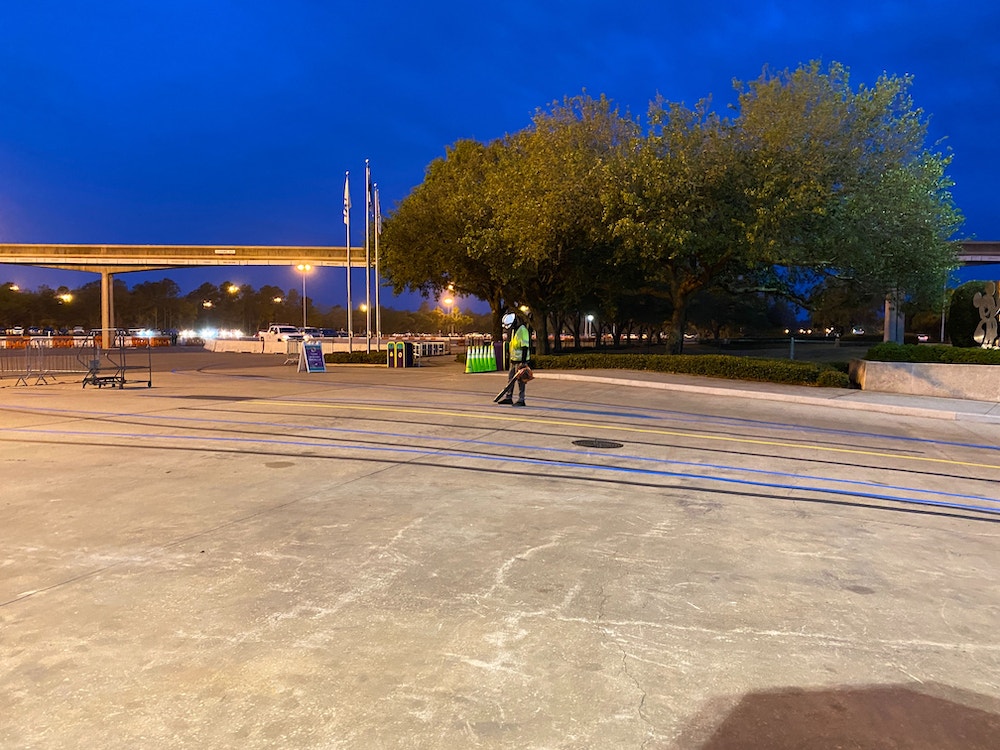 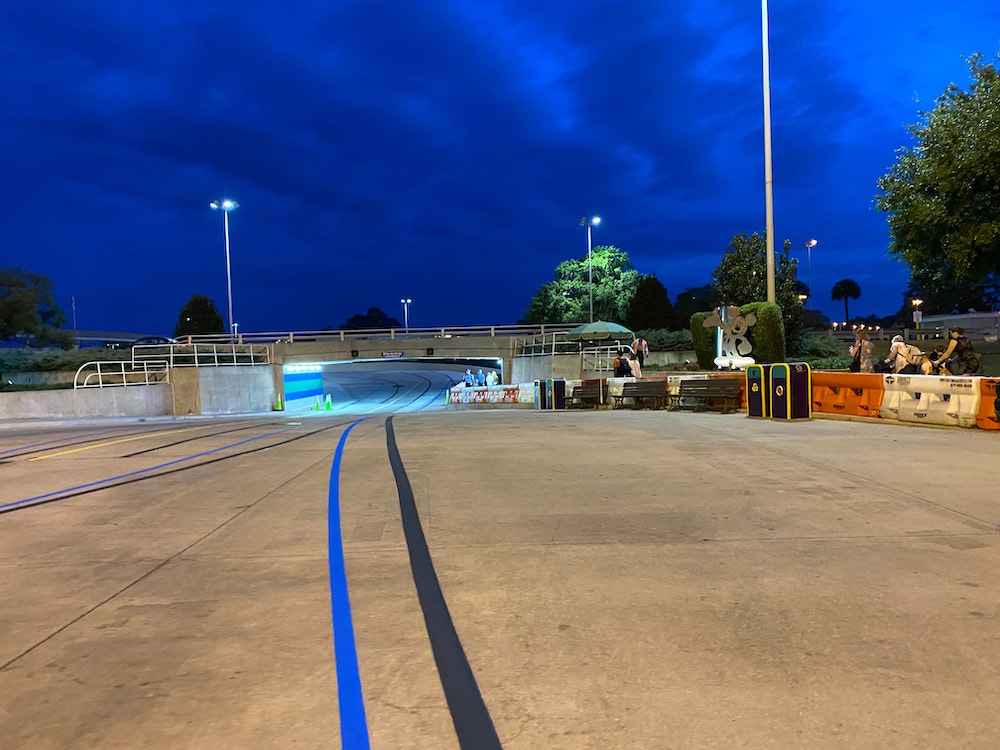 I’m sure like me, you can’t wait for all these new entrance areas around Walt Disney World to be completed. The TTC project in many facets has stretched now to close to a year, but it looks like the majority of the work is nearing completion.

We will keep an eye out daily for updates to our shiny new Transportation and Ticket Center. Make sure you keep it locked to WDWNT!

Next
VIDEO: Watch The First Official Trailer For Disney and Pixar’s “Soul”