If there’s one thing we’ve learned during this prolonged, post-Disney Parks closure, it’s that anyone can cook! But if you find yourself missing the beloved Remy topiary from the EPCOT International Flower & Garden Festival, or pining for our regular construction updates from the France Pavilion expansion project, a new virtual map update might help fill that void. 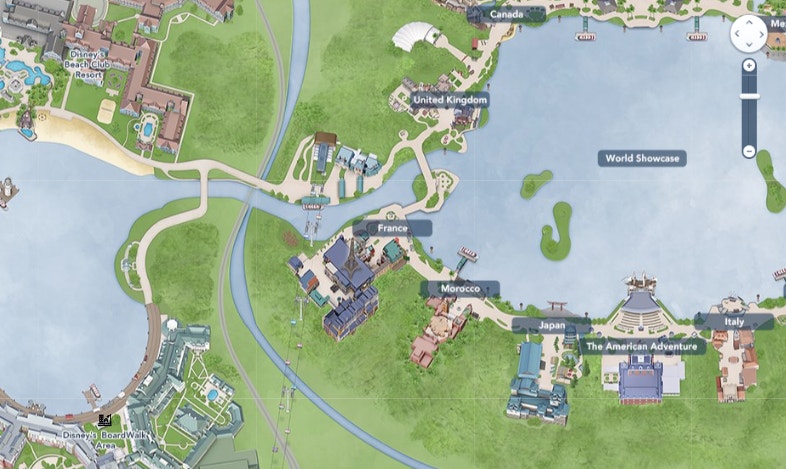 While previously added to printed park maps at the start of the Flower & Garden Festival, digital maps on Walt Disney World’s website and My Disney Experience have also been updated to include the France Pavilion’s expansion, including the Remy’s Ratatouille Adventure attraction. 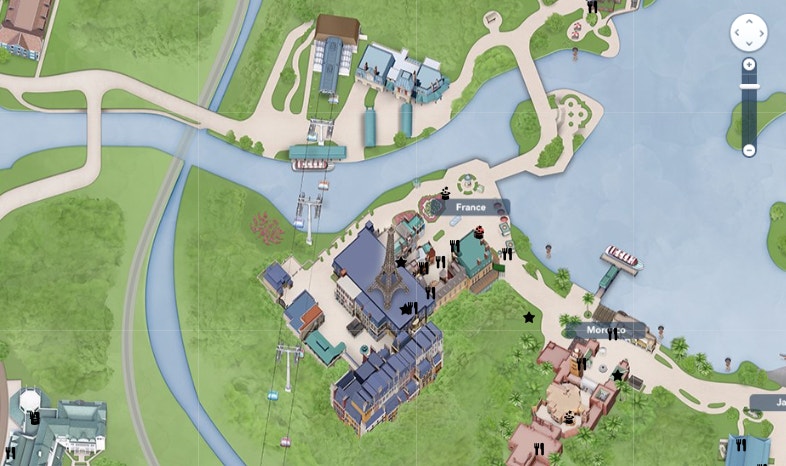 Given that nothing’s labeled yet, let’s take a closer look. Zooming in on the World Showcase, you see the expanded France Pavilion and its new courtyard, which houses the new La Creperie de Paris, additional restrooms, the Remy champagne bottle fountain, and the entrance to the attraction itself. 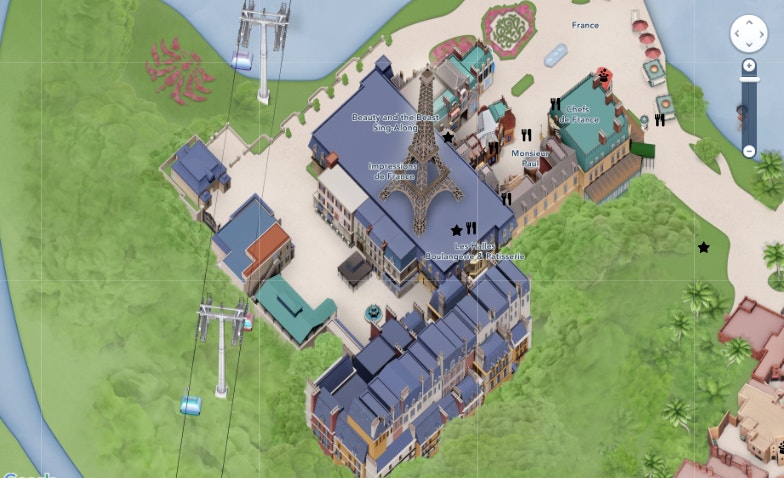 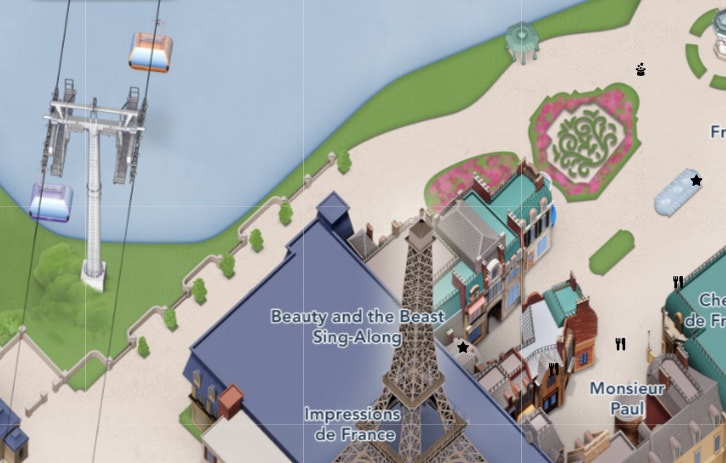 Guests enter the expanded pavilion by the sidewalk lining the water. They’ll pass under the recently-installed, Metro-style “Ratatouille” entrance marquee. 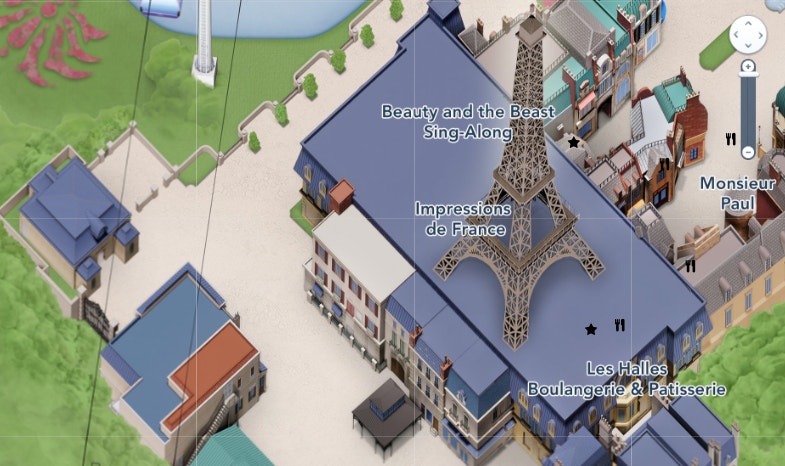 Within the expanded pavilion, you see the restrooms and water fountains off to the upper left hand corner, followed by the creperie in the middle. Do note that the creperie will offer table and counter service options. 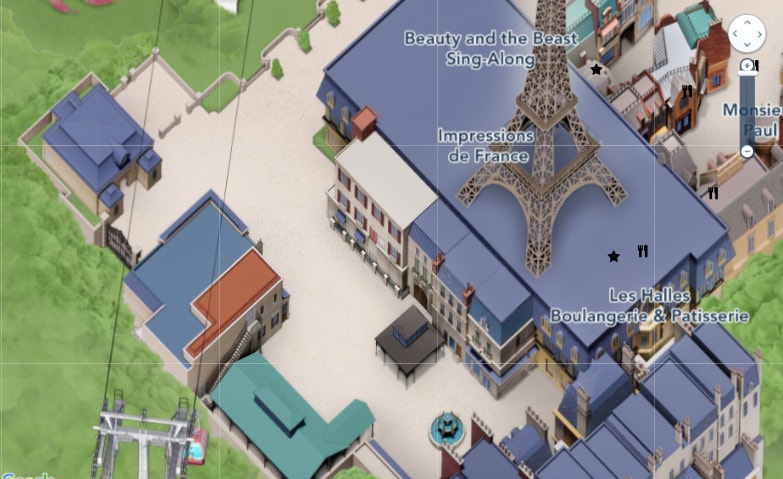 The green and black-roofed structures are believed to be expanded queues, designed like a greenhouse with raised, glass-panel roofs. 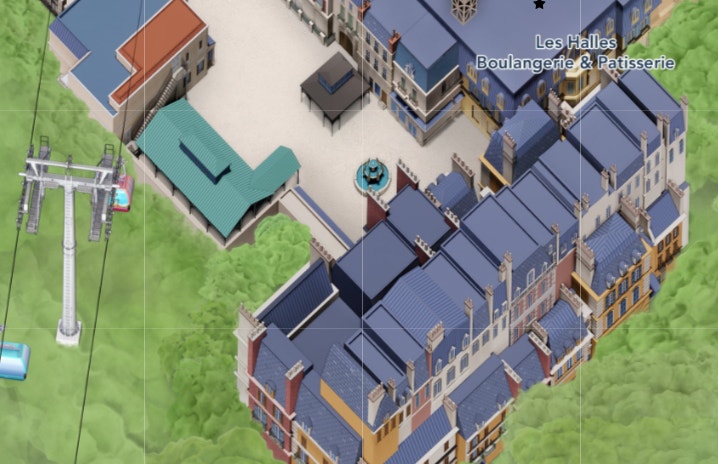 The back side of the expansion is where you’ll find the entrance to Remy’s Ratatouille Adventure.

Given progress on the expansion, and the appearance of the expansion on maps promoting the EPCOT International Flower & Garden Festival, there is a chance that the attraction and expansion may open before the festival ends on June 1st. That could accommodate crowds coming to visit for Memorial Day weekend from May 23rd to the 25th, considered by many as the unofficial start of summer. However, due to the unprecedented park closures, it is unknown whether the attraction will open on schedule for its Summer 2020 debut.

You can access Walt Disney World maps and do some virtual exploring on your own by clicking here.

Next
VIDEO: Unearth 25 Years of History with an In-Depth Exploration of the Indiana Jones Adventure, from the Temple of the Forbidden Eye, to the Crystal Skull