With Walt Disney World closed until further notice, it seems most of the media has taken to the skies in order to retrieve any footage of the parks, and now WESH 2 has issued the latest aerial video, flying over parts of the Magic Kingdom and getting a few glimpses of Star Wars: Galaxy’s Edge at Disney’s Hollywood Studios. 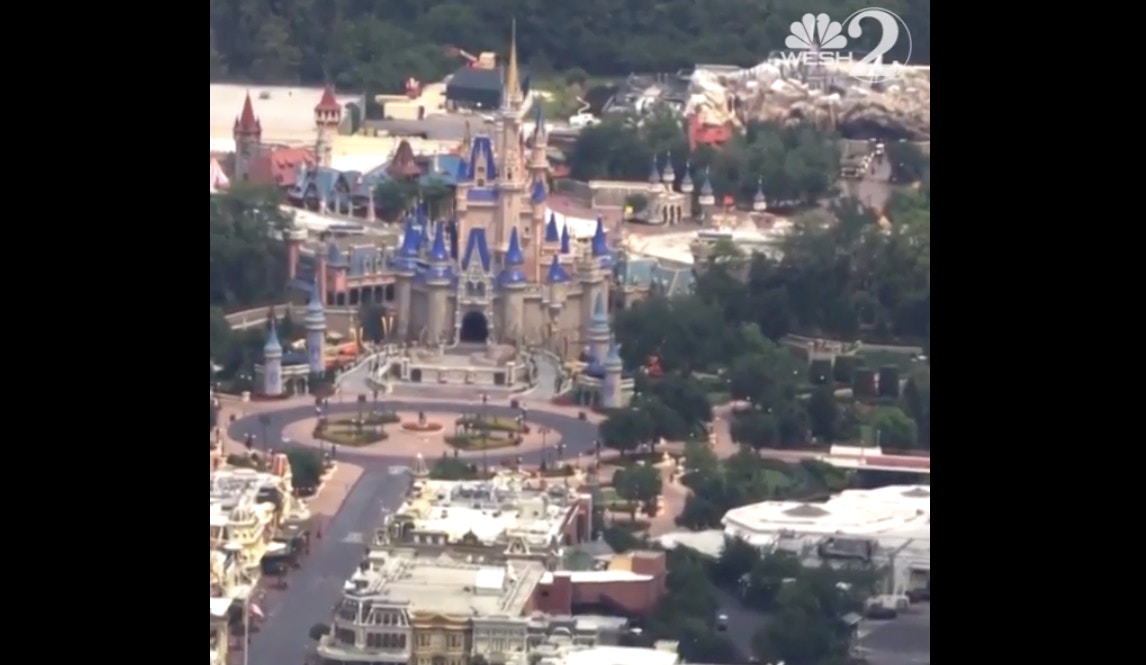 First, we start off with a glimpse of Cinderella Castle at the Magic Kingdom, which was left painted halfway through its royal blue and rose gold makeover. 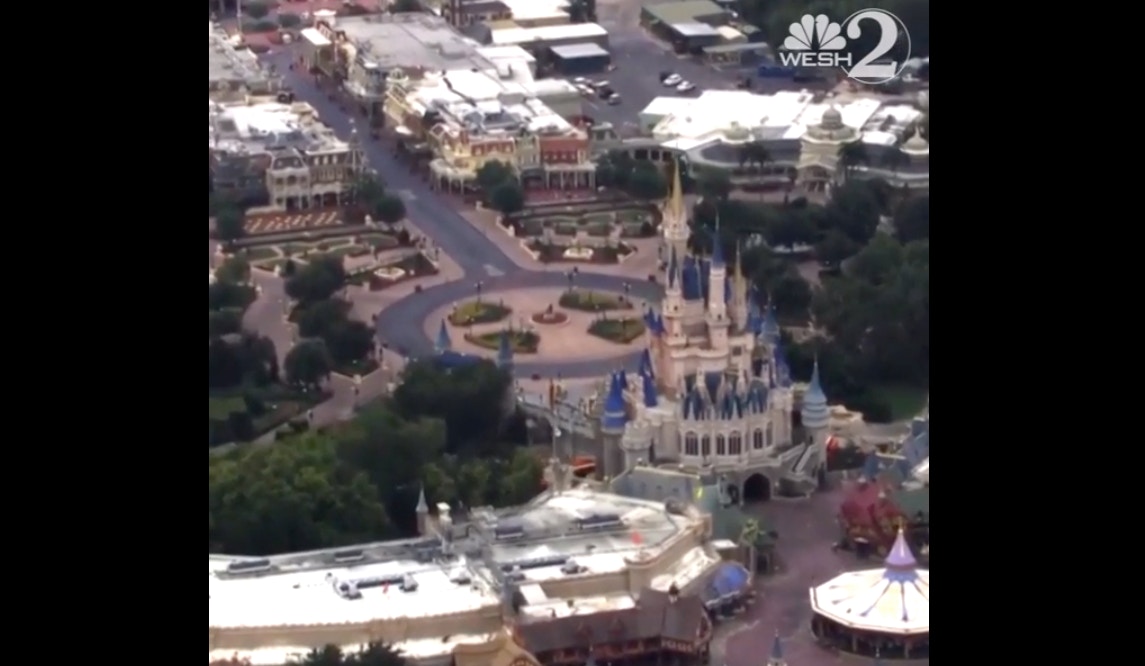 Looking down Main Street, there isn’t a Cast Member in sight, not even a service vehicle, like some of the ones we saw in earlier aerial tours of the parks. 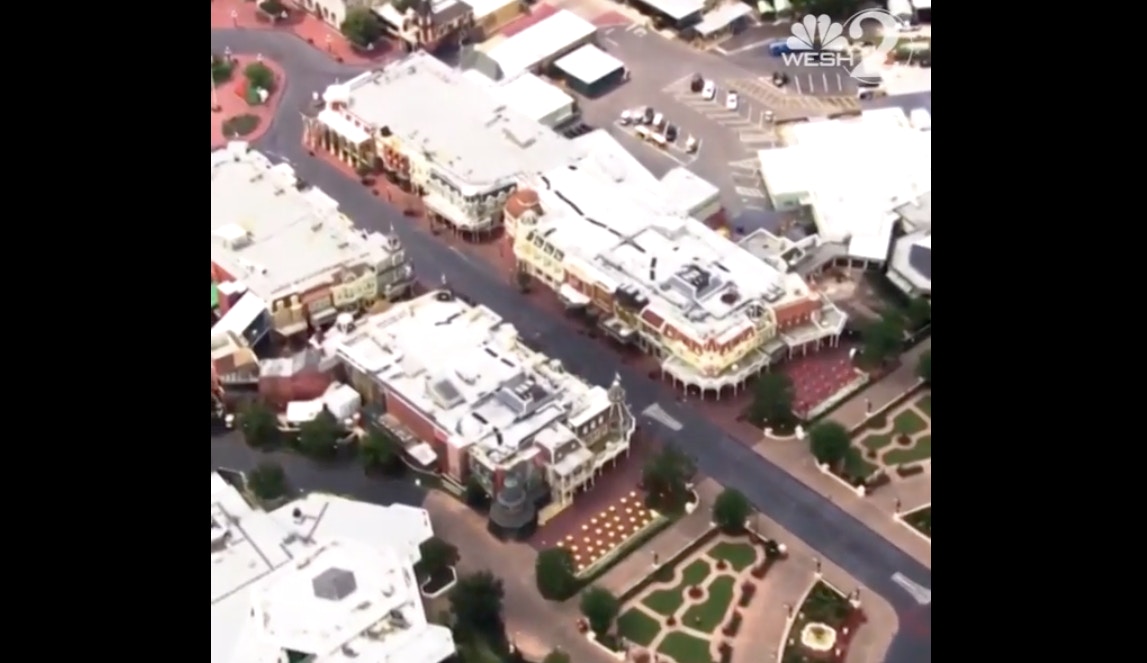 Still, there are some cars parked in the backstage area behind Casey’s Corner and the Emporium. Essential Cast Members remain on duty to continue maintaining the grounds, which is mainly why all of the greenery still looks so tidy and well-kept. 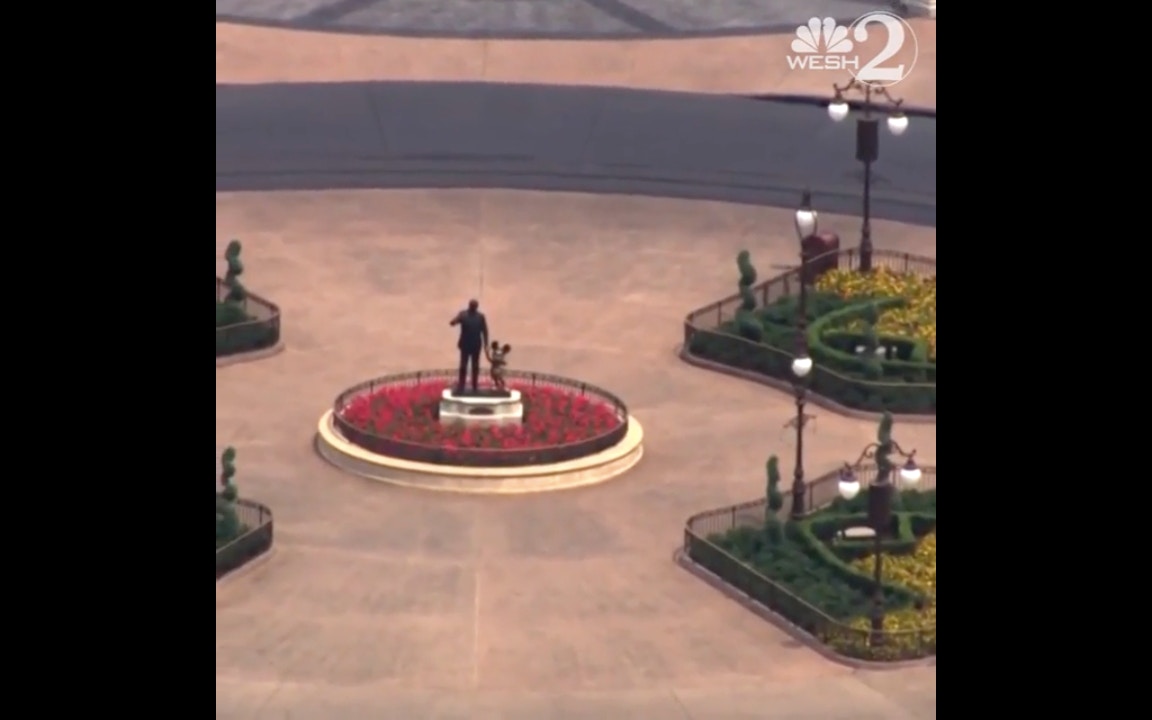 A quick view of the Partners Statue shows Walt and Mickey still holding on throughout these tumultuous times. 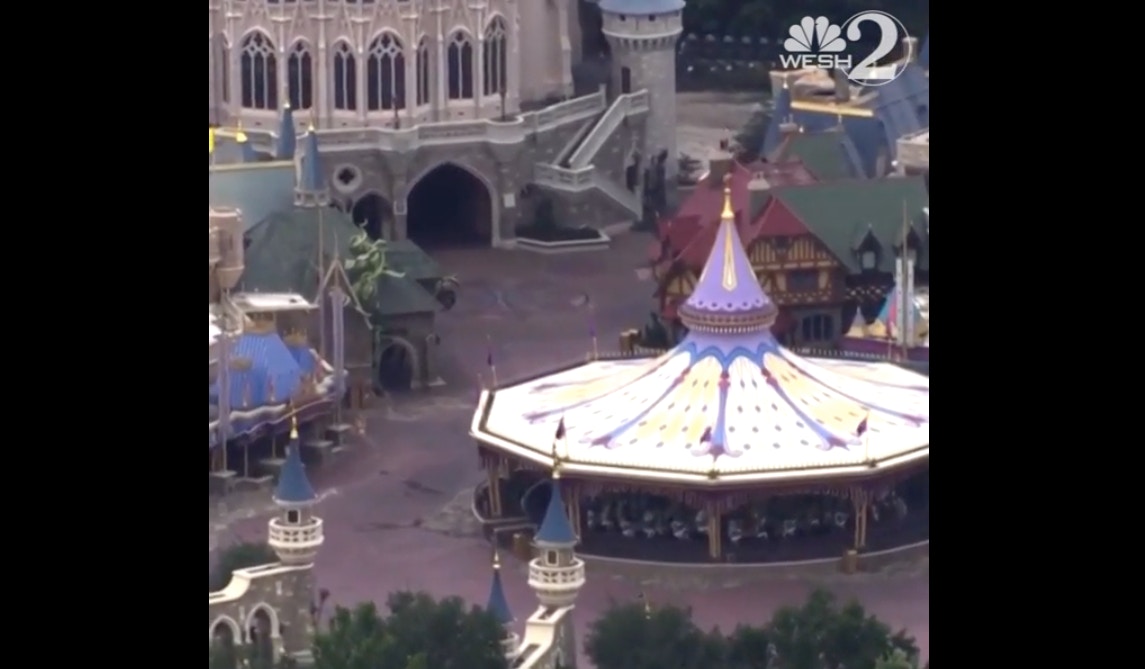 Behind Cinderella Castle, Fantasyland is fully empty, with the carrousel at full stop. 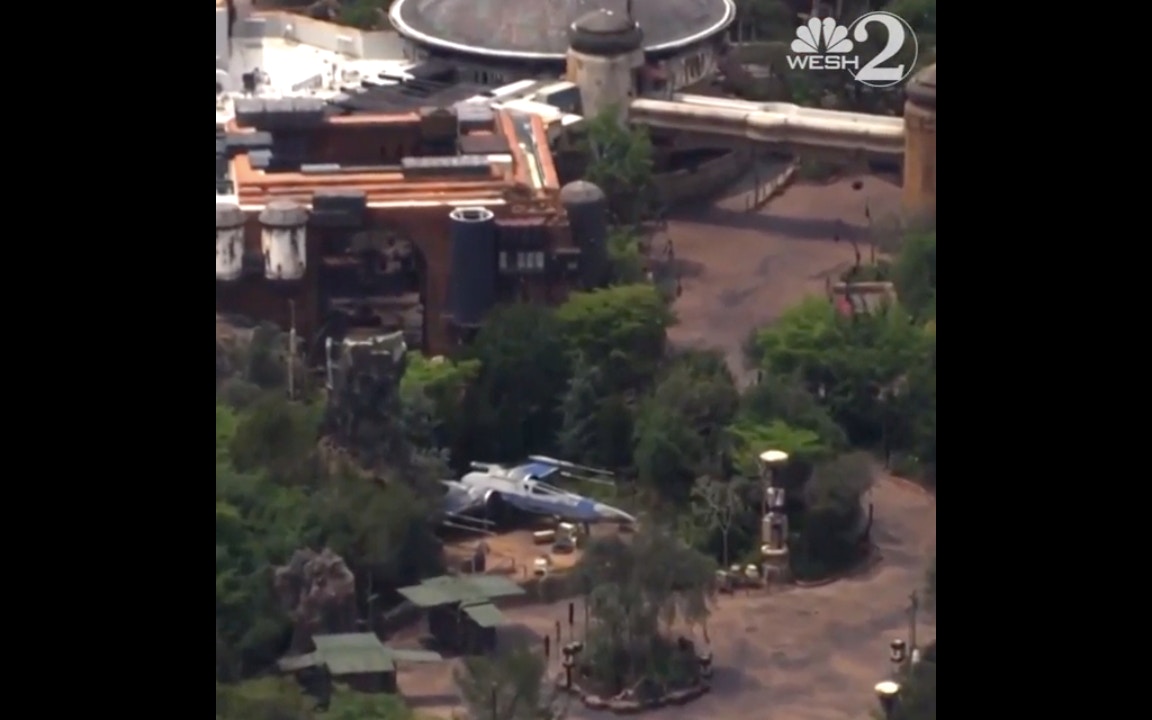 The helicopter then takes a jump over to Star Wars: Galaxy’s Edge in Disney’s Hollywood Studios, closing in on the blue X-wing parked right by Resistance Supply near the exit to Rise of the Resistance. 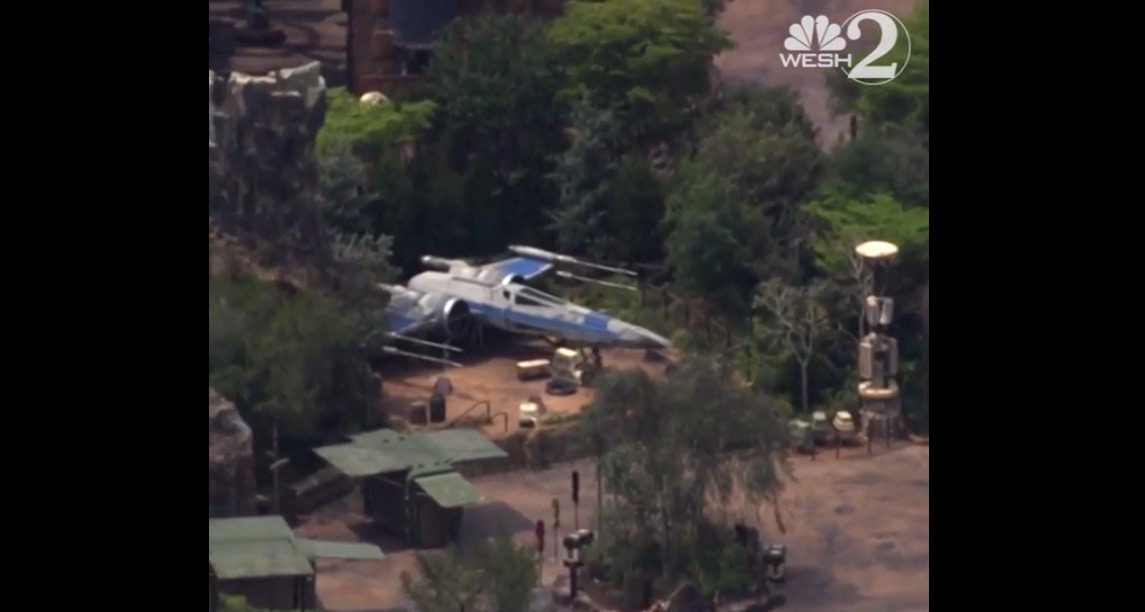 At night, the X-wing shines brightly, but with the parks closed, no unnecessary lights (besides the heart and Mickey shape at Disney’s Contemporary Resort and Bay Lake Tower) are left on.

For the full aerial video from WESH 2, which also includes some footage from Universal Orlando, click here.

Of course, for more detailed aerial images of the parks, make sure you check out the photos we featured by @bioreconstruct in posts covering the Magic Kingdom and EPCOT, plus Disney’s Hollywood Studios and Disney’s Animal Kingdom.