With Disney Parks around the world closed for the foreseeable future, WDWNT is dipping into our archives of vintage parks materials for a look back into parks history! As many wait for their next haircut, you can get some inspiration and find out what goes into “The Disney Look” with this Walt Disney World cast member handbook from 1987! The “Disney Look” has changed significantly over the years, so this is a snapshot in time of the guidelines in place in the late 1980s.

Note: This article will detail the handbook page by page, but WIGS Members will have access to download a full-resolution PDF of the entire thing. Head on over to Patreon.com/wdwnt to join WIGS, the WDWNT Inner Globe Society, for as little as $2 a month and unlock access to great content like this, and much more! 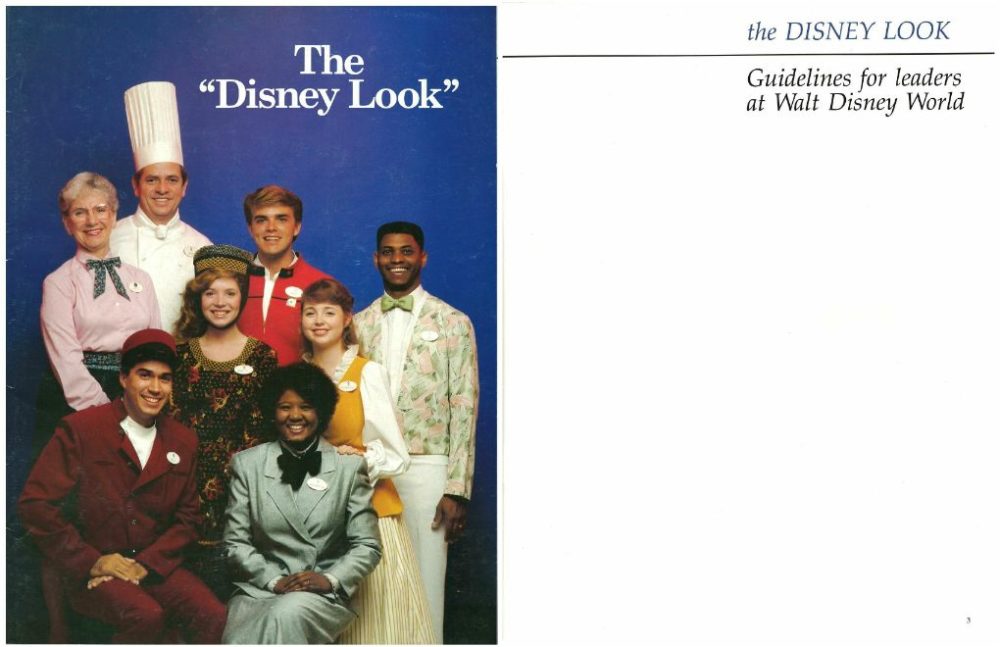 For those who don’t know, “The Disney Look” refers to the hair, makeup, grooming, and costuming of cast members across the Disney Parks. 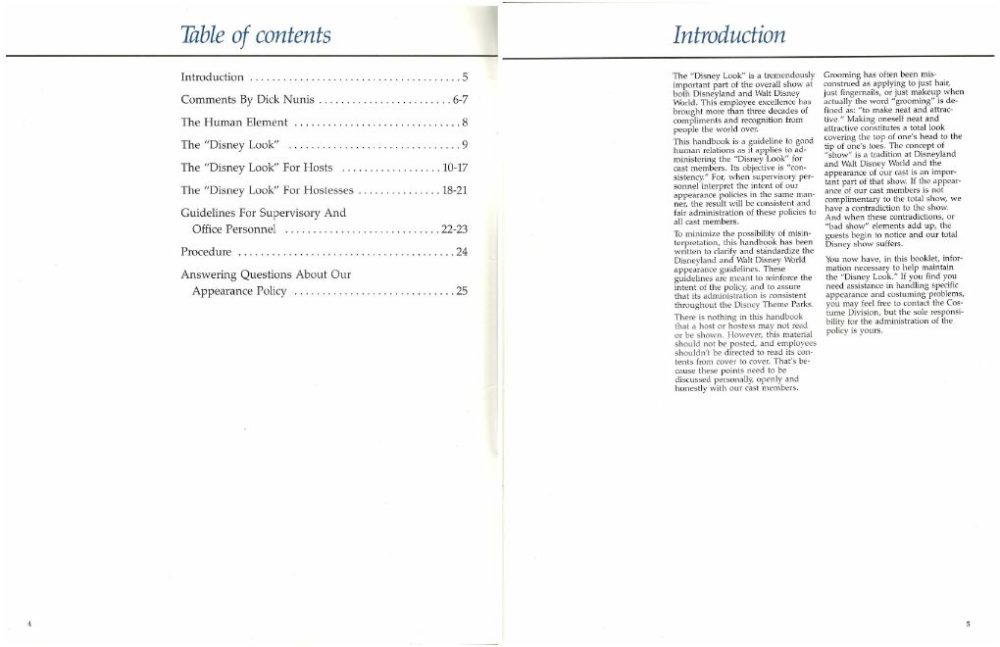 The introduction reveals that this manual was given to senior cast members and management in order to help them guide subordinates to maintain the look: “There is nothing in this handbook that a host or hostess may not read or be shown. However, this material should not be posted, and employees shouldn’t be directed to read its contents from cover to cover. That’s because these points need to be discussed personally, openly and honestly with our cast members.” 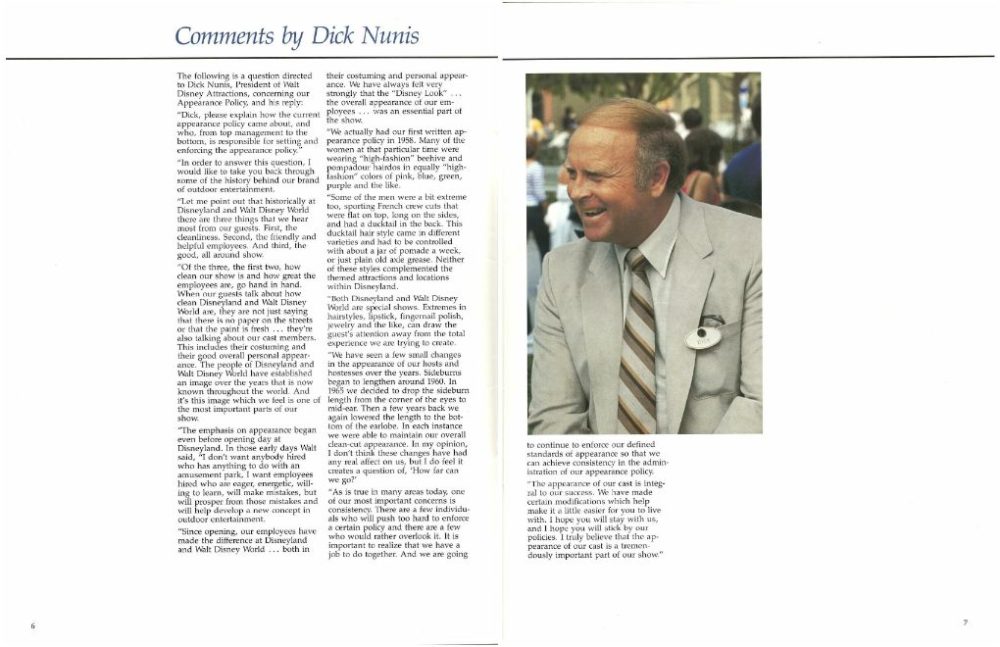 This is followed by comments from future Disney Legend Dick Nunis, who explains why the “Disney Look” is an integral part of the show quality of the theme parks, both at Walt Disney World and Disneyland. 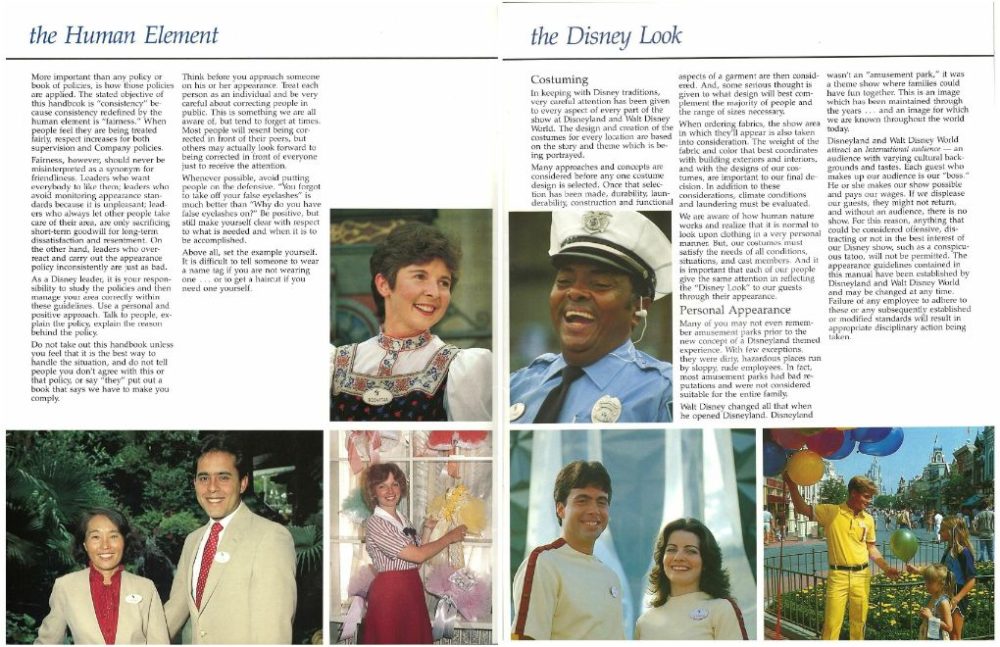 The guidebook next discusses how management should deal with cast members concerning appearance maintenance, as well as what goes into creating “the Disney look.” 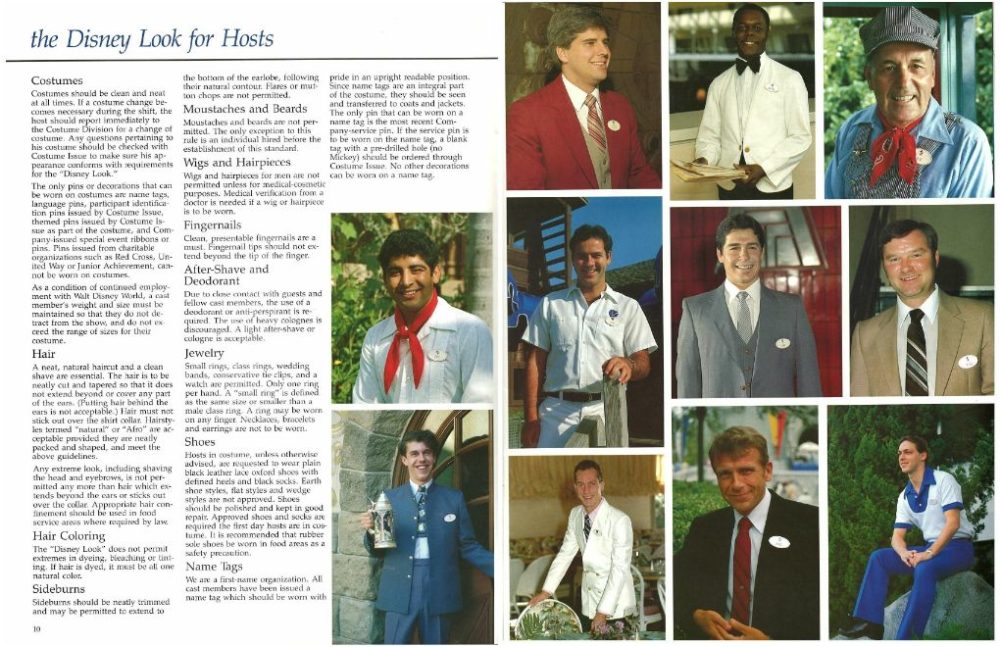 Next is a description of the look as it pertains to hosts, or male cast members. In the guidebook, mustaches and muttonchops are off-limits, while deodorant or antiperspirant are required. 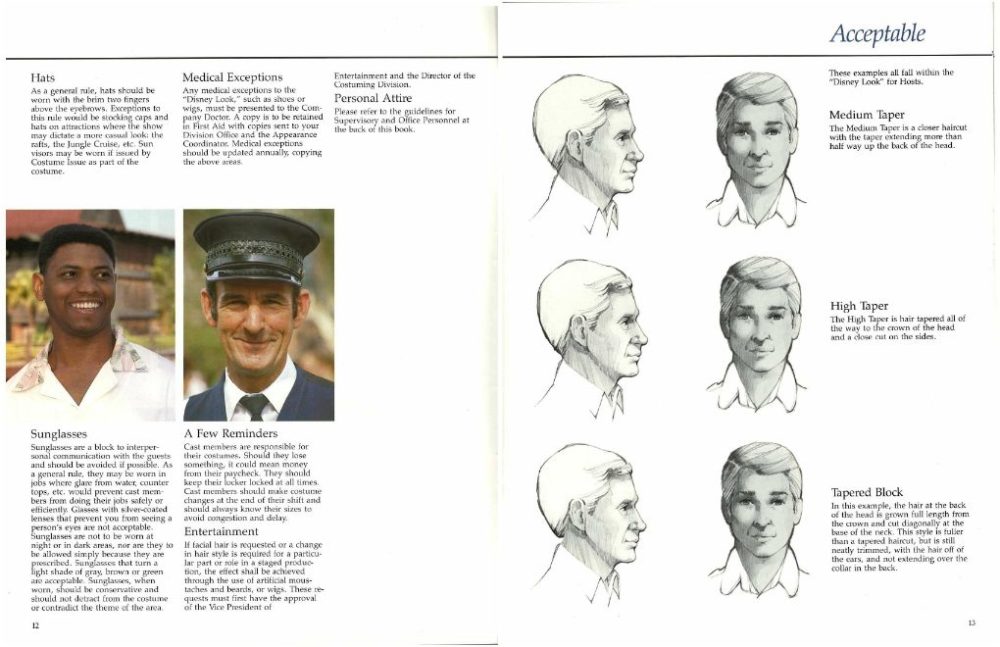 Following a few words about hats and sunglasses, we get into the specific hairstyles and sideburns that are acceptable and unacceptable for cast members. 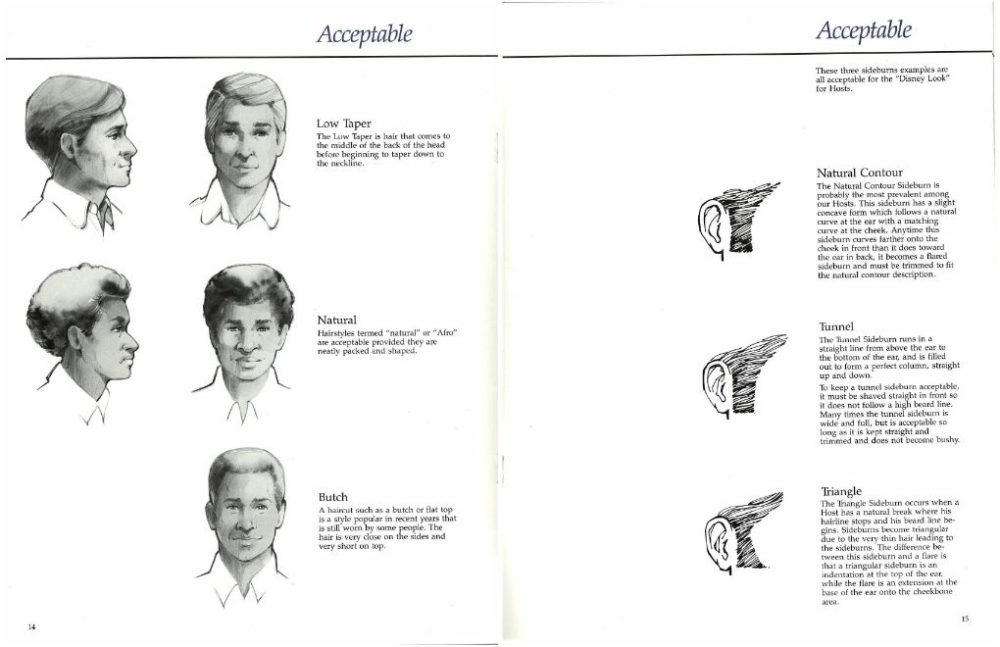 Many styles are acceptable, provided they are not too long and kept neat. 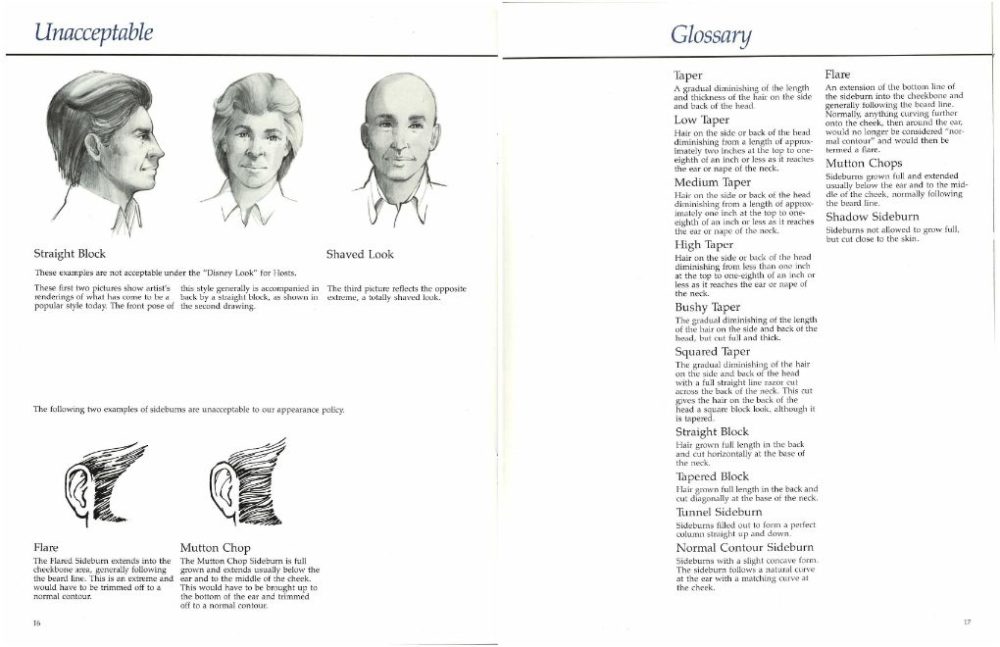 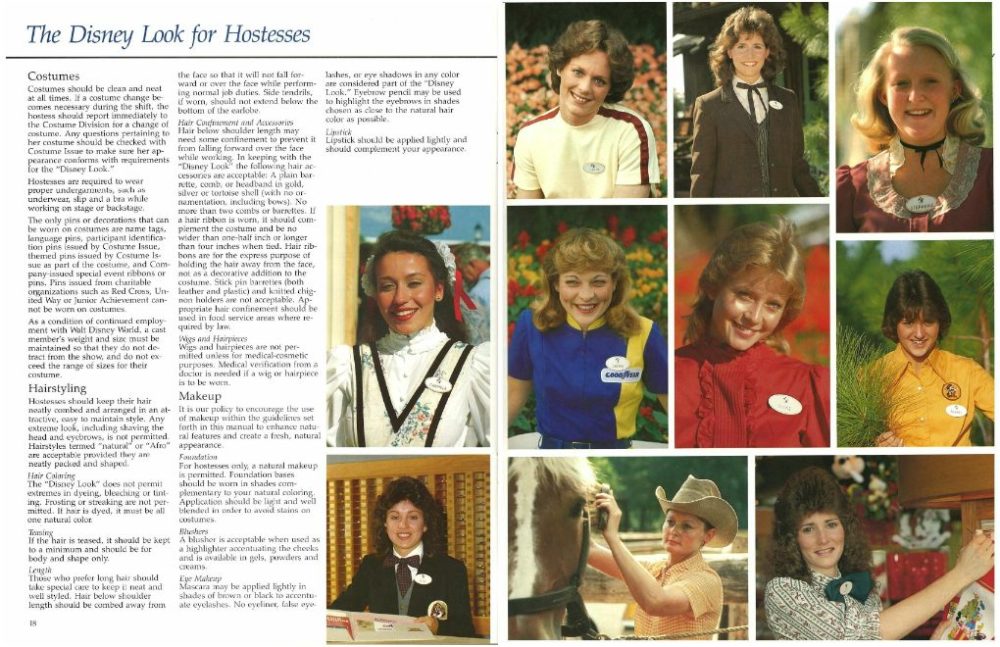 We then move into “the Disney Look” for hostesses, or female cast members. Hairstyling, makeup, skirt length and more are discussed in this section. 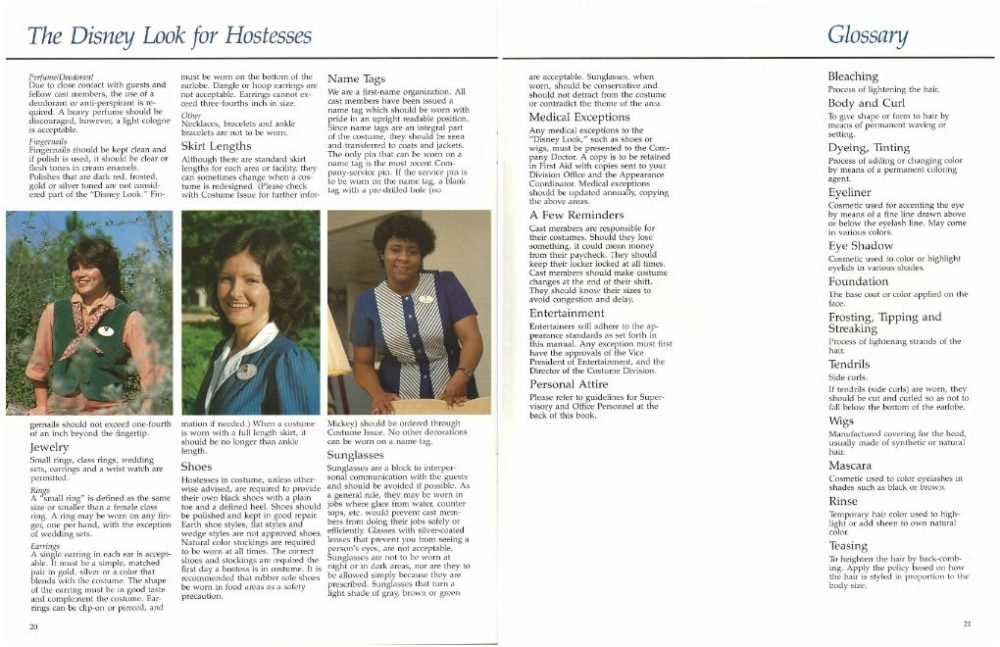 This is also a great documentation of some vintage cast member costumes! 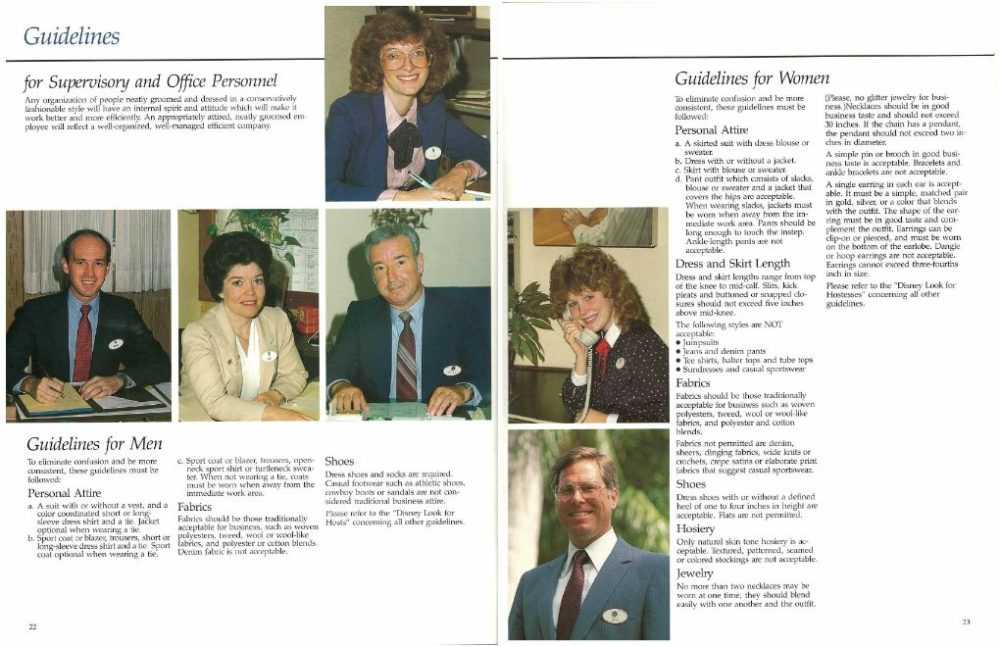 While not assigned specific costumes, even supervisory and office personnel are required to maintain the look. Be sure to wear dress shoes! 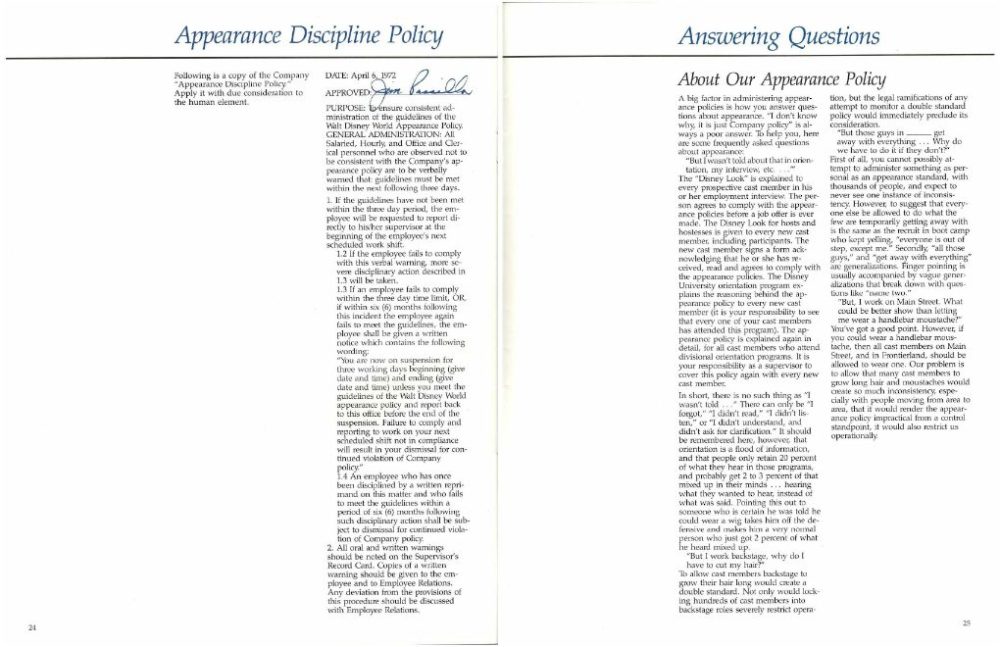 Of course, with every set of rules and guidelines, there has to be a chain of discipline in case cast members resist. Here, that discipline is discussed, including warnings, suspensions, and dismissals, as well as ways to respond when subordinates have questions about the policy. 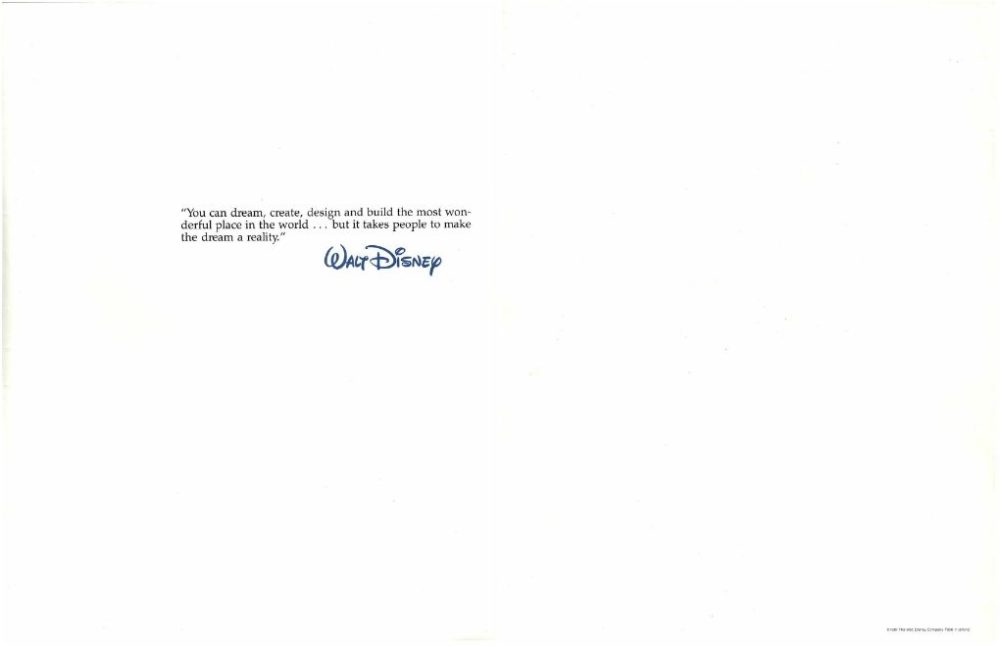 And with a quote from Walt Disney, the guidebook comes to a close.

Does your style meet “The Disney Look?” Let us know in the comments below!

Next
VIDEO: Transport Yourself to the Mexico Pavilion at EPCOT with an Incredible At-Home Performance by Mariachi Cobre