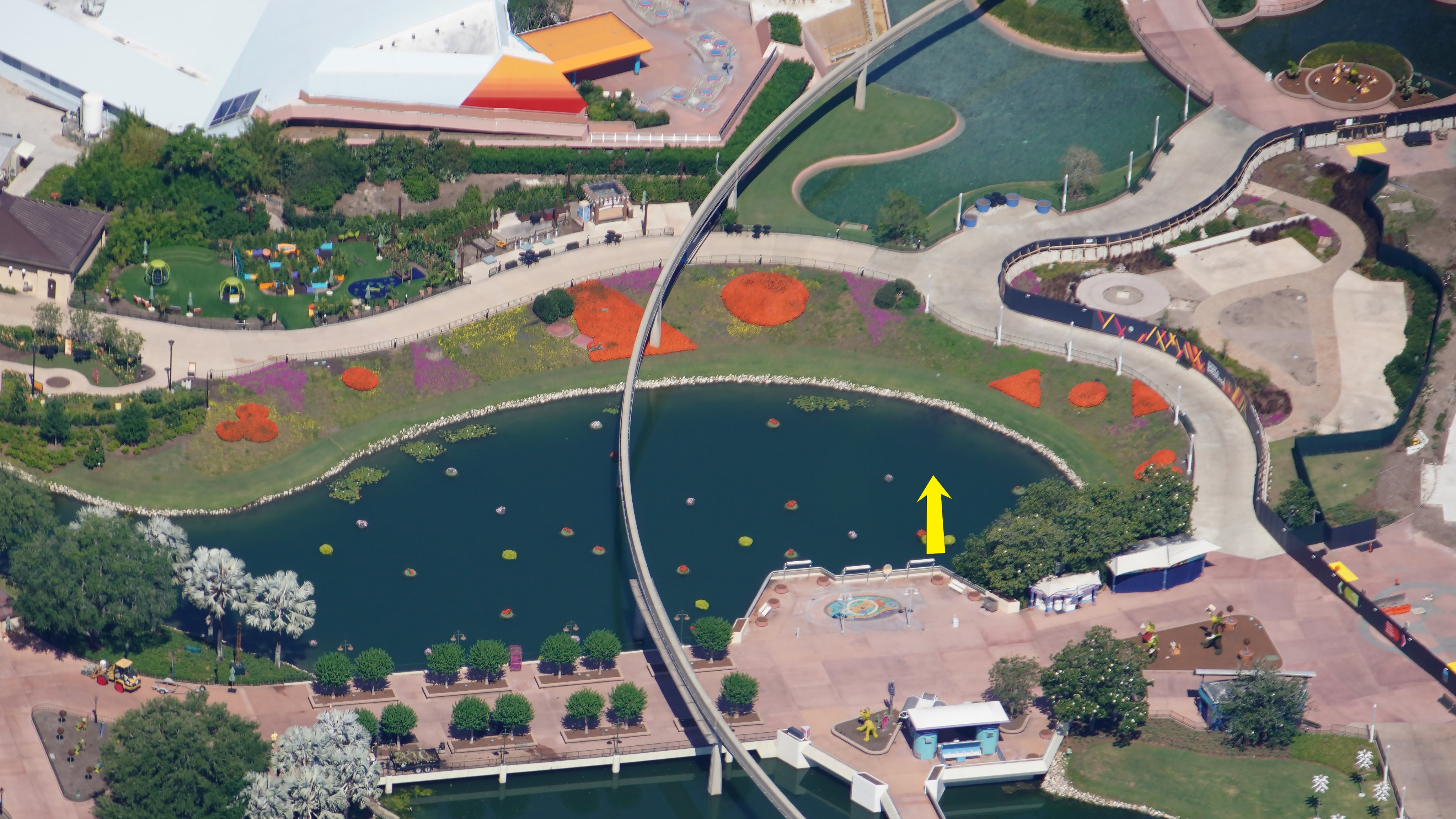 Despite Walt Disney World President Josh D’Amaro assuring us that the character topiaries across EPCOT were being maintained throughout the extended closure, new images from our favorite aerial parks photographer @bioreconstruct on Twitter show some interesting developments on the ground at the park. While maintenance and landscaping continues throughout the property thanks to the work of essential Cast Members, it seems entire sections of the guest-favorite EPCOT International Flower & Garden Festival flower quilts have been removed or left to wither, potentially hinting at an early end to the festival, which was cut short due to the COVID-19 shutdown.

The EPCOT International Flower & Garden Festival was originally set to last through June 1 before Walt Disney World Resort came to a full close on March 16 due to the health crisis. The earliest the resort is accepting reservations is starting June 1, however that in and of itself is not indicative of an official reopening date––which is still undetermined.

Not only was the Festival cut short, construction projects across the park––which is currently under heavy development for its planned reimagining––have come to a full halt. During this week’s Q2 earnings call for The Walt Disney Company, it was noted that there was a $900 million decrease in CAPEX spending anticipated for fiscal year 2020, mostly due to postponed construction due to the closures. That being said, many of these projects are now either significantly delayed or even potentially cancelled, depending on what state they were in when the closure hit.

Now, back to the Flower & Garden Festival––or what remans of it. When the park closed, the festival had been running for little over a week, and all of the green spaces were in full bloom.

And now, a closer look at these green spaces, as emphasized by @bioreconstruct‘s handy yellow arrows. This is what they looked like during @bioreconstruct’s flyover on May 4th. Entire sections of landscaping have been stripped or left to wither, with character topiaries left seemingly intact, but also sitting atop bare dirt.

The traditional flower blankets that line the Rose Walk connecting the Imagination! Pavilion and the World Showcase have now had many colored segments removed, likely the shorter-lived flowers, with just the orange circles and Mickey shapes remaining. Do note that it is typical for the horticulture team to replace the seasonal flower beds mid-festival for a refresh, however.

Here’s another before and after, this time focusing on the flower quilt by the Innoventions East bypass walkway.

The Goodness Garden Butterfly House structure remains standing at this time, with the butterfly topiaries still standing tall at the entrance.

When Walt Disney World reopens, it’ll likely do so in phases, possibly with a limited number of parks and experiences open to guests. Whether we’ll get to see EPCOT in bloom again this year is unknown, but at least there’s next year… right?