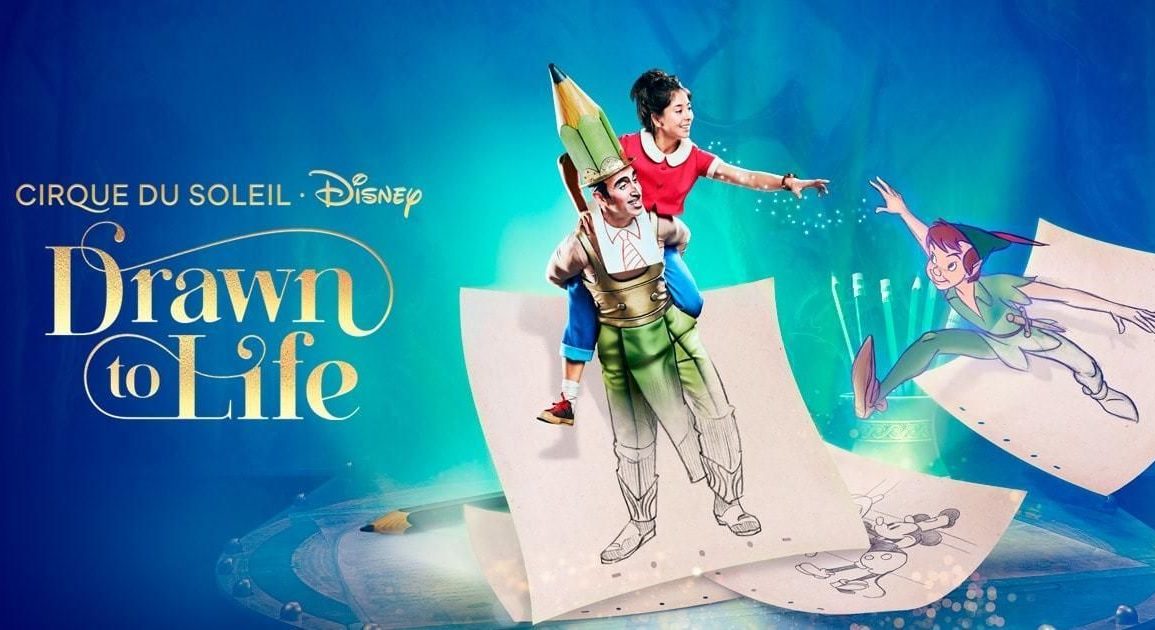 Due to the effects of the COVID-19 and the closure of its theaters and shows worldwide, Cirque du Soleil has filed for bankruptcy. However, in a new statement released to the Orlando Sentinel, Cirque du Soleil has indicated that their all-new production for Disney Springs, titled “Drawn to Life”, could potentially still debut this Fall.

“Drawn to Life” was meant to make its official debut on April 17, 2020. When the wave of COVID-19 closures hit, the debut was postponed indefinitely, and while no new dates have been announced, company officials believe the show may premiere in the Fall, considering there are no health and safety restrictions on shows. After laying off 95% of its employees in mid-March, the company has also released a statement addressing its employees on “temporary leave.”

“Employees for ‘Drawn to Life’ .. are being kept on temporary leave for the time being to ensure a swift and efficient return as soon as the ban on gatherings is lifted and show operations can resume.”

Cirque du Soleil has offered to replace or refund any purchased tickets for all showings impacted. Guests with any questions about their tickets should call the “Drawn to Life” hotline at (702) 352-0221.