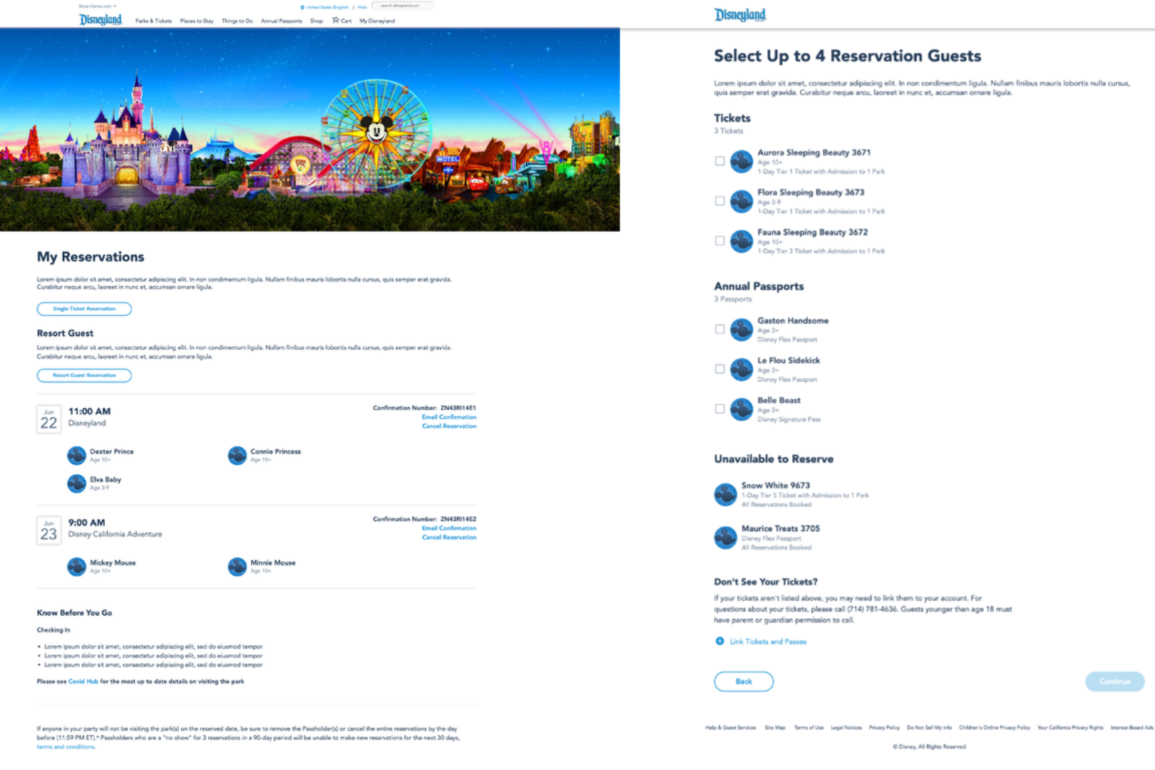 Just when we all thought we were FastPass and MaxPass experts; professionals of the ins-and-outs of dining reservations and room bookings at Disney Parks, the rug has been pulled out from under us with the introduction of the all-new Theme Park Reservation system at Disneyland and Walt Disney World. Disney has yet to release additional information on the new system, or how the system will exactly work, but a new thread on the WDWMagic forums reveals what the online reservation system will most likely look like at both resorts:

The screenshots were posted by well-known member flutas on WDWMagic’s Disneyland Resort forum, later boosted by Scott Gustin on Twitter. You’ll notice at the top that there’s a distinction between Single Ticket Reservations and Resort Guest Reservations, signaling at potential priority for resort guests, or at least that they’ll be coded differently under the system. The rest of the sections, such as the “Know Before You Go” on checking in, are filled in with placeholder text. Reservations must be made for each park on each day, potentially signaling the end of park-hopping, at least for now. Reservations are date and time specific, with a confirmation number assigned to each, and the ability to email the confirmation as well as cancel the reservation on the page. Do note the small print at the bottom stating that if Passholders no-show for 3 reservations in a 90-day period, they will be unable to make new reservations for the next 30 days.

Reservations must be cancelled before 11:59 PM the day before the reservation is scheduled for.

Within each group, ticket holders are separated from Annual Passports, with a maximum of 4 reservation guests shown. You can see a section at the bottom for those “Unable to Reserve” due to an excess of reservations. Walt Disney World has already stated that the total reservation days held at one time by passholders will be limited.

Next
Every New Release Coming to Disney+ in July: “Hamilton” and “Muppets Now” Premiere, and “A Pre-Opening Report of Disneyland” Special from 1955