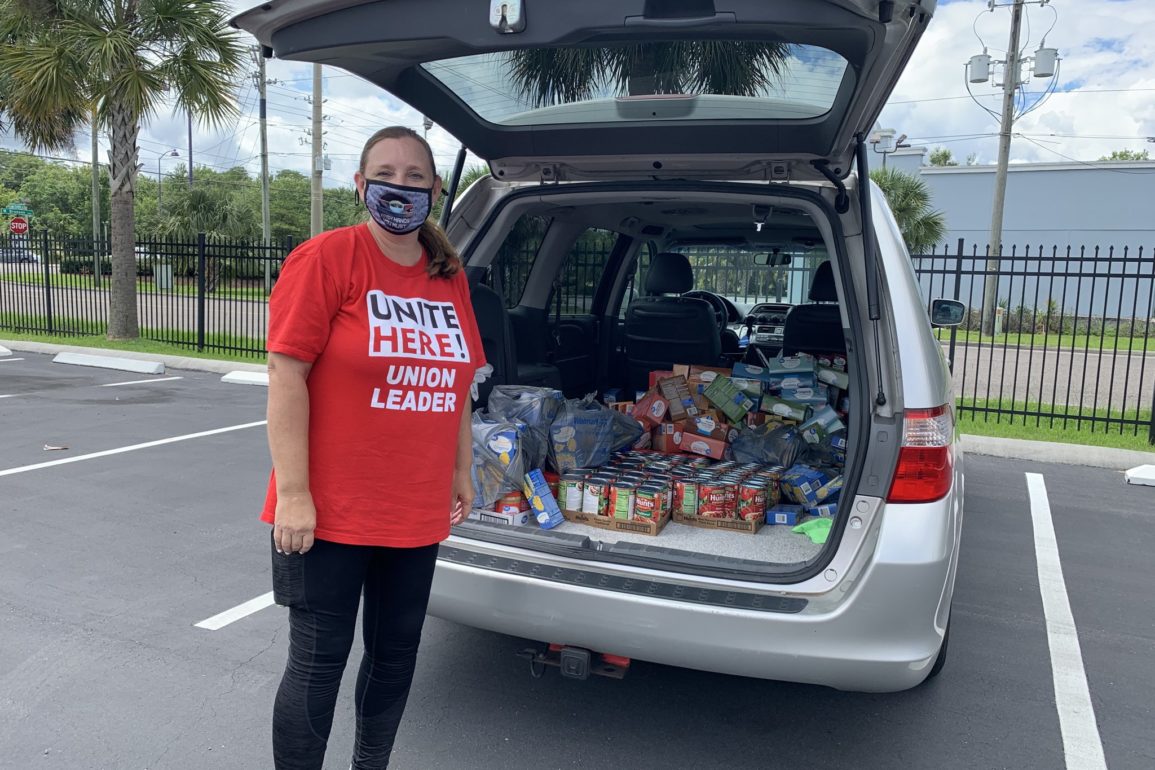 Furloughed Cast Members are having a hard enough time with the theme parks being closed, such as struggling with issues with securing unemployment benefits despite auto-enrollment. Yet after weeks of Walt Disney World being closed, Cast Members are facing a new struggle of not being able to get the necessities from food pantries due to high volumes of unemployment in the Orlando area.

Many in the community, including other Cast Members, have stepped up during these hard times to start up a donation-based Cast Member Pantry, to try to help others. As time has gone on, more and more people need help and the supplies are running out faster than can aid many.

Tara Jordan spoke to Fox 35 Orlando about the operation that Unite Here has aided with. The organization gave over 650 bags of food away by 10:30 a.m. on Friday, June 19. The official start time was 11:00 p.m., leaving anyone that arrived late going home empty-handed.

When speaking to Fox 35 Orlando, Jordan expressed her sadness about the current situation many Cast Members have found themselves in due to COVID-19 causing many closures. “It’s so sad. We always try when we send out blast texts to please arrive early if the traffic becomes a concern. They don’t know when they’re going back to work. They’re calling back small portions, but it’s not everybody right now. People are still hungry.”

Many furloughed Cast Members have become dependent on these food drives and pantries in order to keep providing for their families right now, driving from all distances in order to make ends meet.

Cast Member Rosemarie Jean-Louise also spoke to Fox 35 Orlando about her growing concerns when it comes to providing for her own family. Jean-Louise arrived at 11:00 a.m. to find no food available. “I live in Poinciana and come here. It’s not fair. I need some money. I need to pay my bill.”

Although many full-time and part-time Cast Members are starting to be called back to work ahead of Walt Disney World reopening, there are still many that are eagerly awaiting the call when they can return as well. With not every restaurant or attraction reopening, many Cast Members are fearful of how much longer they will remain furloughed.

Next
VIDEO: Disney+ Reveals Trailer and Poster for “Into the Unknown: Making Frozen II” Premiering June 26