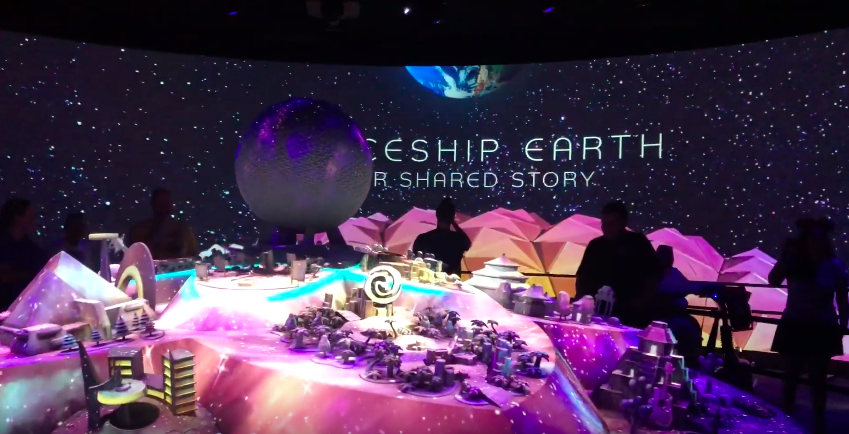 With the official reopening of EPCOT today, we passed by the EPCOT Experience and noticed some minor changes to the film that plays inside the projected theater that could entail big problems for recently-announced reimaginings and projects coming to the park.

Most notably removed from the show that plays at the EPCOT Experience is that of the Spaceship Earth: Our Shared Story reimagining and the Mary Poppins “Cherry Tree Lane” Neighborhood project coming to the UK Pavilion.

The Spaceship Earth reimagining was set to begin on May 26th, despite a $900M decrease in CAPEX spending on the parks due to postponed or cancelled projects. However, due to park closures and said budget cuts, the park reopened with an untouched version of the beloved attraction. We first broke news on the closure back in October 2018, and if the reimagining still takes place, we expect it to last about two and a half years as part of the park’s massive overhaul, which includes a new building for the exit of the attraction.

Originally thought to become a flat spinner ride, the Mary Poppins project was expanded into its very own neighborhood in the form of “Cherry Tree Lane”, and announced at last year’s D23 Expo. No opening date was ever revealed for the project. Not only was the Mary Poppins segment removed from the show, but the attraction serigraph, photo op, and exhibit case have also been removed from the EPCOT Experience.

The removal of these segments does not indicate that they are necessarily cancelled, but given the need to postpone many projects, they may have been pulled to temper expectations from guests. You can view the new show in our YouTube video below:

If you’re curious as to what the Spaceship Earth: Our Shared Story and Cherry Tree Lane segments looked like in the initial EPCOT Experience show, you can also check out our full YouTube video below: